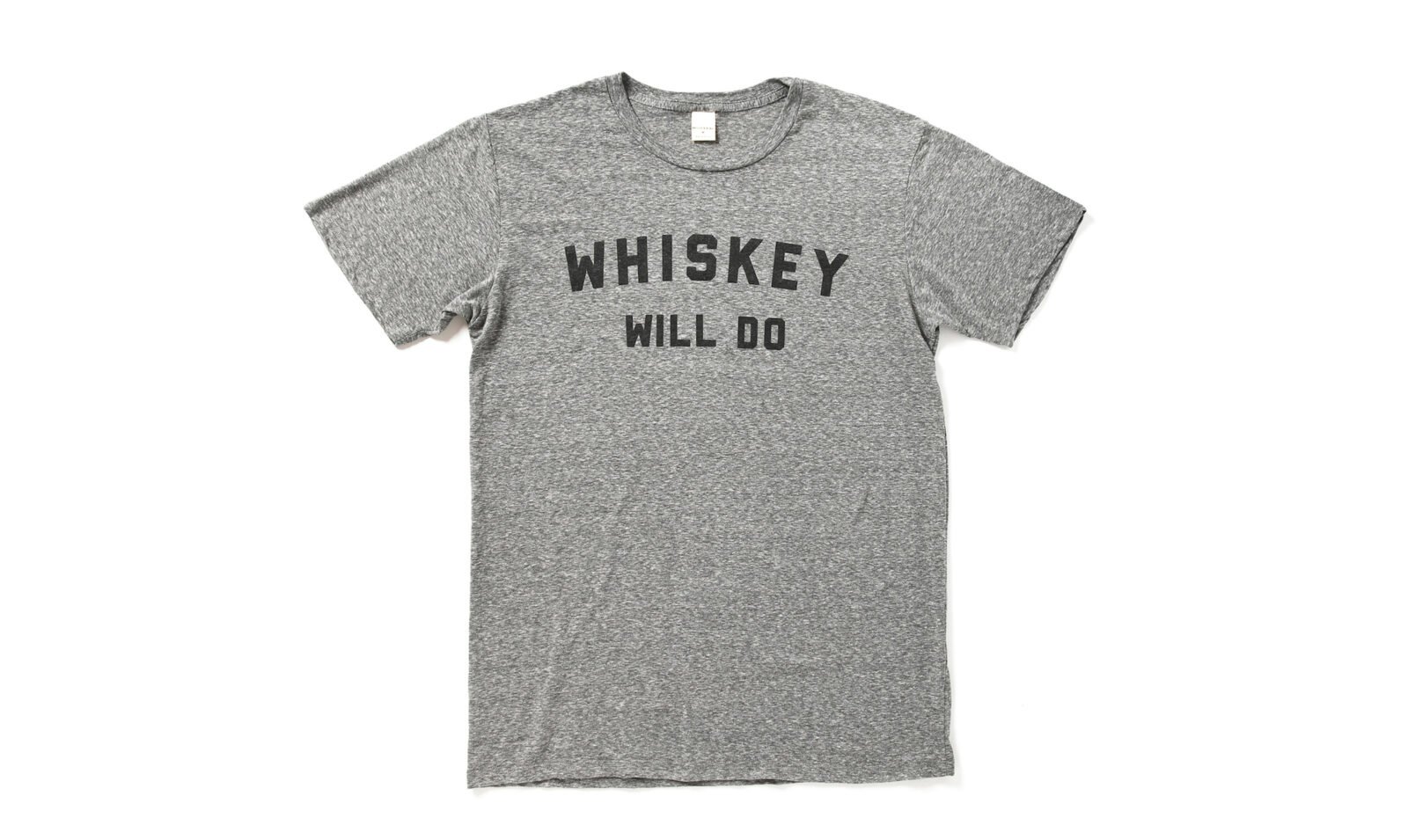 The Whiskey Will Do t-shirt by Bridge & Burn is one of their more popular designs, probably because it carries a simple message that we can all relate to. Bridge & Burn is a Portland, Oregon based company that makes all of their t-shirts in San Francisco before printing them locally in Portland.

Company founder Erik Prowell strives to run Bridge & Burn ethically, donating 1% of sales to different charities on a quarterly basis, and sourcing their materials from factories with excellent working conditions.

The Whiskey Will Do tee comes in sizes from S through to XL, it’s made in the USA from a soft blend of 25% cotton, 50% polyester, 25% rayon, with a hemmed collar, sleeves, and waist. The color is a medium grey and the font is a simple black sans serif printed in a style similar to vintage athletic tees.

Bridge & Burn will be donating 1% of proceeds from this quarter to Portland YouthBuilders (PYB), an award-winning program of high school completion, college preparation, and vocational training for low-income youth who are motivated to finish high school and learn a trade.

PYB’s mission is to support young people who are committed to changing their lives to become self-sufficient, contributing members of the workforce and their community.

This 1912 Indian Board Track Racer is a pristine restoration by globally recognised expert Jim Prosper. Prosper is one of the finest restorers of Indian board track racers in the world, his restorations are considered some of the most authentic, factory-specification examples and they’re rebuilt using nearly all early factory parts that are painstaking sourced from…

VAER Watches was founded by Ryan Torres and Reagan Cook in the USA to build watches that could be worn anywhere – from the office to the Ozarks and everywhere in between. The company assembles all of their watches in the United States using Swiss Quartz movements to ensure both excellent reliability and an affordable…

The Knucklehead V-twin fitted to the Harley-Davidson EL is doubtless one of the most famous motorcycle engines of all time, and it’s certainly one of the best-known American V-twins of the 20th century. The name “Knucklehead” was coined by the EL model’s owners after the distinctive rocker boxes atop each cylinder – they have curved…