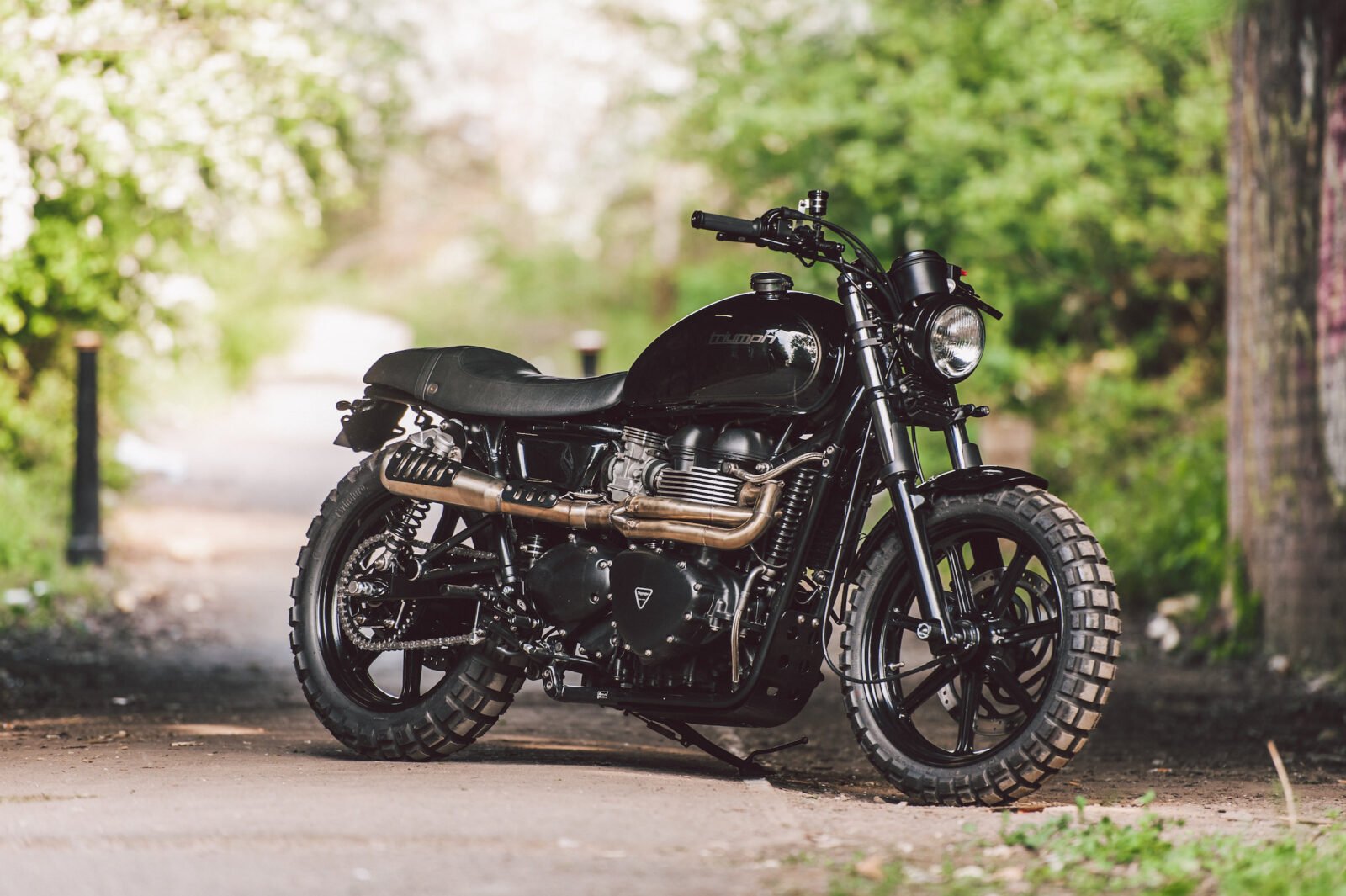 This article was written by Rahul Sinroja, the owner and founder of Sinroja Motorcycles. When possible we like to bring you an article written by the person who built it, to cut out the middle man and give you direct insight into their methods and thought process.

The idea was to keep the build simple and effective. It was a personal build aimed for a particular event – the Malle Mile. We had the bike as daily commuter and when Malle Mile was round the corner we thought to mod the stock bike up for a fun weekend off road. We love simple effective customs, just the right changes to make it look unique but still practical everyday bike with elegance.

We had visitor come to shop whilst we had the bike on the bench and he loved the look of it and ended up buying it before we got a chance to take to Malle. But that’s business and we guess we must have done a decent job for someone to just buy it by looking at it first time in works. 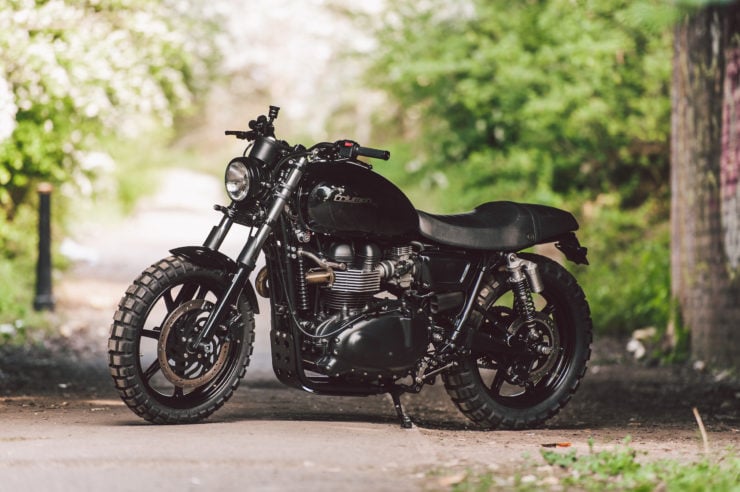 It’s a great budget build for someone who just want to enjoy riding without worrying about the high price tag or bike being damaged etc. whilst still looking good and having fun! The client wanted exactly that so as always we delivered what client needed.

The build as all our builds starts from a thorough look through every single parts on the bike. Based on the design, budget and clients requirements each component gets looked at.

The front end got overhauled using brand new TEC suspension set up with preload adjusters making it easy to adjust the handling. Wheels got blasted and repainted all black instead of black / silver SE spec. Mudguard got chopped and clean up. Forks, yokes all repainted to bring the life back into them. TEC also provided some billet machined carb / EFI tops, rear passenger footrest blanks and sump guard.

Then came the tank, we wanted to keep it subtle so went with all metallic black paint with gun metal grey stripes and modern triumph logo. TEC also provided Monza fuel cap along with some really nice gel coated side panels which were painted black again with gun metal lines. The seat is aftermarket triumph part to keep the costs down. 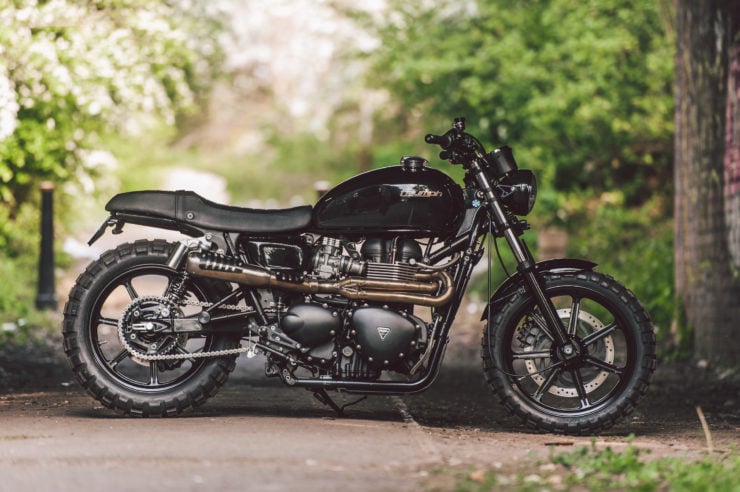 We swapped the lights with aftermarket headlight and brackets along with some Rizoma bullet indicators which work as tail lights, brake lights and indicators in one. TEC also came through with nice tail tidy and number plate holder.

In the rear we repainted the wheels and swingarm and put some new chains and sprockets to give the bike new lease of life with some TEC rear shocks. We also adapted TEC rear sets using BMW R100RS rear master cylinders for rear brakes to keep the clean look.

Lastly we cleaned up the engine, gave it fresh filters and oil along with full high level stainless TEC exhaust system that sounds amazing. We dyno tuned the motor and did a nice map which runs slightly rich on overrun to pop and spit fire through the sweet exhaust system. 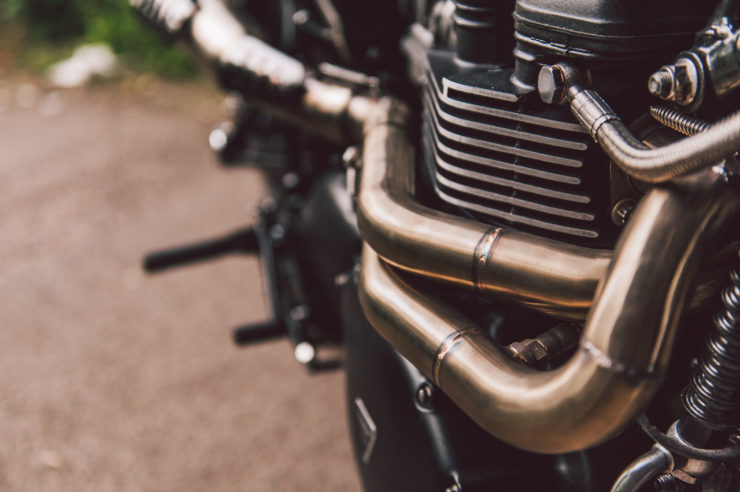 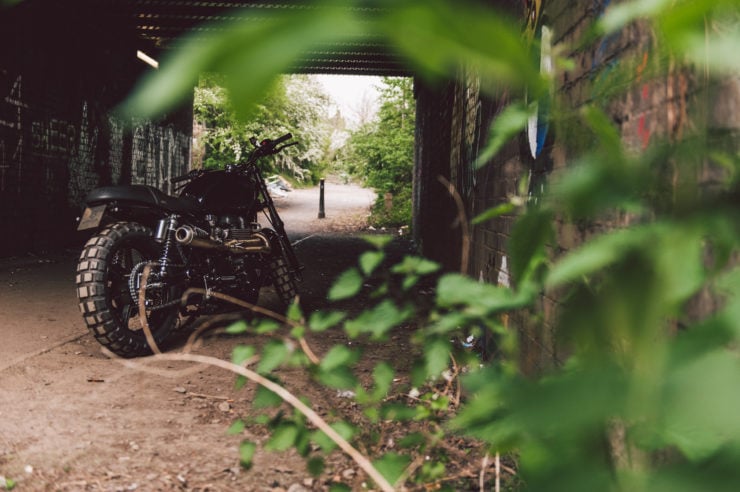 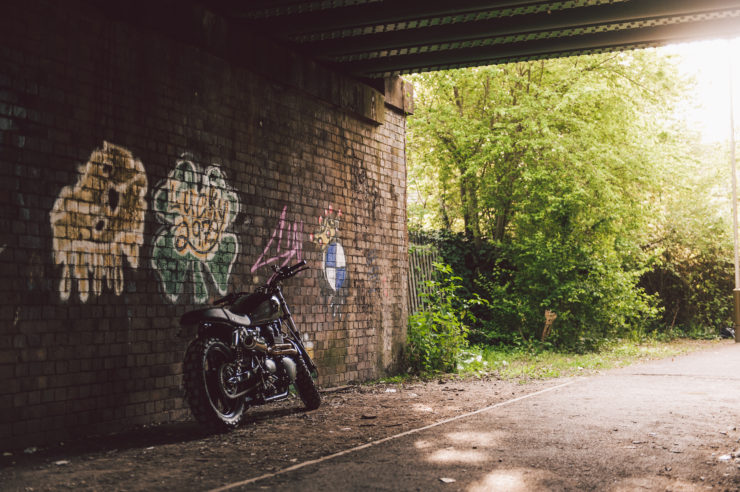 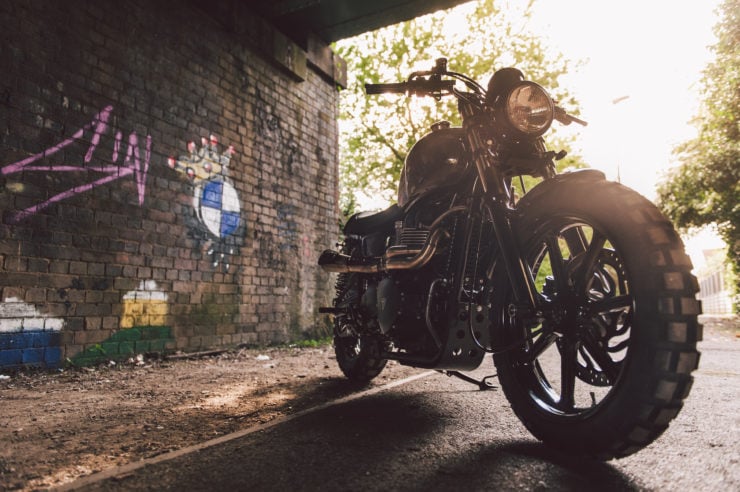 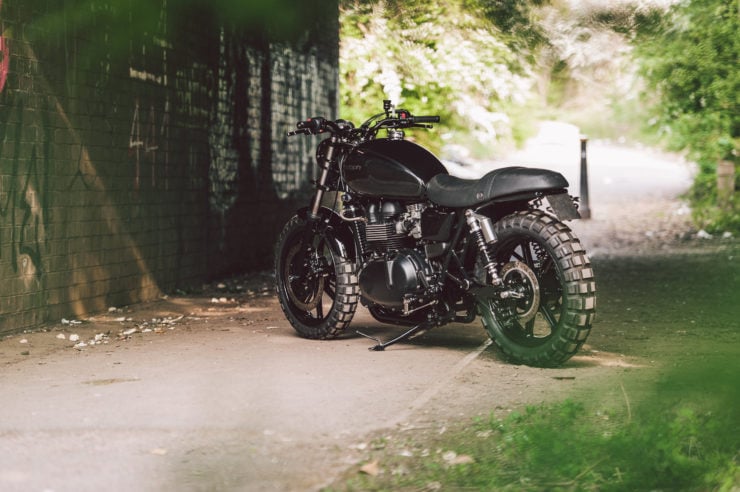 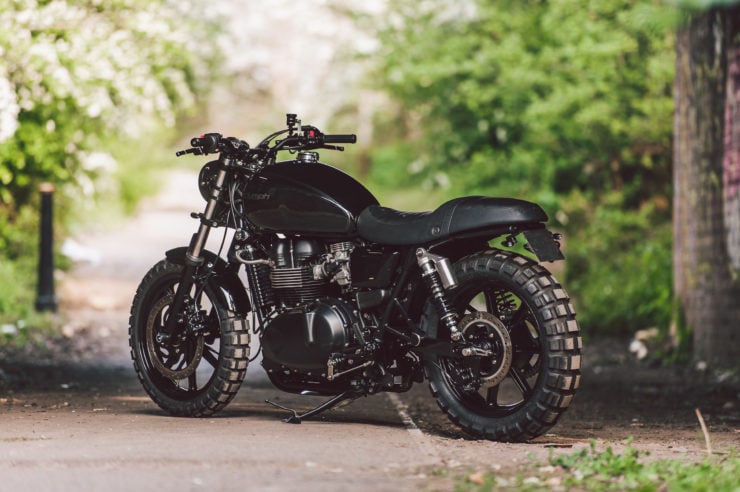 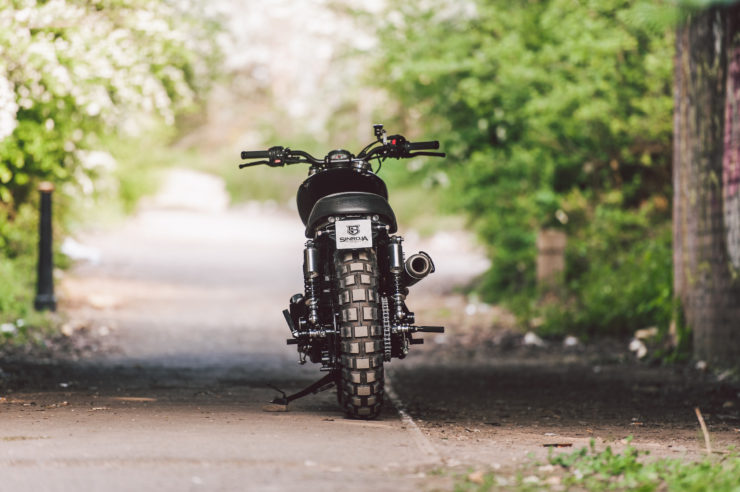 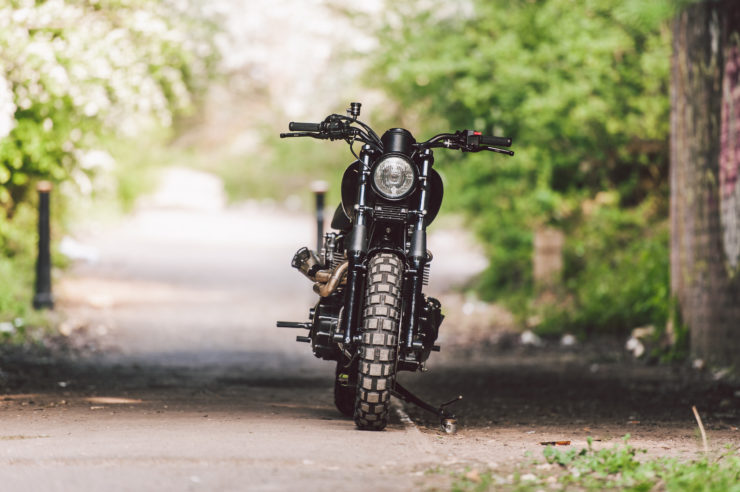 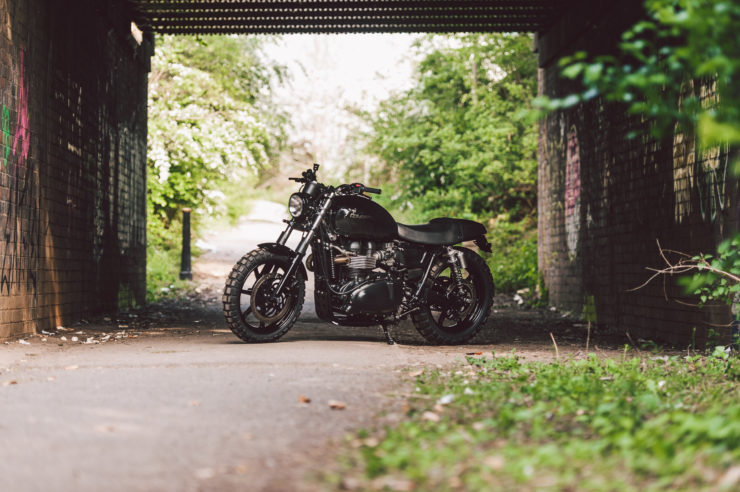 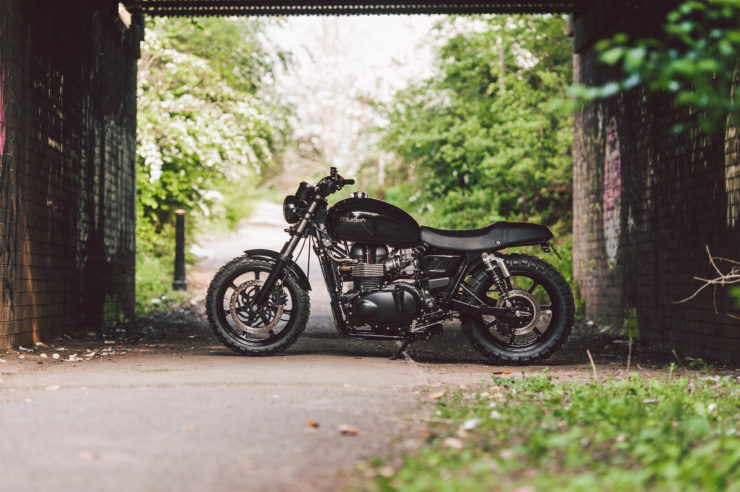 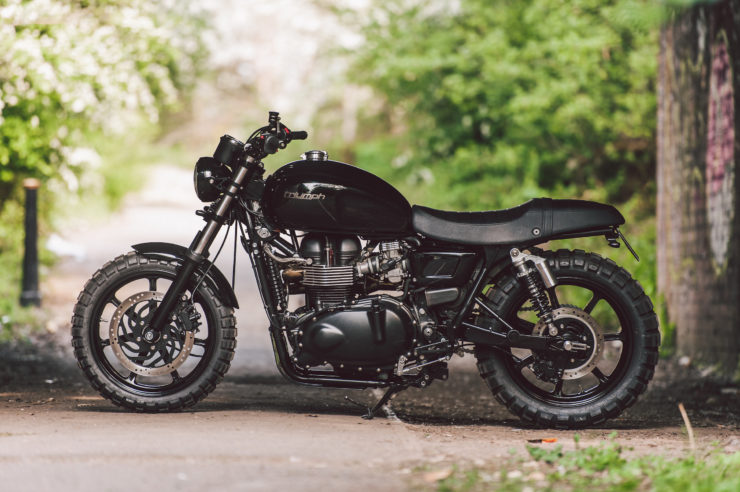 In this article by Jon Branch we take a look back at the history of storied British motorcycle maker Brough Superior, and we take a…

There can’t be many vehicles in the world that can boast of former owner provenance as varied as this 1975 Rolls-Royce Silver Shadow. It was…

The BSA B50 MX was the final competition motorcycle ever built by BSA, a proud British motorcycle manufacturer who had built a staggering number of…

This is an original police motorcycle from Switzerland, it was first deployed in Canton de Fribourg before being transferred to Canton de Solothurn to complete…

The Ford Thames 400E was released in 1957 to compete with similar vans built by the likes of Volkswagen, Bedford, Austin, and Morris. The “Thames”…

Williams: The Legendary Story Of Frank Williams And His F1 Team In Their Own Words is a must-read book about one of the greatest…