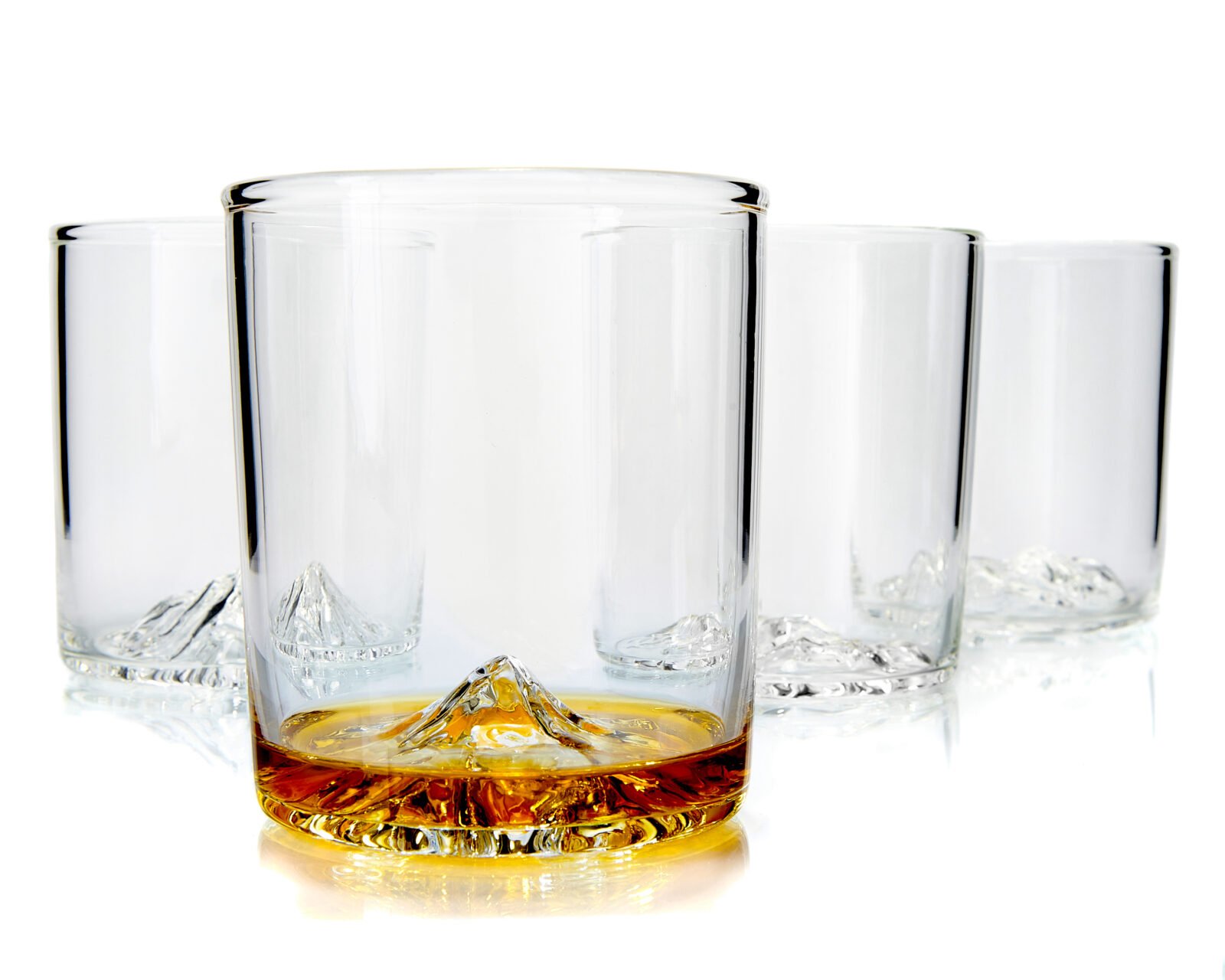 This collection of four hand-blown whiskey glasses each have a three dimensional topographic impression of one of the Pacific Northwest’s greatest mountain peaks in their base. The mountains are Mount Rainer, Mount Hood, Mount Shasta, and Mount Olympus.

Due to the way the mountains are pressed into the base of the glass when it’s being formed, the whiskey in the glass slowly recedes down the sides of the peaks as you drink, and when you can clearly see the foothills you know it’s time for a top up.

This series of glasses is only sold by the outfitter company Huckberry who work closely with Whiskey Peaks on each of their limited releases.

Each glass includes a detailed 3D topographical mountain impression in its base, with the name engraved next to it.

Each one of these glasses is hand blown by expert craftsmen from ultra-strong unleaded glass that’s perfect for showcasing the fine details of the topographic impressions.

While the company is called Whiskey Peaks the glasses are, of course, more than suitable for any kind of alcoholic spirit, from vodka and gin to rum, tequila, or the occasional cheeky glass of absinthe.

Each set includes all four glasses, and they come carefully packaged in a rectangular box which doubles as their storage case between uses. 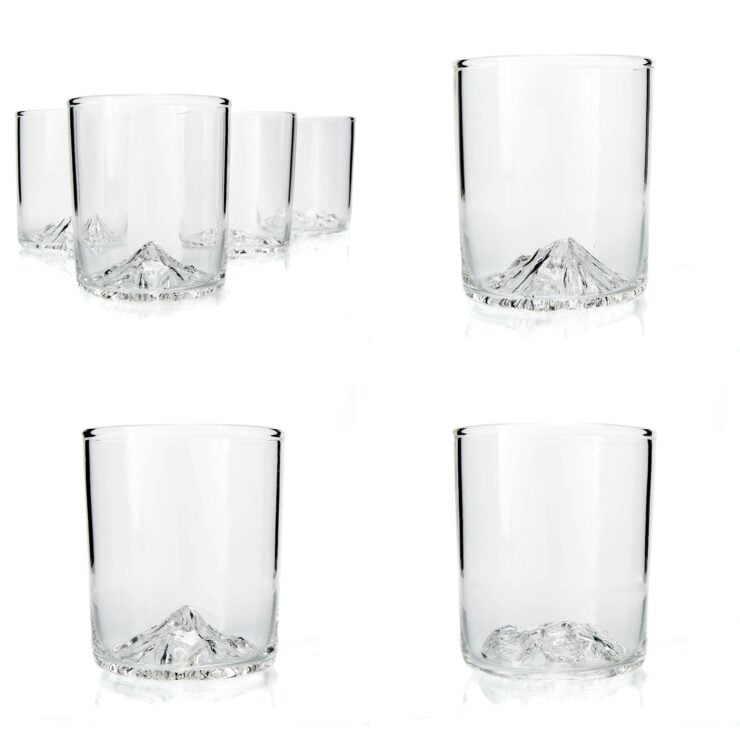