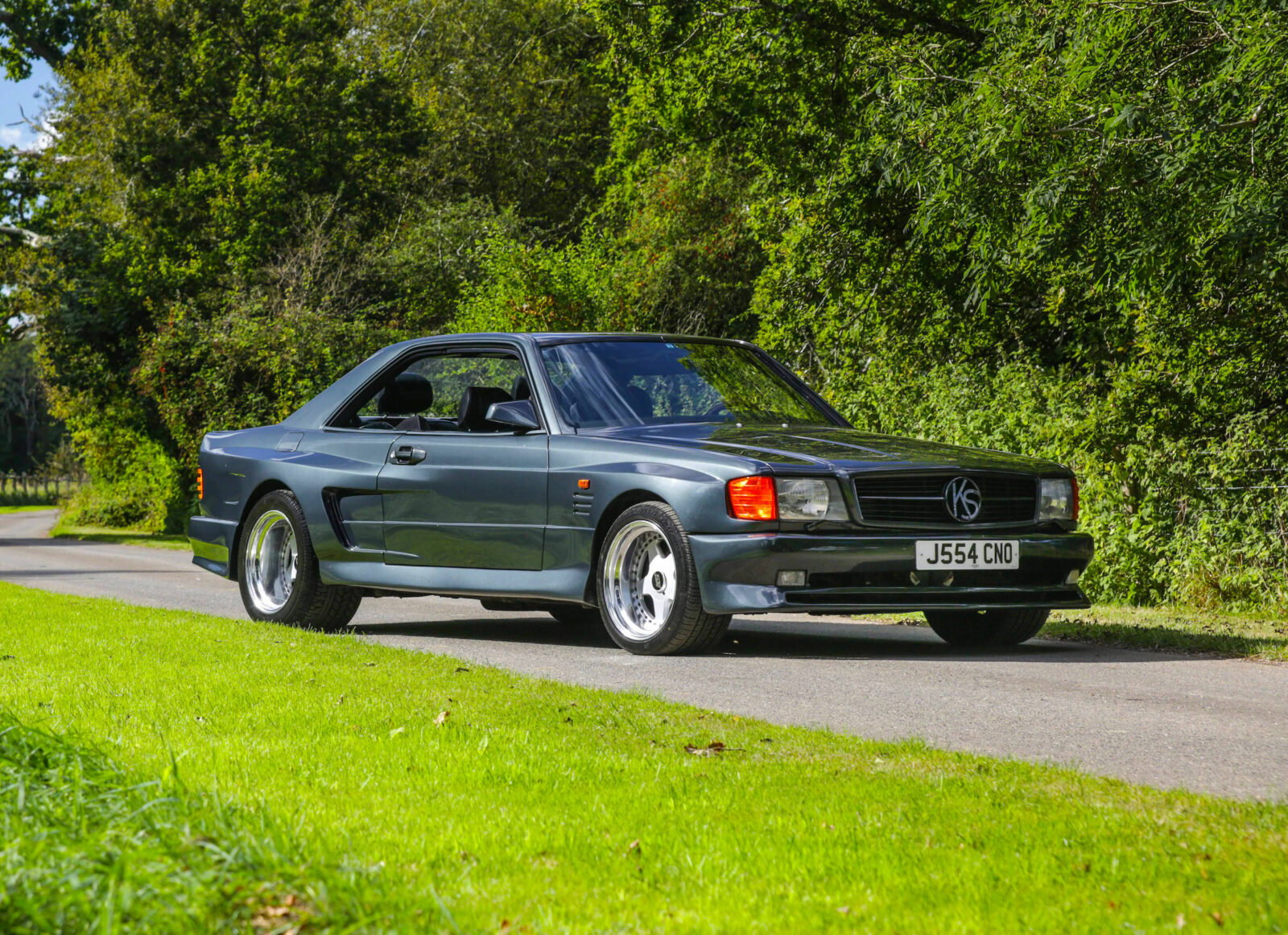 This is a rare original “Koenig Specials” Mercedes-Benz 560 SEC, it’s a significantly modified 560 SEC built by one of the most influential German tuning houses of all time, and it now produces 400 bhp thanks to its bolt-on supercharger.

Koenig Specials became icons in the 1980s and 1990s, the company was one of the world’s first outlandish tuning houses best remembered today for their 986 bhp Koenig Competition Evolution – a twin-turbo Ferrari Testarossa that angered Enzo Ferrari so much he insisted (with the threat of litigation) that all Ferrari badging be removed from the car.

The Koenig Specials tuning company was founded by successful racing driver and entrepreneur Willy König in Munich in 1977. König had made his fortune in the publishing industry and became a racing driver in 1961 with the purchase of a Formula Junior Cooper from Formula 1 driver Wolfgang von Trips. 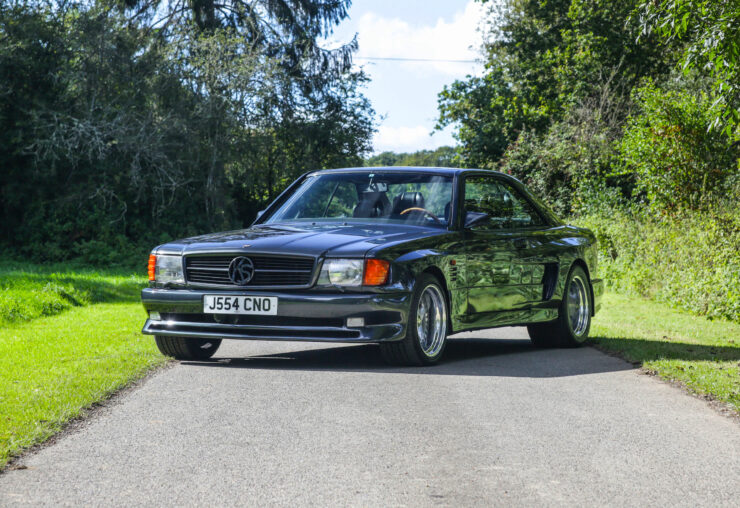 Cars built by Koenig Specials became famous for their wild bodykits and outlandish performance. Tuners of this nature are commonplace now, but Koenig Specials was one of the earliest and most influential.

Far from being just another gentleman driver at the back of the grid, Willy was fast. So fast in fact that he won the Deutsche Bergmeisterschaft (German Hillclimbing Championship) in 1962 driving a Ferrari 250 GT SWB.

This would lead to the beginning of a friendly relationship with Enzo Ferrari who threw a party at Ferrari headquarters in Maranello to celebrate König’s remarkable achievement.

The two men didn’t know it at the time, but a few years later their friendship would end acrimoniously, with Ferrari threatening legal action unless König removed all Ferrari badging from the cars he was modifying.

Upon (temporarily) retiring from motor racing in 1969, Willy König began tuning exotic cars to further improve their performance and their on-track ability.

The first car he modified in this way was the Ferrari 365 GT4 BB, other owners saw the changes he had made to the car and requested he do the same to theirs – and thus the business was born.

His goal was to “make Ferraris proper sports cars again,” which undoubtedly drew the ire of Enzo Ferrari. By the 1980s he was making “Koenig Specials” versions of cars from a number of different manufacturers including Mercedes, Porsche, Jaguar, and Lamborghini, alongside their popular Ferrari offerings. 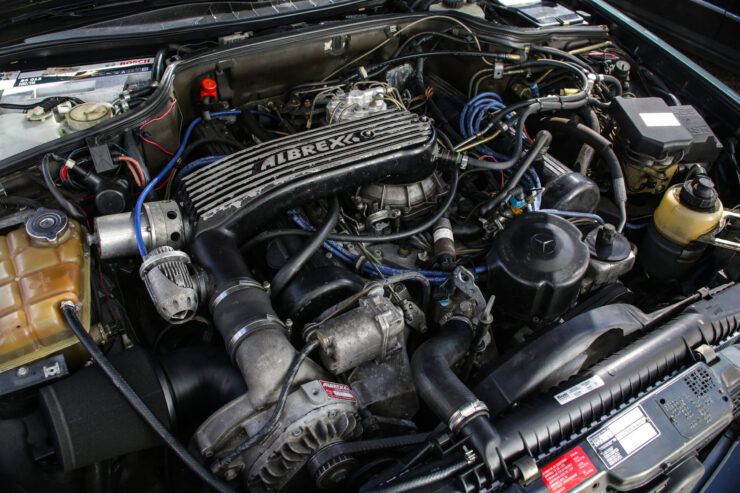 The Albrex supercharged 5.5 liter V8 is an all-alloy Mercedes unit with a single overhead cam per bank and 400 bhp.

The most famous Koenig Specials creation is undoubtably the above mentioned Koenig Competition Evolution, a wildly modified Ferrari Testarossa with almost 1000 bhp thanks to a vast array of modifications in the engine bay, most notably the large twin turbochargers.

Although a much smaller company nowadays, Koenig Specials is still in business. They’ve eschewed the idea of having dealers or representatives, and now only sell kits and parts via their own decidedly retro website.

One of the cars modified by the company in the 1980s and 1990s was the venerable Mercedes-Benz 560 SEC, the ultra-luxurious German GT car capable of 155 mph in stock trim.

Willy König realized that the large 5.5 liter V8 was relatively unstressed in the tune it came from the factory, so working with his team he developed a series of modifications for the car to improve performance drastically, and to fundamentally change the look of the car with one of the company’s signature bodykits.

Under the hood they fitted an Albrex supercharger and a new exhaust manifold, with the ECU tuned to match. Uprated suspension and brakes were fitted as each of the four corners along with gold and polished alloy BBS wheels. 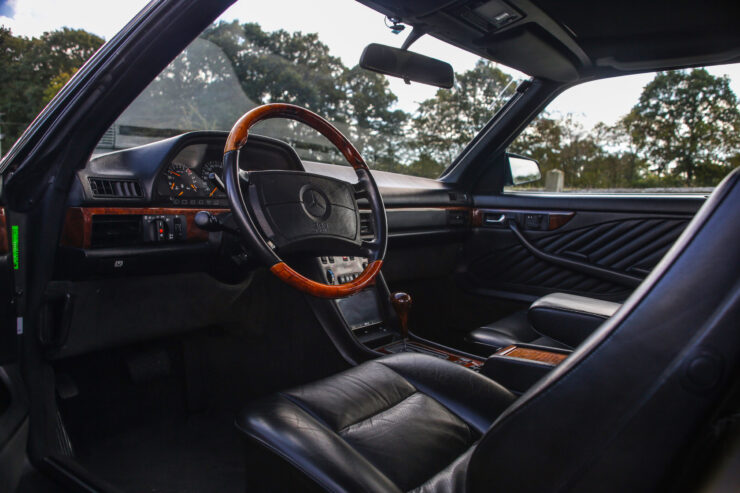 The interior of many cars built by Koenig Specials remained largely unmodified. The company was dedicated to speed and performance, and many of the cars they built already had luxuriously appointed interiors.

Depending on which year you placed your order you would have received one of two bodykits, version one or version two. Version one has Ferrari Testarossa-like side strakes leading to the rear wheel arch and version two has a more traditional air inlet in the same location – both include flared wheel arches and an optional rear wing.

With 400 bhp and 369 lb ft or torque the Koenig Specials version of the Mercedes-Benz 560 SEC was considerably faster, louder, and more visually impressive than the car it started out as. They were sold in Europe, the United States, and as far away as Japan.

The car you see here is a 1990 model with a version two body kit, it comes with a Koenig-supplied Certificate of Origin and original brochures and it has Blue-Black Metallic paint over a Black leather interior.

This car was “The Youngtimers” Class Winner at the 2021 London Concours, it was imported into the UK from Japan in 2014 and the owner has had £15,000 worth of work done to the car since. It will come with a spare wheel, tool kit, warning triangle further to paperwork including import documents and selected invoices and MoT certificates.

If you’d like to read more about this unusual Mercedes you can click here to visit the listing on RM Sotheby’s. It’s due to roll across the auction block on the 6th of November with a price guide of $170,000 – $205,000 USD. 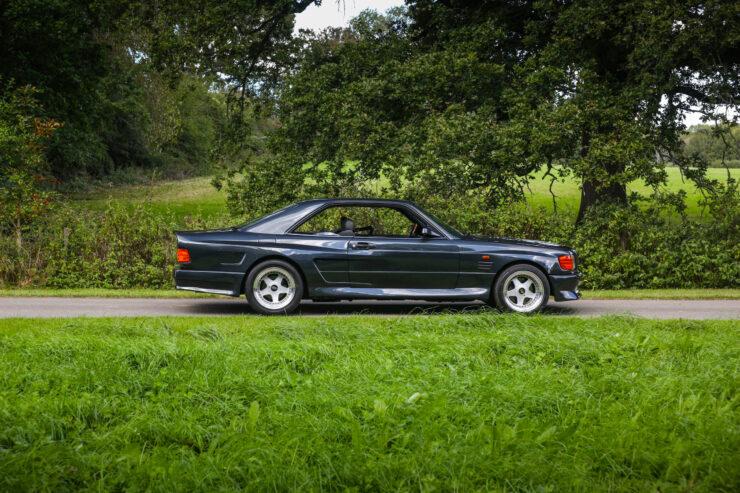 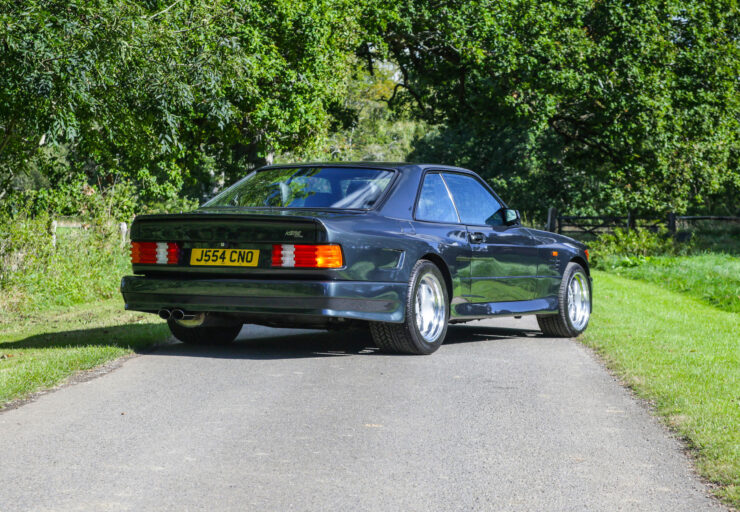 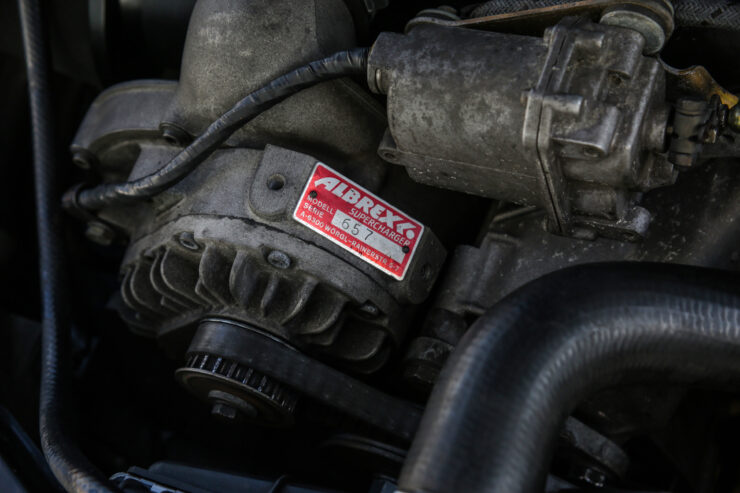 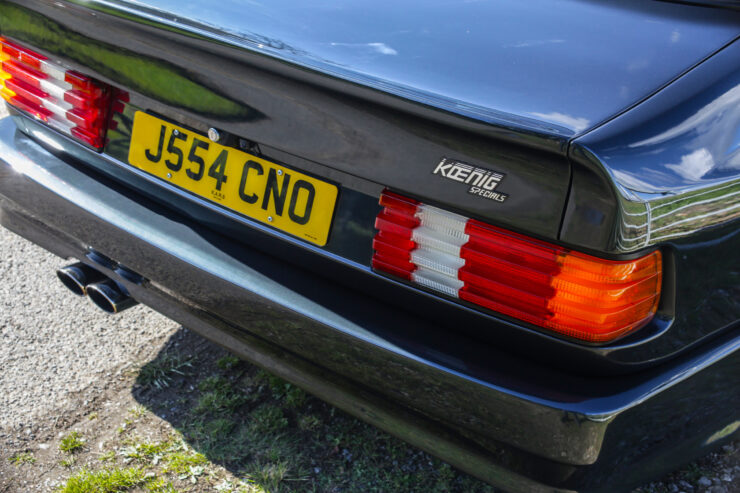 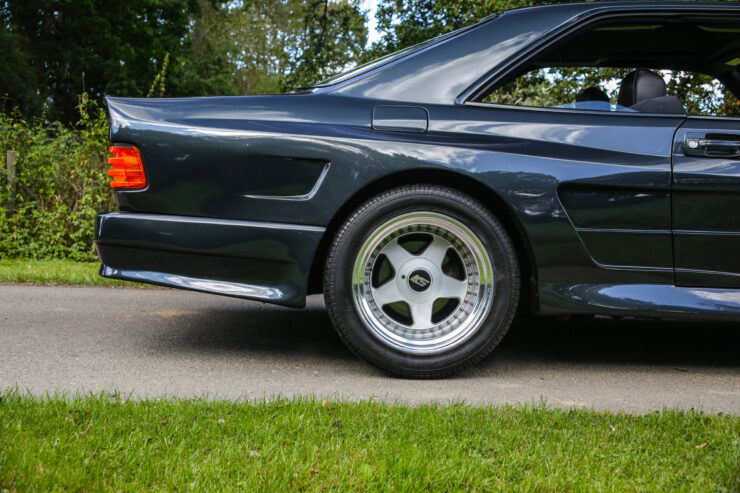 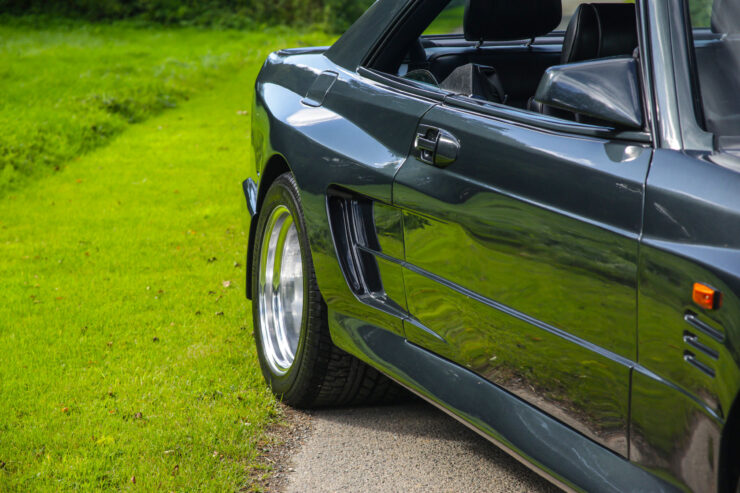 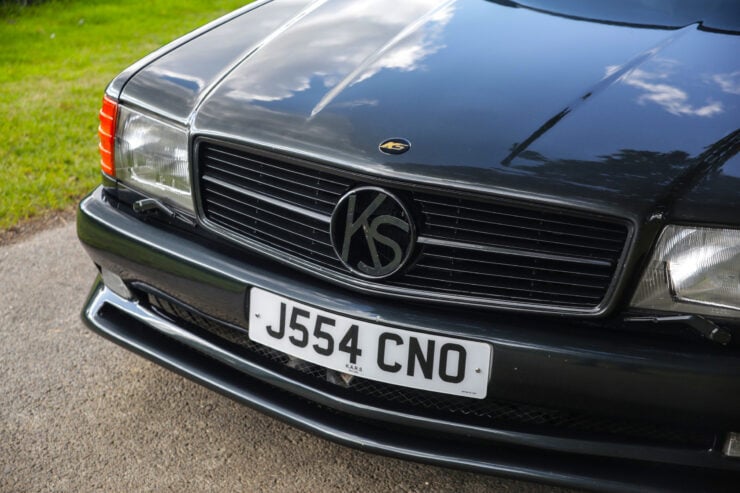 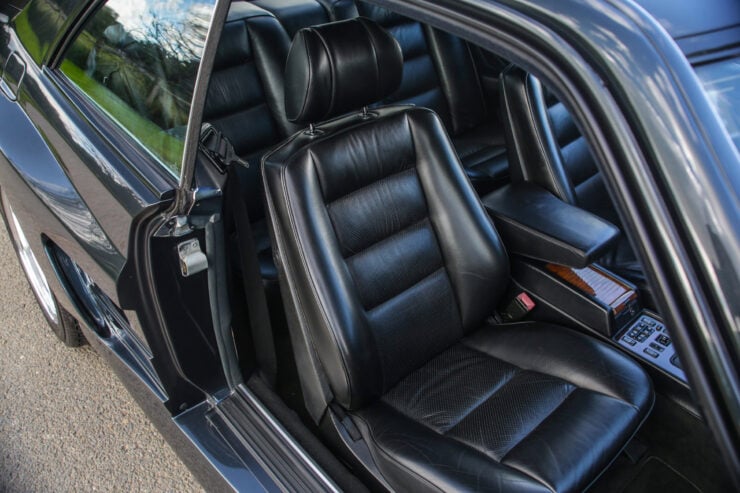 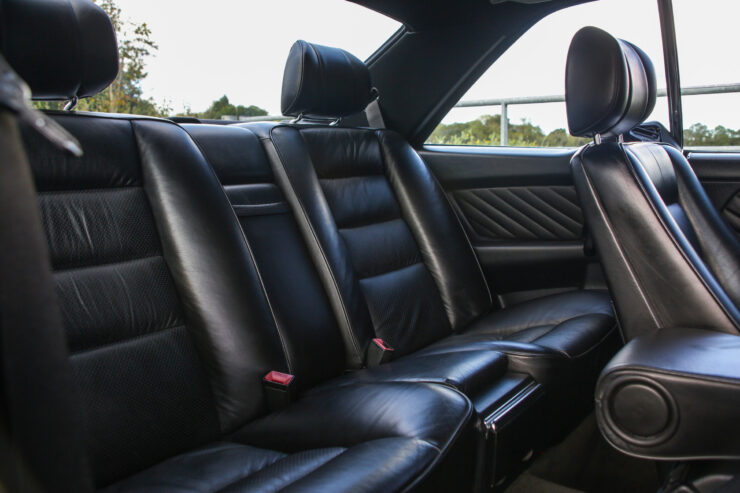 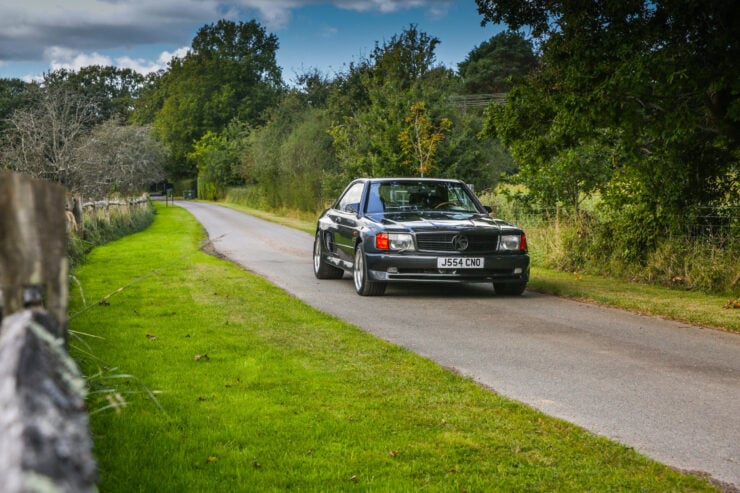 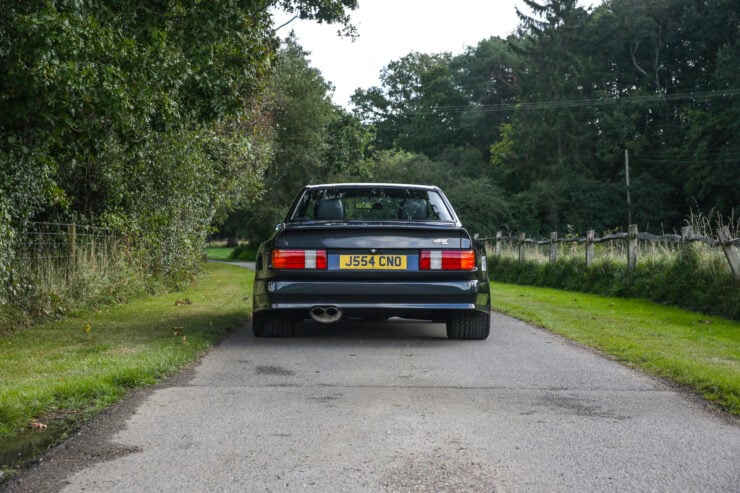 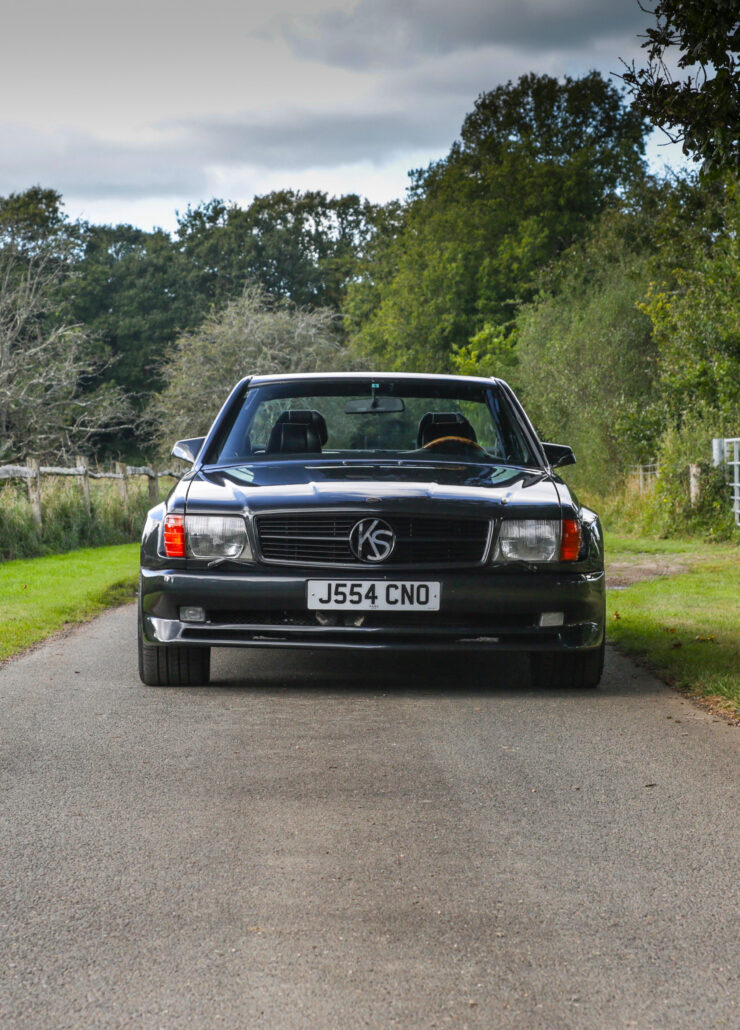 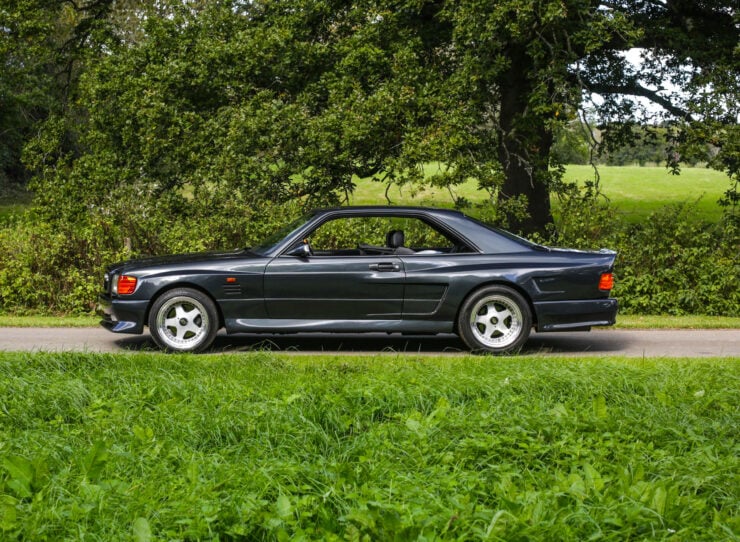 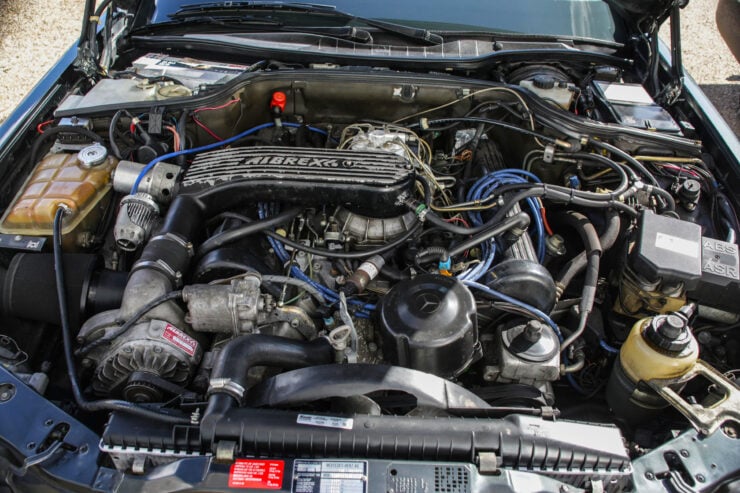 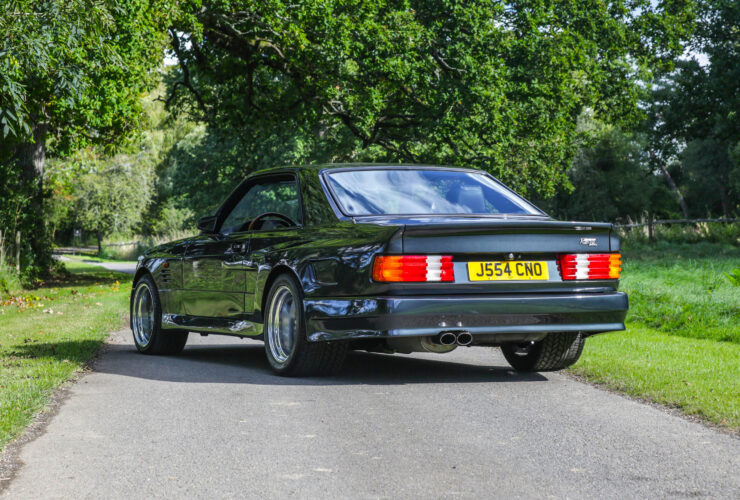