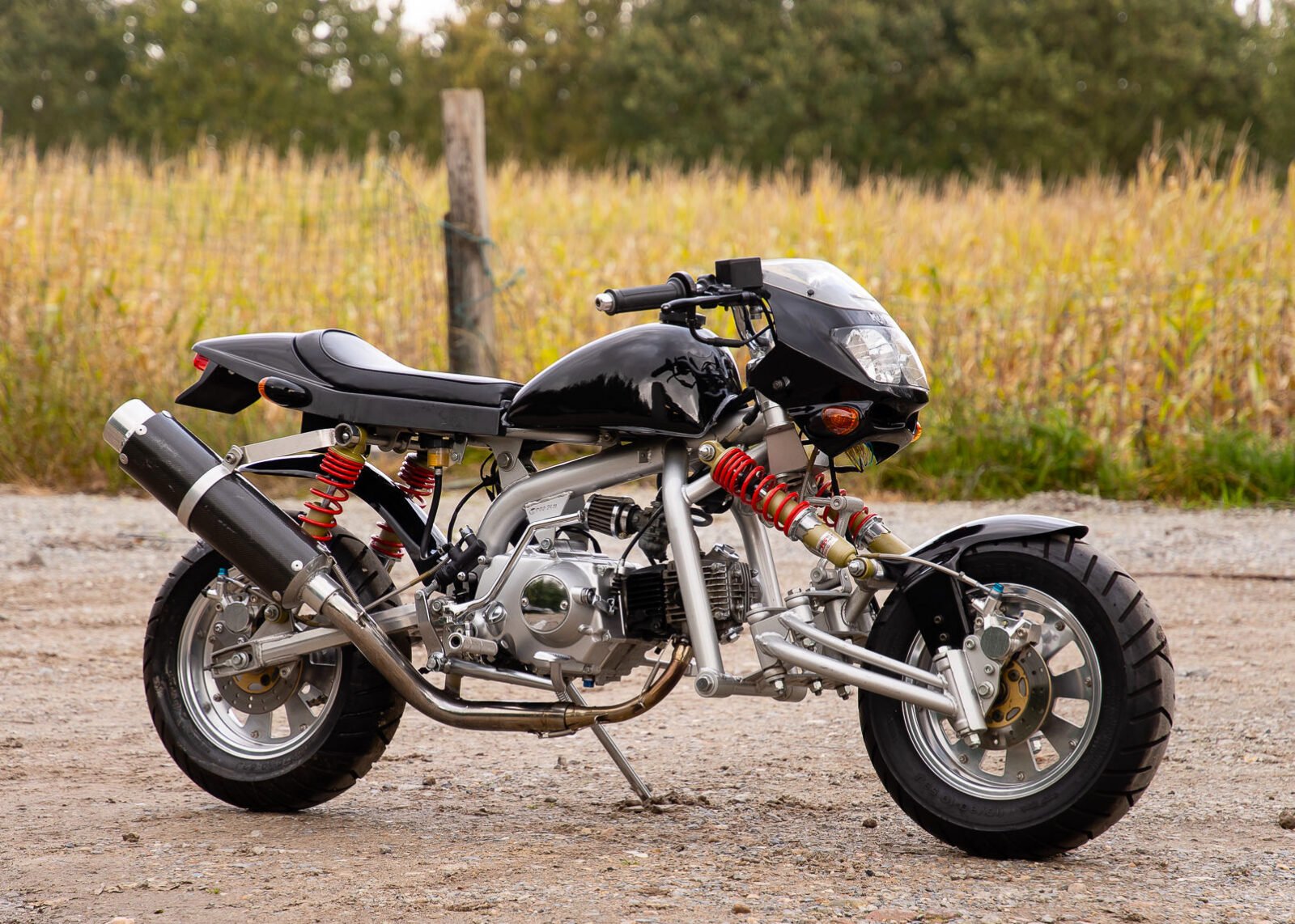 There can be little doubt that this is one of the strangest vehicles we’ve ever featured on Silodrome. It’s so strange in fact that the little information we can find about it is all in Japanese, it appears that it’s never before been covered by an English language publication.

What we do know for certain is that this bike uses a frame kit from Daytona Company Ltd based in Japan, only 50 of them were made, with the example you see here believed to be the only road-legal example in the world.

The Honda Monkey is one of the most recognizable motorcycles ever designed, but few know that the production version of the bike came about almost by accident. 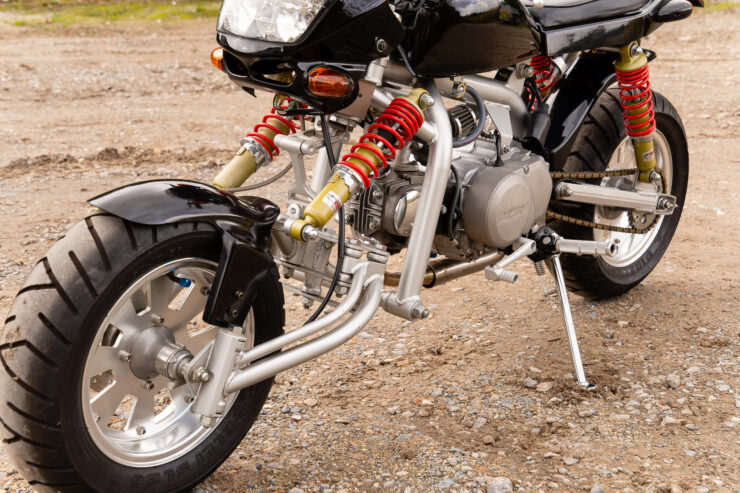 The front end is designed to separate the steering, braking, and suspension elements as much as possible, thereby reducing the effect each one has on the others.

Honda originally developed the Monkey bike for children to use at a Japanese carnival, they proved so popular with the children (and their parents alike) that plans were formed to create a version that could be sold to the general public.

Known officially as the Honda Z50 or the Honda Z Series, sales began in 1964 with the Z50M model. This was a very simple bike with no front or rear suspension, other than the tire sidewalls, a 49cc engine, and an automatic/centrifugal clutch.

Over the years the design complexity would increase, with suspension being added, more powerful engines, and there were a number of special edition models created. Production of all Z50 series motorcycles ceased in 2017 however Honda was already working on developing its replacement – the all-new 125cc Honda Monkey that was released in 2018.

Known as the “Virtual Steering Monkey” the bike you see here was built from a kit and a donor Honda Monkey bike recently – in fact it’s listed as being brand new. 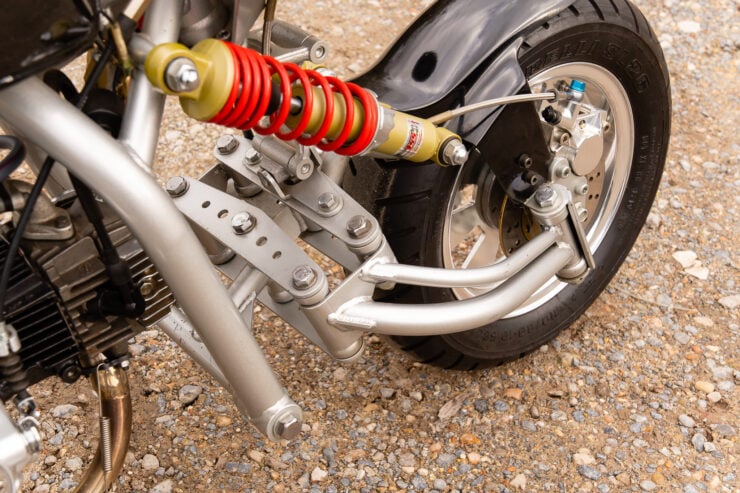 Both the front and rear end uses YSS 280mm adjustable shock absorbers, allowing the rider to dial the suspension in for their own weight and riding style.

The purpose of the front end is to separate the suspension, steering, and braking systems so they they won’t interfere with one another – similar in concept to the BMW Paralever front suspension design that eliminates front dive under braking.

It’s not known how many of these have been built, it’s thought that 50 kits were made but information is scarce, even in Japanese.

As mentioned above, the example you see here is believed to be the only road-legal one ever built. The bike includes the Virtual Steer Frame kit, Daytona 10″ alloy wheels, 10″ street tires, an alloy Daytona rear swing arm, Daytona front and rear disc brakes, and four adjustable YSS 280mm HQ shock absorbers – two up front and two in the rear.

The bike is now for sale for €7,500 which works out to approximately $8,680 USD. If you’d like ton read more or enquire about buying it you can click here to visit the listing with TVP Classics. 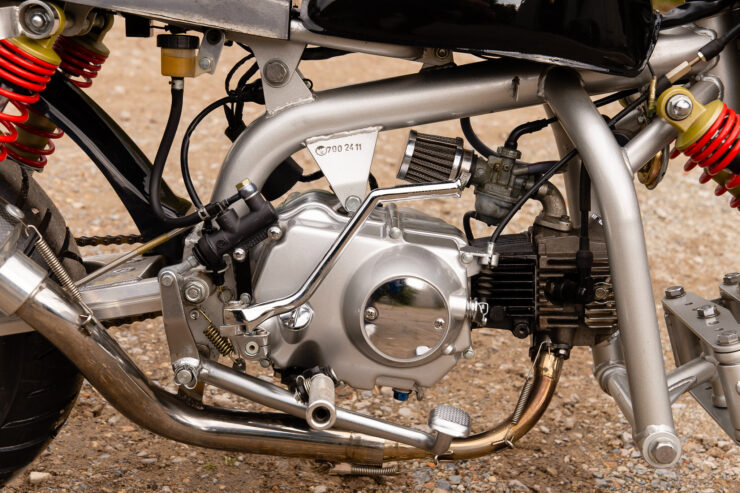 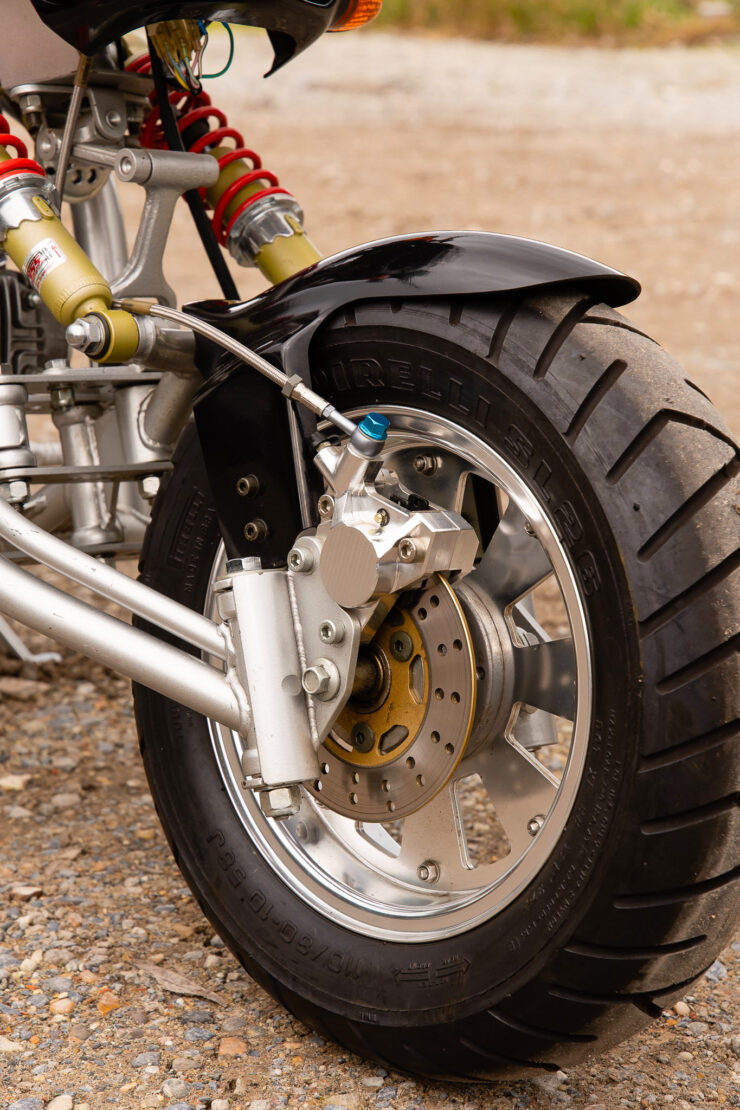 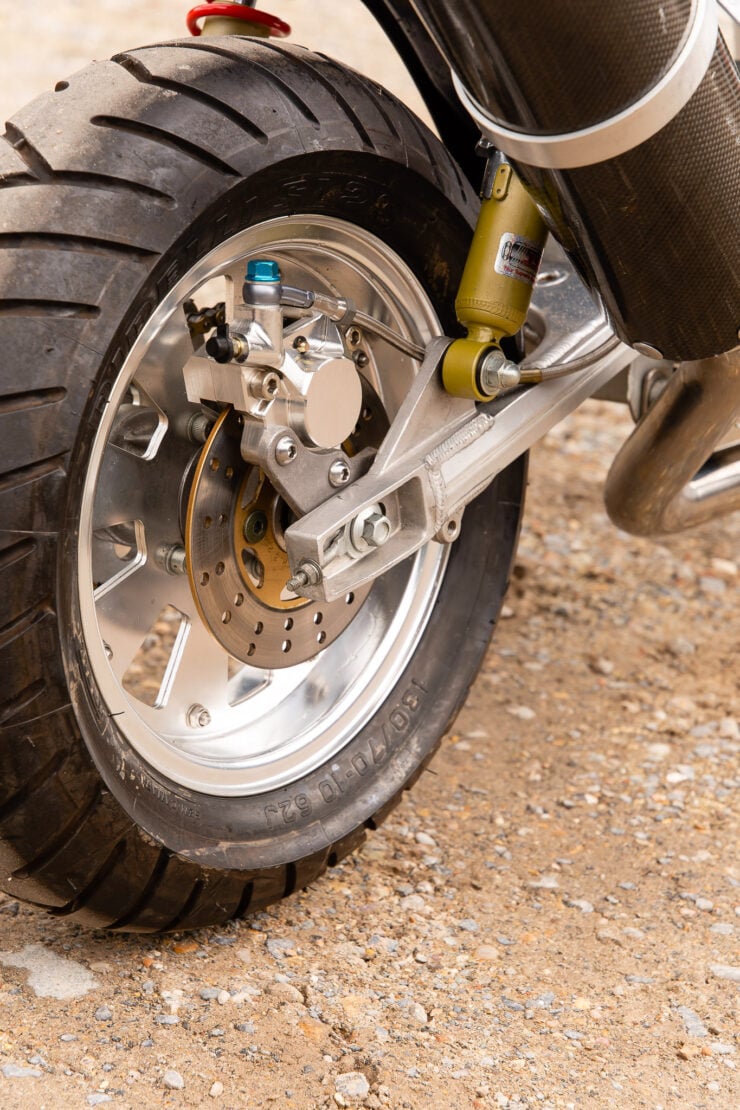 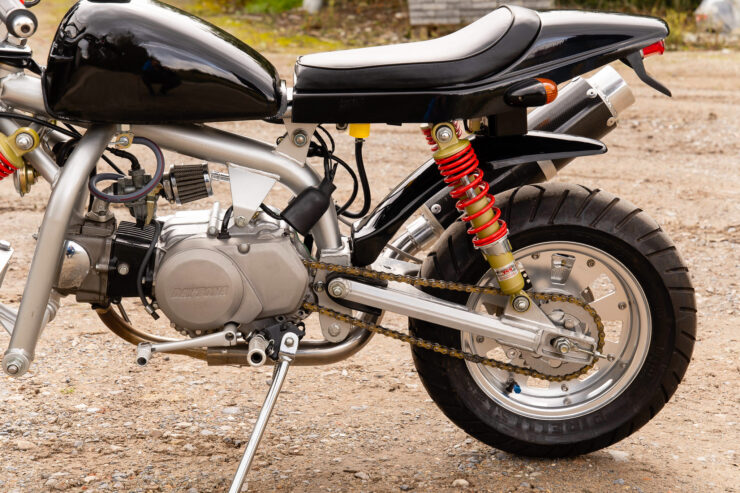 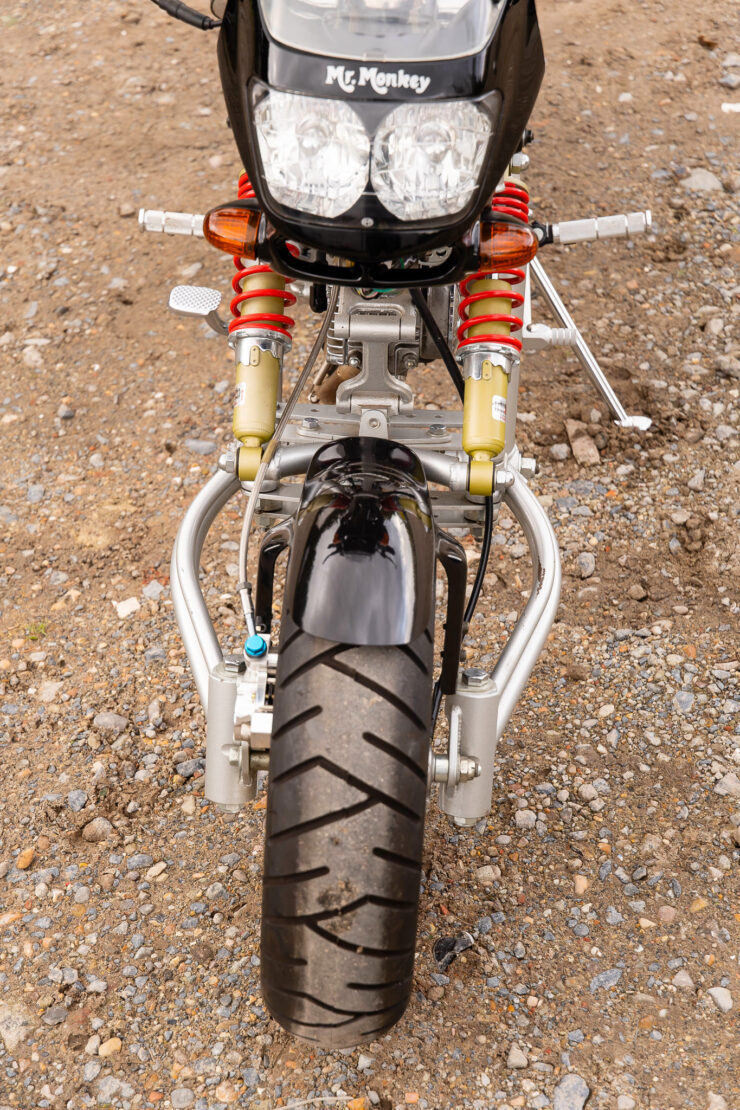 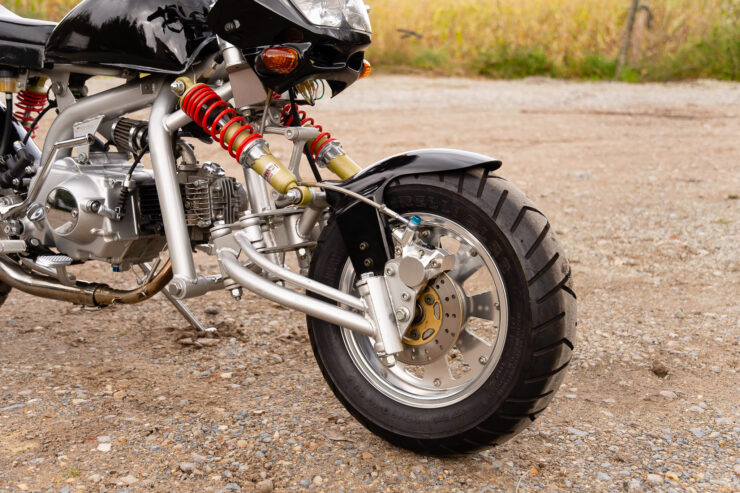 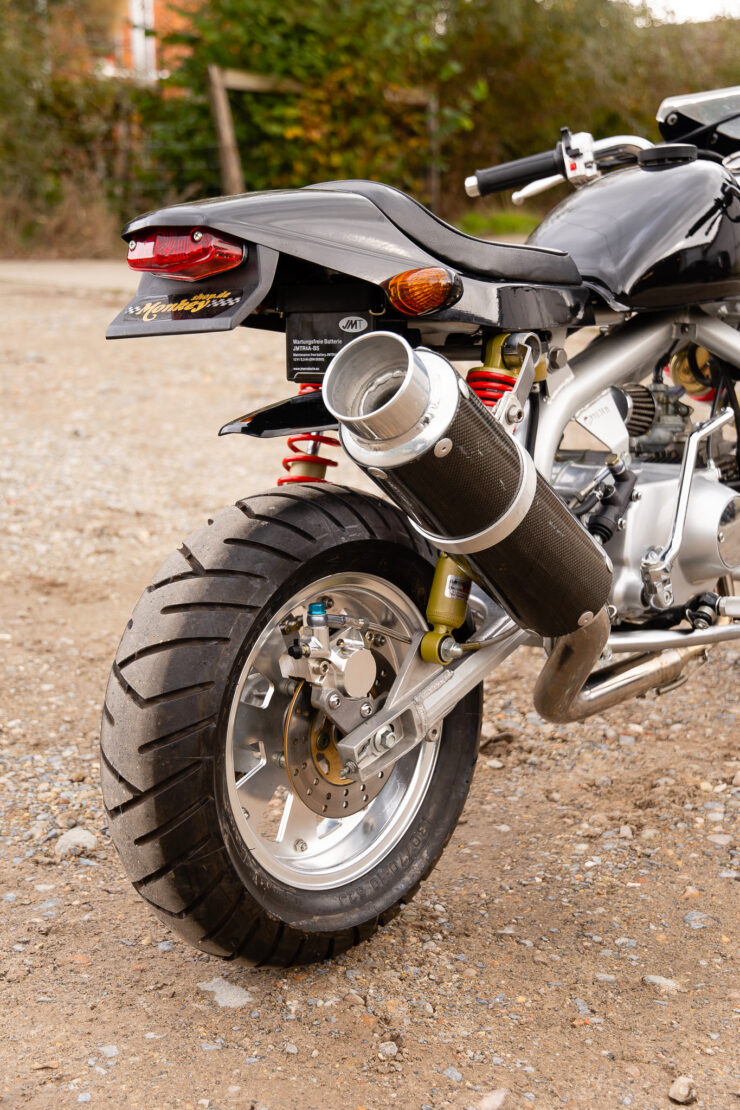 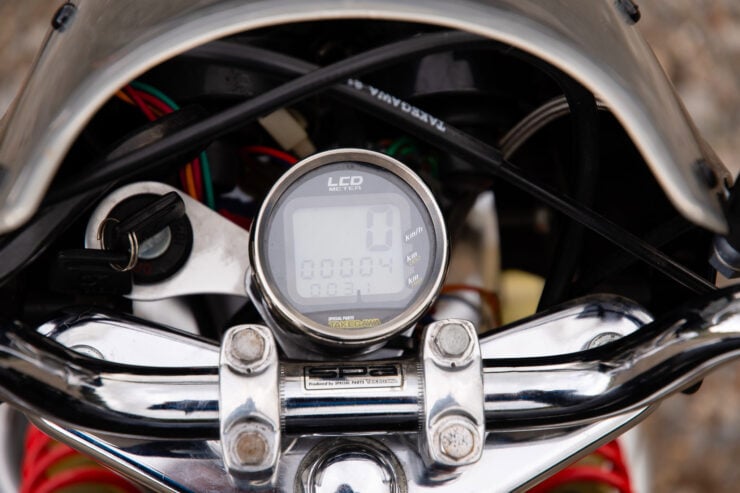 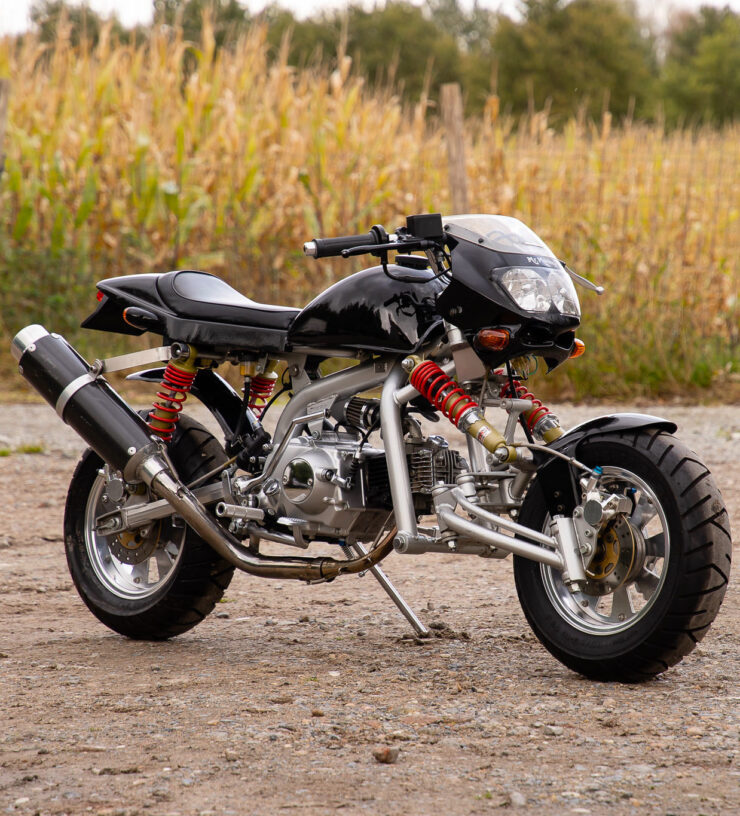