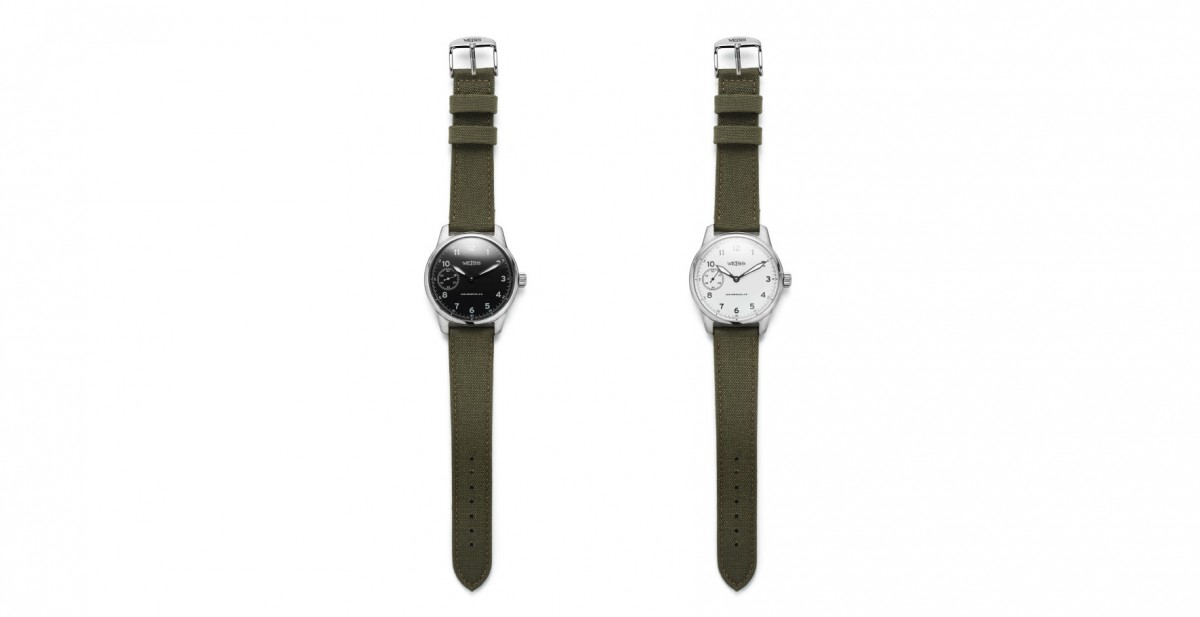 The Weiss Field Watch is the result of a cross-Continental collaboration led by Swiss-trained American watchmaker Cameron Weiss, the watch that bares his name has a mechanical movement (as well as buckles, case-back screws and spring bar screws) from Switzerland, while the case parts, dials, hands, spring bar tools and straps are designed and manufactured in Los Angeles.

This watch has been designed with longevity in mind – the case, crown, and buckle are forged from 316L stainless steel, a special alloy designed to be corrosion resistant for hundreds of years – if not longer.

The watch face used is made from high-grade naval brass, machined from a solid block of brass with no welds, adhesives or weak points. The dial is then hand painted onto the face, a transparent sapphire crystal is used on the front and back of the case – allowing the movement to be seen.

Each Weiss Field Watch is waterproof to 100 meters (330 feet), making it the perfect watch for use on those off-the-beaten-path adventures. 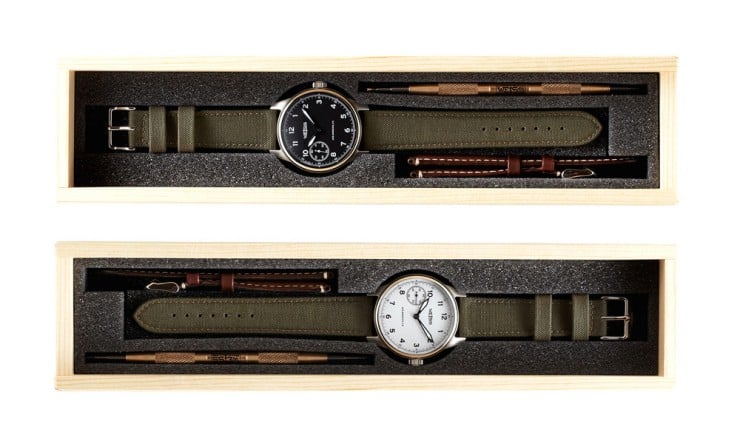 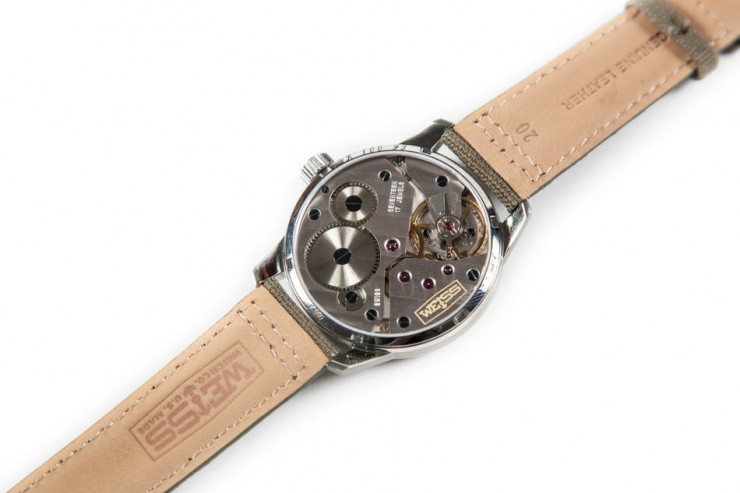