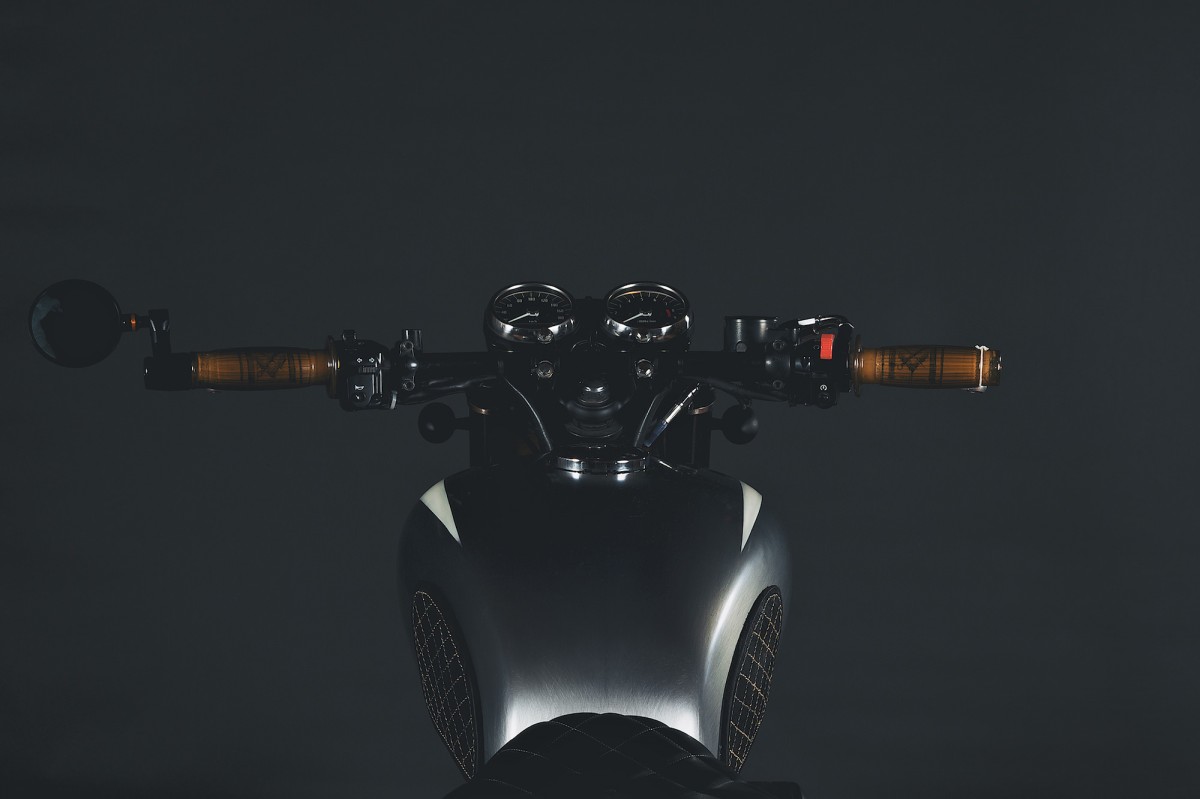 The Kawasaki W650 is a motorcycle that quickly earned itself a place amongst the modern breed of retro motorcycles with 21st-century engineering – a genre that has consistently out-performed manufacturer’s expectations since it began in the late 1990s.

The similarity between the Kawasaki W650 and the Triumphs of the late ’60s is no mistake, in fact I’ve heard from seasoned motorcycle journalists who’ve quietly admitted to occasionally confusing them from a distance.

Much of the popularity of the W650 comes from the fact that it’s a best of both worlds offering – you get the styling of classic British iron with the bullet-proof reliability of a modern Japanese motorcycle. 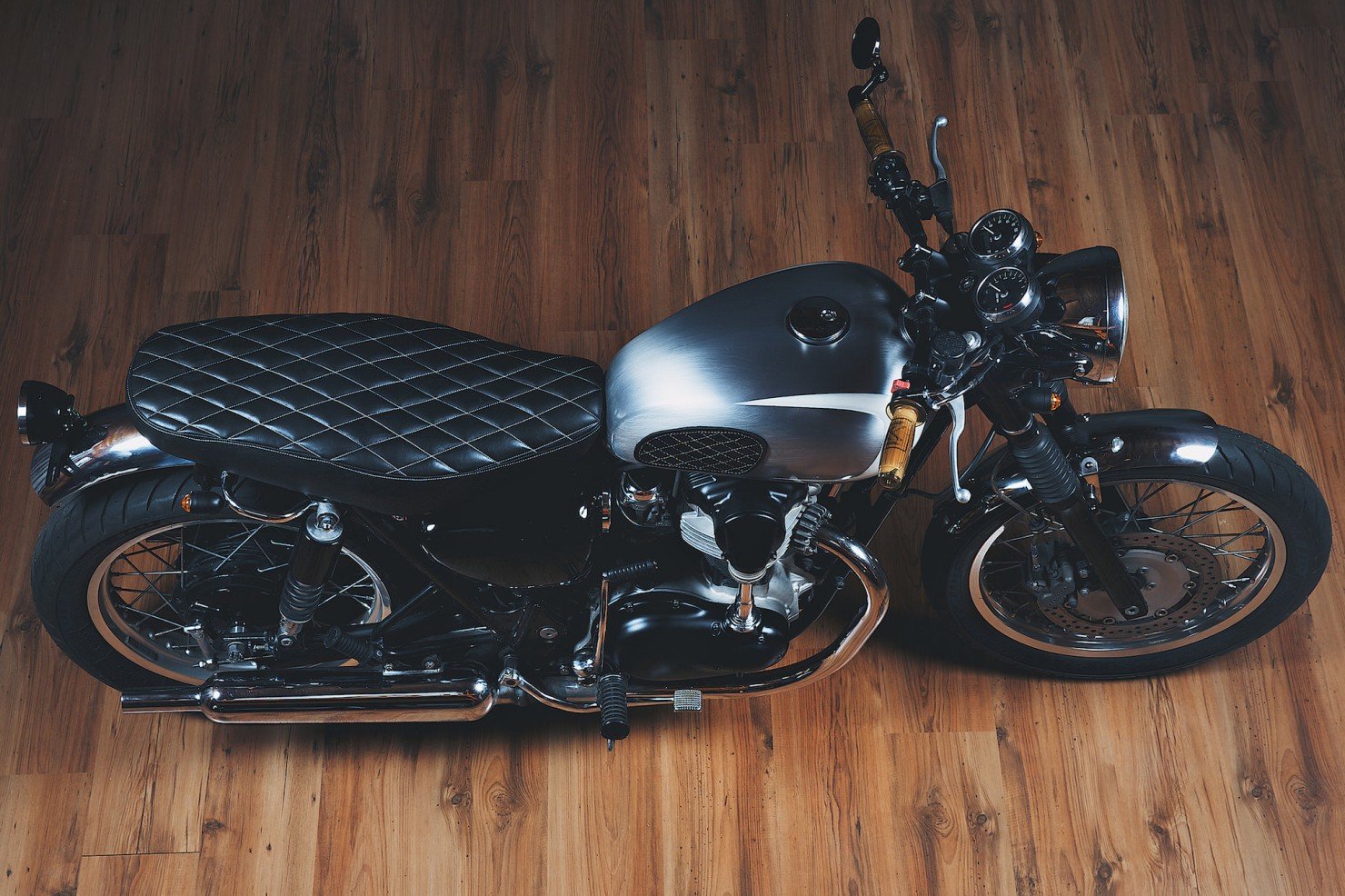 The custom W650 you see here is the work of Brent Giesbrecht from Motovida – a Canadian custom motorcycle garage based out of British Columbia that specialises in turning out vintage-inspired motorcycles with a strong focus on practical rideabilty.

It rolled into the garage as a stock 2000 model year Kawasaki W650 with just over 50,000 Kms on the odometer – it was in good condition throughout so all that was really needed was a deep clean and engine tune before the build began.

The side and valve covers were sent off for powder-coating, the fenders and signals were then binned in favour of some smaller, lighter parts and a more compact set of blinkers and tail lights were added. 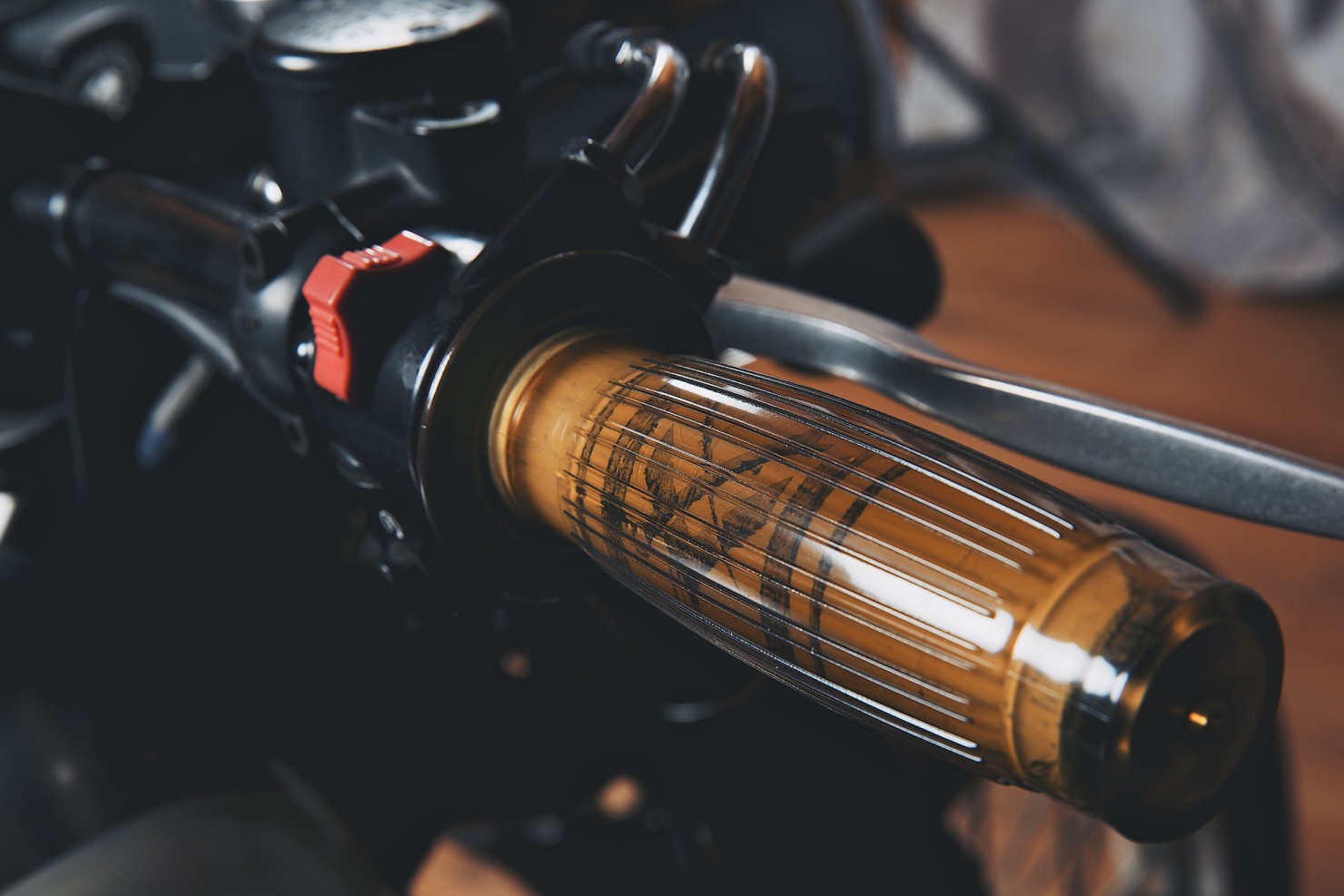 The seat was trimmed top and bottom to reduce the upswept look of the original – it was then re-upholstered with diamond stitch, chosen to pair with the leather knee pads on either side of the fuel tank.

Brent spent many hours taking the fuel tank down to bare metal, then hand sanding it to get the grain to follow the tank contour – it was finished off with two ivory stripes and a satin clear by painter Todd Regier.

To complete the bike a set of drag bars was added, along with shortened cables and rubber grips. The finished build is a clean-looking bike that’d fit into any decade from 1960 to the present day and it has a seat that’ll appeal to those of you who always complain that modern customs have seats too skinny for anything even remotely resembling long distance riding. 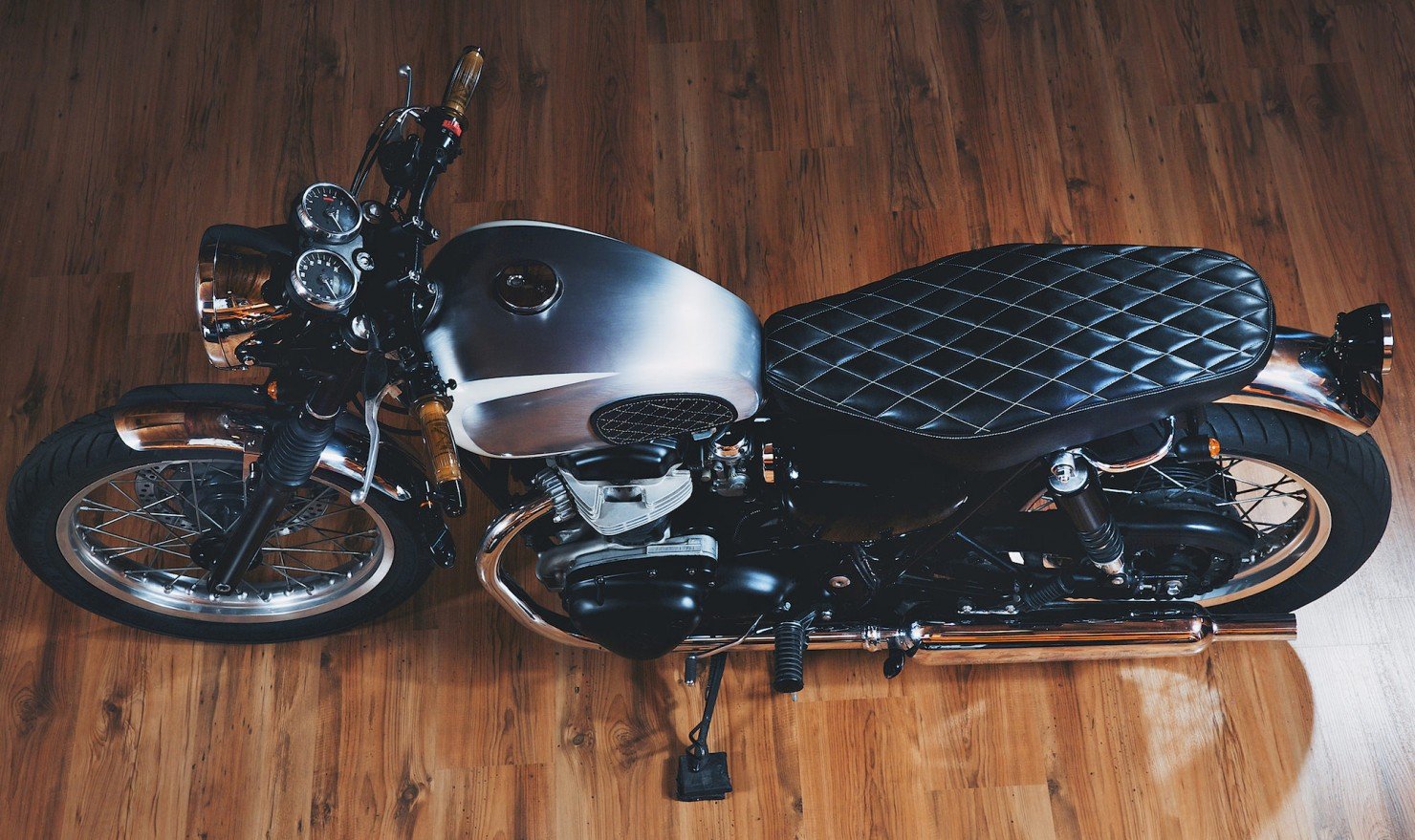 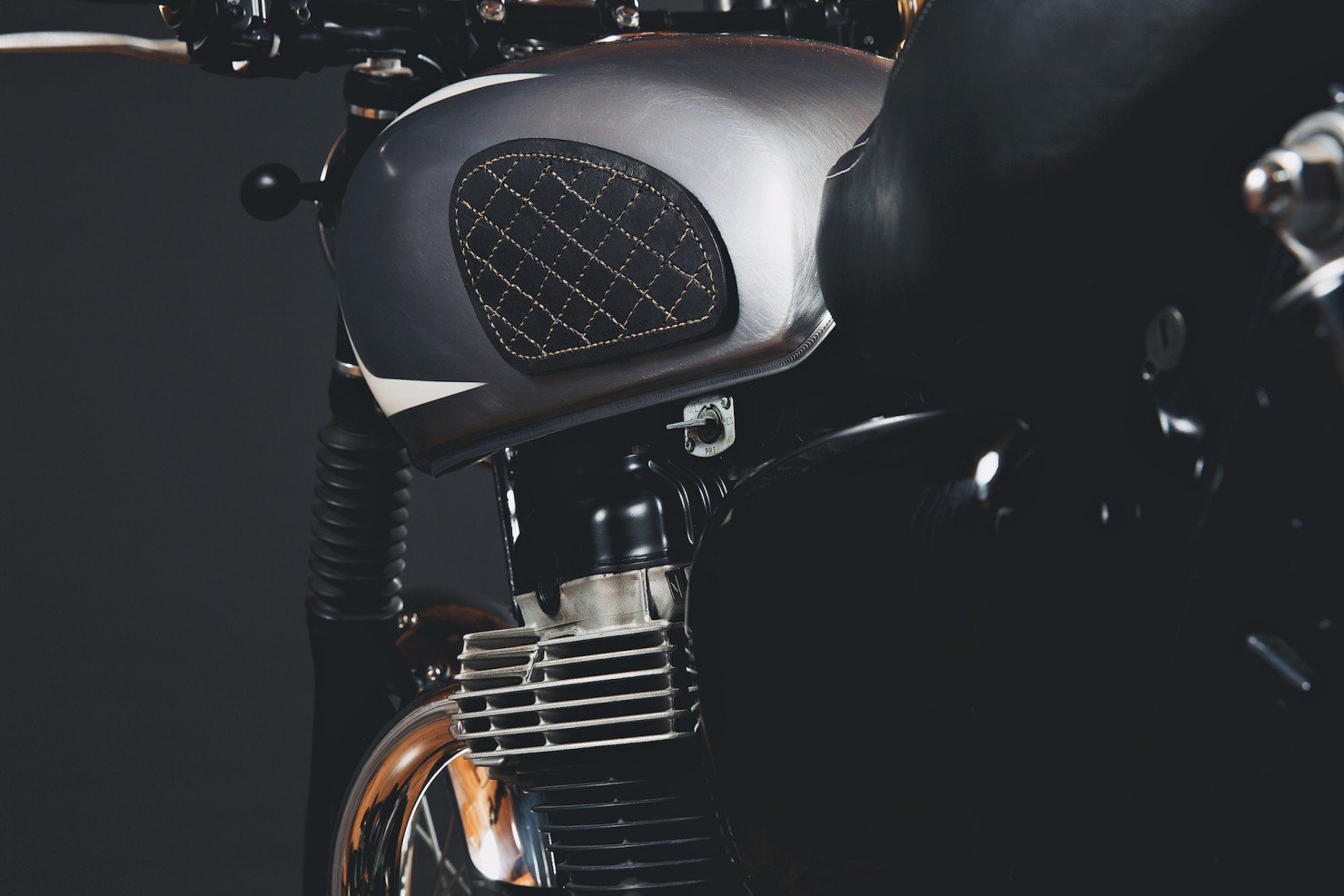 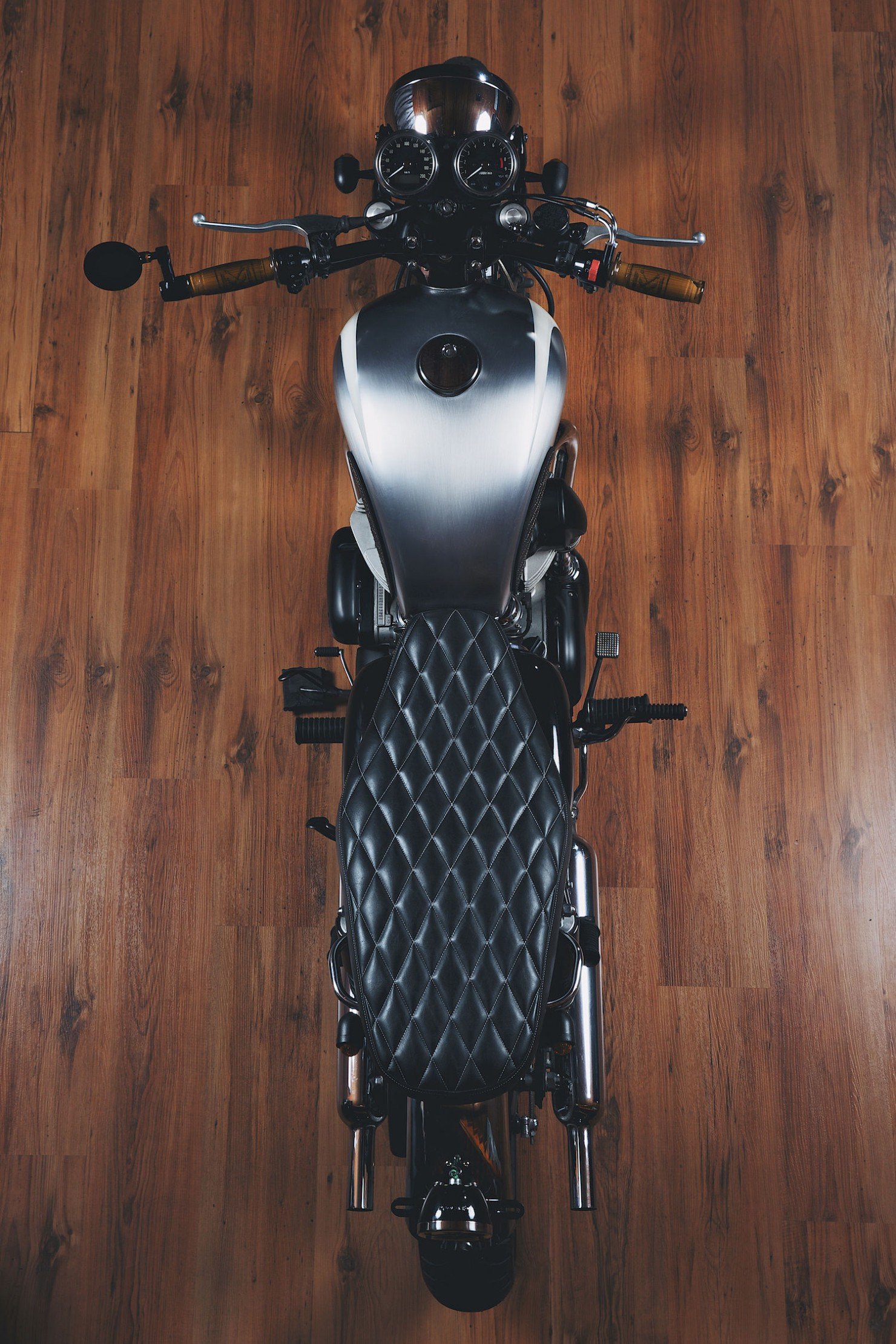 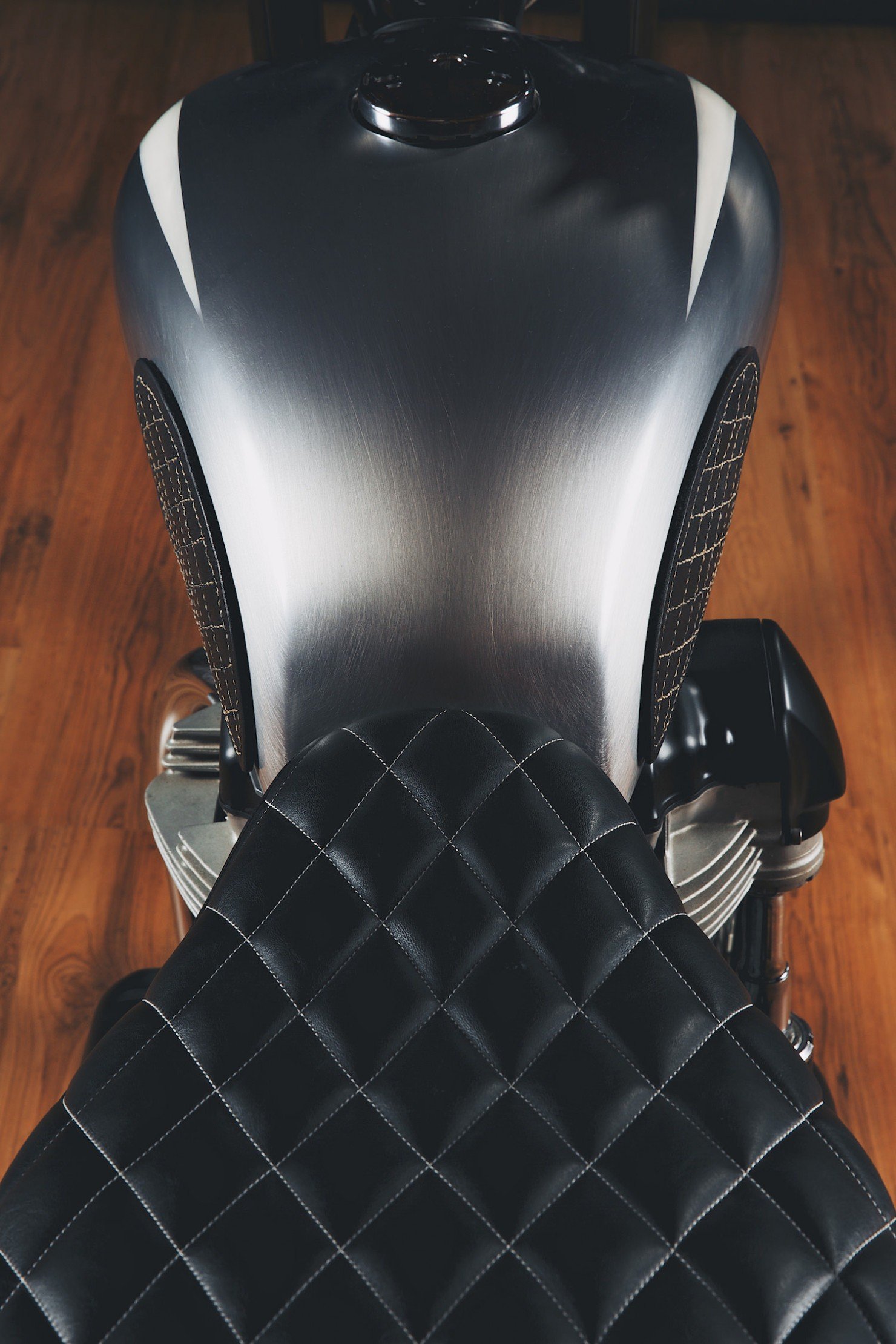 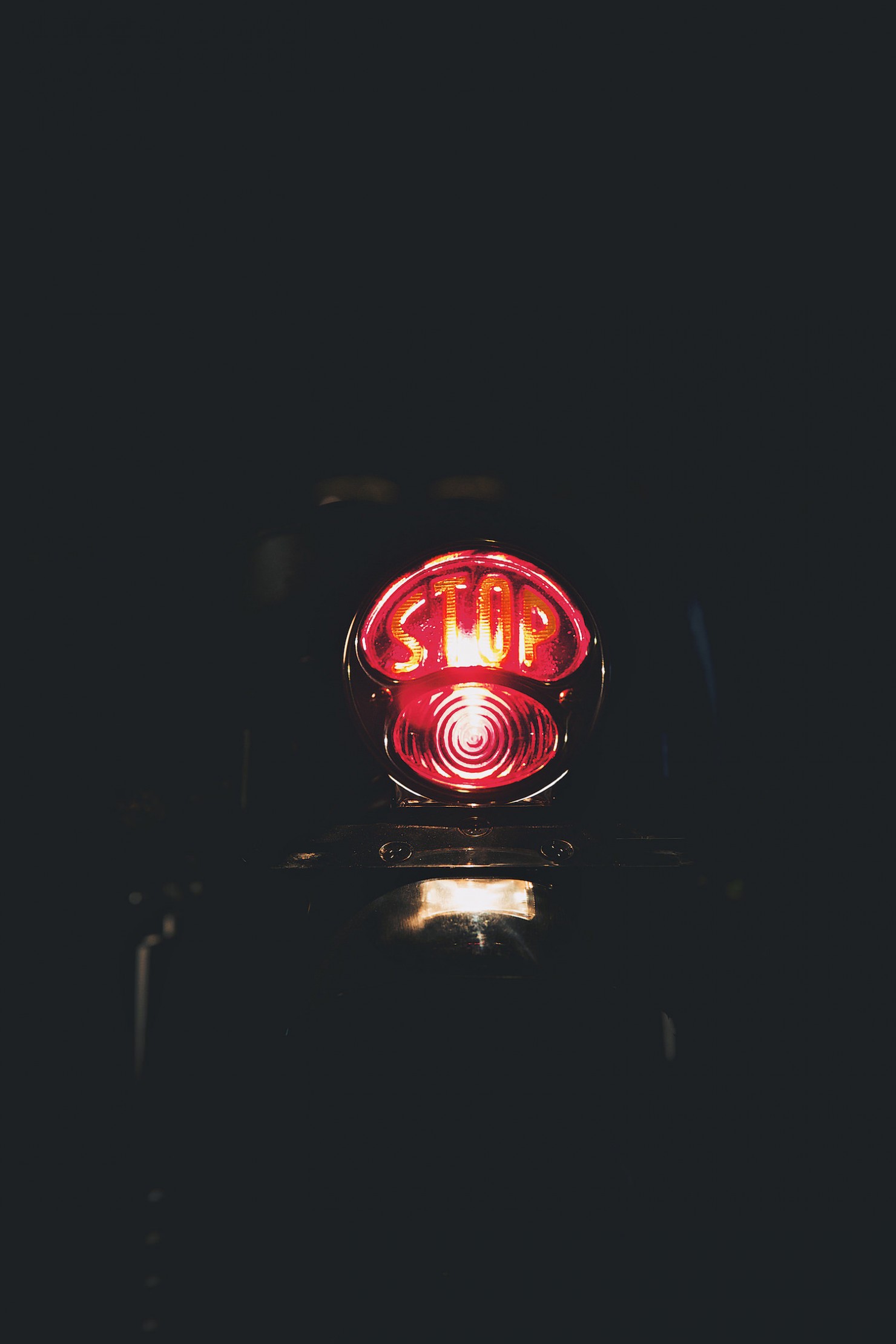 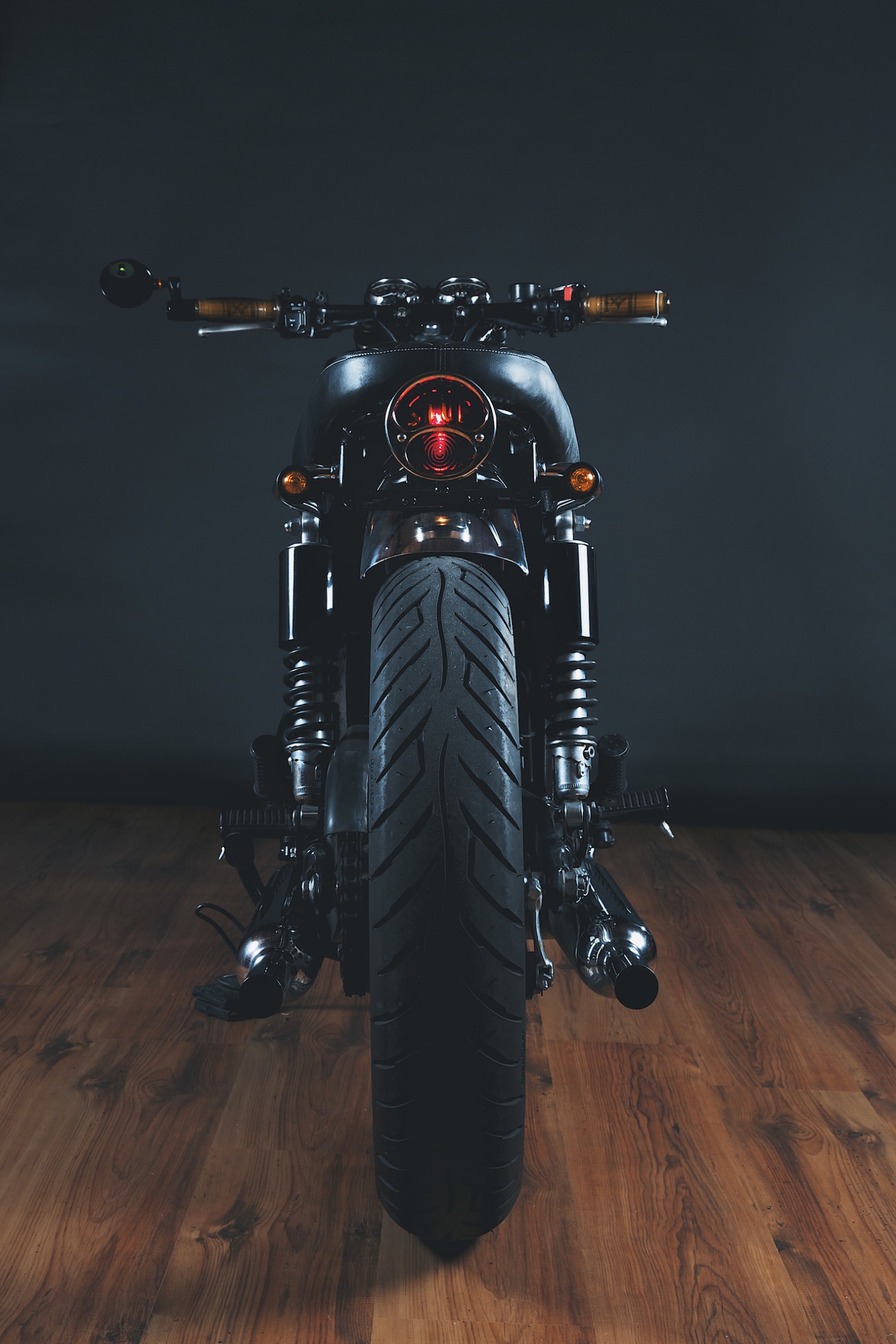 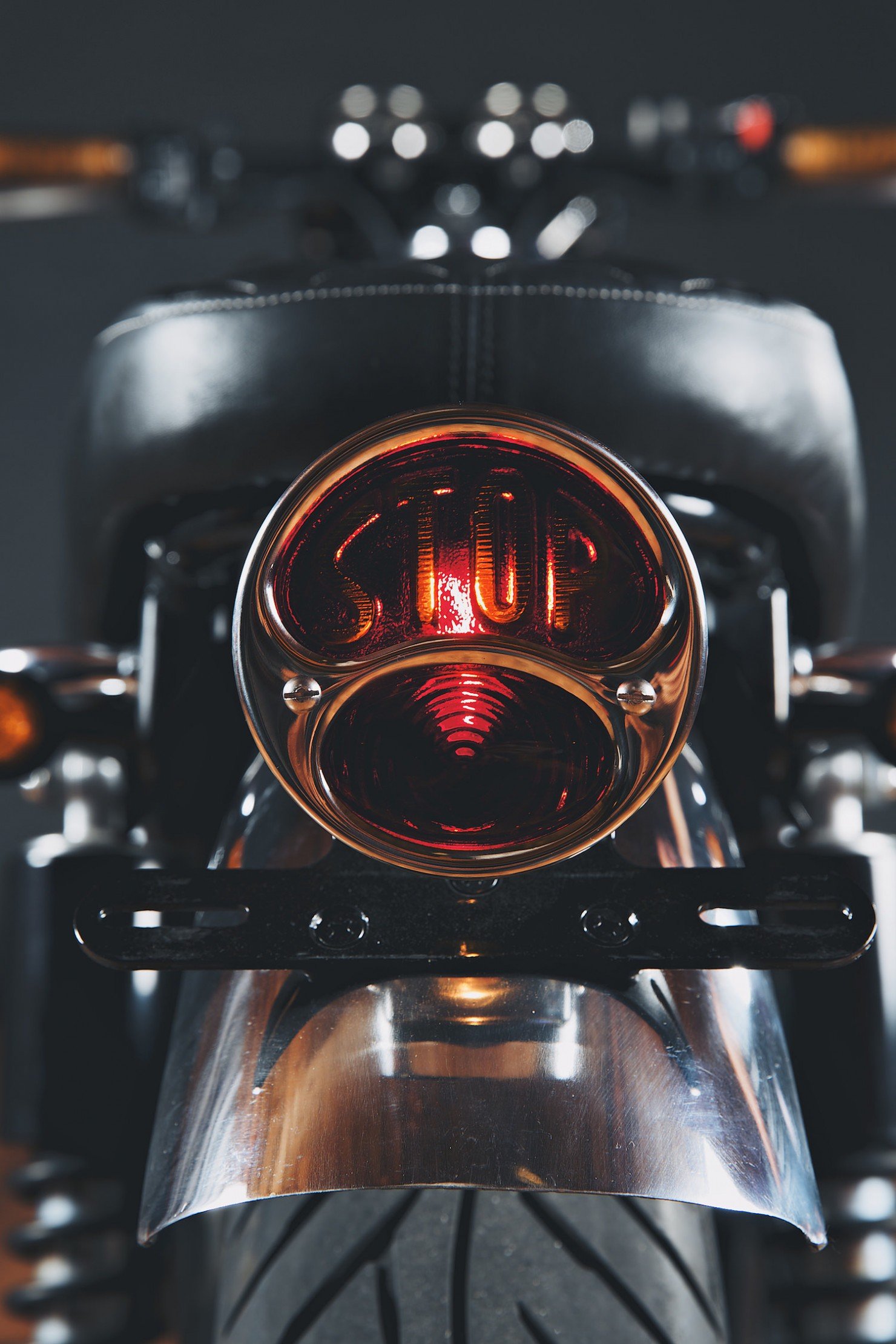 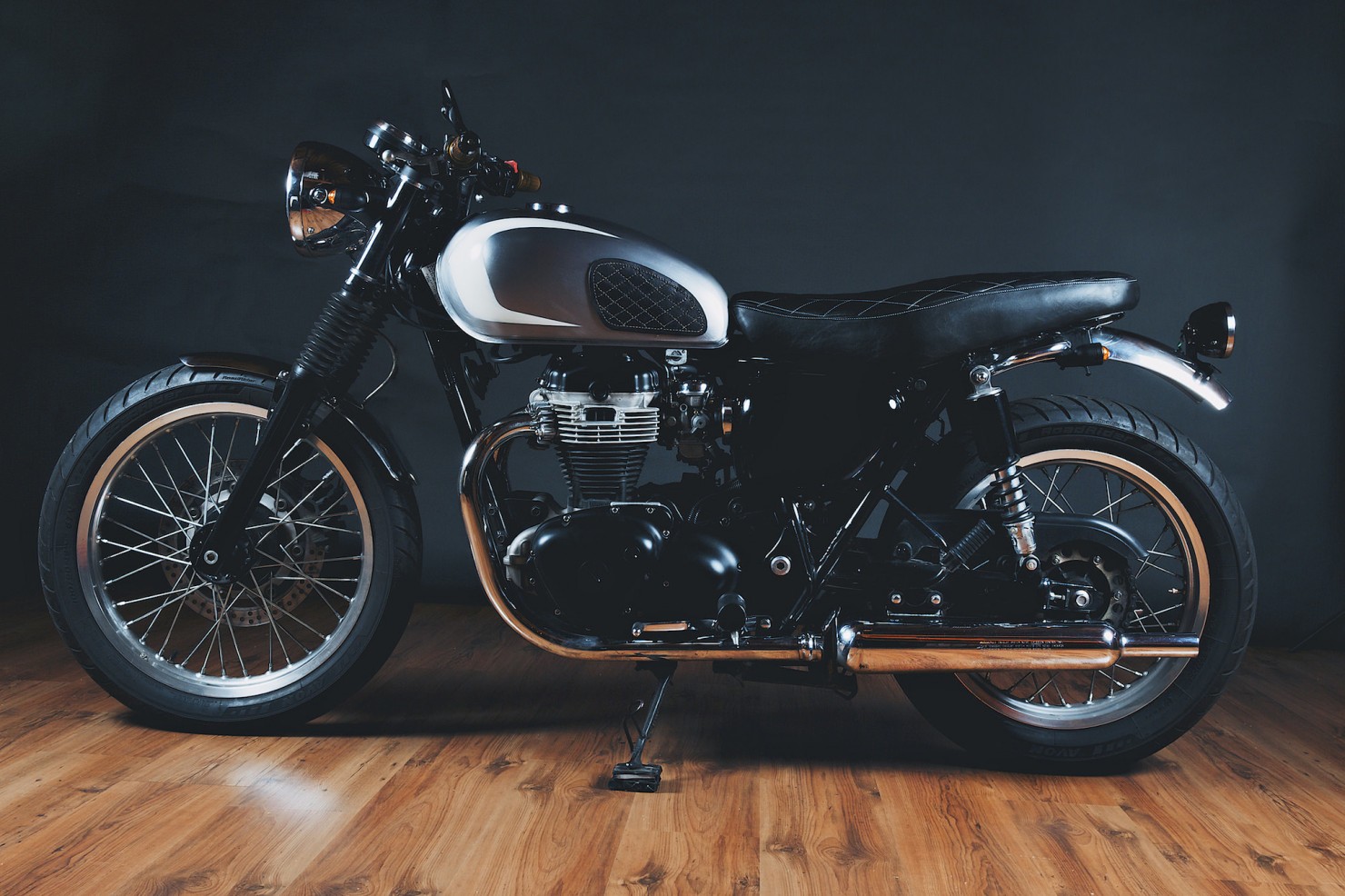 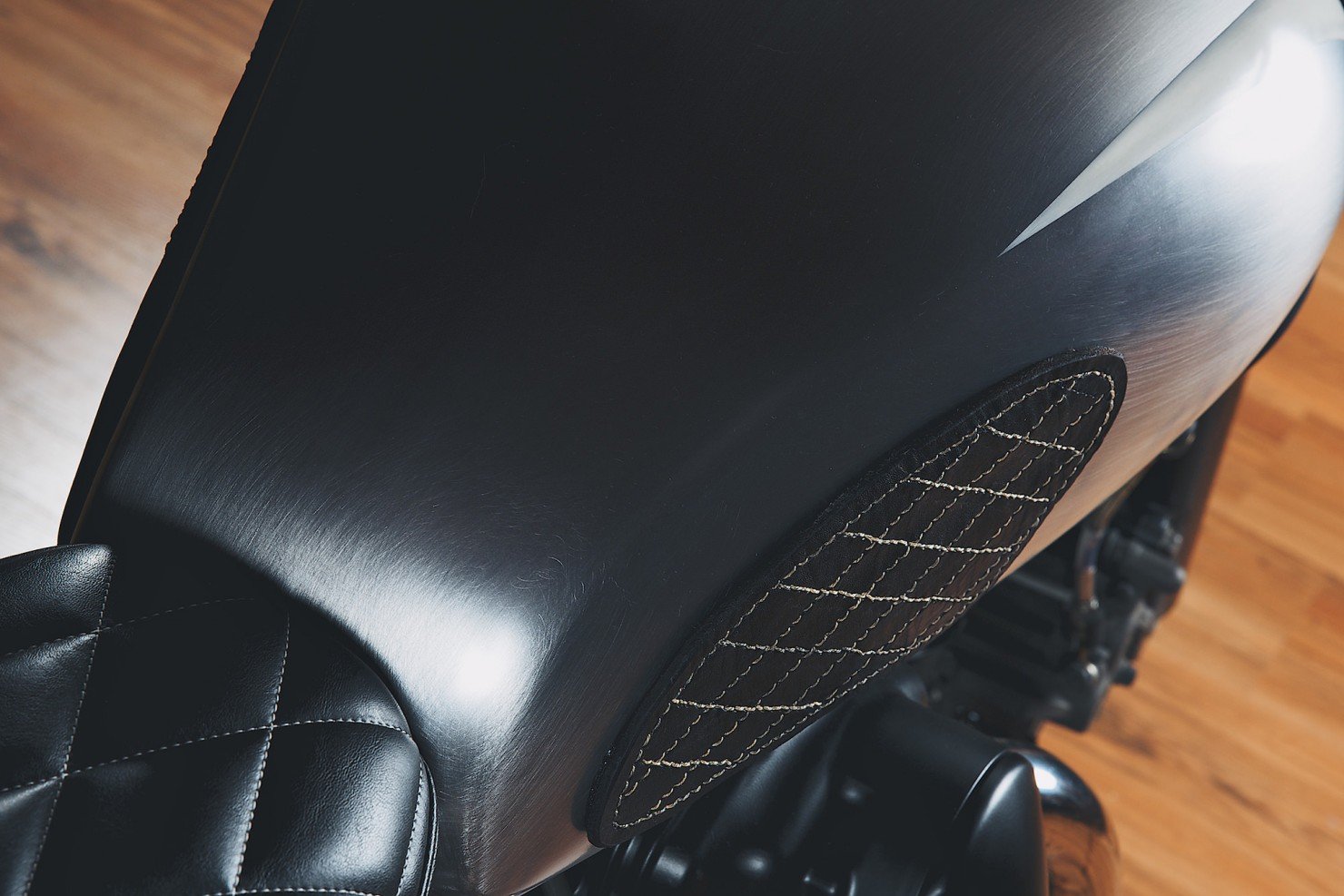 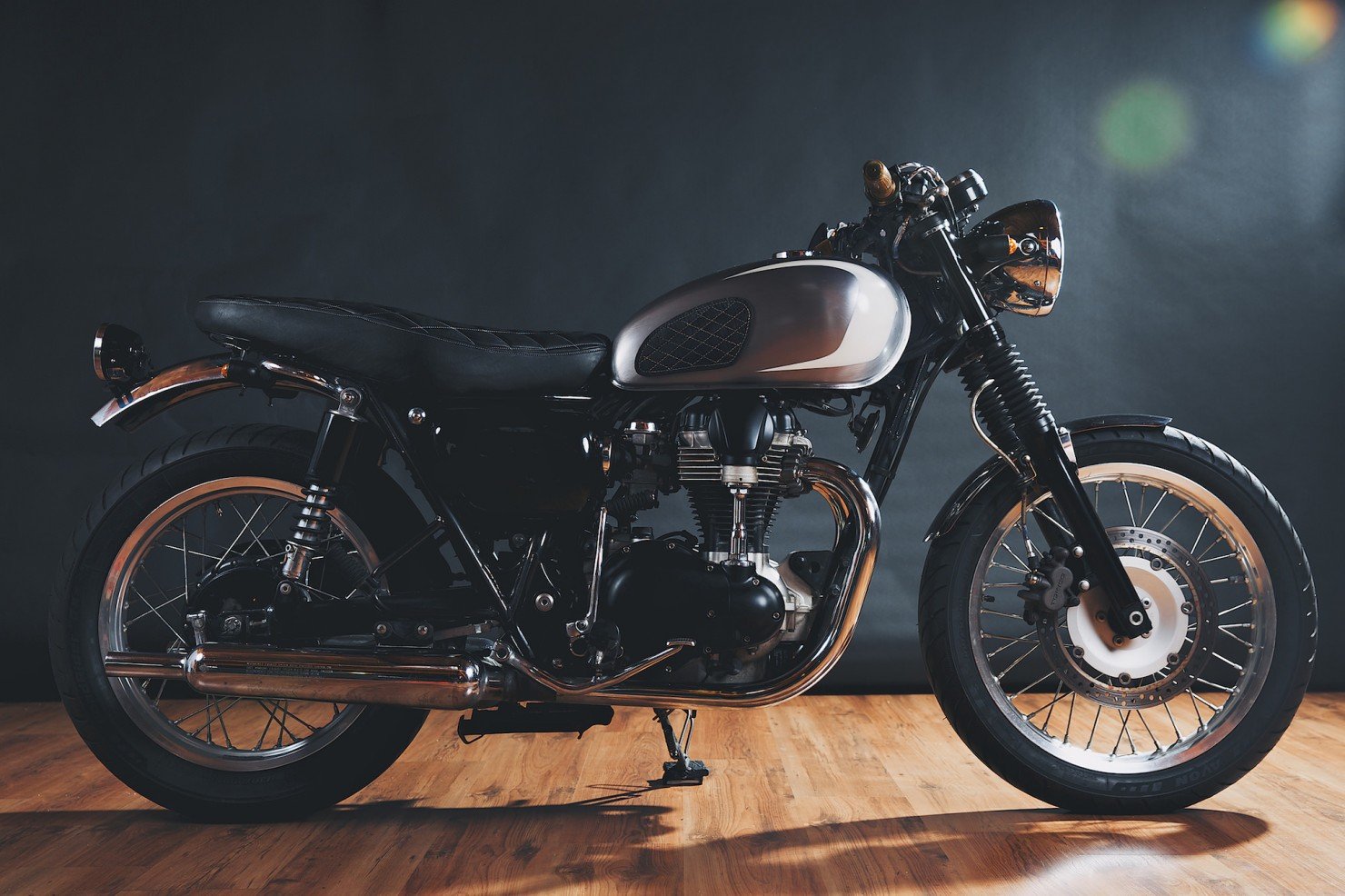 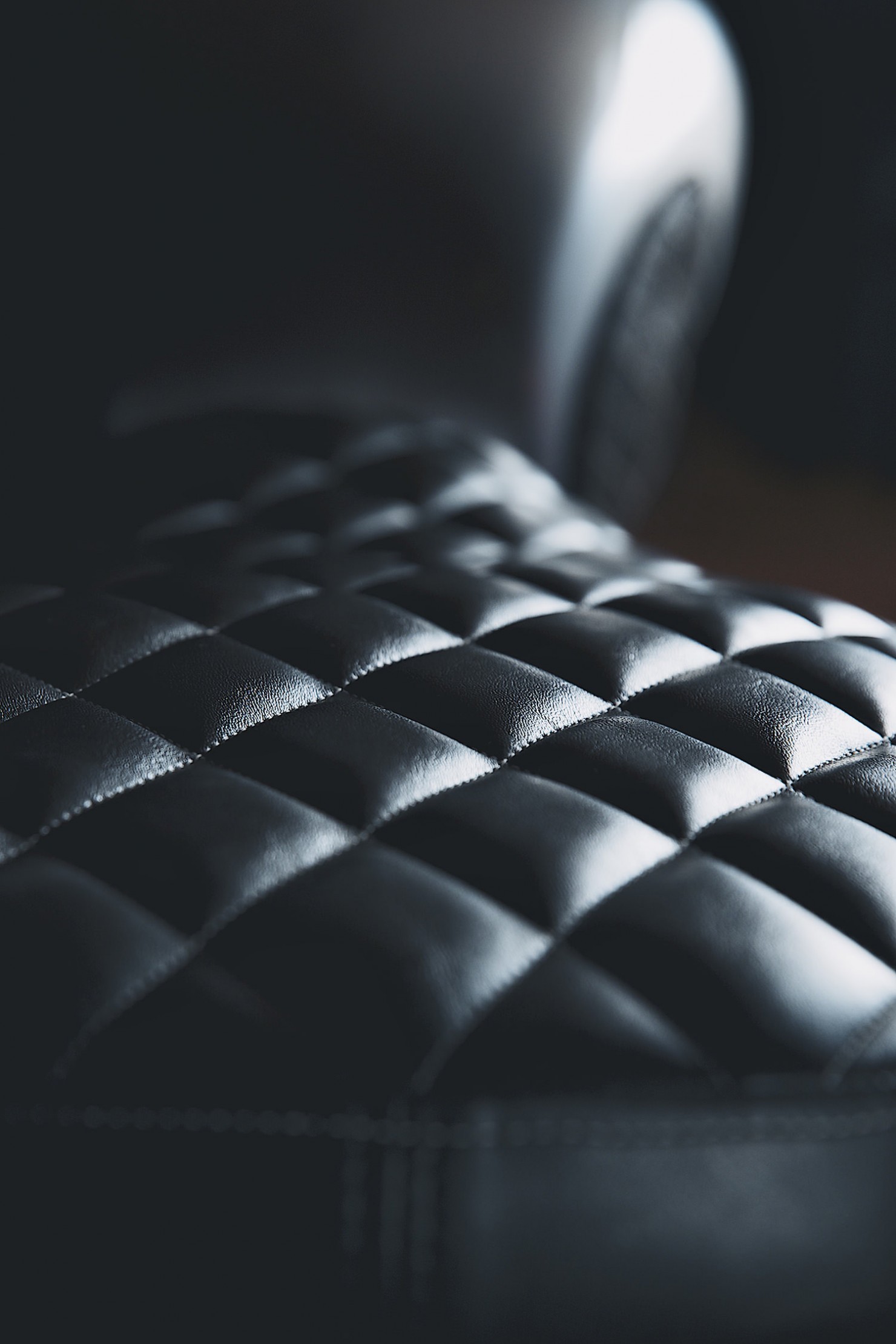 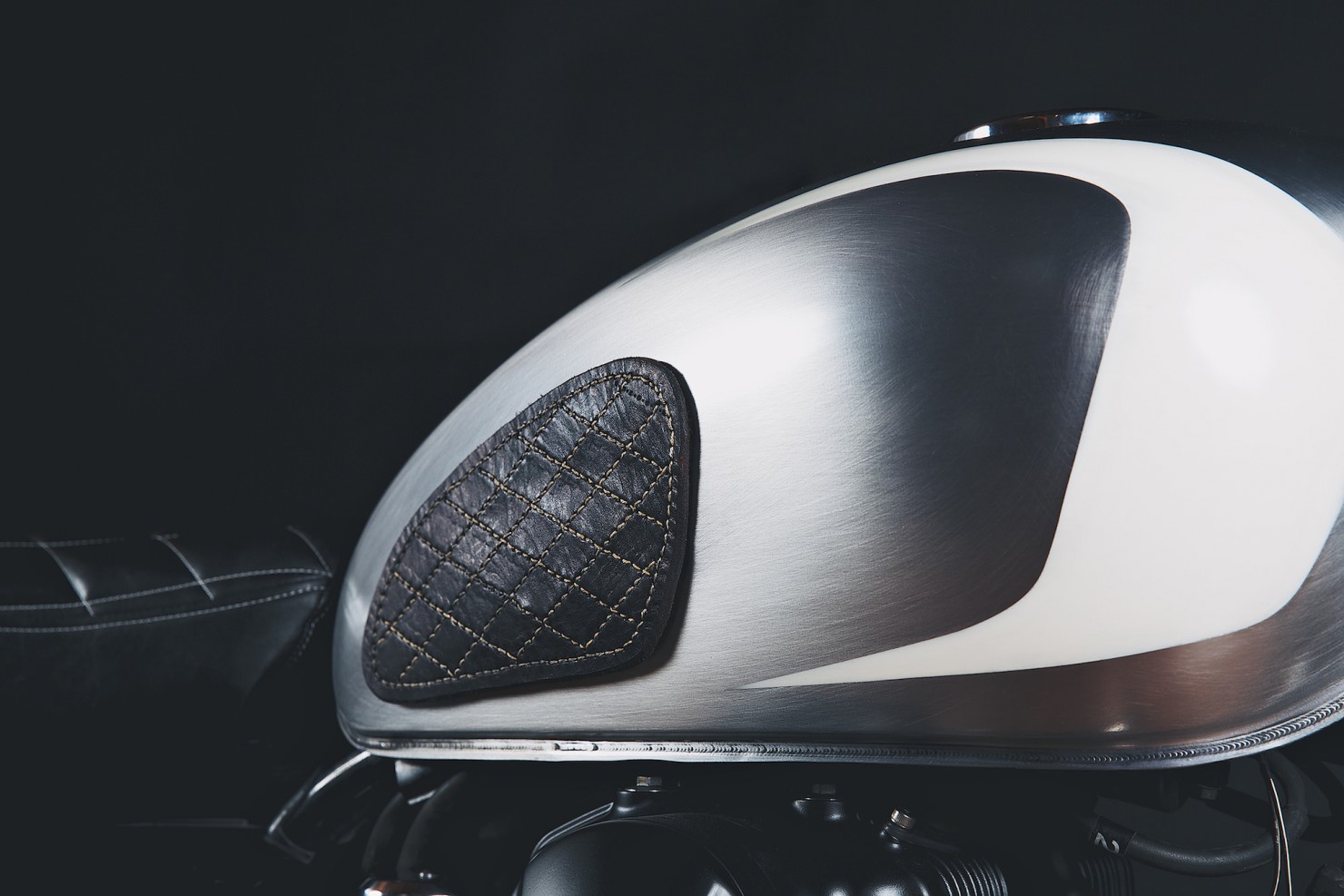 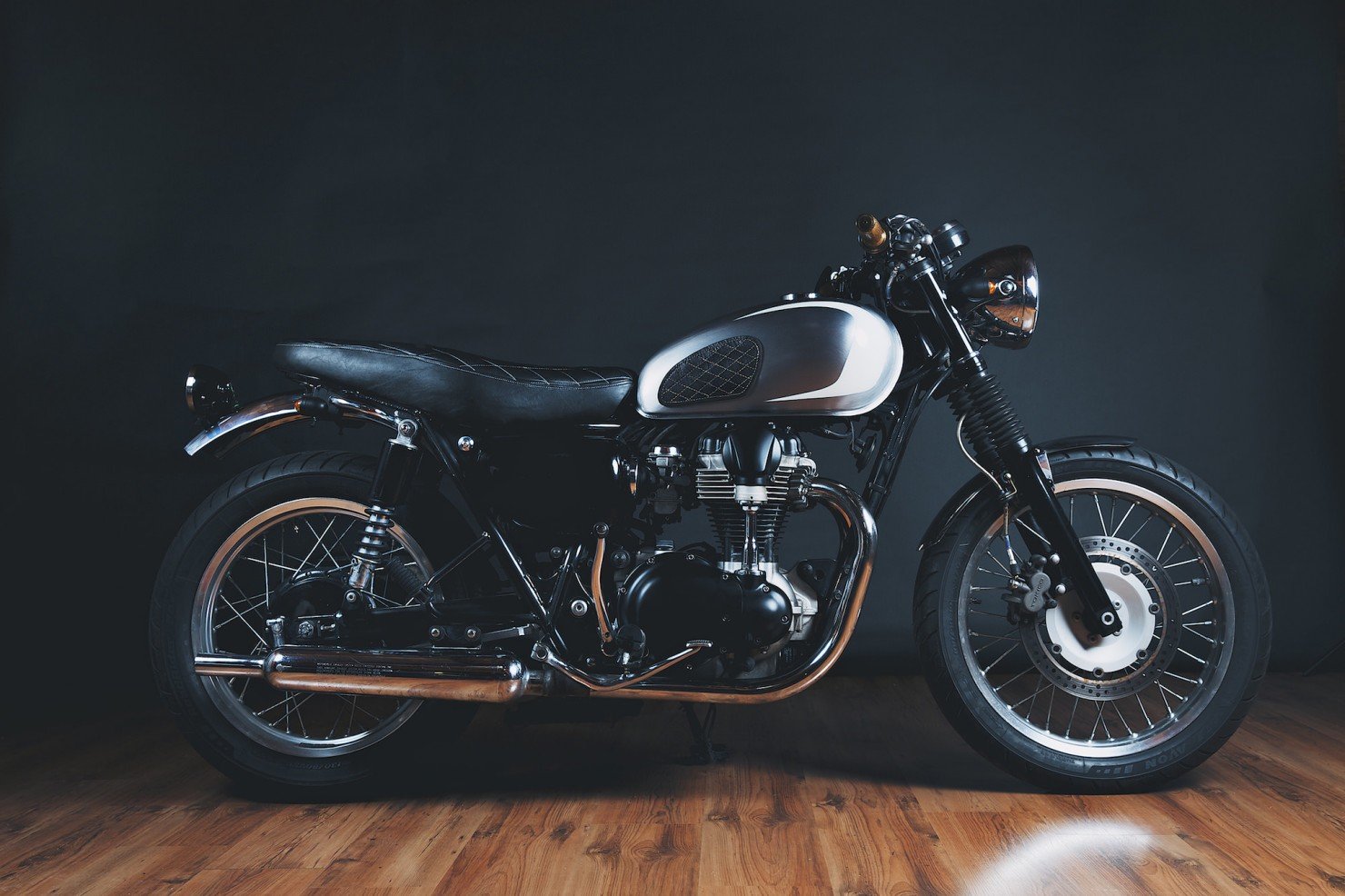 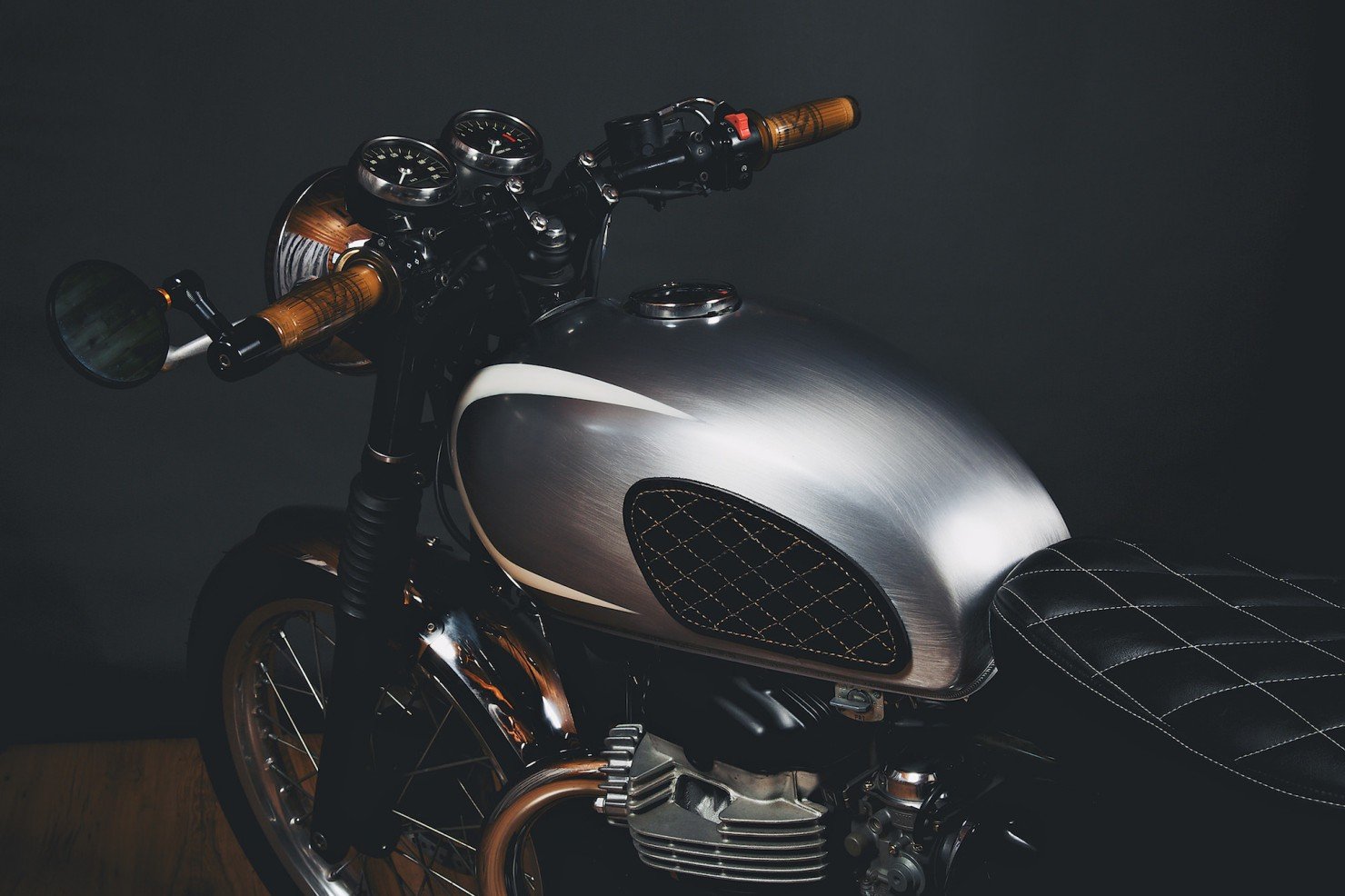 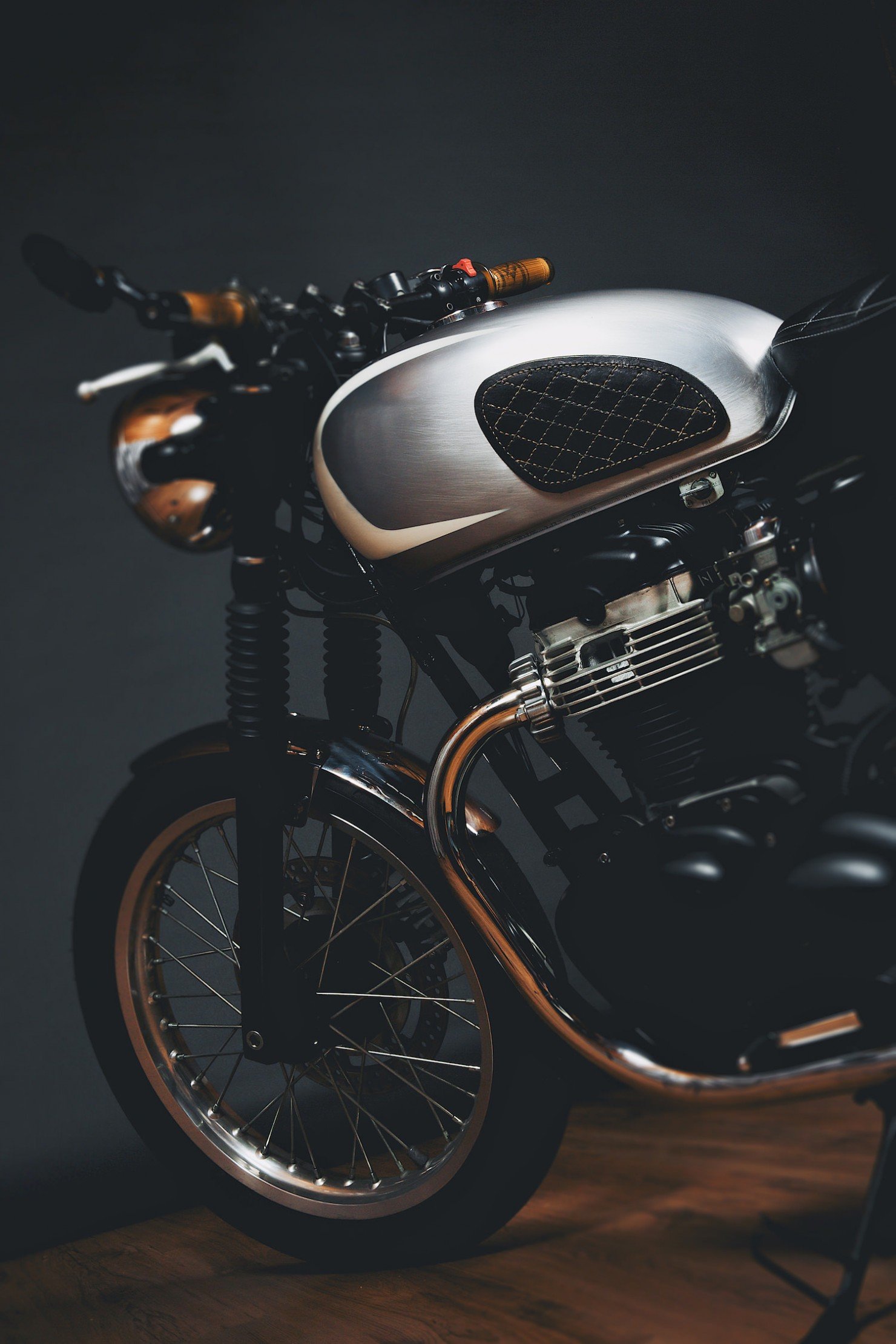 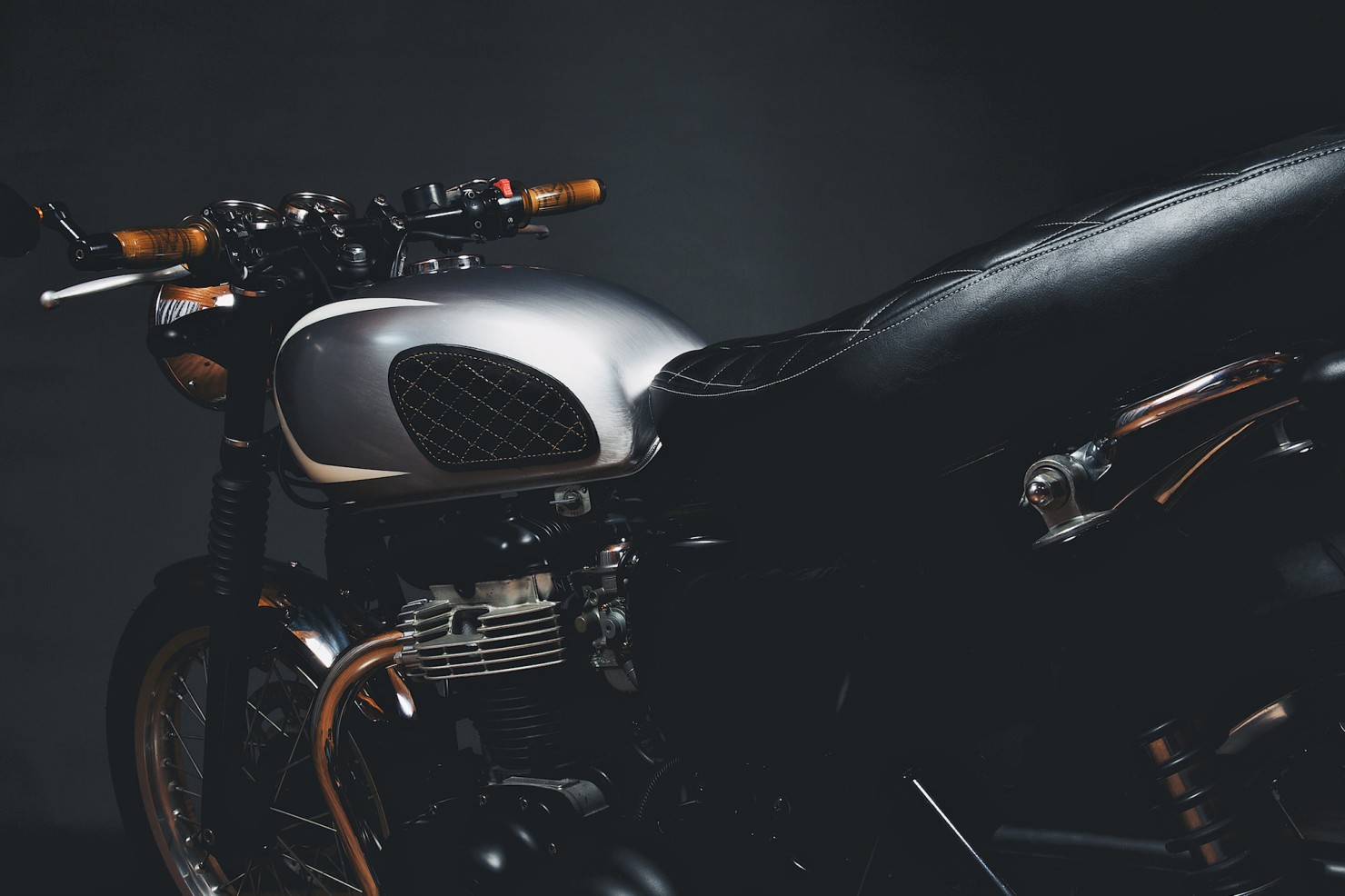 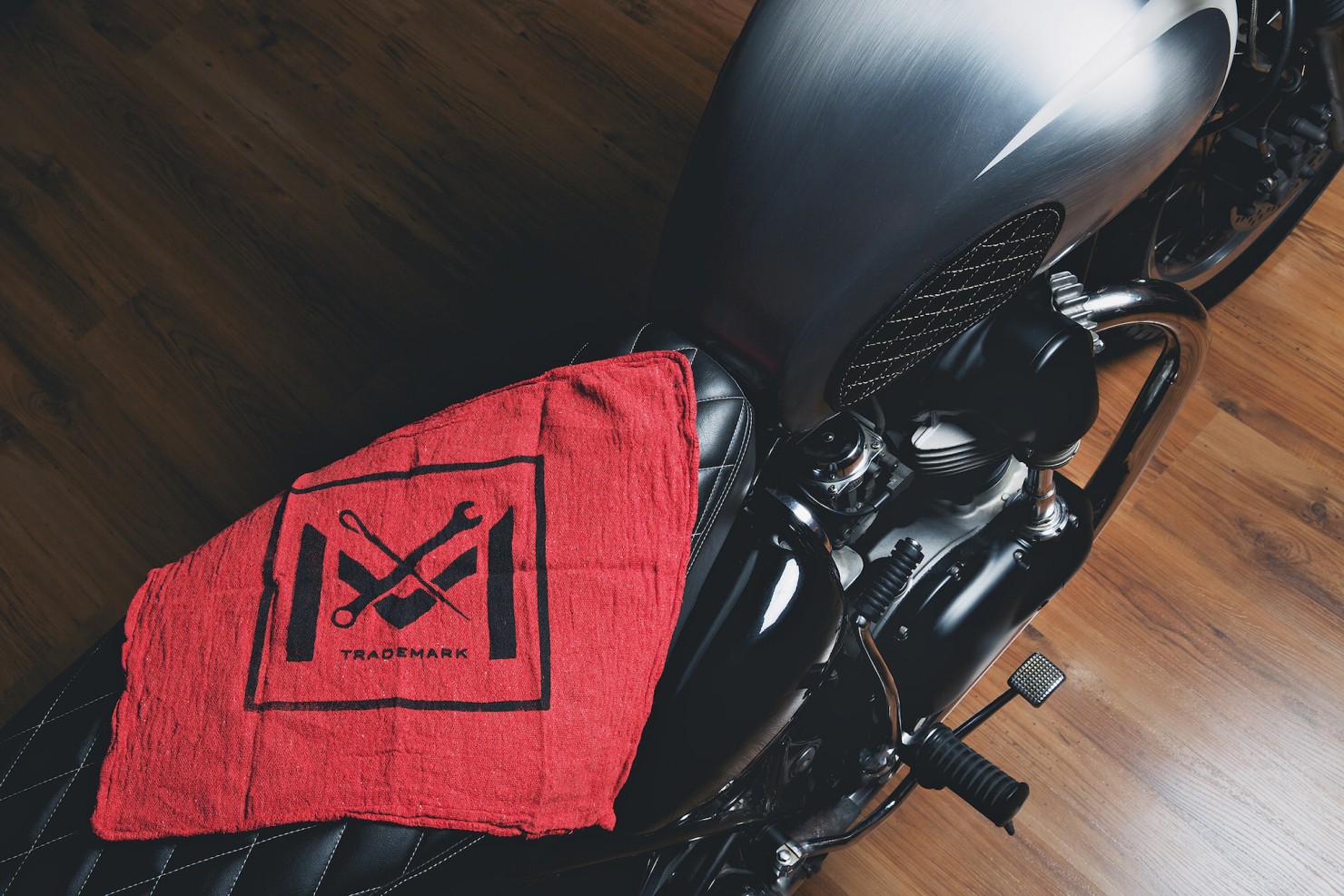 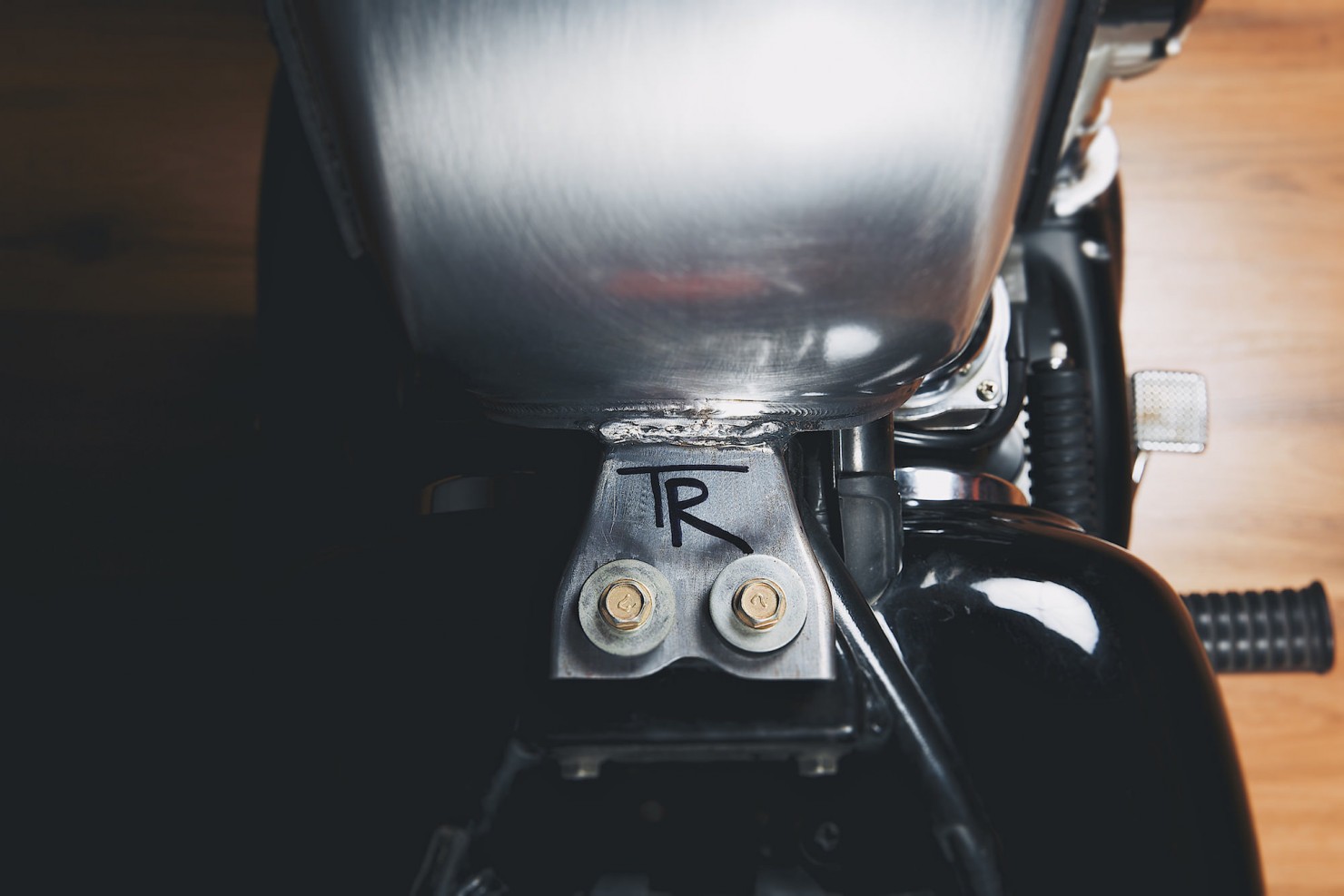