This documentary gives a fascinating and detailed look into the highly competitive world of American drag racing in the 1960s. The film covers the 10th annual NHRA Nationals, the AHRA Winter Championship, and the AHRA Winternationals featuring some of the biggest names in the sport at the time.

Drag racing is a distinctly American form of motorsport where competitors line up side-by-side two at a time to race down a 1/4 mile of asphalt to see who’s fastest. The concept sounds simple enough but the engineering and technology that goes into building the cars, and specifically the engines, is remarkable.

With a run time of over one and a half hours this film offers a unique and thorough window into what life was like for drag racing professionals and amateurs alike, with many competitors cross crossing the country by road each year with their mechanics and the competition car on a trailer.

As with most forms of motor racing, it’s believed that drag racing started happening very shortly after the automobile was invented. Early races were loosely organized and happened on public roads, whether they were illegal or not is open to debate as legislation surrounding the automobile trailed the adoption of the new form of transport significantly. The automobile was invented in 1886 but the first American driver’s licenses weren’t issued until Massachusetts and Missouri began requiring them in 1903, and even then you didn’t have to pass a test to get one.

Nowadays of course you need special race licenses to take part in legally sanctioned motorsports like drag racing, and the level of safety has vastly improved since the era when this film was made. 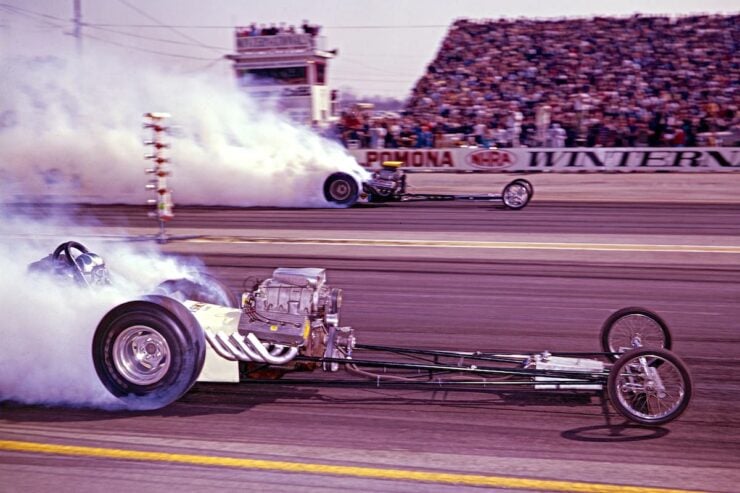 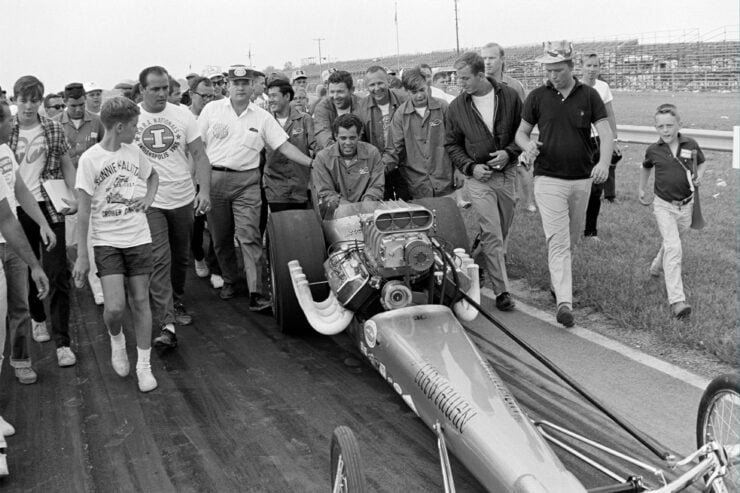 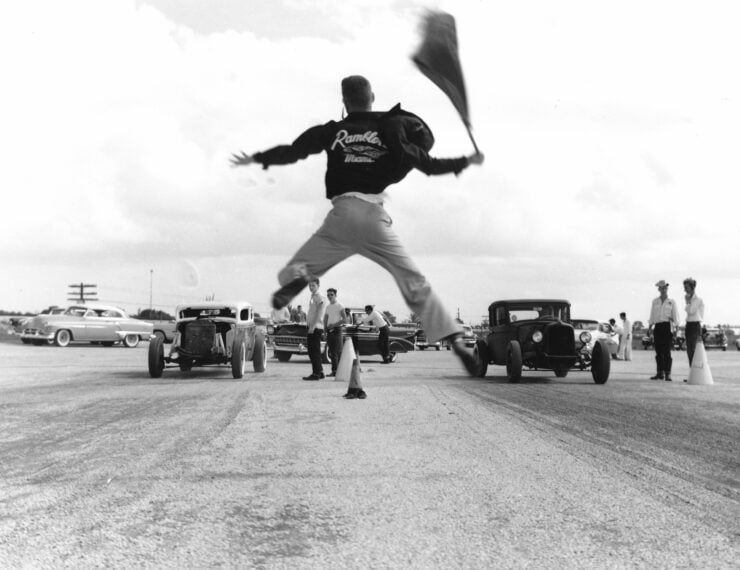