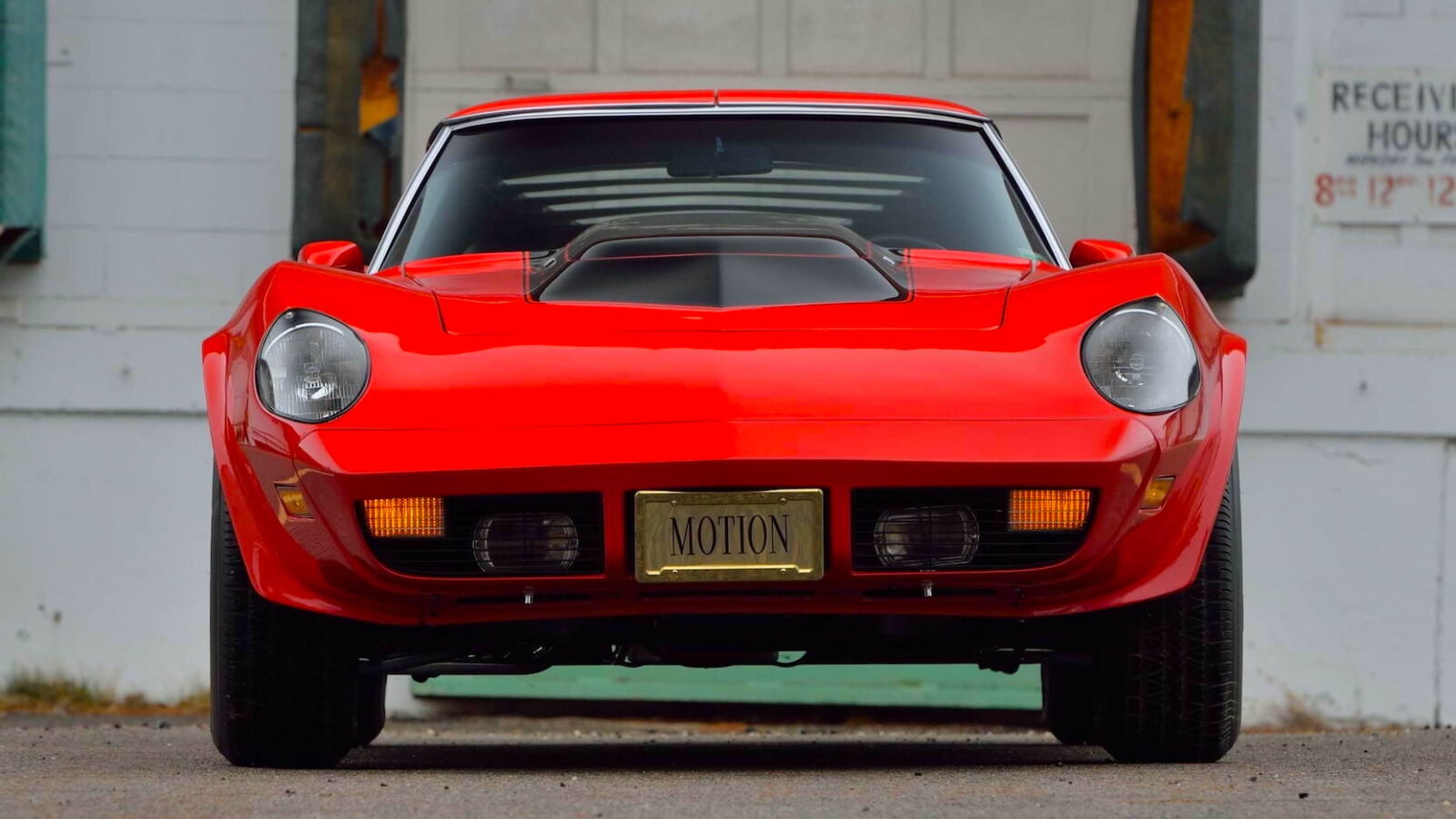 This is a rare original Motion Manta Ray GT, to cut a long story short, it’s a Corvette that was custom built in the 1970s by a company called Motion Performance, before they were fined by the US Justice Department and forced to cease most of their operations.

Not many automobile modification specialists can boast that they shutdown due to a targeted federal investigation, in fact as far as I can tell, Motion Performance was one of the only ones. The reason they were targeted varies depending on who you talk to, but it seems that the DOJ and EPA took umbrage at the fact that Motion Performance would remove emissions equipment from cars as part of their high-performance rebuilds.

The truth of the matter is a little more complex, this was the age of the Ralph Nader book “Unsafe at Any Speed”, and companies producing cars deemed too dangerous for the street were being targeted.

Motion Performance was founded by Joel Rosen in the 1960s to make parts and build race cars. Rosen himself had been a racing driver who had enjoyed no small amount of success, and his company allowed him to use his hands-on experience to build cars and parts for other people.

In 1966 Rosen partnered with Ed Simonin of Baldwin Chevrolet in Baldwin, New York (Long Island), a family owned Chevrolet dealer. Together the two men created Baldwin Motion, a rival for high-performance car builders like Shelby, Yenko, and Roush. Through Baldwin Motion you could buy a brand new car and have it built to your specifications, the company’s Phase III Supercars even came with the following guarantee:

“We think so much of our Phase III Supercars that we guarantee they will turn at least 120 mph in 11.50 seconds or better with an M/P-approved driver on an AHRA or NHRA-sanctioned drag strip. Phase III Supercars are completely streetable, reliable machines that will run these times off the street.” – Joel Rosen, Baldwin Motion 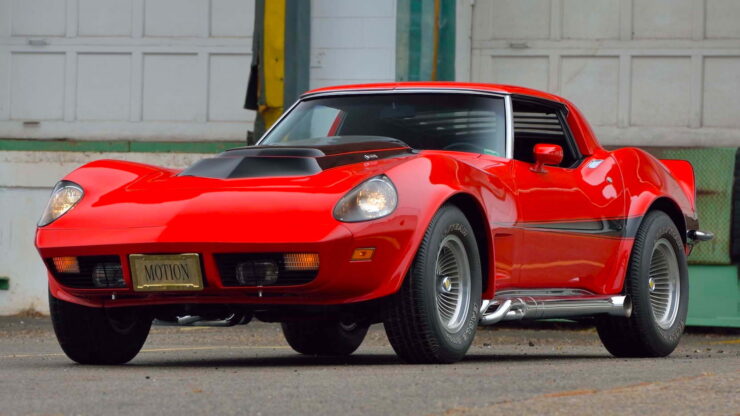 Above Image: The Motion Performance Manta Ray GT makes use of several unique body panels, including a one-piece front end with fixed headlights rather than the pop-ups used on the original C3 Corvette.

Baldwin Motion builds typically involved two major lines of modification, one was mechanical and the other was cosmetic. A slew of changes could be specified under the hood that would turn these cars into some of the fastest street-legal machines in the country, and bodykits could be fitted that would allow people to see from a distance that you were driving something a little different.

The most extensive body modifications were made to the C3 Corvette-based cars, this was because Corvettes have fiberglass bodies sitting on steel frames – making them easier to modify as new fiberglass panels could be designed and made from molds relatively quickly and easily.

The car you see here was the final car built by Motion Performance before the company was shut down. It’s called the Motion Performance Manta Ray GT, just three were built originally, one of which was crashed, and the other is considered lost to history as it disappeared decades ago.

The Manta Ray GT includes a slew of signature Motion Performance modifications including custom body work including a new one-piece hood, a new tail section with a distinctive spoiler. Under the hood lies a 350 cu. in. V8 that’s been worked to the point it produces 425 dyno-tested horsepower which is fed through a reworked 1/4 mile friendly Turbo 400 automatic transmission.

The car makes use of the 454 V8-style reverse hood scoop along with chromed side-exit exhausts running along each sill. The engine is fitted with an Edelbrock intake, an MSD ignition, and a slew of other internal go-faster parts to bring the power up to over 400 hp.

The car is due to roll across the auction block with Mecum in mid-May, it is accompanied by a letter of authenticity signed by “Mr. Motion” himself, Joel Rosen, and Rosen also signed the center console and T-Top. If you’d like to read more about it or register to bid you can click here to visit the listing. 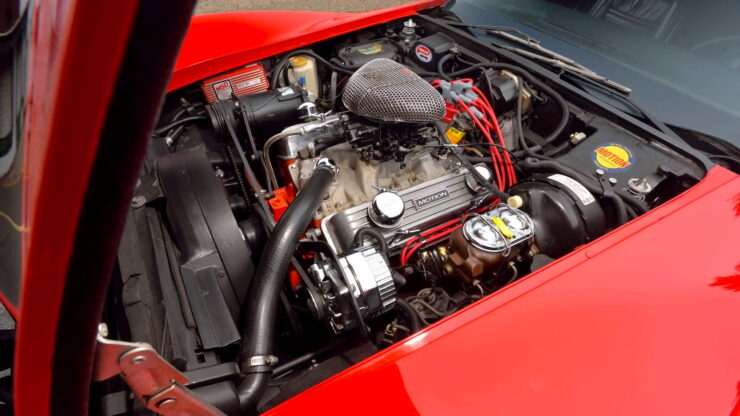 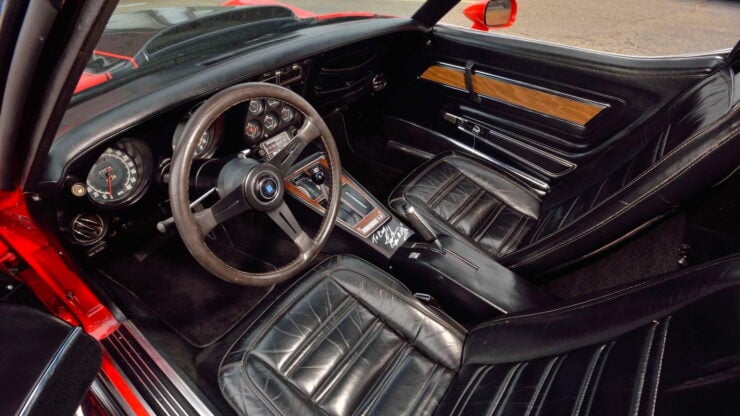 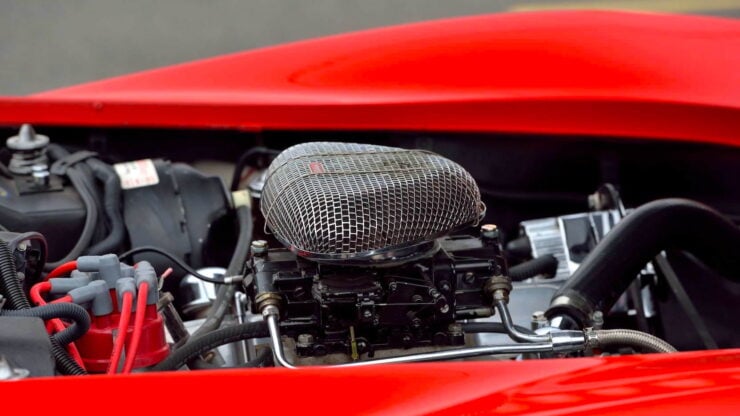 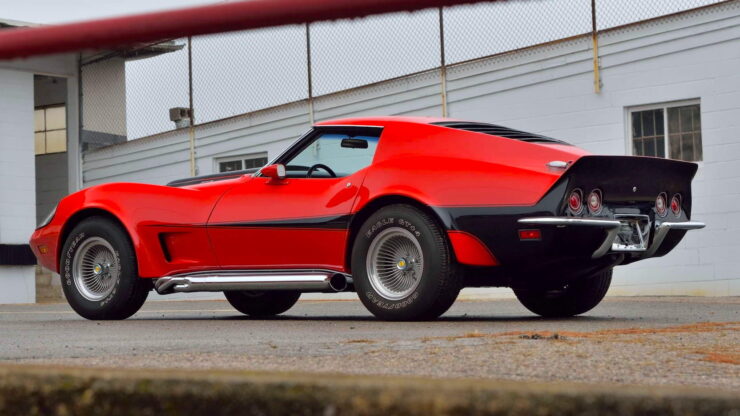 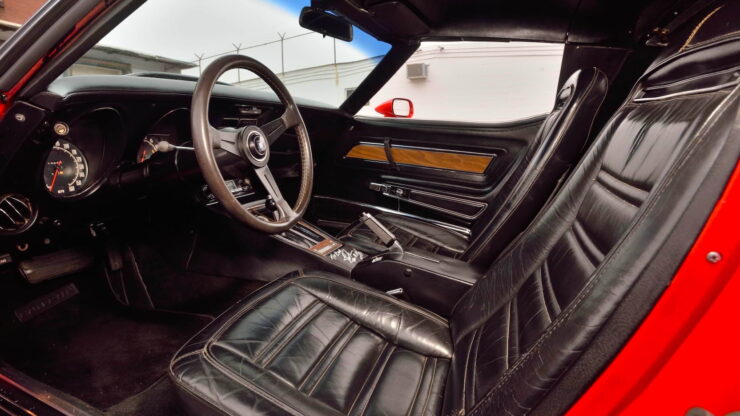 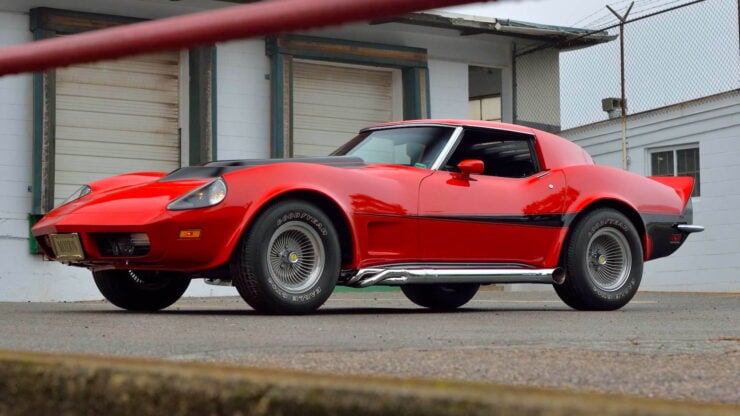 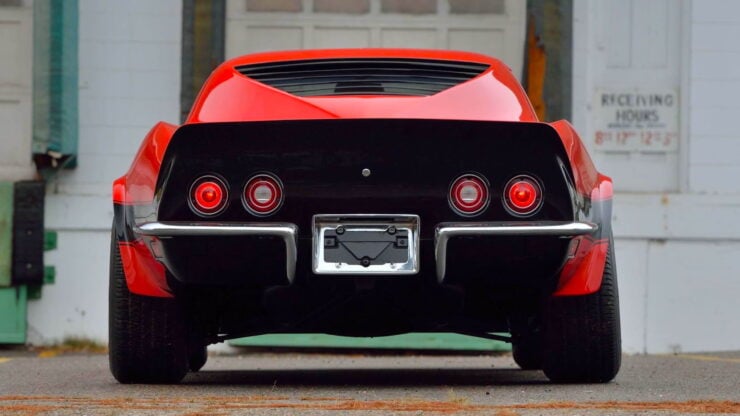 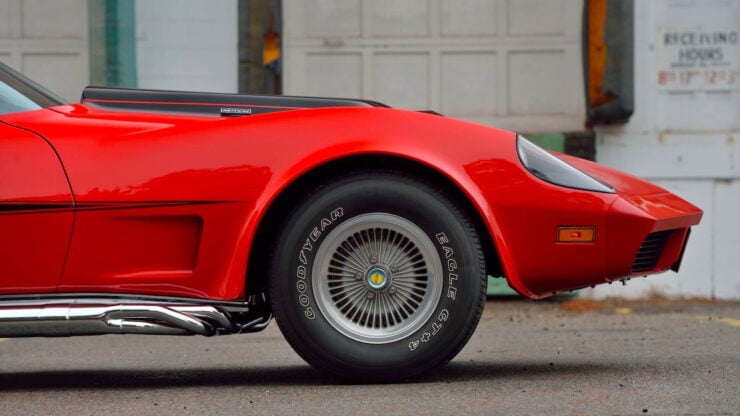 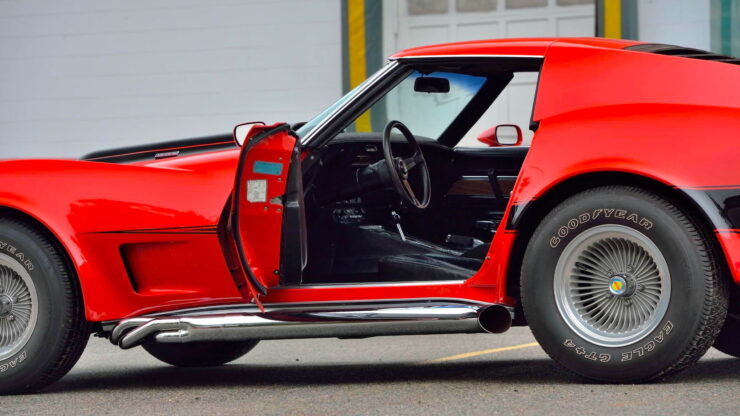 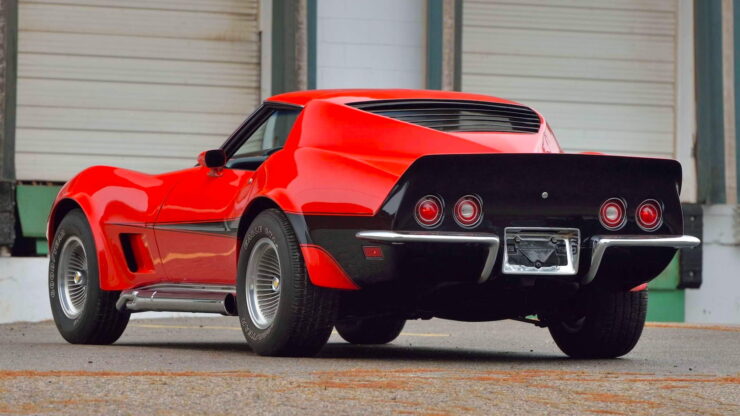 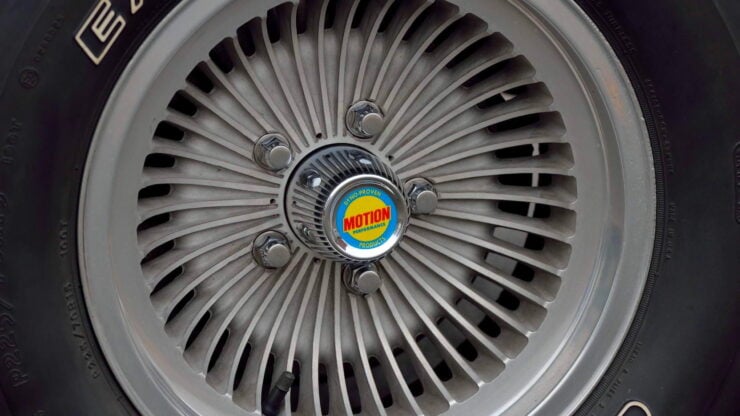 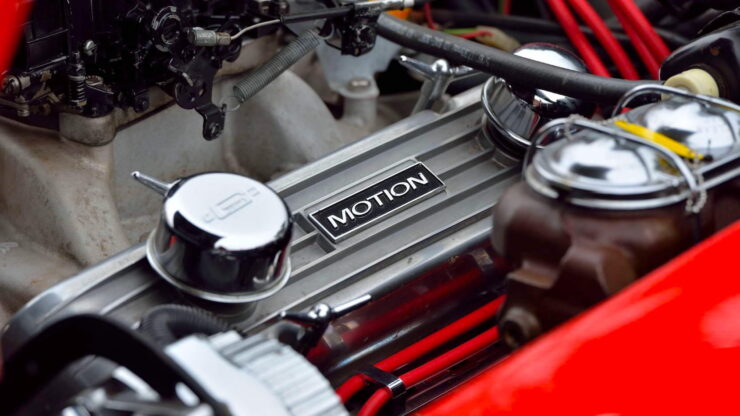 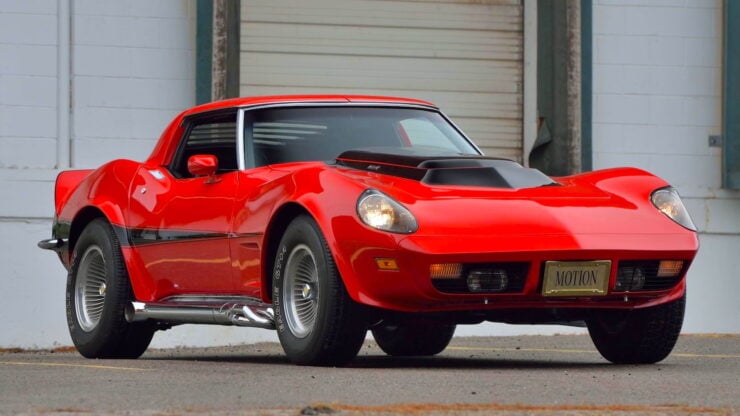 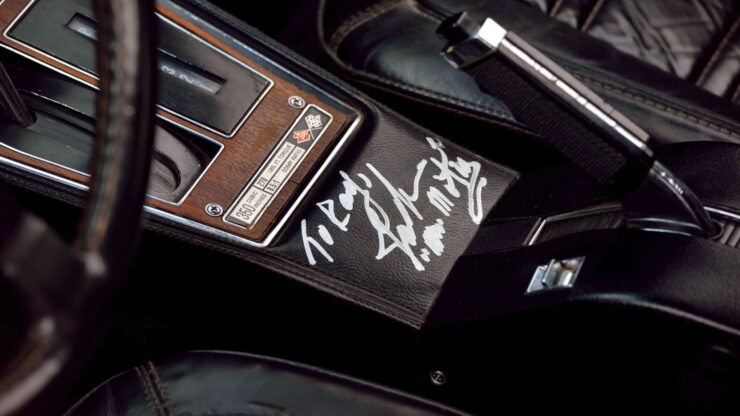 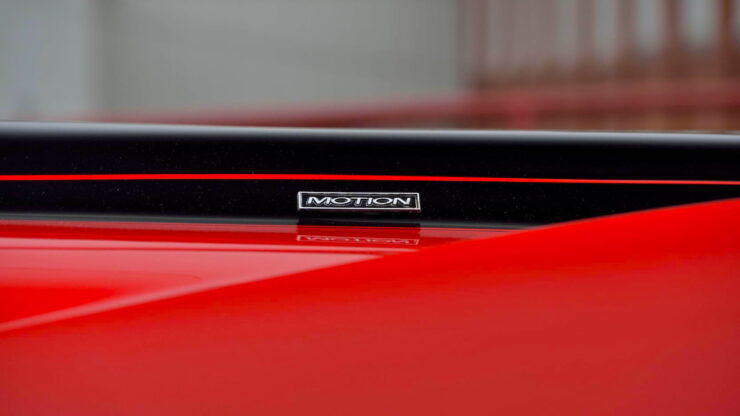 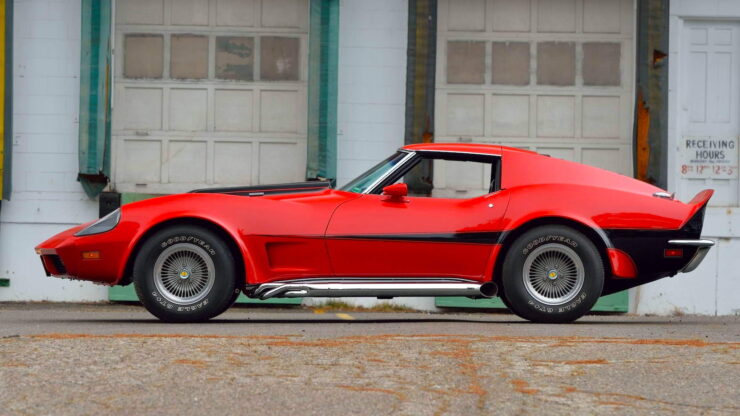 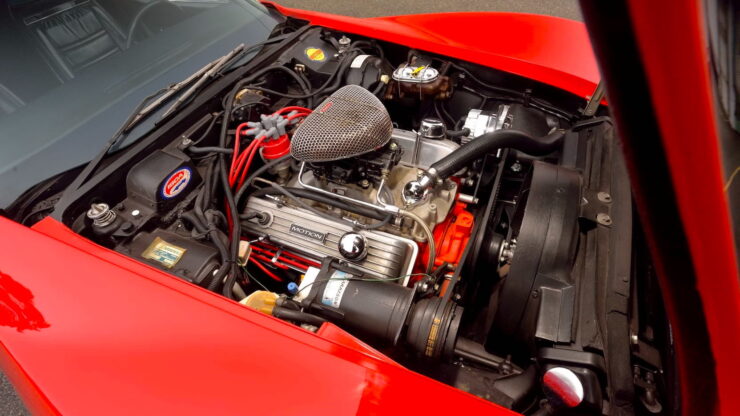 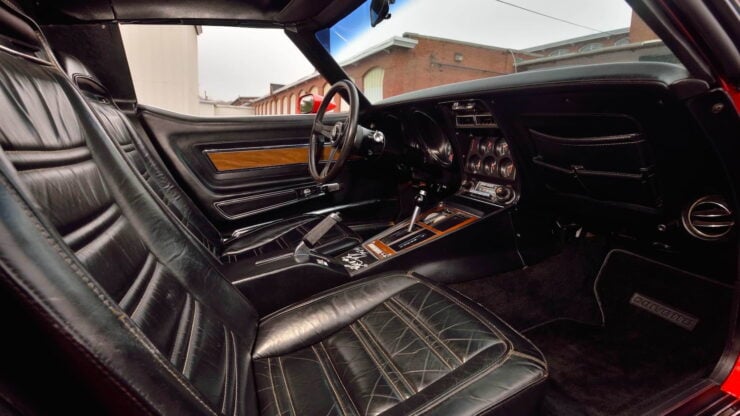 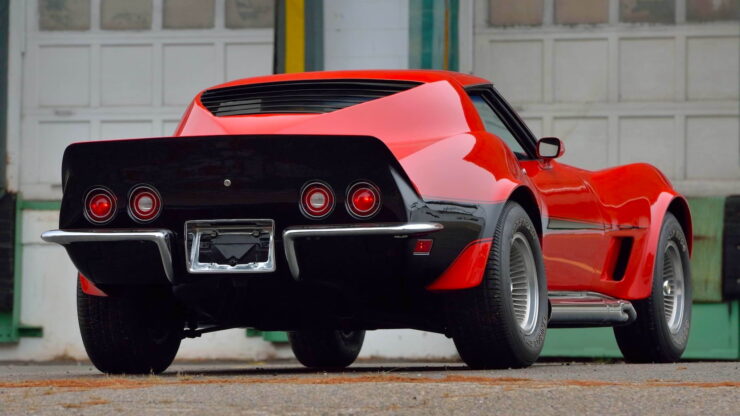 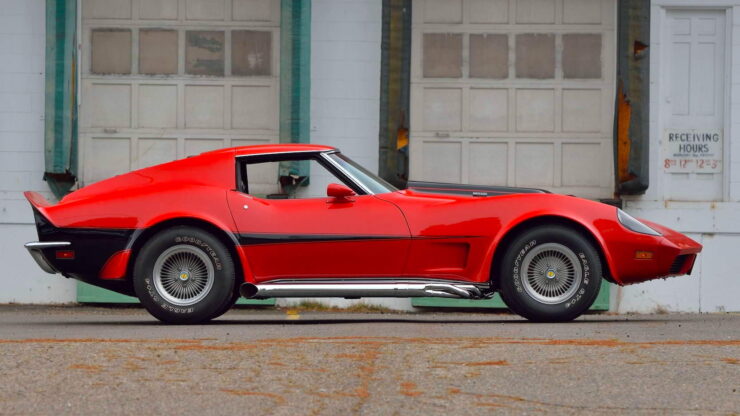 The Lister-Jaguar “Knobbly” was the most famous creation of Lister Motor Company, a small British sports car maker that was founded by Brian Lister…

This is the Super73-S2, it’s the updated version of the original Super73, an electric motorcycle/bicycle that has become a common sight on streets from New…

It’s not everyday you get the chance to buy a rebuilt 414 cubic inch Lincoln L-head V12 engine on eBay, typically we see the slightly…

This is an Intermeccanica Indra, it’s a rare Italian-built sports car from the early 1970s that makes use of an American drivetrain and many other components….