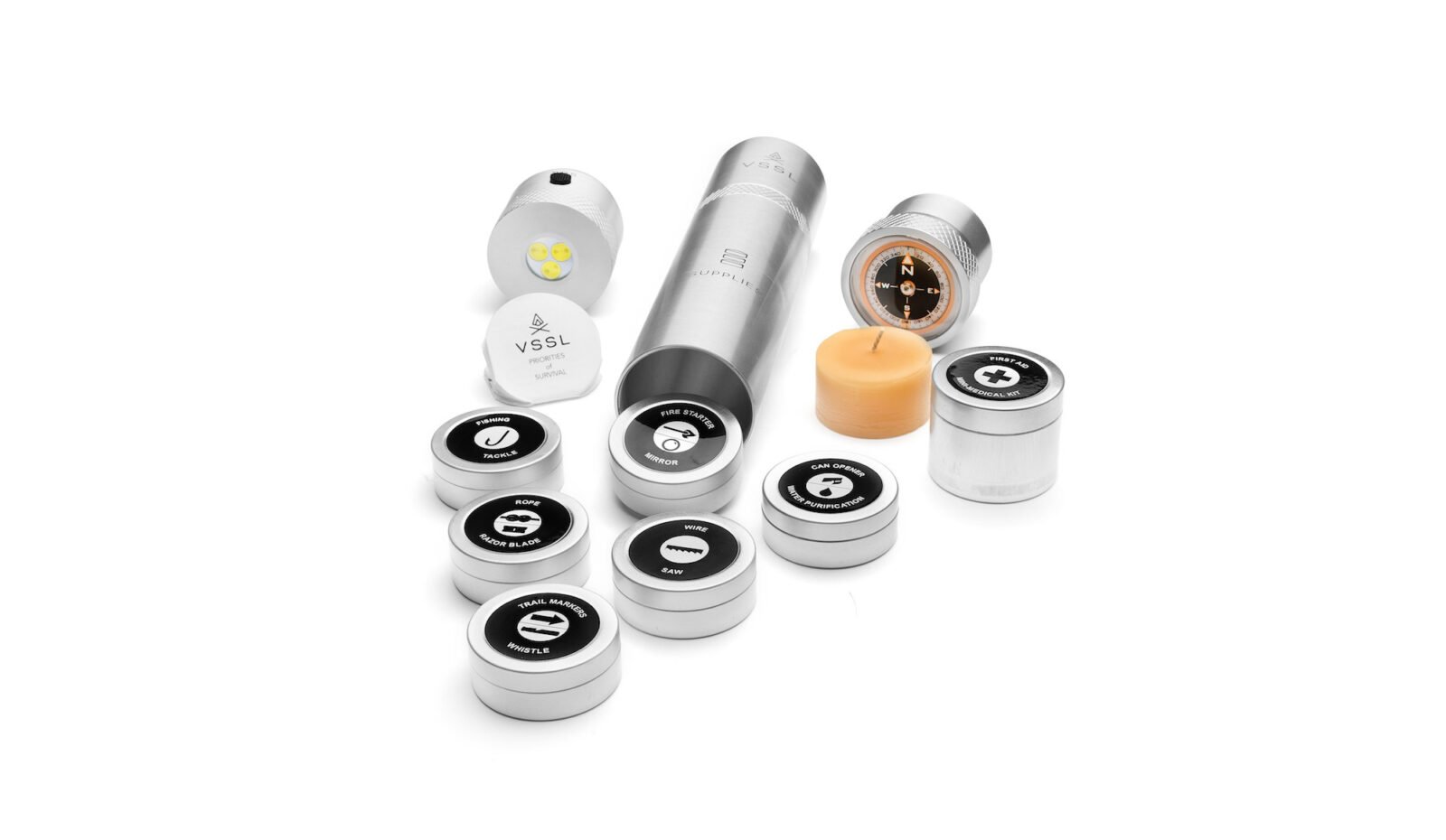 VSSL took a standard camping flashlight and realised there was a lot of space to be saved by replacing the traditional bulb with a series of low energy, high output LEDs. The resulting light offered better battery life from far less batteries – opening up a lot of storage space in the flashlight’s tube.

Rather than lopping off half the handle, VSSL decided to create a series of flashlights and pre-load the handles with survival gear that has been specifically developed to fit neatly in place of the batteries.

The Shelter VSSL Flashlight (pictured second below) contains: A dual mode (static and SOS) LED ‘flood’ beam lantern light, illuminates a large area (batteries included), a temporary polyethylene tent, a 20’ rope, and an oil-filled compass. The tent reflects up to 95% of radiated heat and can also be used as a first aid blanket to prevent/counter hypothermia, with its reflective surface being ideal for visibility. 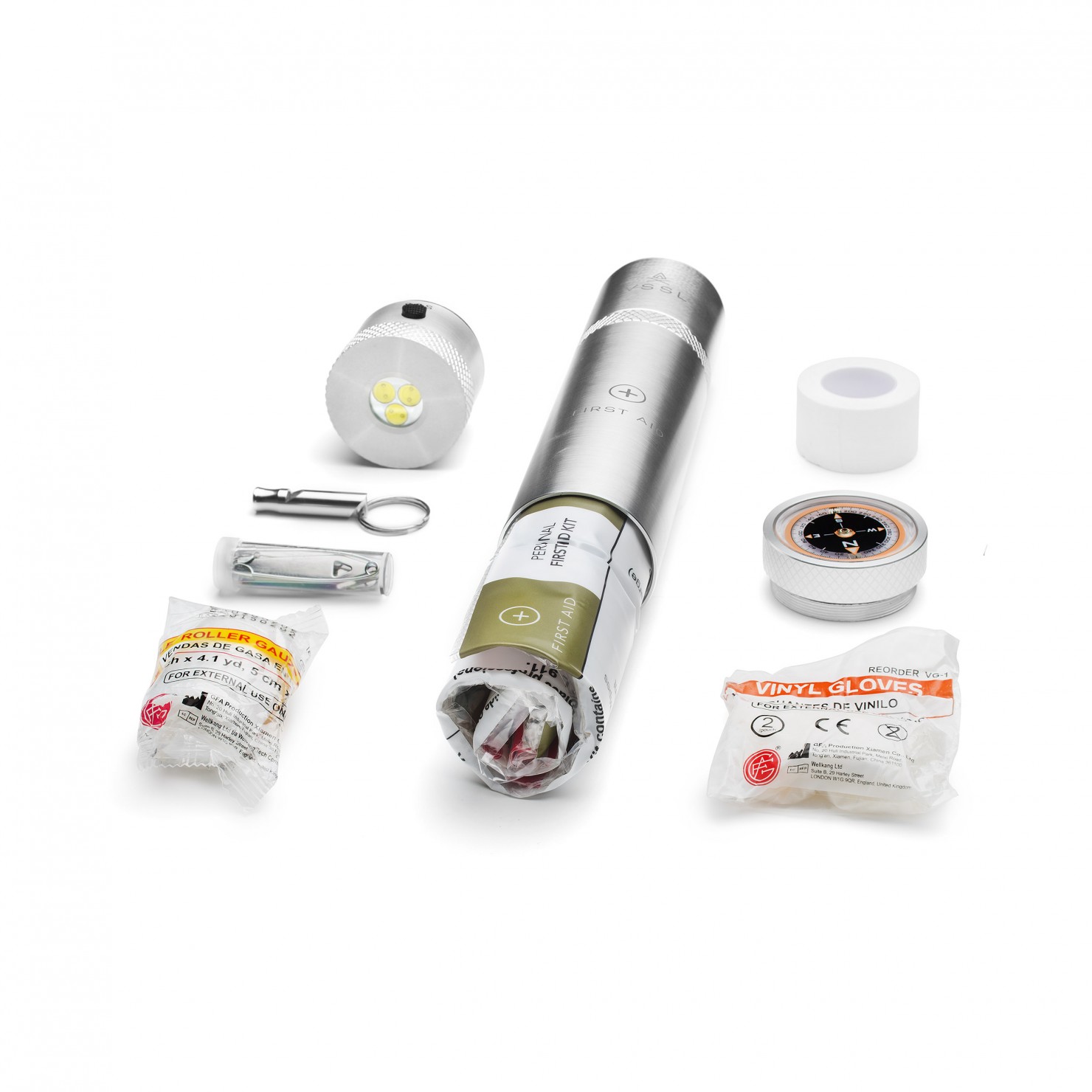 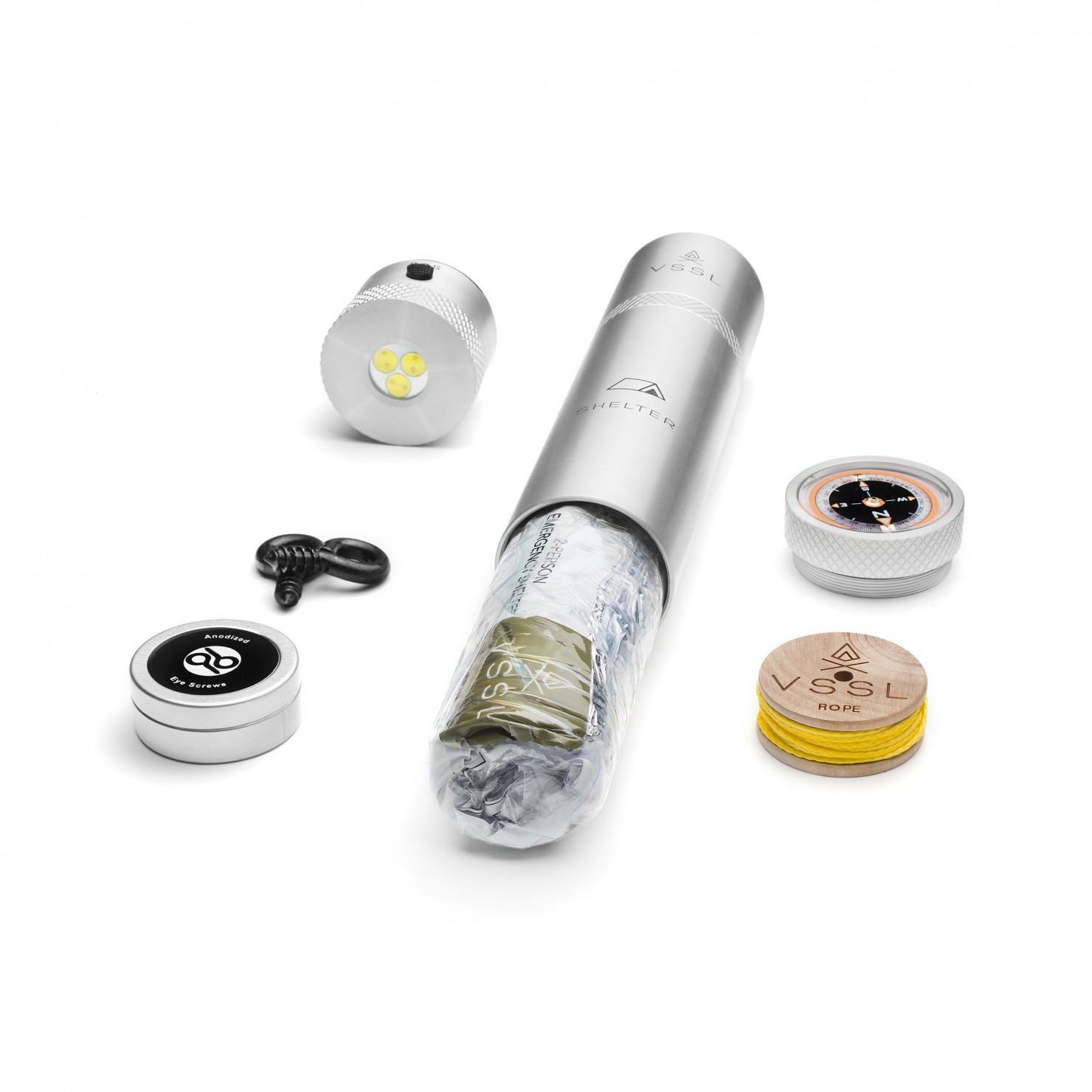 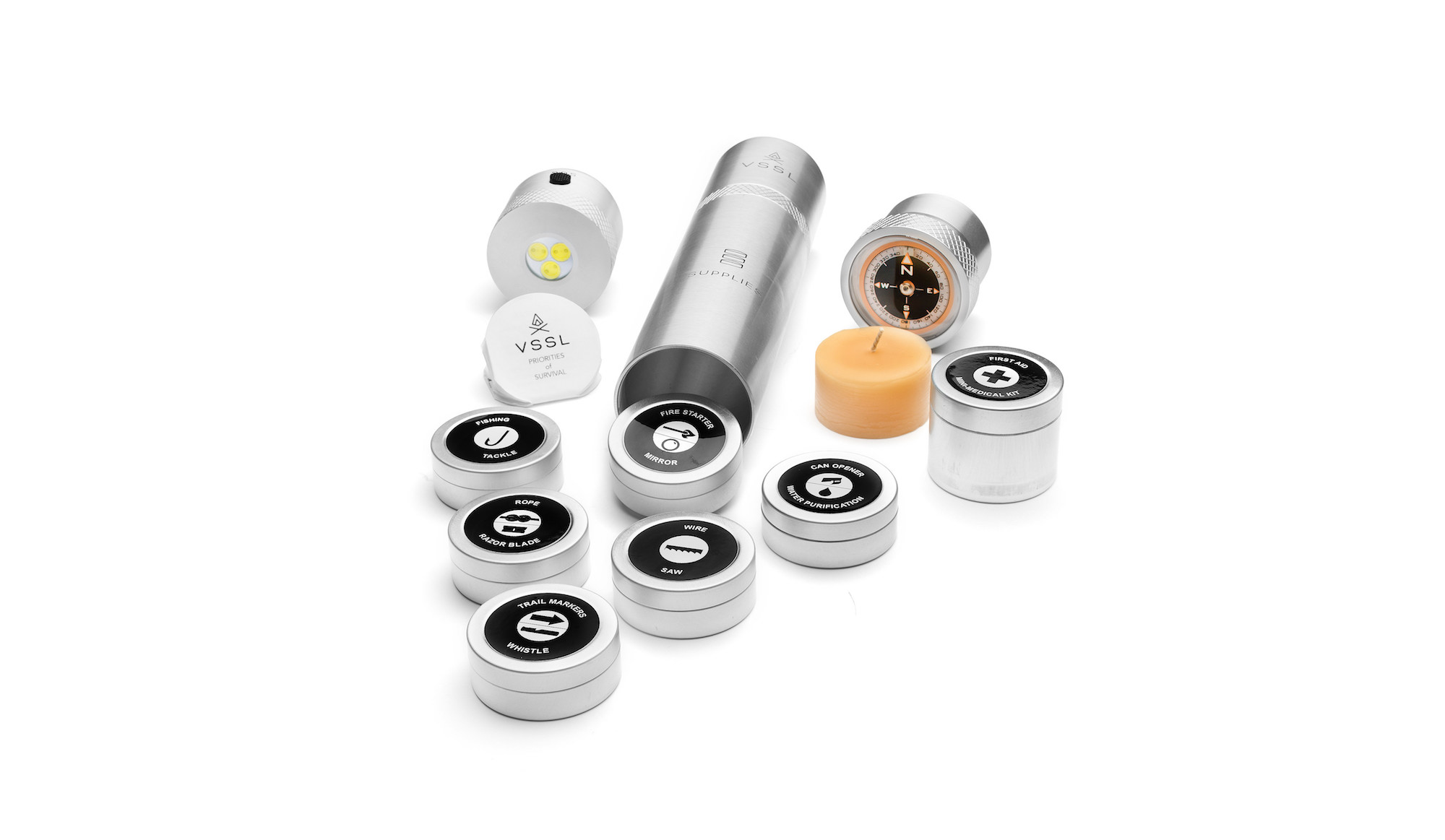