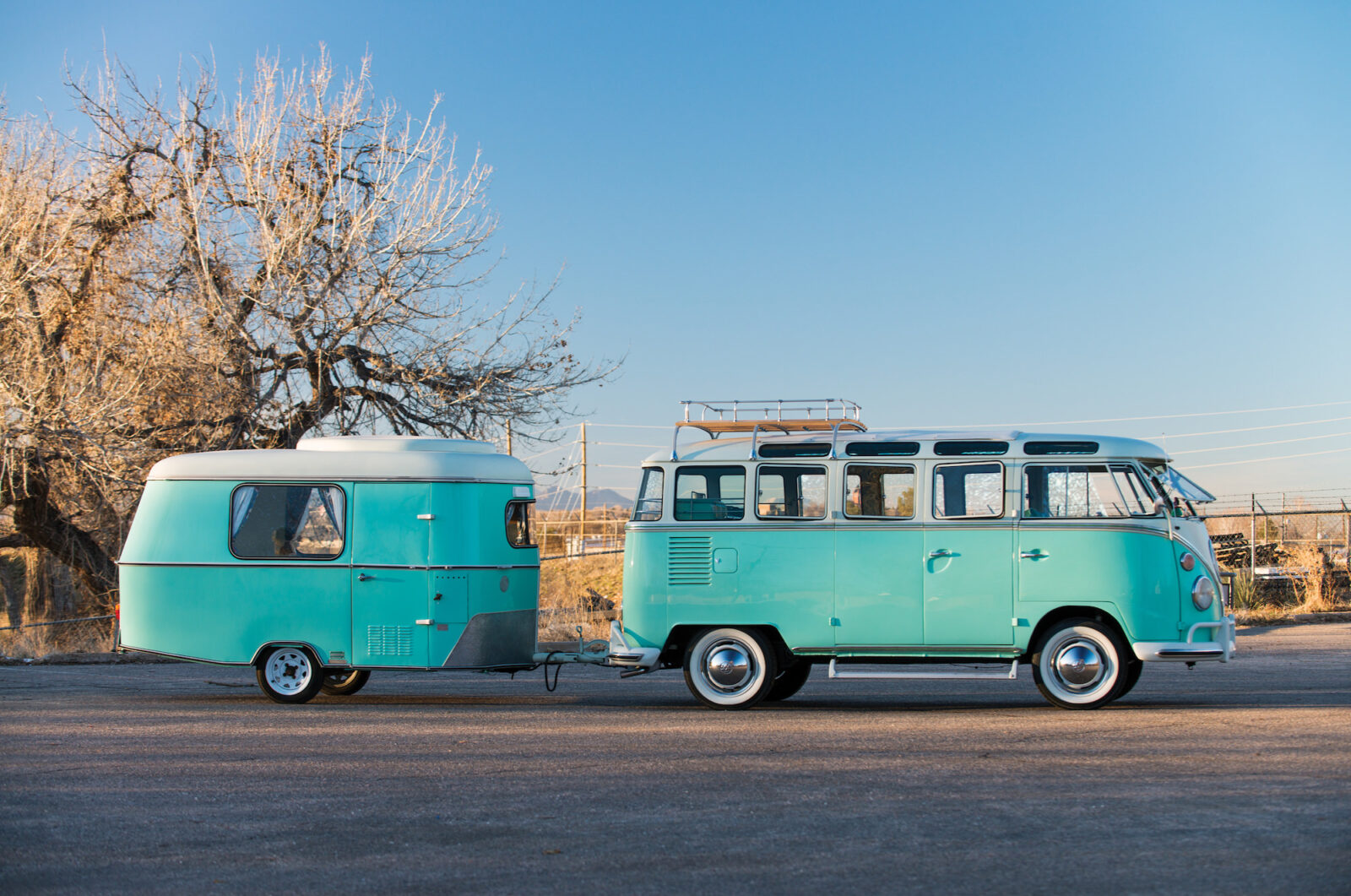 The Volkswagen Microbus is known by a range of different names in different countries – some call them the Kombi, some know them as the Transporter, some as the Camper or the Bus and perhaps most accurately, as the Type 2.

It was originally labelled the Type 2 by Volkswagen as it was based on the platform of the Type 1 – otherwise known as the Beetle. Both cars shared engines, transmissions, suspension, braking and as many other components as possible to save on cost – and both enjoyed staggeringly long production lives, the Type 1 was built for 65 years and the Type 2 was built for 63 years.

First introduced in 1950, the Type 2 quickly became almost as big a cult classic as the Beetle, and for many it was the definitive vehicle of the Age of Aquarius.

The most desirable version of the Microbus is the 23-Window version that had been originally developed for touring the Alps – the windows in the roof allowed panoramic mountain views. The model you see here also has the much sought after split-window safari windshield (an $800 option in 1963), and 6 pop-out side windows.

One of the minor quibbles that some owners had with early Type 2s was the lack of available power, so the owner of this one has had a rebuilt 50 bhp, 1585cc, flat-4 fitted to ensure it can manage those Alpine ascents.

This additional power is doubly important due to the matching-color 1967 Eriba Puck camping trailer – one of only five known to have survived to the modern day. It’s painted in the same two-tone combination of Turquoise and Blue White, and remarkably it only weighs 700 lbs despite the fact that it’s fitted with a two-burner propane stove, a sink, a dining table, a pop-up roof, and twin beds.

If you’d like to read more about this Type 2 you can click here to visit RM Sotheby’s. 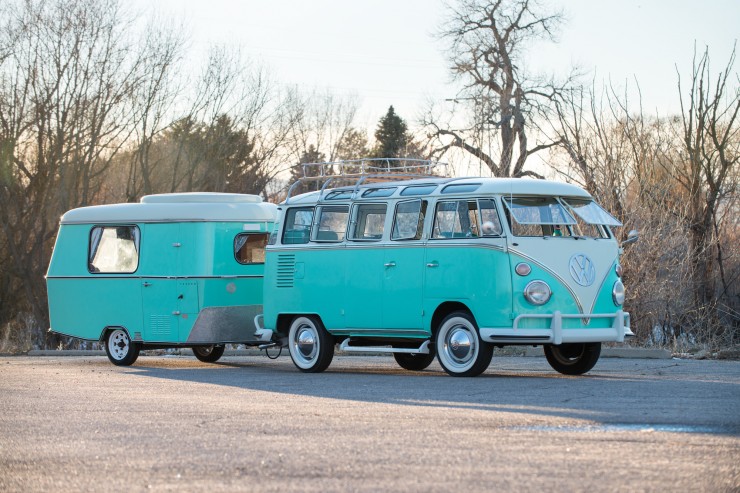 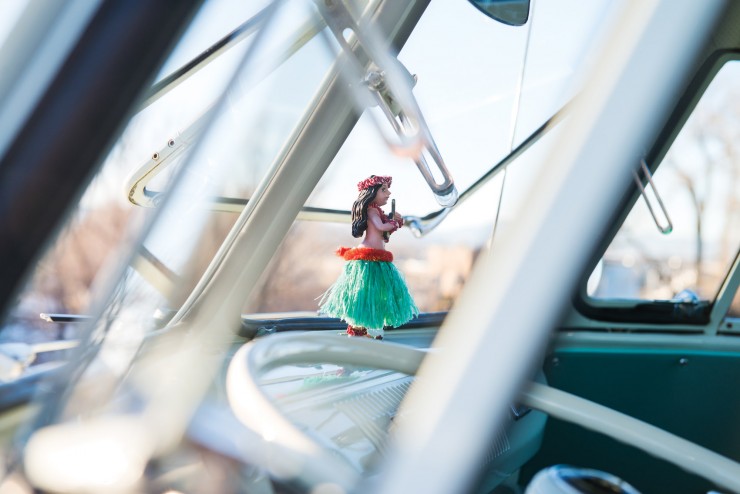 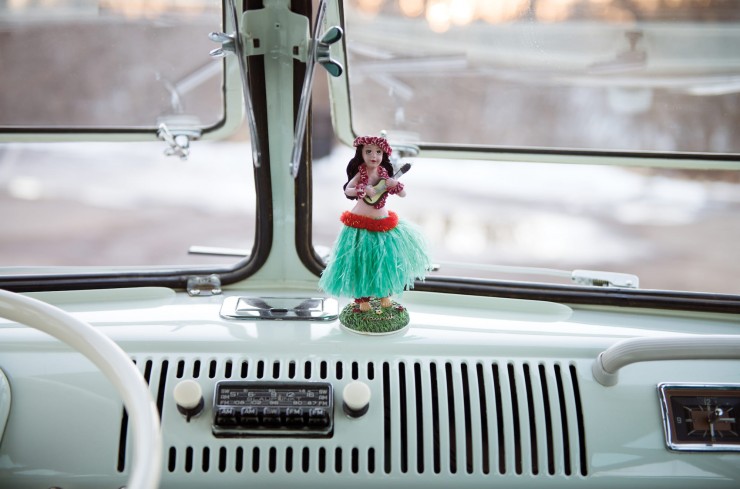 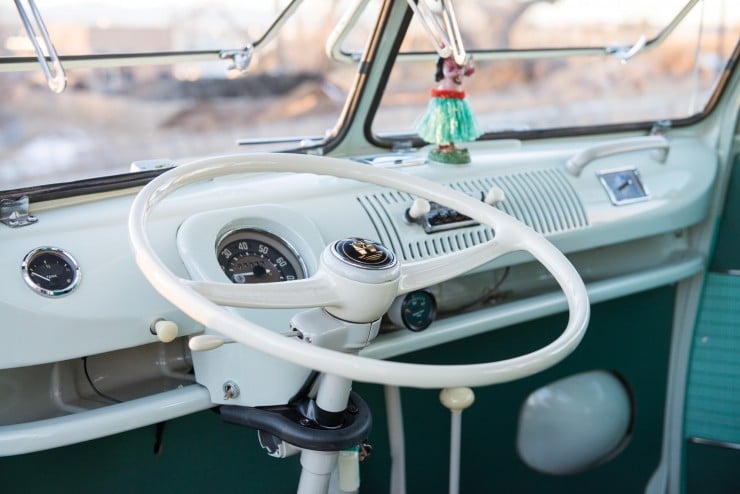 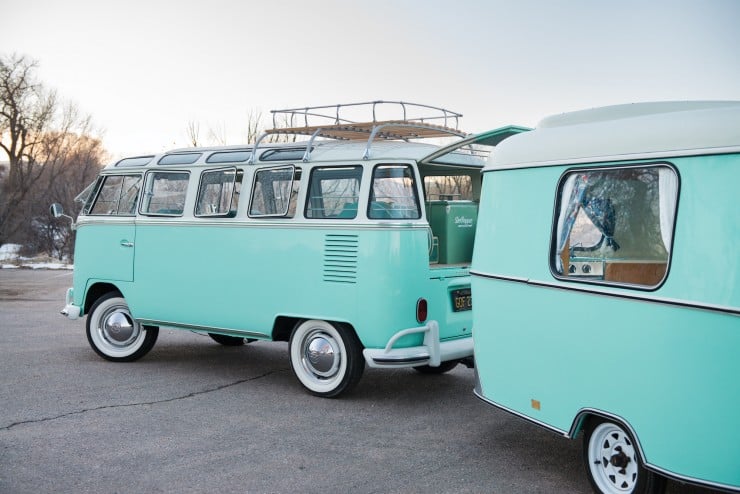 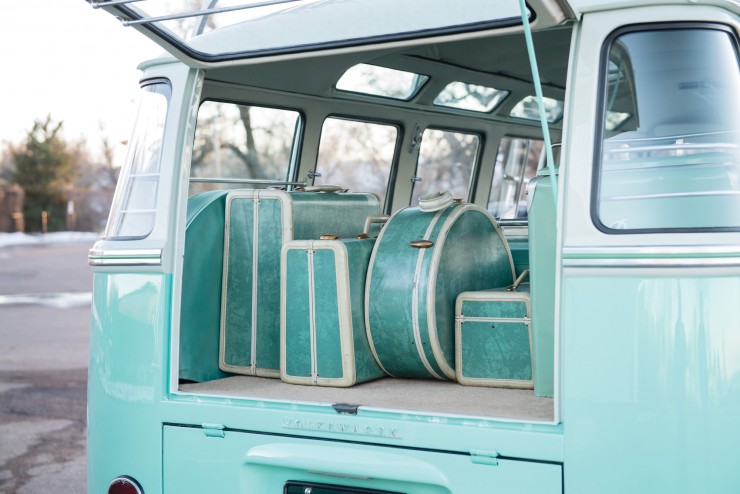 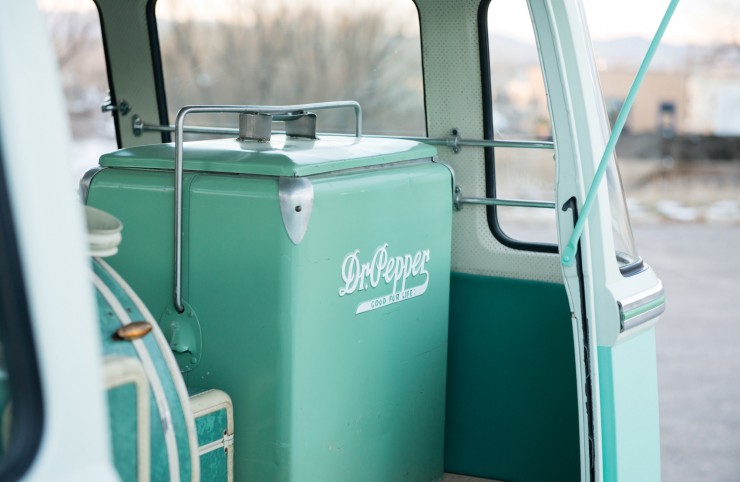 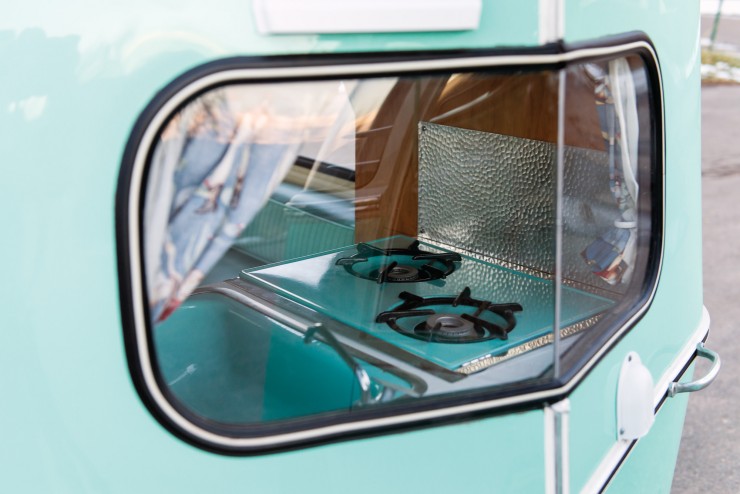 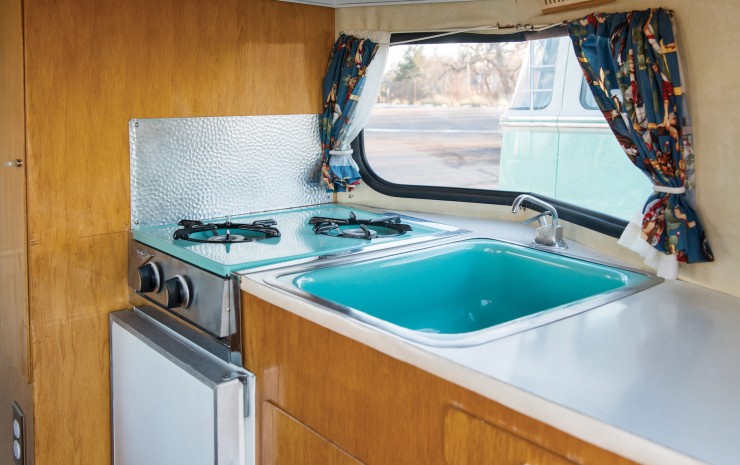 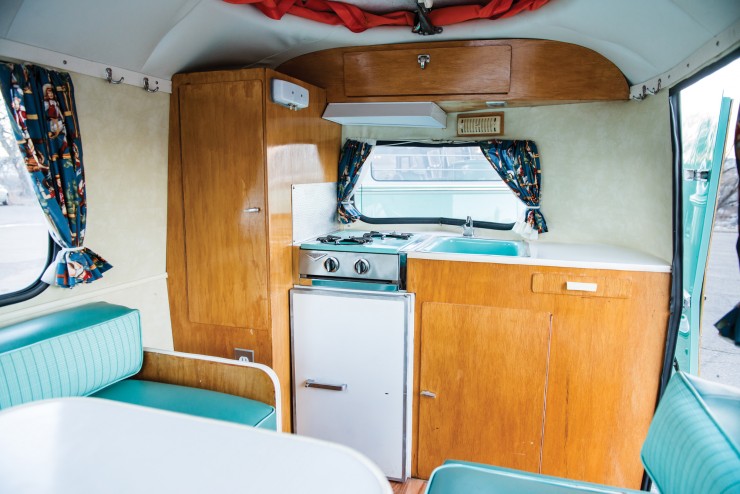 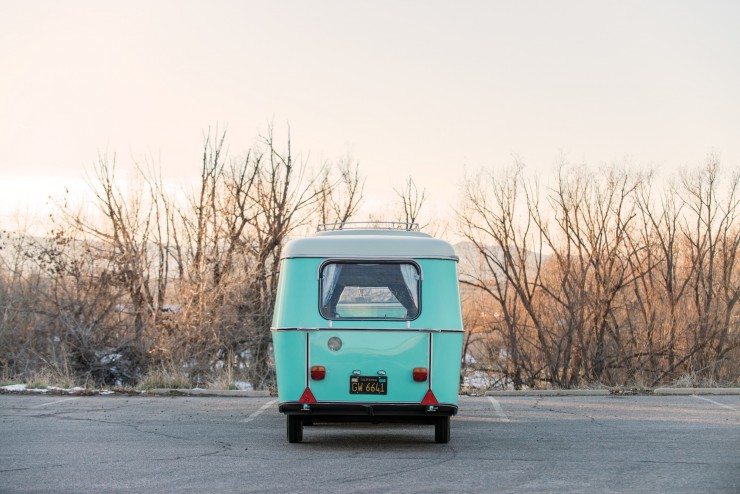 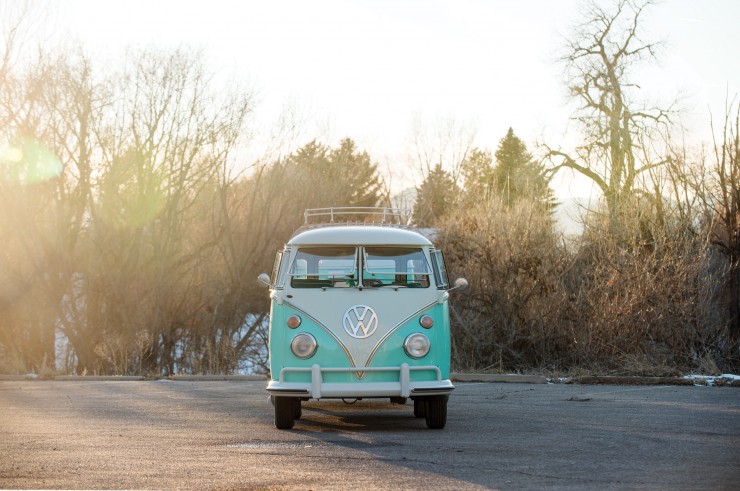 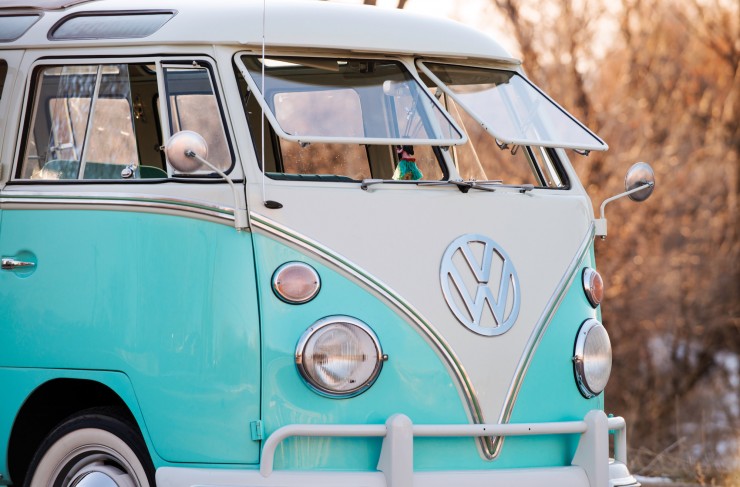 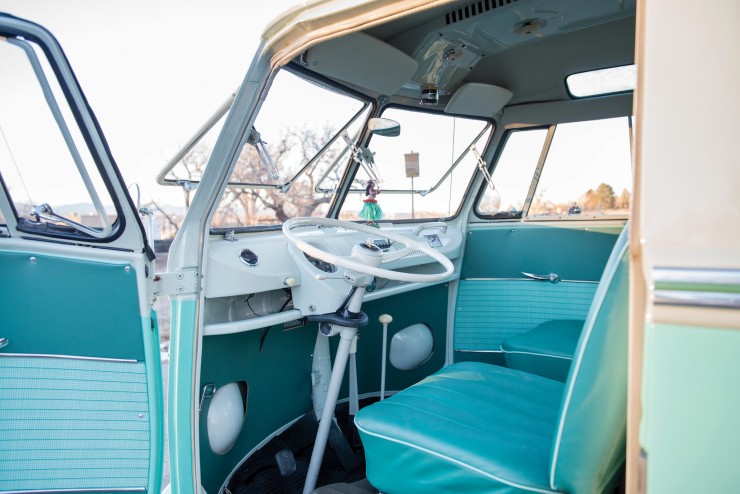 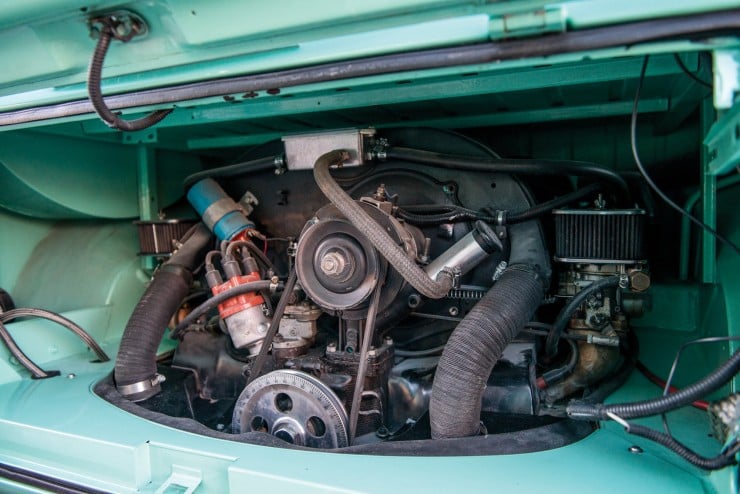 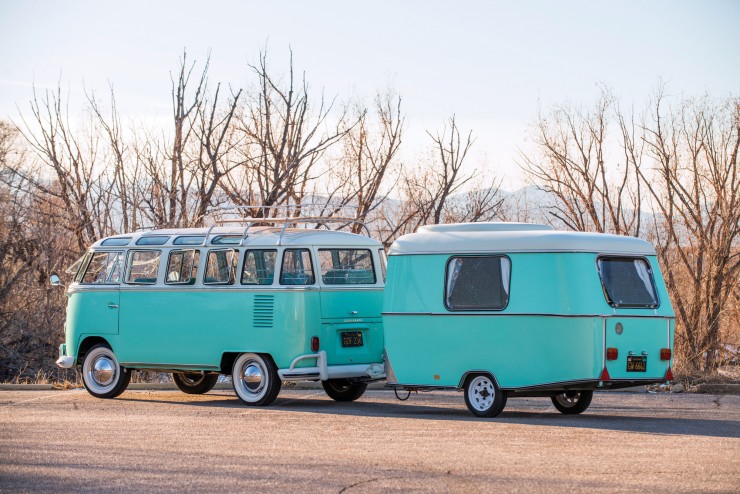 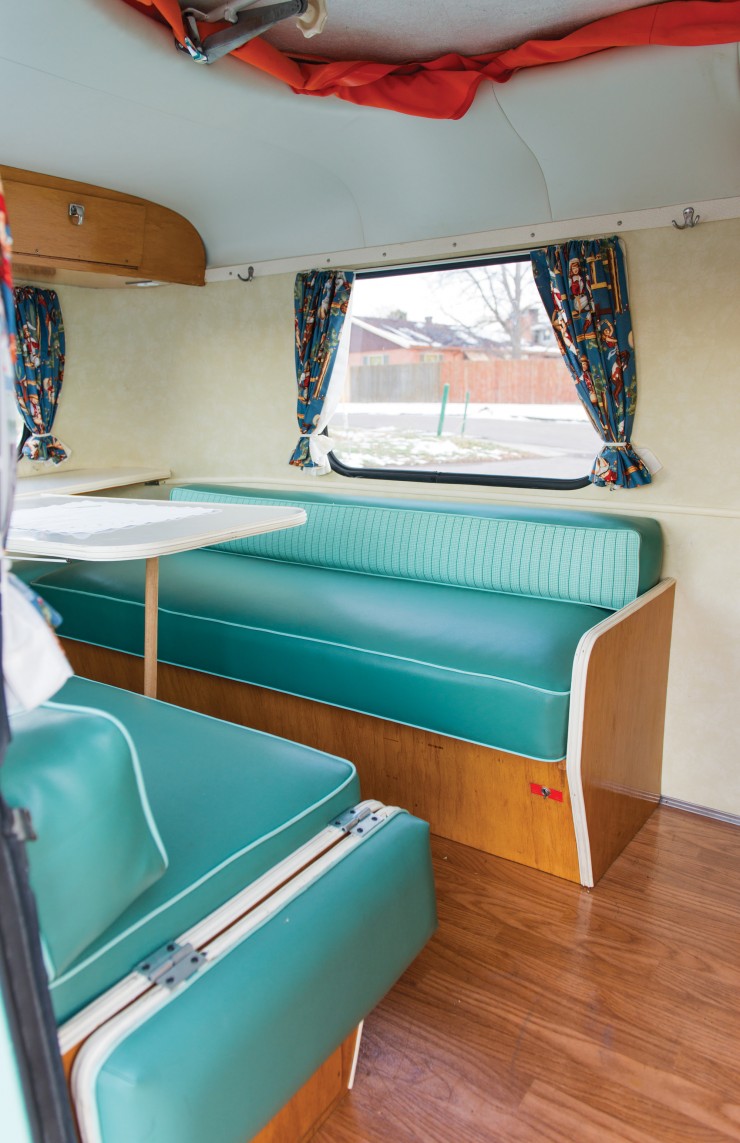 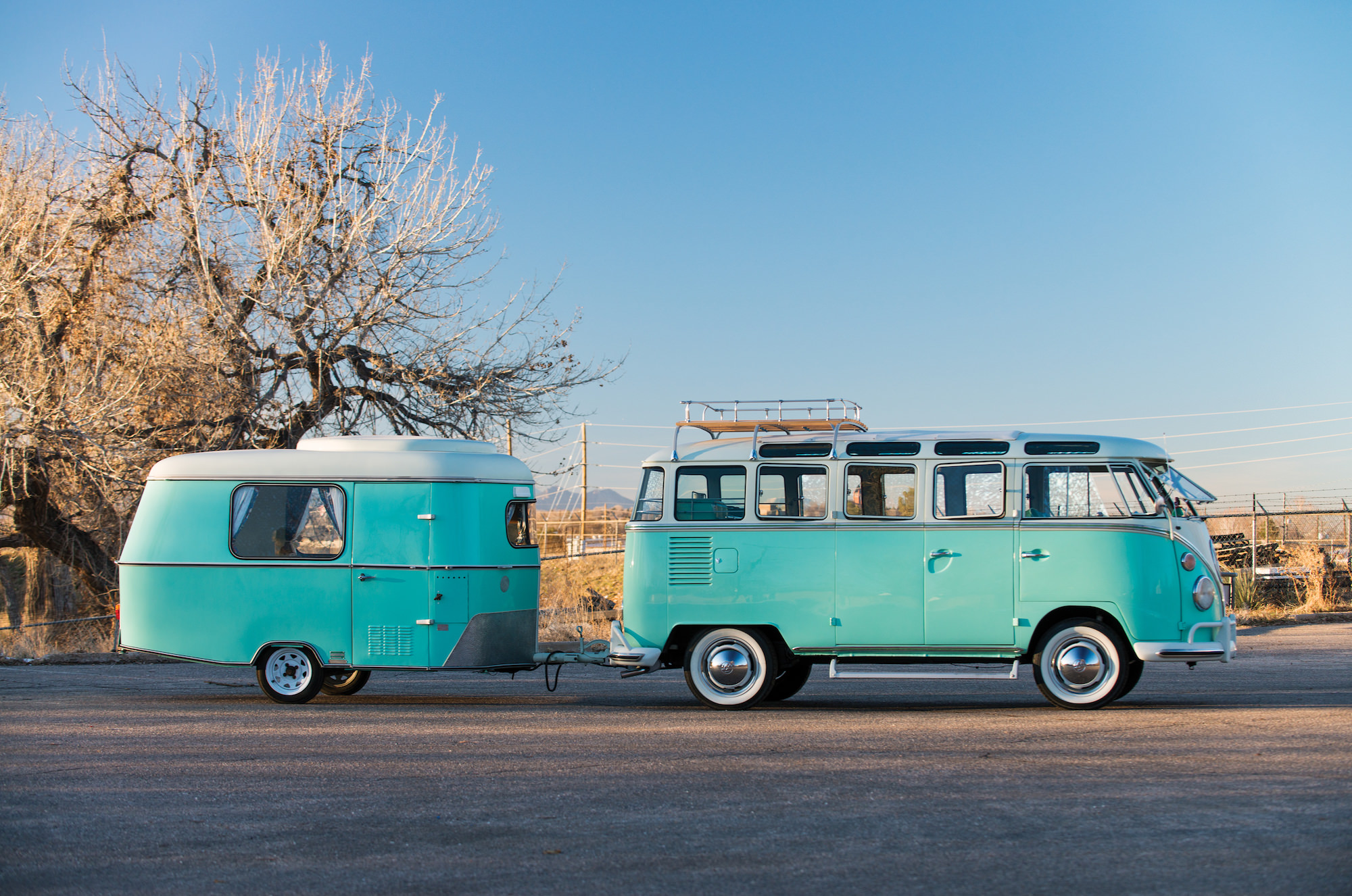