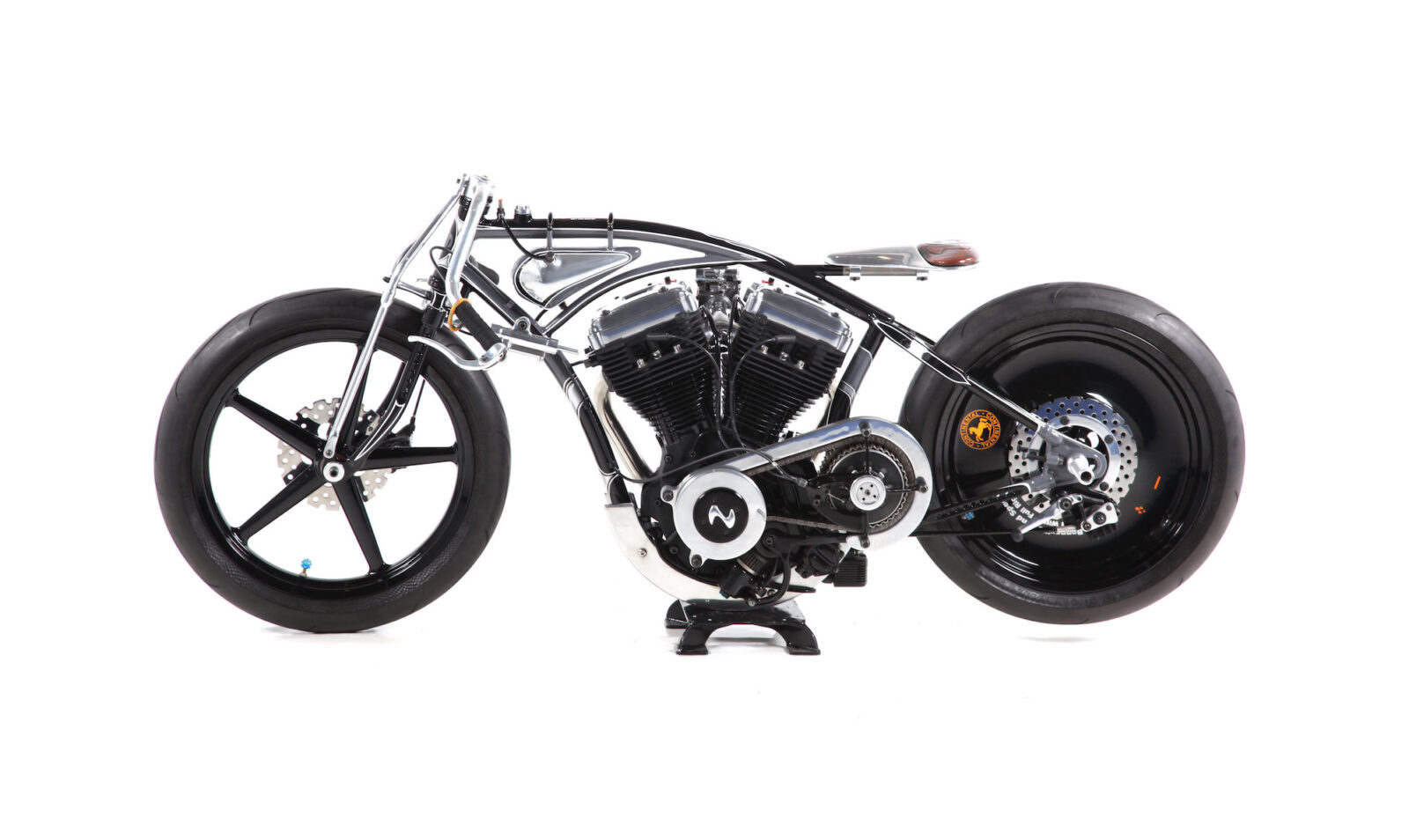 Land speed racing is a pastime that has turned out some of the most extraordinary two and four wheeled vehicles that have ever seen the light of day. Land speed machines are almost purely function-before-form, but it’s exceedingly rare to see an ugly one – a unique trait that I don’t think is common to any other form of motor racing.

The Buell-engined land speed racer pictured here is the work of French custom motorcycle builder Laurent Dutruel. It took second place honours at the 2013 AMD World Championship in Germany in the Freestyle Class, but it wasn’t built to compete in competitions where it stood still – it was built for Bonneville.

Laurent was inspired by the 1995 custom motorcycle Hagakure, built by Saga MC out of Japan. He called his project “Tribute to Hagakure” to embody this, and he set to work developing a 100% rigid motorcycle designed to surpass 200 km/h on the glistening salt flats of Utah.

He chose a 980cc V-twin from a Buell XB9 fed by a Mikuni HSR 48 carburettor, he then spent 1300 hours painstakingly fabricating the exhaust, fuel tank, frame, and forks from steel and aluminium. He chose a low-slung set of board tracker influenced handlebars, a board tracker seat, a pair of 19″ Harley-Davidson wheels shod with Continental 90/90 x 19″ rubber front and back, and a set of brakes that were chosen for their small size and low-weight rather than their outright stopping power.

He shipped the bike to Bonneville in 2011 for the land speed season, and was honoured to meet two men from Saga MC who had flown in specifically to see the Tribute to Hagakure do its run. Laurent topped the bike out at 208 km/h – a remarkable feat on a motorcycle with no suspension, and no aerodynamic fairing – he described the experience as “absolutely frightening”.

If you’d like to see more of Laurent’s work you can visit Zen Motorcycles here. 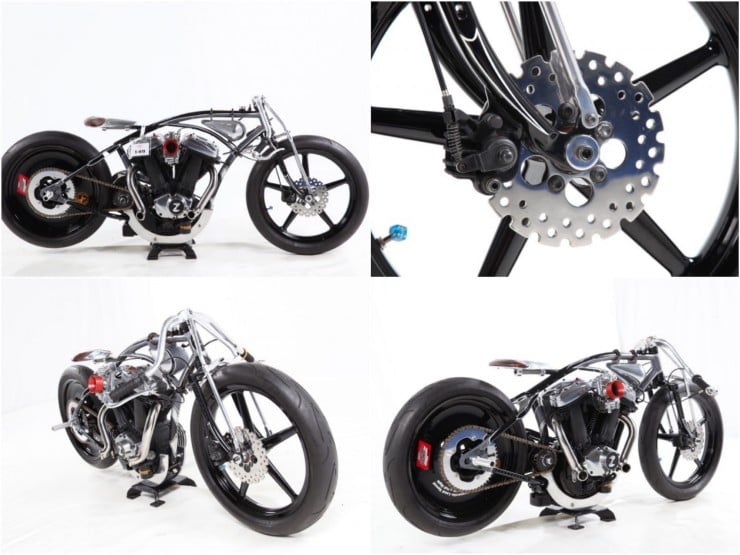 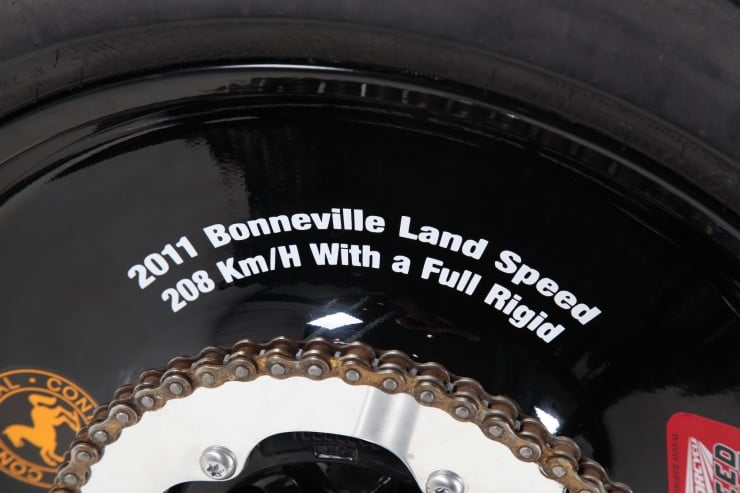 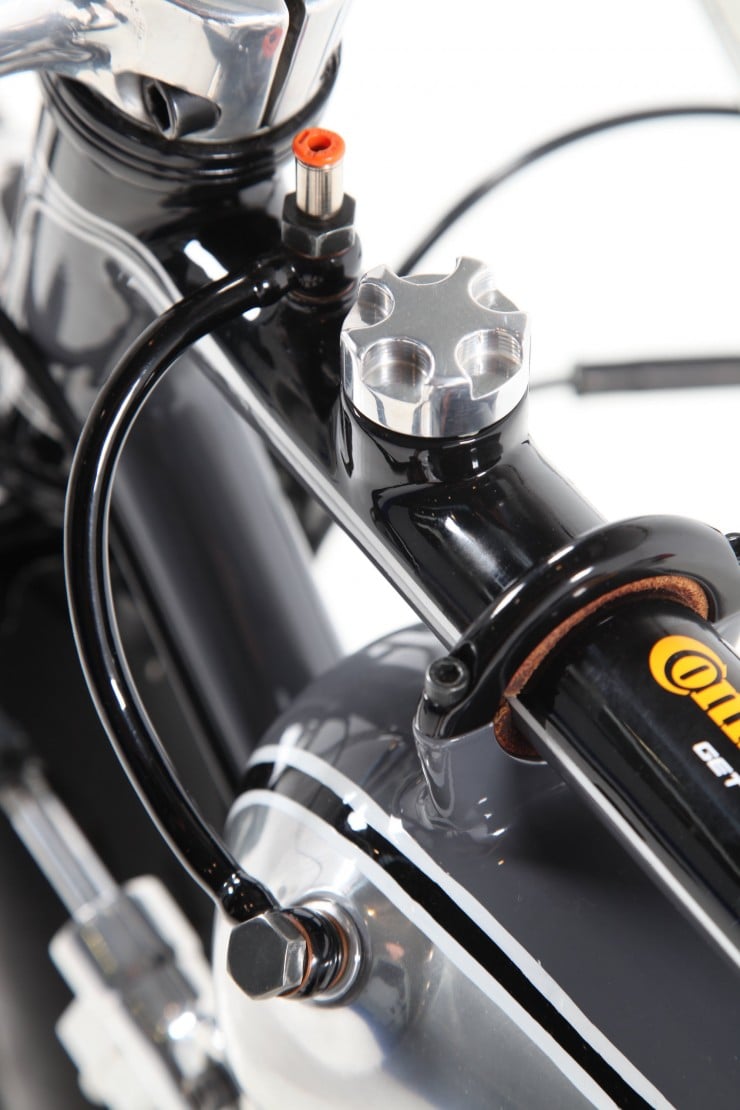 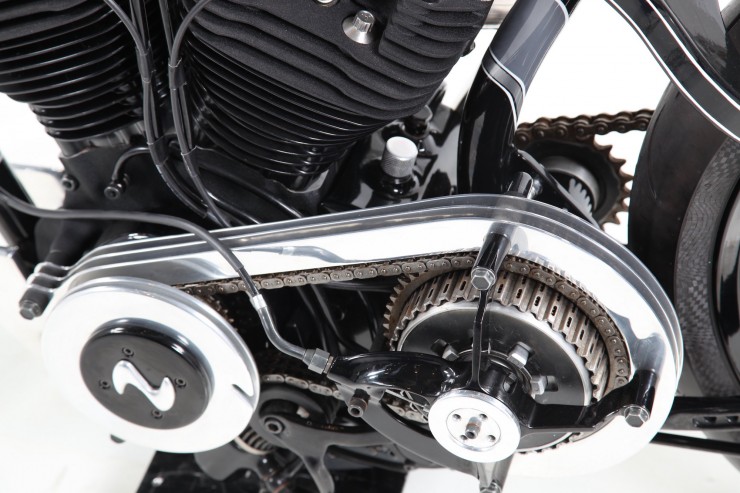 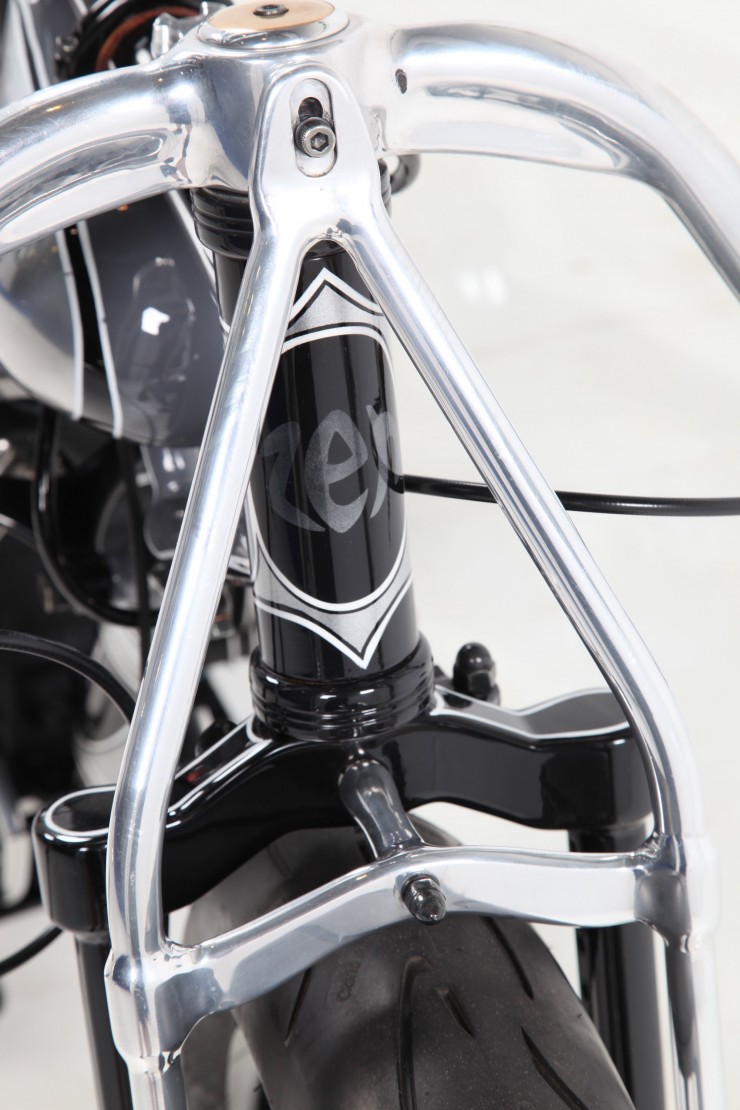 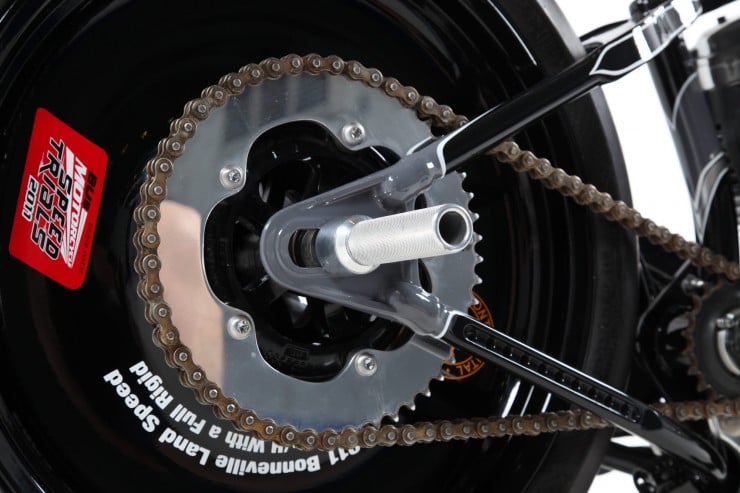 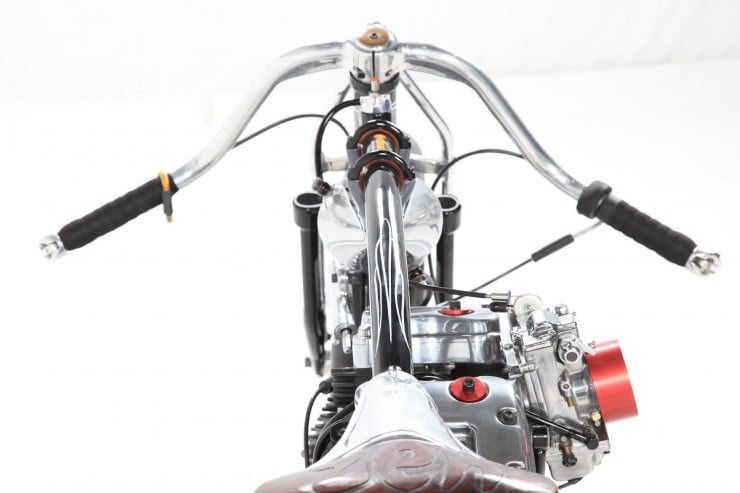 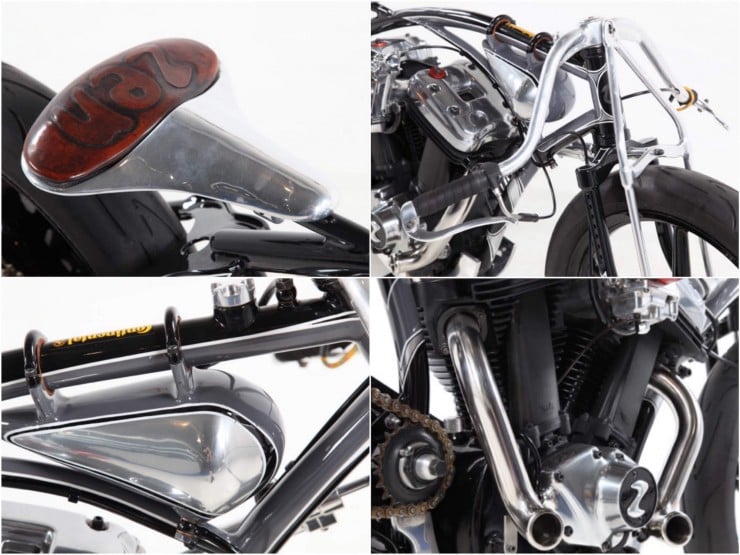 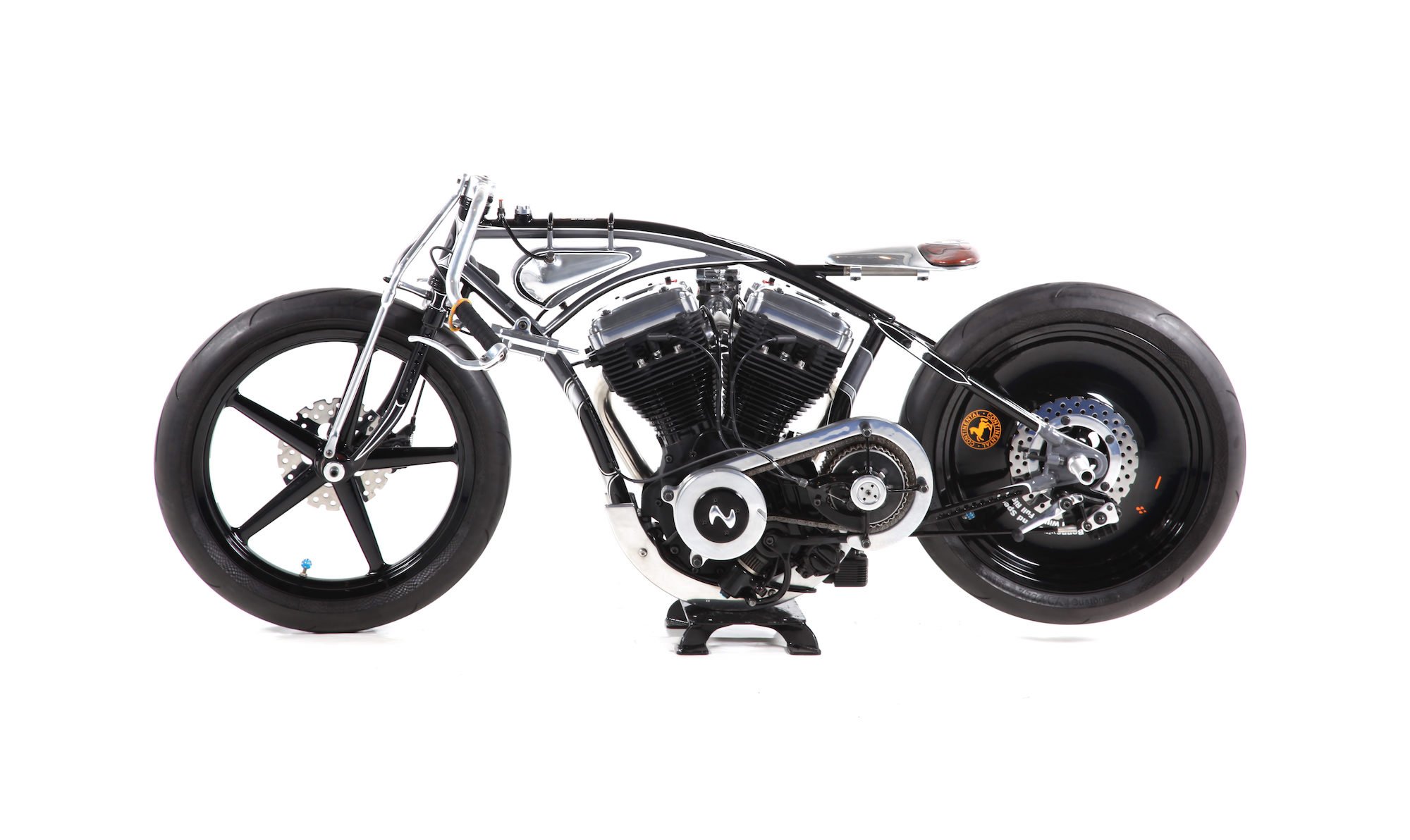