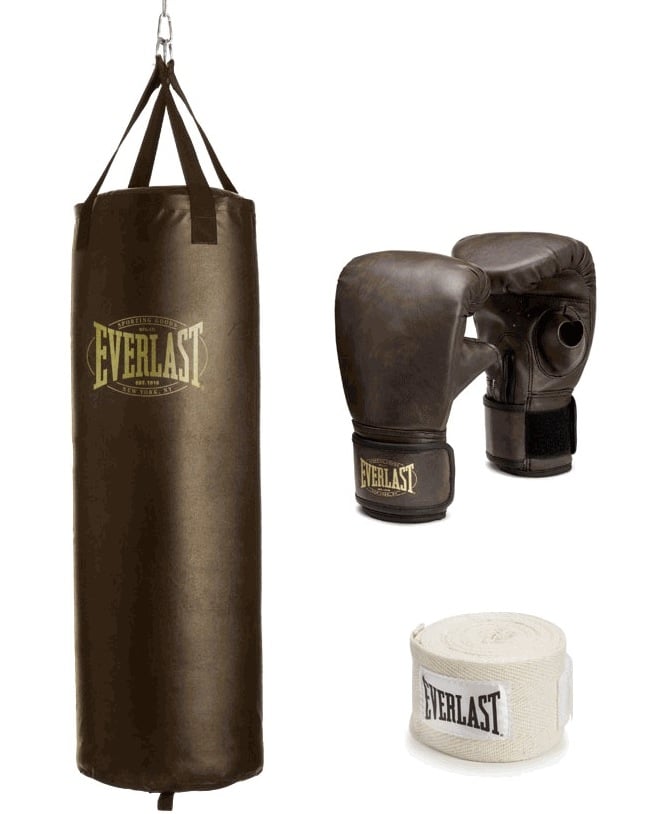 A boxing bag hanging in the basement, garage or yard is one of those things that I think all men should have. All men and some women actually. The workout you get from hitting a bag is highly effective and the calming effect that a it can have on you has the potential to save you thousands of dollars in therapist bills.

This kit from Everlast includes a heavy bag, a pair of gloves and a pair of handwraps – it costs just $99.99 USD and can be hung anywhere you can drill in a hook. 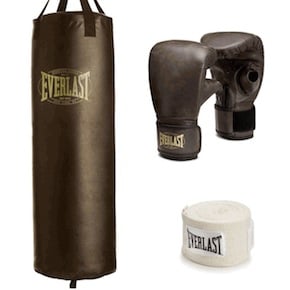