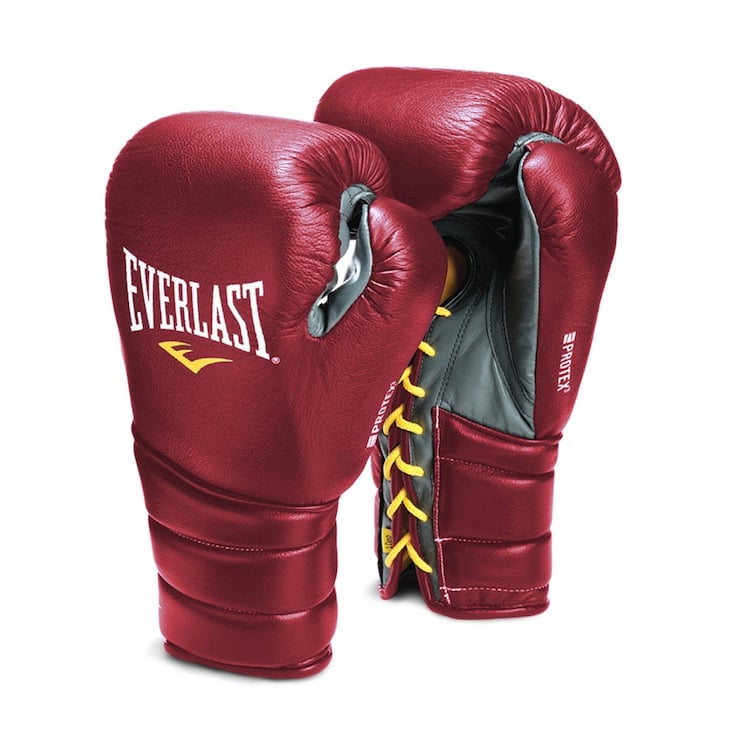 This pair of ring-ready professional boxing gloves by Everlast have that classic, timeless look that means they’ll fit in everywhere from a professional boxing gym to a basement with a heavy bag hanging from the ceiling beams. The Protex 3 comes in red, black and grey with a choice of either 8ox or 10oz glove weights, they’re made from 4 layers of C4 foam and have a tri-collar support panel for wrist protection.