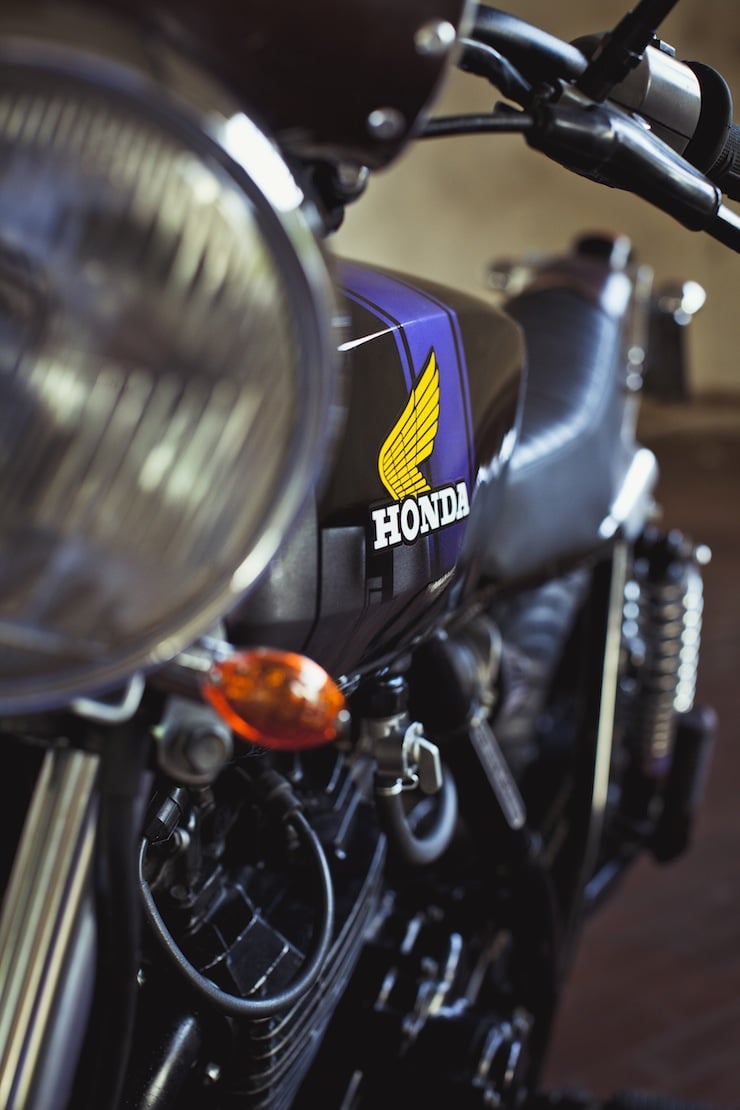 The Honda FT500 (also known as the Honda Ascot) was a motorcycle built in the early ’80s to fill a niche that Honda saw for a mid-sized motorcycle designed with flat-tracker styling cues (the FT in the name stands for flat track). Sadly, Honda had slightly over-estimated the demand for the model and sales were dismal. After being offered for sale for just 2 years, the bike was pulled from the market and the remaining showroom models were sold at half their retail value ($1,295 vs the MSRP of $2,195).

Sold between 1982 and 1984, the Honda FT500 was fitted with a 497cc single cylinder engine capable of producing 34hp at 6200rpm. It powered the rear wheel through a 5-speed transmission and also had preload adjustable rear springs – a unusual feature for the era.

When Italian custom motorcycle builder Lorenzo Buratti saw his first Honda FT500 he realised that there was another bike just under skin that had real potential, so he found one to buy and set about creating what he thinks is the perfect urban commuter. 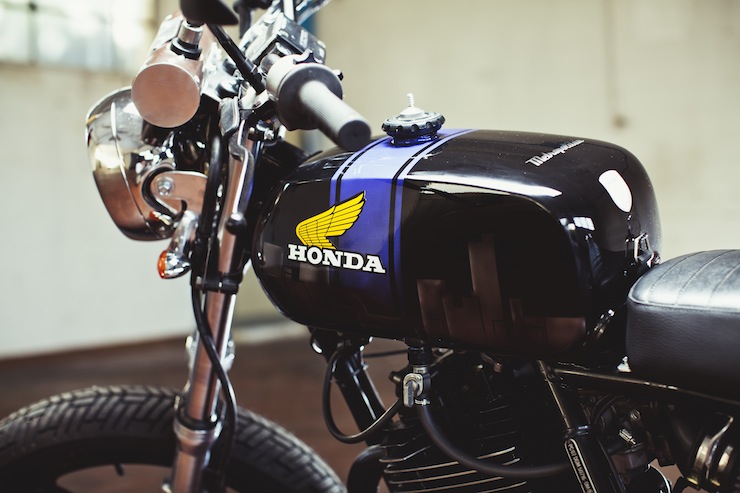 The stock Honda FT500 comes with a solid 500cc thumper and a solid frame, so Lorenzo kept them as they were and added a fuel tank from an old Aermacchi Harley-Davidson. He then bolted on the seat and pipes from an old scrambler project before fabricating a small dashboard out of 3mm leather – this leather dash holds all the usual wiring and also takes care of the ignition mechanism.

Lorenzo says that “not everyone can agree with it” when talking about his leather dash, I like it as an interesting design feature but I can understand that there’d be more than a few armchair-bike-builders who’d want to whine about it.

To complete the bike,  Hagon shocks were added as was a K&N air filter, a front light from an old Ducati Monster and a wide, enduro handlebar. The finished product is an ultra-lightweight urban commuter that had the ability to go adventuring down off-road trails should the desire take you.

If you’d like to see more from Lorenzo Buratti, you can visit his website here, or see the last feature we did on one of his two-wheeled creations here. 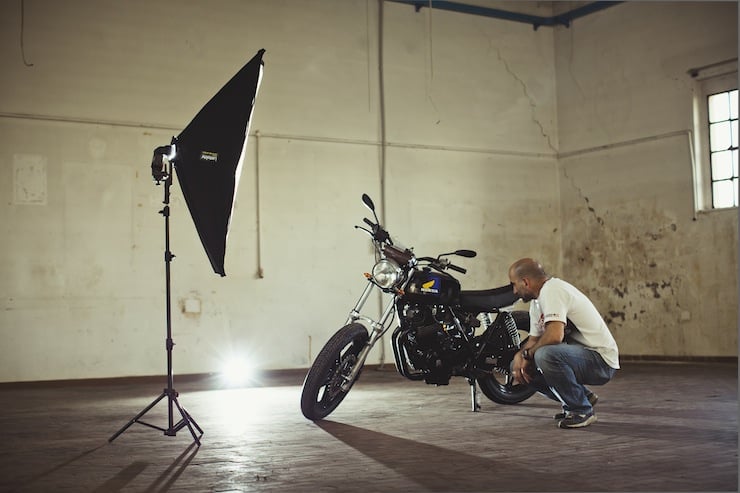 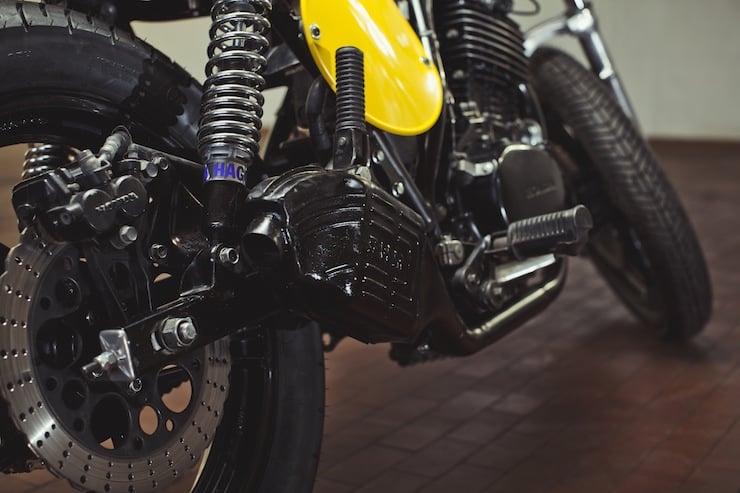 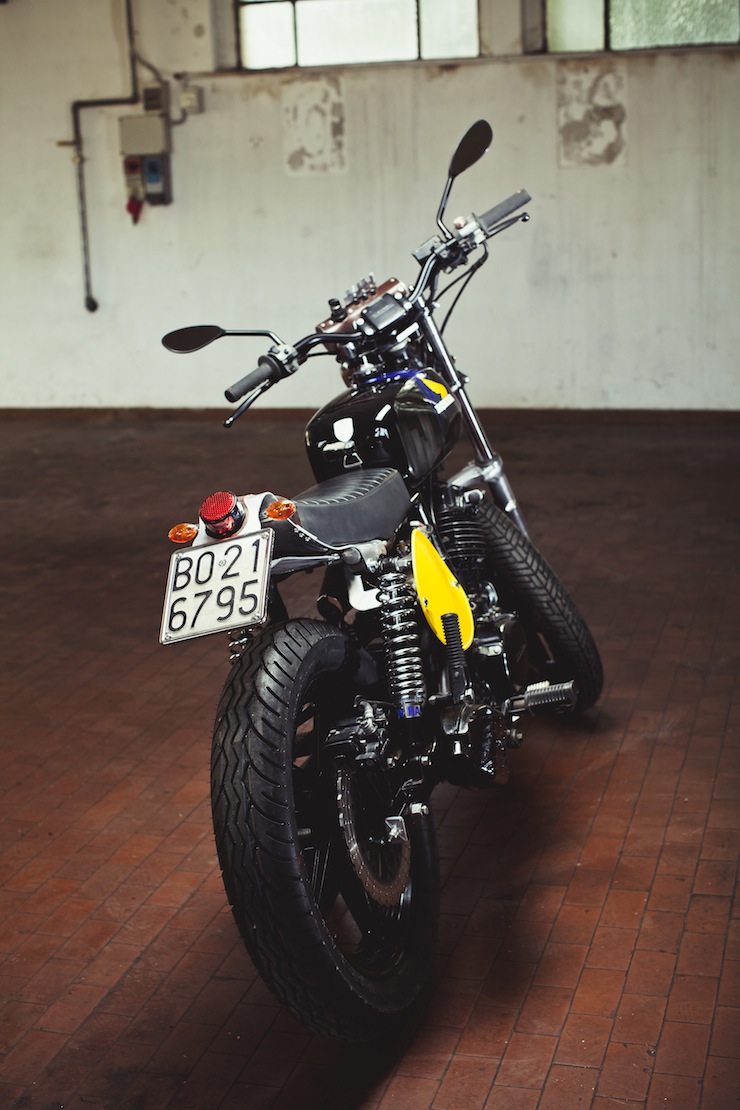 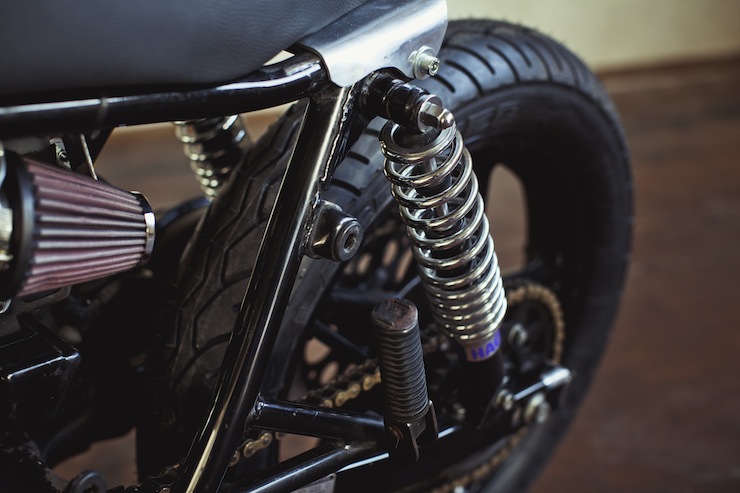 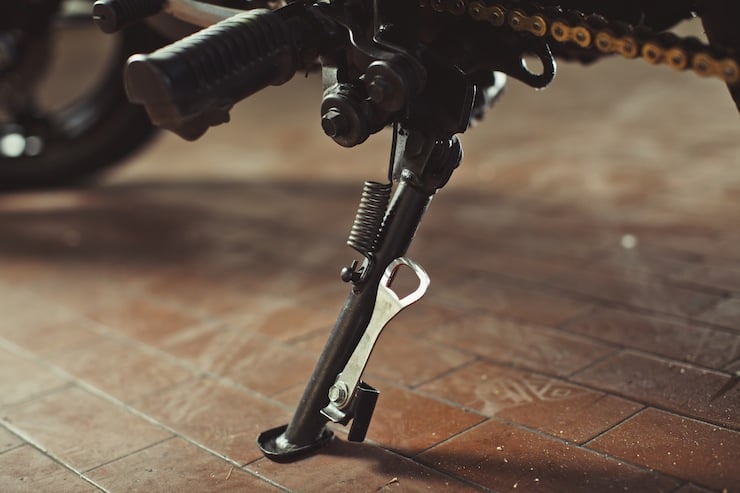 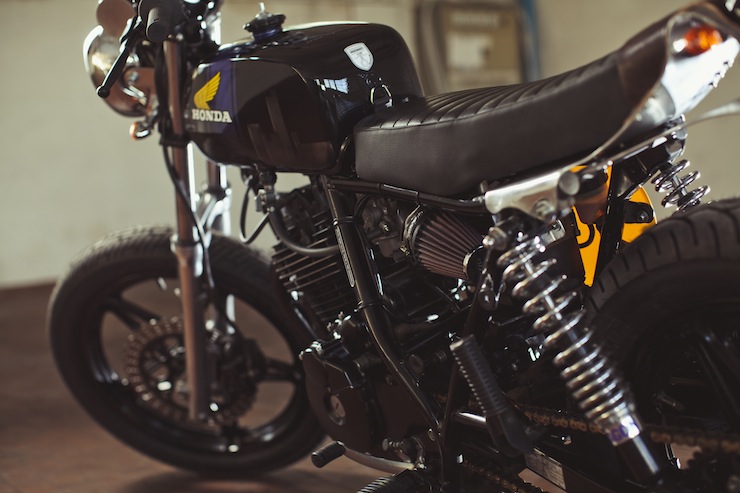 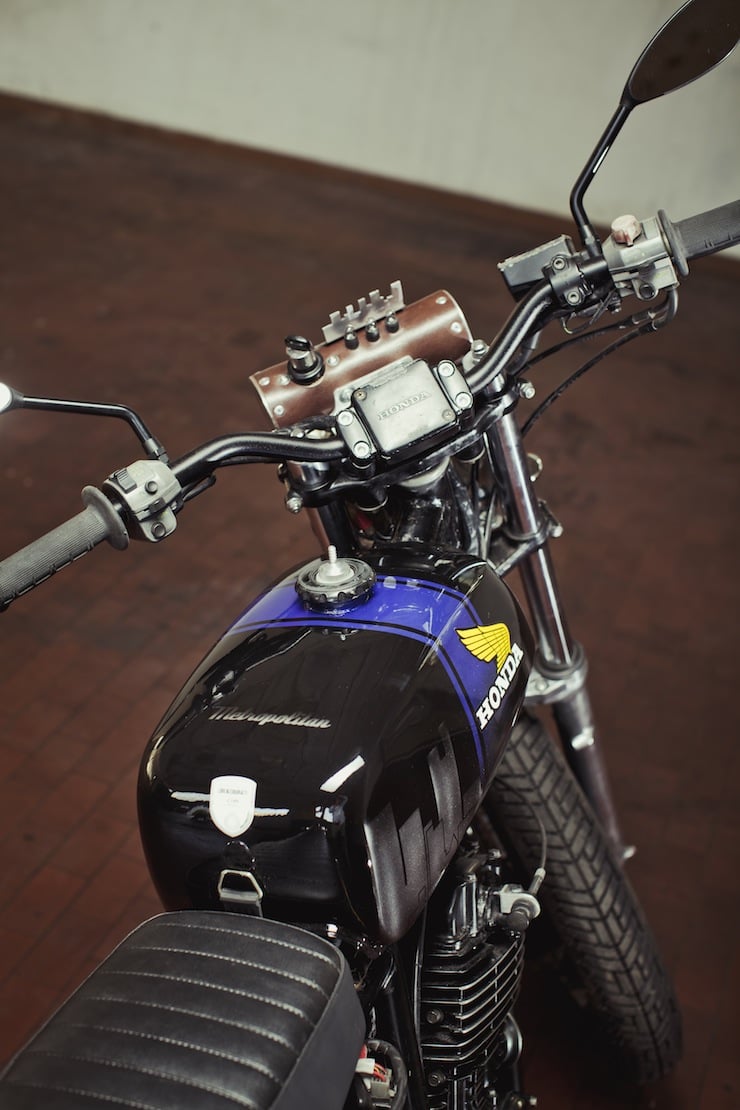 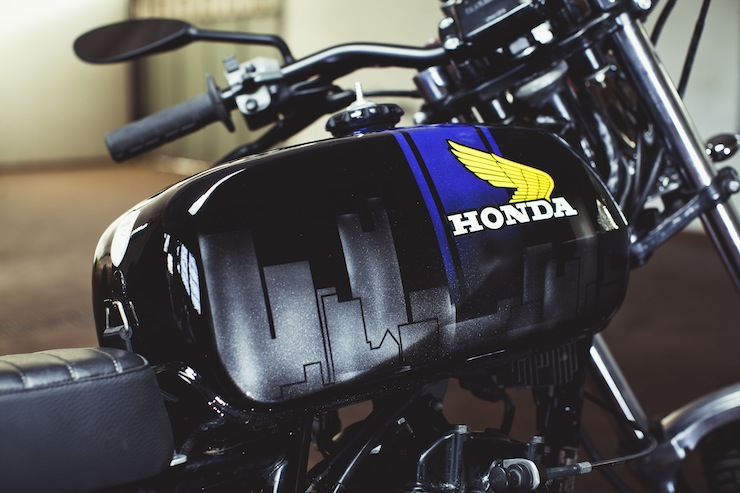 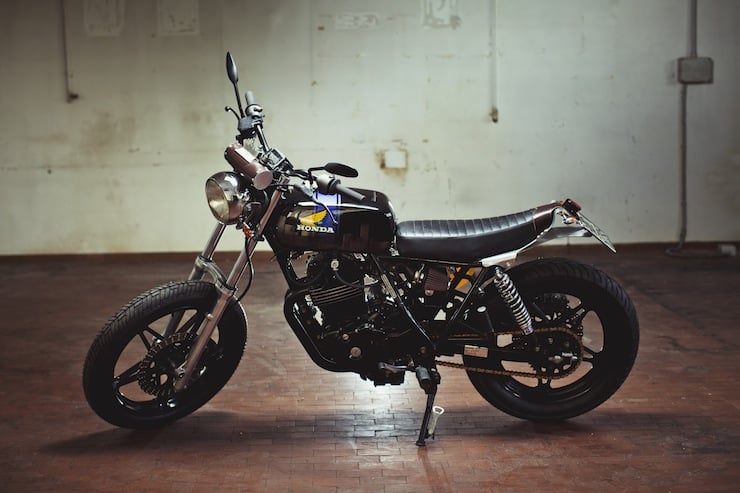 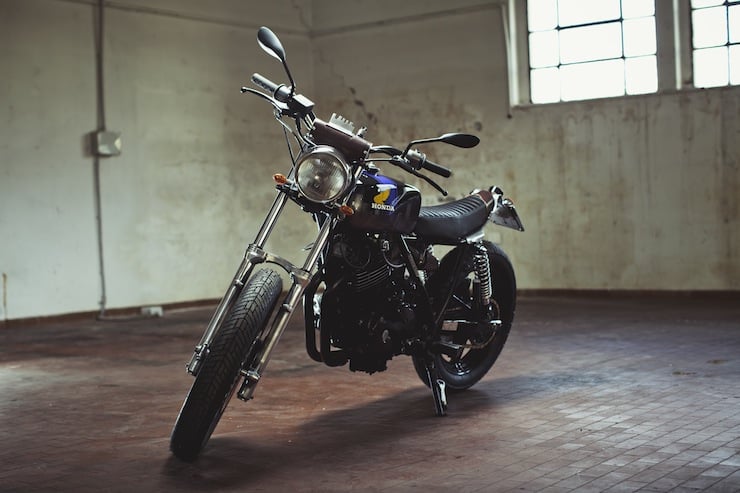 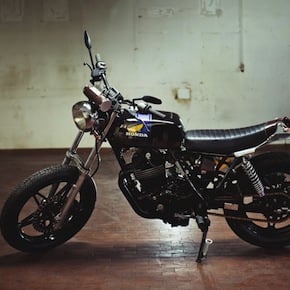