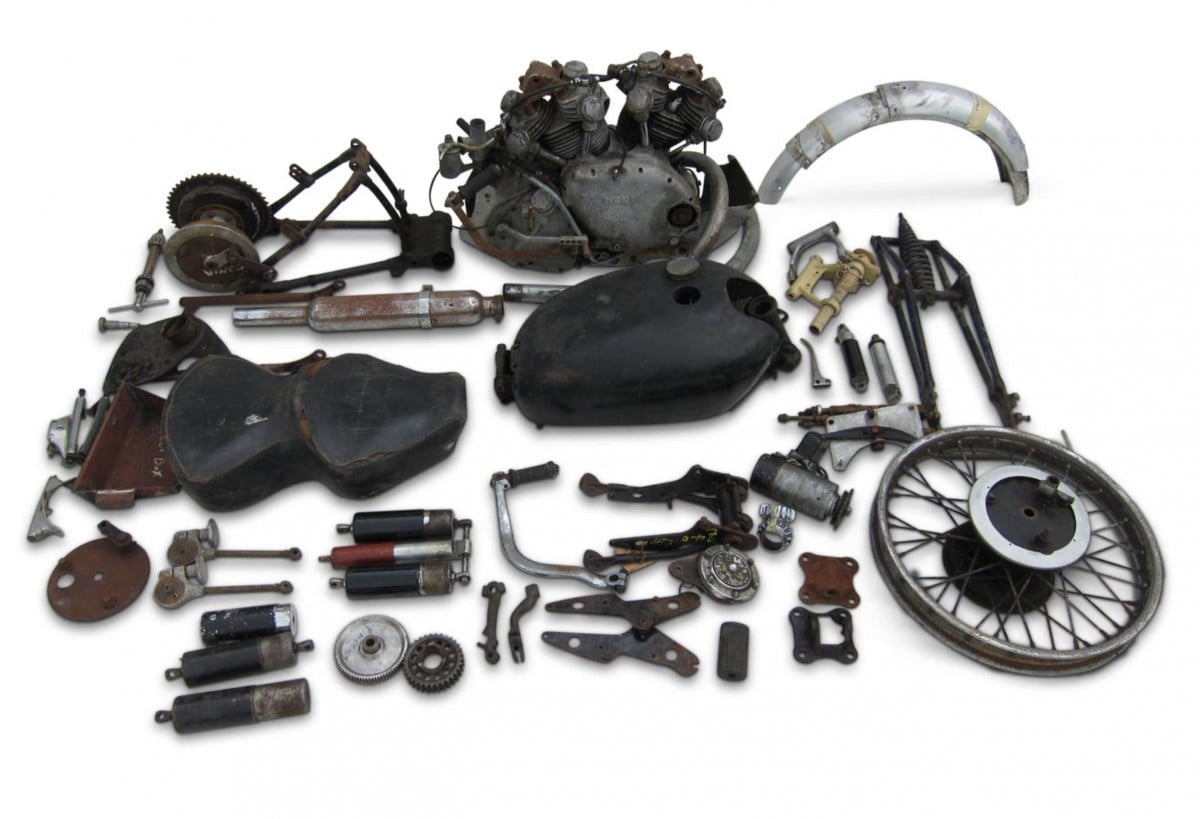 This 1947 Vincent Rapide is one of the most promising project motorcycles we’ve come across in recent memory, that said – you’d have to be a very brave (or talented) person to take it on. With Vincent motorcycles enjoying record prices at auction this could be a great opportunity to pick one up for the bargain basement price of £8,000 to £12,000, the only catch is that you’ll need to invest a few thousand more plus a few hundred hours into getting back into good shape.

If you’d like to take a closer look at this Vincent you can click here to visit Bonhams.