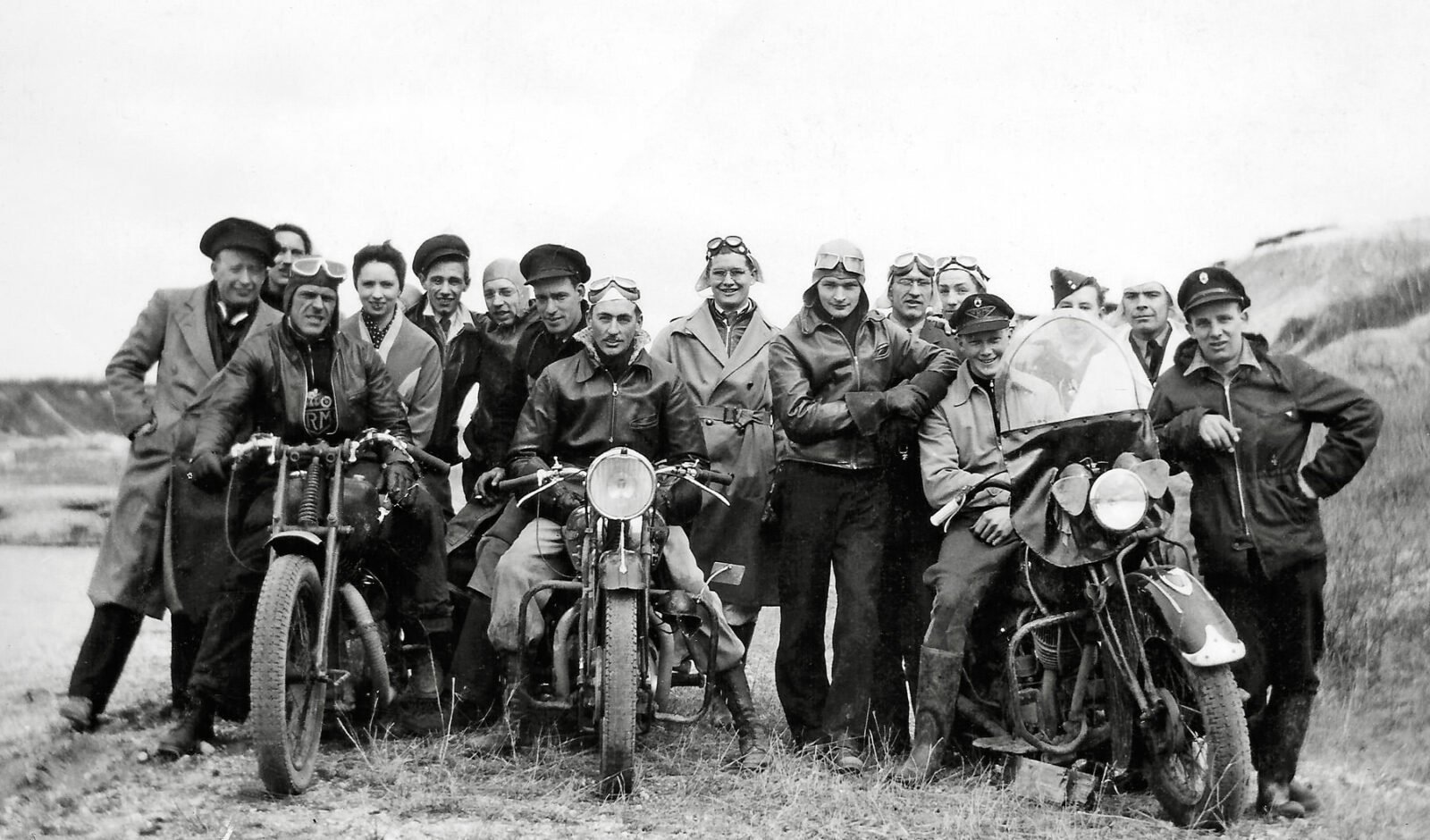 This fantastic photograph shows the Winnipeg Roughriders Motorcycle Club at a hill climb near Miami (Manitoba, Canada) in 1945.

Most (if not all) of these men would have fought during WWII, many returning veterans found solace in the company of like-minded former soldiers and relatively cheap ex-Army motorcycles were easy to come by. This resulted in the almost accidental creation of what we now know as the “motorcycle gang” – although the negative aspects didn’t really come about until a couple of decades after the war had ended and a new generation took to the roads. 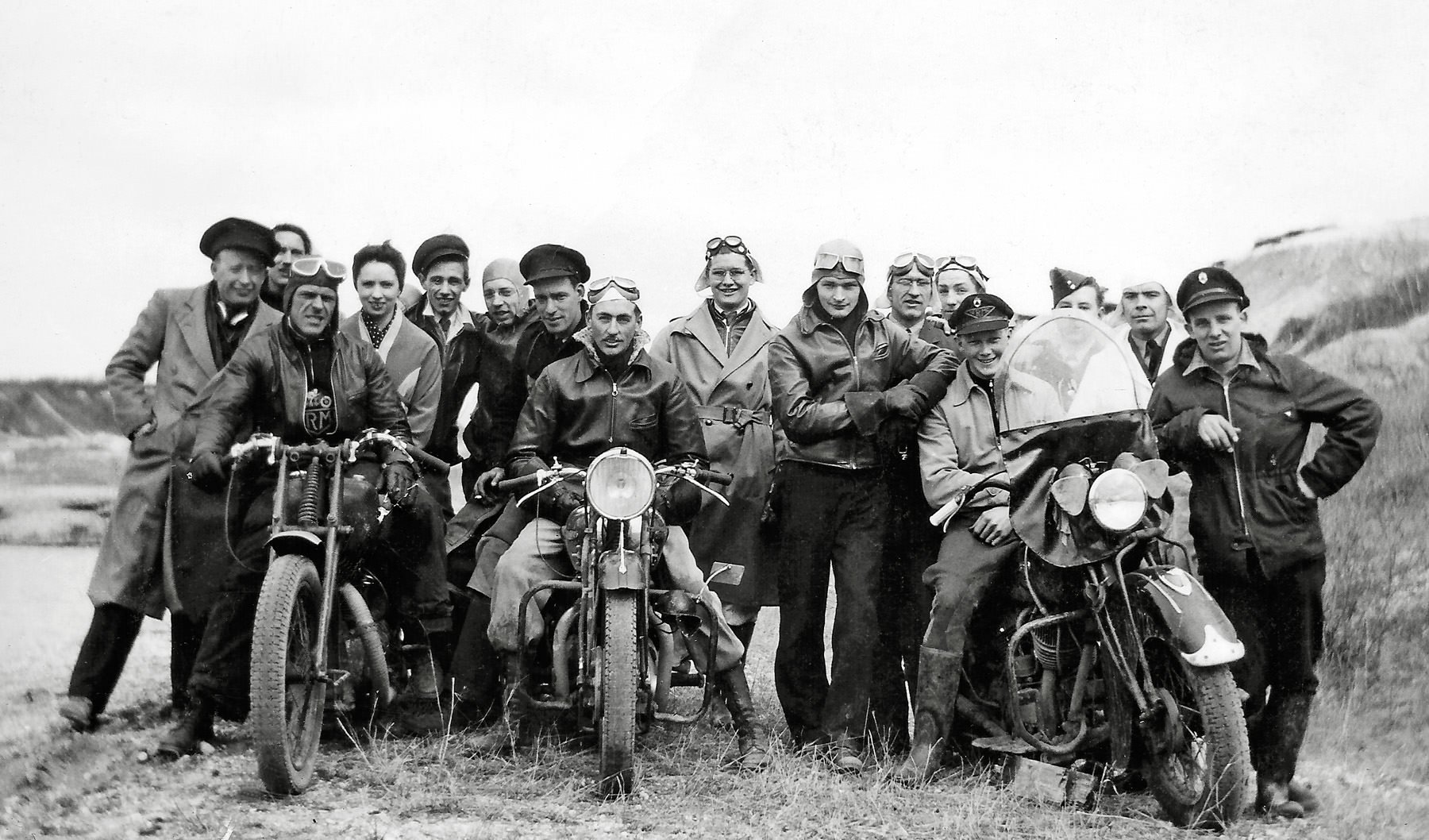