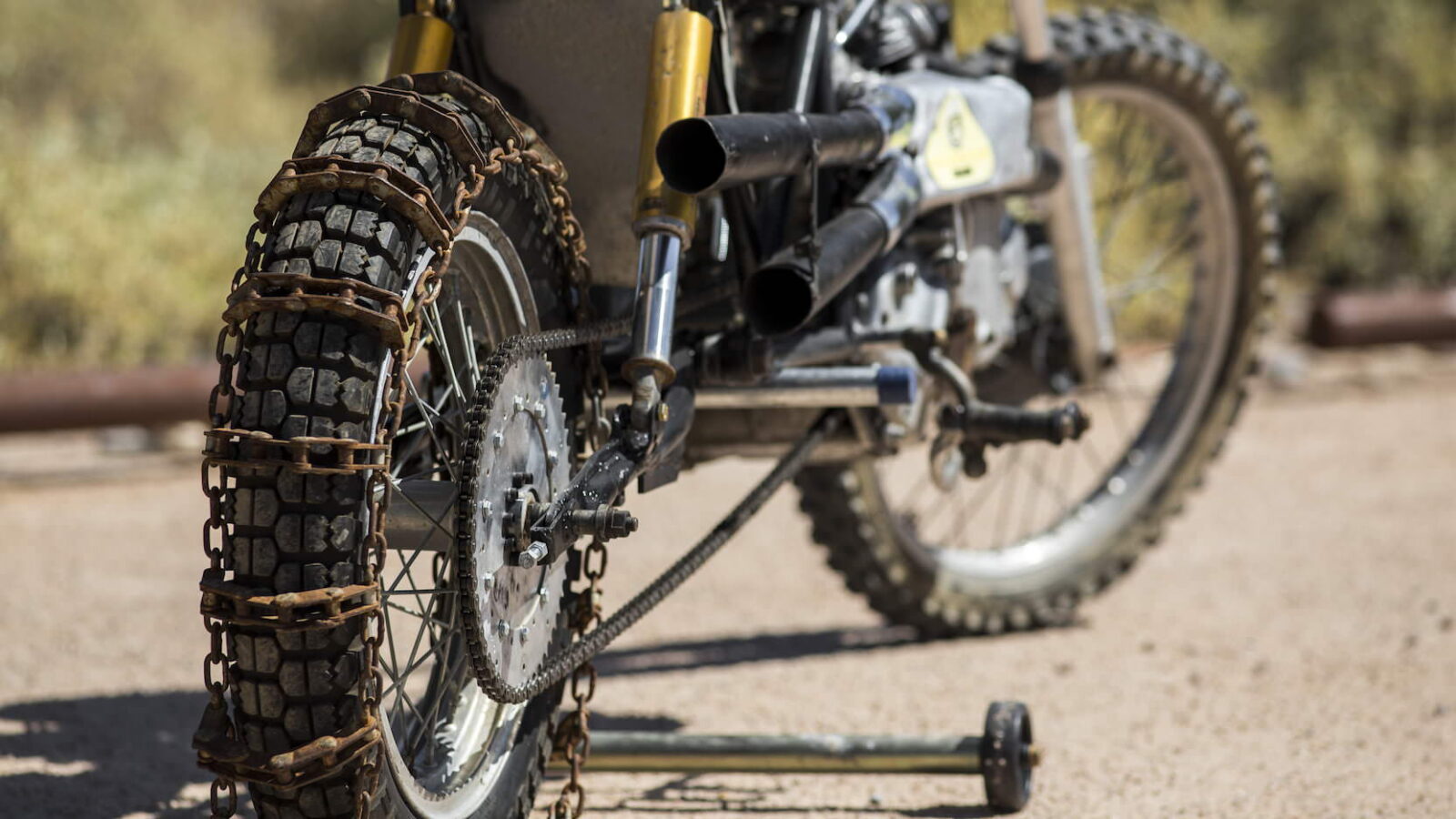 Between them, Glen Kyle and Beese Wendt won won 5 National Hillclimbing Championships aboard the heavily customised Vincent Rapide Series B Hillclimber you see pictured above and below.

The bike started out as a stock 1948 Vincent Rapide Series B, but it was acquired by Glen Kyle in the late 1950s and he began modifying it for Class A hillclimb racing. The original backbone Vincent frame was removed and replaced with a stronger triangulated upper section, an elongated rear frame, a new (much longer) swingarm with twin shock absorbers, and a traditional set of telescopic forks was installed up front in place of the original Vincent Girdraulic forks.

Kyle spent a lot of time learning how to run the Vincent V-twin on nitromethane, many had tried this and failed in the hillclimbing circuit, and a significant number of engines had been grenaded as a result. Glen Kyle was one of the first to work out how to reliably use nitromethane in top flight hillclimbing competition, and he was notoriously secretive about his methods – other racers would constantly try to get him to talk but he never divulged his secrets.

As with many hillclimbers, the Glen Kyle Vincent didn’t have a throttle like a normal motorcycle. It didn’t have full gearbox either, just a single top end gear and a mag cutout switch that the rider would hit when they got airborne to avoid over revving the engine.

In order to run in Class A competition the Vincent had to be debored and destroked from 1000cc to 750cc, there was also no need for a rear brake, and only a relatively small drum was fitted up front. Brakes aren’t a significant priority on any hillclimb bike, and they’re only typically used once the riders gets over the top.

Beese Wendt and Glen Kyle had become friends on the hillclimb circuit both in the USA and Canada, “Beese” was a nickname that his friends gave him after he bought a BSA – and it stuck. 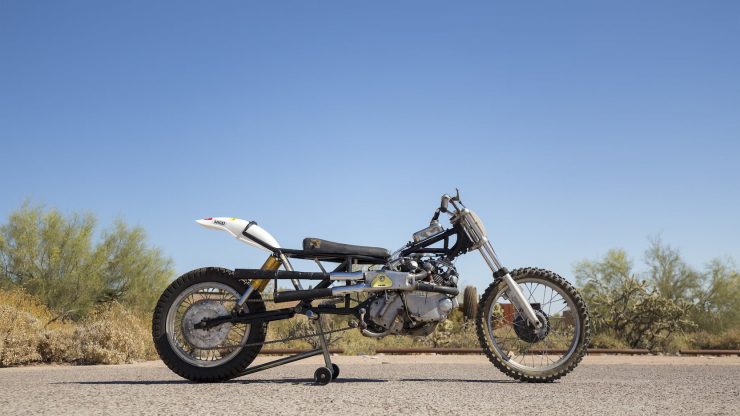 Beese was already a multi-time Class B and Class C winner, but to move up to the top class he knew he needed something quicker than his modified Indian Scout 101. He’d enquired with Glen Kyle about buying his bike more than once, and finally in 1967 he relented and offered to sell the bike for $1,700 and a partnership for the 1968 season.

The deal was that Glen would teach Beese how to ride and work on the Vincent in return for half the years winnings. There was no written agreement, just a handshake. Both men stuck to their word and Beese became an expert in riding and maintaining the Vincent, also managing to win the Canadian National Class A in his first year on the British bike.

He would win the same championship the next year, and take a slew of wins in the USA too. For much of the 1960s and into the ’70s the Kyle/Wendt Vincent was one of the most famous and most successful bikes in active hillclimb competition.

Amazingly it’s been preserved in exactly the same condition it was in when it last raced, making it an incredibly important piece of motorcycling history. It’s due to be auctioned by Mecum at the Las Vegas Motorcycle Auction, it comes with full documented history with photos and record books, as well as its original National Championship trophies. 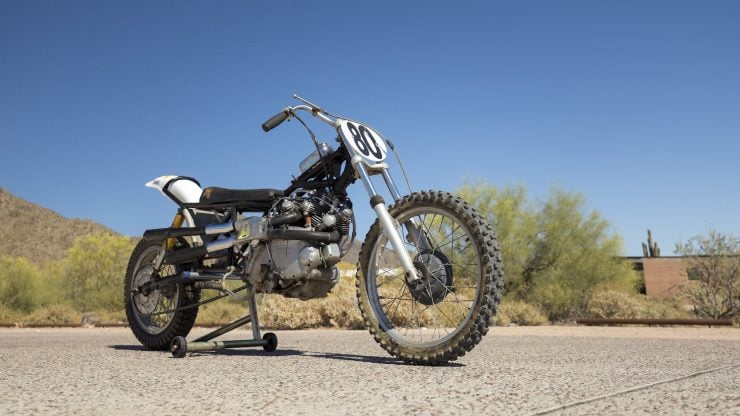 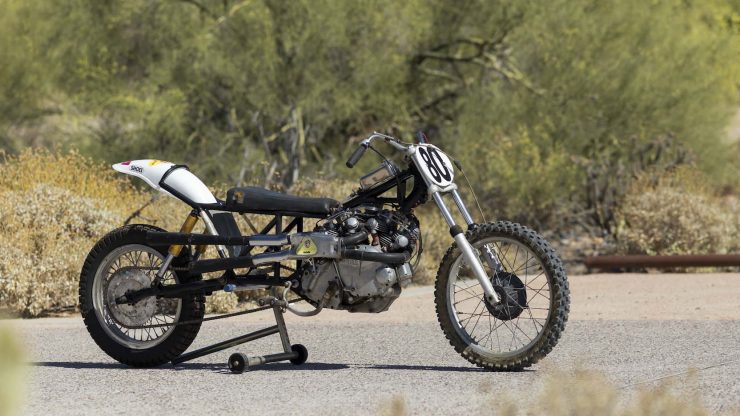 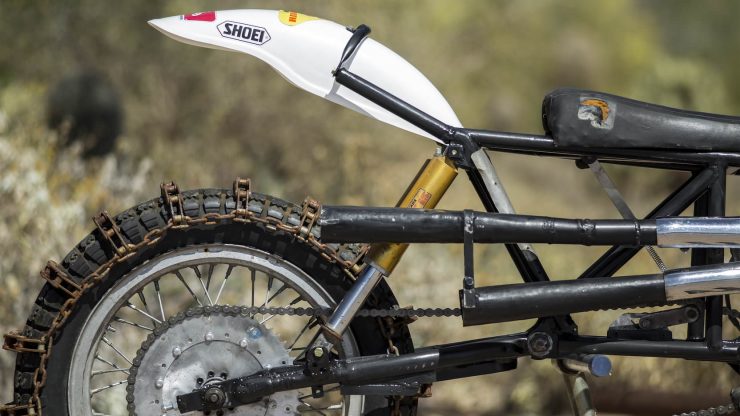 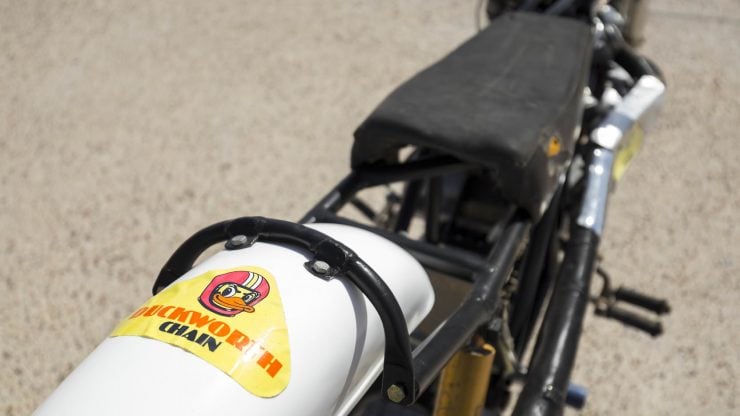 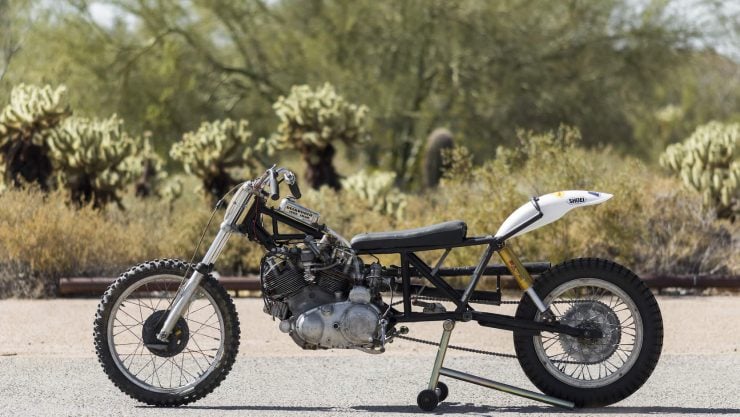 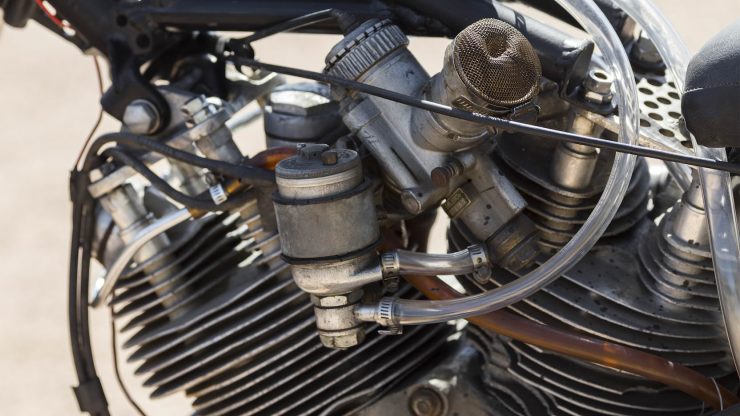 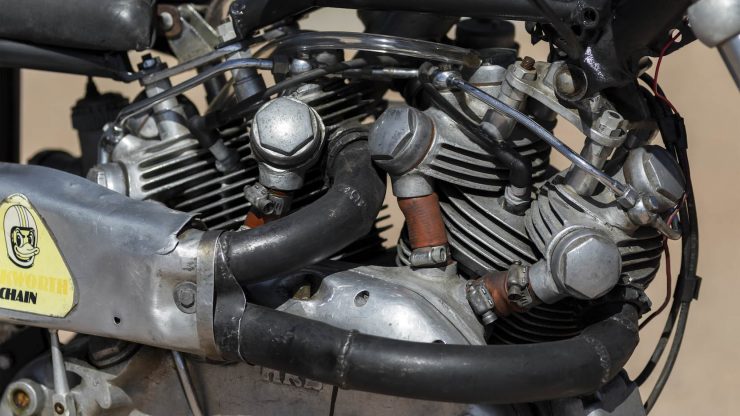 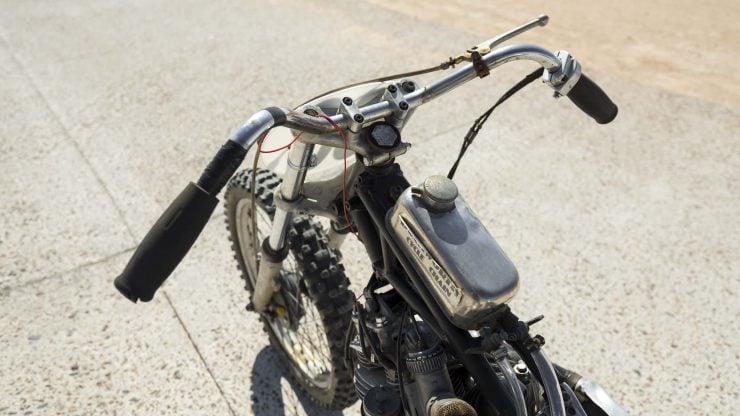 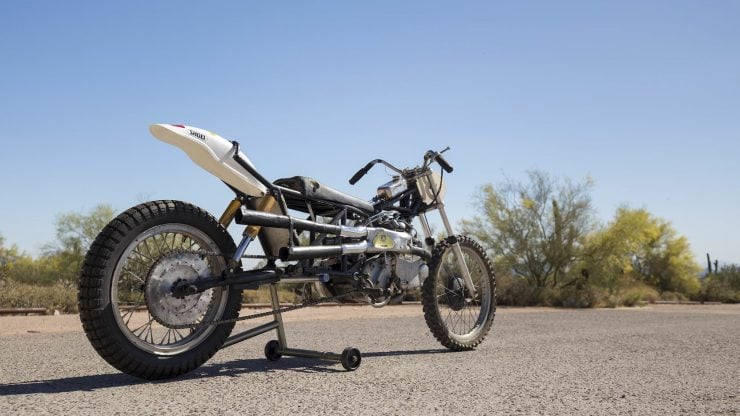 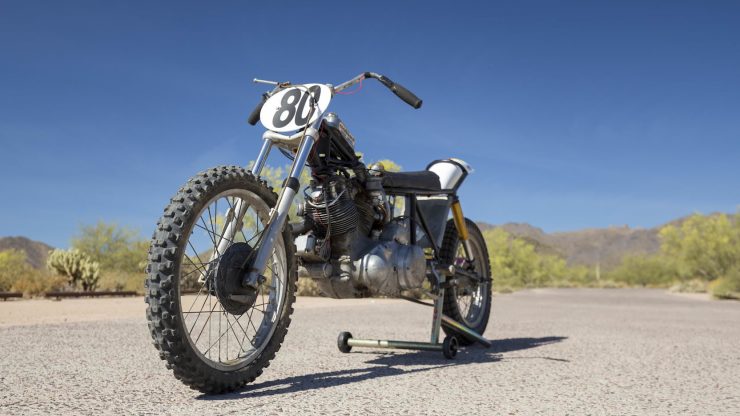 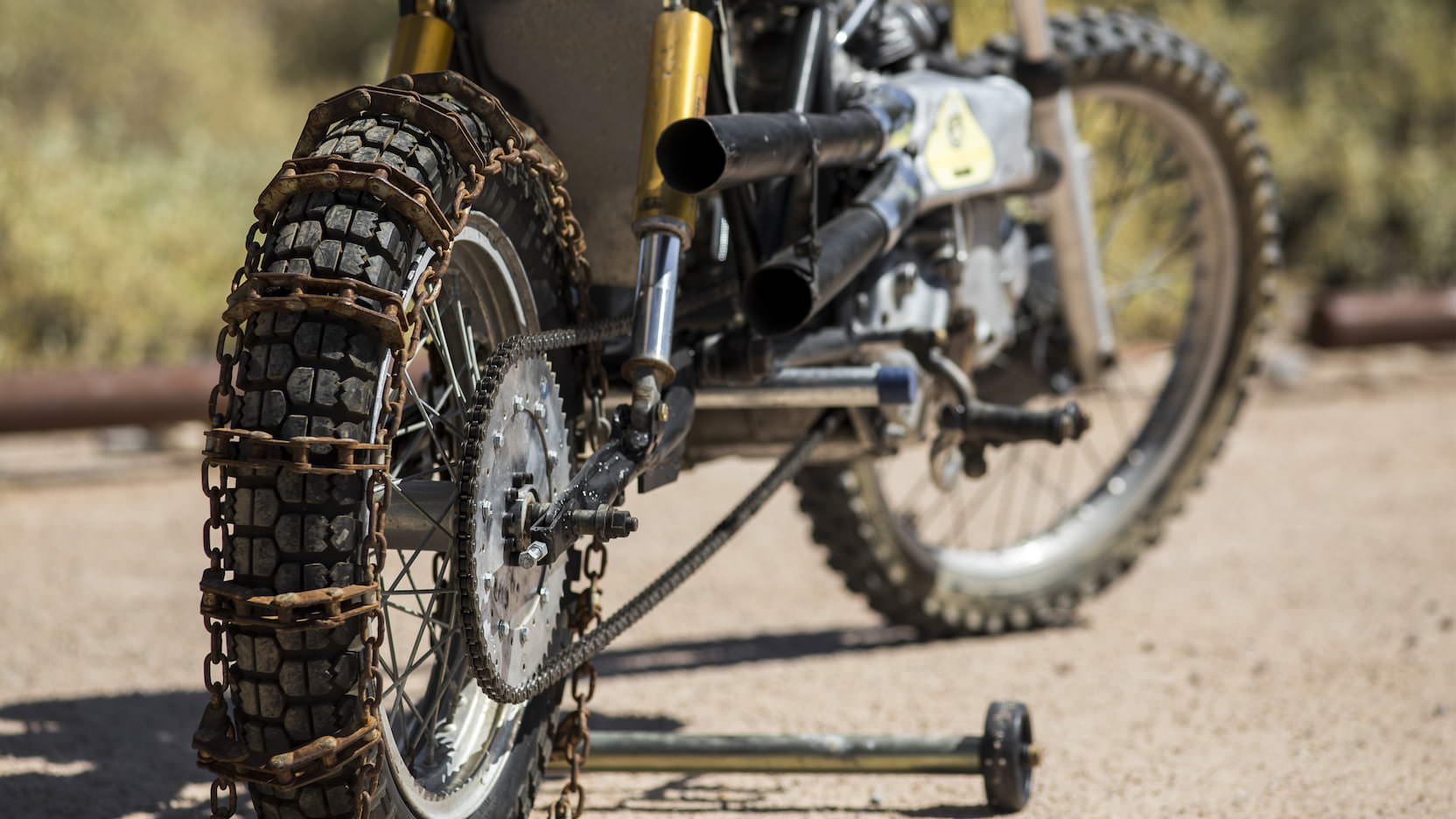