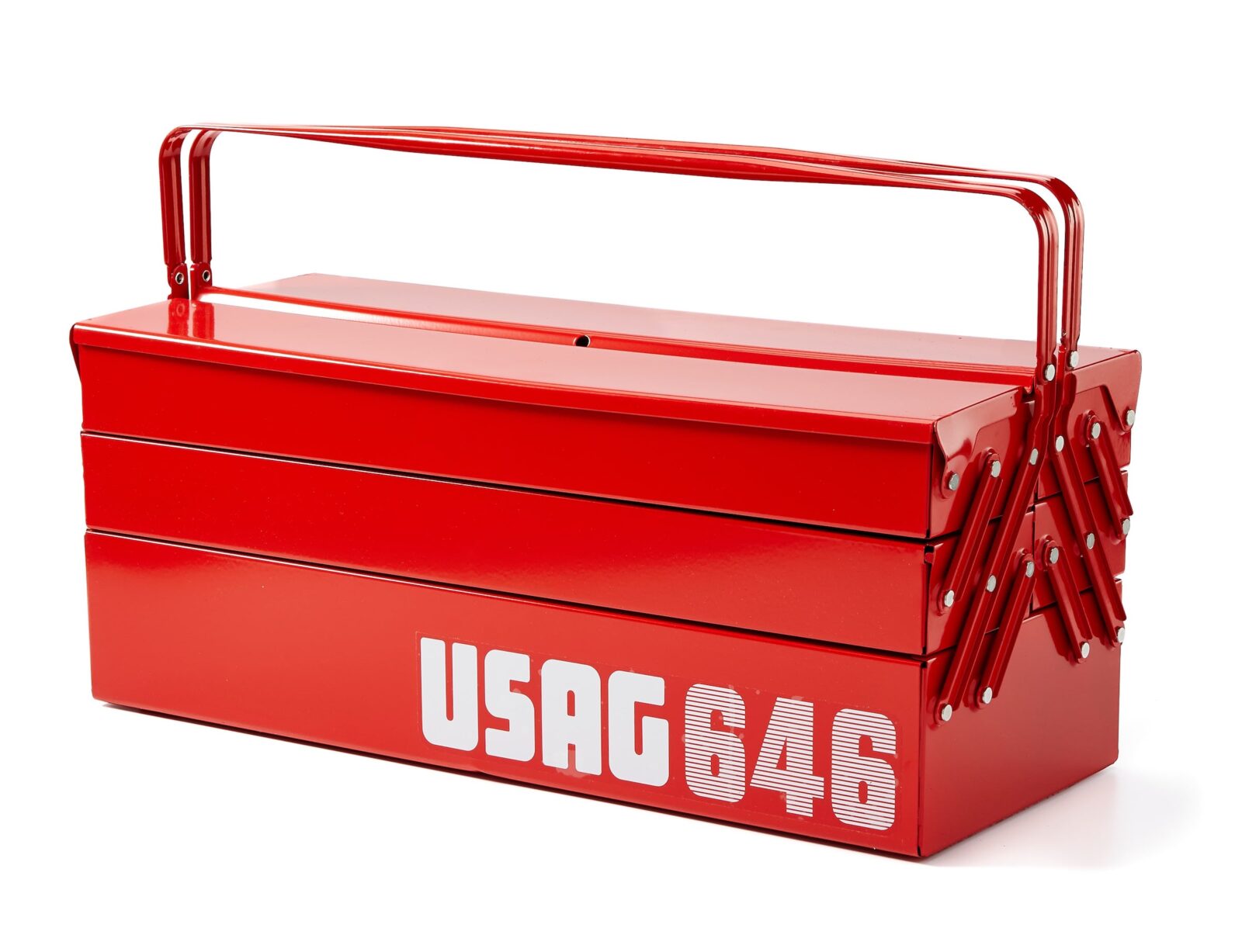 We may not all be able to afford to park a piece of bright red Italian metal in our driveway, but thanks to USAG we can all afford to park our tools in an Italian toolbox in the garage.

USAG was founded in 1926 by Hermann Amos, he built the first factory in Gemonio, Italy under the name Utensileria Società Anonima Gemonio which was later shortened to “USAG” for the sake of simplicity.

In the decades since the company was founded, USAG has made a name for itself as a manufacturer of long-lasting tools and equipment built to a traditional standard – a far higher level than many modern tools which are oftentimes almost disposable.

The USAG 646 Workman’s Toolbox is of a cantilever design made using high-quality sheet steel finished using an anaphoretic process.

There are two trays on either side with a main bottom tray, the toolbox can be opened one side at a time or both sides concurrently, and when closed you can lock it with a padlock to keep prying hands from lifting your precious 10mm socket.

The toolbox has twin folding handles with a circular cross-section designed to be easy on the hands even when the box is loaded with a couple of dozen pounds worth of tools. The 646 Toolbox measures in at 495 x 210 x 325mm and it weighs 5.6 kilograms when empty. 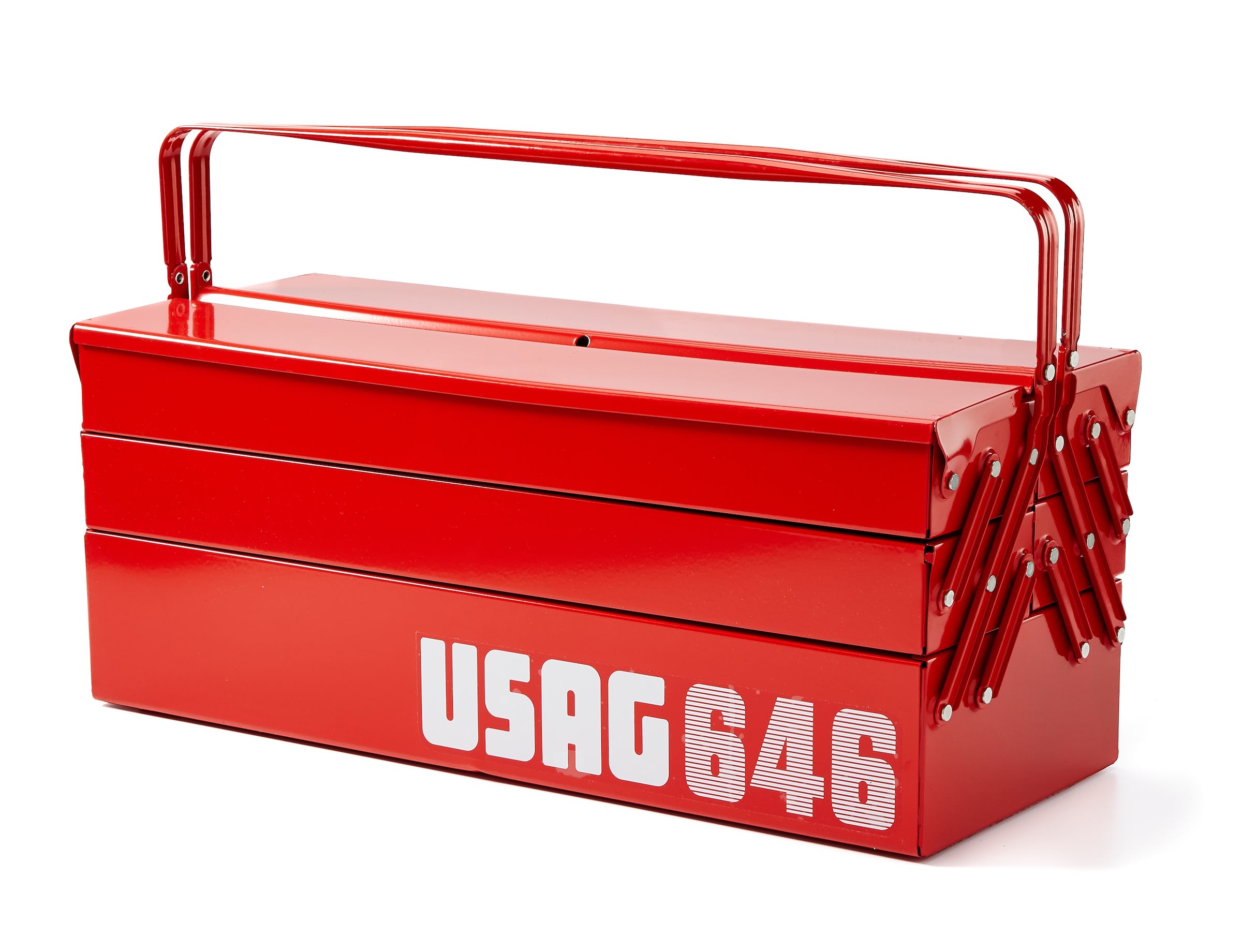