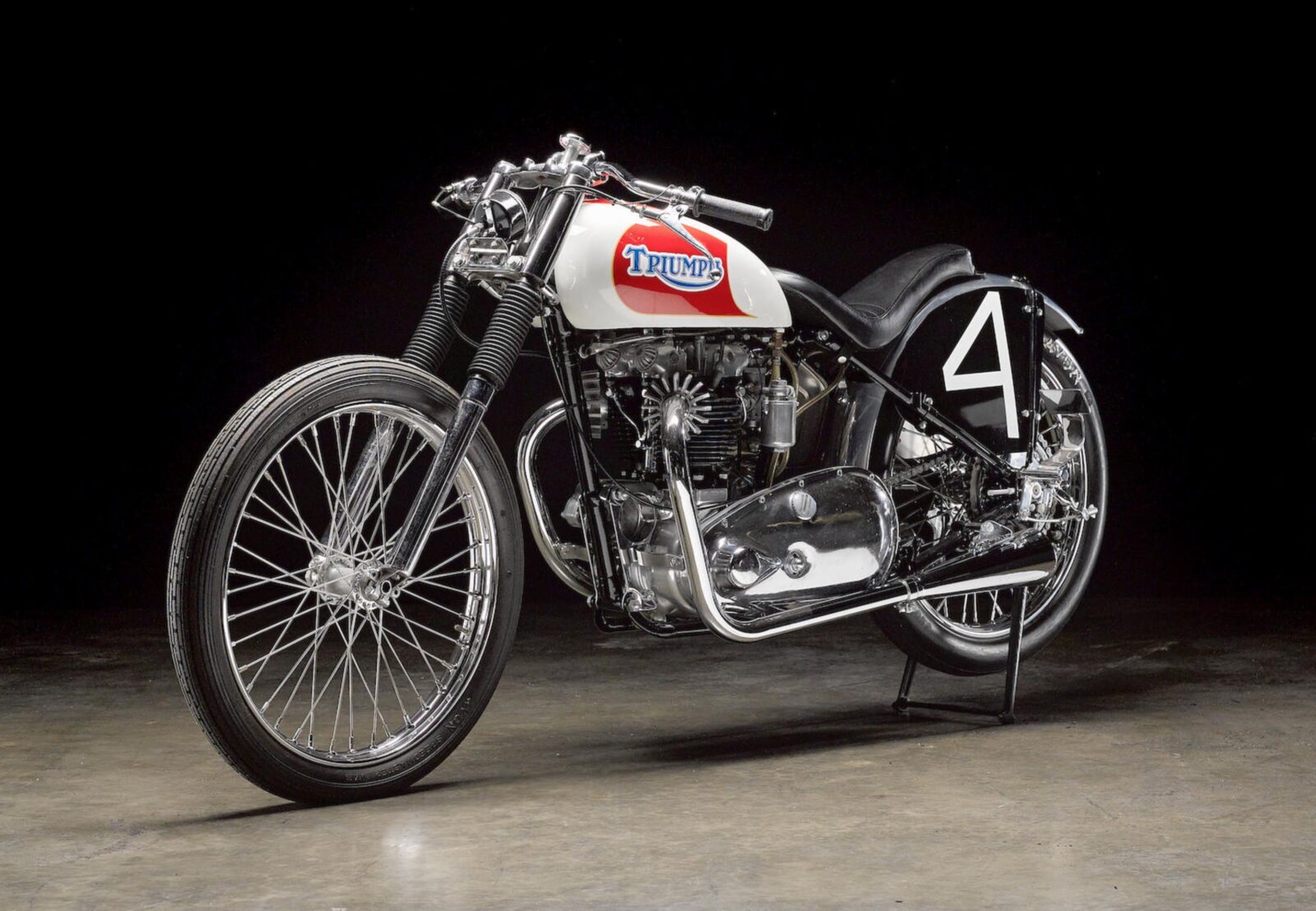 A Brief History of the Triumph 6T Thunderbird

The Triumph 6T Thunderbird was a British-built motorcycle specifically intended for the Americans, who had been asking for more power both for racing, and for sidecar applications. The Brits were the muscle bike kings in the 1940s and 1950s, and the 6T Thunderbird was built to keep that crown firmly in British hands.

Rather than build a new engine from scratch, the engineers at Triumph took the already highly regarded Triumph Speed Twin 500cc engine that had been designed by Edward Turner in 1937 and enlarged the bore. Now with a swept capacity of 650cc and well-understood internals Triumph trusted the bike enough to launch it publicly at the Autodrome de Linas-Montlhéry in France.

This autodrome had a regular race track that included a 1.58 mile banked oval that proved popular with speed and endurance testers. Triumph chose the oval for a series of speed and endurance feats for their new Thunderbird to generate publicity for the launch. 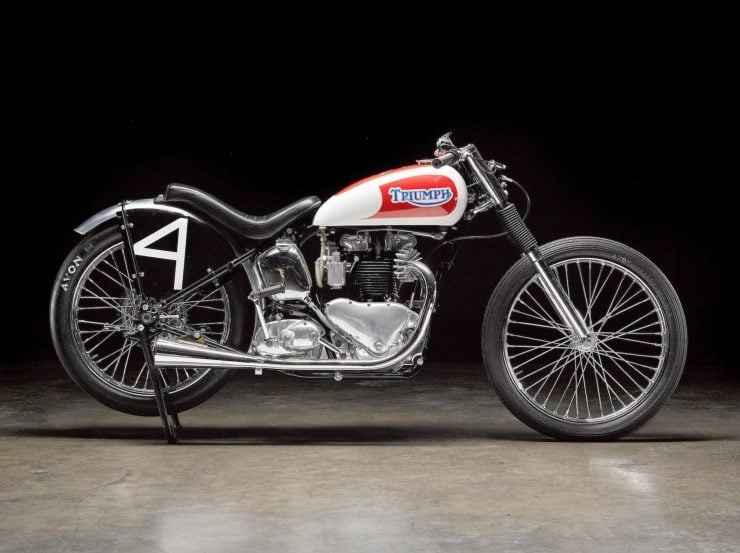 A team of factory riders rode three identical Thunderbirds, averaging a speed of 92 mph over a distance of 500 miles (over 316 laps). After this they each managed a single flying lap of over 100 mph, before riding the bikes back to the Triumph factory in England.

Just over 3 years later in 1953 Marlon Brando’s Hollywood film The Wild One was released – in which the Brando rode a 1950 6T Thunderbird. At the time Triumph’s American importers saw this as a disaster, failing to see the potential of the free publicity, and they sent a sternly worded letter to the film’s producers. Fortunately the letter fell on deaf ears.

Over the course of its 1949 to 1966 production run the 6T Thunderbird would see many small updates, but significantly the model moved from pre-unit to unit construction in 1963. The fame and good-will that the 6T Thunderbird acquired for Triumph saw the model name used twice more in the company’s history, though these new motorcycles shared nothing with the original bike other than the nameplate.

Of all the 6T Thunderbirds that were modified for land speed racing and taken to the legendary salt flats in Bonneville, this bike is one of the most famous. Its rider was just 13 years old when he set a 122 mph pass on it in 1953, running on 3×20-inch Avon ‘File Tread’ rear tires, supplied by family friend Rollie Free.

The rider was Robinson ‘Bobby’ Sirkegian, a staggeringly talented multi-discipline motorcycle racer who at 13 become the first AMA/NHRA Grand National Champion. His father ran the Los Angeles dealership, Sirkegian Triumph, and together the father and son team built some of the quickest drag bikes in the state. 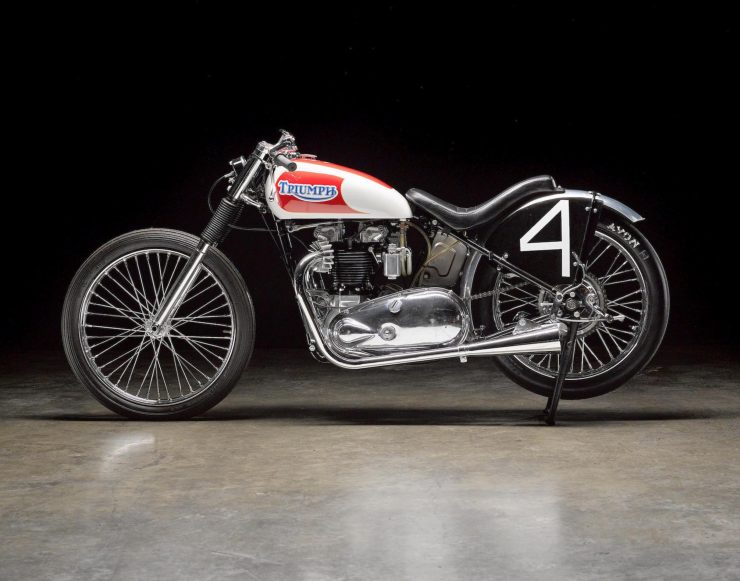 Before heading off to Bonneville, a 6t Thunderbird was rebuilt with new pistons and cylinders bored 0.040-over, a big-bearing crankshaft, special-grind Iskenderian camshafts and lifters, lightened, narrowed timing gears, and a flow-benched cylinder head with enlarged intake and exhaust valves.

New S&W valve springs were fitted, along with a special manifold setup for the twin Amal carburetors with GP-type float bowls. Up top they swapped out the original tank for a smaller, lighter 3-gallon unit from Triumph’s 3T model, and a brakeless spool hub was fitted up front.

Although Sirkegian didn’t set any new records, he was given a special award for the being the youngest rider ever on the Bonneville Salt Flats.

Approximately 6 years ago, Bobby Sirkegian dusted off his old 6T from Bonneville and began a comprehensive restoration – and after many man-hours he got it back into the condition it was in when it rolled out onto the salt for the first time in 1953.

The bike is still accompanied by the brass SCTA timing tag from his run at Bonneville in 1953, and its due to roll across the auction block on the 25th of January in Las Vegas with Bonhams.

If you’d like to read more about this bike or register to bid you can click here to view the listing. 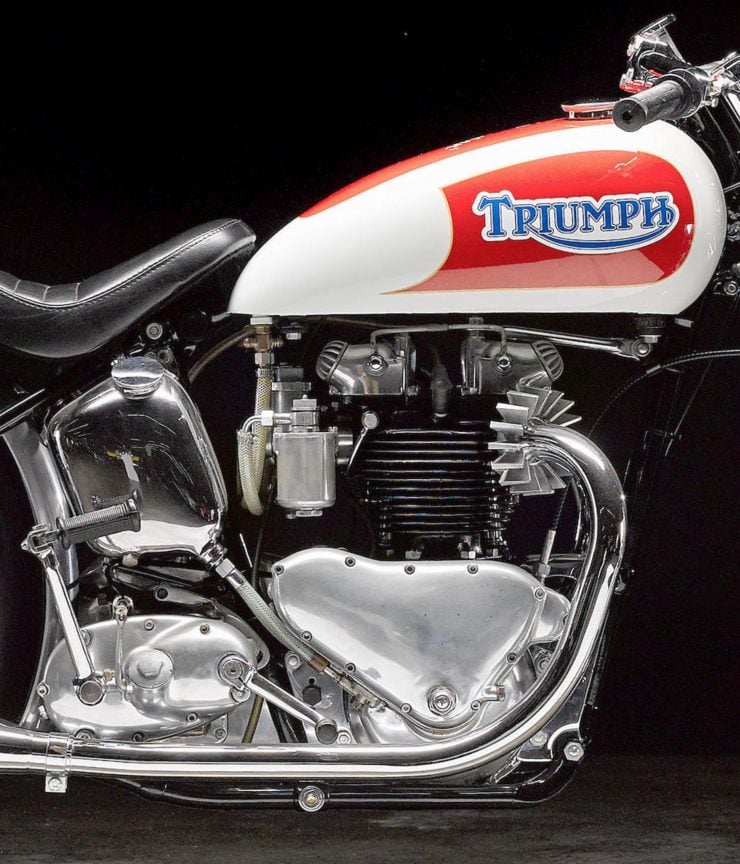 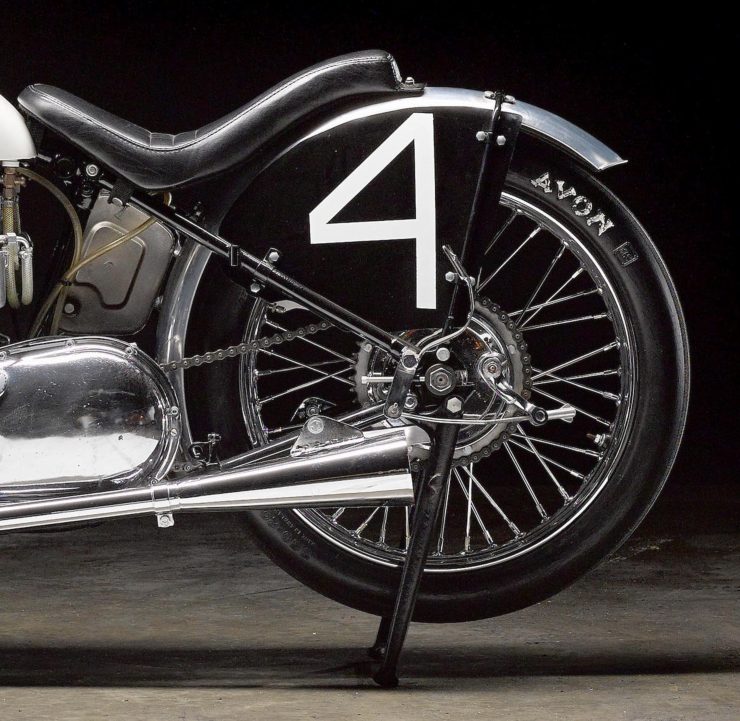 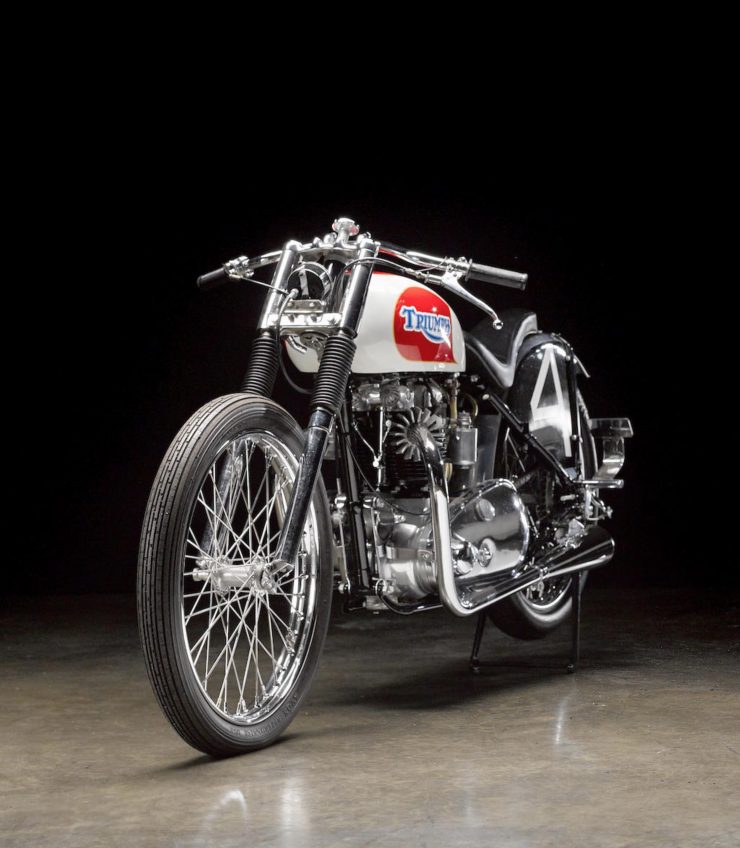 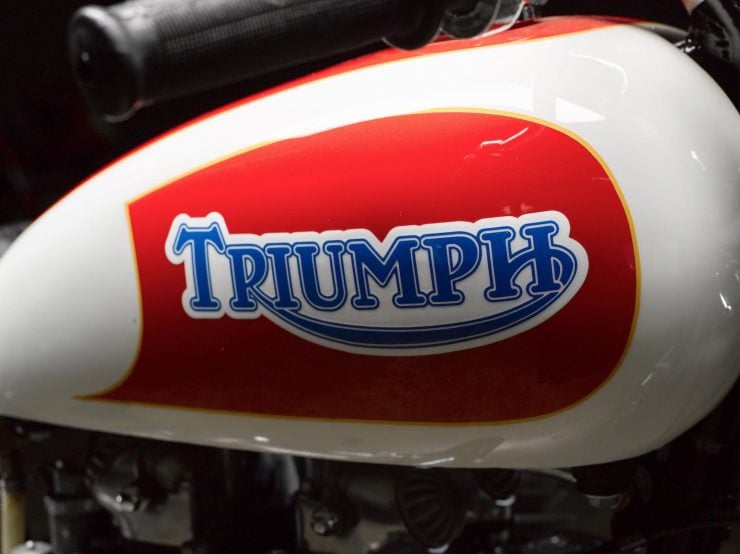 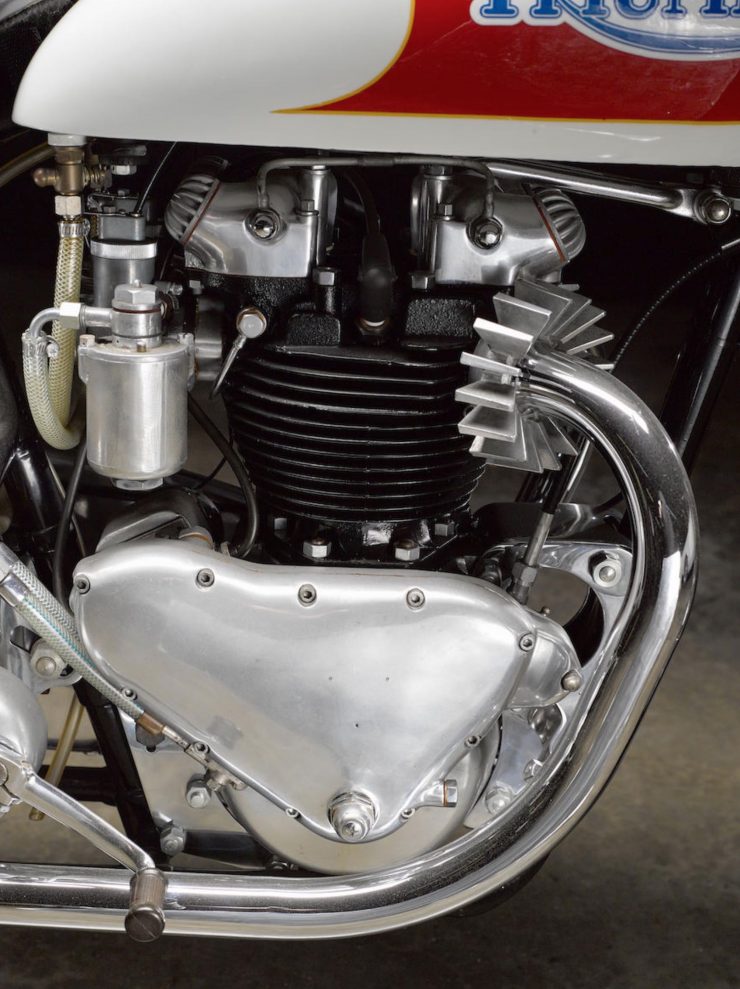 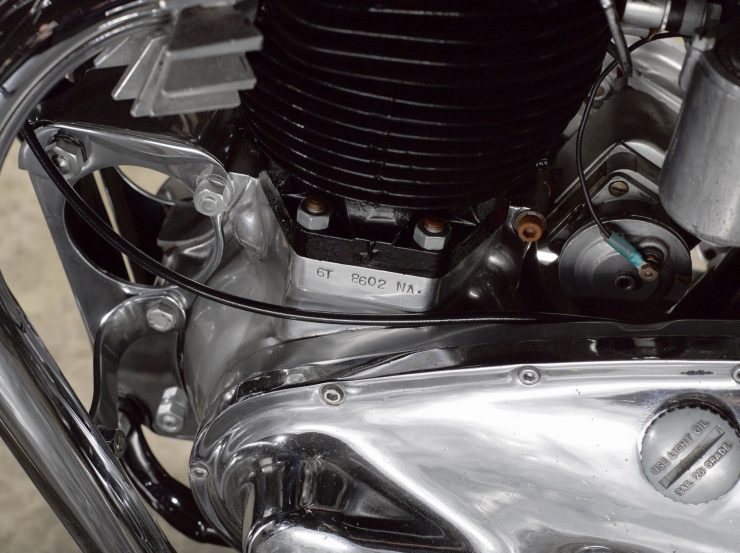 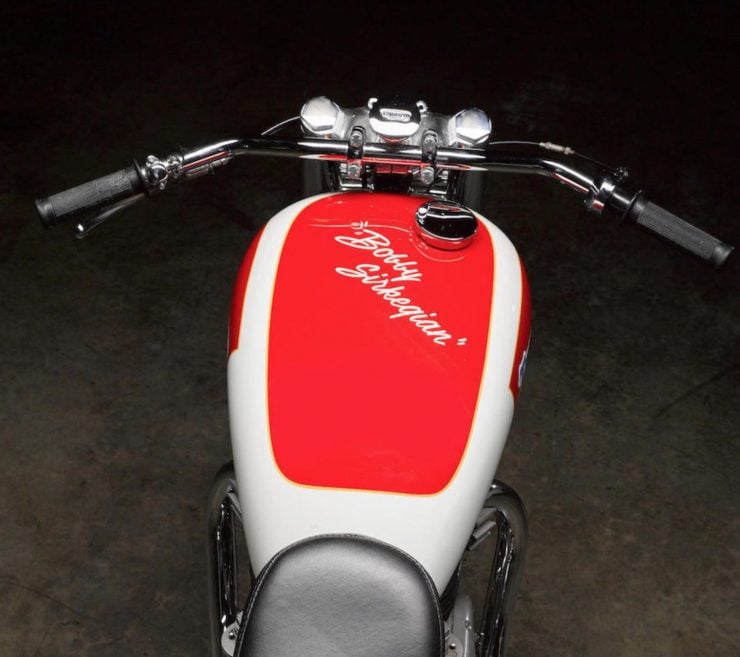 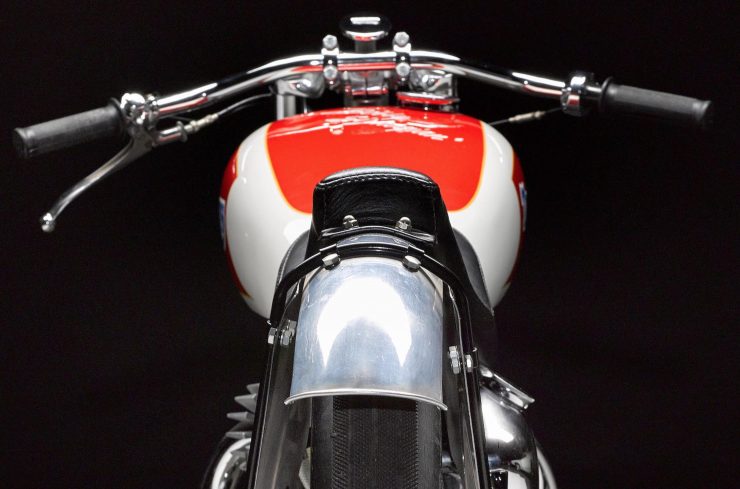 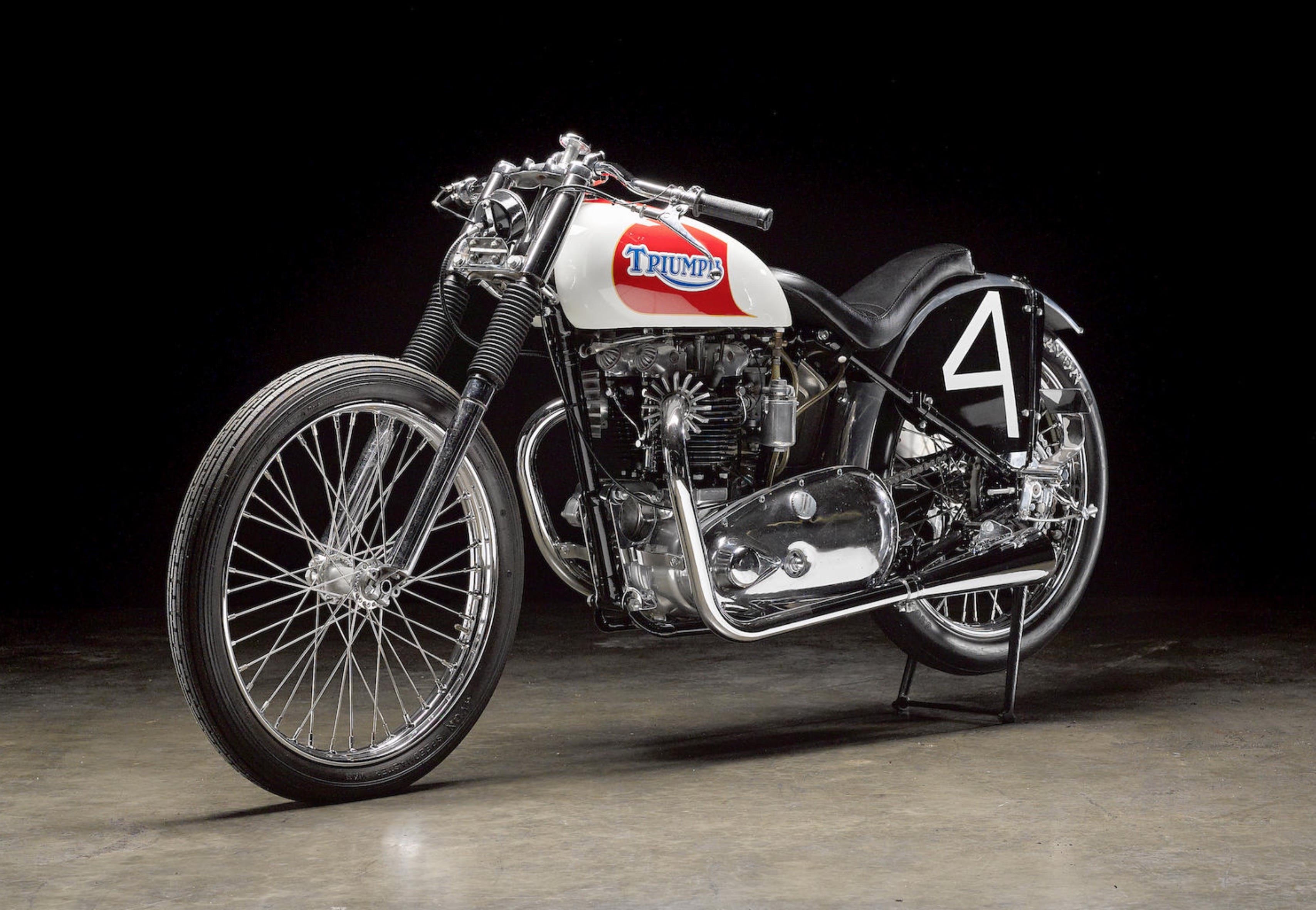