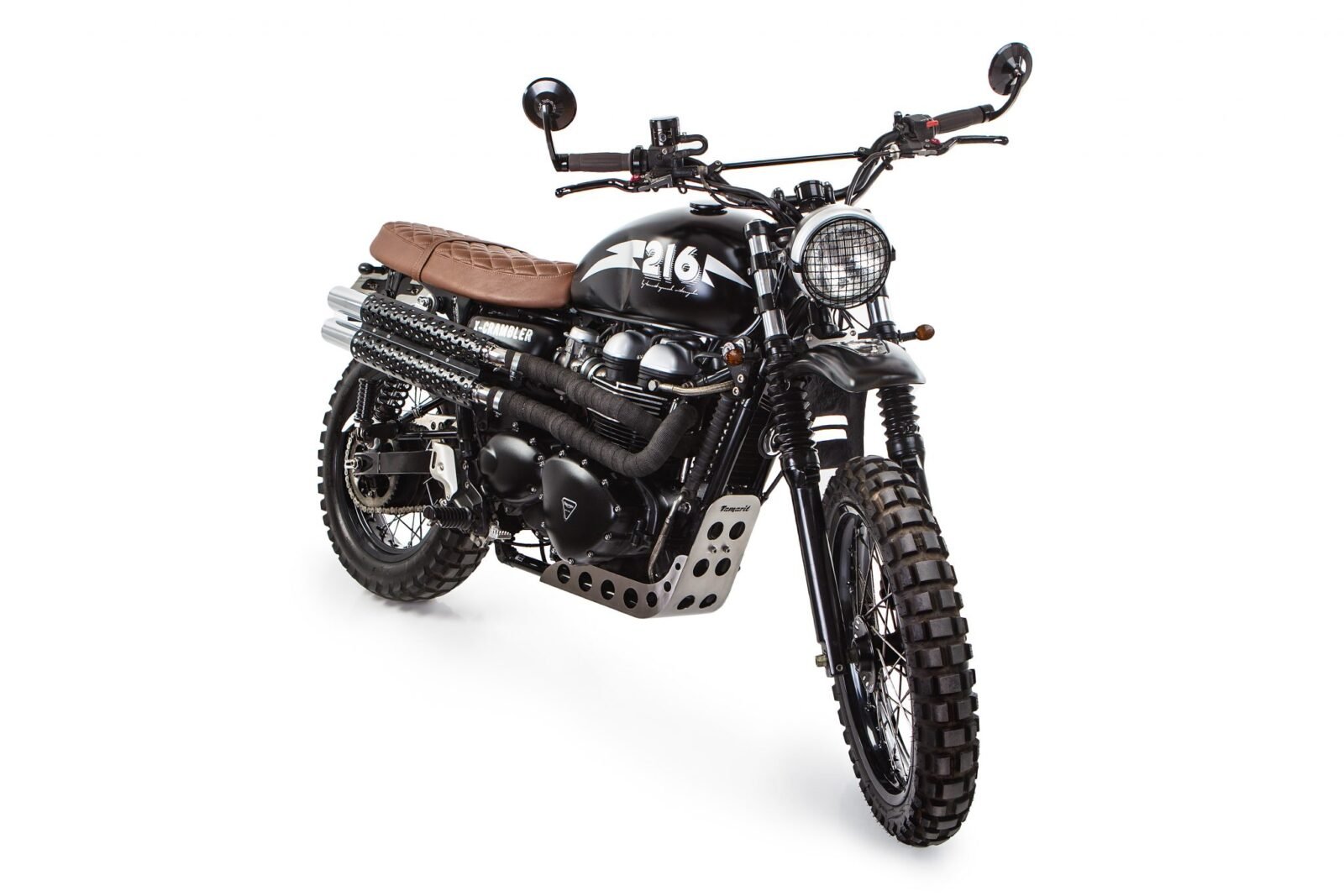 The Triumph Scrambler was introduced in 2006 as a modified version of the already-popular Triumph Bonneville. The design closely followed that of the Bonneville, however chief designer John Mockett drew additional inspiration from the iconic TR6C Trophy Special, favoured by the likes of Steve McQueen and Bud Ekins.

The drivetrain engineers at Triumph took the 865cc parallel twin from the Bonneville (and the America) and swapped in a 270 degree crank with revised ignition timing and fuelling to give the Scrambler more torque at low revs, making it better suited to off-road duties.

In the 10 years since it was first offered for sale, the Scrambler has become a hugely popular bike for commuters, weekend warriors, and custom motorcycle builders. Ducati, BMW, Yamaha, and Moto Guzzi have all developed their own versions to tap into the scrambler market – and the popularity of the genre shows no signs of waning.

The Scrambler you see here is the work of Tamarit Motorcycles, a specialist custom motorcycle garage that also produces a line of bolt on parts and accessories for Triumph motorcycles.

The build started with a factory stock 2013 Scrambler, although clearly many of the factory parts have been swapped out with more focussed off-road equipment. The rear springs have been swapped out for a pair of adjustable Öhlins shock absorbers, giving the rider the ability to increase or decrease ground clearance, as well as modifying pre-load to match load and terrain.

An upgraded Hummer Cubrecarter bash plate was fitted, as well as a new chain guard, bar-end mirrors, a hefty Grand Bastard front fender, a Ronin Headlamp grill, new front and rear blinkers, and a new minimalist speedometer. The high-exit exhaust is the Papillon unit, and the chunky tires are the popular Continental TKC80s. 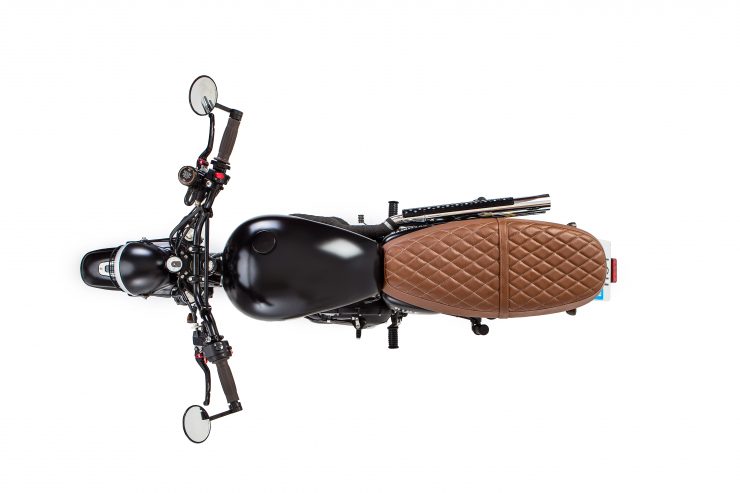 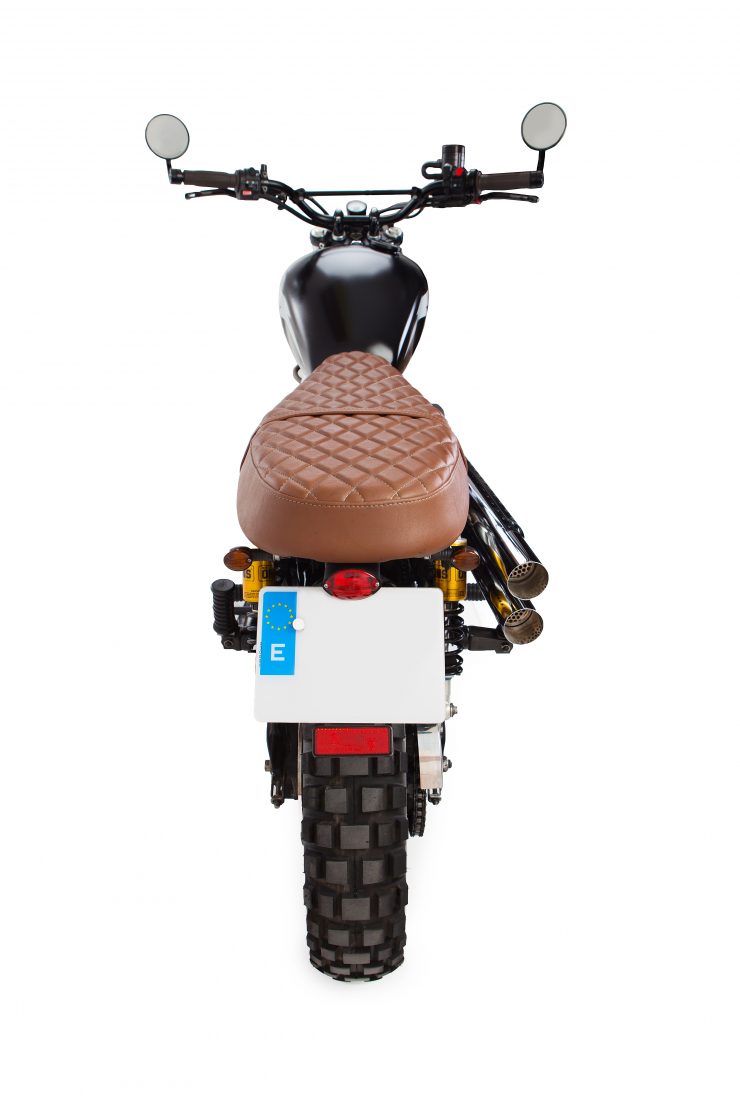 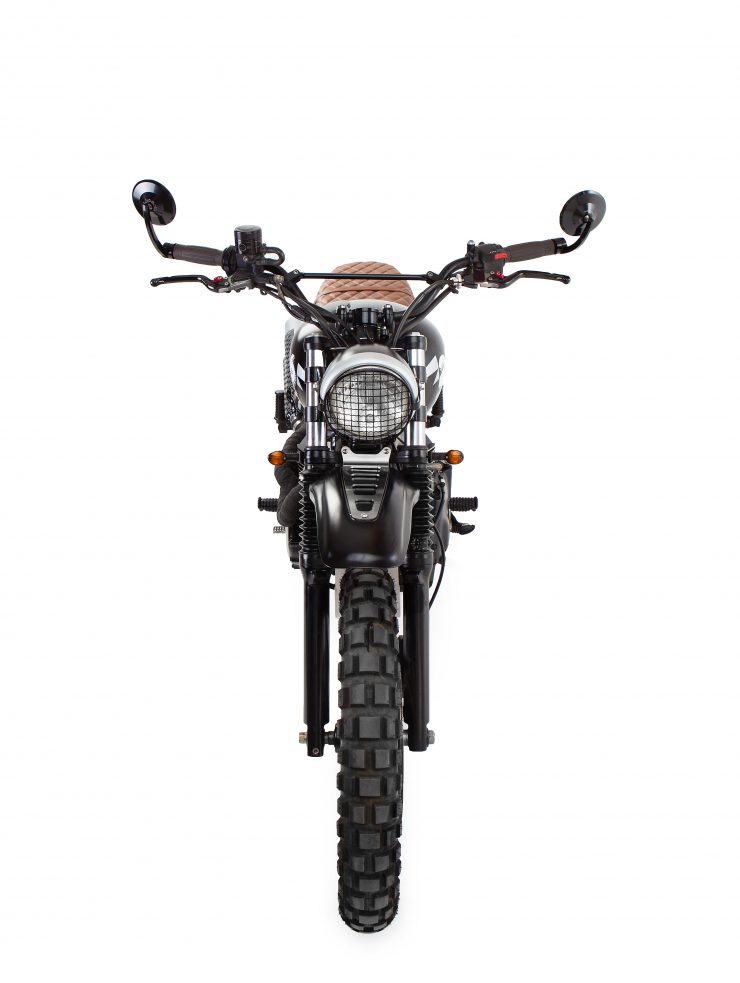 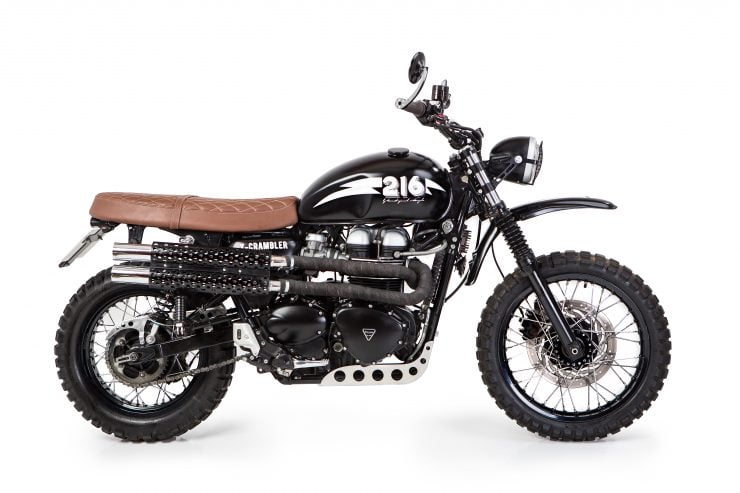 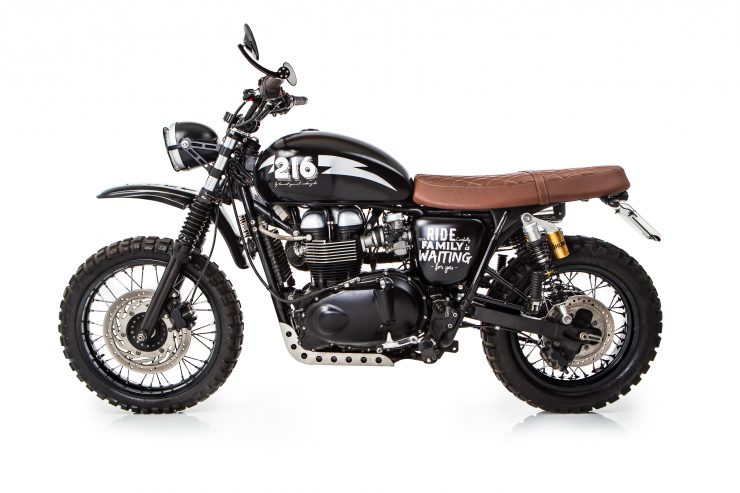 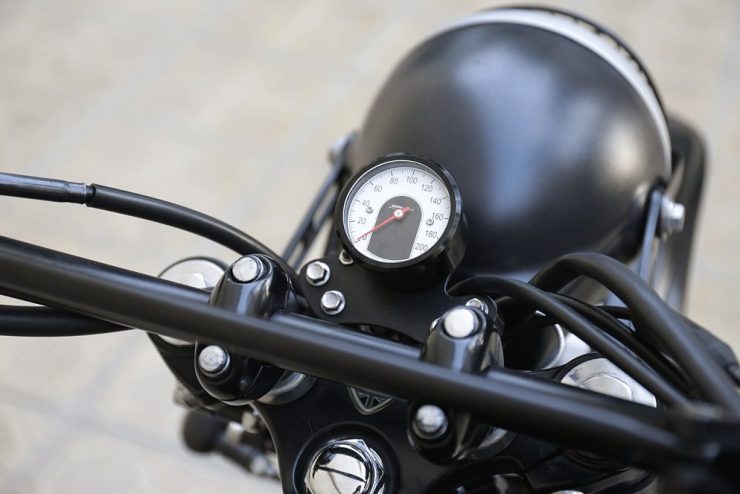 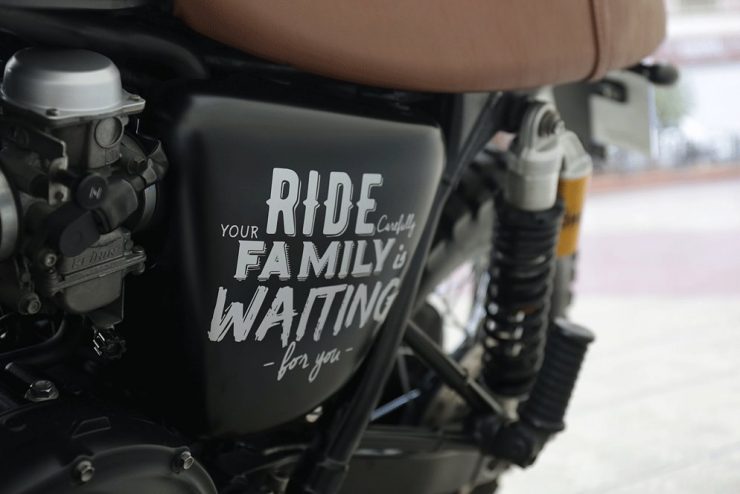 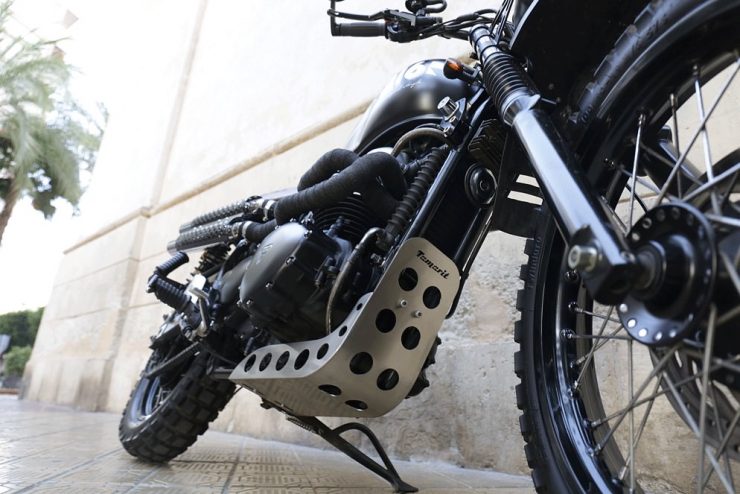 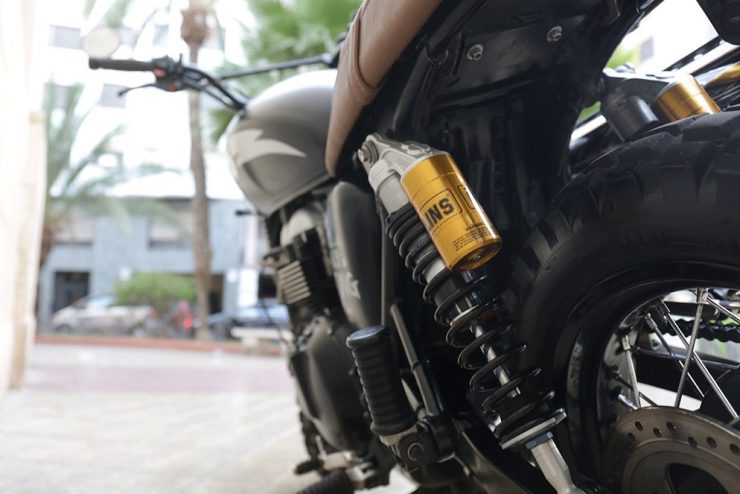 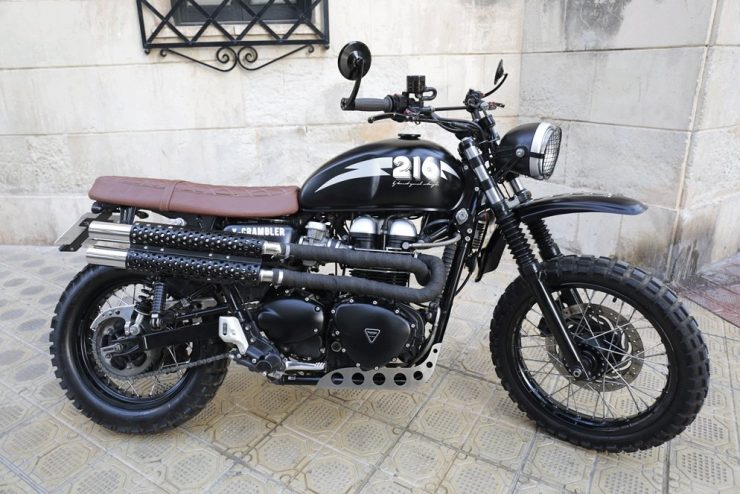 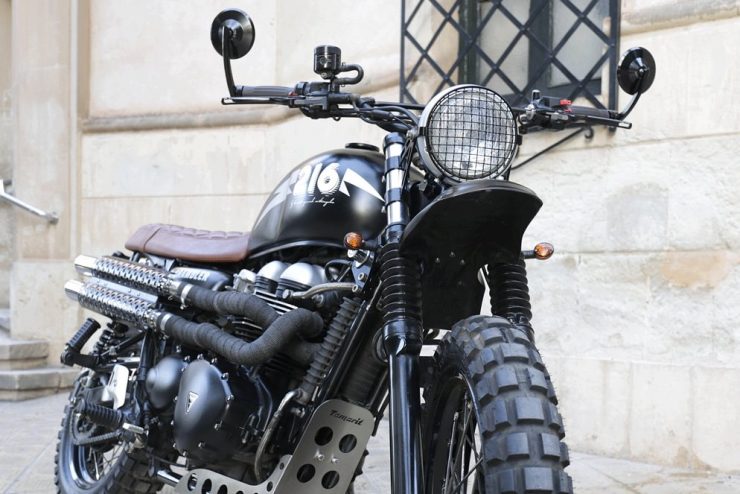 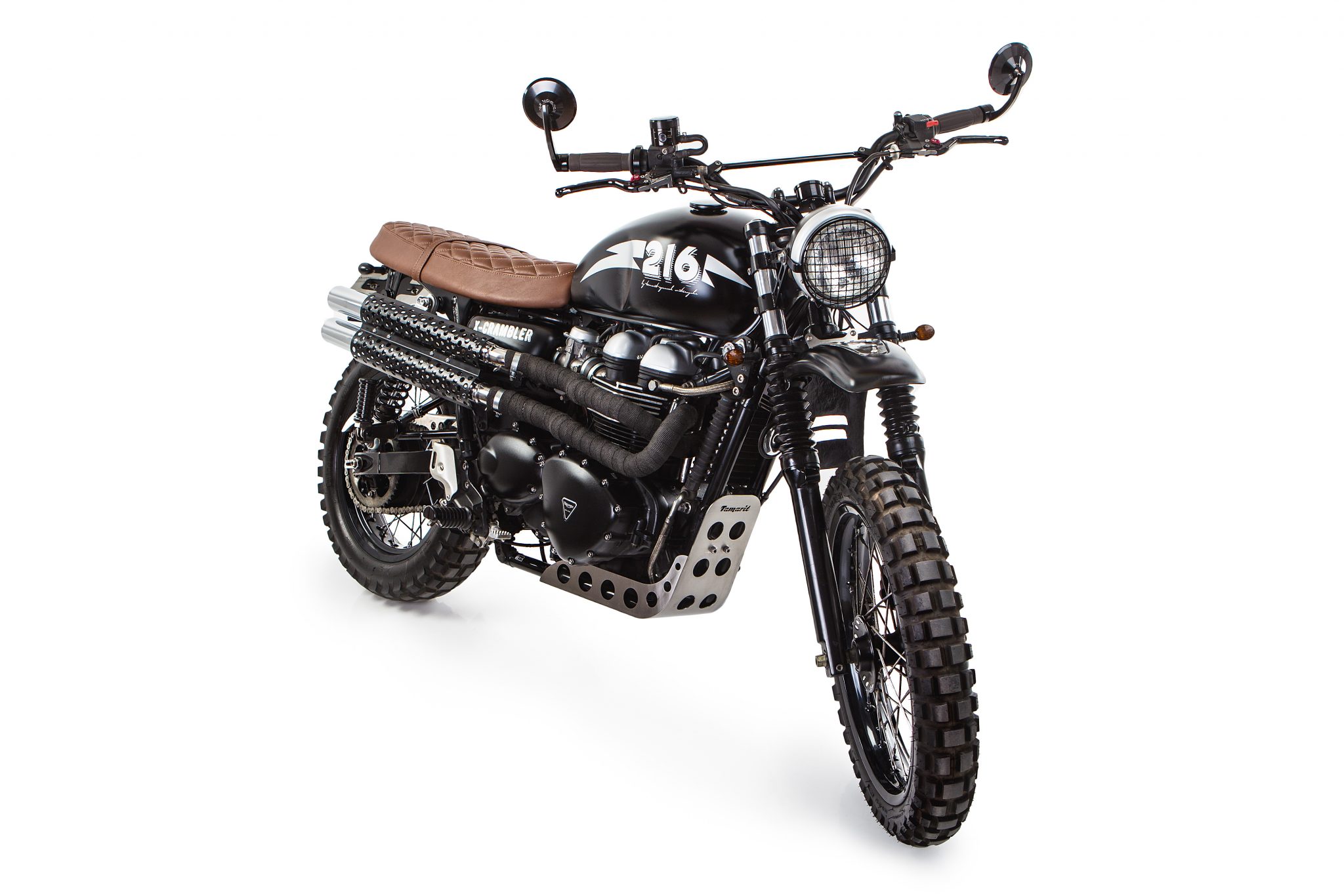