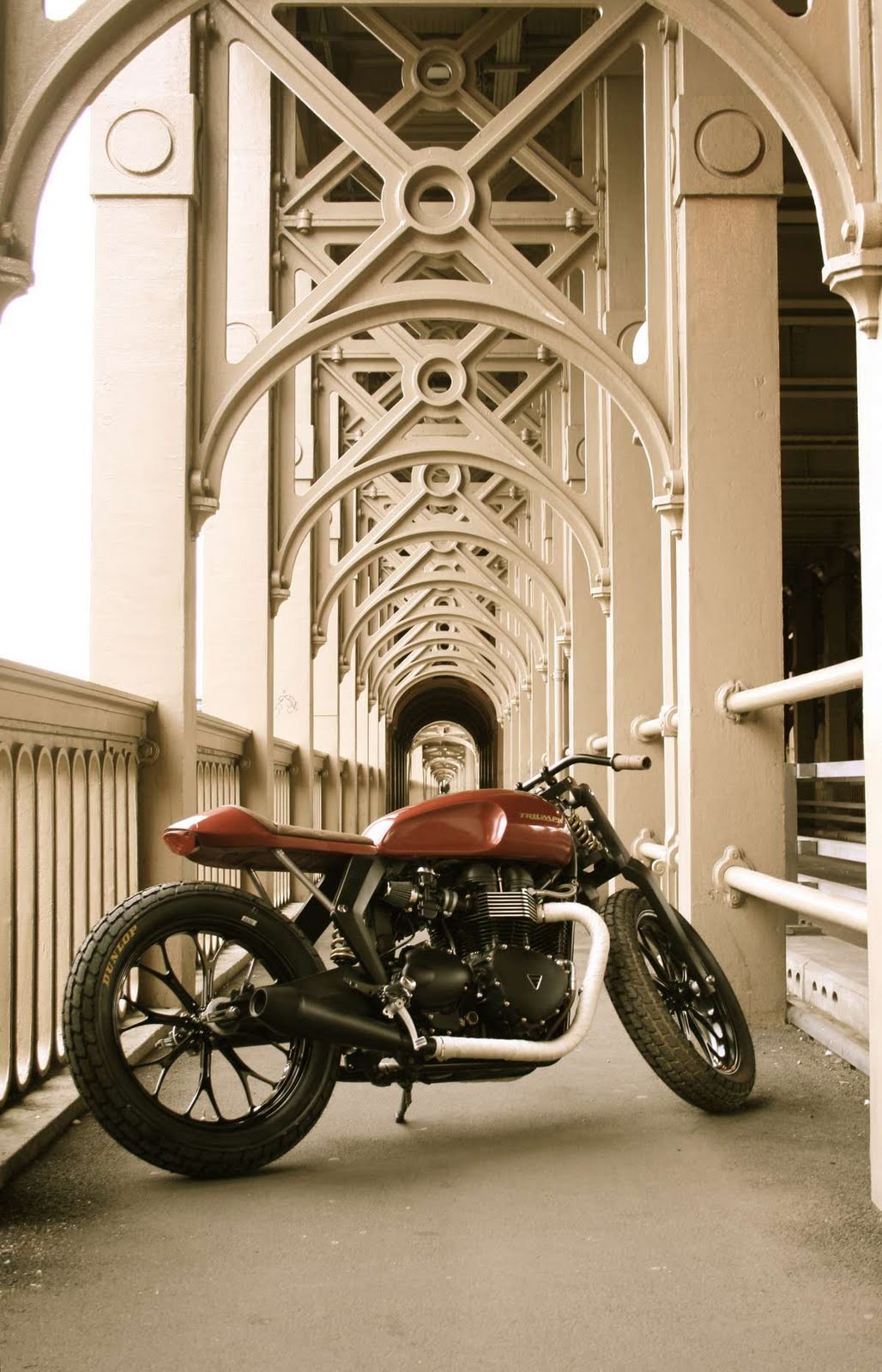 This phenomenal looking motorcycle was designed and built by University students Roy Norton and Thomas Kashe in the UK, they wanted to create a bike with modern performance and a retro feel, something that would appeal to a younger generation, yet offer a hat tip to the illustrious past of the Triumph Motorcycles marque. I think they pulled it rather well, especially when you consider the fact that this is their first build.

The front girder fork is one of the stand out elements of the bike’s design, I’ve never seen a custom motorcycle with a mono-shock rear paired with a girder front-end and I’d be curious to know how the bike handles on the twisty stuff. The white heat taped exhaust sits well the deep maroon paint and the flat-tracker tires seem to suit the bike rather than make it look clunky or clichéd.

If you’re keen to see the images from the design/build phase of the bike, hit the link to visit Rod and Tod Design.

It’s a shame there aren’t more images of the bike now that it’s completed, these four photographs are the only decent ones I was able to find on my hunt around the intertubes.

If you like this bike, check out the Triumph TT Deluxe Café Racer by LC Fabrications, it’s a build that uses the same powertrain but takes it a little further back in time. 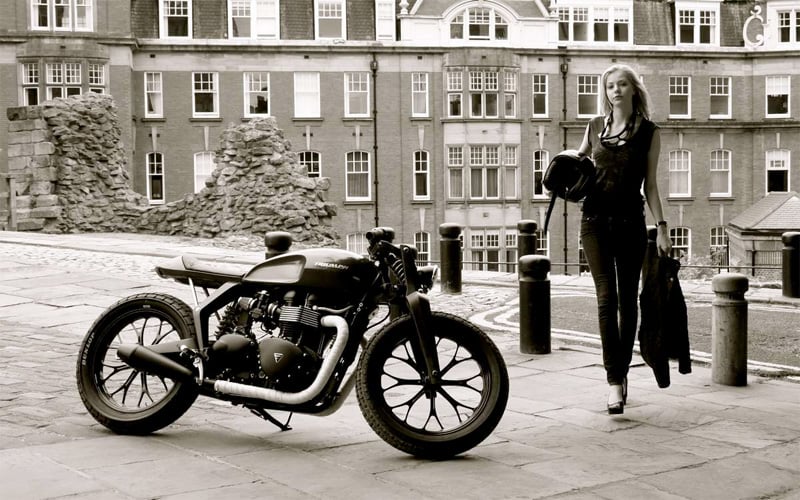 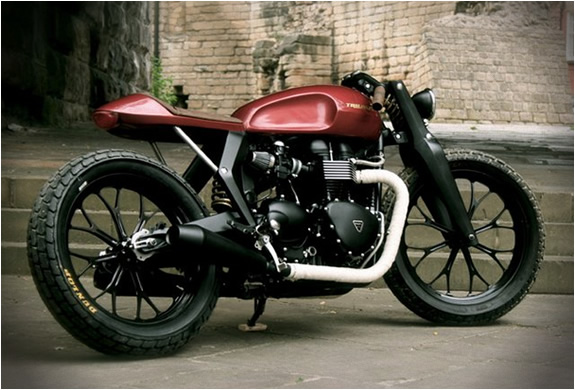