What would a café racer look like if it had been built in 1910 instead of 1960? It’s a question that has been asked before but to my knowledge, this is the first time someone has actually taken to the workshop and produced such a mythical beast.

LC Fabrications is a machine/vintage motorcycle shop in the rolling, green foothills of Virginia. Owned and operated by Jeremy Cupp the focus is on timeless craftsmanship and seriously handsome motorcycles. This particular bike, the TT Deluxe, was loosely modelled on bikes of the 1910s (Triumphs in particular) but features a 2006 Triumph Bonneville engine and transmission. The chassis was hand-fabricated as was the tank, the bike uses handmade Druid forks and a seat made by Jeremy and his wife Lindsay.

If you take some time to carefully go over these photos you’ll notice a staggering number of subtle touches, this sort of build quality is reminiscent of builders like Falcon and Walt Siegel (and there aren’t many builders who deserve a credit like that).

Notable features of the build are that springer seat set up, beautifully integrated leather kneepads on either side of the fuel tank, the wonderful steampunk headlight and copper tubing used around the engine and the two-tone paint job on the inside of the wheel rims.

All images below aren’t huge but they’re the highest resolution we could get our hands on, click for  a larger view. 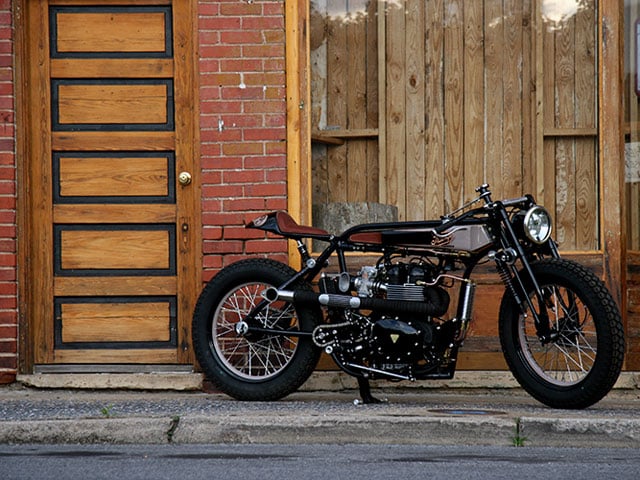 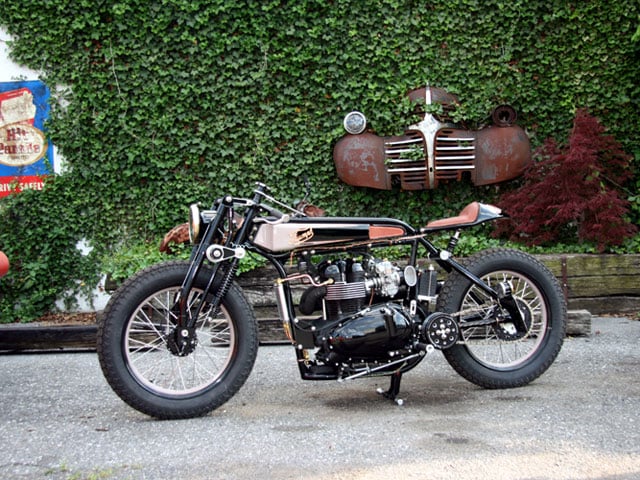 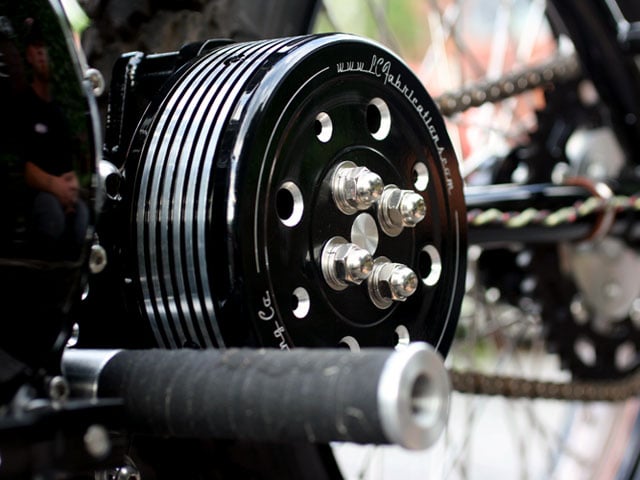 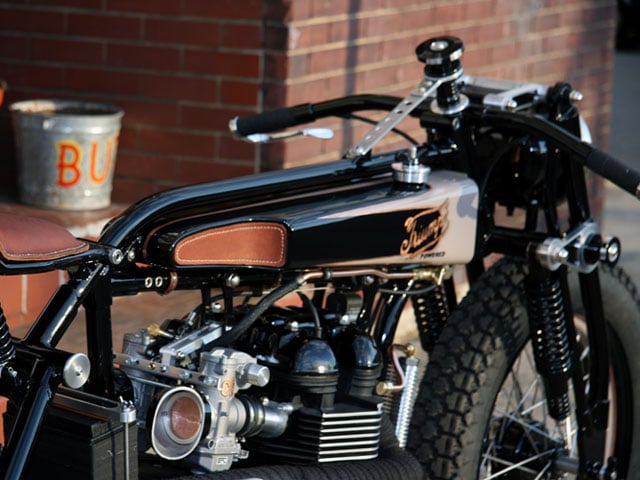 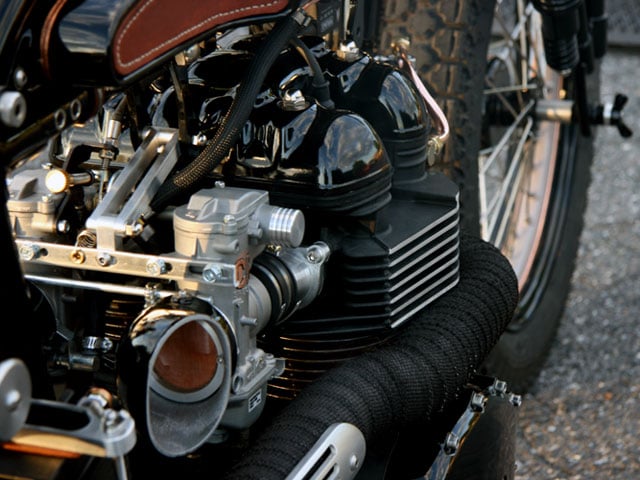 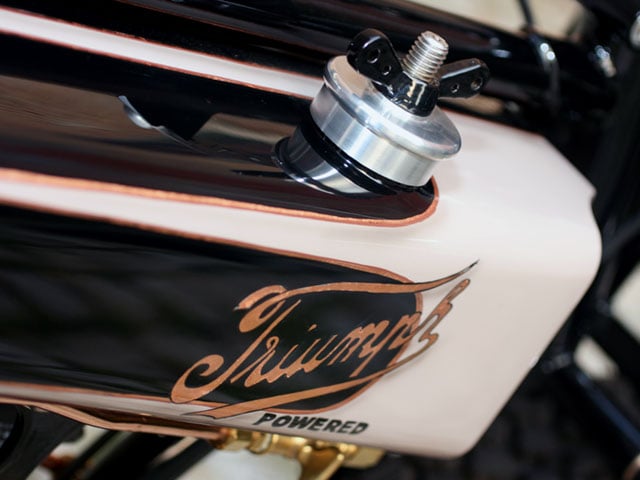 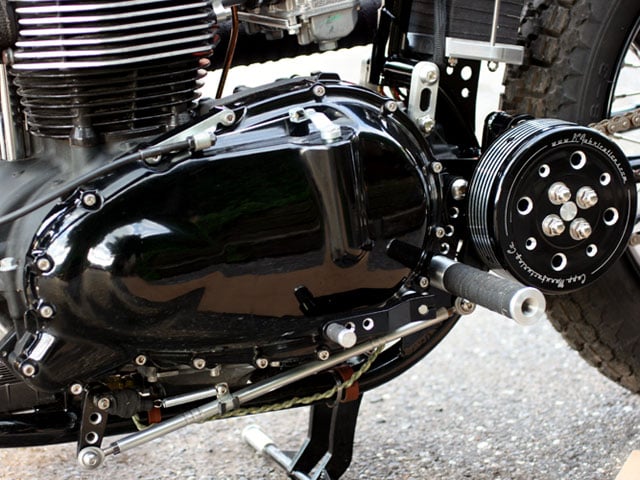