In 1928 a man named Ernst Henne bought a BMW R37, he then took it apart and thew most of the bits away. Once he had the bike back to its bare essentials he set about building one of the most successful record breaking motorcycles ever built.

All in all, Ernst Henne’s BMW took 76 world records with the bike staying in a state of active development for 6 years between 1929 and 1935. In ’29 he set the fastest ever recorded speed for a motorcycle at a blistering pace of 216.75 km/h, by ’35 Henne had developed the car to the point he set an all new motorcycle world speed record of 256 km\h. That’s fast by today’s standards and he did it all in a backyard shed before the start of WW2.

The BMW R37 had a twin cylinder engine in a boxer configuration, the total capacity was 749cc and the bore/stroke was 83mm/68 mm. It’s estimated that with the supercharger installed, the engine was producing 100+hp, a staggeringly high number in 1929 and significantly higher than almost any road car of the era. 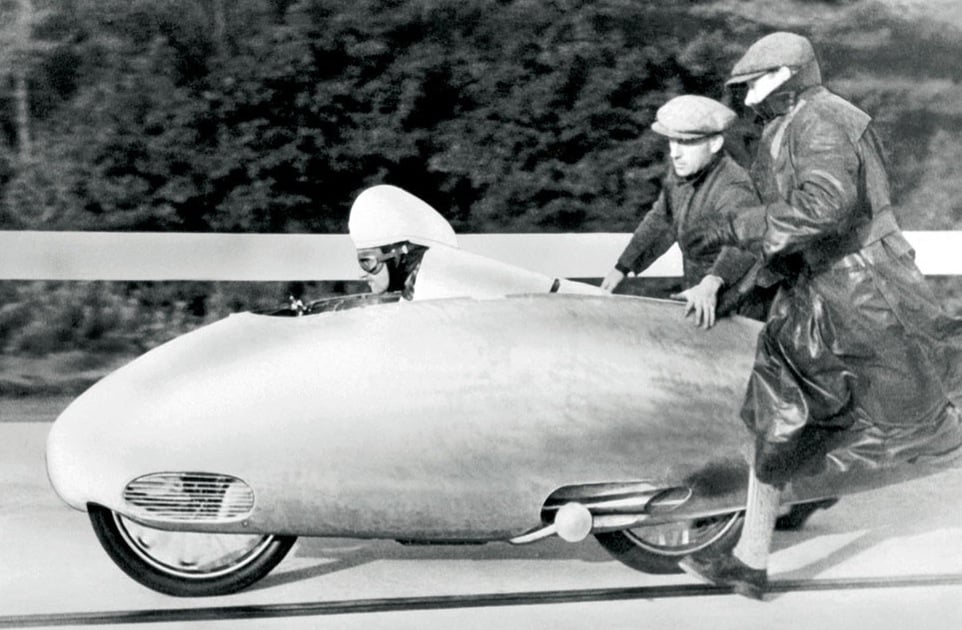