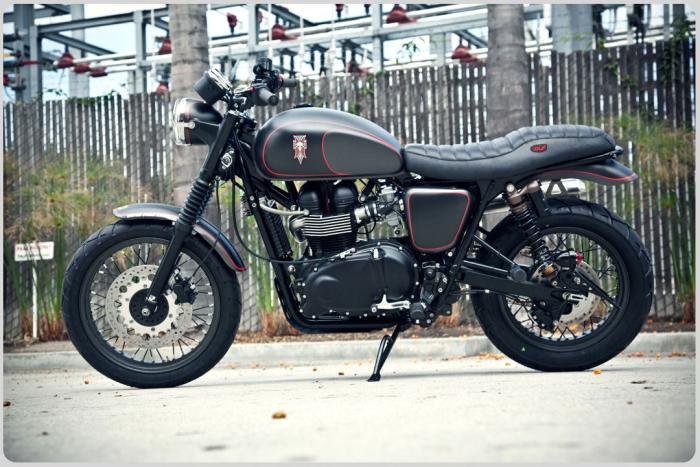 This “Hawkized” Triumph was built by the team at Roland Sands Design for a recent charity event organised by Tony Hawk. The Tony Hawk: DaGeDar Presents Stand Up For Skateparks benefit hosted by the Tony Hawk Foundation was held in Beverly Hills and featured the musical stylings of The Black Keys. An impressive total of $755,000 USD was raised with this bike selling for $32,500 to the bassist of the Dave Matthews Band.

The mission of the Tony Hawk Foundation is to build free public skateparks in low-income areas, in the hope of giving kids from poor families a place to go that’s a drug-free, gang-free environment, sounds like a hell of a worthy cause to me.

Read more about the event here. 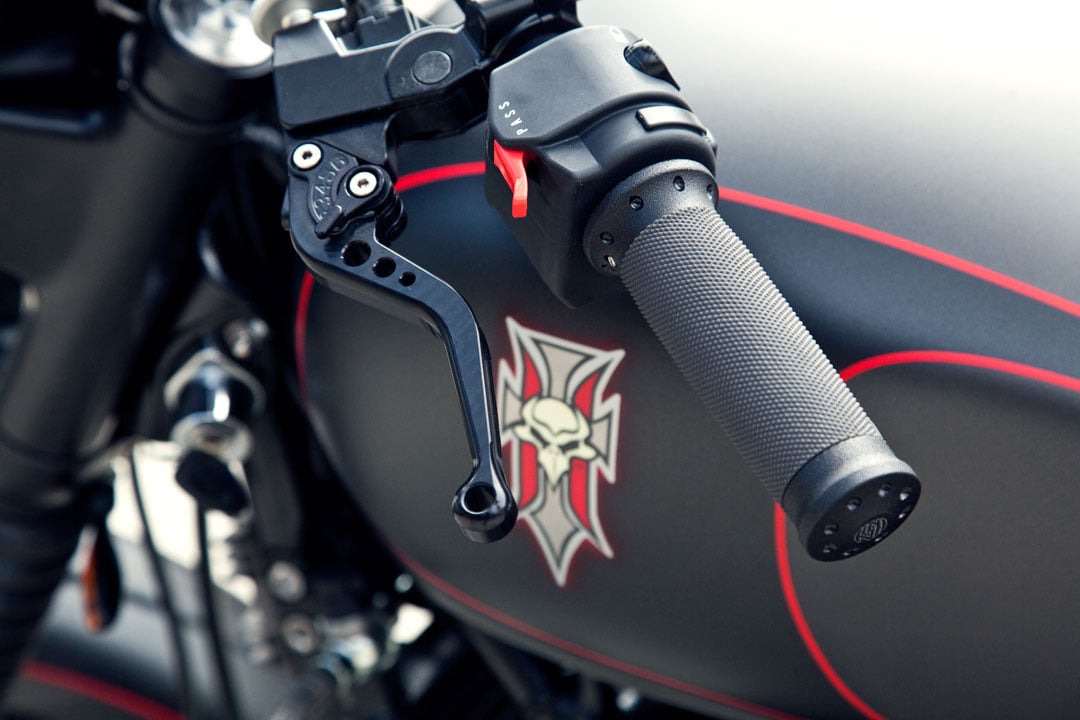 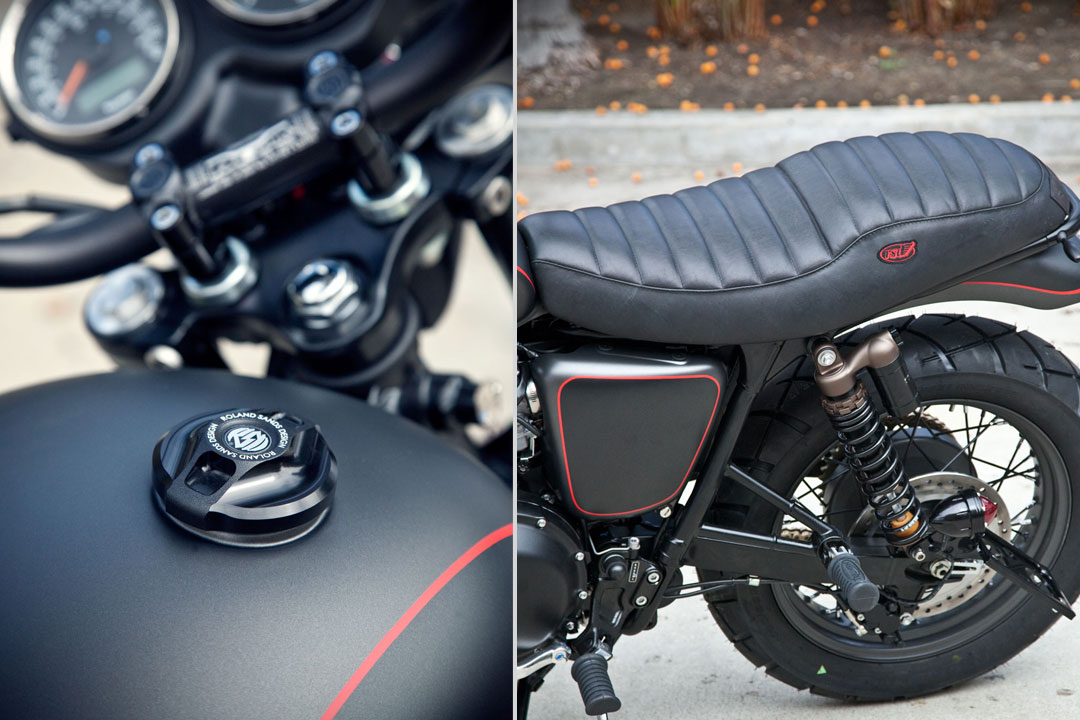 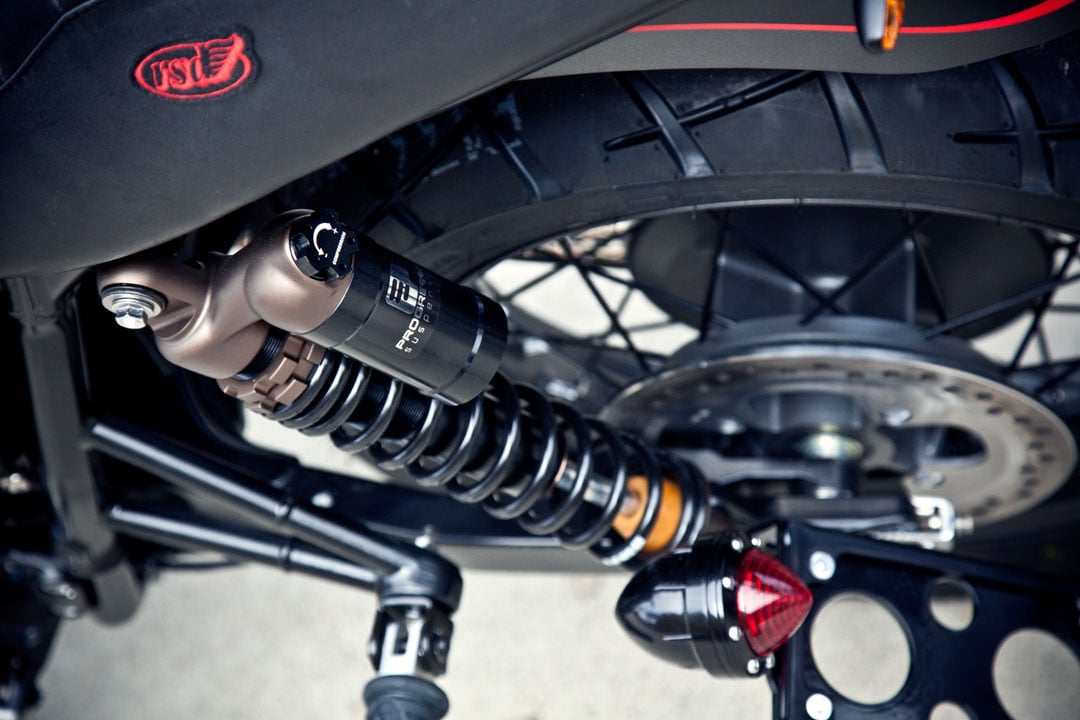 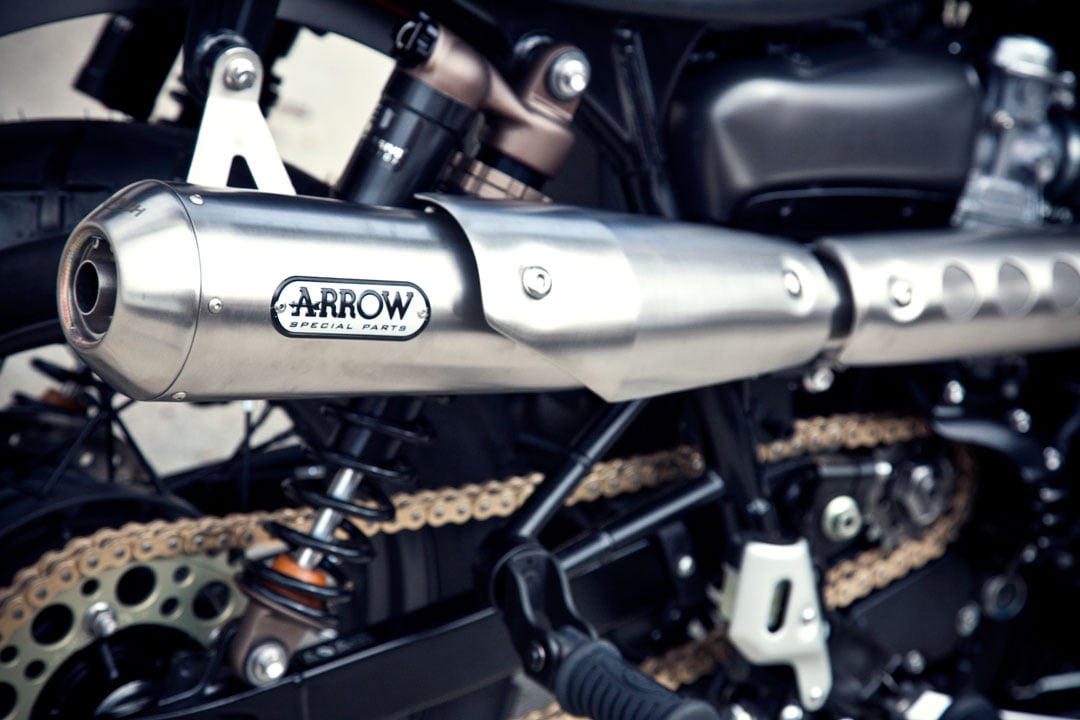 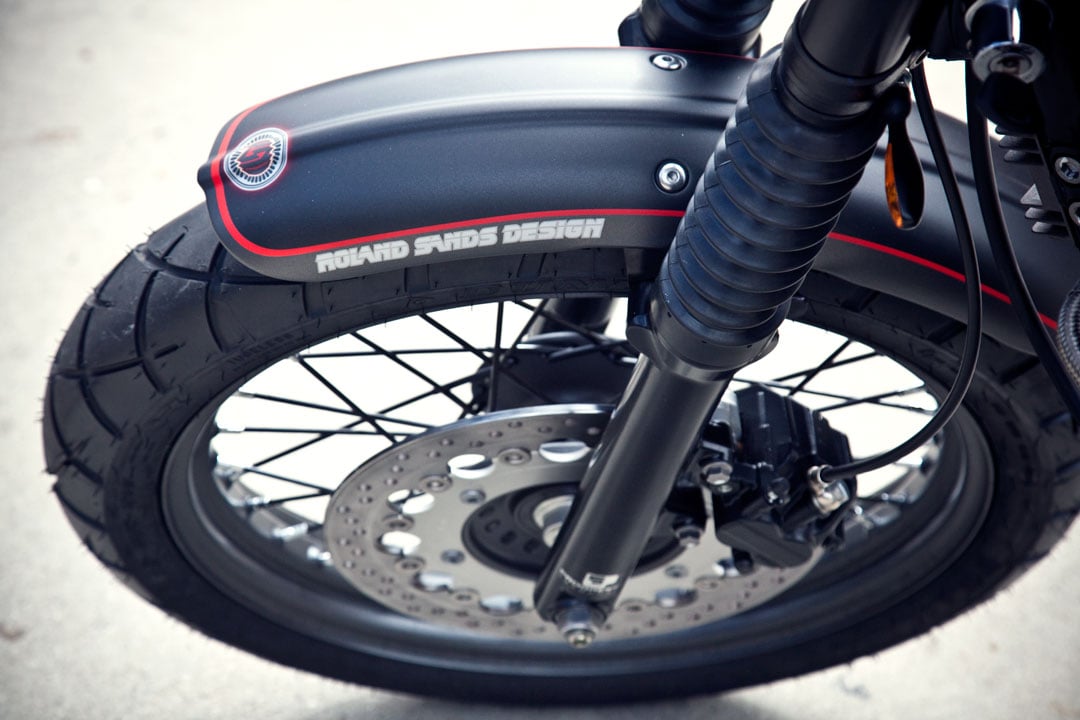 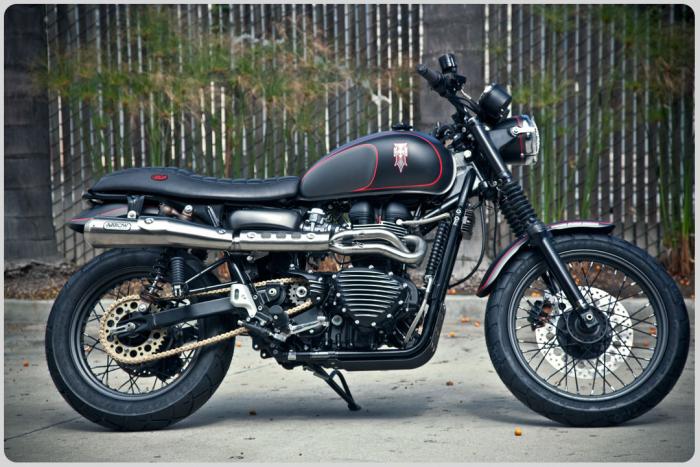