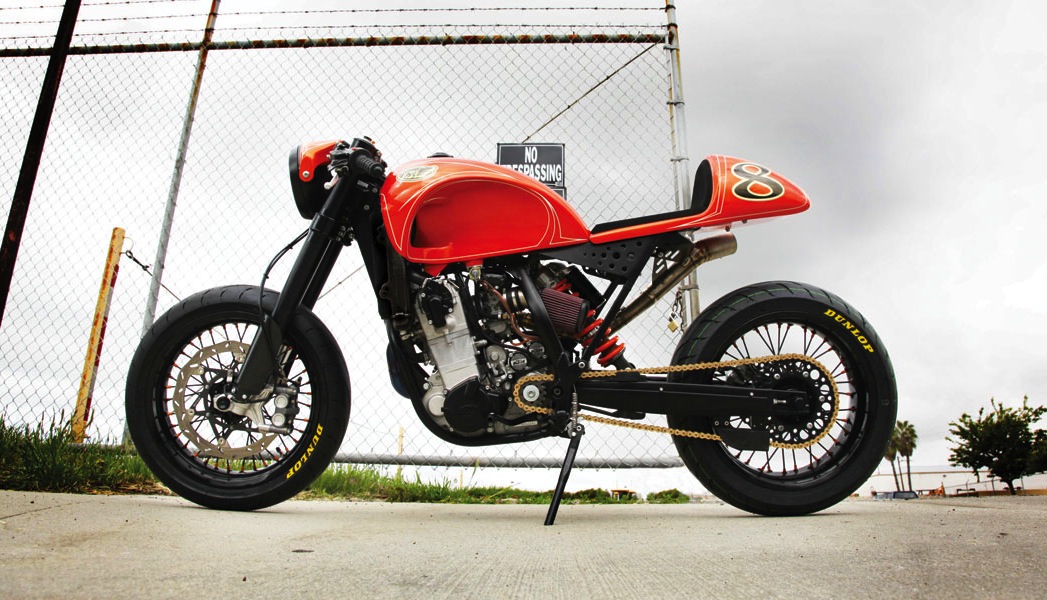 Roland Sands Design are easily one of the top custom bike builders in the world today, their careful meld between state-of-the-art engineering and aesthetically stunning design never fails to stop me in my tracks.

This bike, the KTM 525 EXC is no exception, all of the body work you see is custom, hand-beaten aluminium. The exhaust is a bespoke titanium unit, the forks and shocks have both been lowered significantly and the sub-frame has been highly modified to accommodate the electronics and battery box.

Oh and by the way, the beautiful blonde in the photographs isn’t a model, she’s the bikes new owner. That’s a lucky motorcycle. 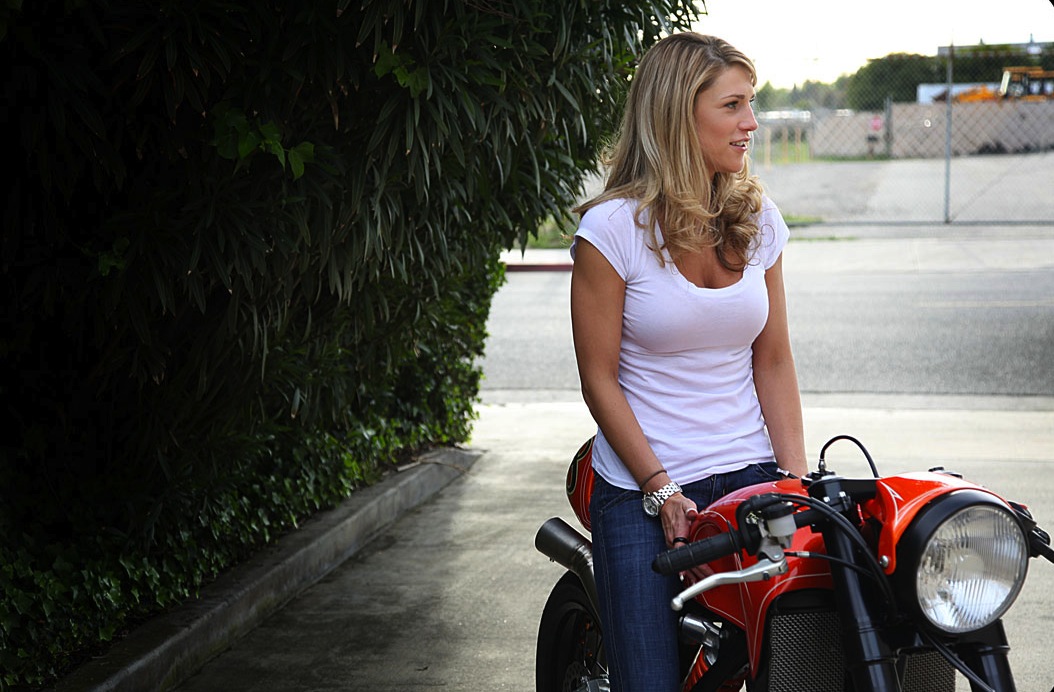 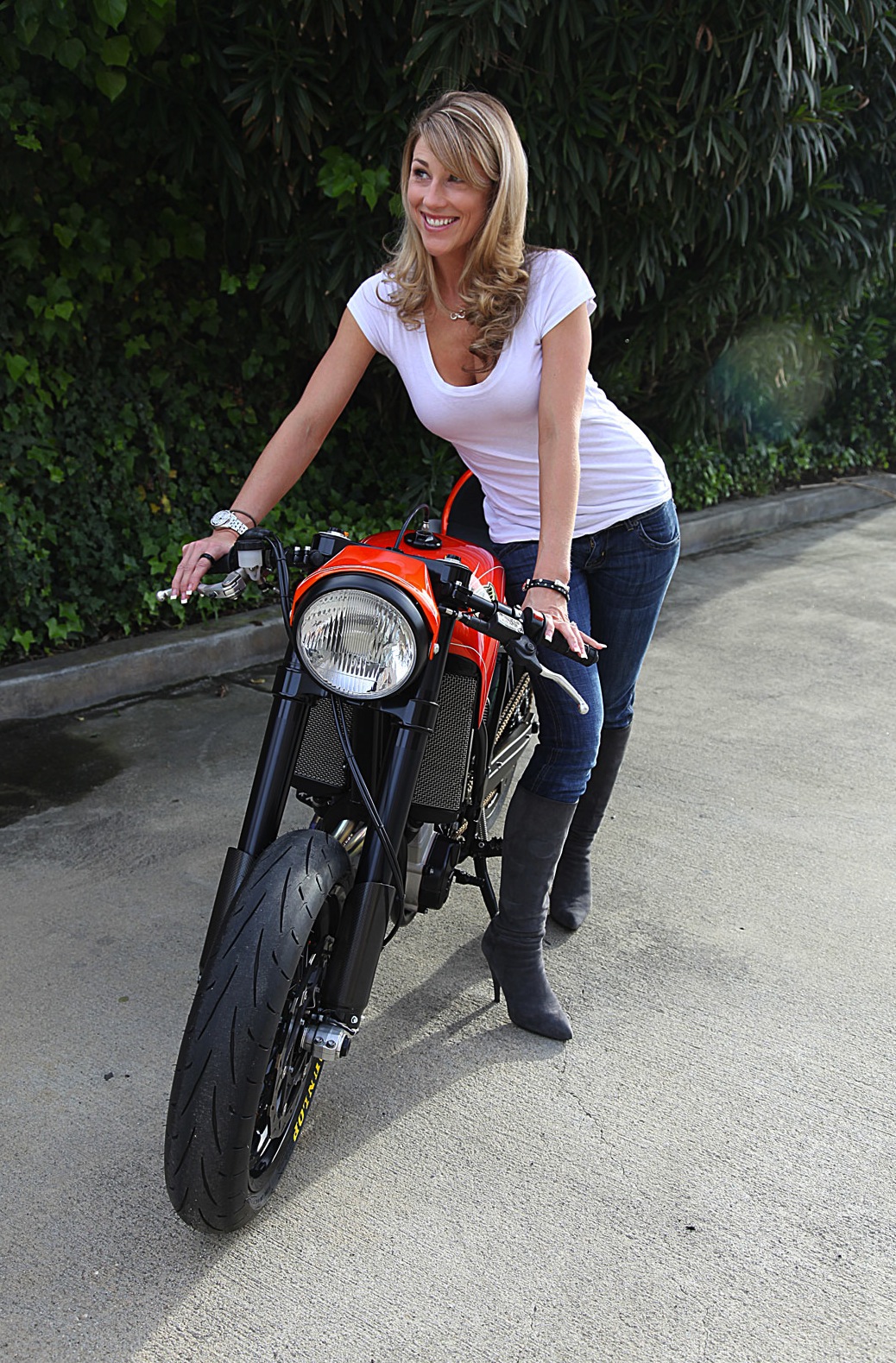 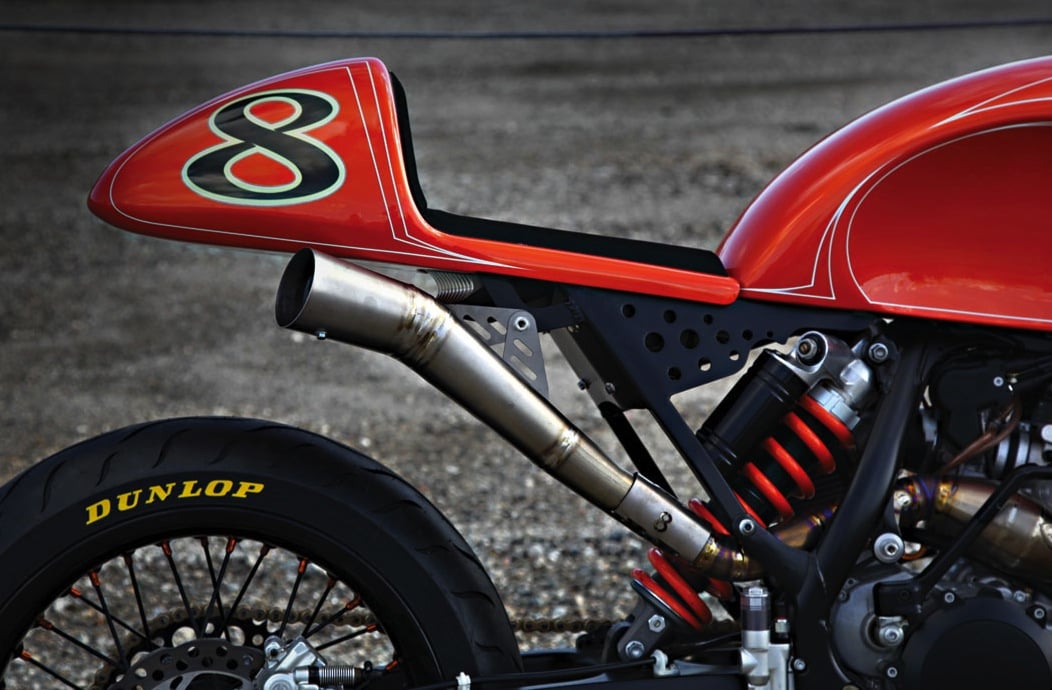 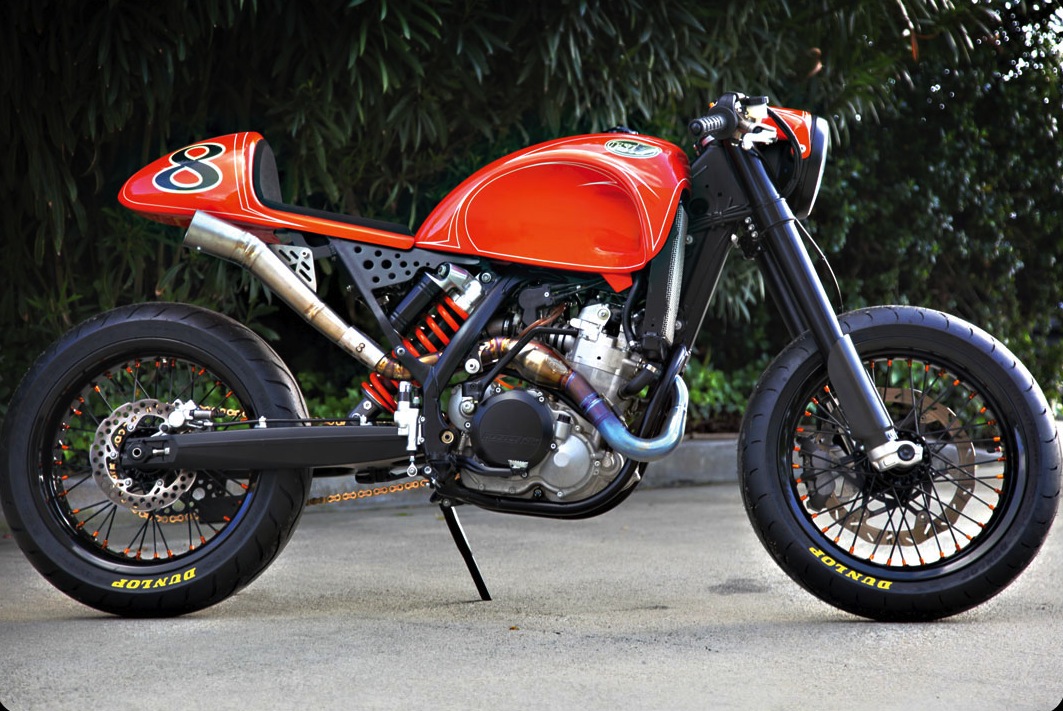 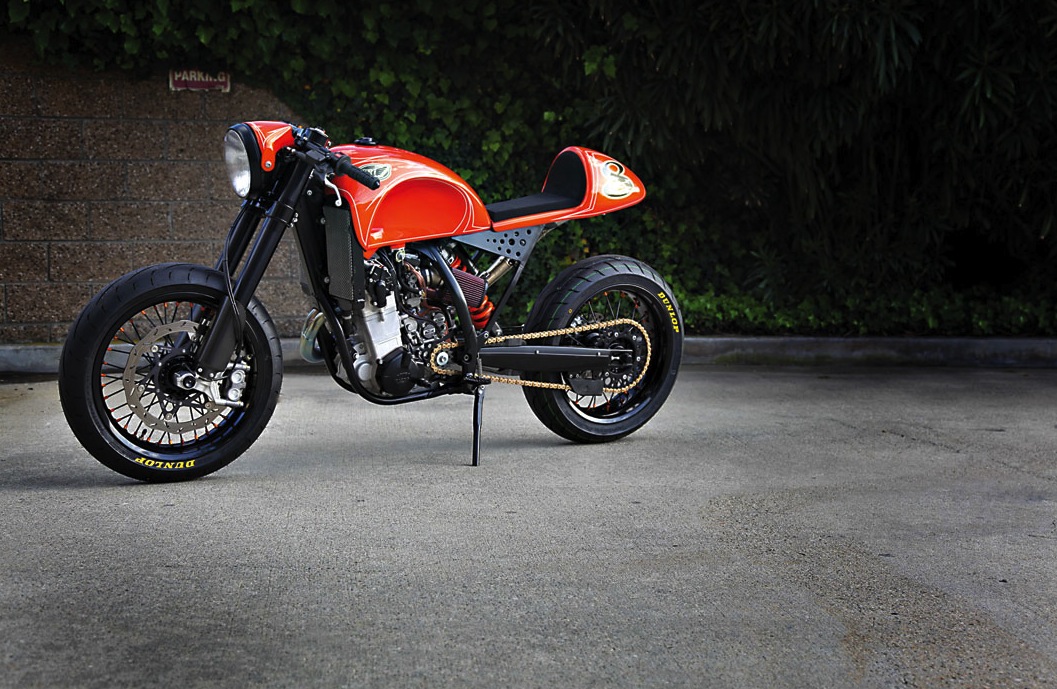