This 12 minute short film has no spoken dialog, instead it employs clever visual cues to tell a story. It takes place in London and follows a leather clad racer on his 1968 Norton Commando (I may be wrong about the year, I’ll wait for the abusive comments below from the Nortonphiles if I am).

If you have 12 minutes free, grab a coffee and hit play. You’ll be glad you did. 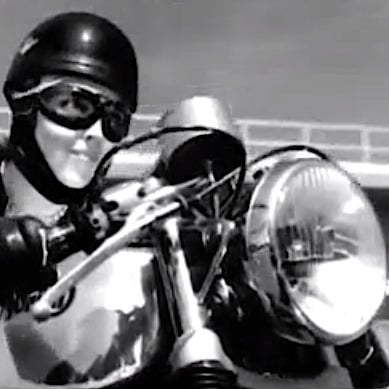 Published by Ben Branch - October 28th 2011
Related Posts
The Honda Cub EZ90: The Motorcycle Of The Future From 1991