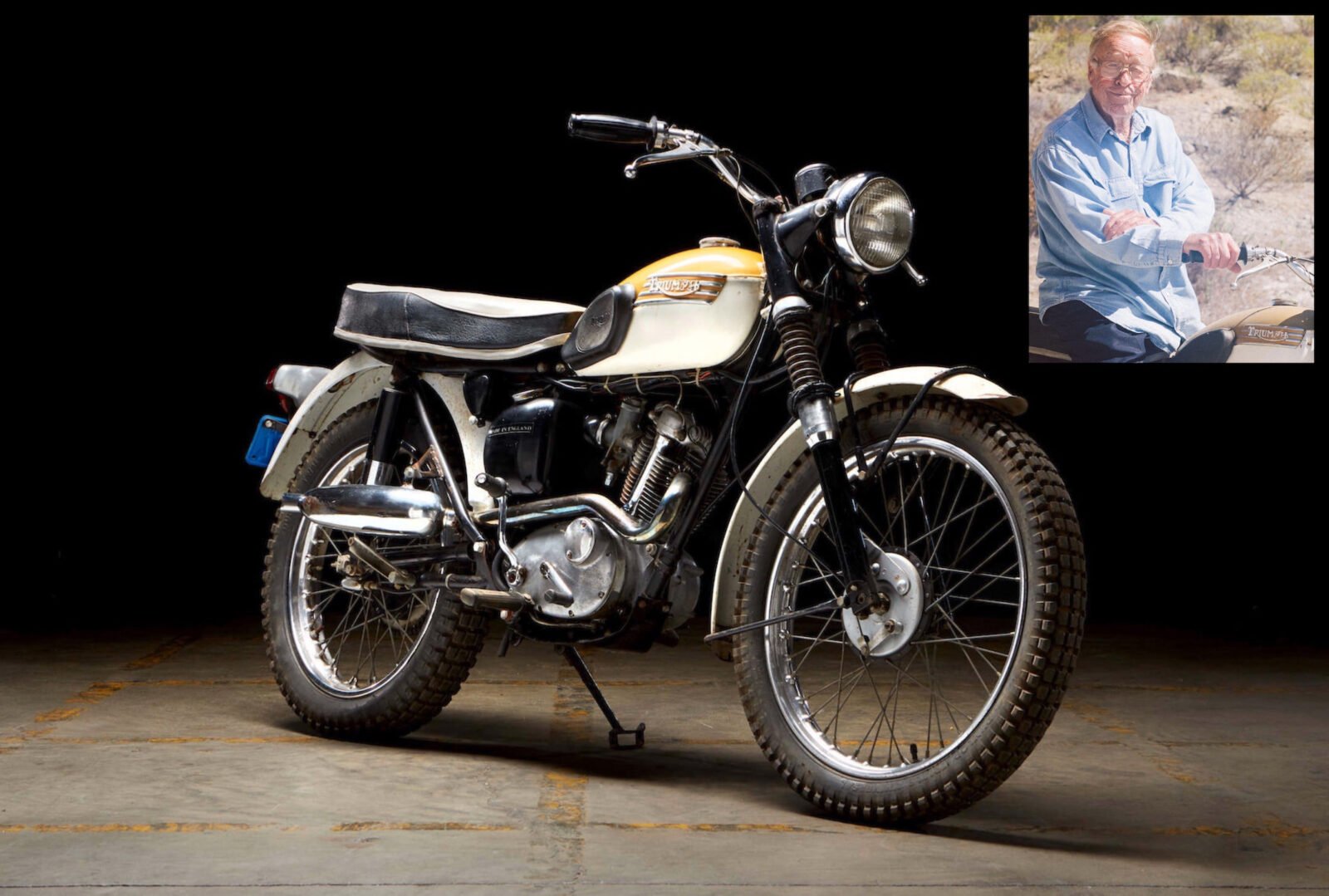 This 1967 Triumph Mountain Cub was bought by On Any Sunday Director Bruce Brown shortly after the runaway success of his seminal surfing film “Endless Summer”. Although he likely didn’t know it when he bought the Triumph, this trusty little trail bike would plant a seed that would contribute significantly to his next great film – On Any Sunday.

Once he upgraded from his 50cc Honda step-through to the Triumph Mountain Cub a whole new world opened up for Brown. Suddenly he could go riding on the beach, take part in desert rides, do some cowtrailing, and he became friends with fellow motorcyclist Steve McQueen.

Motorcycles and surfing have been inextricably linked since at least the 1960s, both activities offer similar feelings of freedom and motorcycles offer an excellent way of scouting out new beaches.

With his newfound insight into the wide world of motorcycling Brown began the process of filming what would become the most famous motorcycle documentary in history, and it would be funded by Steve McQueen’s company Solar Productions. 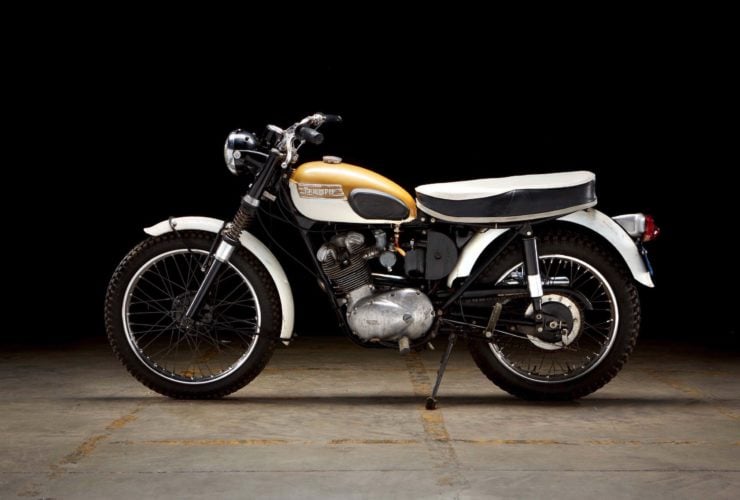 The Triumph Mountain Cub was a US-market only version of the T20 Triumph Cub. The 200cc single-cylinder Cub had been a runaway sales success for Triumph, it was styled by the legendary Edward Turner to closely resemble the much larger Bonneville, Thunderbird, and TR6 Trophy.

The T20 Cub  was largely based on the T15 Terrier, which had been fitted with a 150cc single-cylinder engine. The Triumph Cub was designed for new motorcyclists and those who wanted a lightweight motorcycle that closely resembled its larger siblings.

The popular European and Japanese two-stroke trail bikes of the era could be temperamental to ride with short power bands and relatively low torque. The Triumph Cub certainly wasn’t powerful by any description, but it did offer decent low-end torque for a bike of its size thanks to its single-cylinder, four-stroke engine.

The Cub used the same basic engine design as the Terrier before it, through of course it was enlarged 50cc. Power was sent back via a chain primary to a 4-speed gearbox, and from there to a chain final drive.

Triumph built the Cub from 1956 till 1968 and offered a wide variety of different sub-models including road, scrambles, trials, enduro, and trail versions. The Mountain Cub was a popular iteration and they’re now sought after by enthusiasts as easy to ride weekend trail bikes. 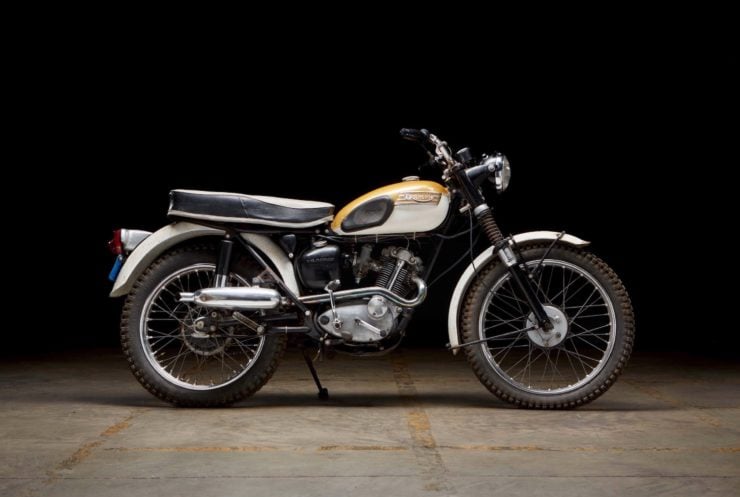 As previously mentioned, this is one of the most important Triumph Mountain Cubs in the world, if not the most important outright. The Bruce Brown film On Any Sunday was released in 1971, it would encourage generations of people around the world to get into motorcycling and it helped change the public perception of motorcyclists from being louts, gang members, or boy racers.

Bruce Brown kept his Mountain Cub in good, unrestored condition for decades and didn’t part with it until shortly before his passing in 2017. It was bought by a close family friend who has retained it since then, and is now offering it for sale.

This Cub has been sitting unused for some time so if the new owner wants to ride it they’ll need to recommission it. The engine does turn over freely, and it’s all complete and original. A copy of the bill of sale signed by Brown will accompany the motorcycle. 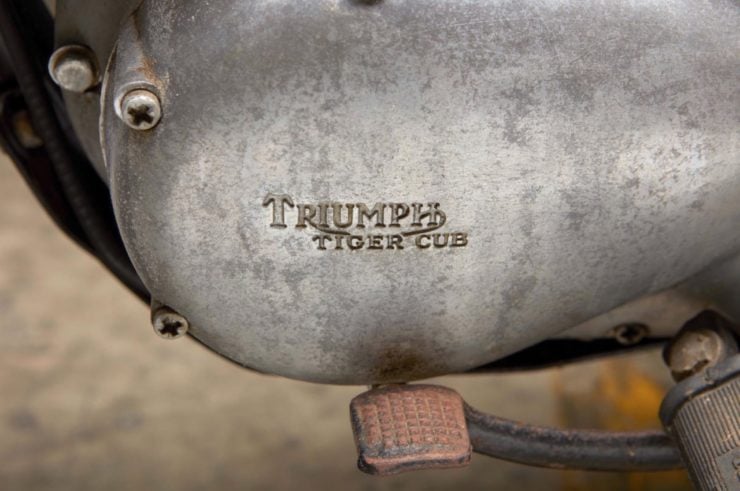 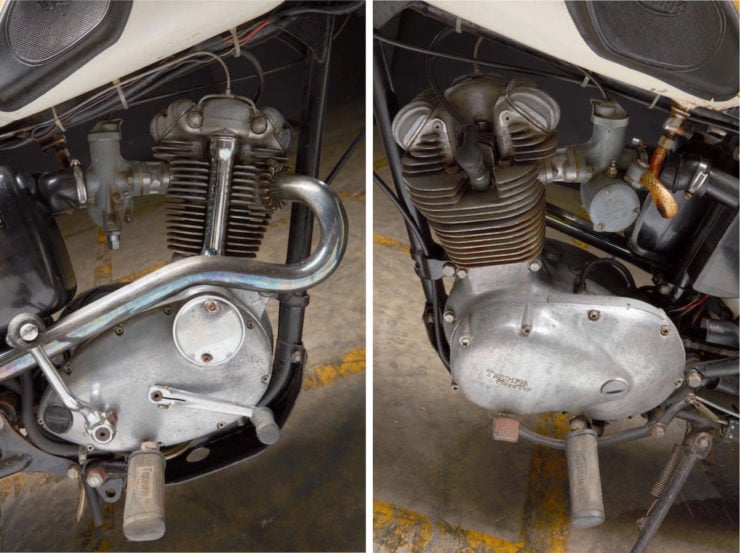 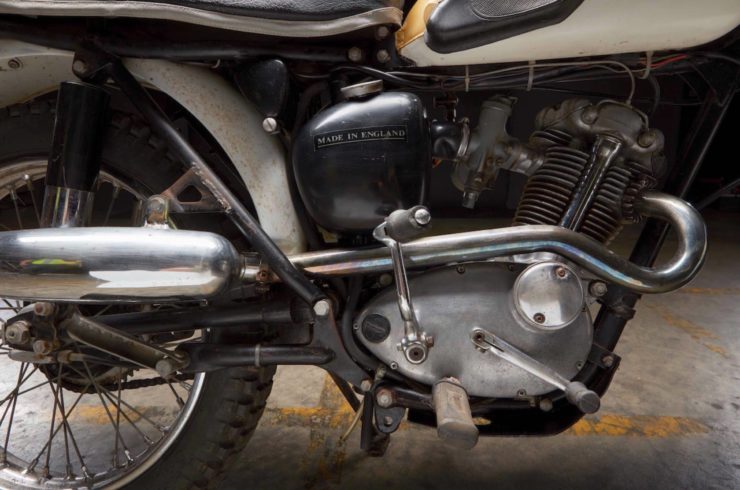 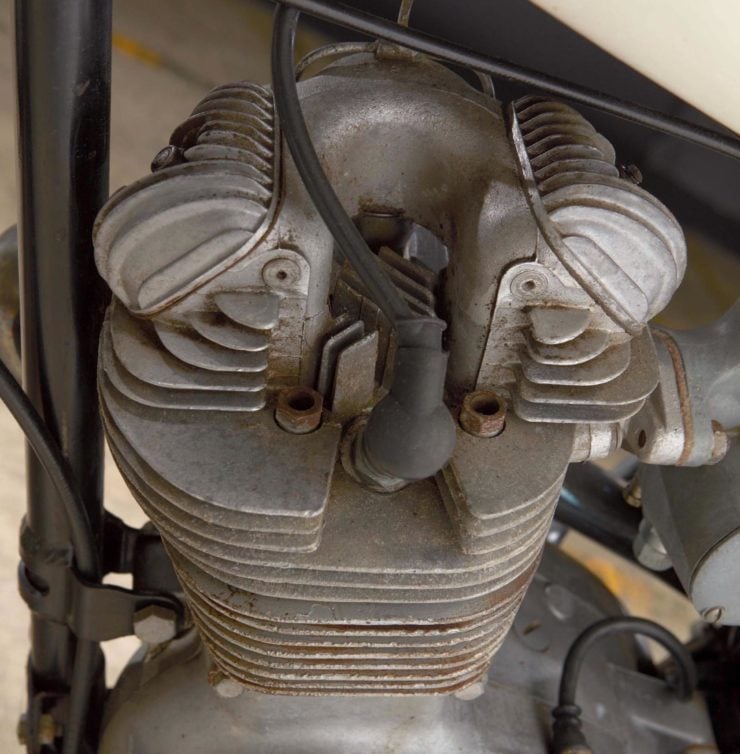 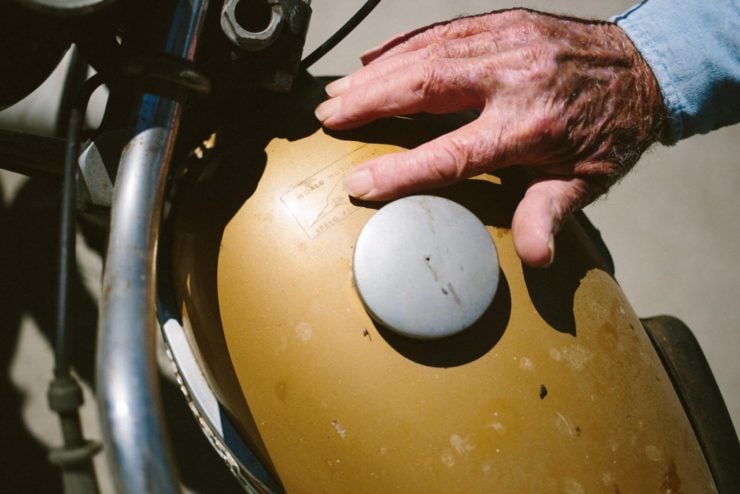 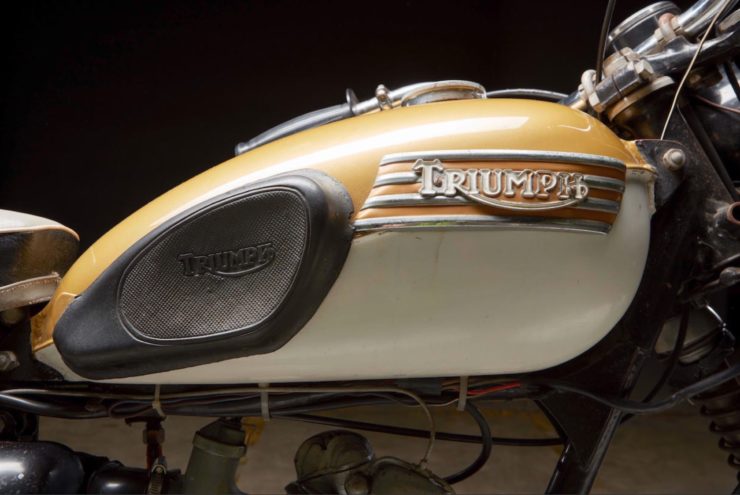 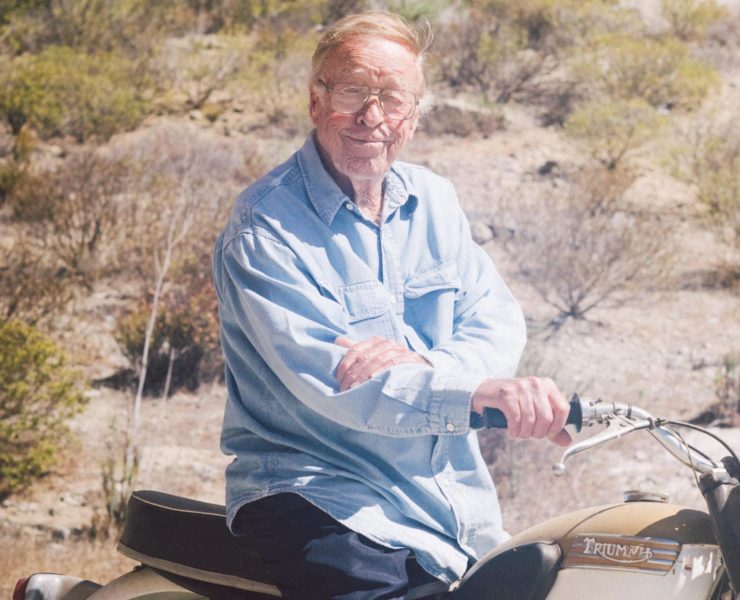 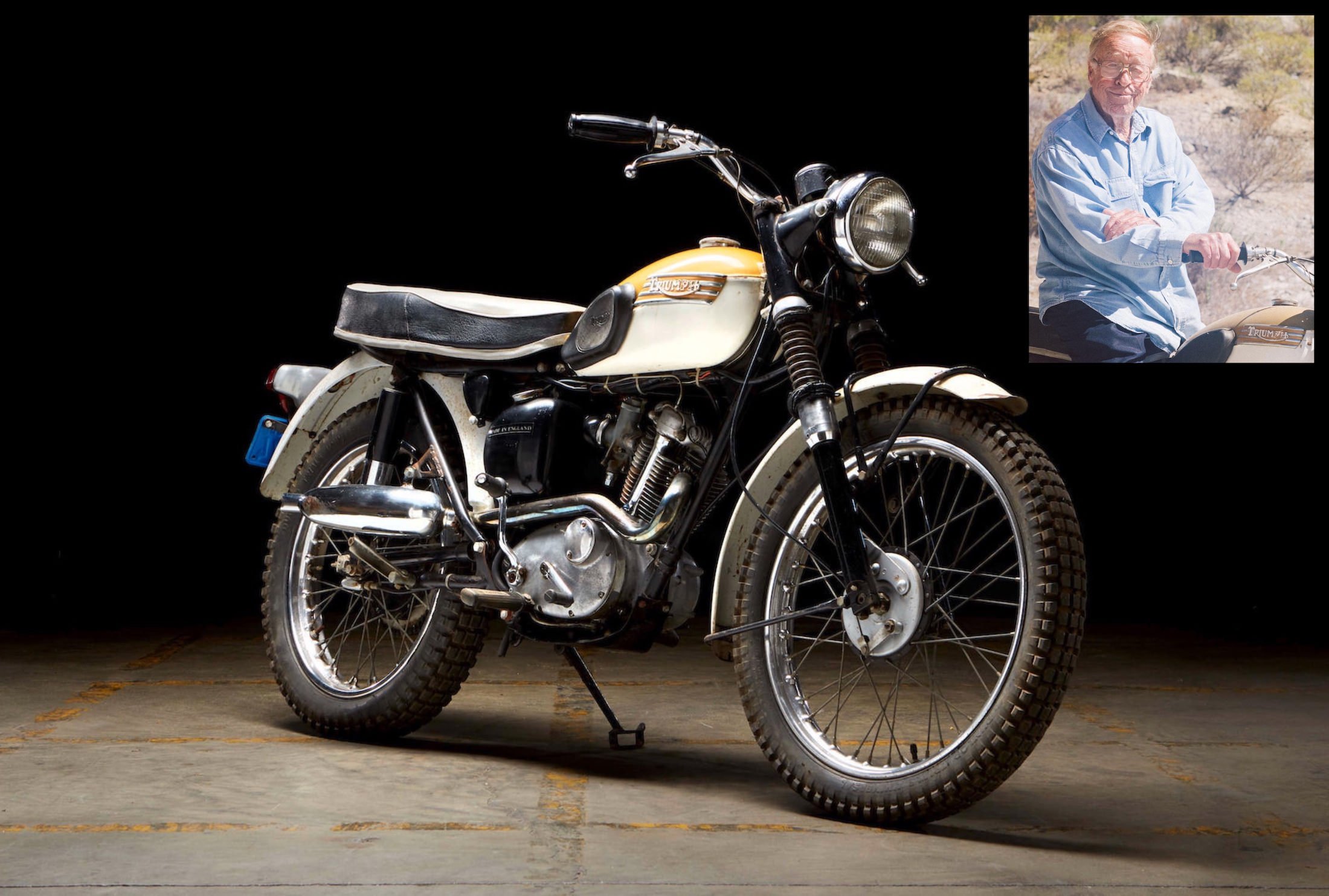