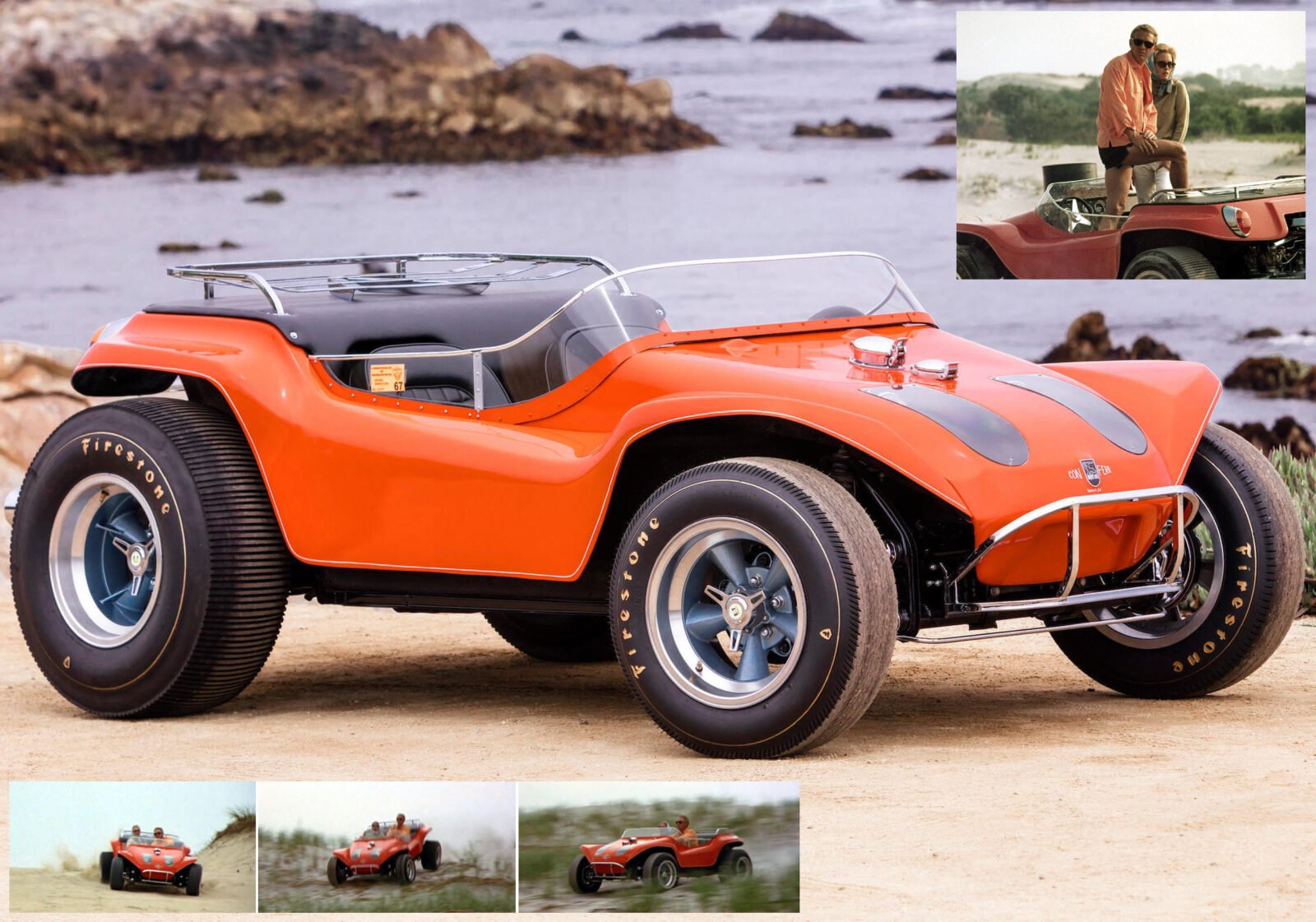 The Meyers Manx dune buggy driven by Steve McQueen in the Thomas Crown Affair is undeniably one of the most famous screen cars of its era. It’s due to come up for open auction with Bonhams in a few weeks time and it’s almost certainly going to become the most valuable Meyers Manx beach buggy in history.

Steve McQueen is one of the best-known petrol head actors of the 20th century, alongside other screen icons like Paul Newman, James Brolin, and James Garner.

It isn’t common knowledge that McQueen was personally involved in the process of building the custom Meyers Manx that was used in the film. He enlisted the help of Pete Condos of Con-Ferr who had previously worked with McQueen to build his custom Jeep.

The two men laid out a specification sheet for an exceptionally fast beach buggy that a millionaire like the fictional character Thomas Crown would drive. 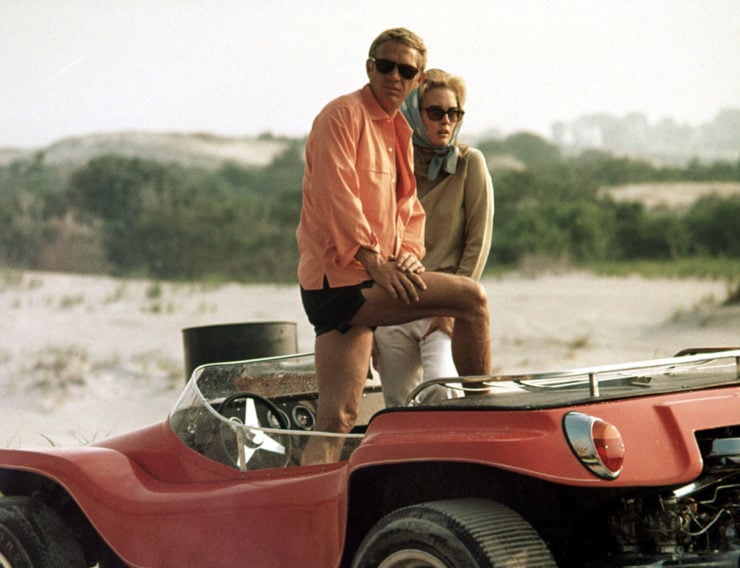 If you look closely on either side of the Meyers Manx logo on the front of the car, you’ll see “Con Ferr” added to either side as a hat tip to the work done by Pete and his team in California.

In a “making of” documentary about The Thomas Crown Affair McQueen said: “Crown lives at the beach and he has a dune buggy. I helped them design it, so I’m kinda proud of that. It’s set on a Volkswagen chassis with big ol’ wide weenies – big wide tires on mag wheels, Corvair engine stuffed in the back…It’s very light, you know (because of the fiberglass body). It’s pulling about 230 horses and weighs about a thousand pounds.”

With 230 bhp pushing just 1,000 lbs the Thomas Crown Affair beach buggy must have been a genuine handful to drive, to put that power to weight ratio into context, the Lamborghini Miura (P400S) from 1968 produced 365 bhp and it weighed in at a little under 3,000 lbs.

Fortunately, McQueen was likely the most experienced performance driver from the A-list movie stars of the time, he had just finished filming the most famous car chase scene in history for the 1968 film Bullitt where his Ford Mustang hit over 100 mph on the tight, hilly streets of San Francisco. Although he did share some of the driving duties with a stunt driver during Bullitt due to insurance company restrictions, he did 100% of the driving in The Thomas Crown Affair.

Interestingly, McQueen wasn’t the first choice to play Thomas Crown. The studio had been hoping to get Sean Connery to play the role but he turned it down after reading the script, a decision he later said he regretted. The James Bond connection wouldn’t end there however as decades later Pierce Brosnan, the then-current James Bond, was offered the role for the remake and he accepted.

Meyers Manx beach buggies are characters unto themselves, they were famously designed by Bruce Meyers back in the 1960s using a strong fibreglass tub mounted to a shortened Beetle floorpan. The combination was a work of genius and copycats began to spring up coast to coat selling cheap Manx copies, this drove the original company into bankruptcy but all was not lost. Many years later Bruce would return to restart his company, and today it’s once again possible to order yourself either an authentic Meyers Manx kit or a turn key car directly from Bruce Meyers and his legendary company.

The Thomas Crown Affair Meyers Manx is due to roll across the auction block with Bonhams on the 5th of March 2020. There’s currently no estimate attached to the lot, and it’s going to be fascinating to see what it sells for. If you’d like to read more or register to bid you can click here to visit the listing. 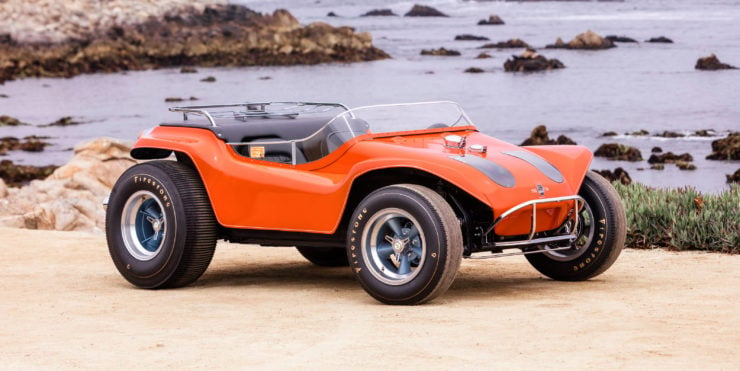 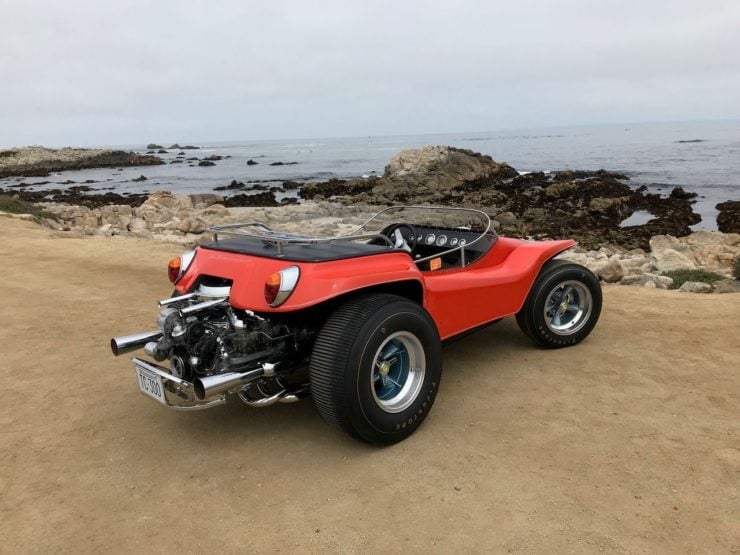 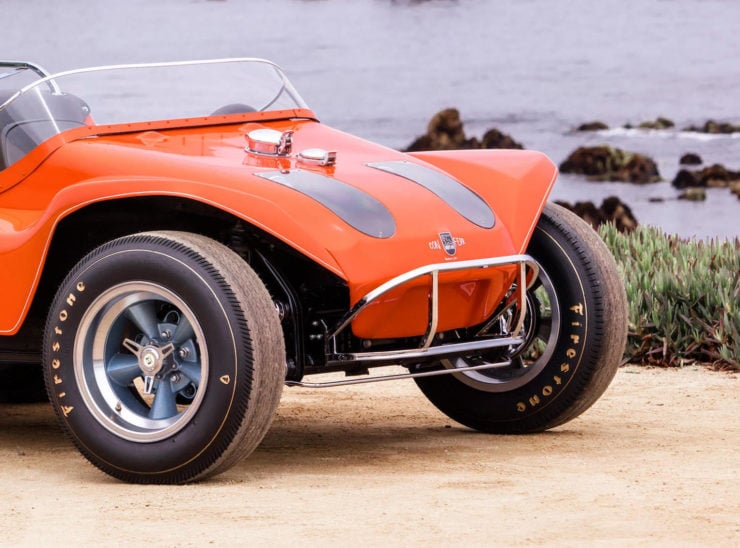 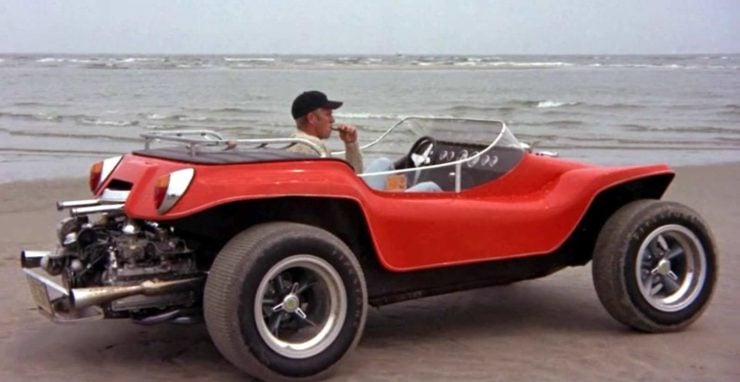 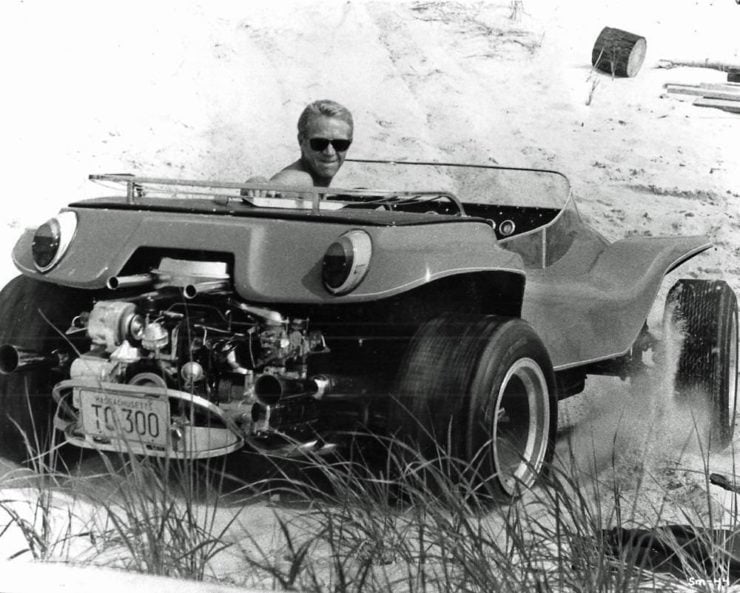 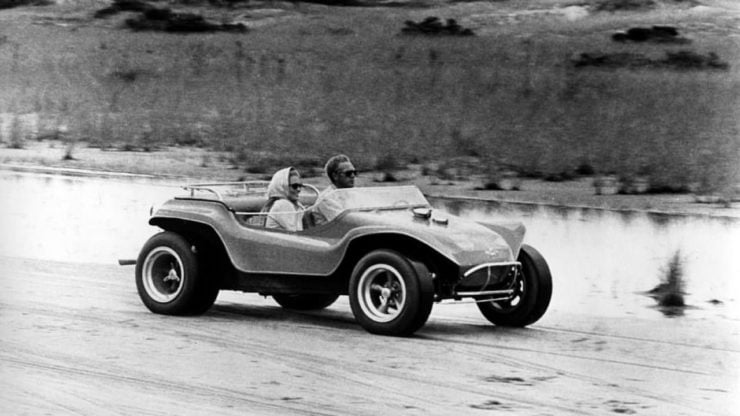 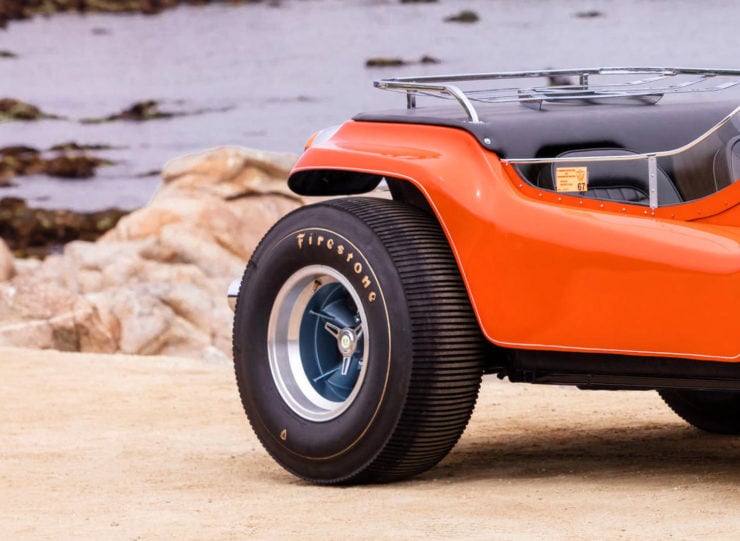 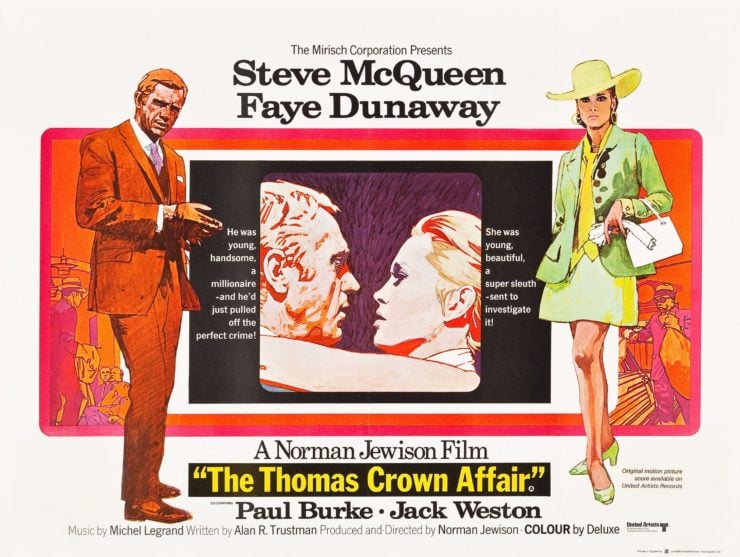 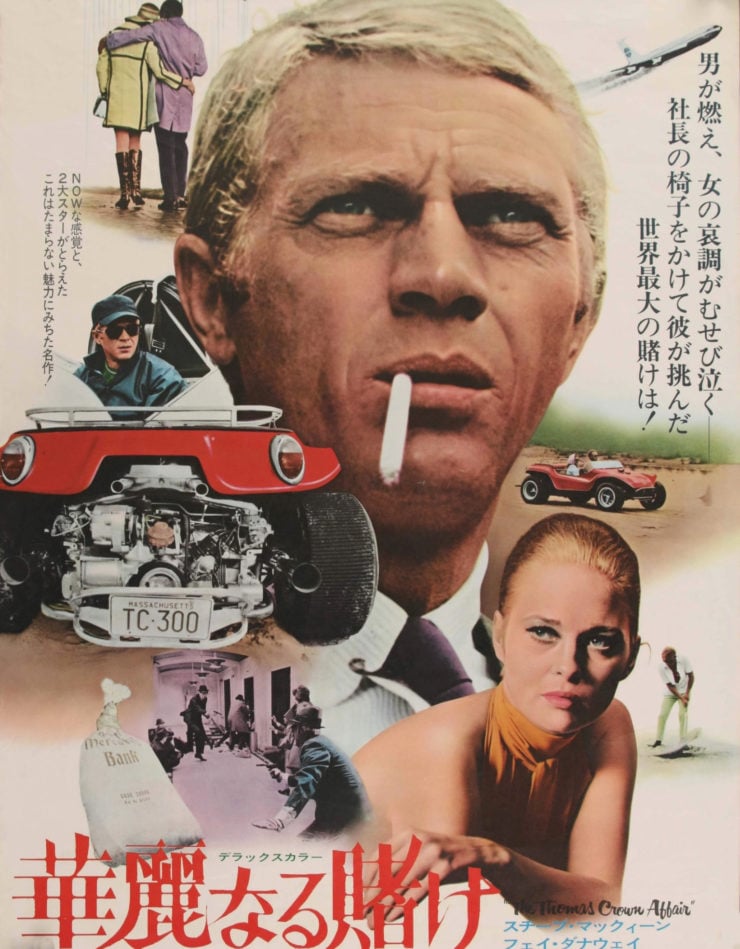 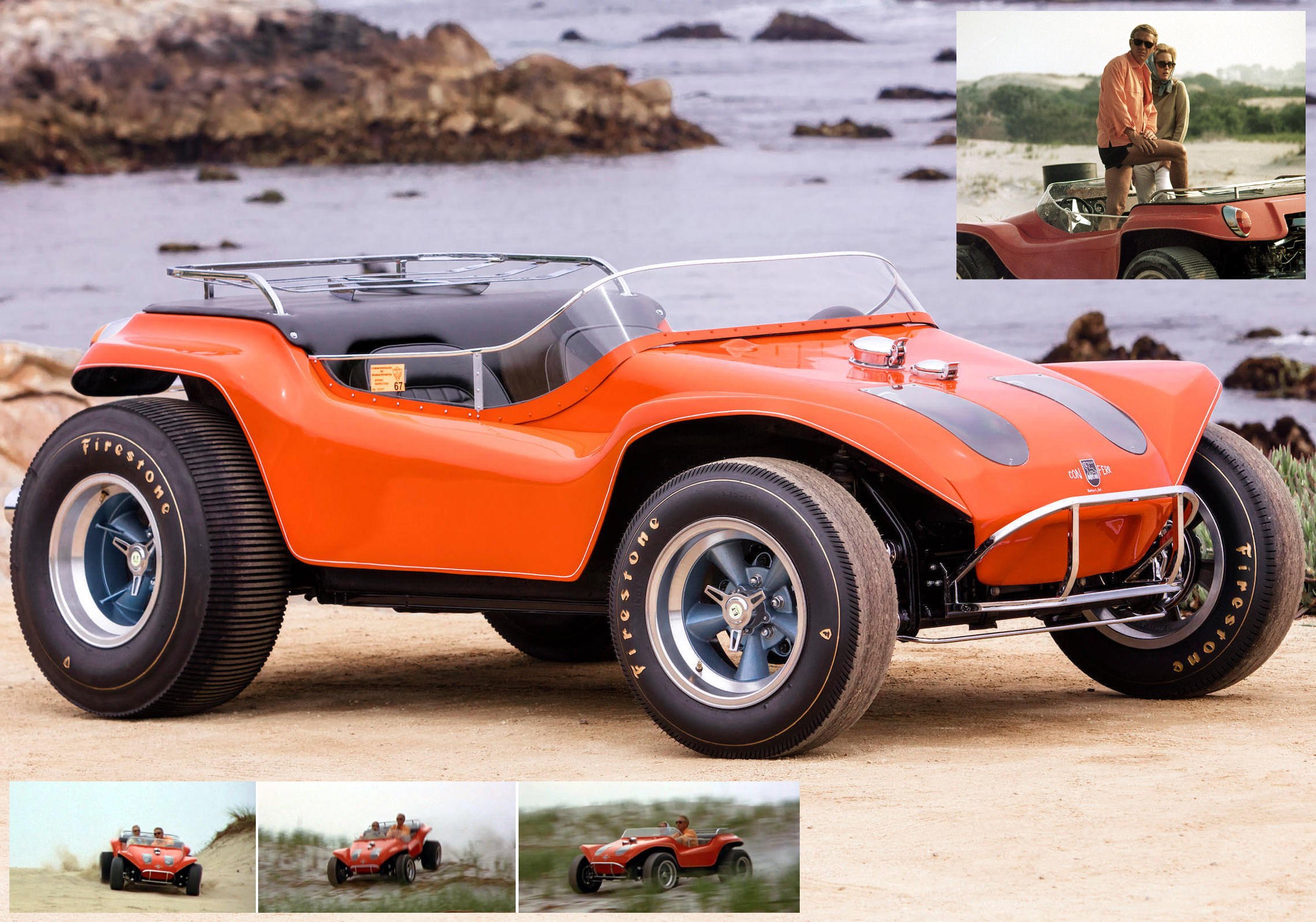