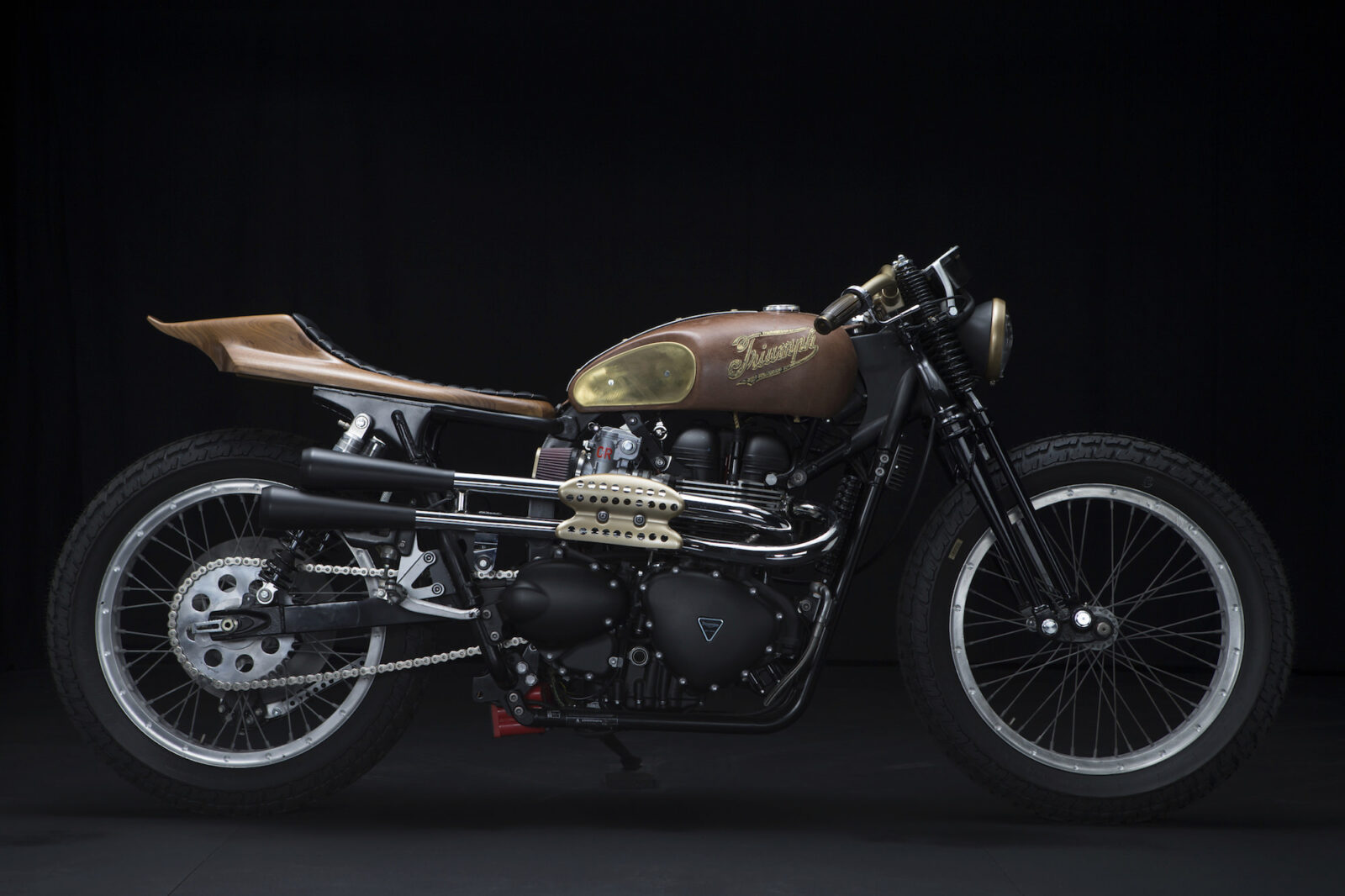 Sarah is a person you may have heard of previously, she was one of Chicago’s first female golden gloves boxing champions before going on to become one of the most highly qualified motorcycle instructors in the United States. The US Military now flies her around the country to train their instructors, after it was discovered that more motorcycle-based military personnel were dying in motorcycle accidents at home than in service overseas.

When Sarah isn’t flying around teaching people how to keep the shiny bits up and the rubber bits down, she takes part in suitably exotic pastimes like heading to the salt flats of Bonneville and travelling 142mph on a modified Triumph Rocket III Roadster – an experience that many of us would dearly love to try, been though it would probably result in our coming to a sticky and abrupt end. 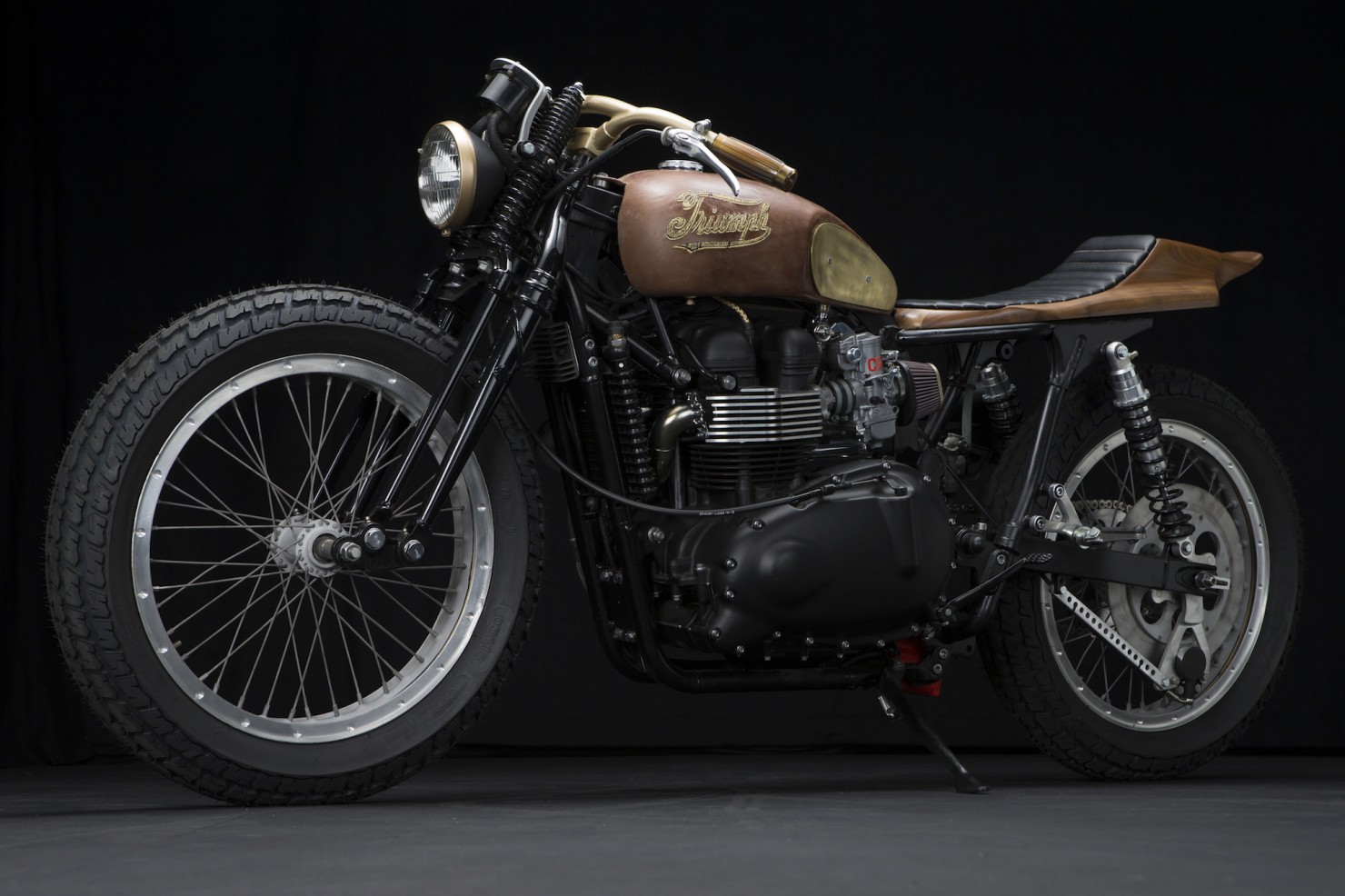 Sarah had been toying with the idea of stepping into the custom-space for a while and her friendship with Yoshi Kosaka of Garage Company allowed her to move forward with her idea of a distinctive Triumph-based flat tracker with some genuinely unique touches. The choice of hand carved wood for the tail section was gutsy, but it works well with that leather-clad fuel tank and steampunk-esque brass fittings on the top and side of the tank, as well as the leg protector on the exhaust. 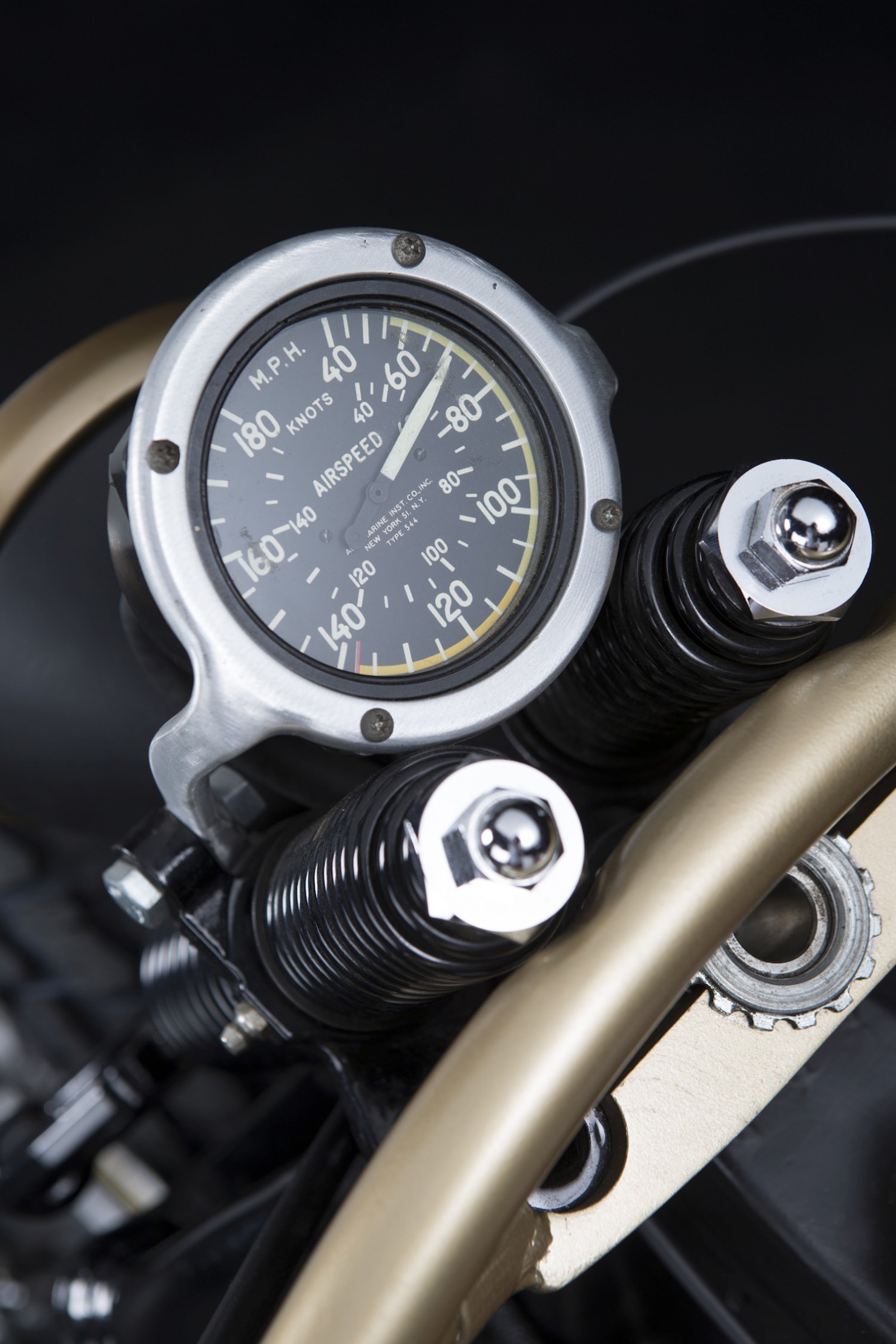 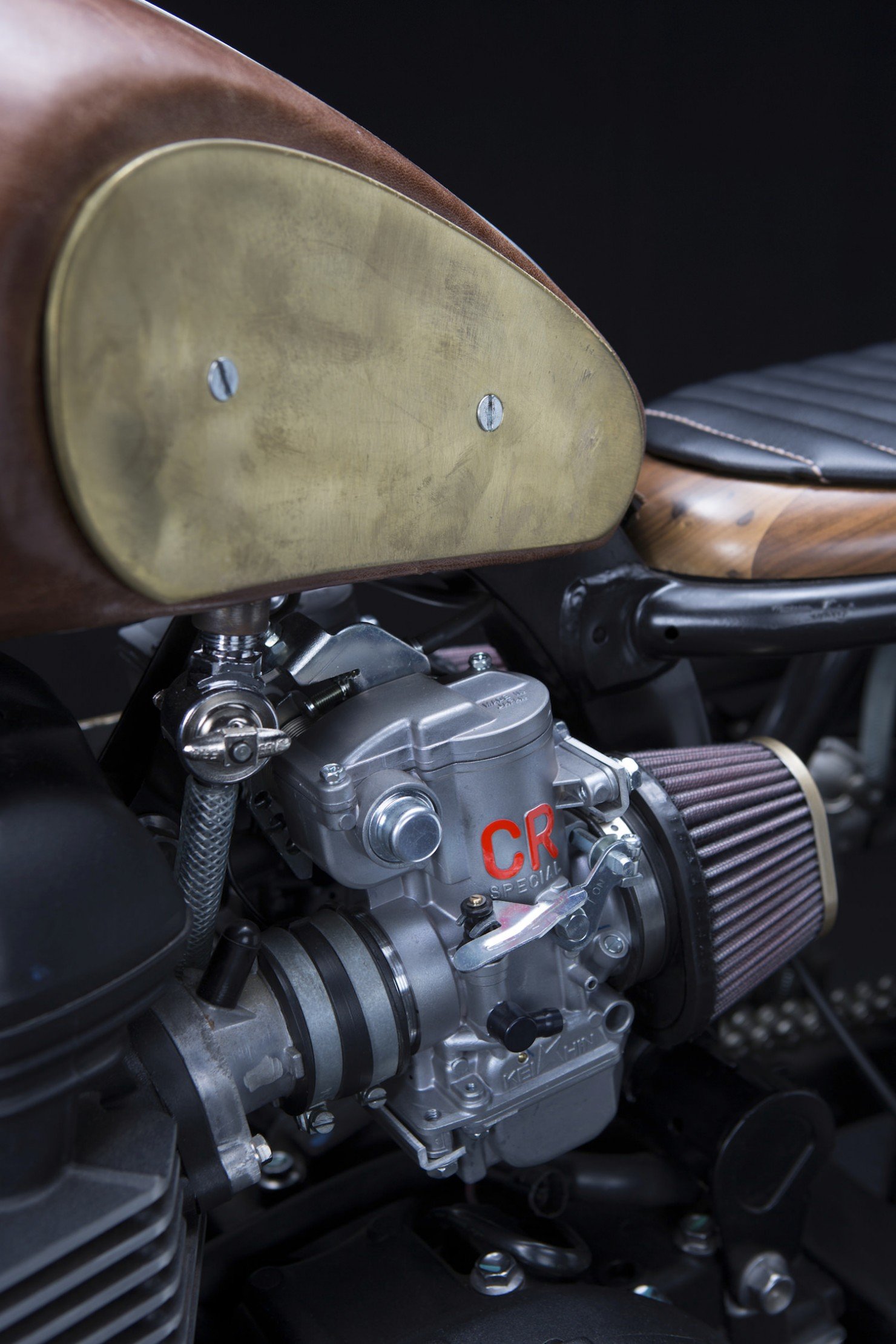 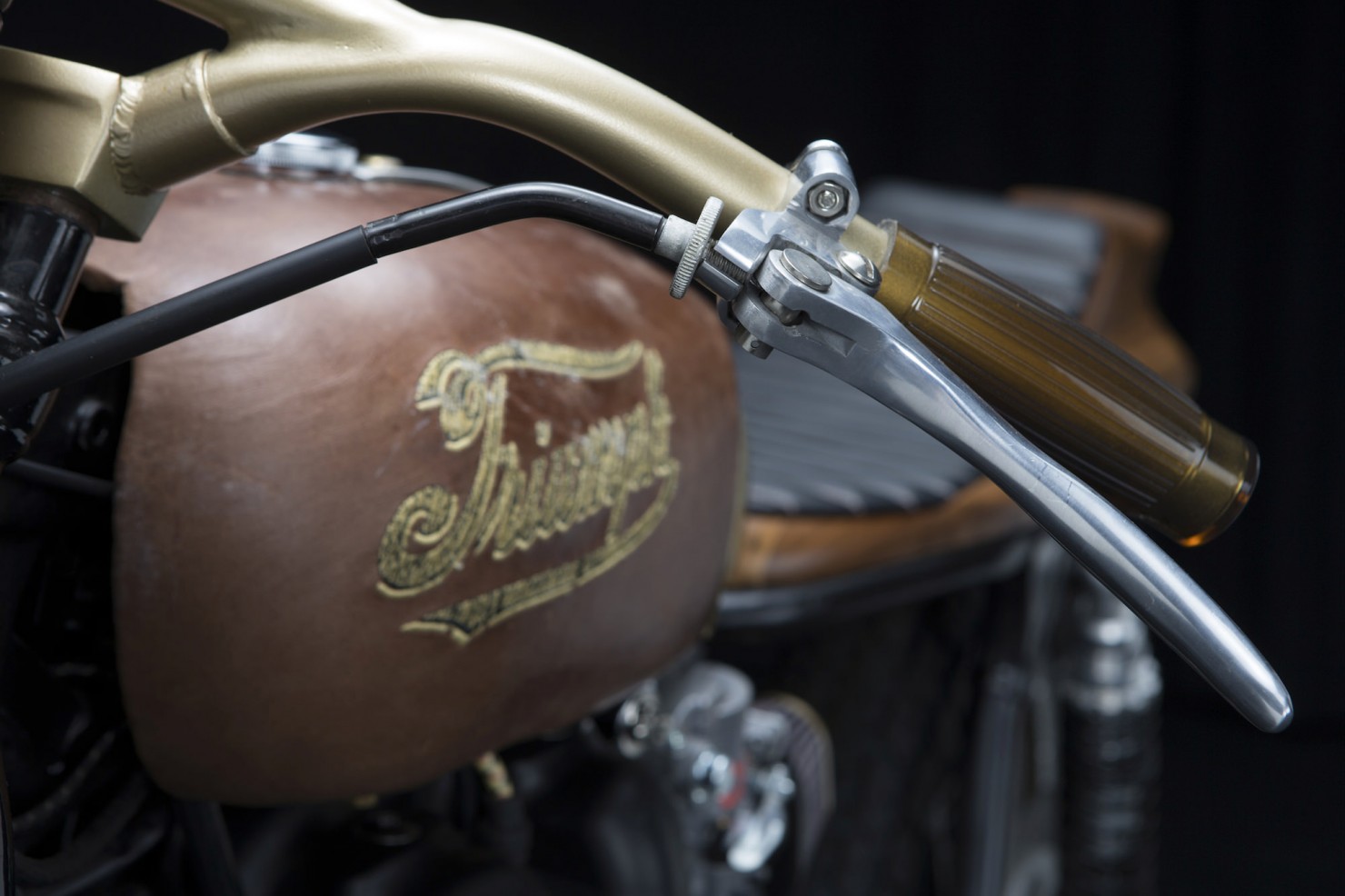 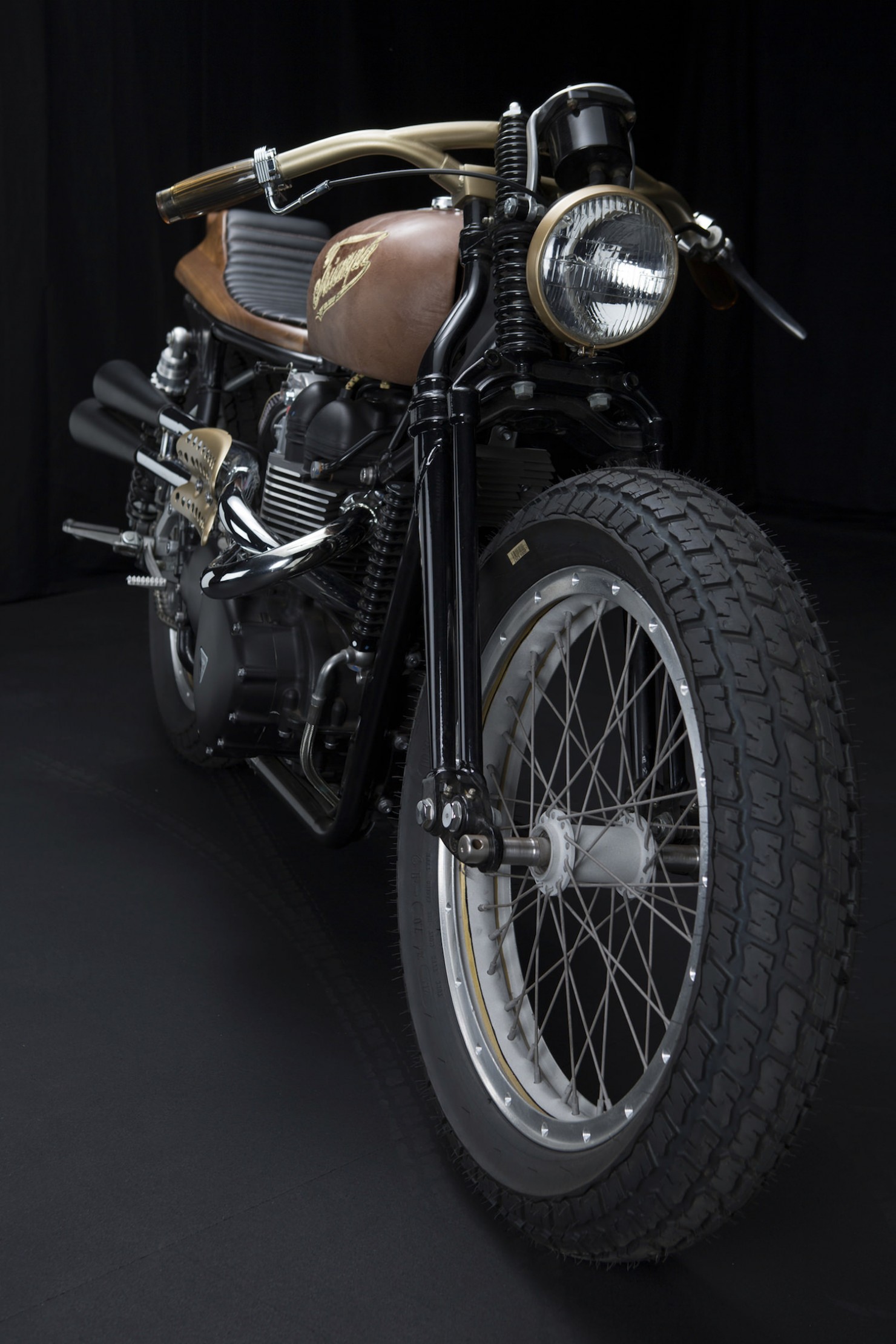 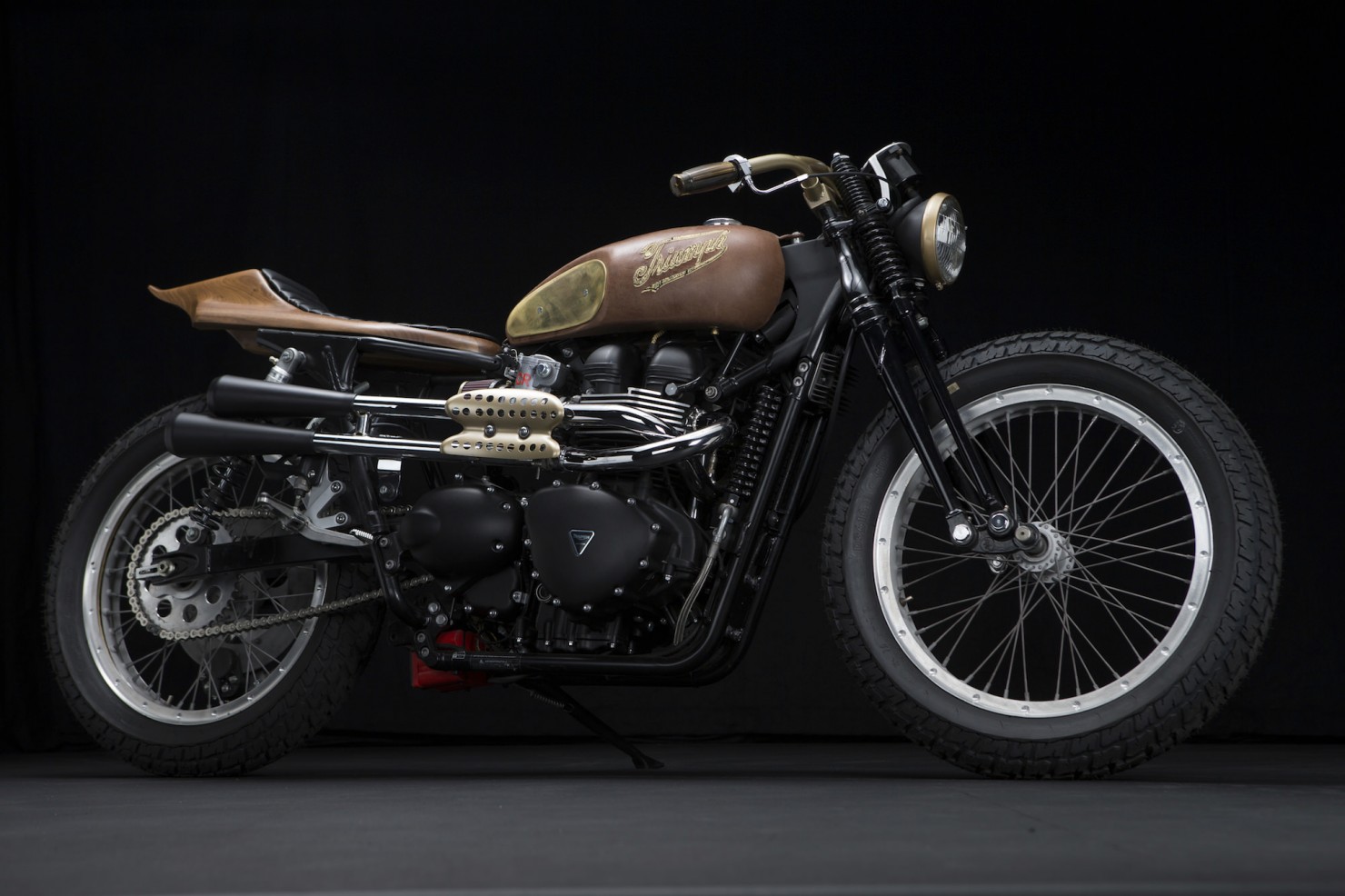 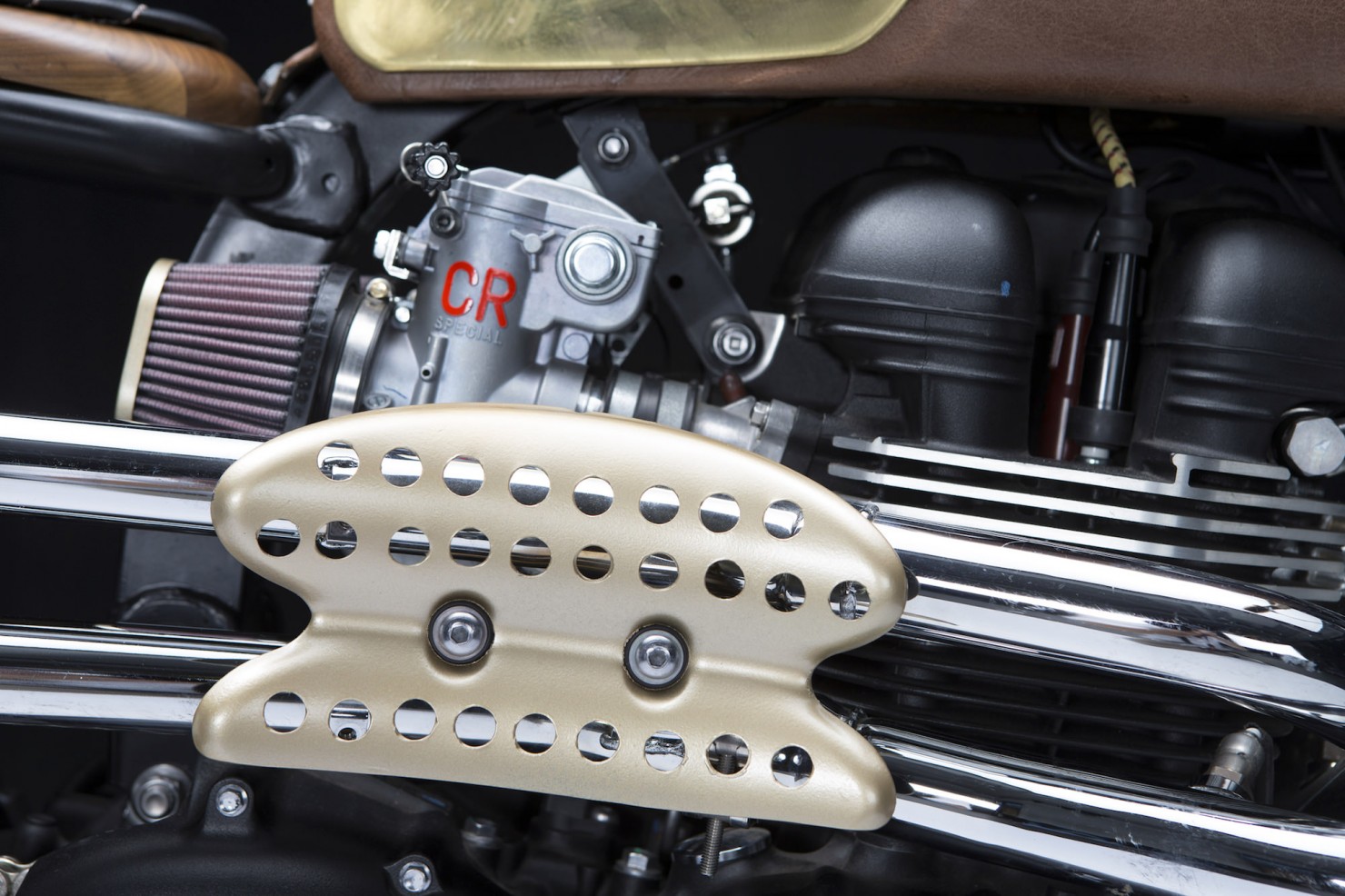 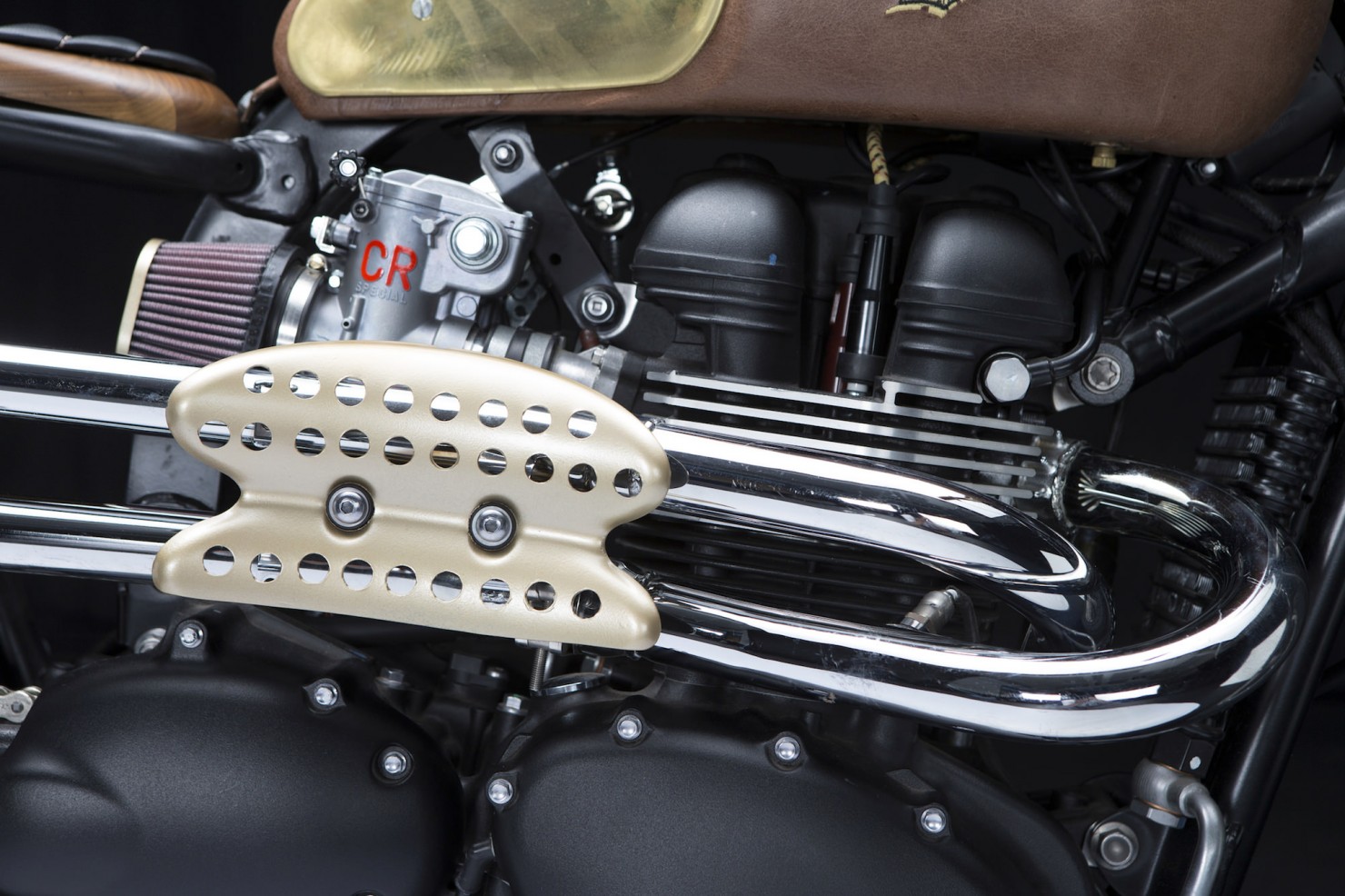 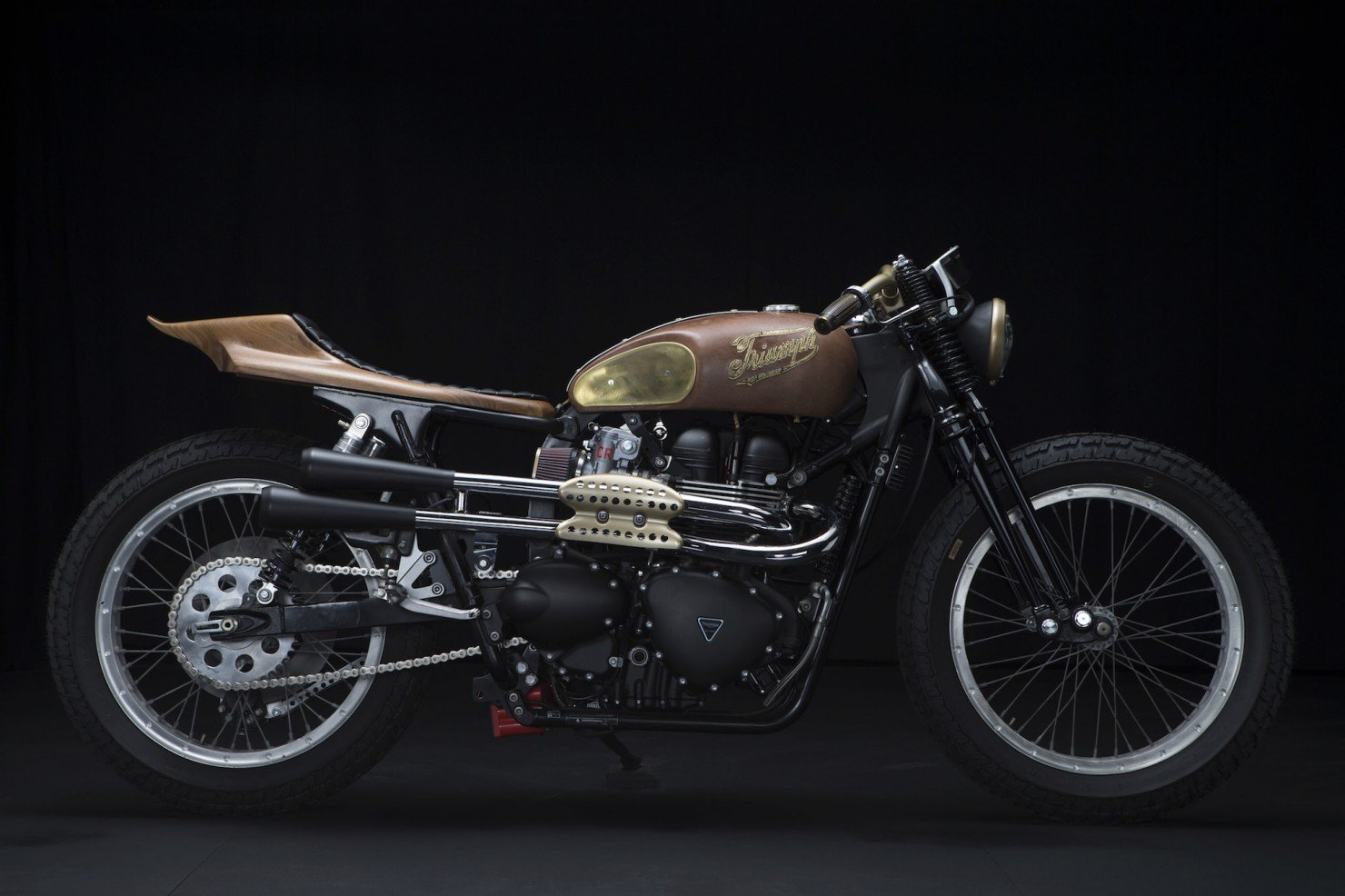 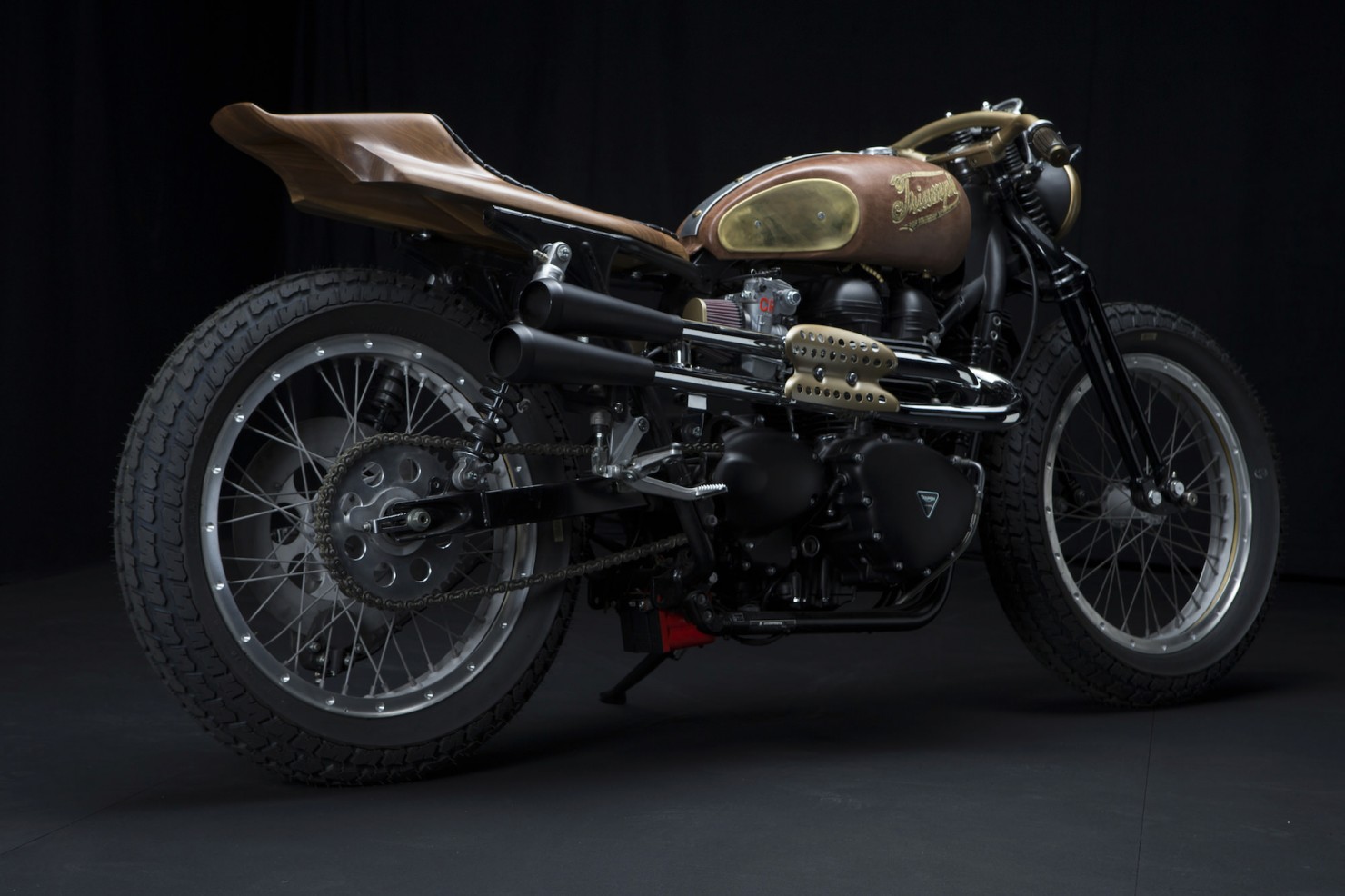 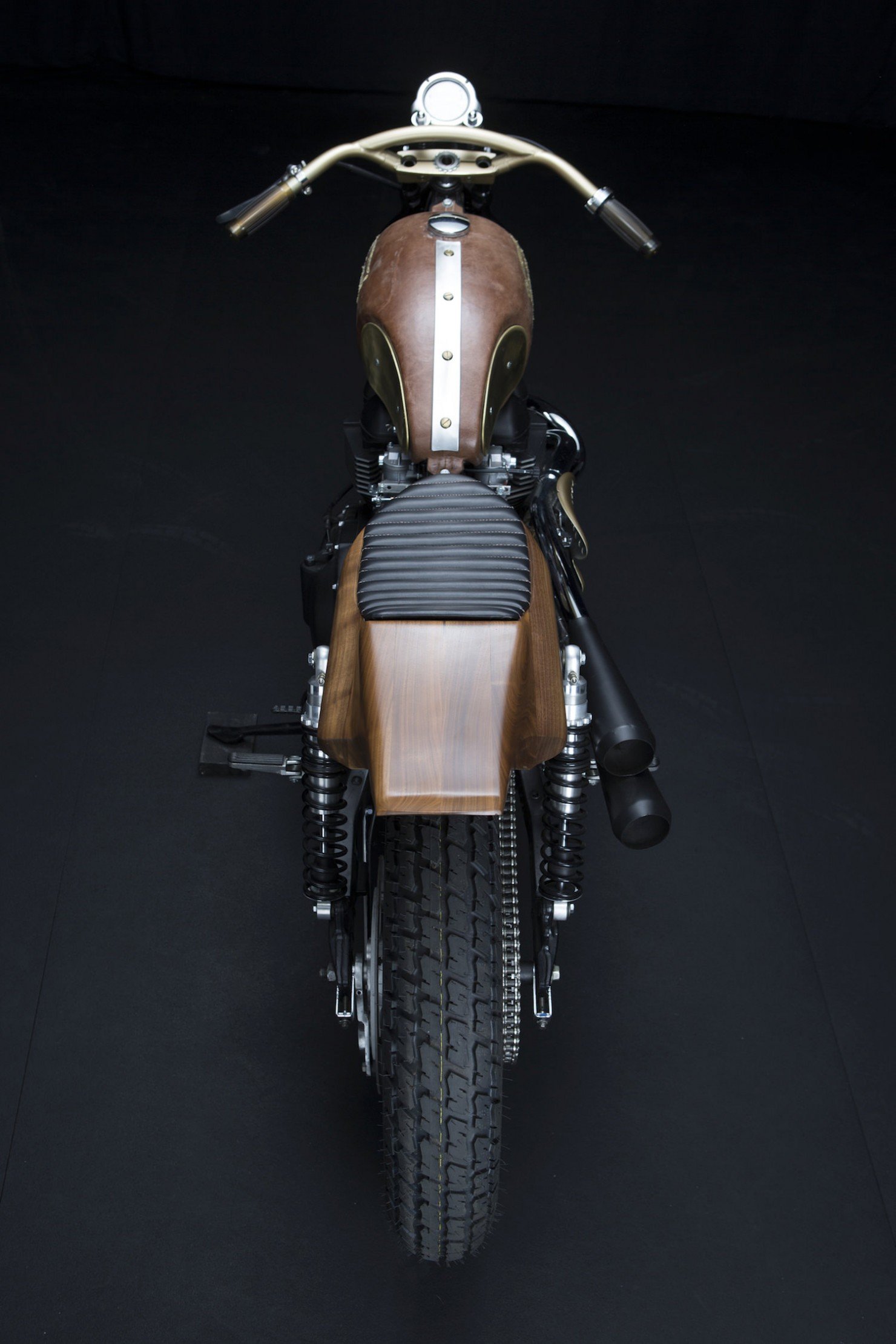 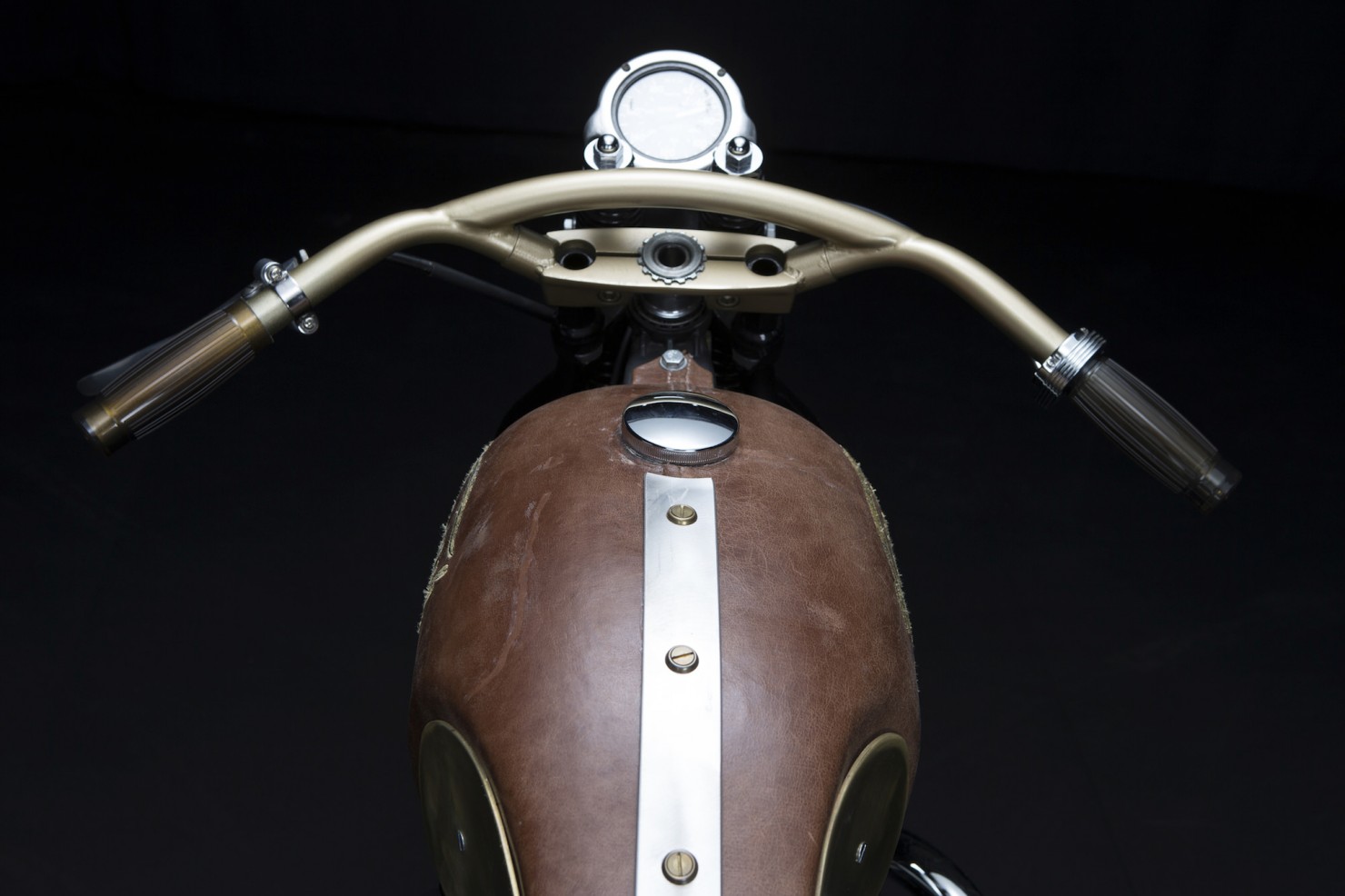 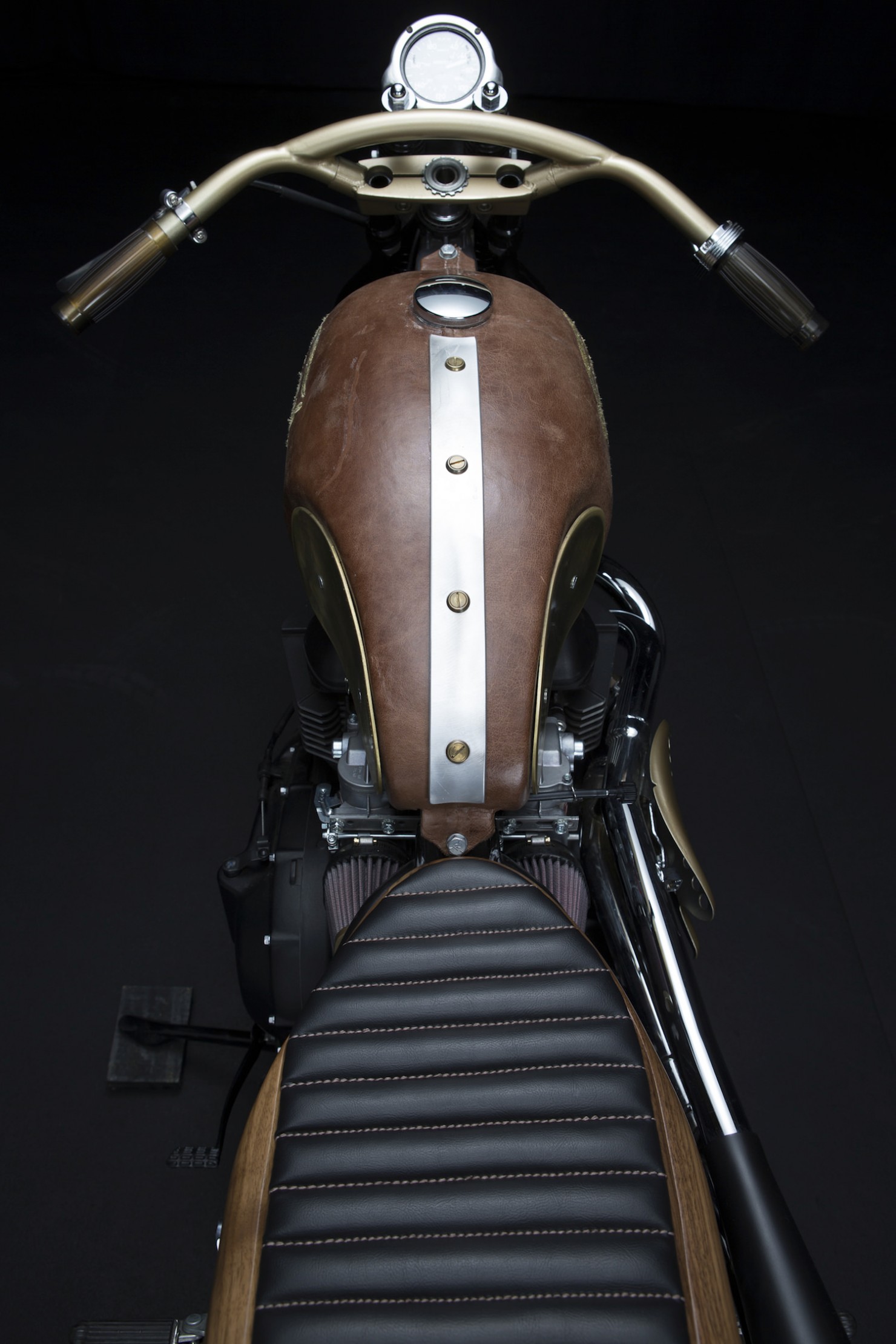 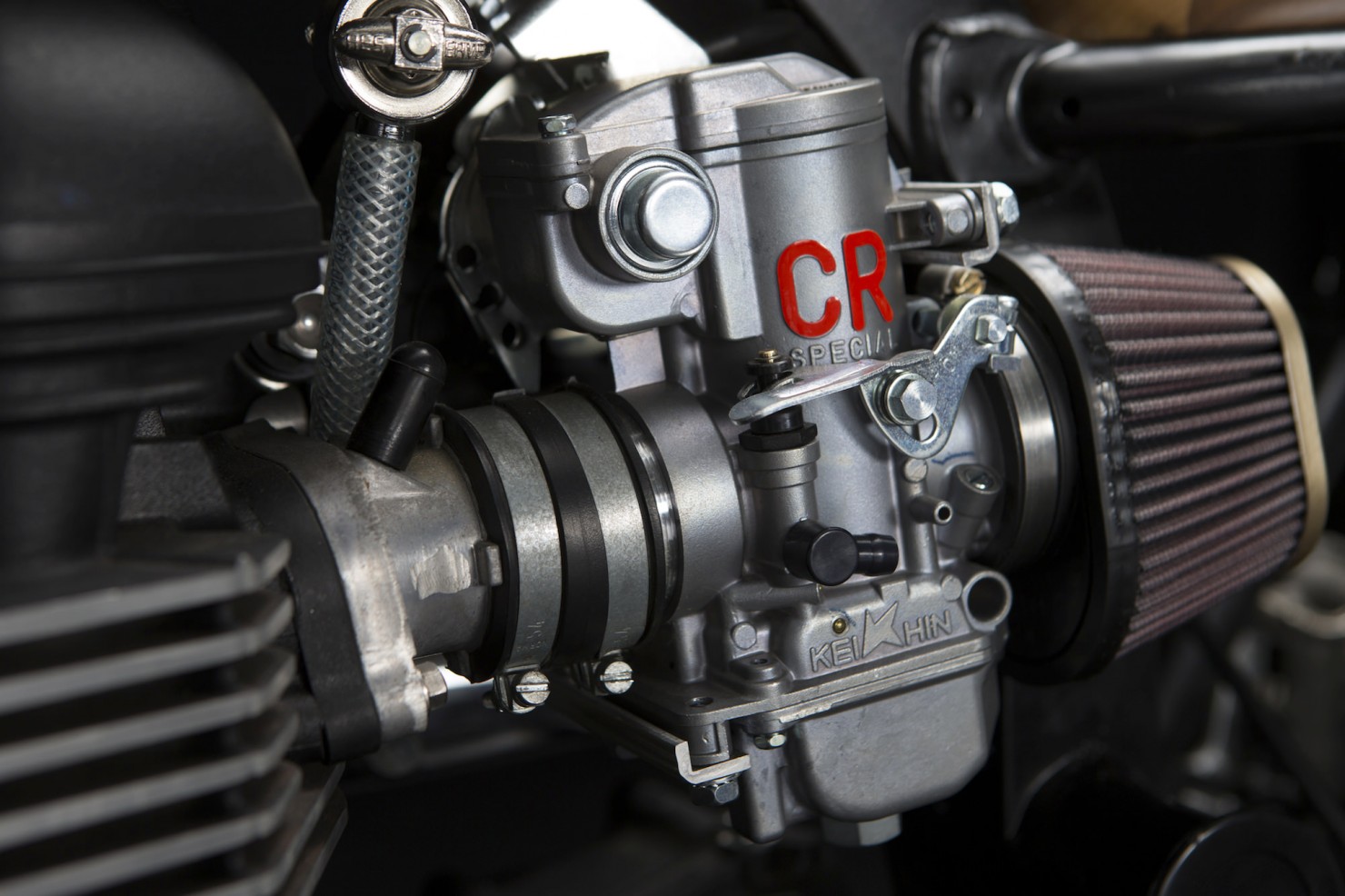 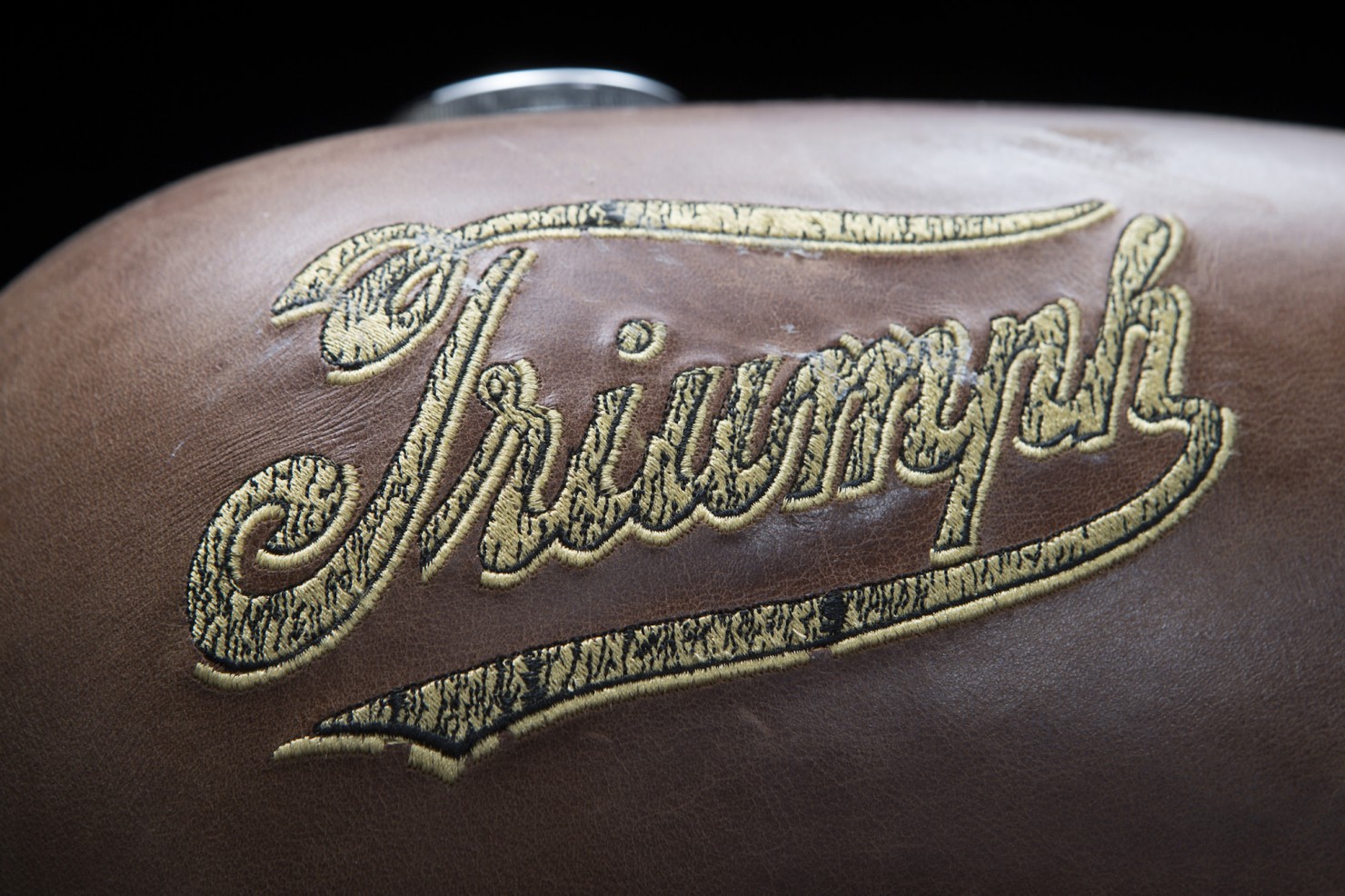 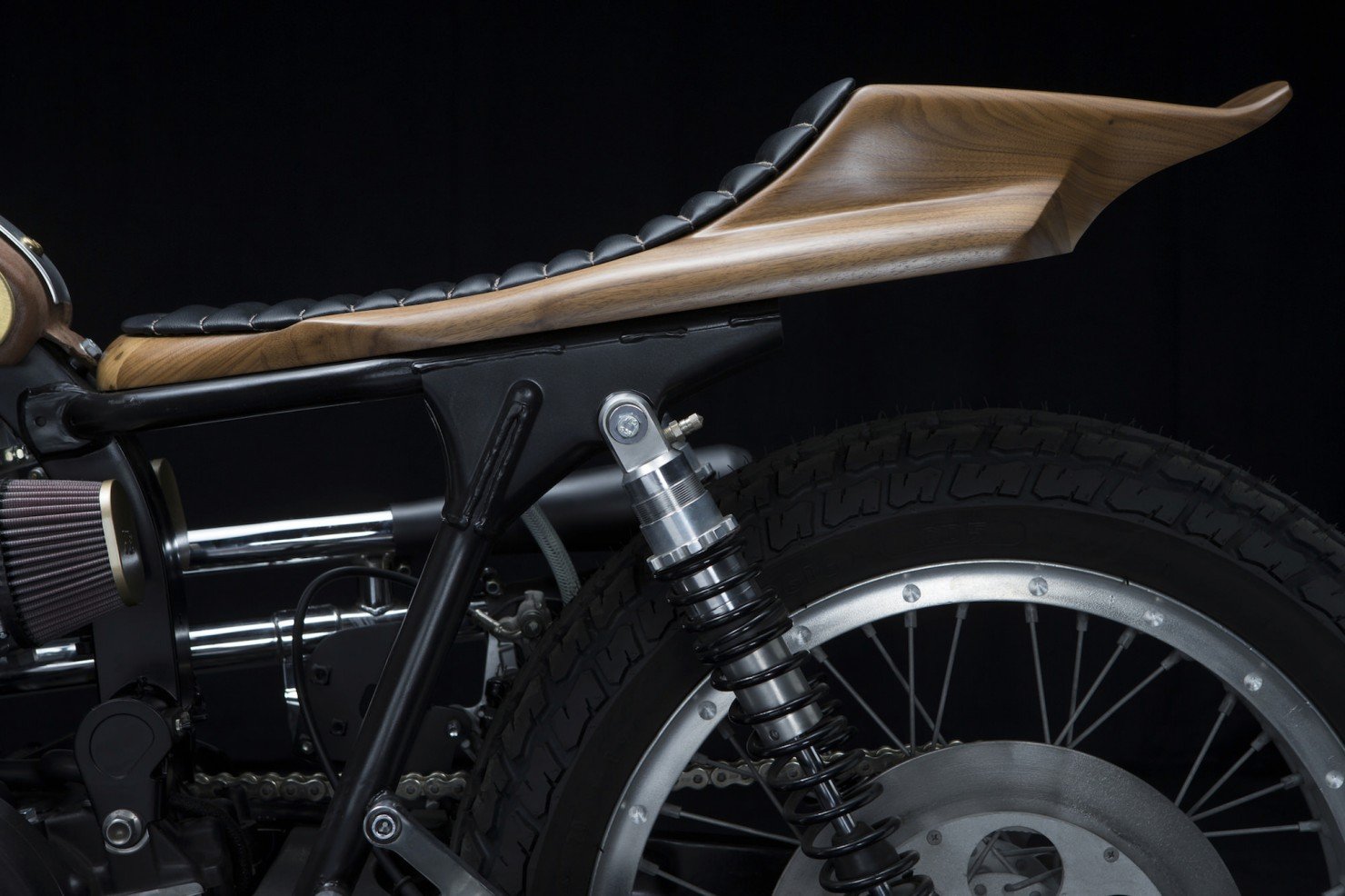 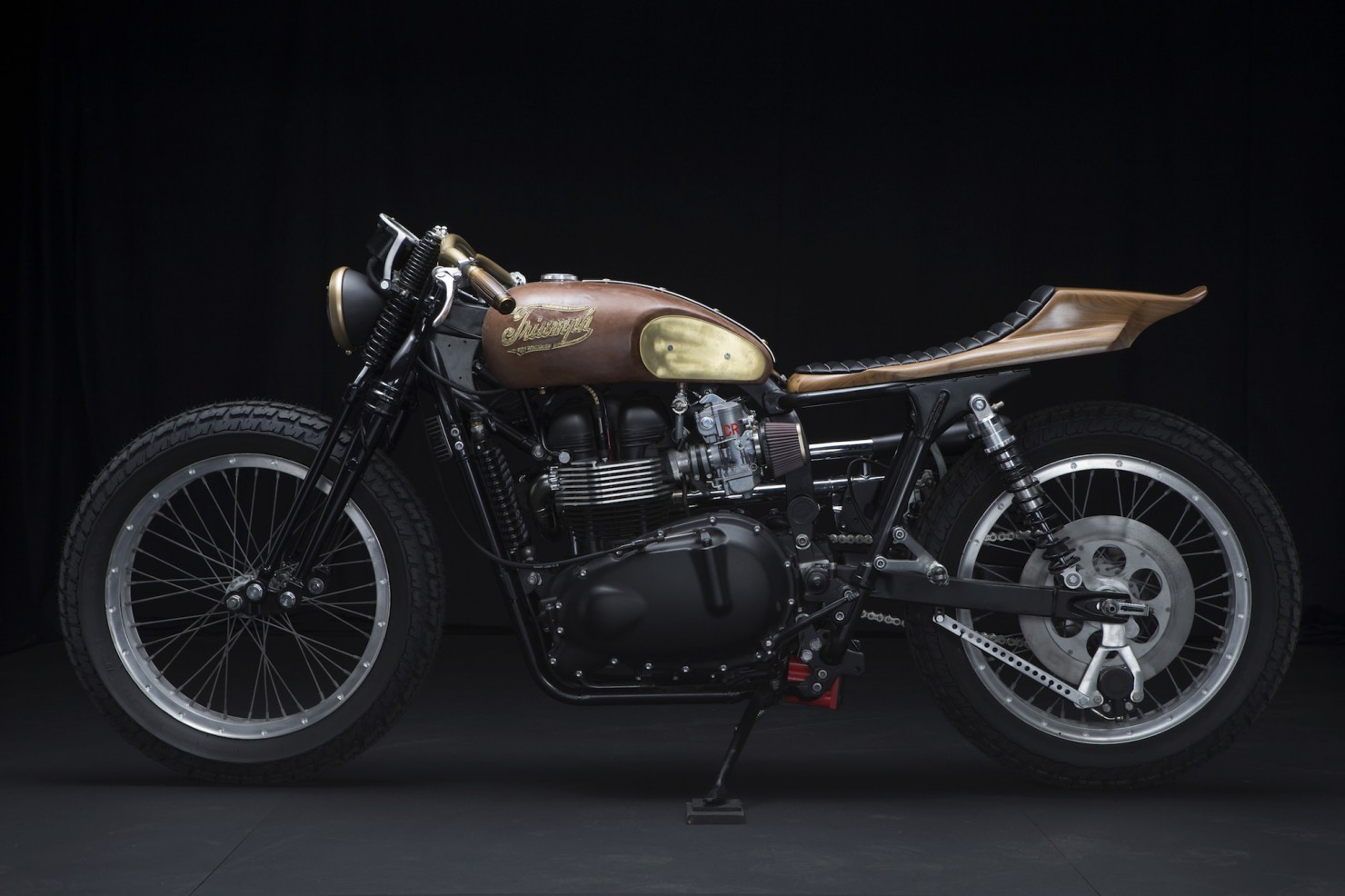 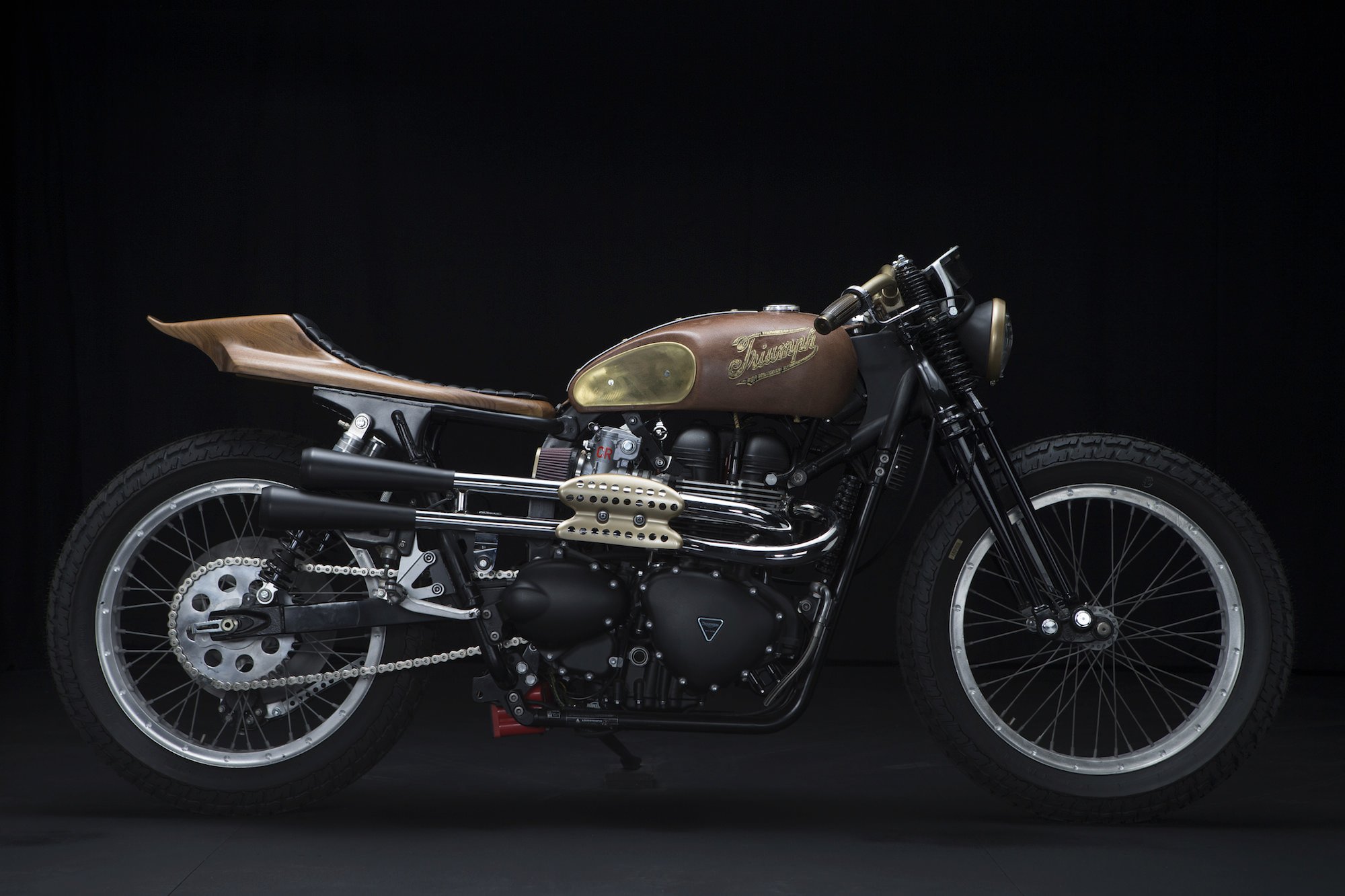