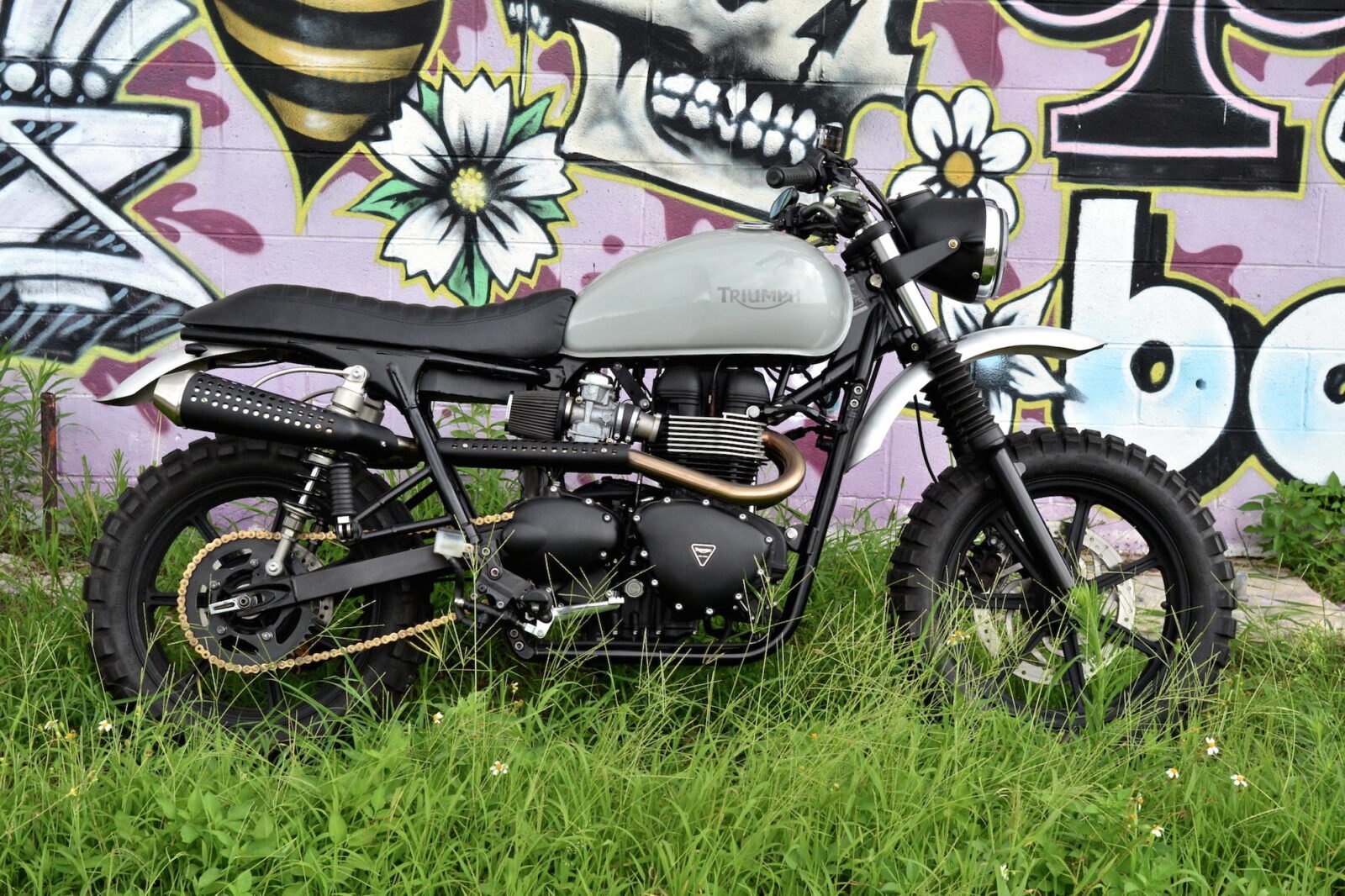 The Transportation Revolution New Orleans (TTRNO) is a motorcycle dealership and custom bike garage based in New Orleans that, like most things from The Big Easy, prides itself on doing things a little differently.

When it came time to customise a Triumph the team chose a stock Bonneville SE and set to work building into a scrambler that could handle the worst that a Louisiana swamp could throw at it – alligators and all.

The build started with a full tear down, the original wiring loom was removed and then rebuilt to make it simpler and allow all the electronics to be moved under the seat. Benjie from the famous Benjie’s Cafe Racers was then tasked with creating the custom exhaust and headlight, fitting the seat and setting up the oil cooler delete – the oil now runs through the frame tubes.

Those almost obscenely knobbly tires are Continental Twinduro TKC80 Dual Sport Tires – they’re well-known for being surprisingly capable on the road, as well as being infallible on the dirt, mud and gravel – making them a perfect tire for a motorcycle like this.

Once the fenders had been fabricated and installed and a pair of rear sets from a Triumph Scrambler had been fitted, the Triumph Swamp Scrambler was complete and ready for action. It’s one of the more extreme Scrambler customs we’ve seen and I have to say, I really like it.

We’re seeing a surge in interest around scramblers, flat trackers and enduros – leading to some genuinely fascinating new motorcycles, all perfect for use now that the weather is warm and the sun is out. 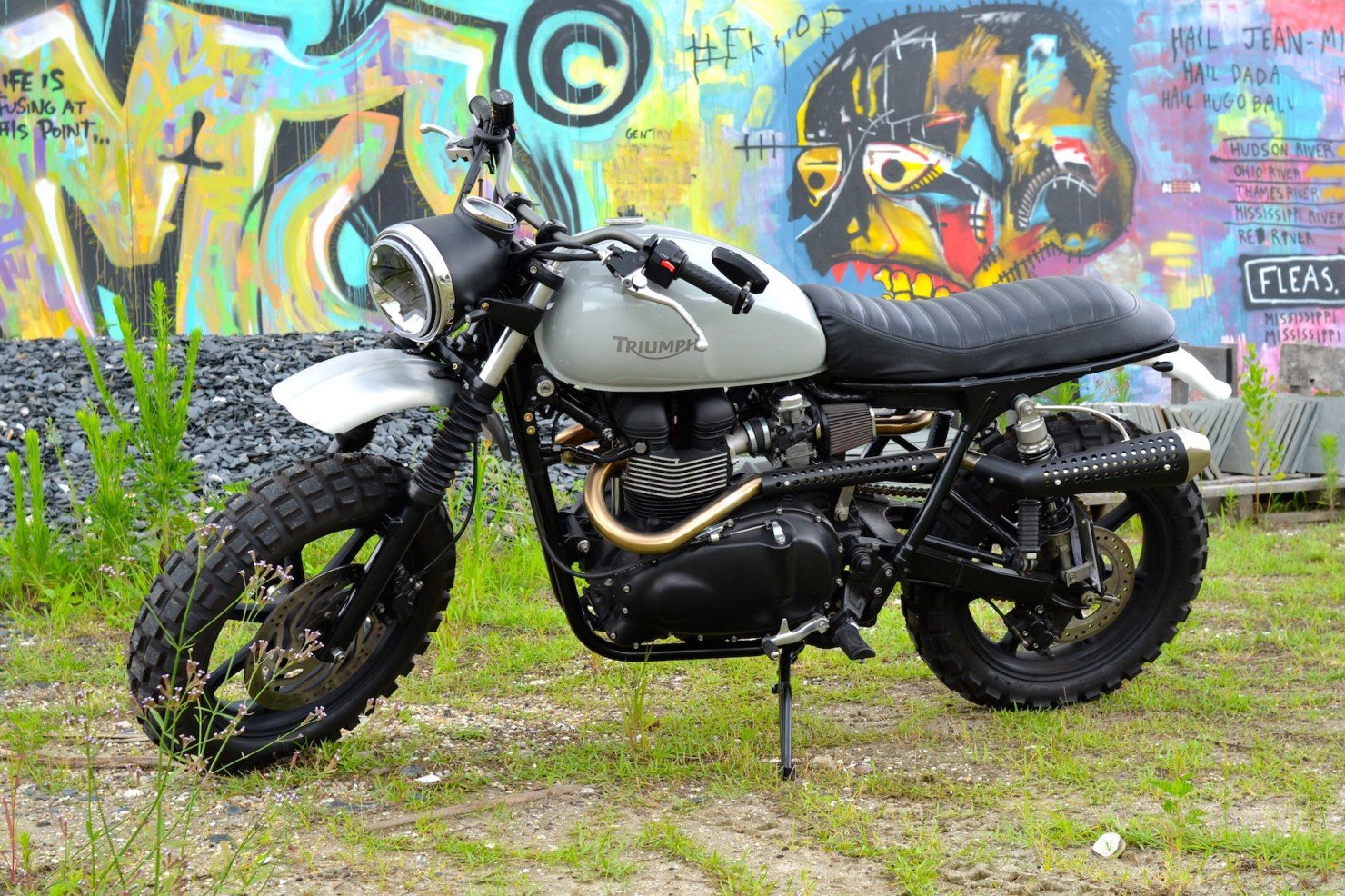 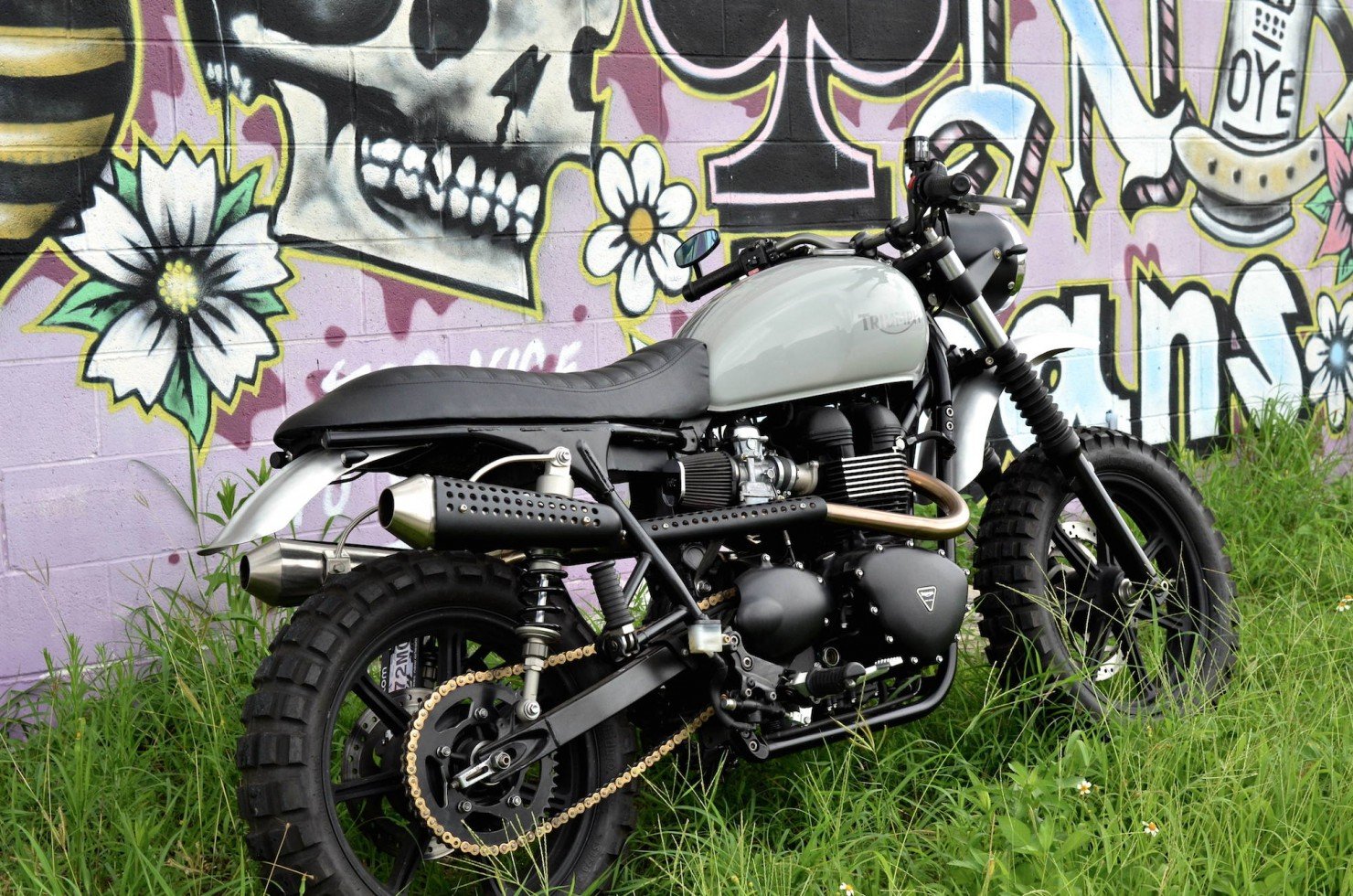 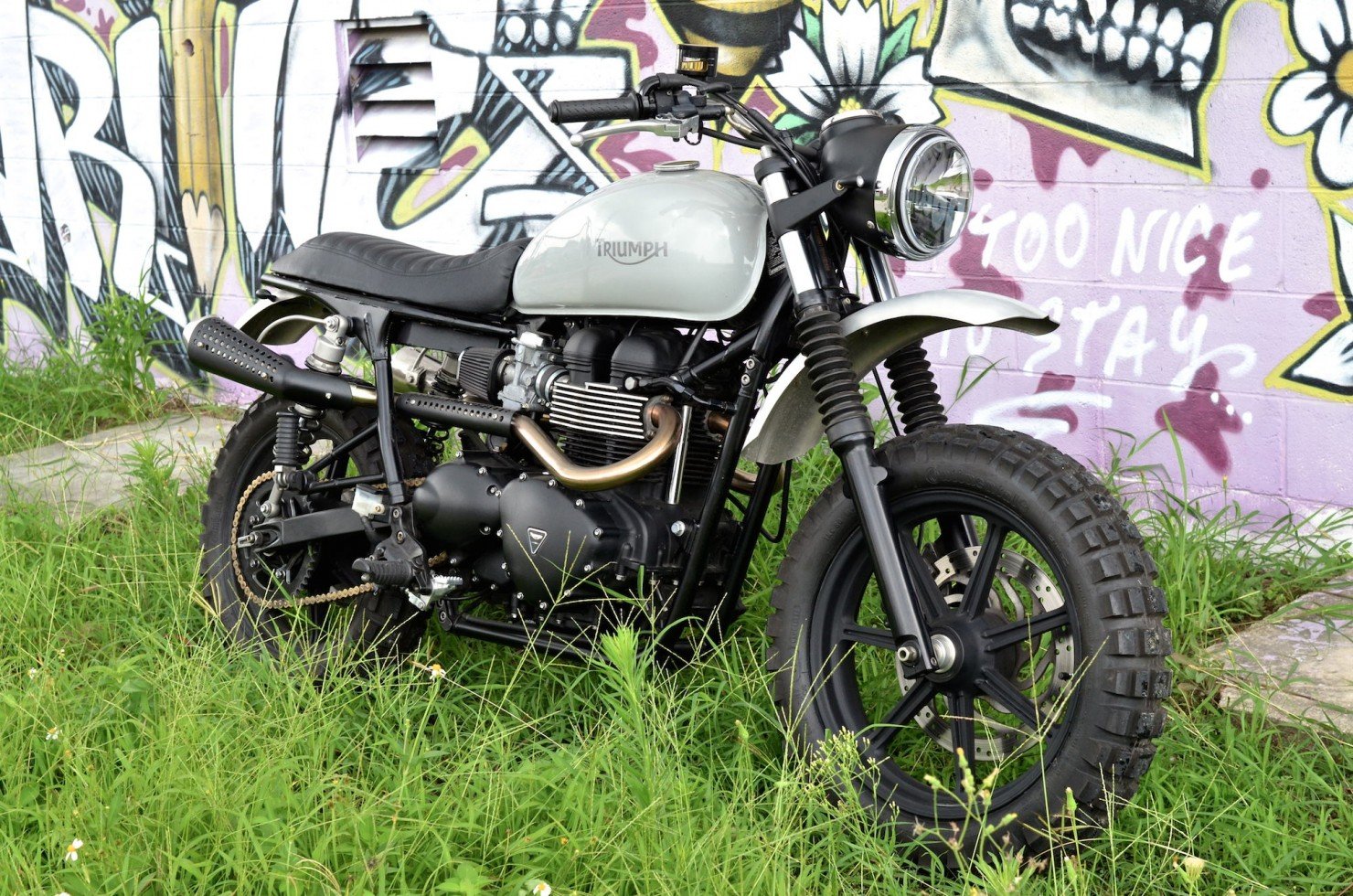 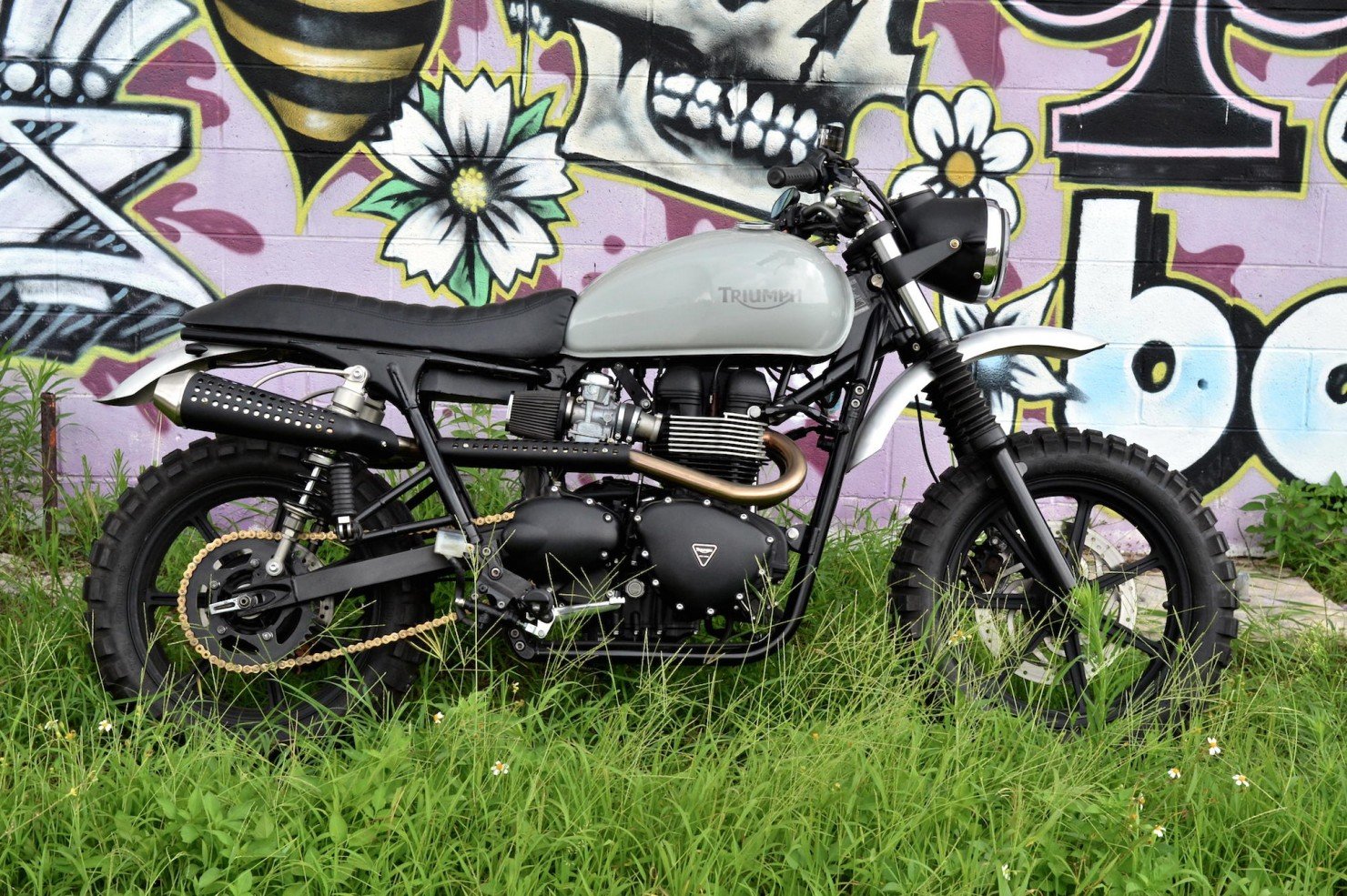 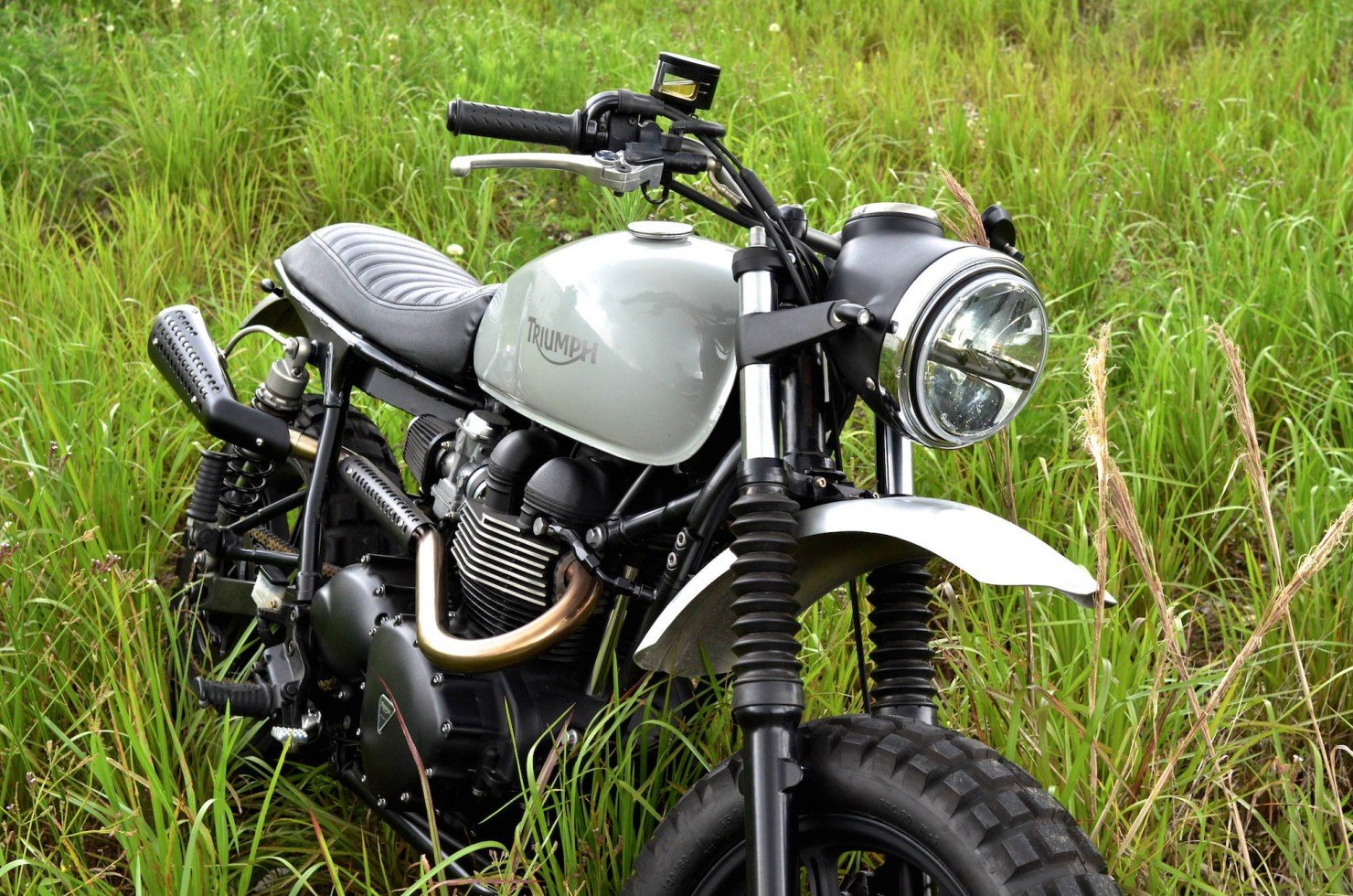 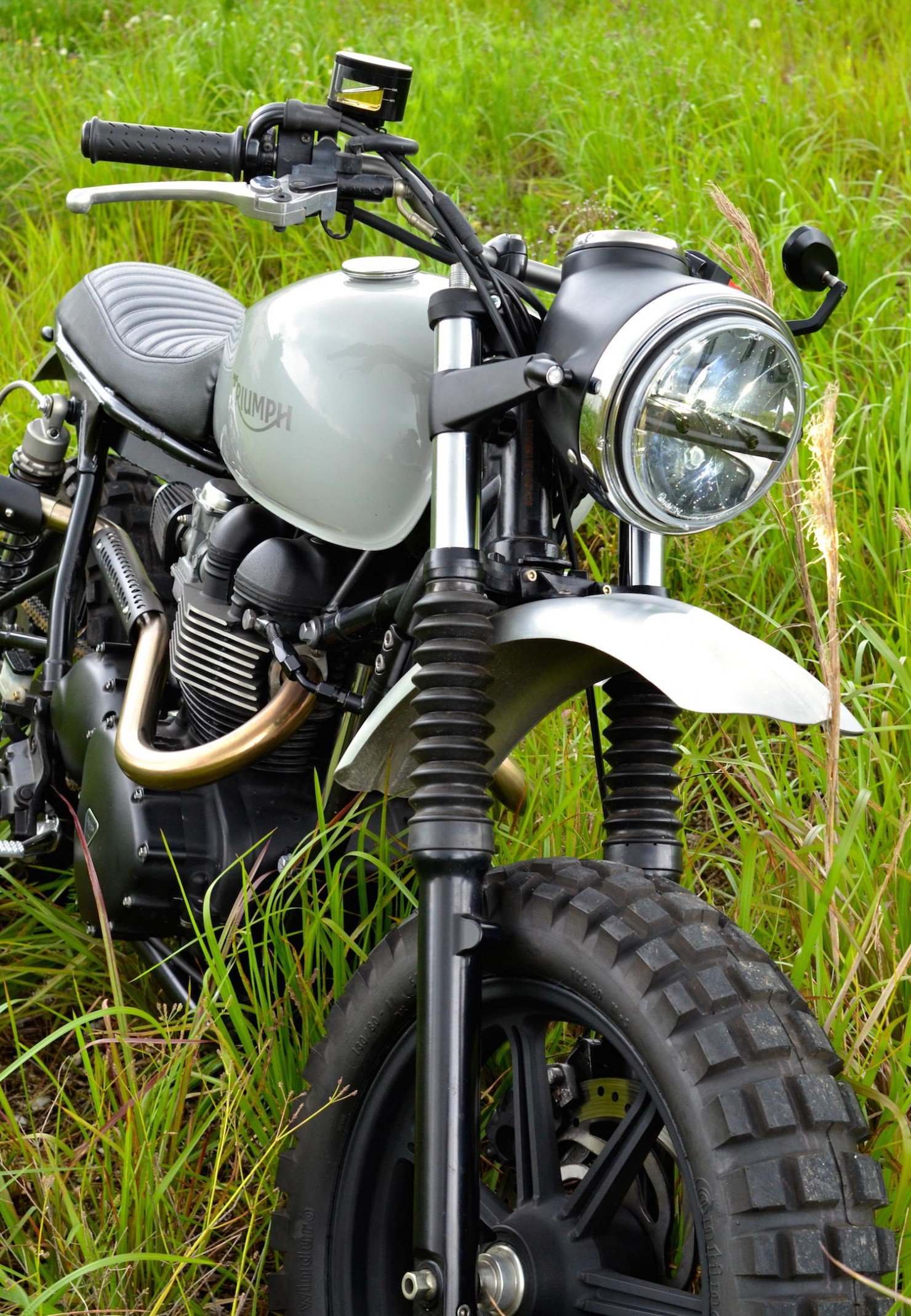 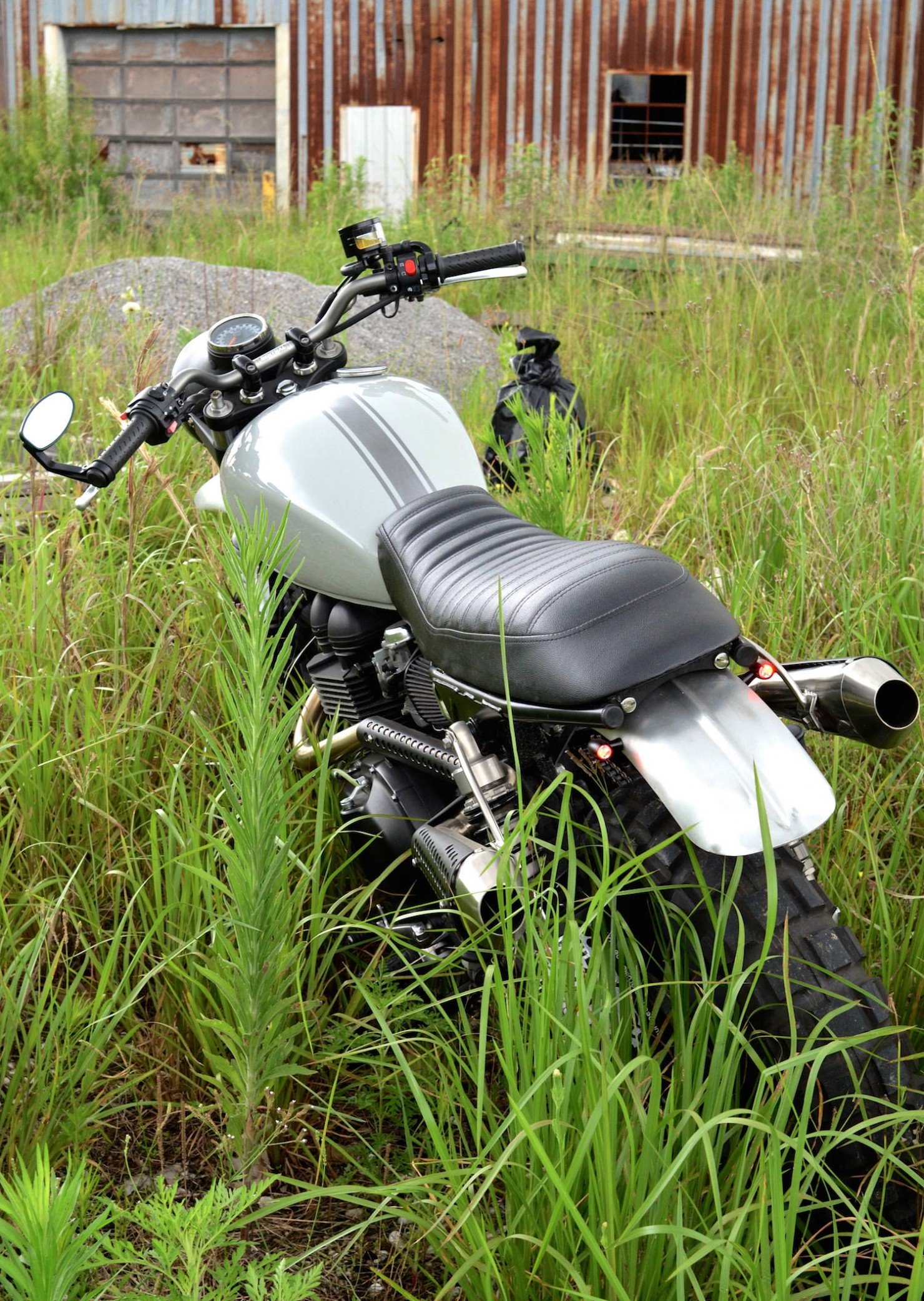 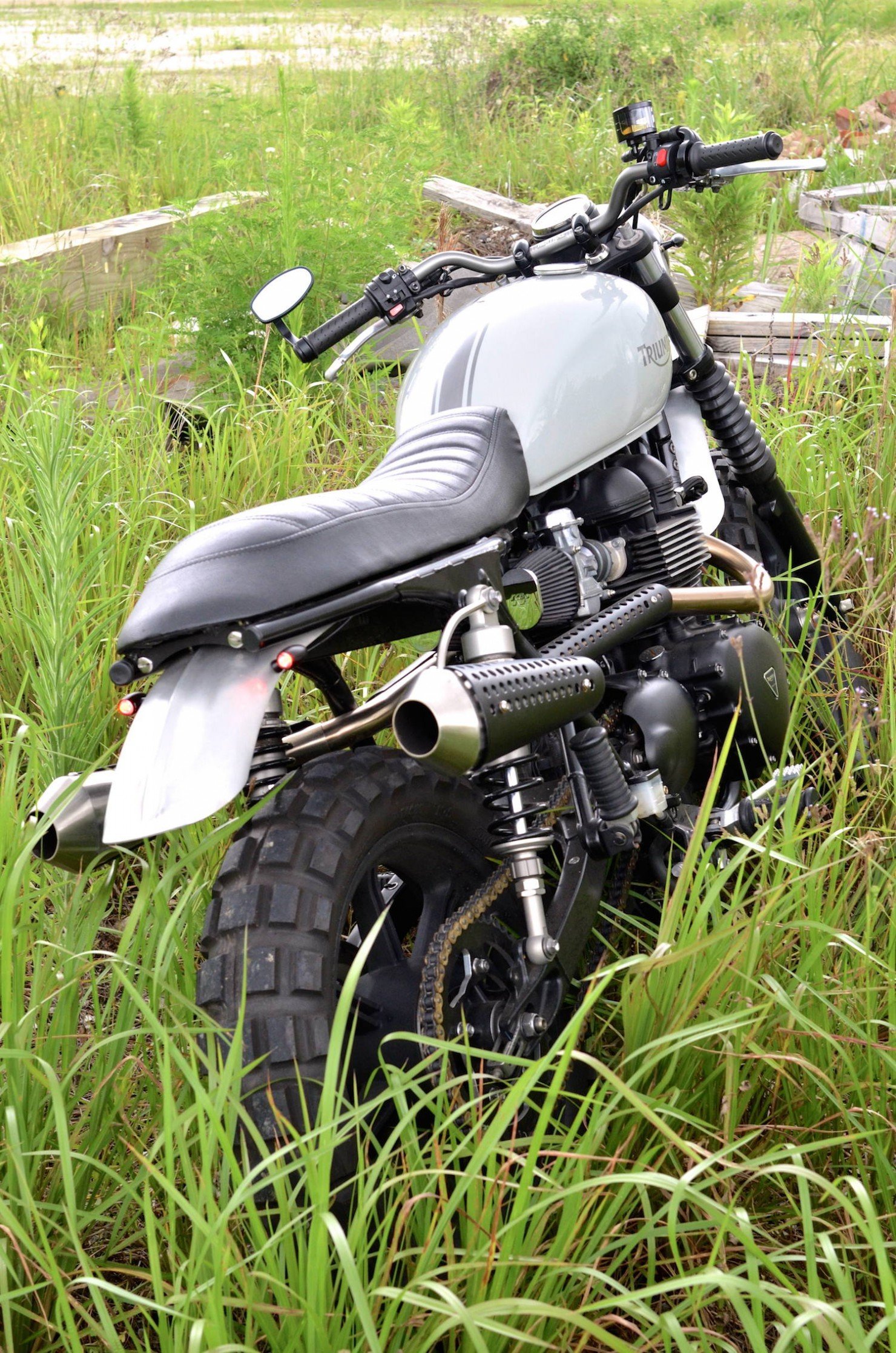 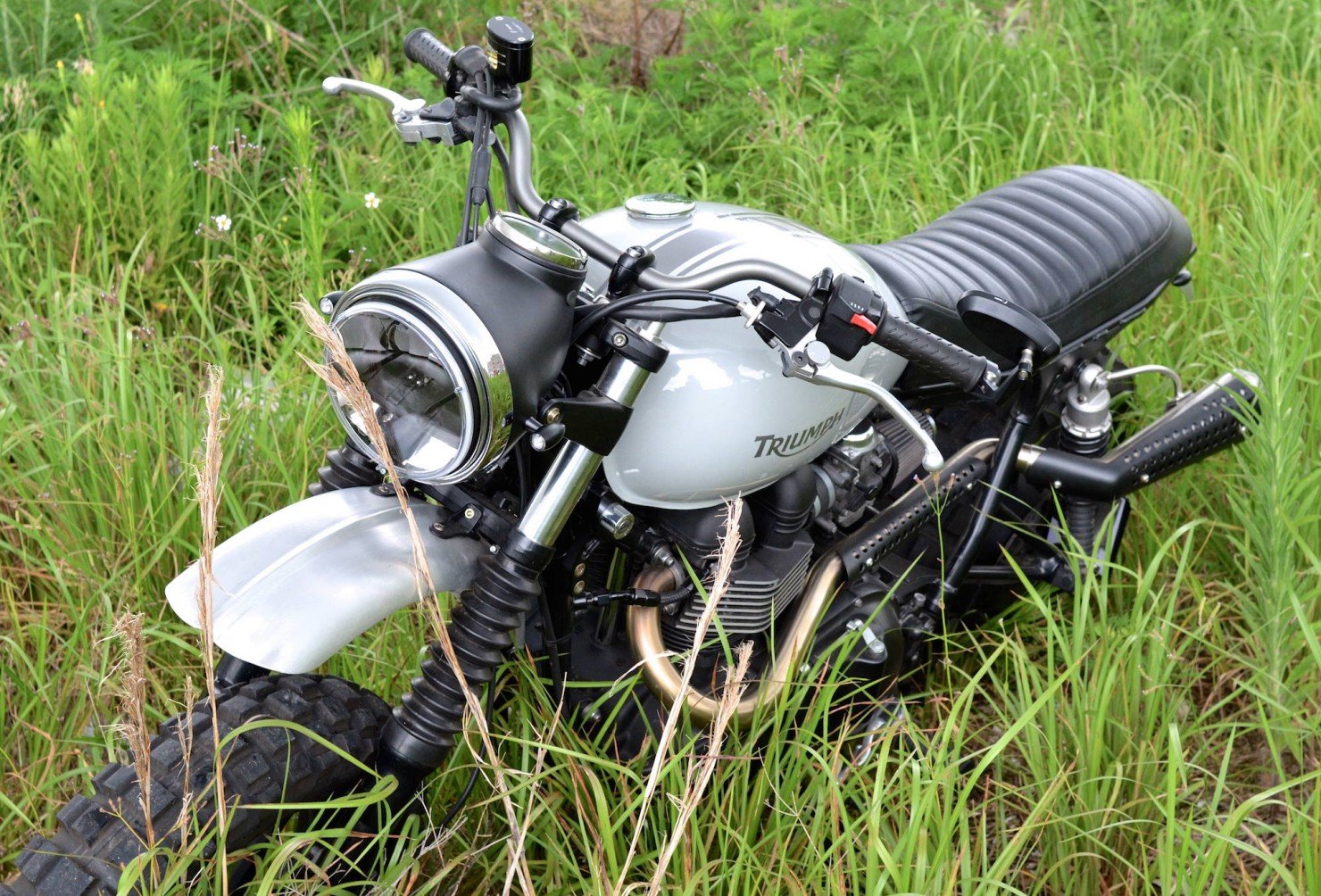 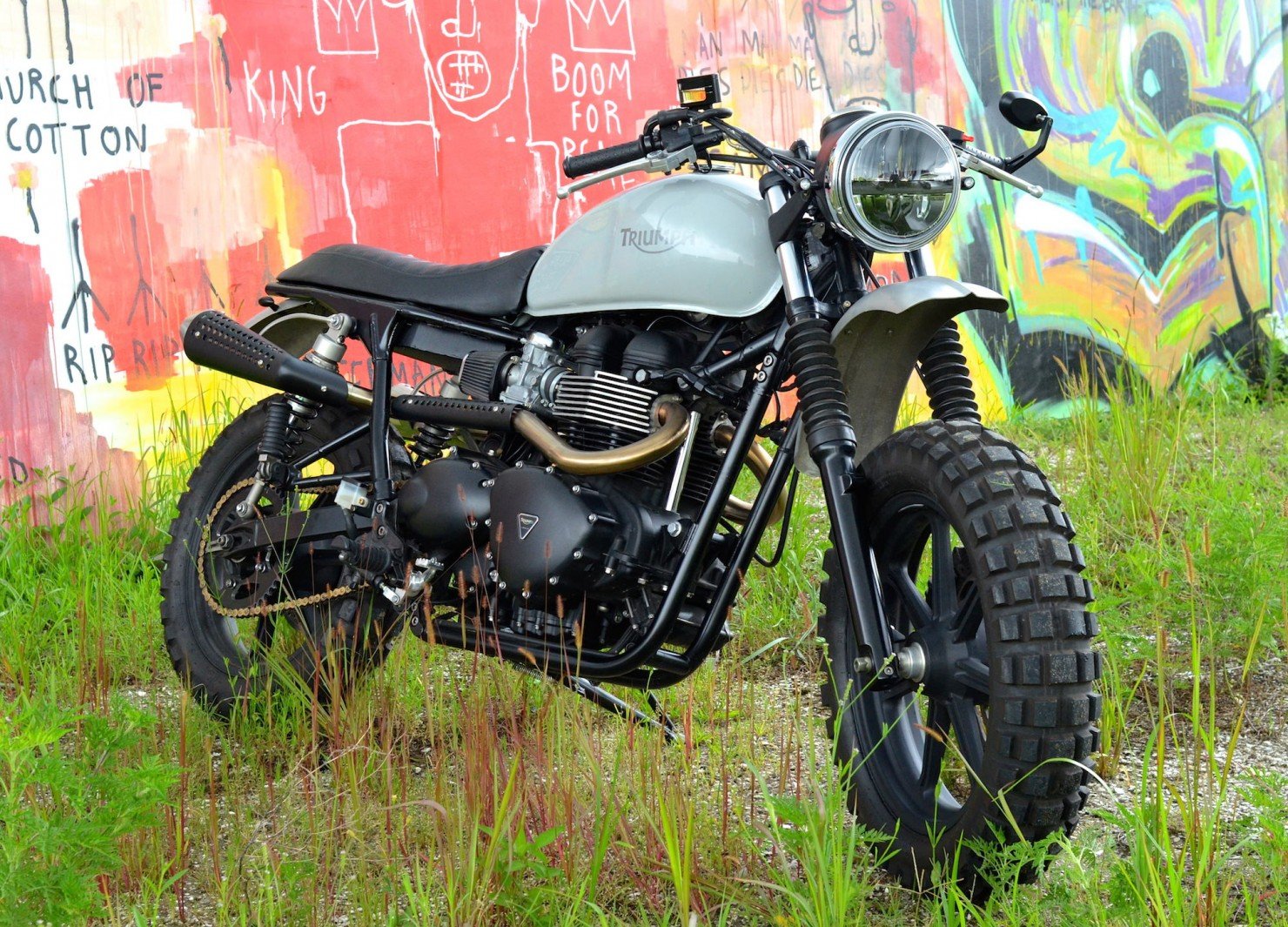 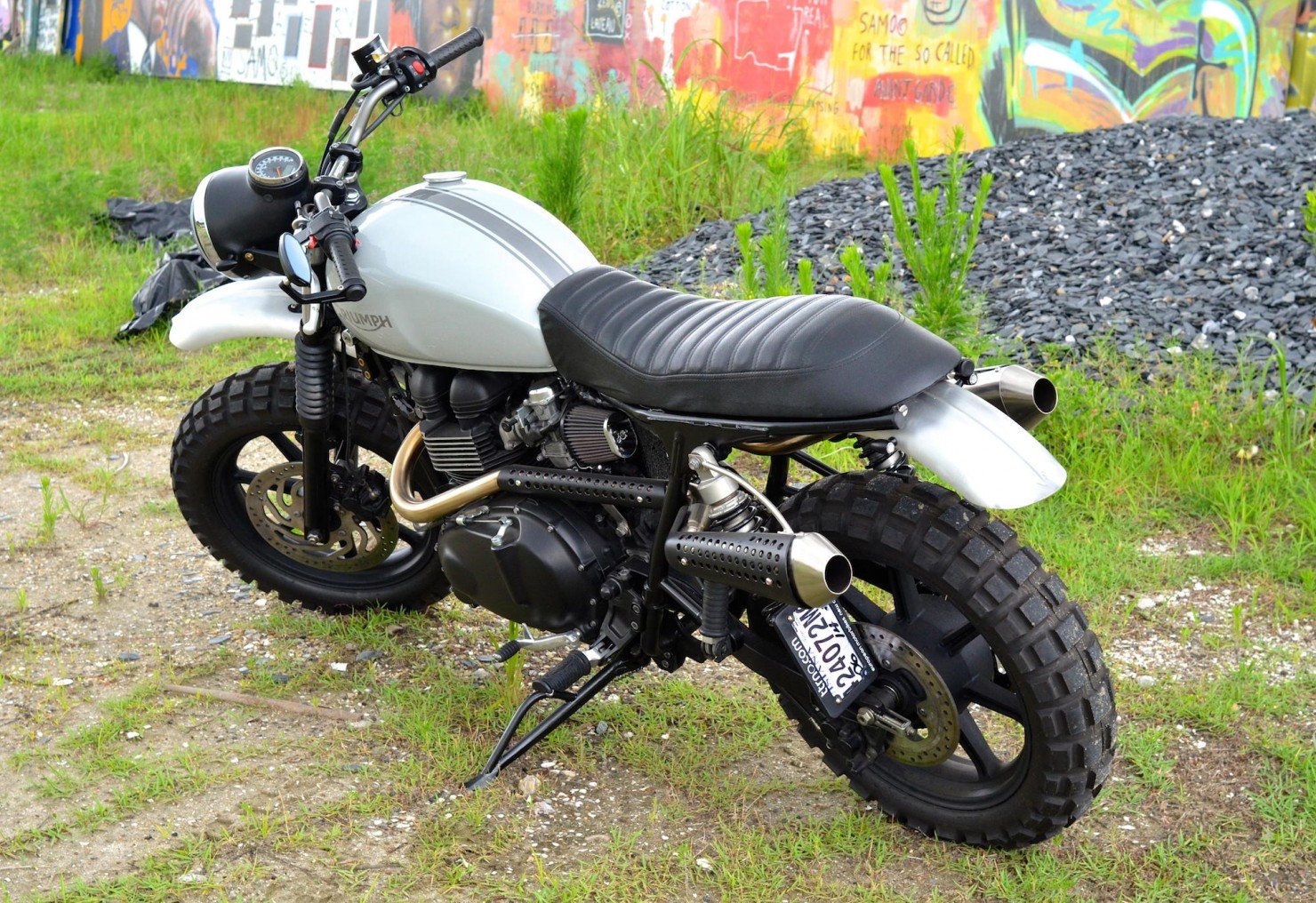 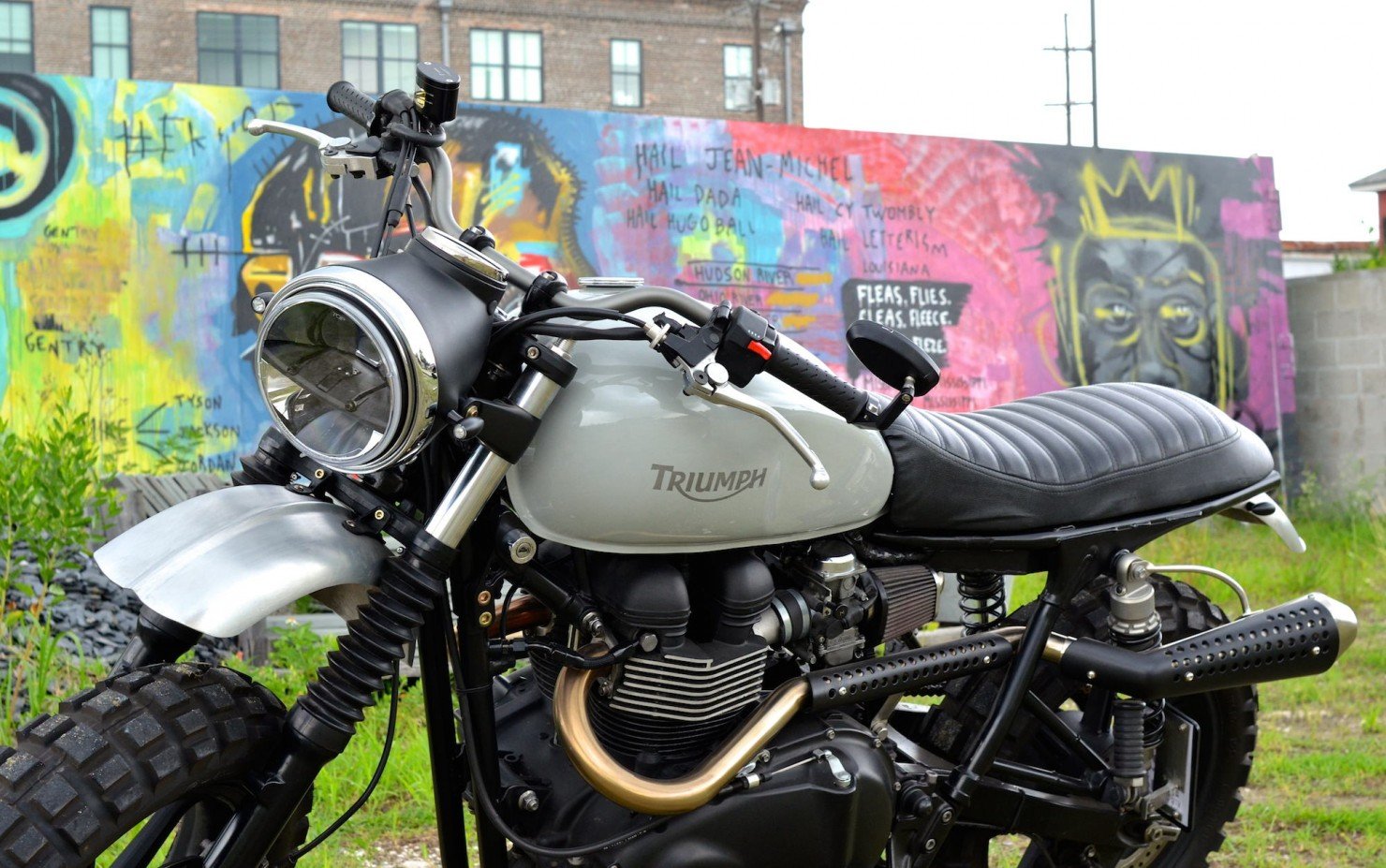 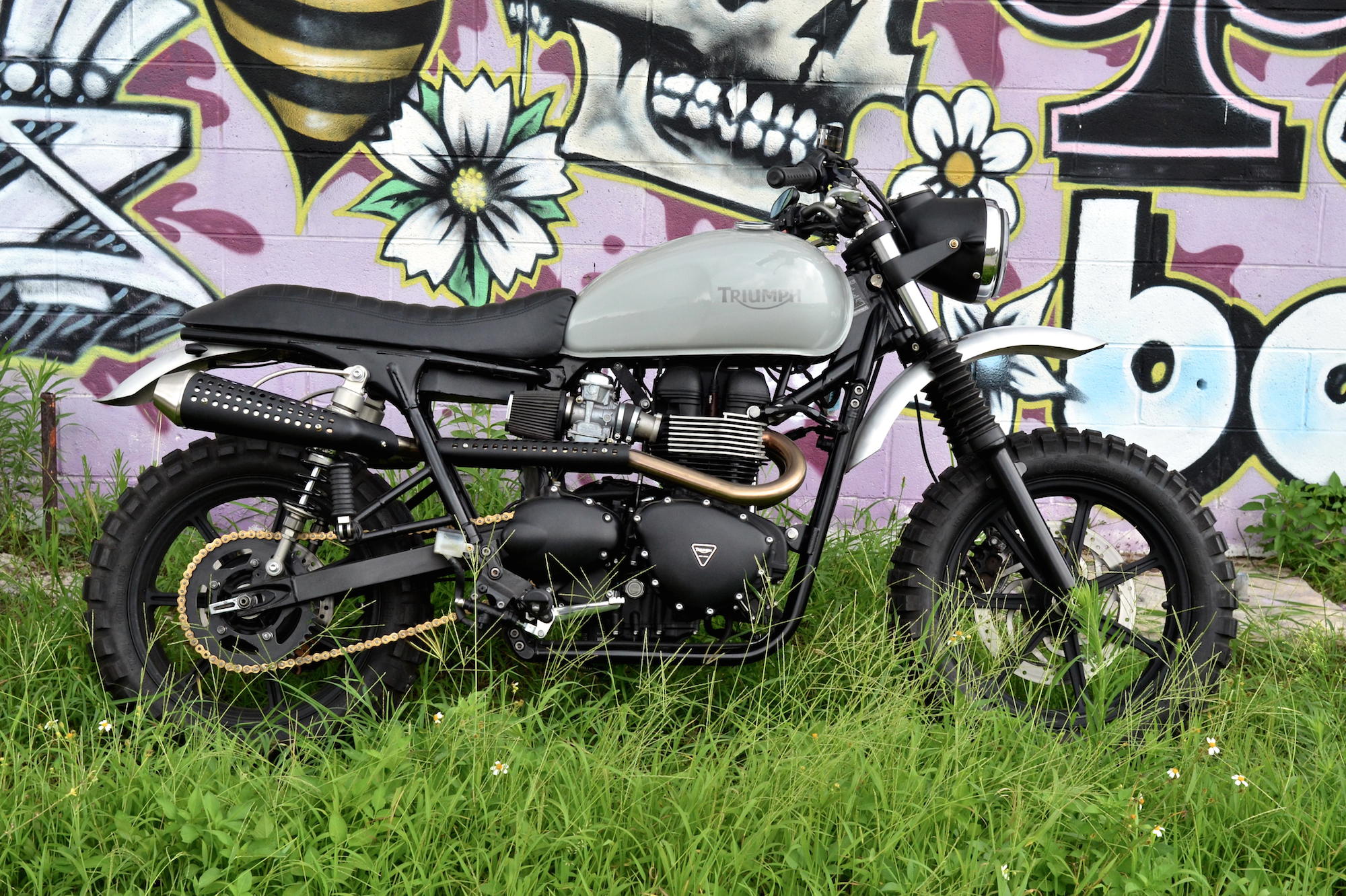