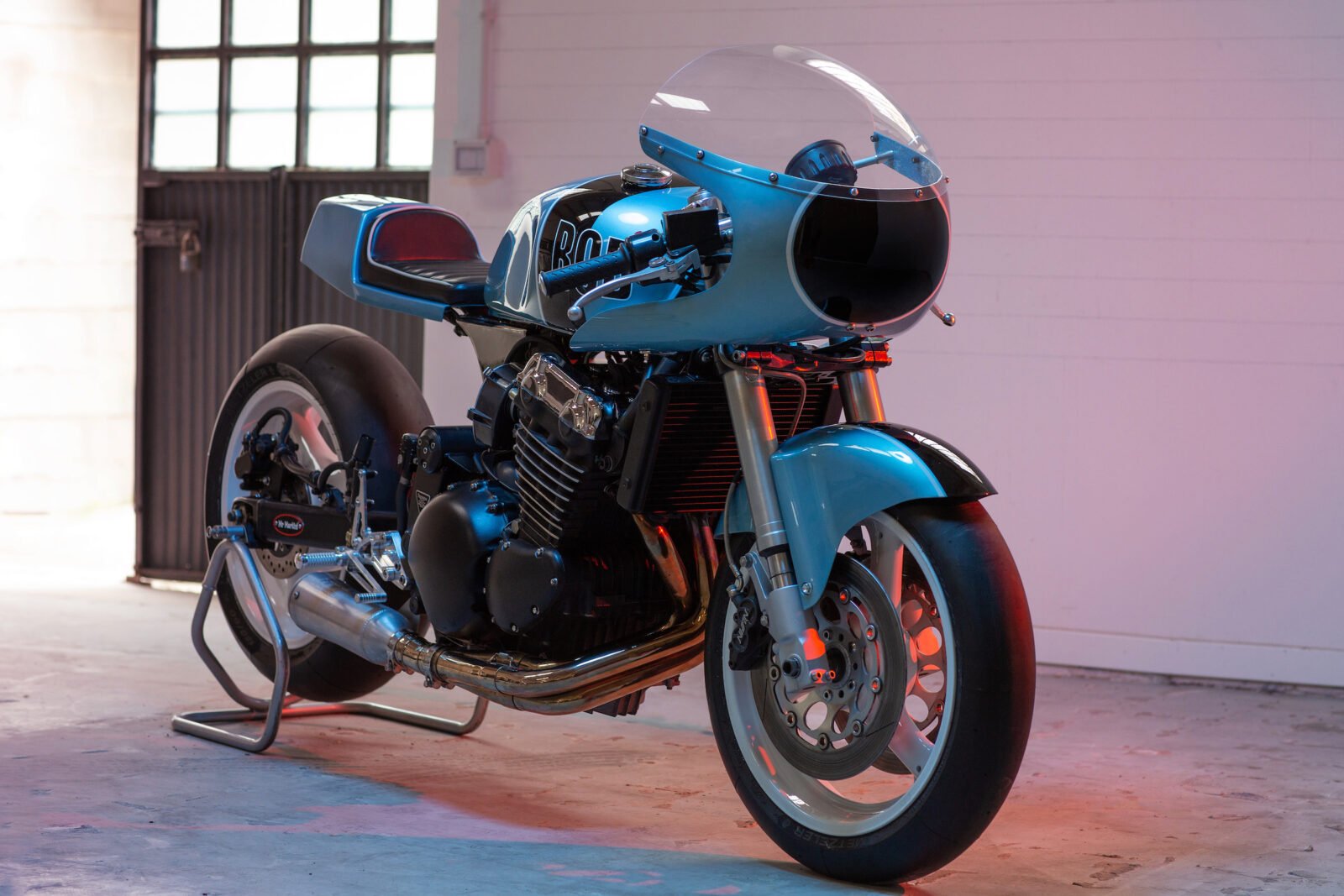 Nicola Martini, known in the motorcycle community as Mr Martini, is one of the original custom motorcycle builders – he’s been building motorcycles since 1994 and working under the Mr Martini label since 2003.

He’s based in Verona, Italy (the city used as the location for Shakespeare’s Romeo and Juliet) and as a former Triumph motorcycle importer he’s built a significant number of Triumph-based custom motorcycles – all of which have garnered him significant worldwide exposure with dozens of stories both in print and online.

The plan for this build was to create a compete in sprint races, he had always wanted to try it but didn’t have a suitable bike. He started the project using a Triumph Legend TT as his starting point, and unusual choice given the bike’s cruiser origins and relatively low power output. 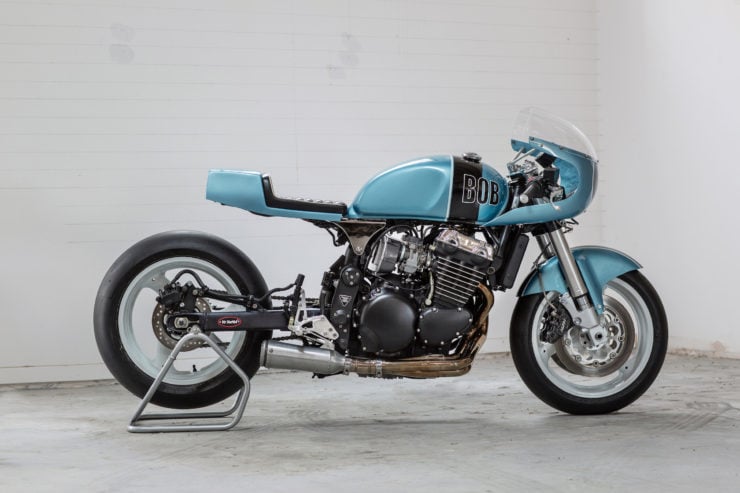 The Triumph Legend TT was released in 1998 as a less expensive version of the Triumph Thunderbird 900, it used the same engine and drivetrain but had less chrome and accessories to keep the price down.

The Legend TT is powered by an 885cc inline three-cylinder engine with double overhead cams, liquid cooling, unit construction, and a five-speed gearbox. Power is sent to the rear wheel via a chain final drive and the bike has standard telescopic forks up front with a monoshock in the rear, and front/rear disc brakes.

As it was designed as more of a cruiser, the Triumph Legend TT didn’t have a blistering red line or power output, it produced 69 hp at 8,000 rpm and 50 ft lbs of torque at 4,800 rpm. These figures compare favourably with its primary competition – the Harley-Davidson Sportster.

When Mr Martini set to work turning a Triumph Legend TT into a sprint racer he knew he had his work cut out for him – he didn’t just want to increase engine power but also to increase the handling and braking of the bike while reducing its weight. 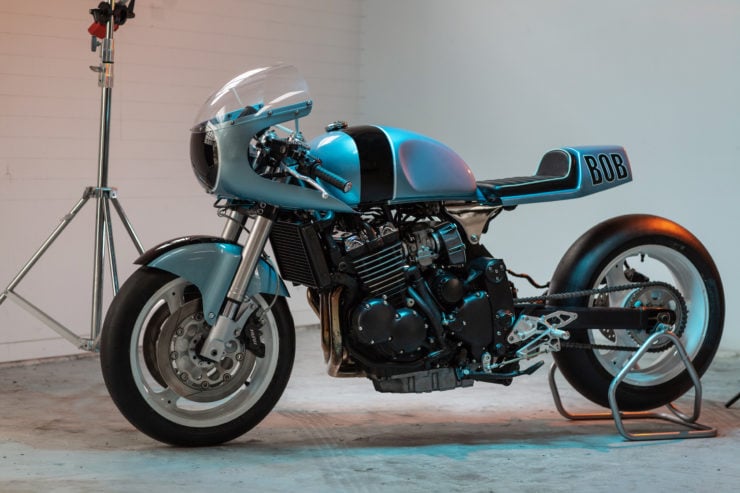 The first order of business was a complete strip down, the front suspension was removed and the swing arm and rear wheel were also taken off. Nicola had some spare parts from a Suzuki GSX-R handy so he fabricated new triple trees and fitted the upside down forks, brakes, and front wheel to the Triumph. In the rear he used the original swing arm with the GSX-R wheel and brake, and the rear subframe was cropped removing the seat.

A new lighter weight subframe was fabricated and fitted with a new seat and rear cowl, this was paired with a new aerodynamic cowling up front allowing the rider to get tucked in behind the dials.

The above modifications greatly helped with handling and helped reduce weight, so now Nicola turned his attention to the engine, a series of modifications were made to boost power followed by the addition of three high-flow air filters to the carburettors and a new high-flow exhaust helped boost power by an additional 20 bhp to ~90 bhp. 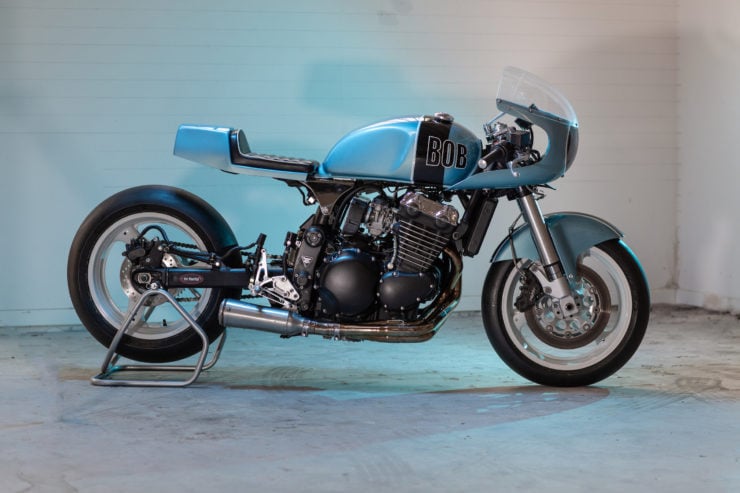 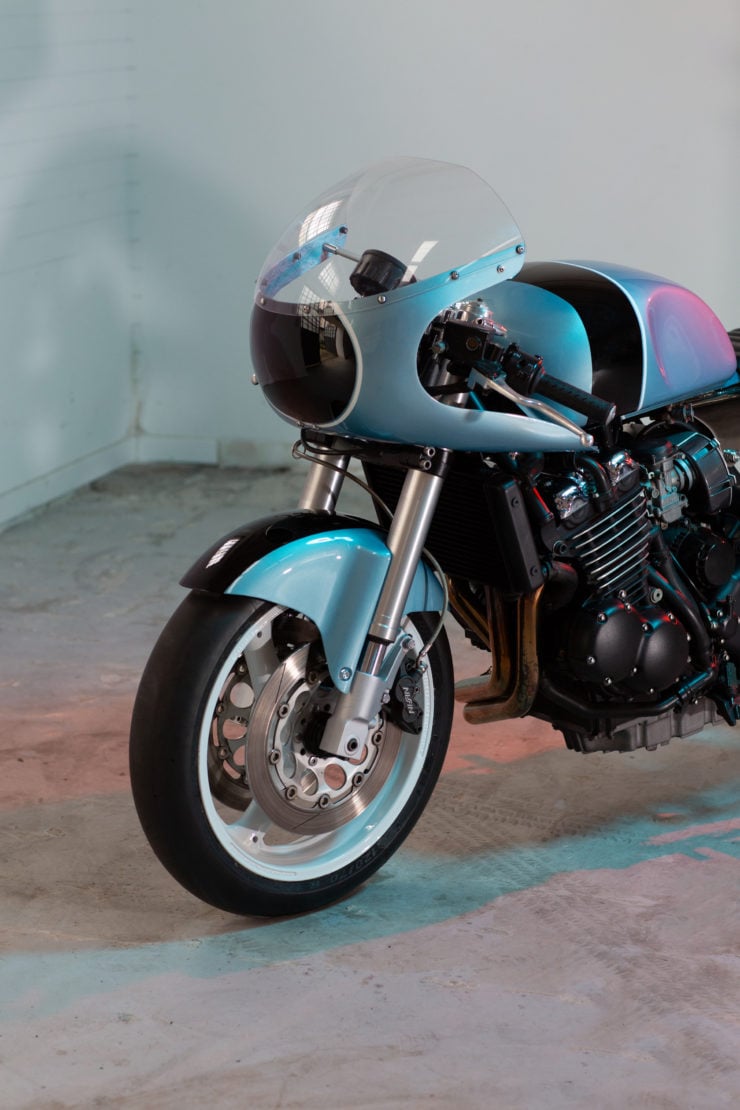 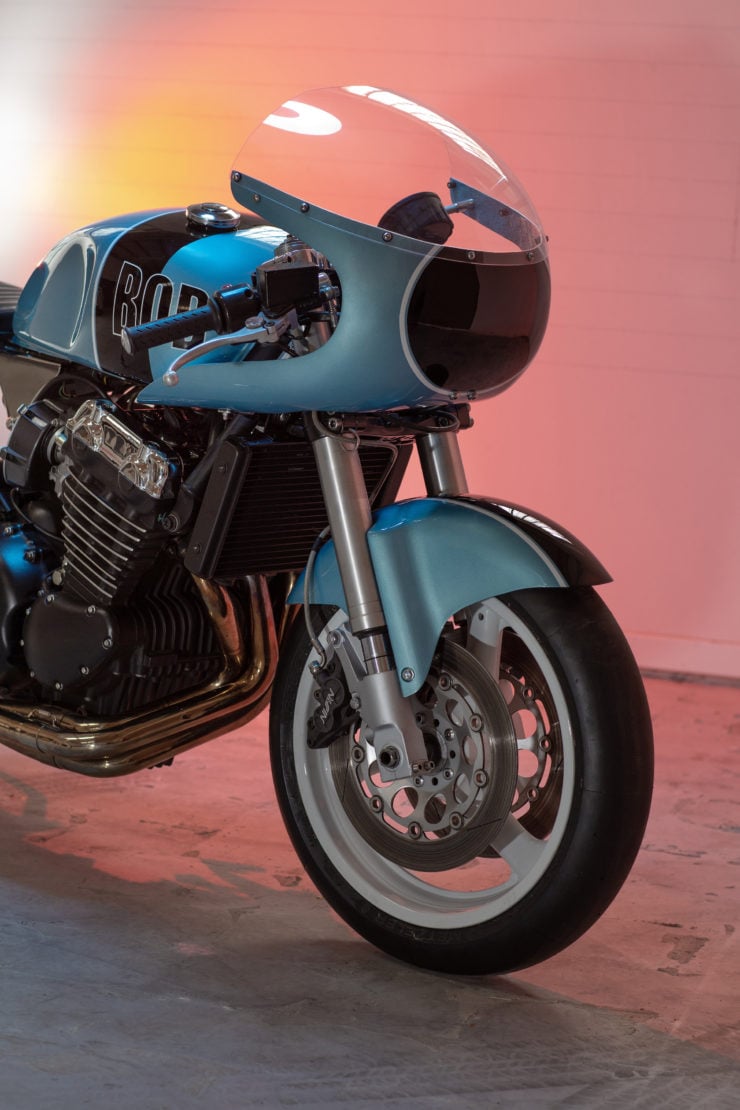 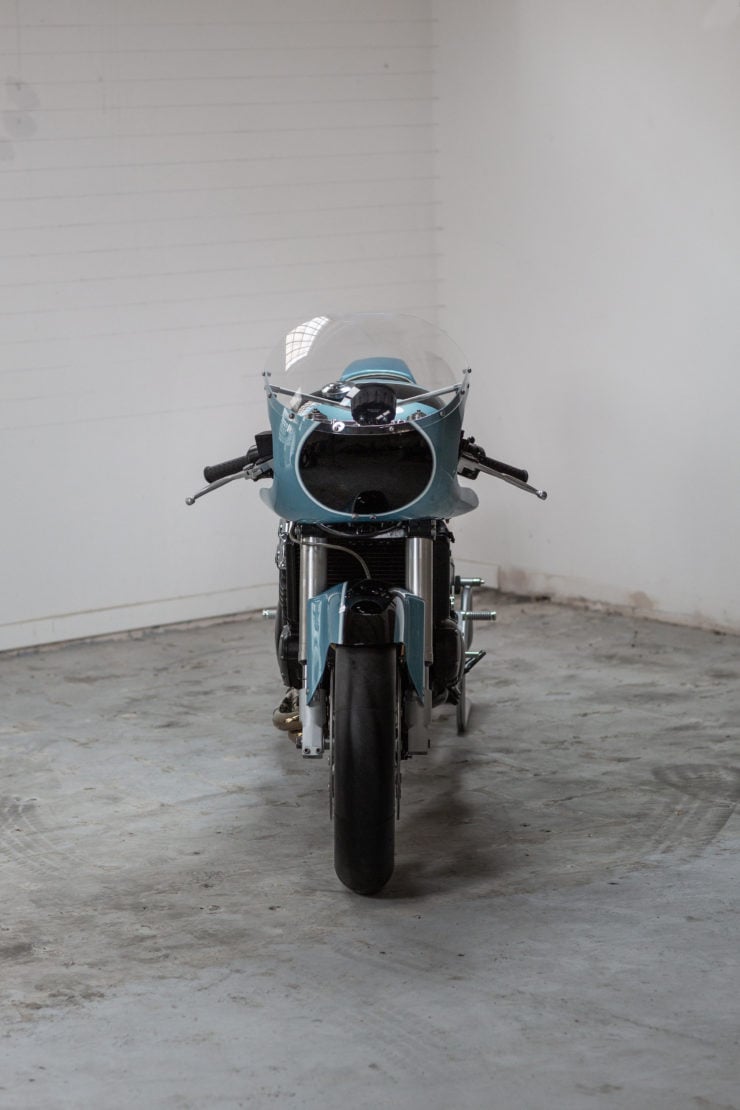 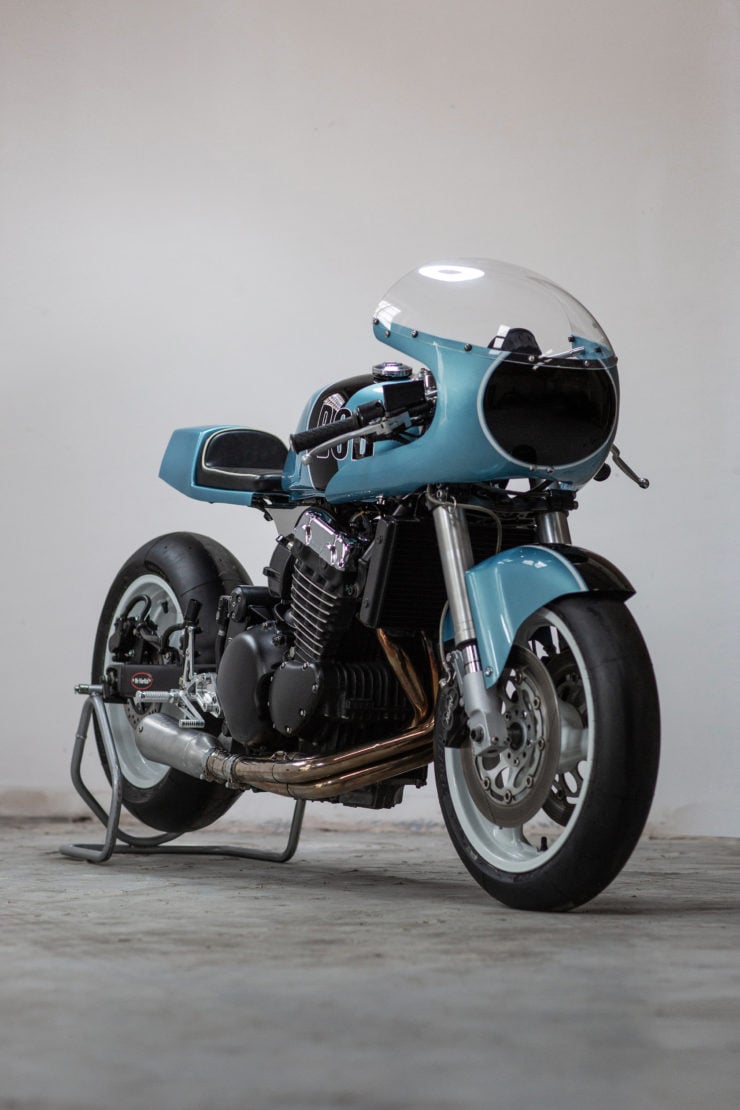 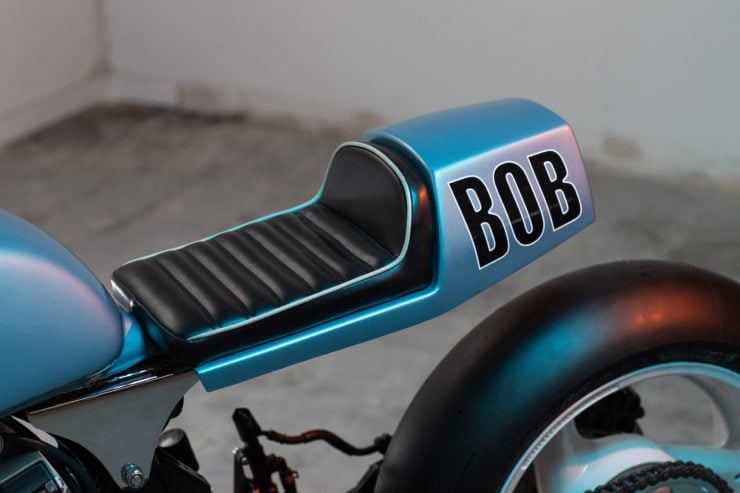 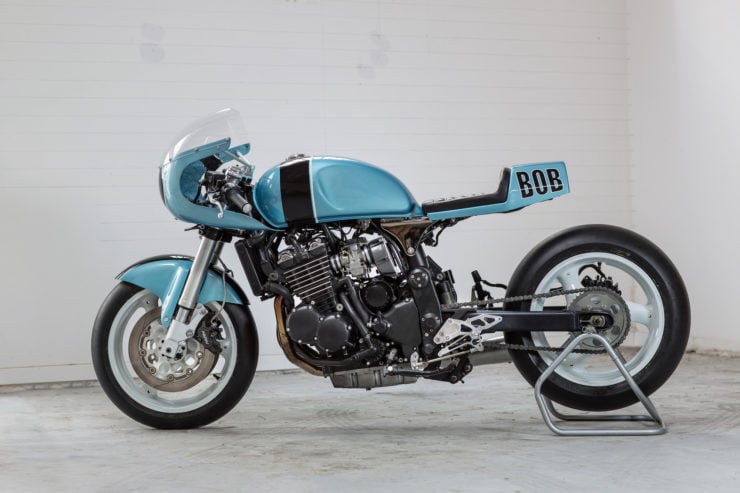 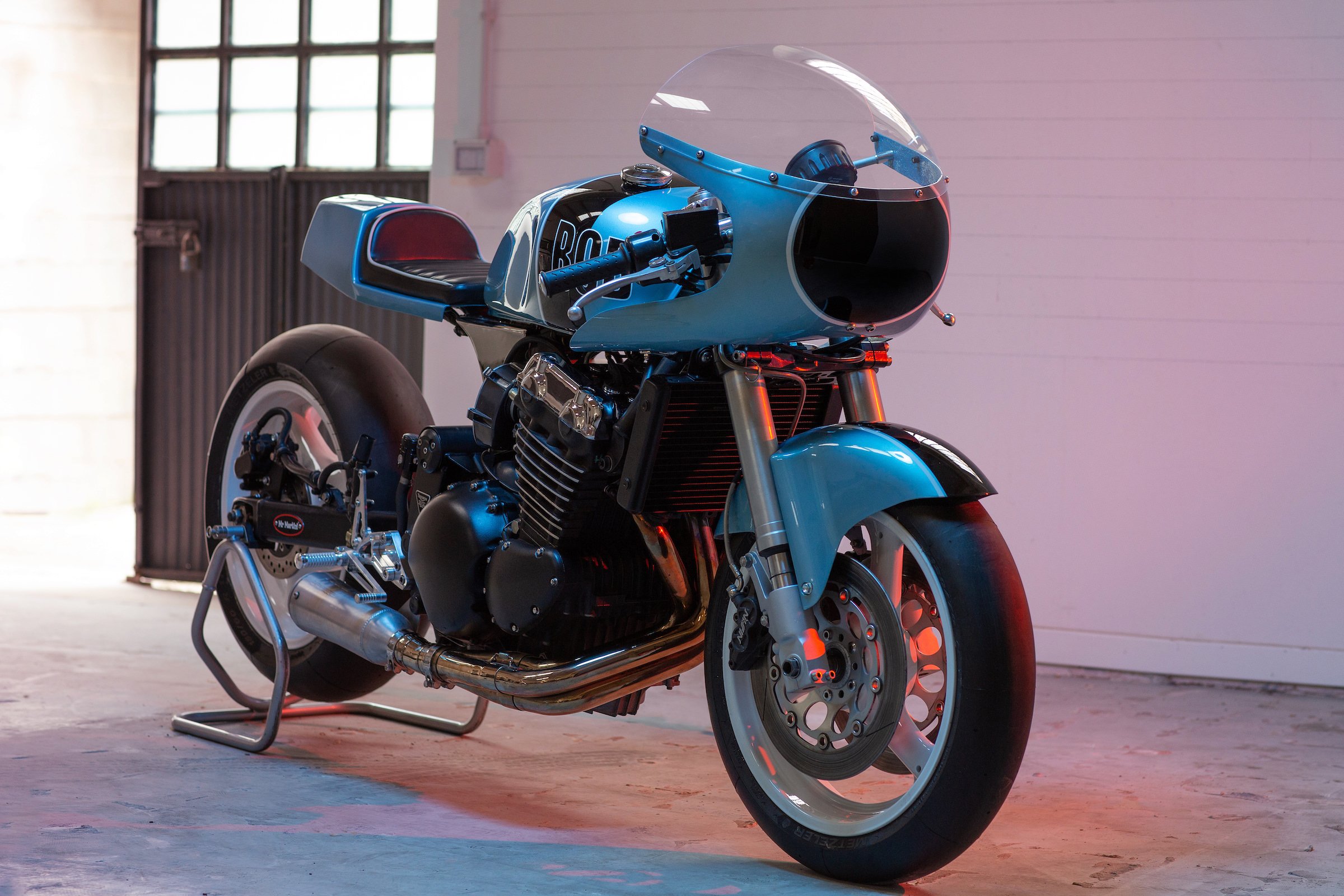