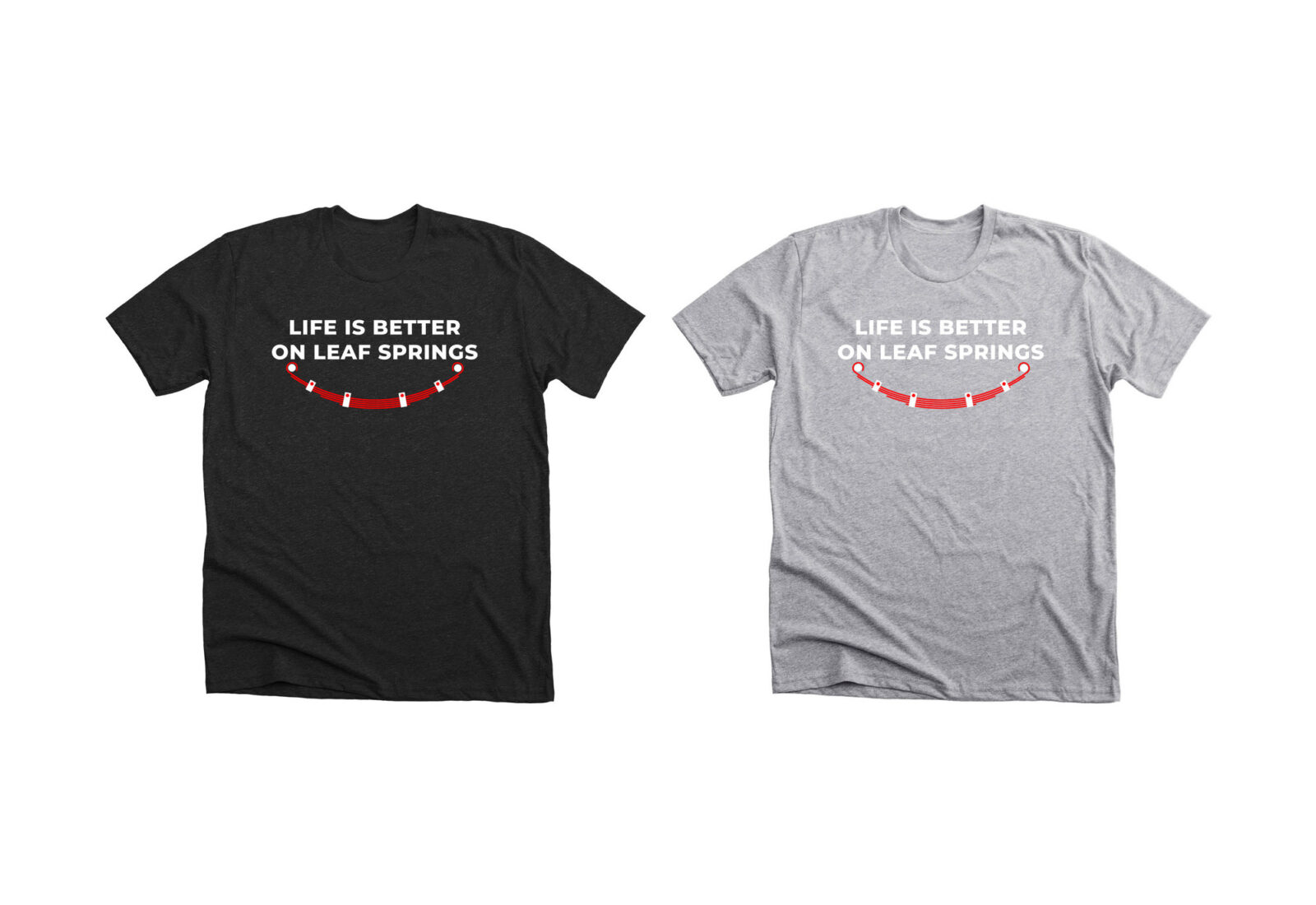 Leaf springs have been in use since the early 1800s and they’re still being fitted to production cars now, well over 200 years later.

They’ve been used on everything from horse carts and steam trains to motorcycles and race cars, even the most expensive car in the world uses them – the Ferrari 250 GTO worth $50 to $70 million USD each.

Sure there are those who’ll argue that modern coil over or airbag suspension is better and of course they’re right, but there’s something wonderfully simple about traditional leaf springs and the cars that use them.

The team at Bonfire in Richmond, Virginia will be handling all printing, shipping, and returns. If you’re unhappy with your t-shirt, the team at Bonfire have industry leading customer support ready to fix any issues and solve any problems.