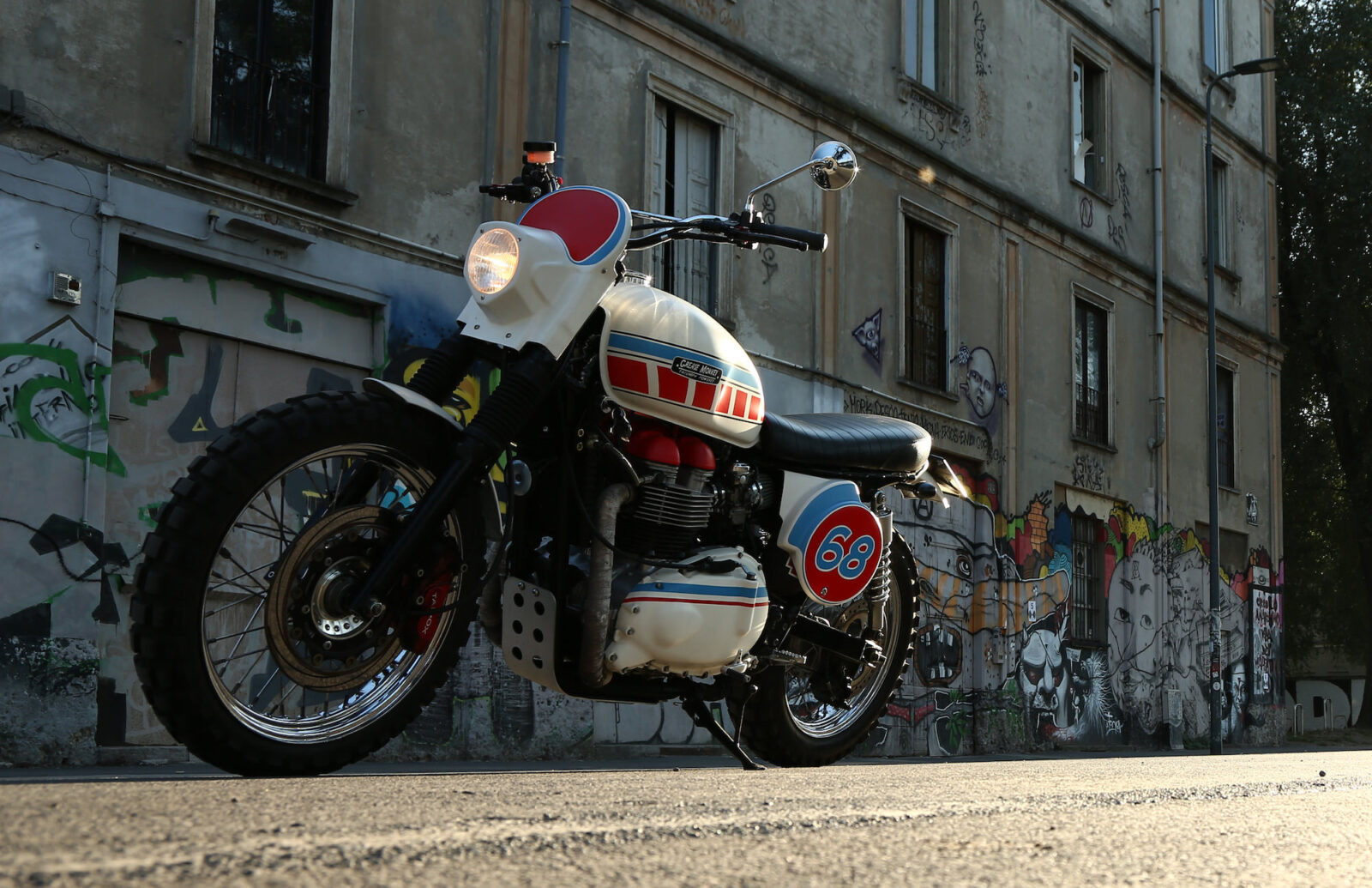 The Triumph Bonneville is broadly recognised as one of the most important motorcycle model lines in history, originally introduced in 1959 the Bonneville has been developed through 3 major iterations and remains in production today – 56 years after its grandfather entered production.

The modern Bonneville shares the same basic layout as the original, it’s powered by a parallel twin, air-cooled engine that was originally carburettor fed but now relies on a more fuel and emissions efficient EFI system. The great secret to the success of the Bonnie is the fact that it provides a solid foundation for modification, Bonnevilles have been customised into everything from scramblers and choppers, to cafe racers, bobbers and anything else you can imagine.

One of the most popular variations is the scrambler, it’s so popular that Triumph released their own official Bonneville-based Scrambler in 2006.

The Triumph faithful have been building their own scramblers for decades however – Steve McQueen even rode one in The Great Escape with Bud Ekins.

The scrambler you see here is based on a 2001 Bonneville, it’s the result of a few weeks of work by the relatively new Grease Monkey garage based in Italy. Grease Monkey are focussing on repurposing vintage parts and recreating parts that are no longer available, as is so often the case with the Italians – their sense of the aesthetic is unparalleled.

The head honcho at Grease Monkey is Max Trono, he wanted to focus on making the new scrambler as capable as possible both on and off road. Weight reduction was a high priority so the original fenders, levers, exhaust, and sprocket cover were all replaced with aluminium units. The rear subframe was cropped to match the new seat, the forks were replaced with a set from a Triumph Thruxton, and the carburettors were rejetted to match the new Supertrapp silencers.

Perhaps the most eye-catching new parts are the fibreglass side covers and headlight fairing – both of them are made in-house by Grease Monkey and are bolt on parts for all stock Bonnevilles. If you’d like to read more or see some of Max’s other work you can click here. 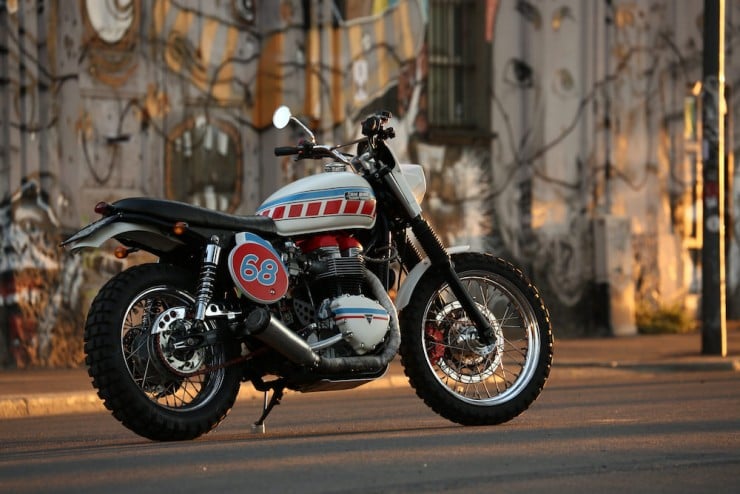 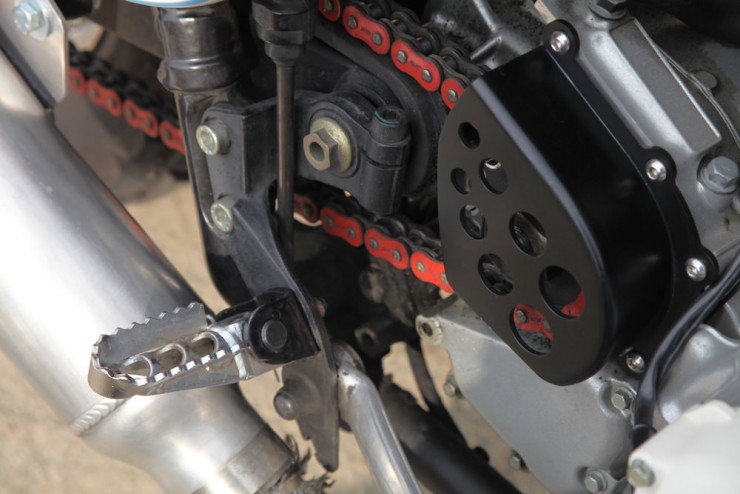 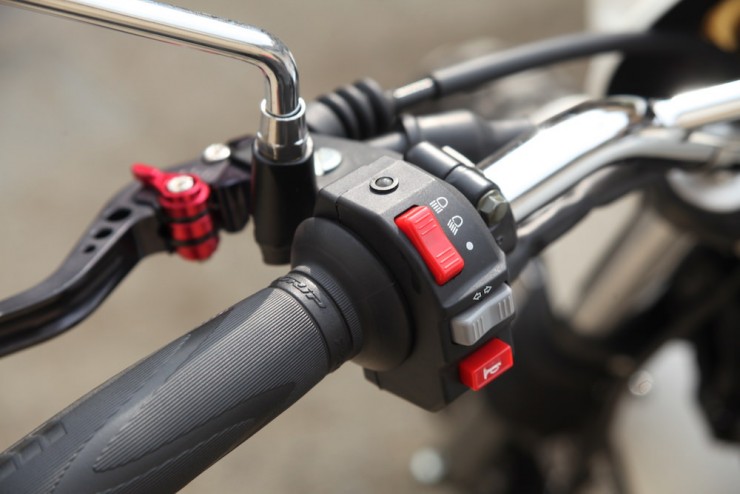 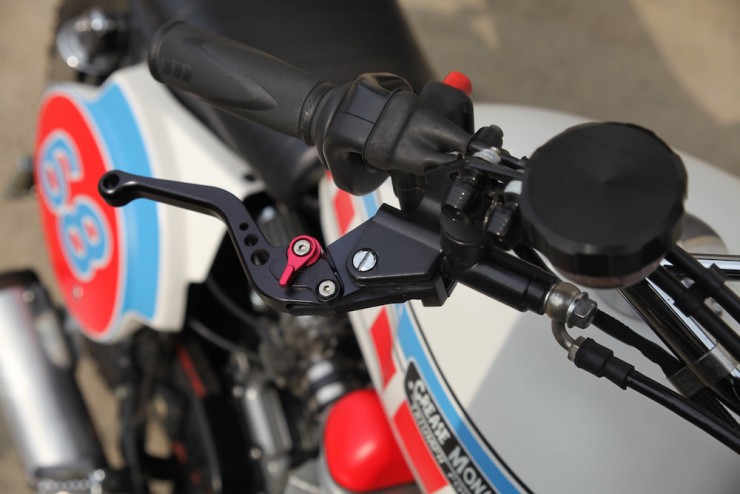 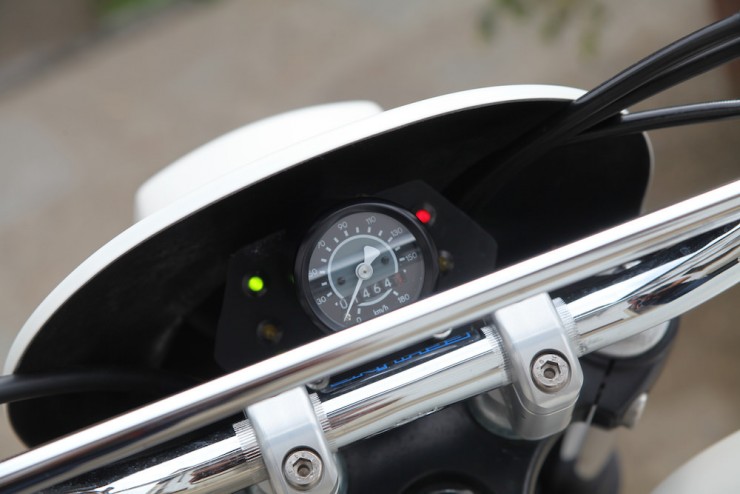 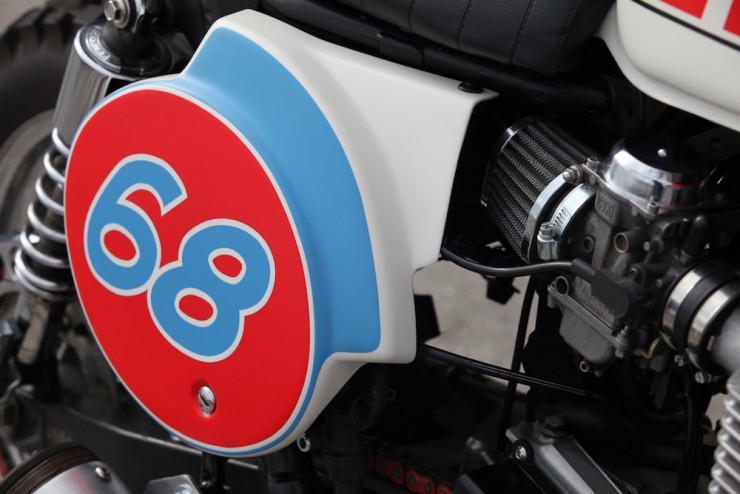 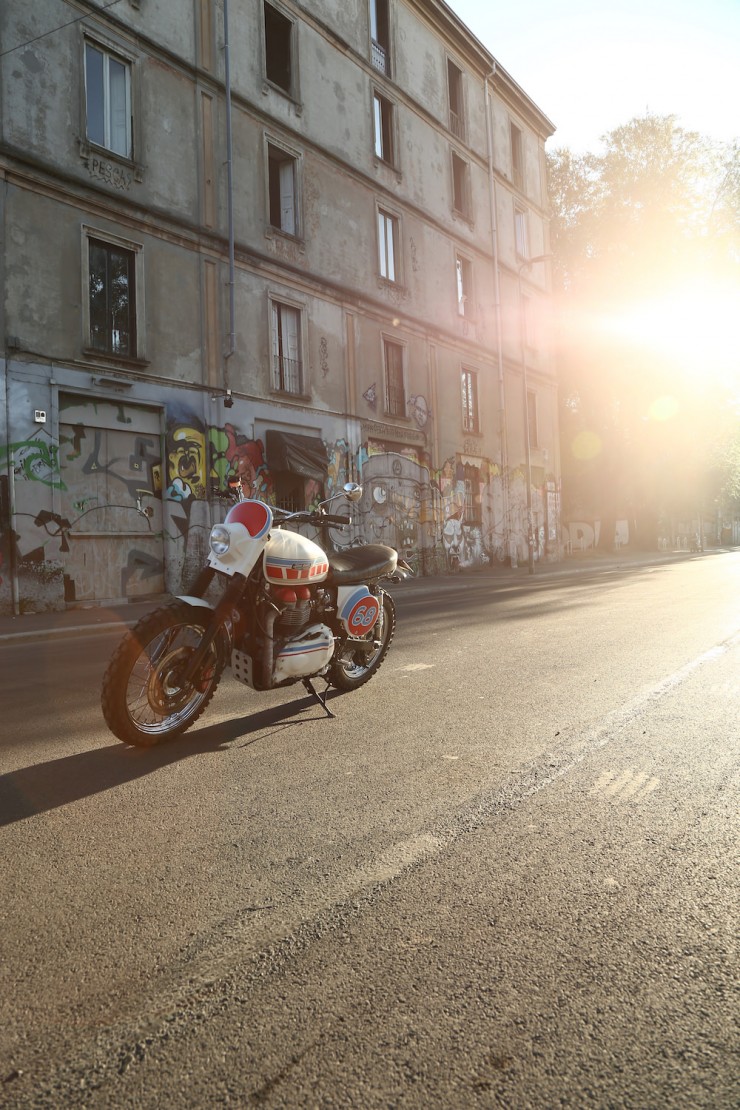 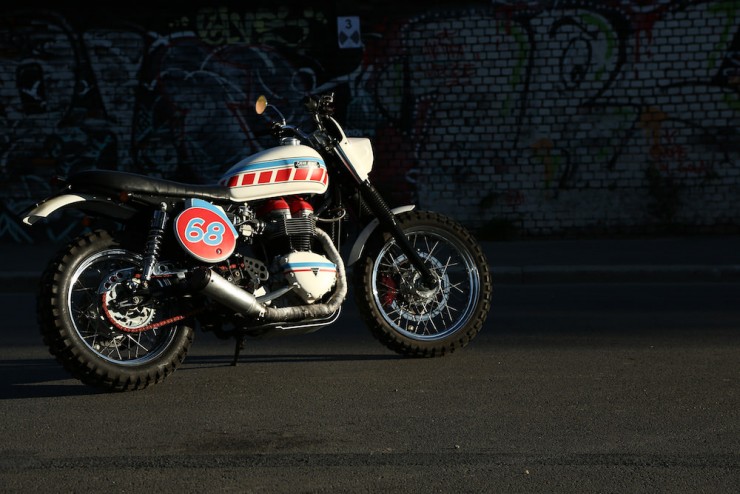 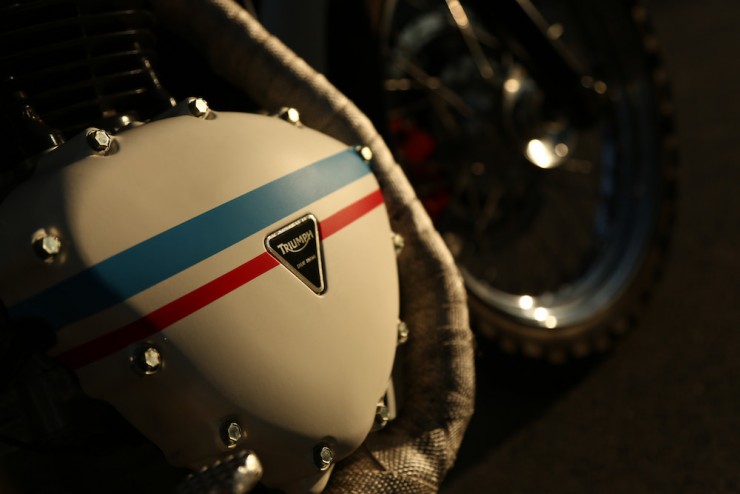 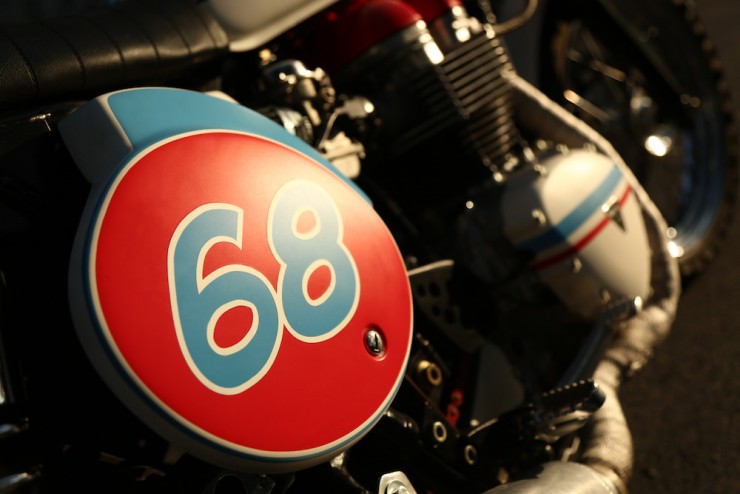 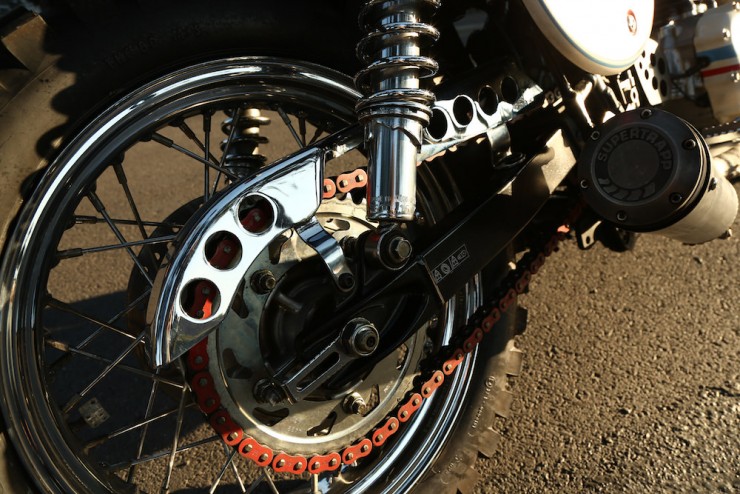 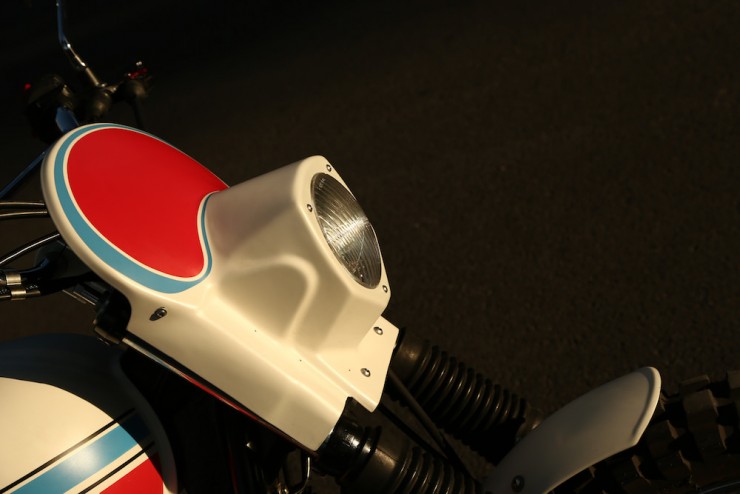 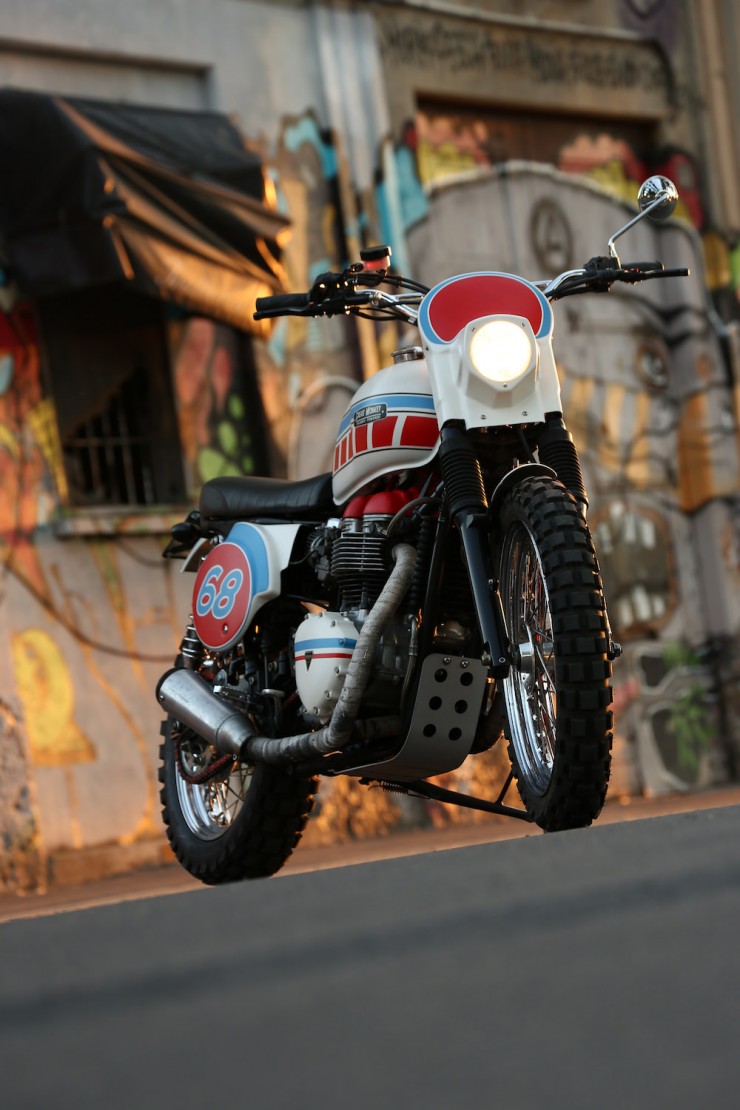 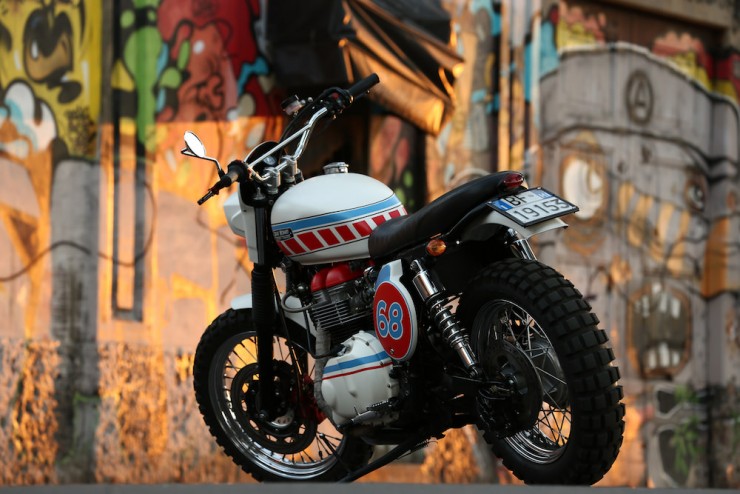 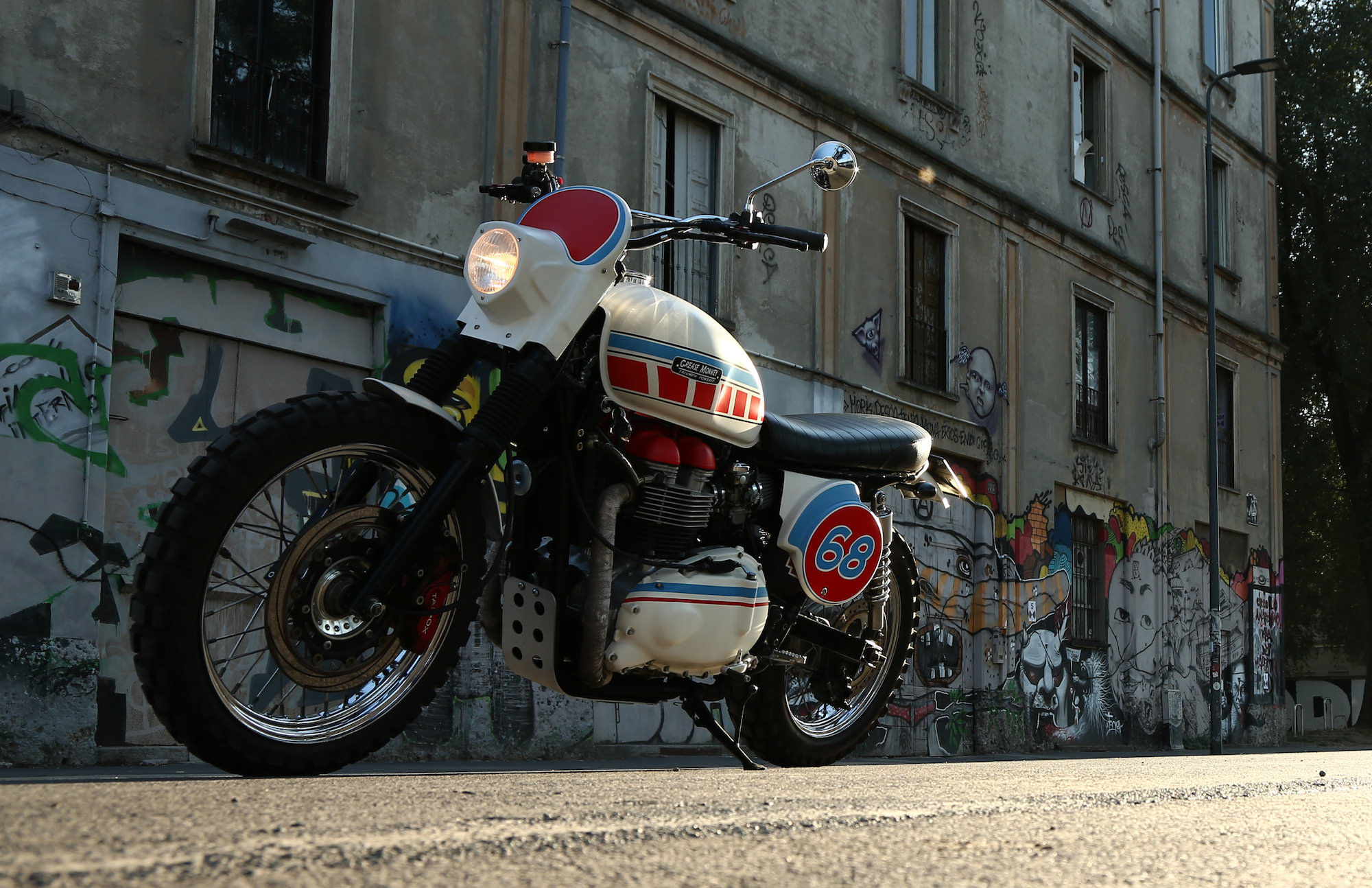