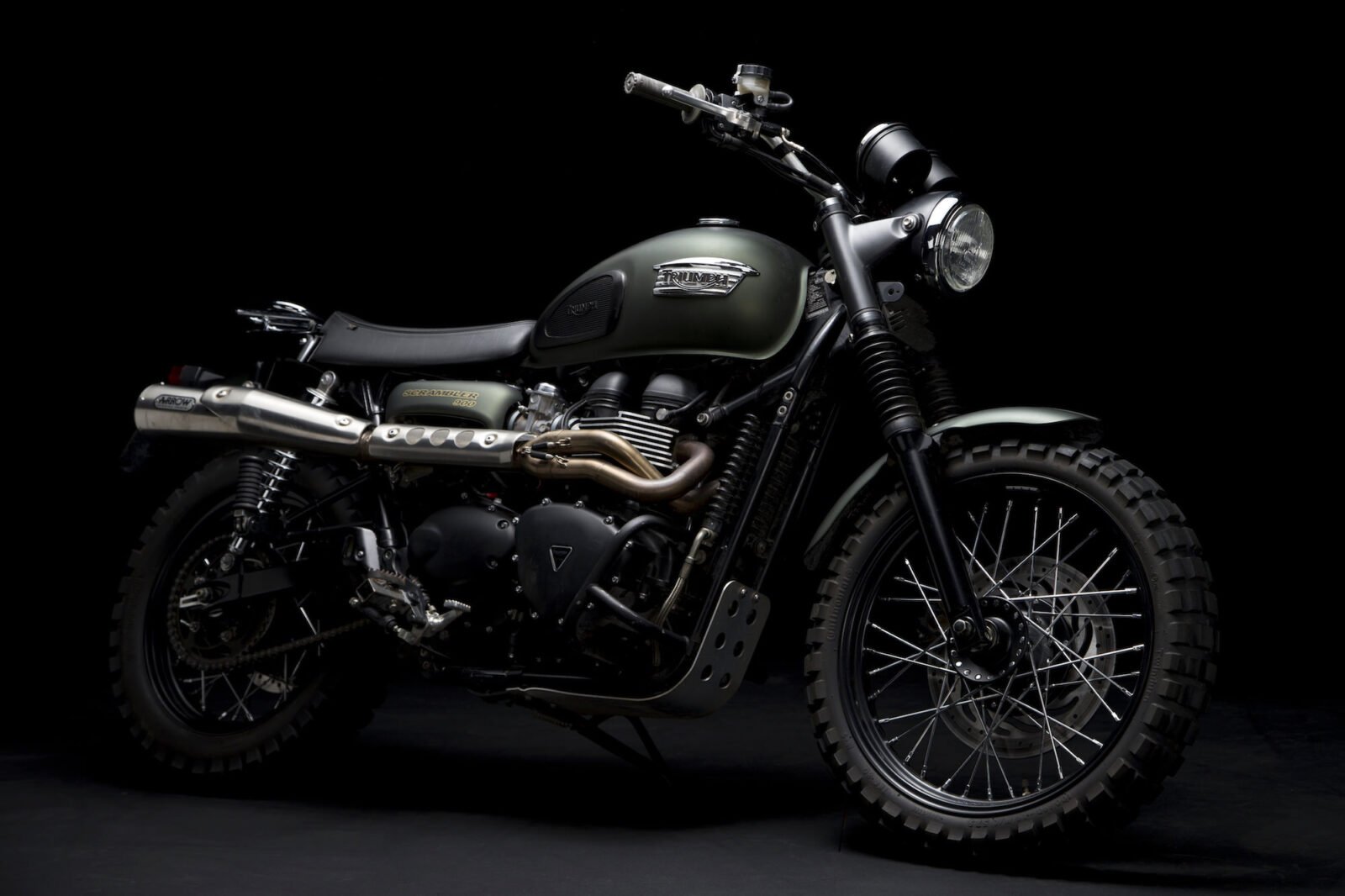 During filming of Jurassic World, three custom Triumph Scramblers were built for use by Chris Pratt in a number of memorable scenes, including one of the most iconic parts of the film in which Pratt’s character rides his Scrambler through the jungle flanked by Velociraptors while hunting the Indominus Rex.

The three Scramblers were identical in every way, and Pratt fell in love with them. After filming drew to a close he requested to keep one and Triumph kindly obliged, one of the others was shipped to Triumph’s headquarters in England for a permanent display. The final bike is now being auctioned off on eBay in support of The Distinguished Gentleman’s Ride – an annual event and charity dedicated to raising funds for prostate cancer research.

It’s very unlikely that either of the other bikes will ever enter the public domain, Chris is said to be inseparable from his Scrambler and the bike on display at the Triumph HQ represents one of the most important milestones in the company’s long history. So anyone wanting to own an official Jurassic World Scrambler has just one opportunity, it’s likely that we’ll see the enthusiastic bidding carry on as more and more people discover that it’s listed for sale.

Each of the three Jurassic World Scramblers has been modified with a single seat, a gear rack, an Arrow Racing high-level exhaust, custom footpegs, tracker handlebars and the bike is finished in matte green. The bike you see here is offered in exactly the same condition it was in when it finished filming – and if you look closely you’ll see a little mud and a few scratches acquired on set. The auction winner will also receive a certificate of authenticity, which will be important as it’s likely that we’ll see a lot of clones popping up over the next few years. 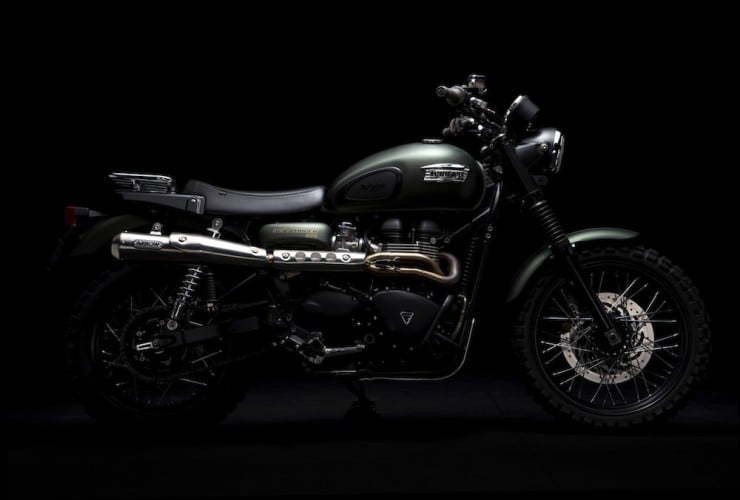 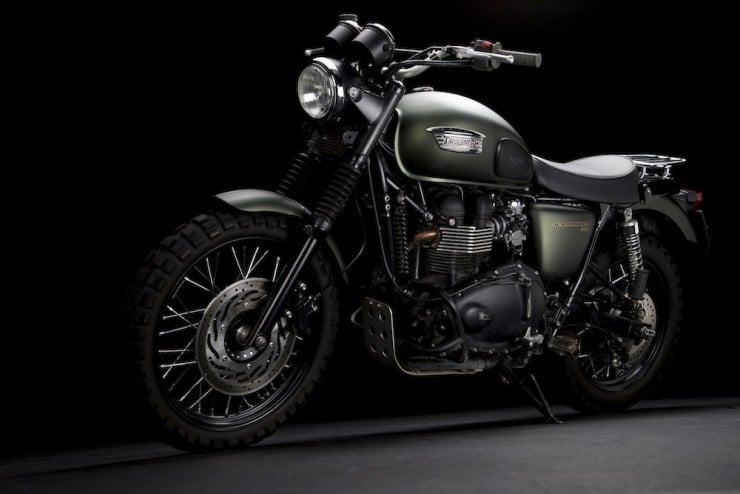 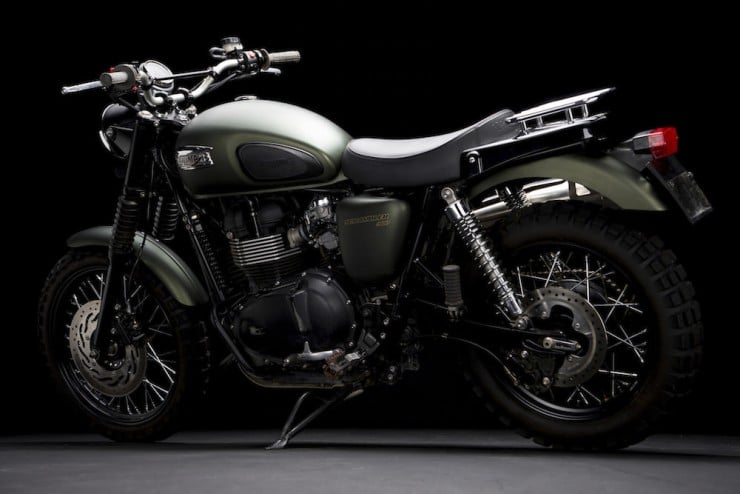 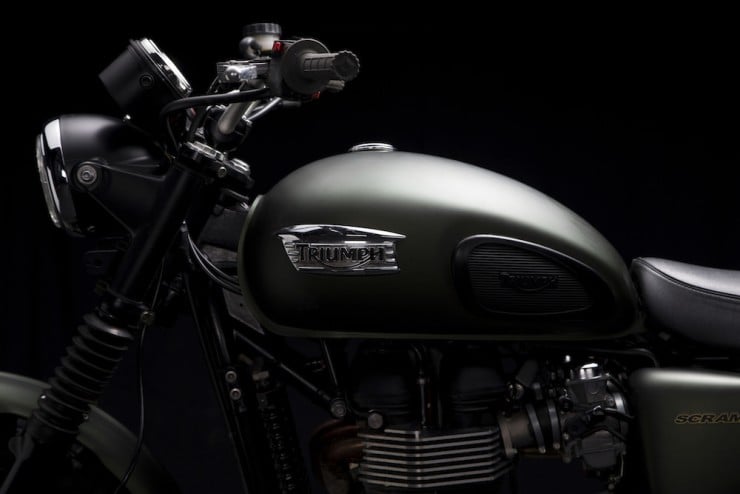 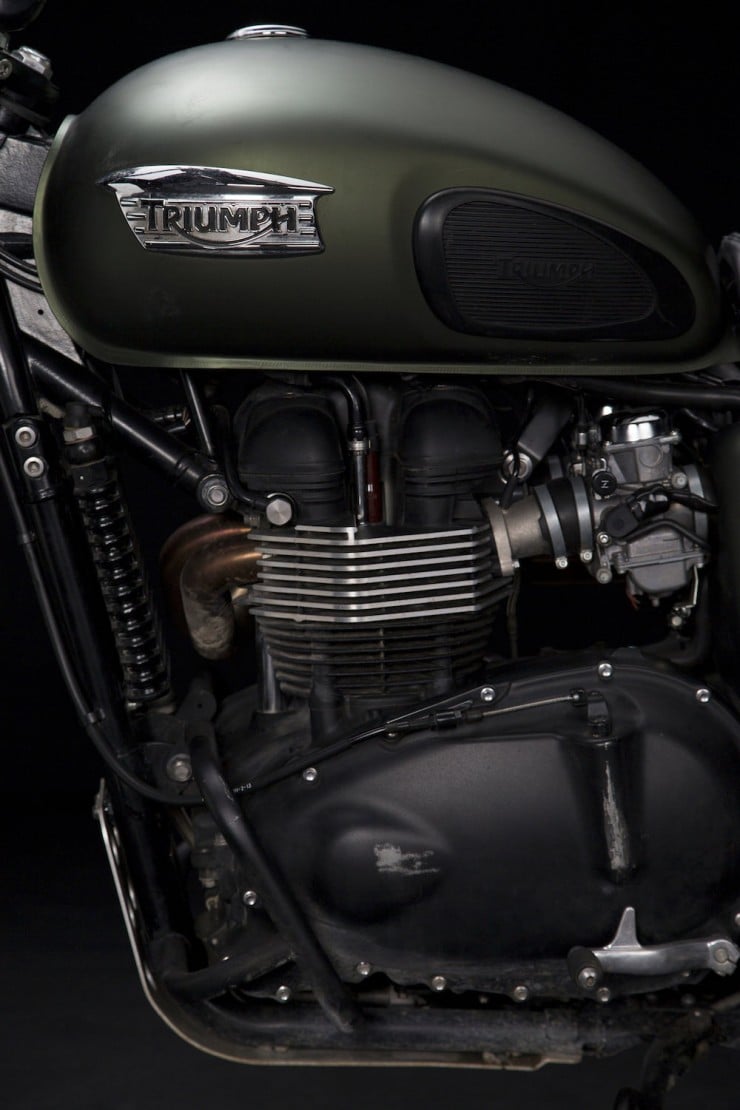 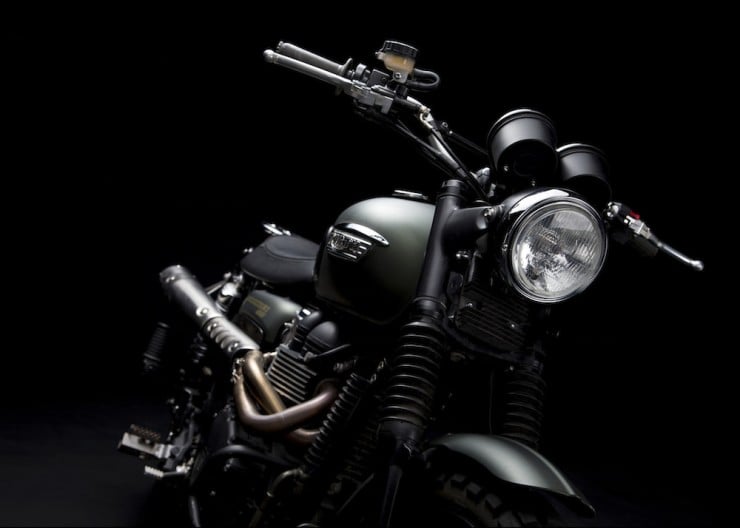 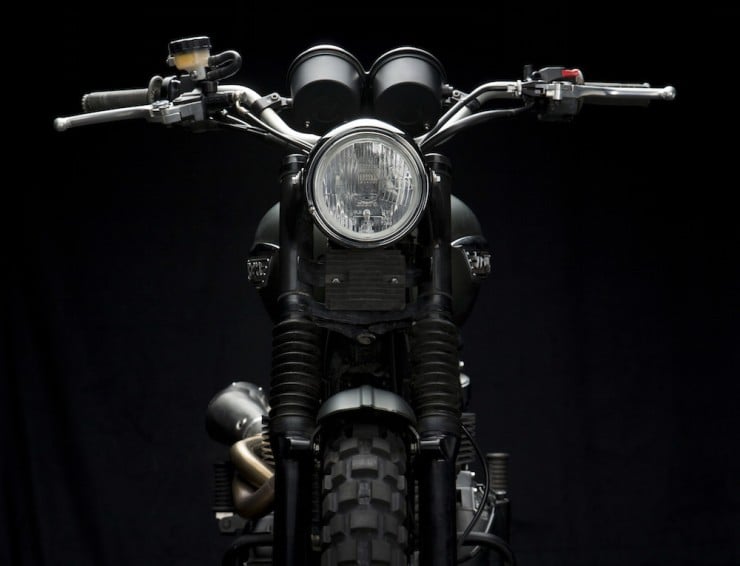 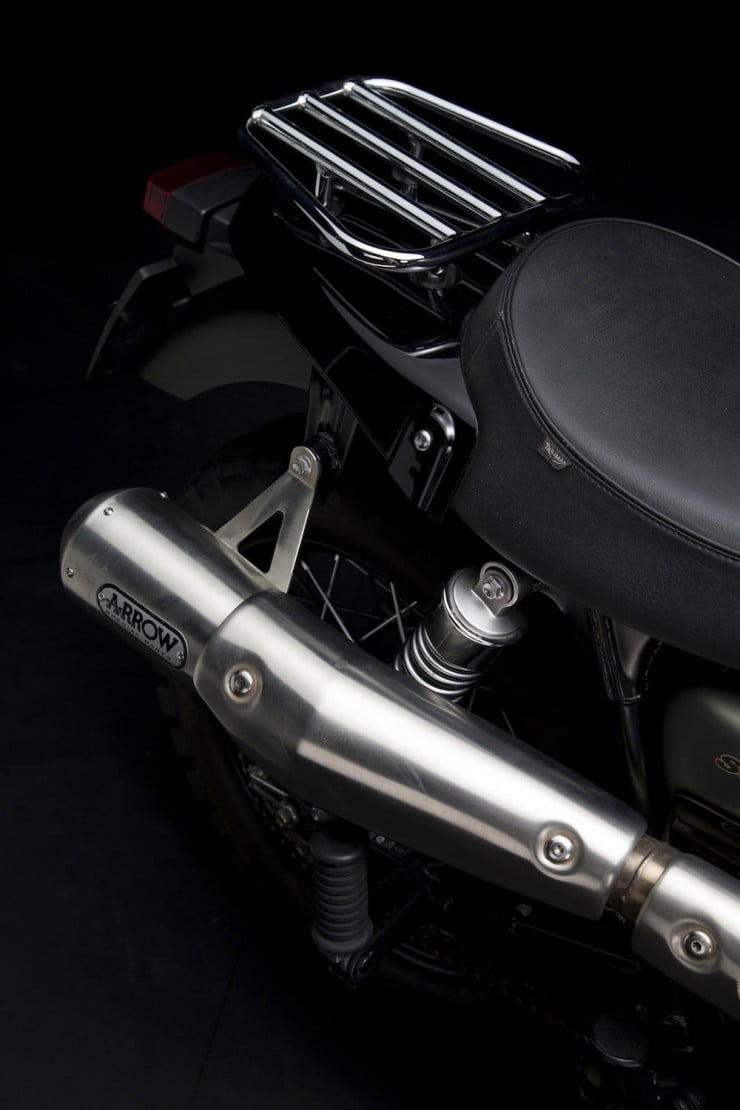 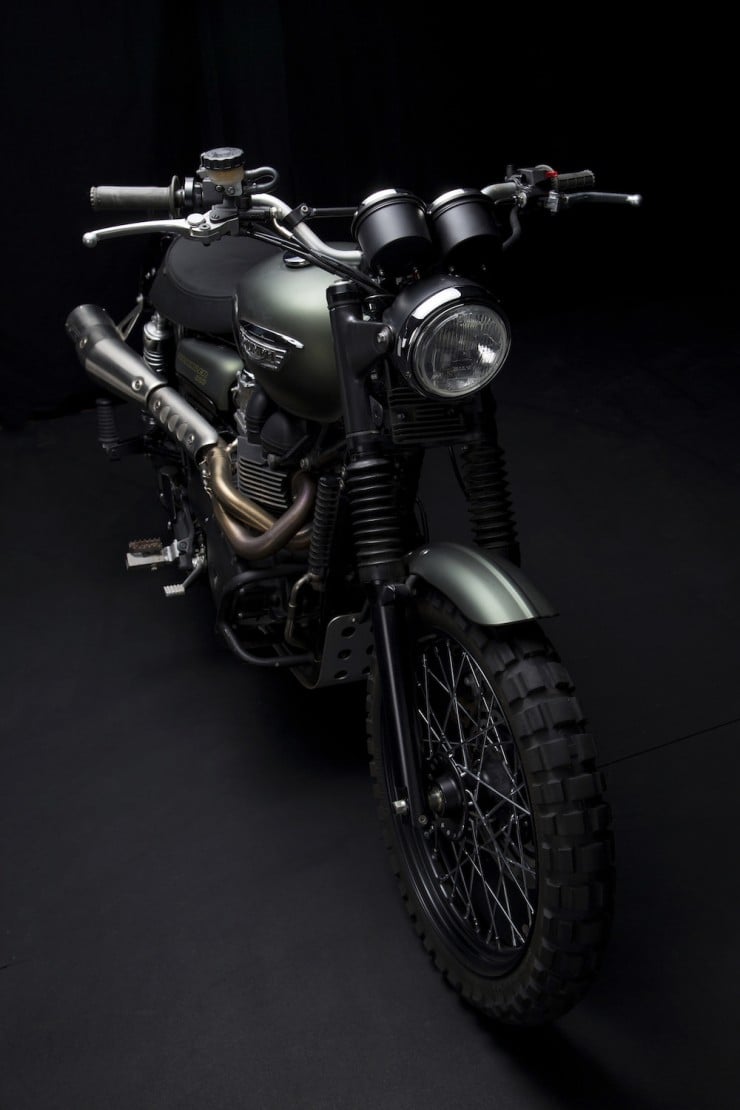 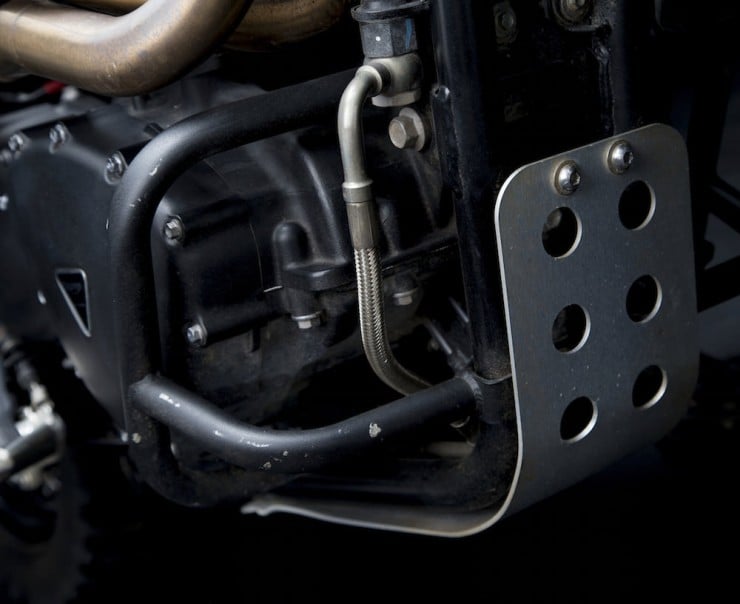 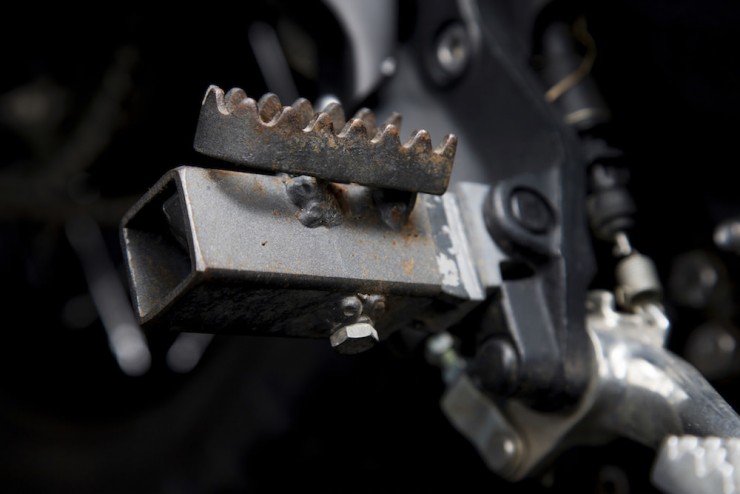 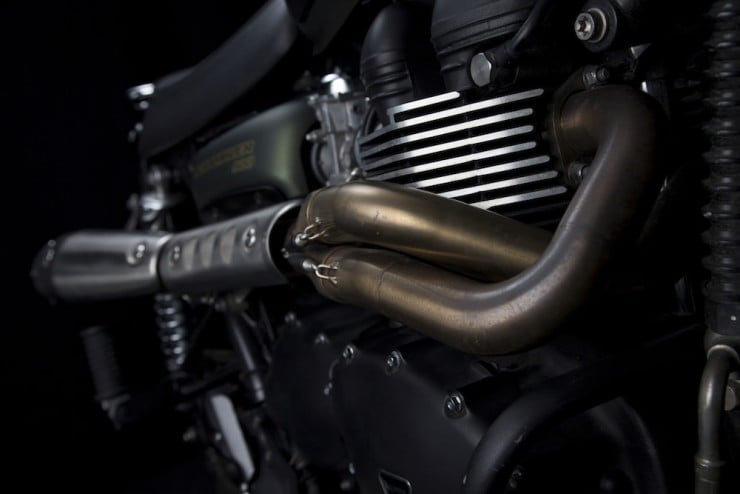 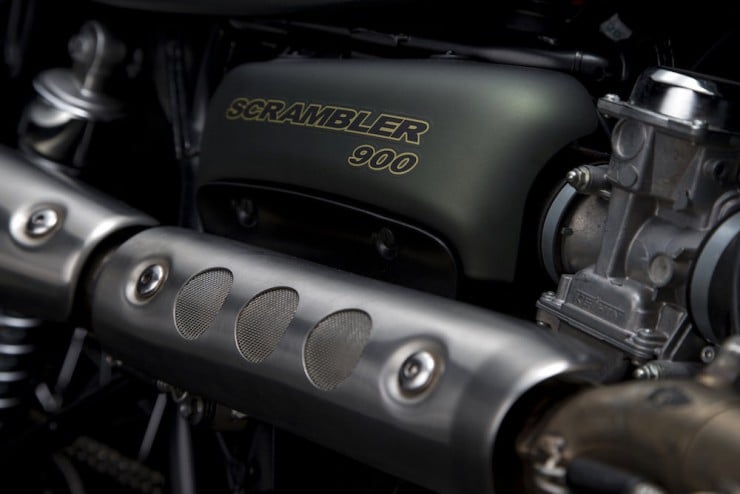 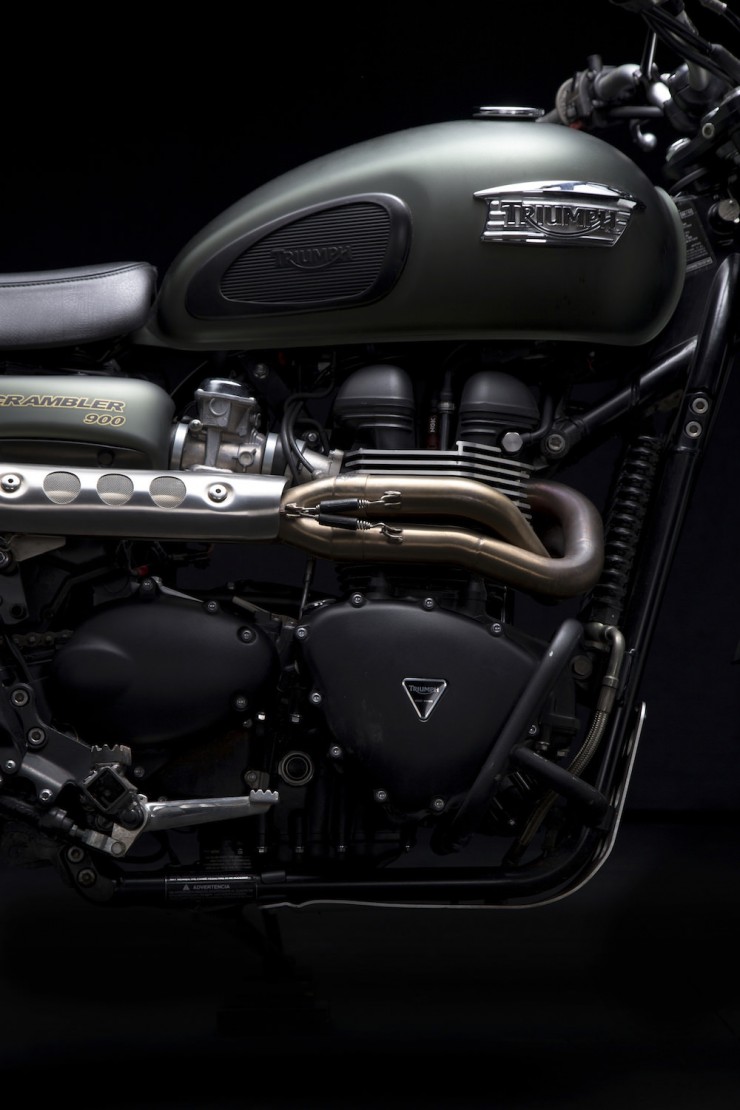 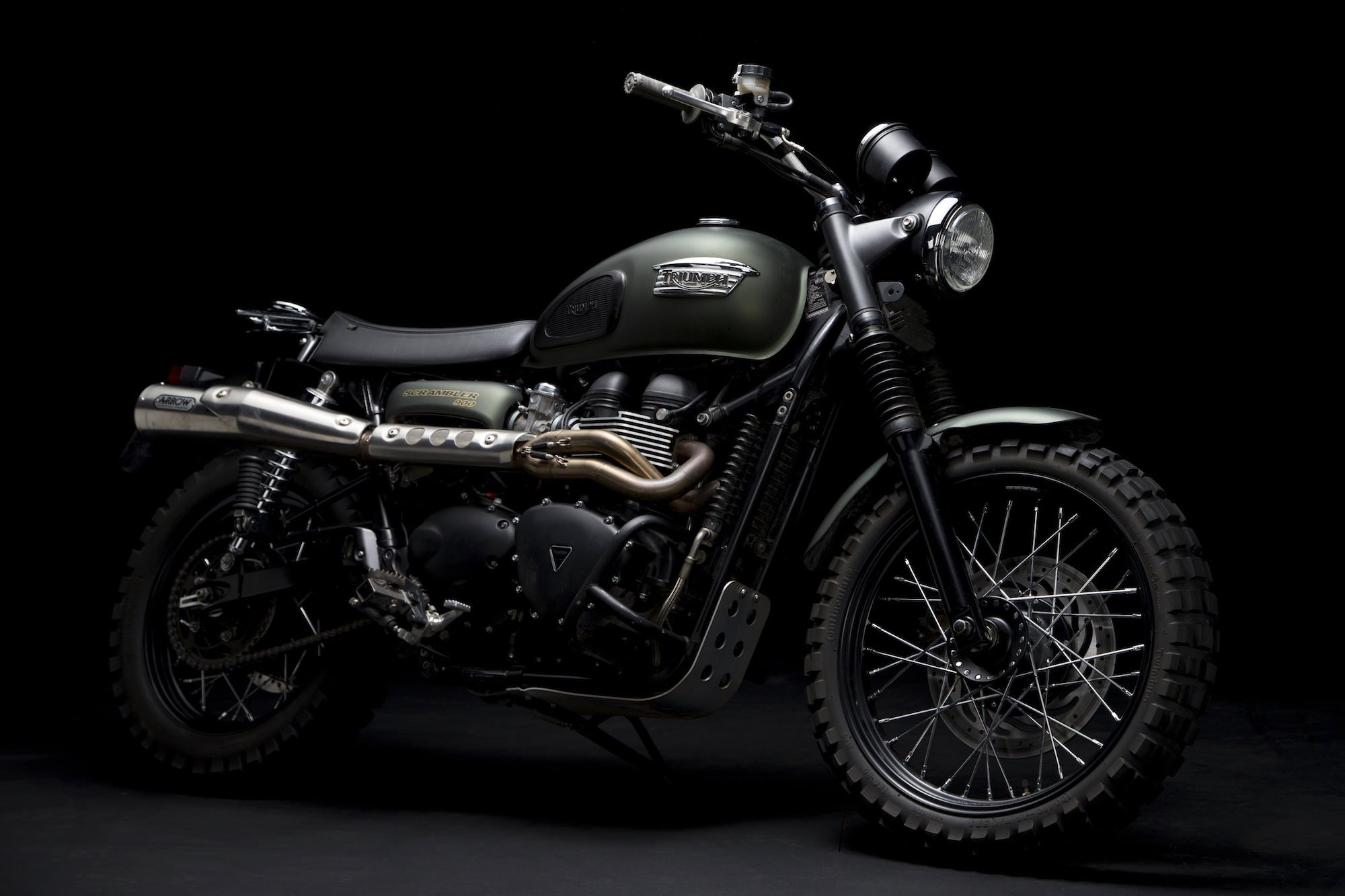