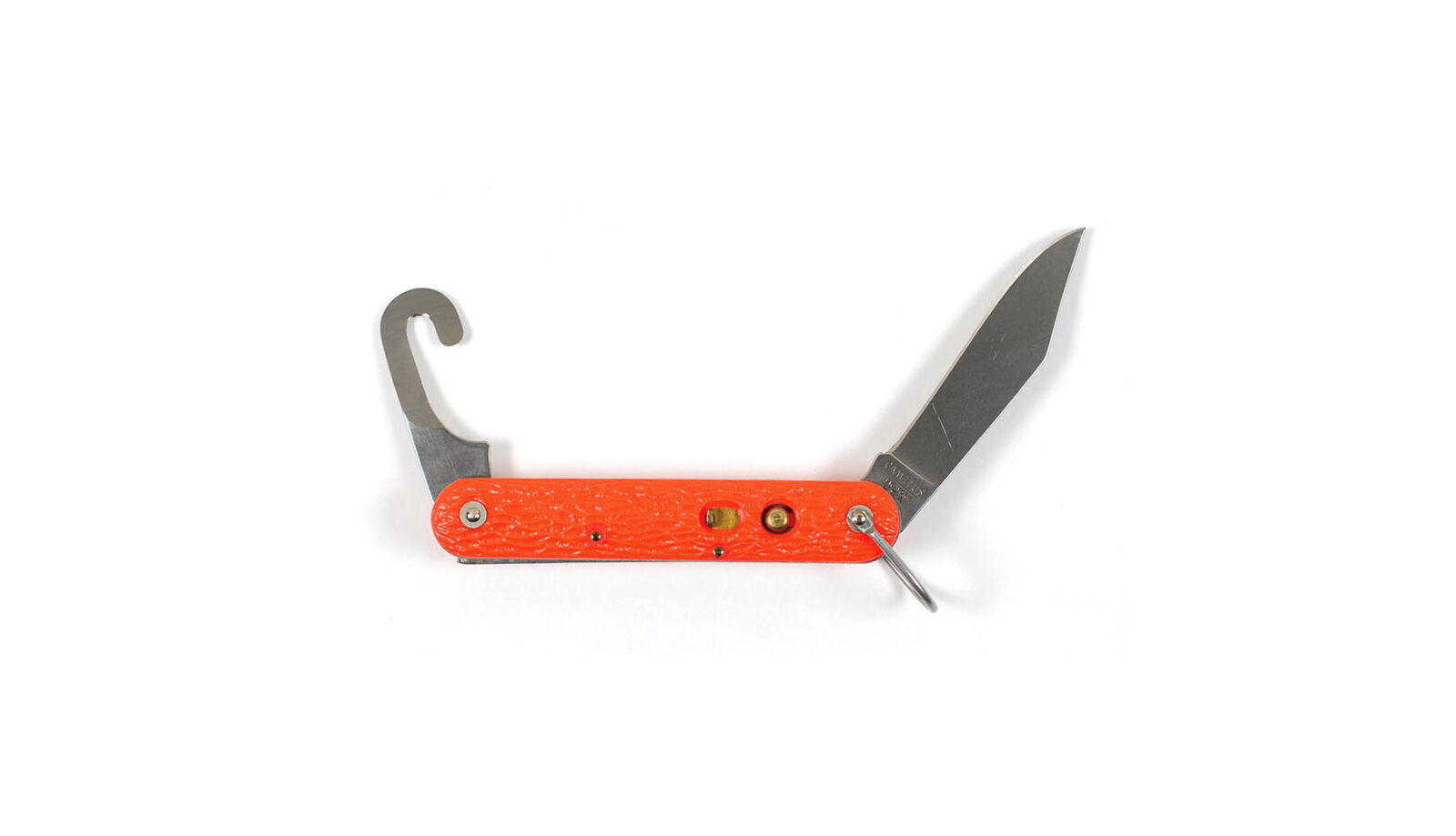 Until very recently I wasn’t aware that NASA’s Gemini astronauts were issued with switchblades for emergency use, it’s likely that the knives were intended to be used in the result of a crash landing in a forest or jungle rather than the ocean as planned. Soviet cosmonauts from the same era were issued with machetes for much the same reason.

The knife you see here spent 25 hours and 52 minutes in space on the Gemini 6 mission in late 1965, it was made by Camilus of New York and it still bears it original NASA serial numbers and documentation. If you’d like to read more about it or register to bid on it you can click here to visit RR Auction. 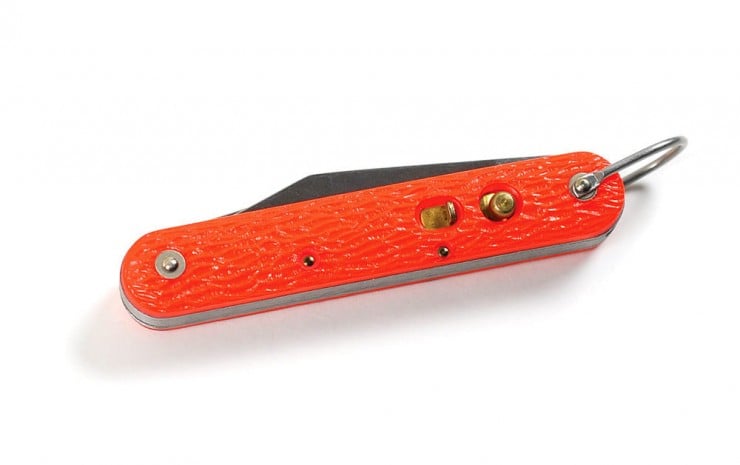 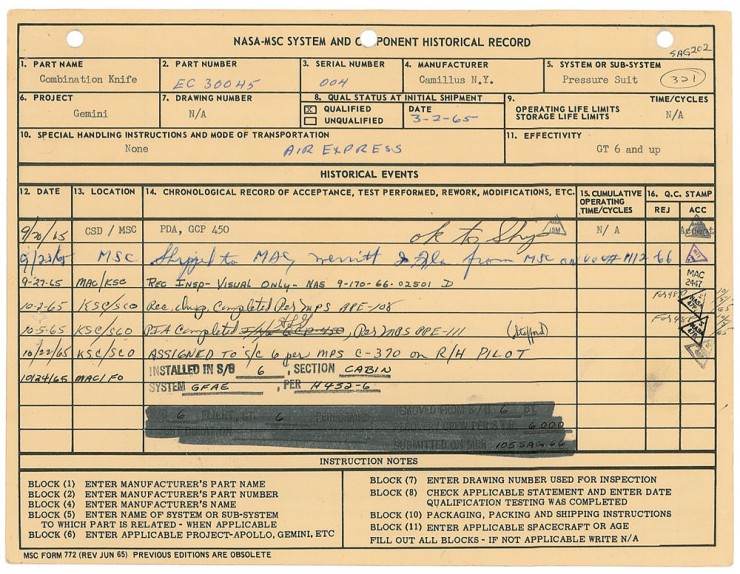 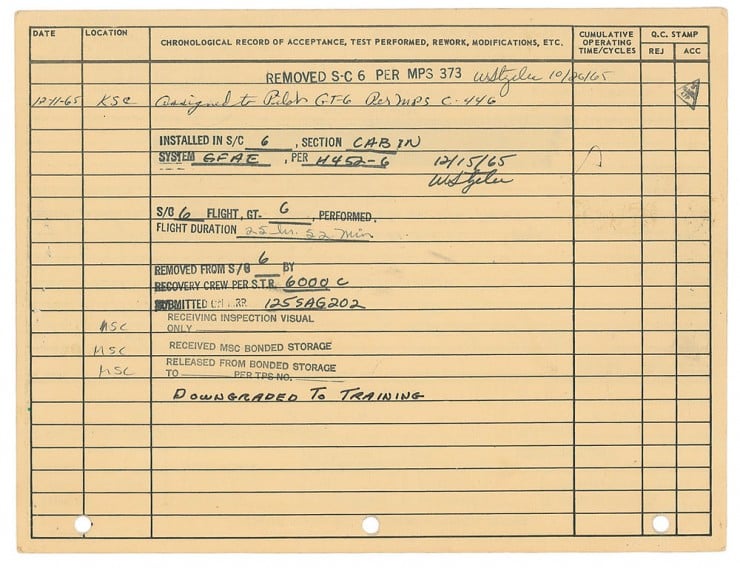 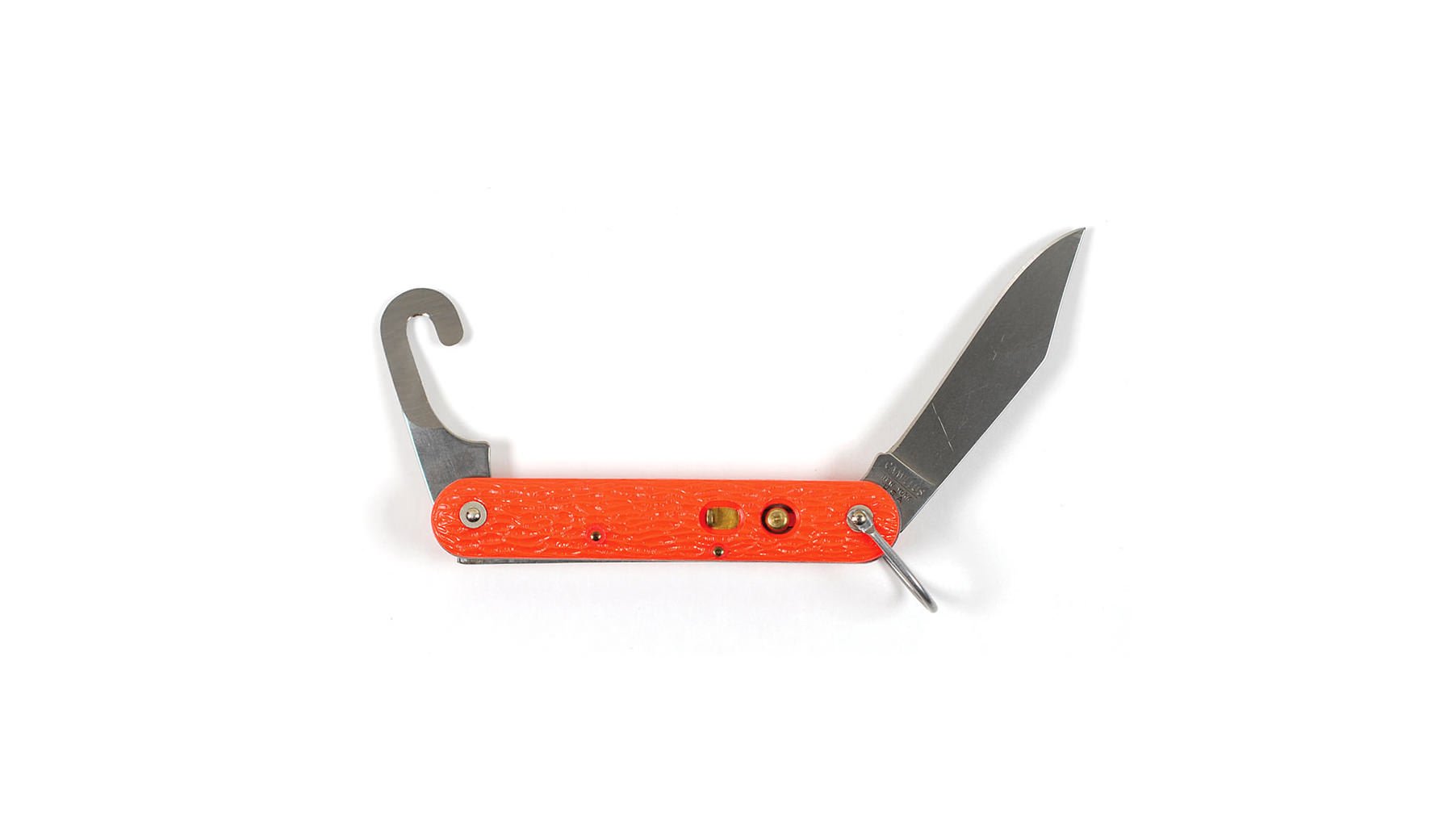