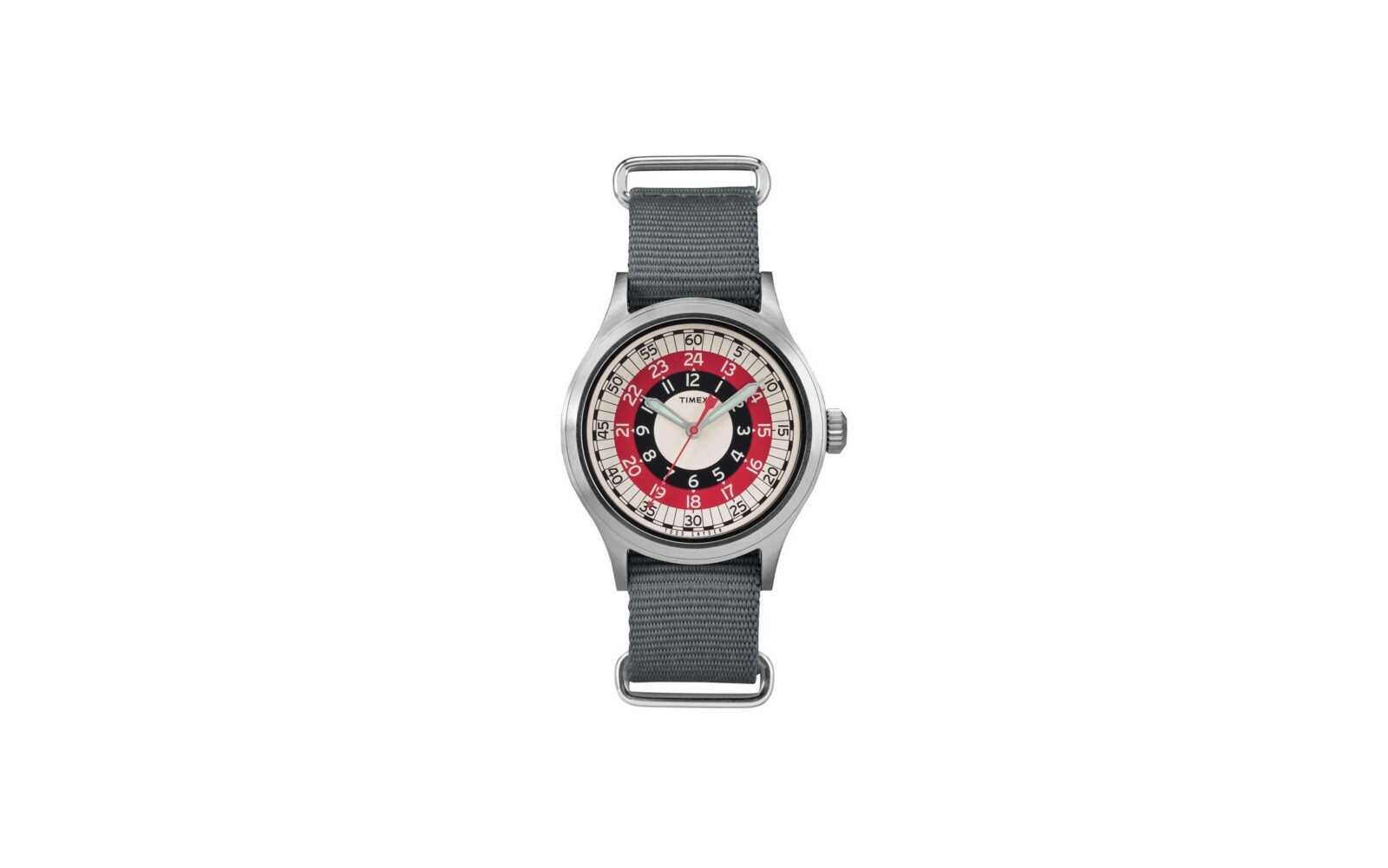 The Timex x Todd Snyder MOD is a recent collaboration between what is almost certainly America’s most famous watchmaker and American designer Todd Snyder.

Timex was founded as the Waterbury Clock Company in Connecticut in 1854 and made a name for themselves producing clocks in Connecticut’s Naugatuck Valley, nicknamed the “Switzerland of America” due to the large number of clock makers in the region.

Over the intervening decades the company would pivot a number of times, making a nationally famous $1 pocket watch, making wristwatches for American GIs in the First World War, and even making components for the guidance systems in American missiles.

Most who know of Timex know its advertising slogan from the mid-1950s – “It takes a licking and keeps on ticking”. This is the ethos that has defined Timex in the years since, and today they still make watches famous for their toughness and low cost.

The Timex x Todd Snyder MOD is based on the archival Timex bullseye design, it has a durable stainless steel case with brushed finish, and an inexpensive, reliable, accurate, and maintenance-free quartz movement.

The watch is water resistant to 50 meters and it has a hardened mineral glass crystal, with a nylon military-style, slip-through strap.

This may not be a watch you’d wear to the office, but it’s an ideal weekend watch that’ll never let you down, and at $138 USD it’s remarkably good value. 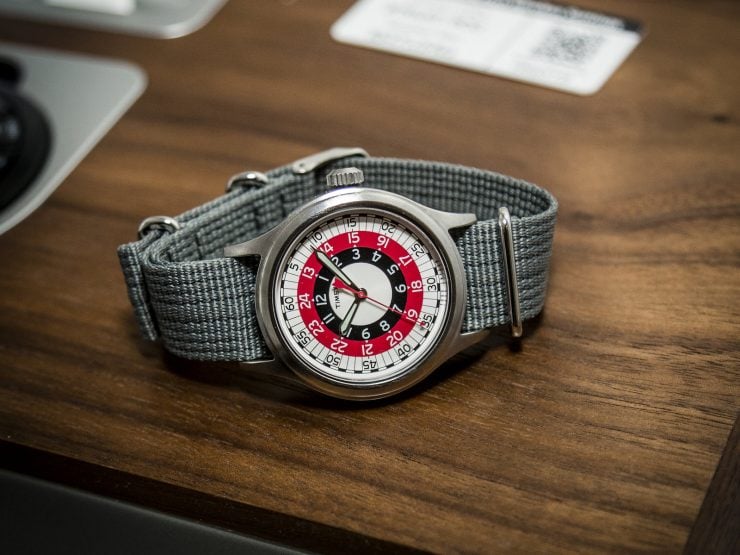 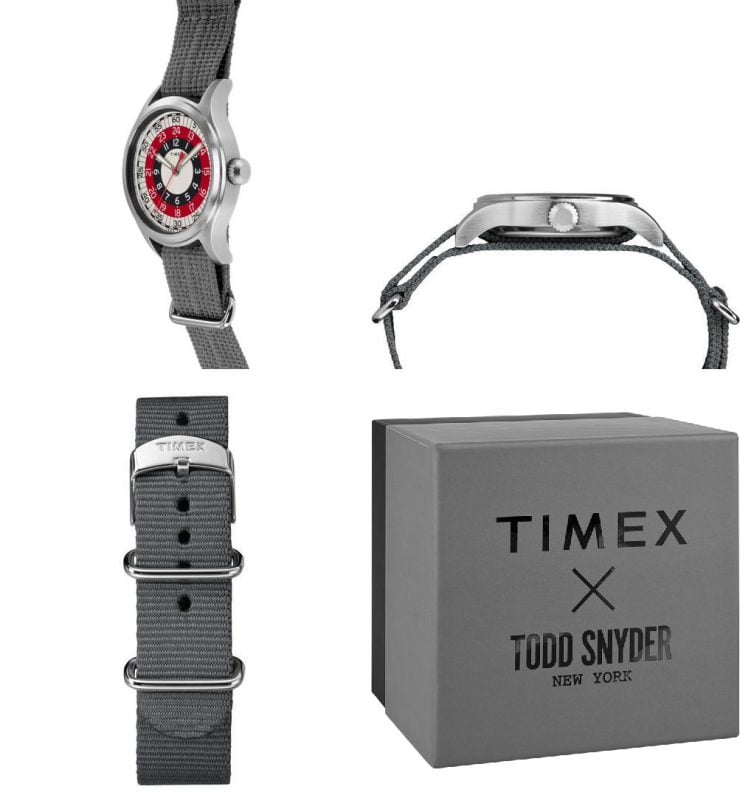 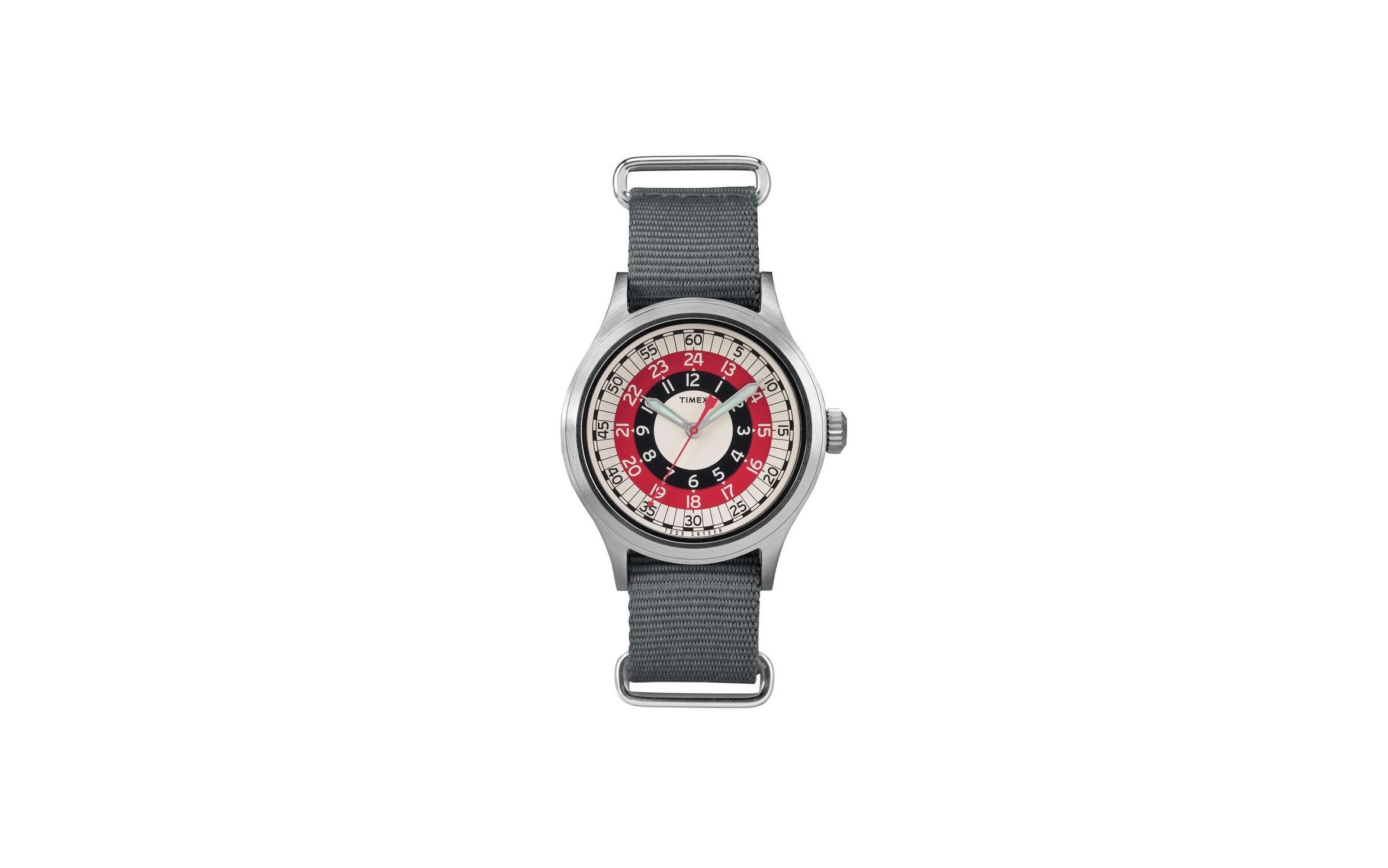