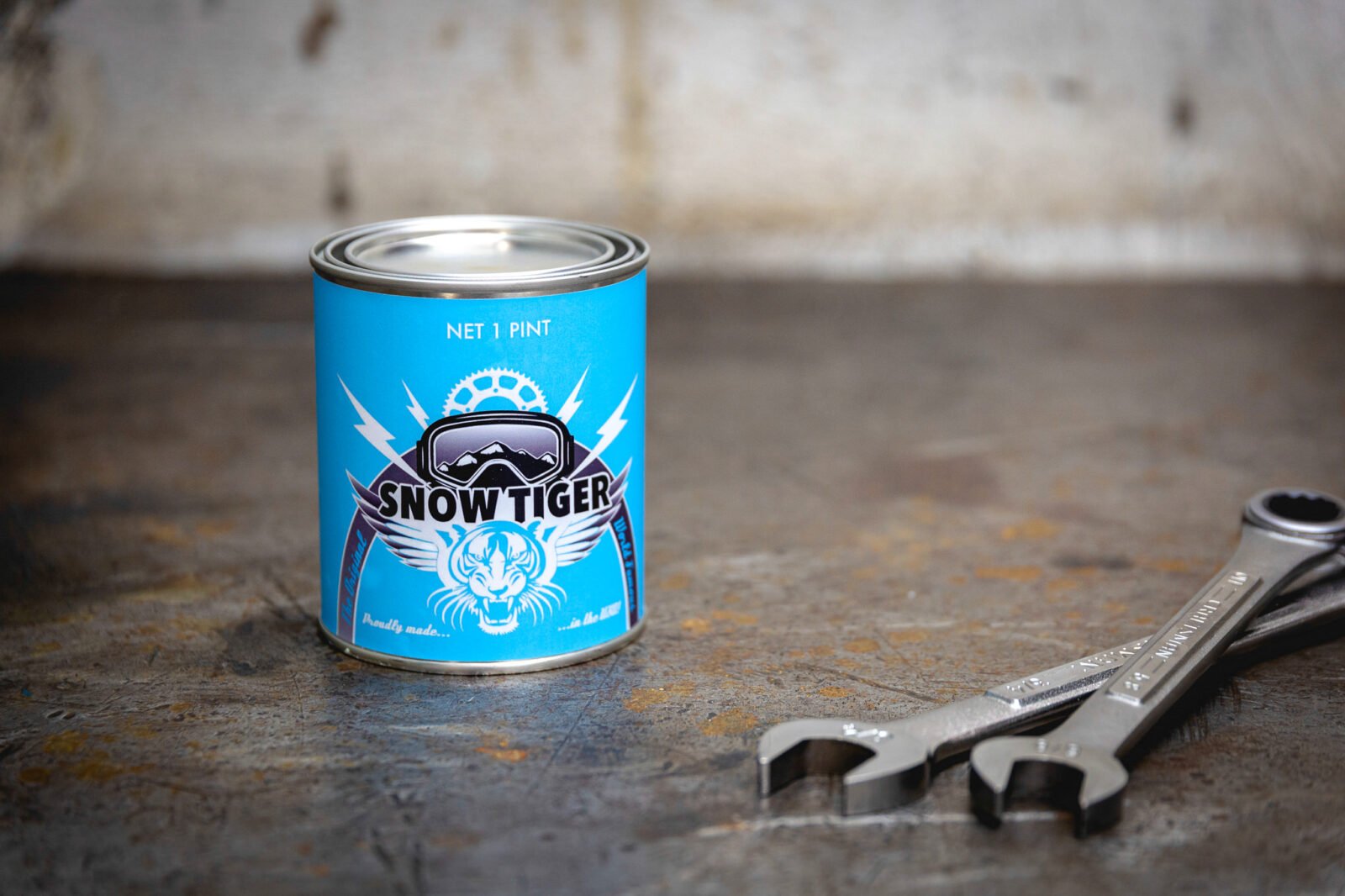 This is the new Snow Tiger scented candle by the team at Flying Tiger Motorcycles – it’s a scented candle that uses two-stroke snowmobile racing oil and a combination of other ingredients to give it the scent of aromatic pines, snow-covered woodland trails, and the intoxicating aroma of burnt two-stroke fuel.

Flying Tiger Motorcycles invented this genre of candles a few years ago with their first regular two-stroke scented candle release which sold in surprisingly high numbers. 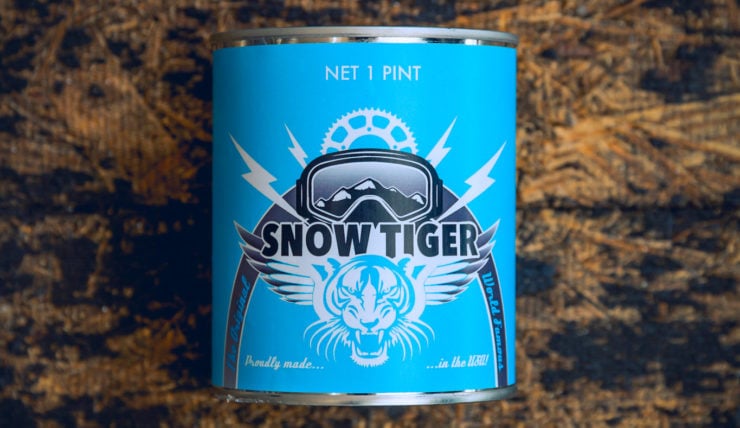 The Snow Tiger candle measures in at 4″ high and 3.75″ wide with a volume of 1 pint and a weight of 16 oz. Inside you’ll find all natural soy wax and a two-layer wooden wick design.

Each of these candles is hand-made by the team at Flying Tiger Motorcycles, they make excellent gifts for the petrolheads in your life, and they make excellent conversation pieces for your living room, garage, or shed. The smell is designed to evoke memories of being out in forested mountains on your snowmobile, and it’s been carefully developed to be non-toxic.

There are a number of other unique scented candles for sale on the Flying Tiger Motorcycles website, as well as some other products, and if you order this week you can still get them before Christmas in the USA.