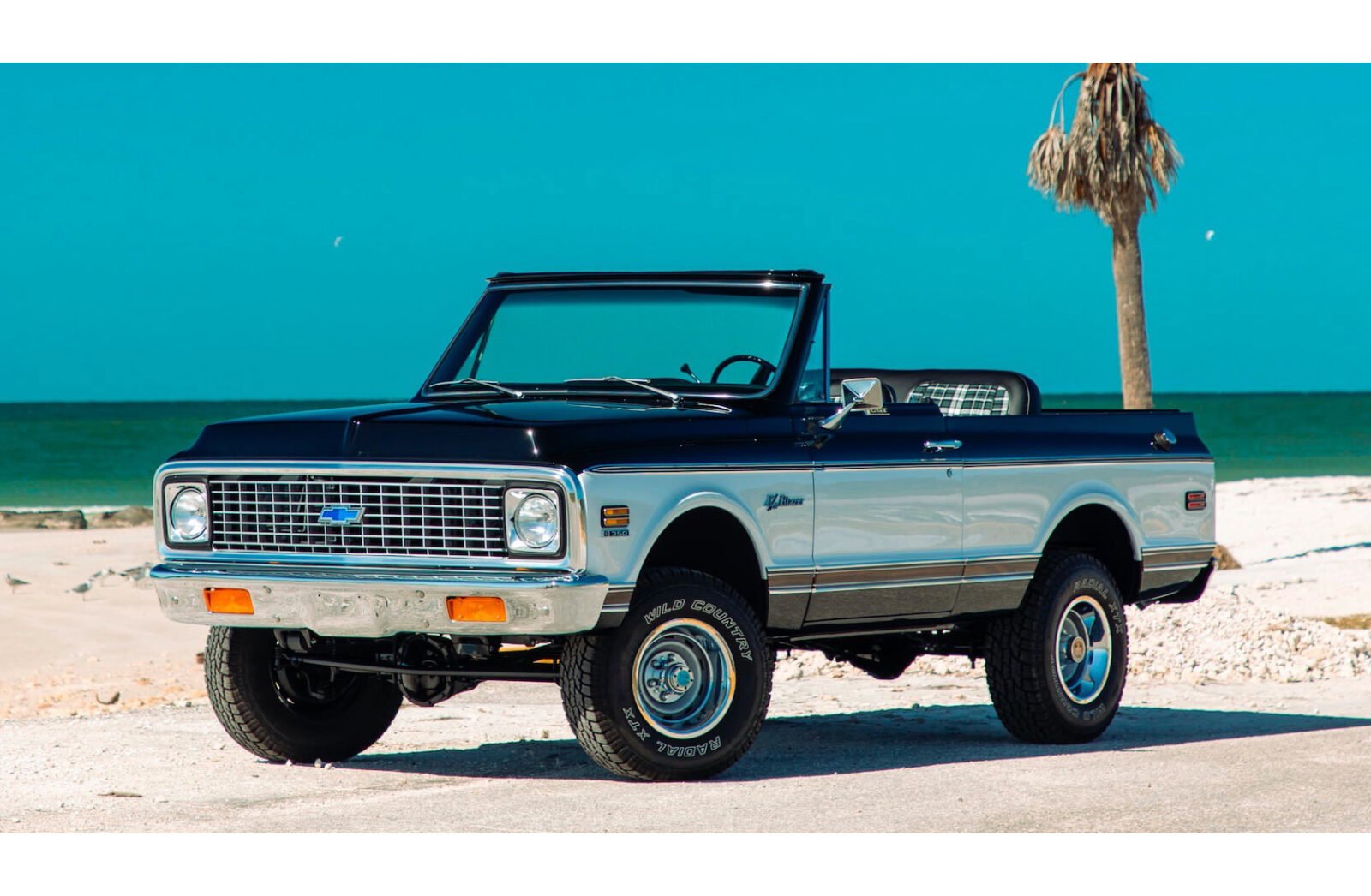 The Chevrolet K5 Blazer you see here has been modified with a brand new 376 cu. in. LS3 crate engine producing 480 hp – considerably more than even the highest power engine option was capable of back in 1969 when the Blazer was introduced.

Far from being just an LS swap, this Blazer has seen a comprehensive rebuild designed to allow it to better handle the almost 500 horsepower being produced at the flywheel. It’s now riding on new suspension, it has four wheel disc brakes with stainless steel lines, a new brake booster, and it has rebuilt front and rear differentials.

That LS3 crate engine is sending power back to a new 4L80E overdrive 4-speed transmission with a TCI trans controller, from there it’s sent backwards and forwards by the original rebuilt 205 transfer case with a custom adapter. It’s fitted with period correct steel wheels shod with Wild Country Radial XTX rubber made by Cooper Tires. 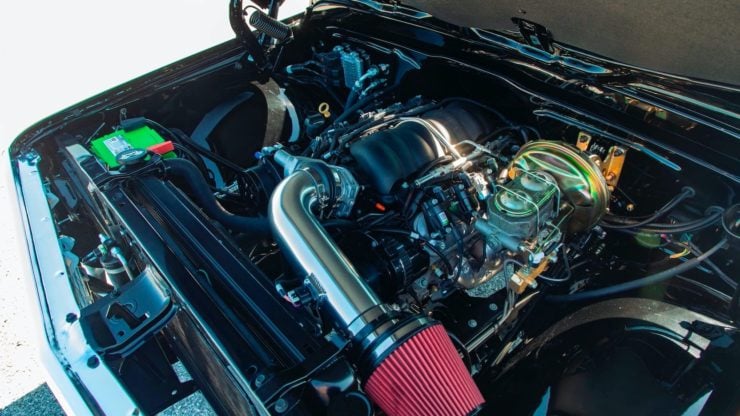 The first generation Chevy Blazer has been seeing a rapid rise in value in recent years alongside other classic four-wheel drives like the Ford Bronco, International Scout, Series Land Rovers, Land Cruisers, and Range Rovers.

For many years the classic car collector community largely ignored four-wheel drives however this seems to be changing rapidly, and we’re seeing some restored and restomodded examples sell for sums well in excess of $100,000 USD.

The Chevrolet K5 Blazer was first released in 1969 to compete with the International Scout and the Ford Bronco, both of these models had proven wildly popular and had become a common sight on American roads and off-road trails.

Much like the Scout and the Bronco the Blazer utilizes body-on-frame construction with a front mounted engine sending power back to a central gearbox and transfer case to either the rear wheels or both the front and rear wheels. This basic architecture was used by almost all four-wheel drives in the world at the time. 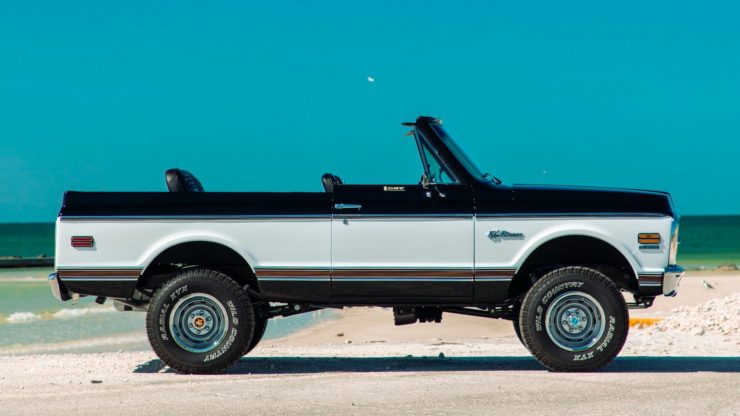 Just a year after it was introduced in 1970 the Blazer was already outselling both of its key rivals, this is thought to be because it offered a slightly longer wheelbase combined with some of the trappings of road car luxury like automatic transmissions and air conditioning.

Both two and four wheel drive versions were available and a variety of engines could be chosen from the 250 cu. in. (4.1 litre) inline-6 all the way up to the range topping 350 cu. in. (5.7 litre) V8. Transmission options included both a 3-speed TH-350 automatic and either a 3 or 4-speed manual.

The first generation Blazer was replaced by the second generation model in 1973, by this time almost 80,000 examples of the first gen Blazer had been built. Due to neglect, rust, and many decades of low values the surviving Blazers are now seeing significant increases in value, and restomodded examples like this generate a lot of attention.

If you’d like to read more about the Blazer you see here or register to bid you can click here to visit the listing. It’s due to roll across the auction block in January and at the time of writing it has no price estimate. 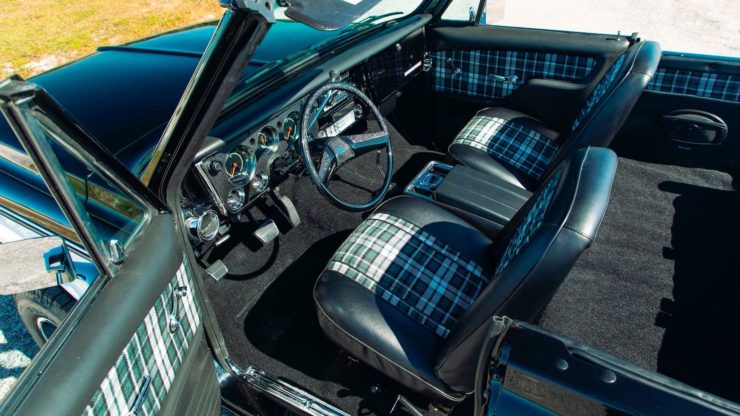 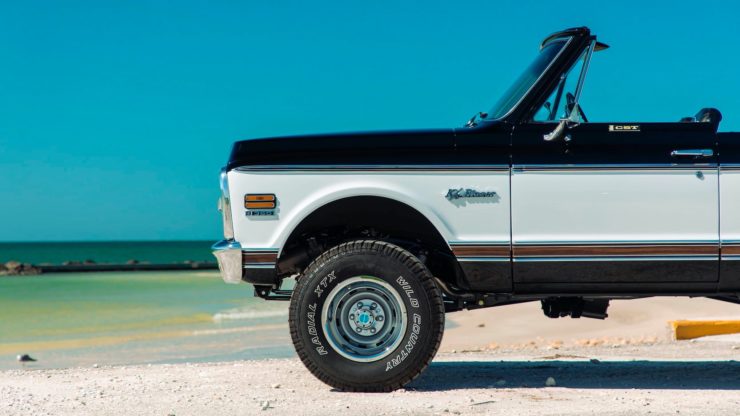 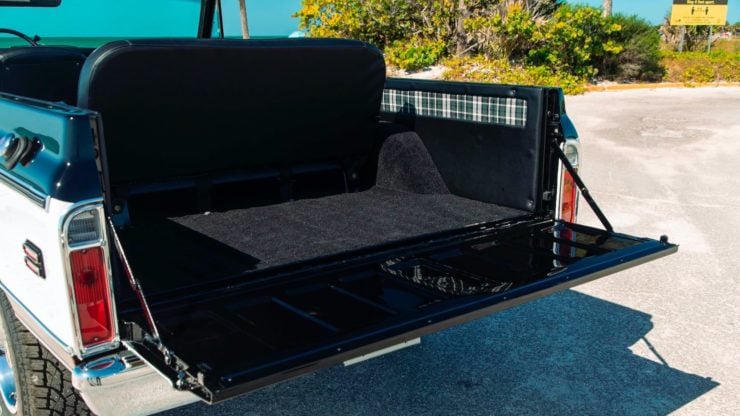 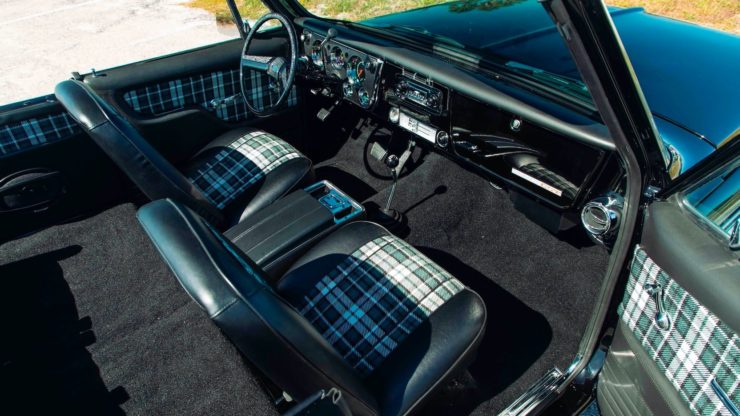 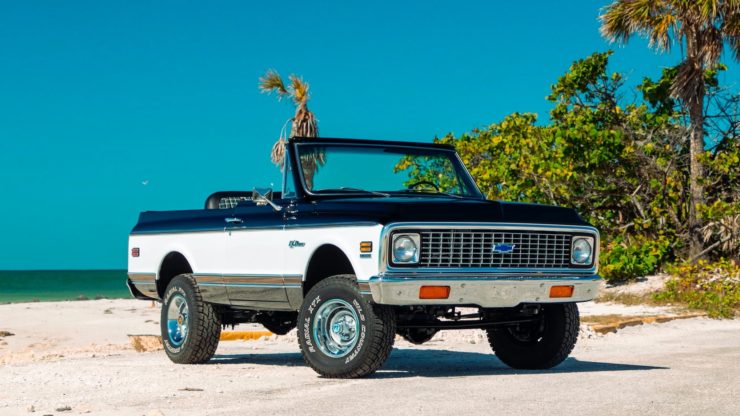 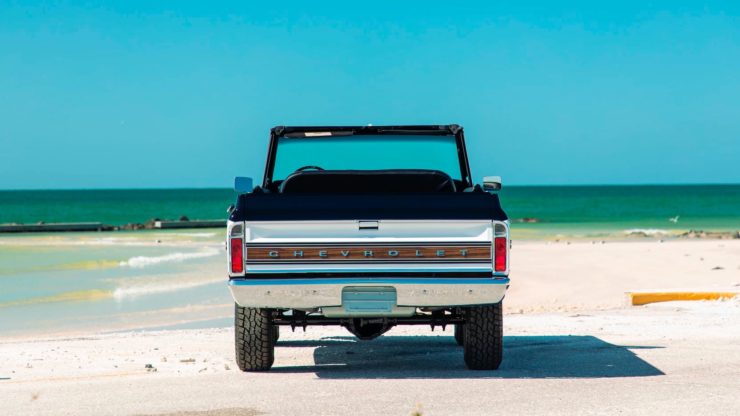 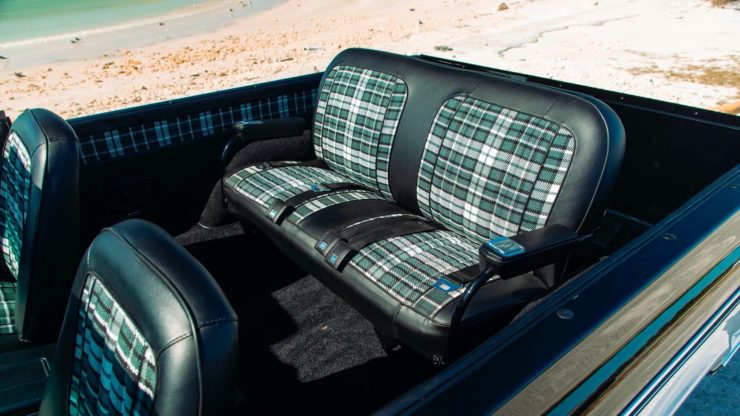 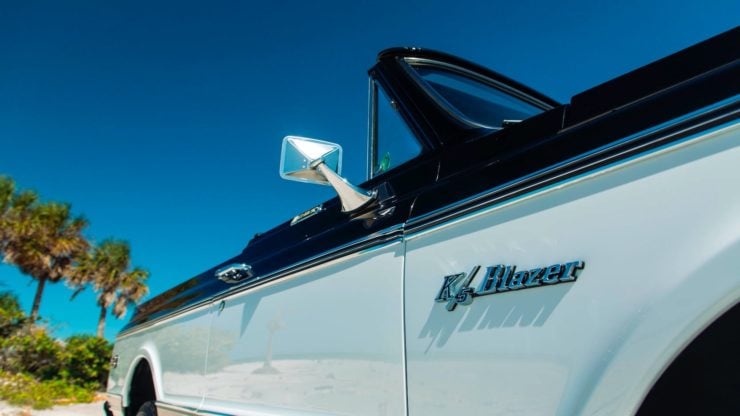 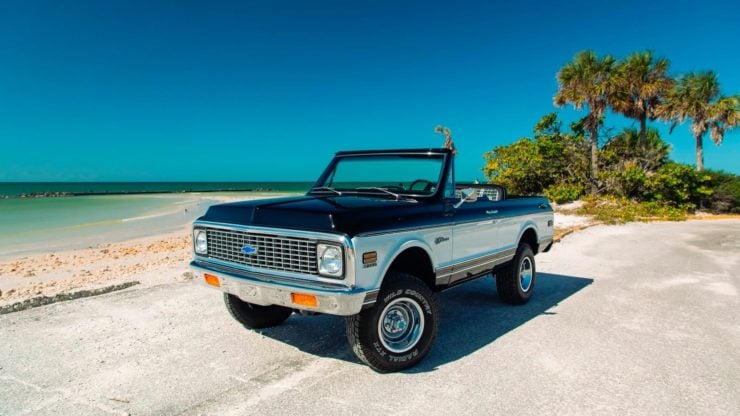 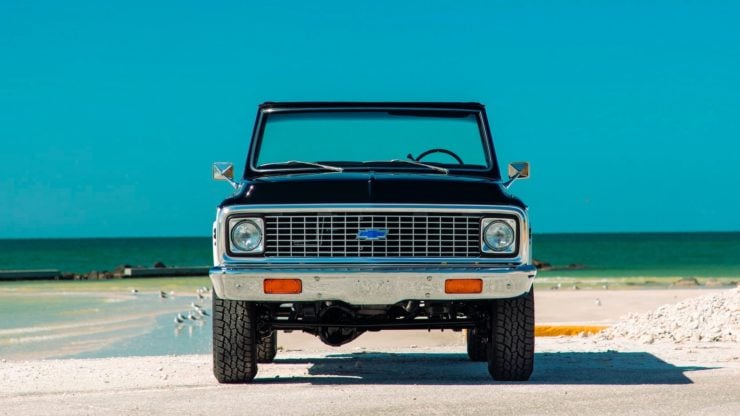 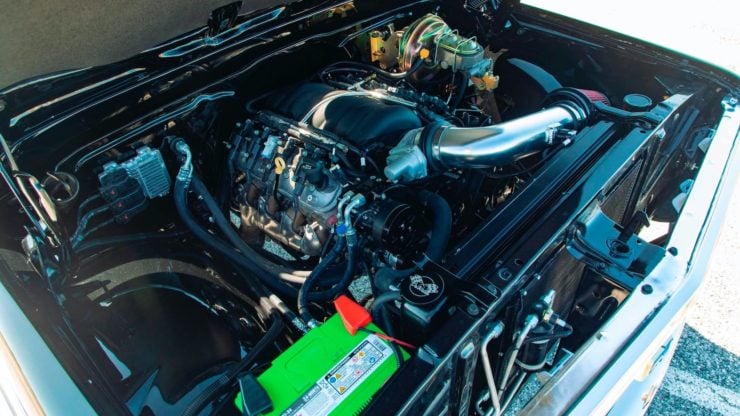 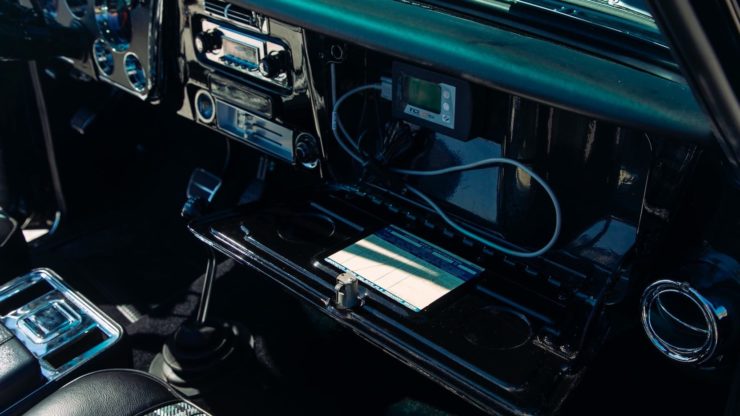 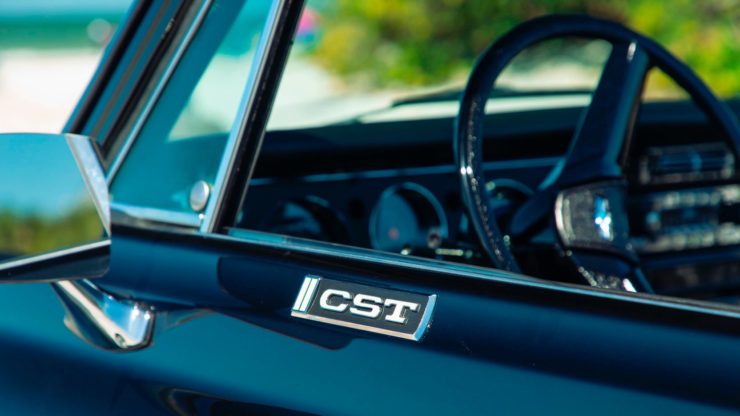 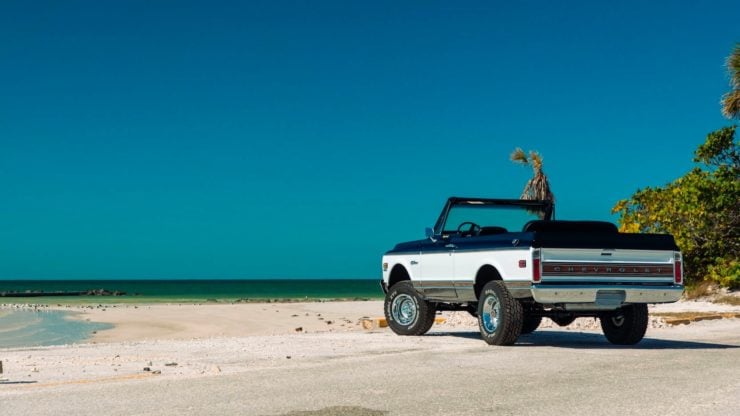 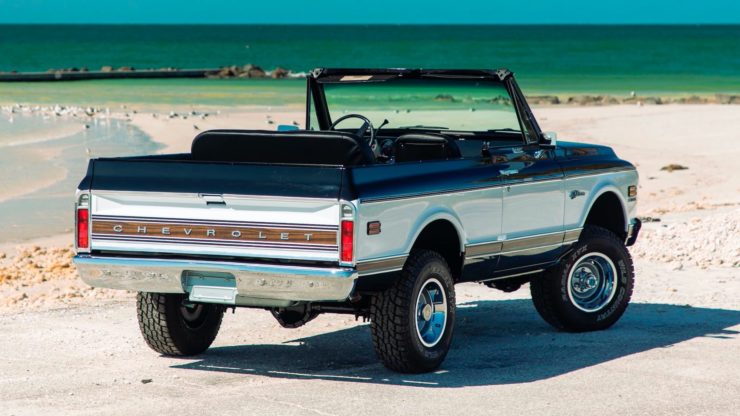 The Block Party Tee By Silodrome – 100% Made In The USA

The Block Party Tee This is the new Silodrome Block Party Tee – each one is screenprinted in Richmond, Virginia onto a high-quality, 100% cotton American Apparel t-shirt. Block parties are a legendary neighbourhood tradition…