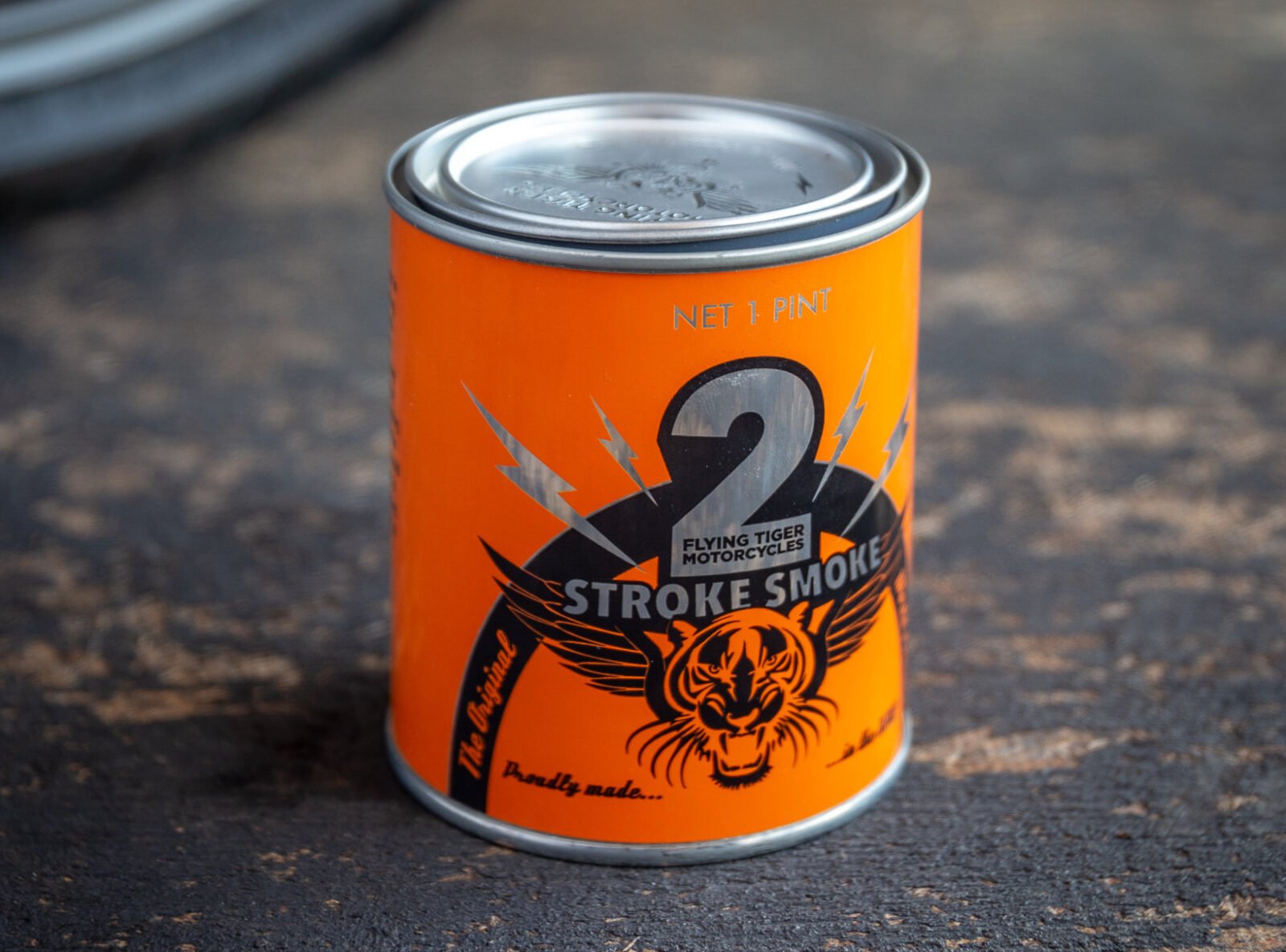 I honestly never thought I’d be the kind of man to have a favourite scented candle, but I do, and this is it.

This is the 2Stroke Smoke Scented Candle by the team at Flying Tiger Moto, each one comes in a tin measuring in at one pint in volume, and it contains a scented candle that gives off an aroma that’ll be familiar to anyone who’s ever spent some time around two-stroke machines.

We first featured this candle two or three years ago and it proved hugely popular both as a gift item for petrolheads, and a personal buy from two-stroke fans who wanted one for their shed, garage, living room, or in one case, their office. 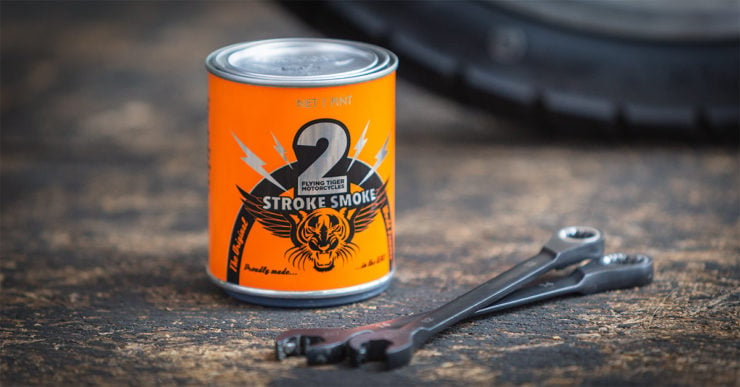 The team at Flying Tiger Moto have gone from strength to strength over the past few years, they’ve released two other scented candles in that time that have been popular, but the 2Stroke model is still the best seller.

Each of these candles sells for $28.50 USD and they make excellent gifts, not to mention great conversation pieces.

Flying Tiger Moto say that the candle delivers a familiar scent of brappy trail rides and supermoto daydreams, in such a way that the EPA won’t perform a search and seizure, and house guests won’t think you moonlight as a moto mechanic in your living room. 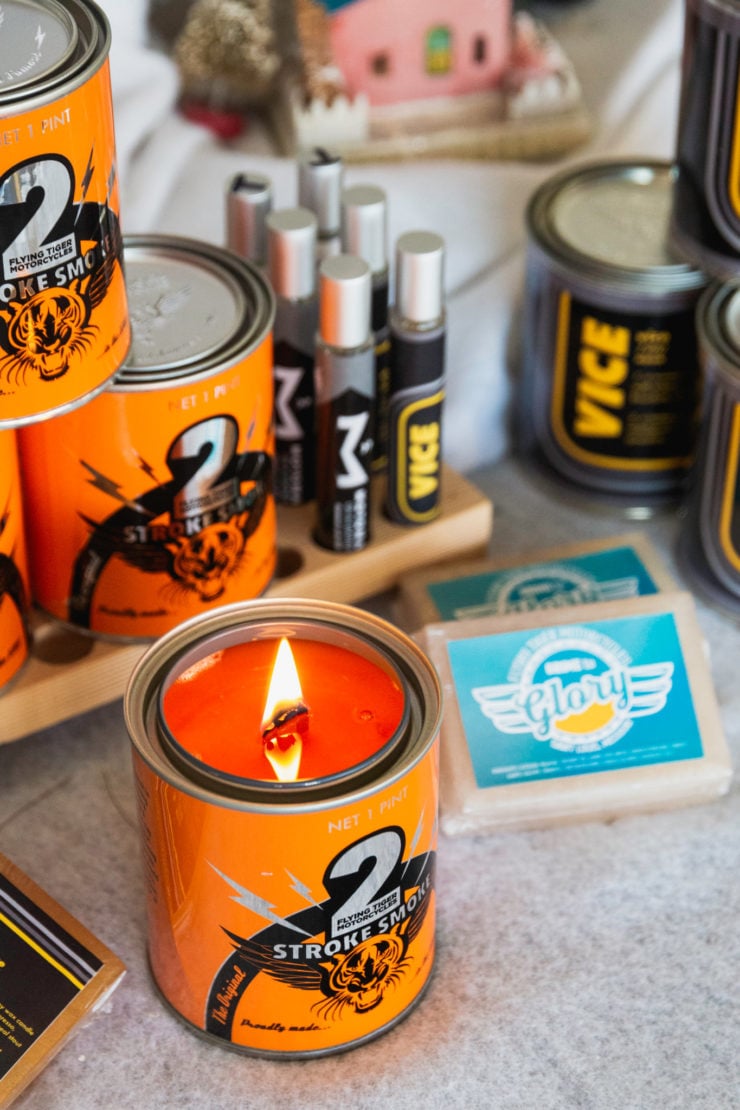 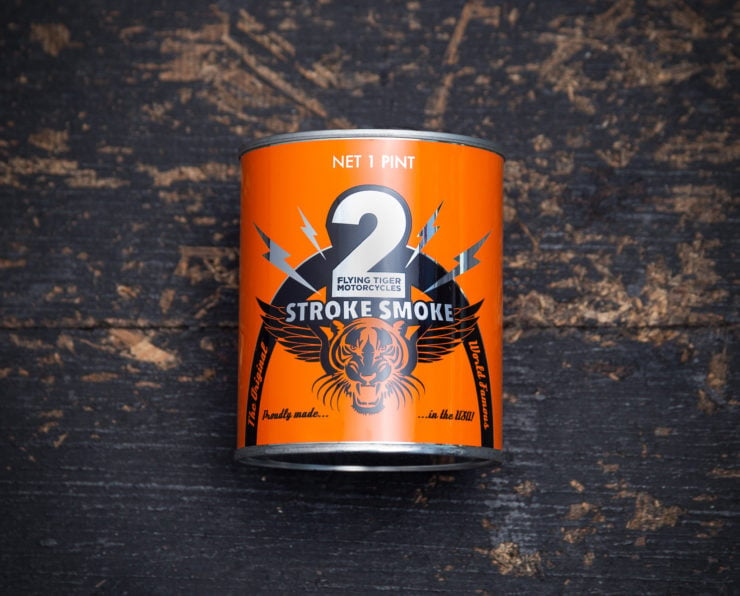 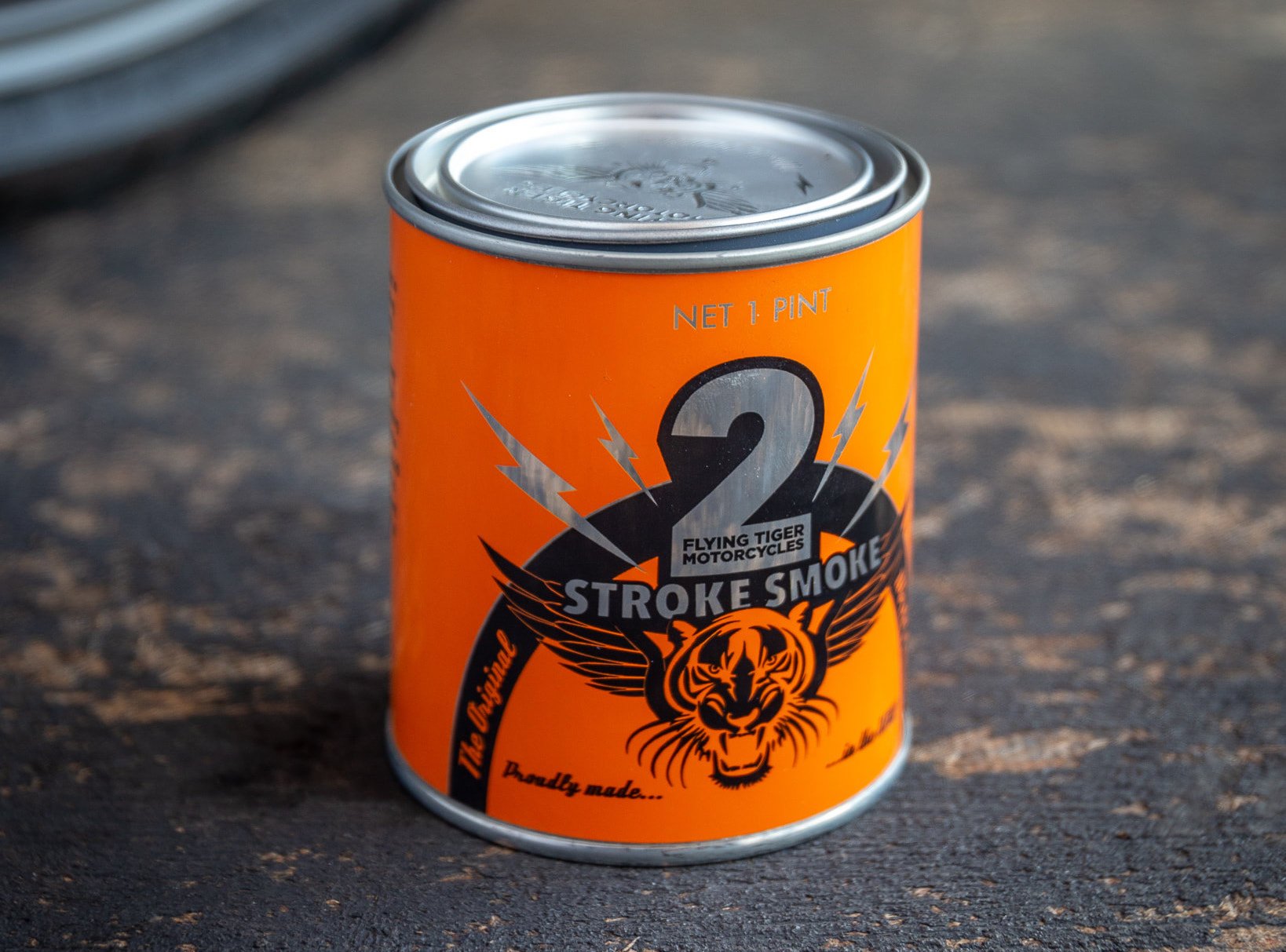