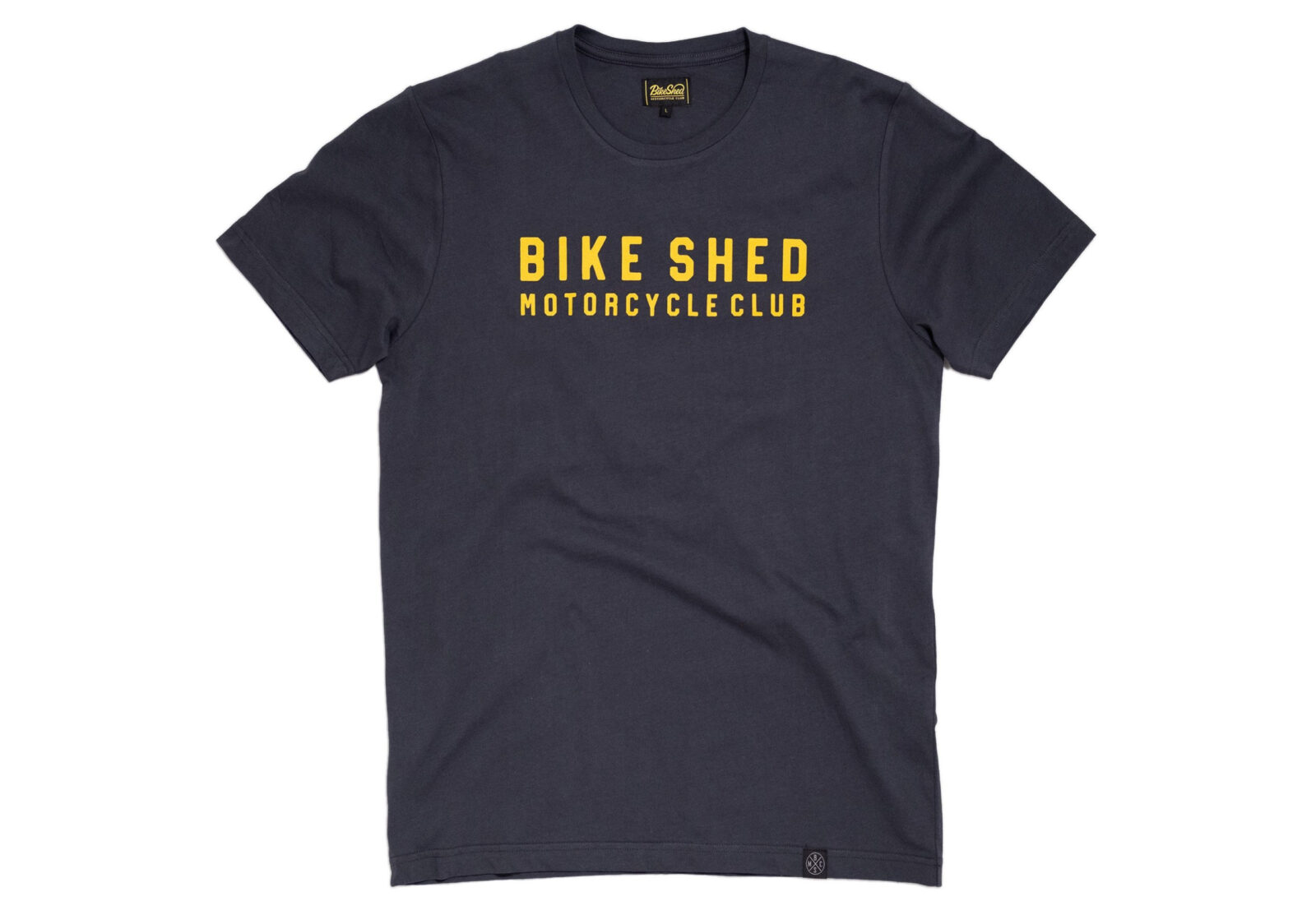 The Bike Shed is one of London’s premier destinations if you happen to be a motorcyclist, it’s a 12,000 square foot location across four renovated railway arches in the heart of Shoreditch. It includes a restaurant/cafe/bar, barber shop, a motorcycle gear and apparel store, and it runs one of the world’s most popular custom motorcycle websites – TheBikeShed.cc

Due to the global Covid-19 pandemic the team at The Bike Shed have worked closely with Team Rubicon UK and the British Red Cross to mobilise community members via a custom app so they can collect collect PPE parts for assembly, deliver assembled PPE gear to front-line healthcare workers, along with food, medicine, and soon we will be distributing NHS lung-capacity testing kits, to see which unwell people might be better off in hospital than at home.

If you’re a UK-based motorcyclist and you want to volunteer you can click here to visit the sign up page and read about what’s involved. 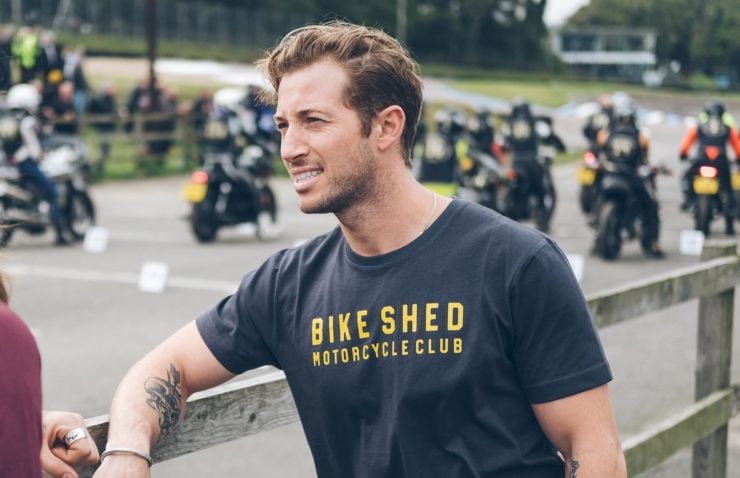 Although The Bike Shed is now famous for their locations in London and Los Angeles it actually started out as an online location run by founder Anthony “Dutch” van Someren, talking about the new wave of custom motorcycles. The site proved popular and soon an annual motorcycle show was held, the popularity of the show led the team to realise there was a market for a permanent location.

The Bike Shed Motorcycle Club Brick T-Shirt is made from 100% 180 gsm cotton, it’s asphalt blue with the script written across the chest in light orange. The shirt comes in 5 sizes from S to XXL and there’s a sizing chart on the website to ensure you get the right size first time.

The Bike Shed offer their apparel and gear via the popular British motorcycle outfitters Urban Rider, and they ship worldwide including North America. 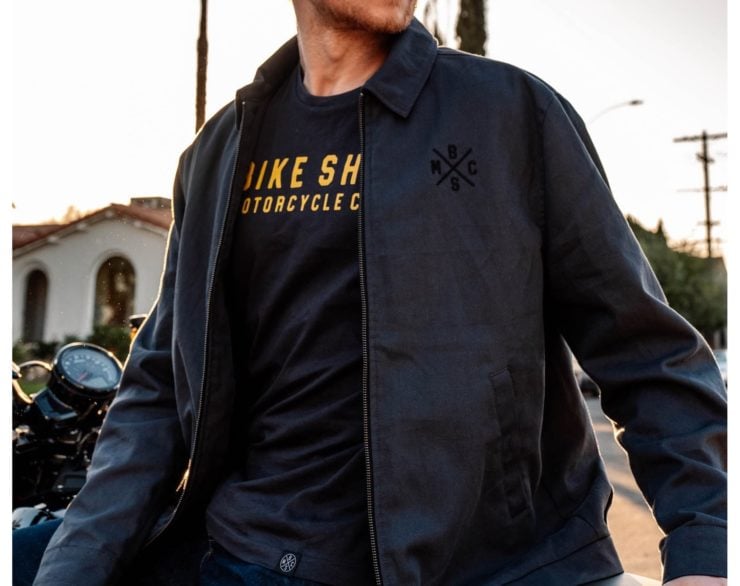 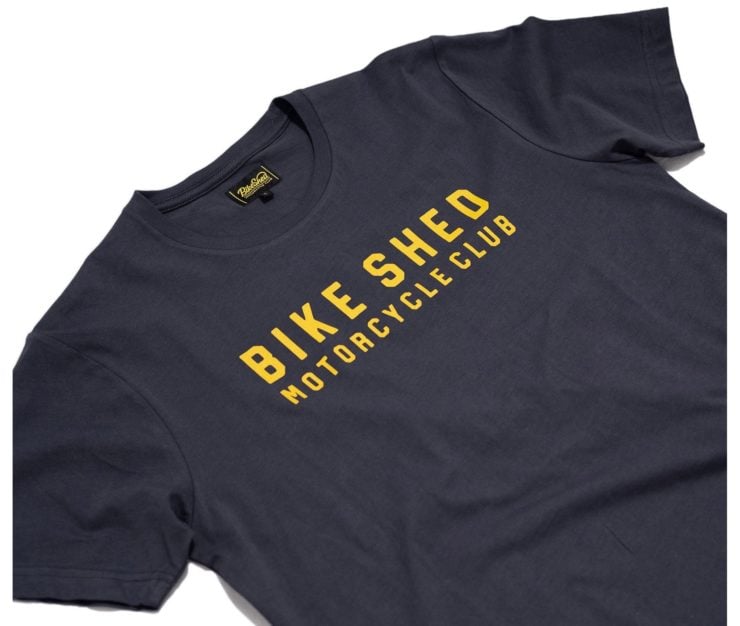 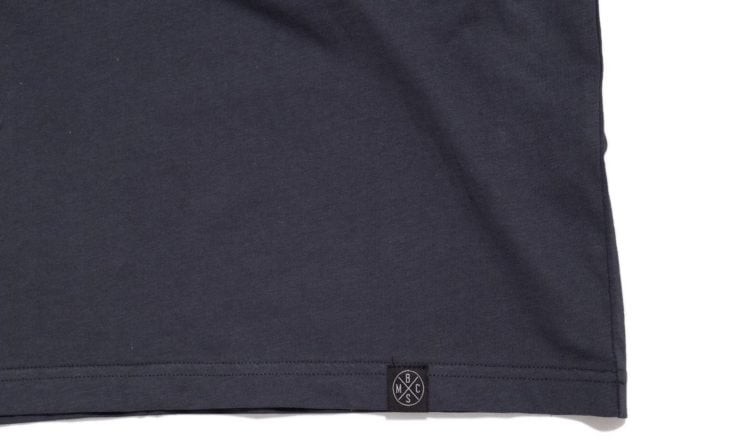 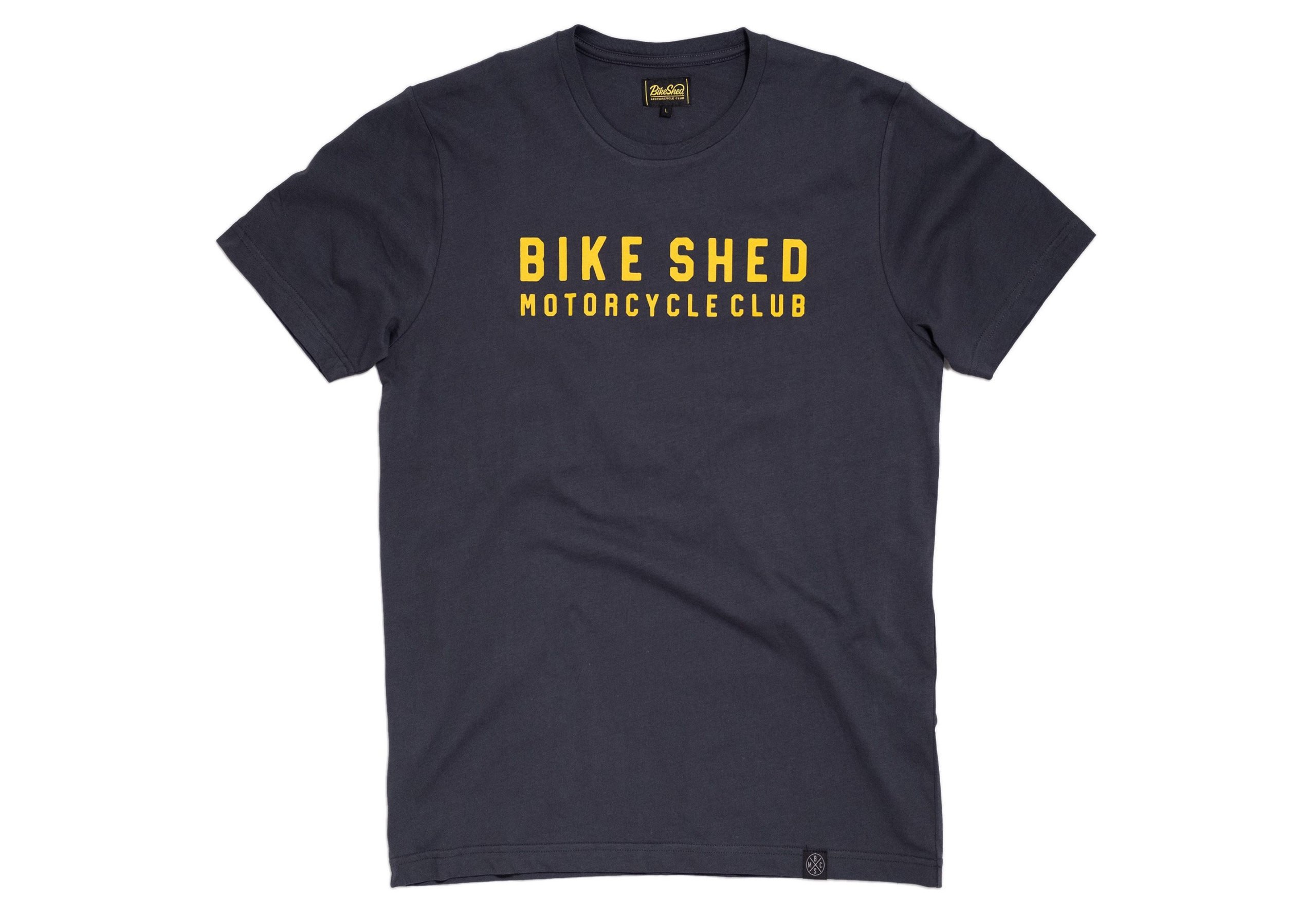