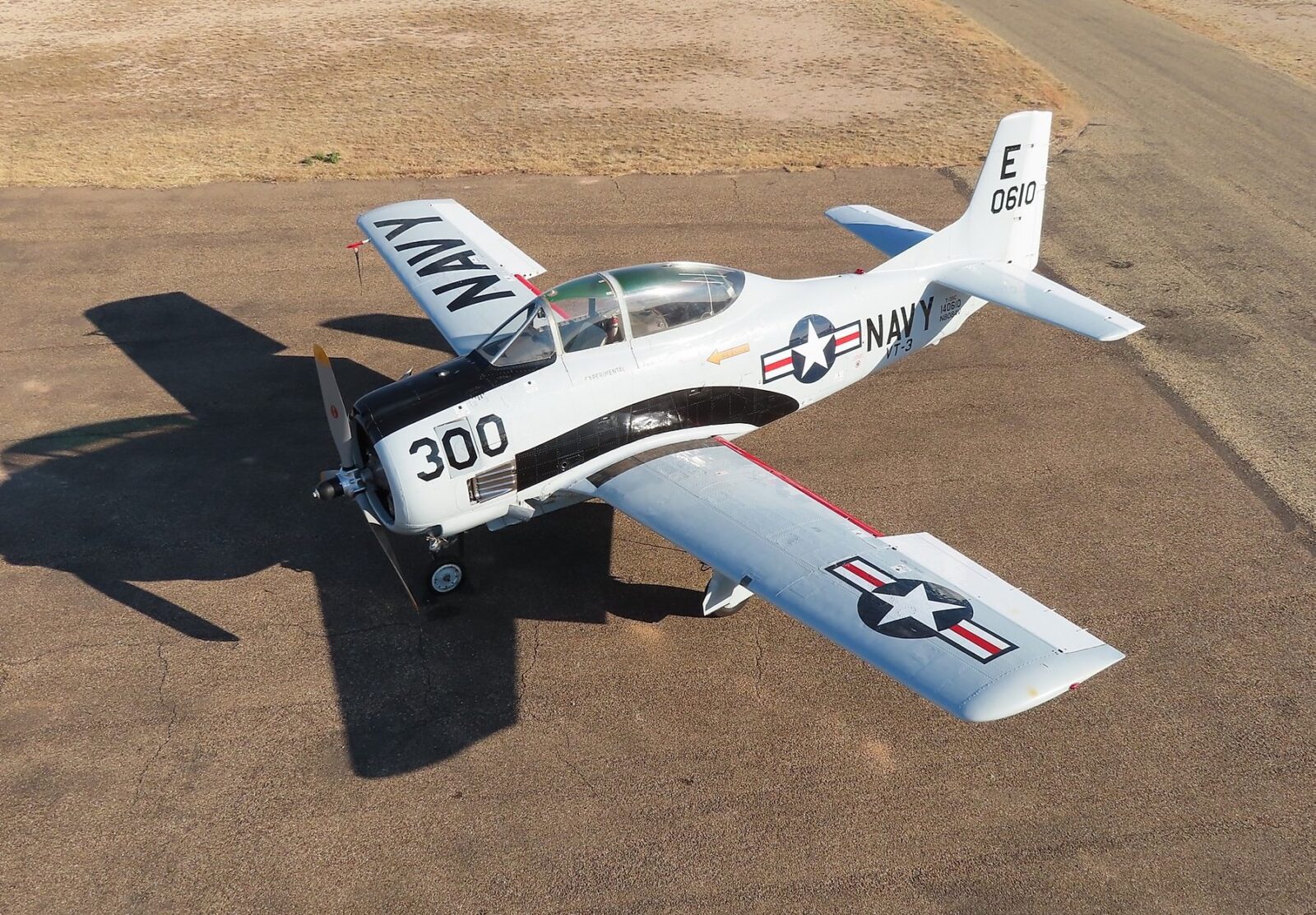 The North American Aviation T-28 was originally developed as a trainer aircraft for the USAF and the US Navy however it saw significant use as a combat aircraft during the Vietnam War where is was fitted with .50-caliber machine gun pods, bombs, and rockets.

A T-28 would be the first fixed wing aircraft to be shot down in the Vietnam conflict, and another T-28 which had been flown into North Vietnam by a Thai defector would become the first North Vietnamese fighter aircraft.

In the years after WW2 it was clear that a new training aircraft was needed to prepare pilots for the age of jet fighters, it would be this criteria that would form the foundations of the aircraft that would become the T-28. The first prototype flew in 1949, in 1950 a T-28A arrived at the Air Proving Ground, Eglin Air Force Base, Florida for tests and shortly thereafter a government contract was issued. Over the 1950 to 1957 production run almost 2,000 would be built. 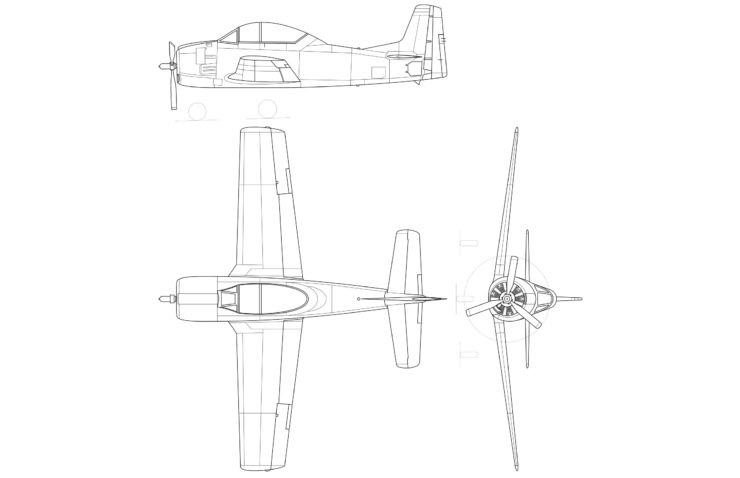 A number of different versions of the North American T-28 were built including the T-28A, T-28B, T-28C, and T-28D. These filled a wide array of roles from regular training duties to aerial reconnaissance and combat roles. The T-28C was developed for the US Navy as an aircraft carrier training aircraft with a shortened propeller and a tail hook for deck landings – one of the most difficult things for navy pilots to master.

Between the 1950s and the 1980s the North American T-28 was put into service by no less than 28 militaries around the would from Argentina and Brazil to Vietnam and Zaire. The US Navy would keep some T-28s in service until 1984, after retirement from military service many of the aircraft were sold into civilian hands where they became popular warbird and aerobatic aircraft.

The lower cost of operation compared to many warbirds has kept the model popular over the years and they’re a frequent sight at both air shows and museums. 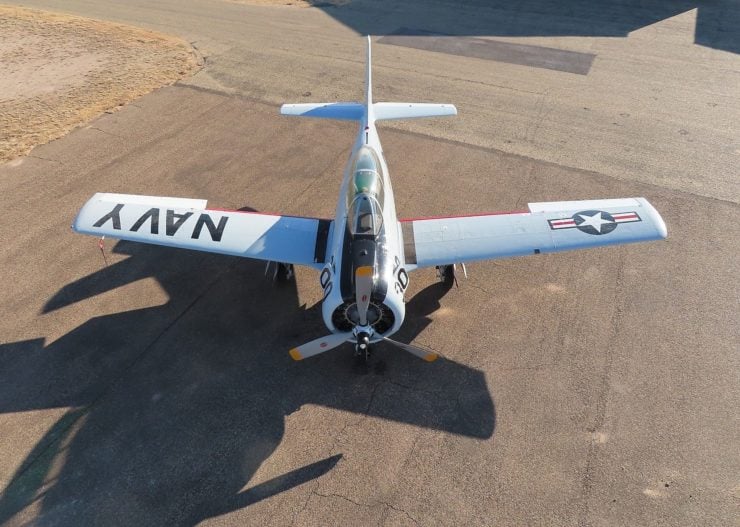 The North American T-28C you see here is one of the 266 US Navy aircraft carrier versions that were built, it still carries its Navy livery and markings. It’s currently fitted with a correct Curtiss Wright R-1820-86B showing just 14.7 hours since its last major overhaul (SMOH).

The aircraft itself has 8011 hours on the airframe (TTSN) and it’s fitted with the following avionics: King KT900 Comm, King KT900 Nav, King ADF, Northstar M1 Loran, and a PM1000 II Intercom.

The aircraft is currently for sale through Platinum Fighter Sales out of Texas with an asking price of $130,000 USD. If you’d like to read more about it or enquire about buying it you can click here to visit the listing. 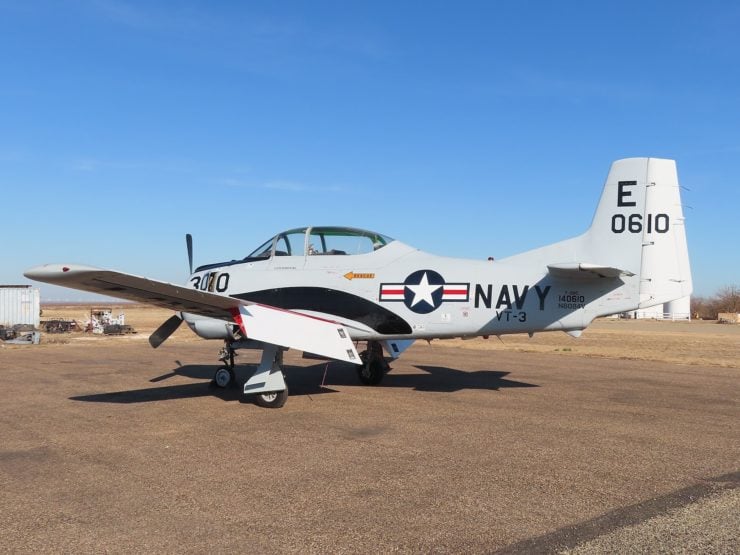 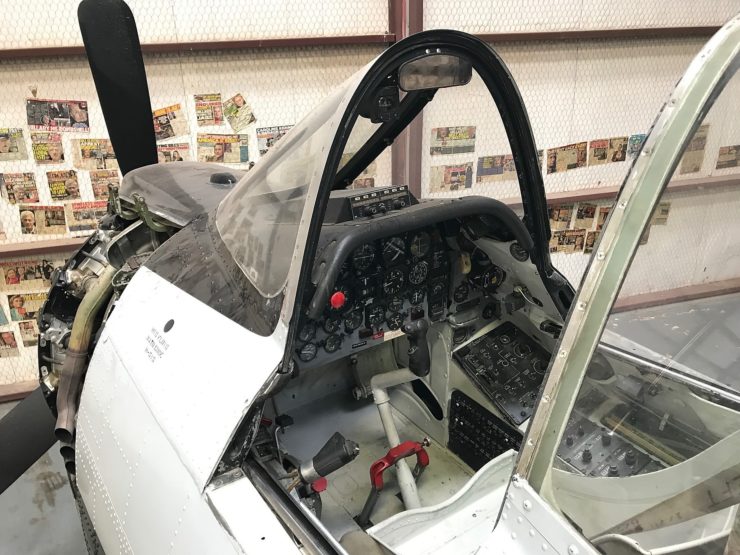 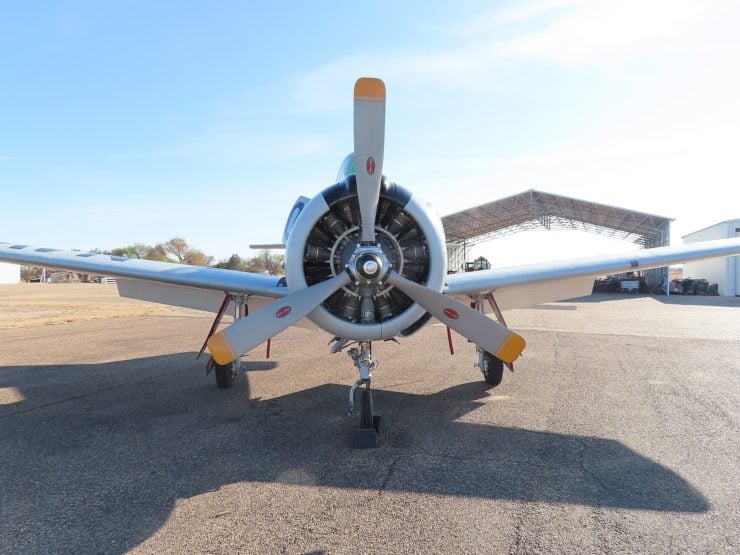 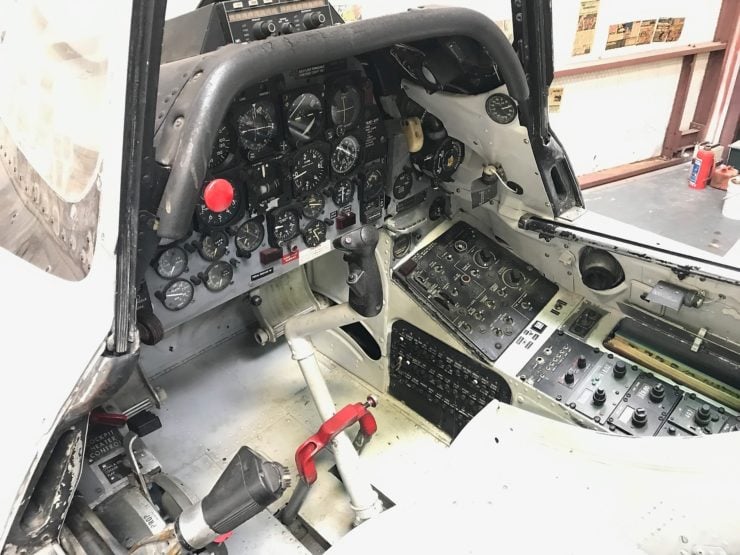 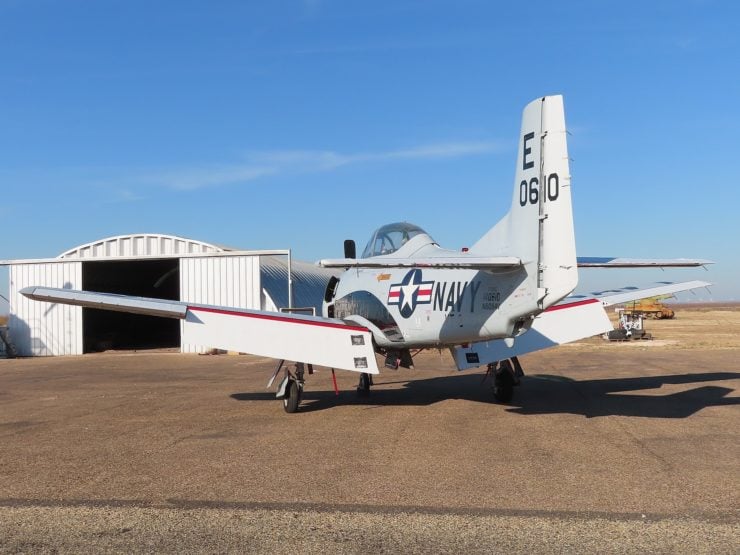 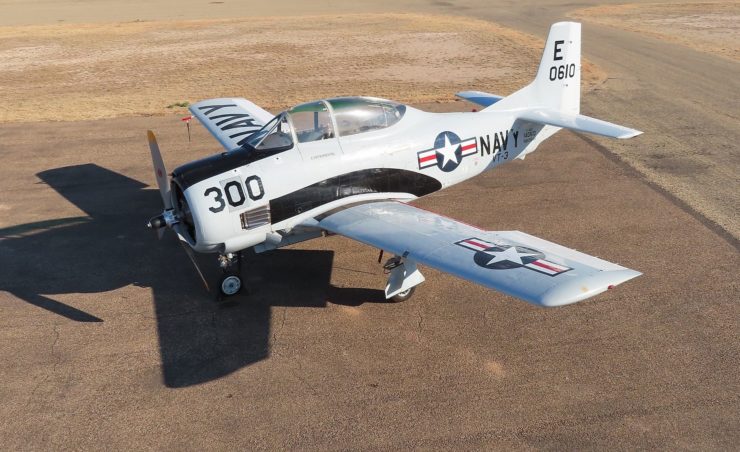 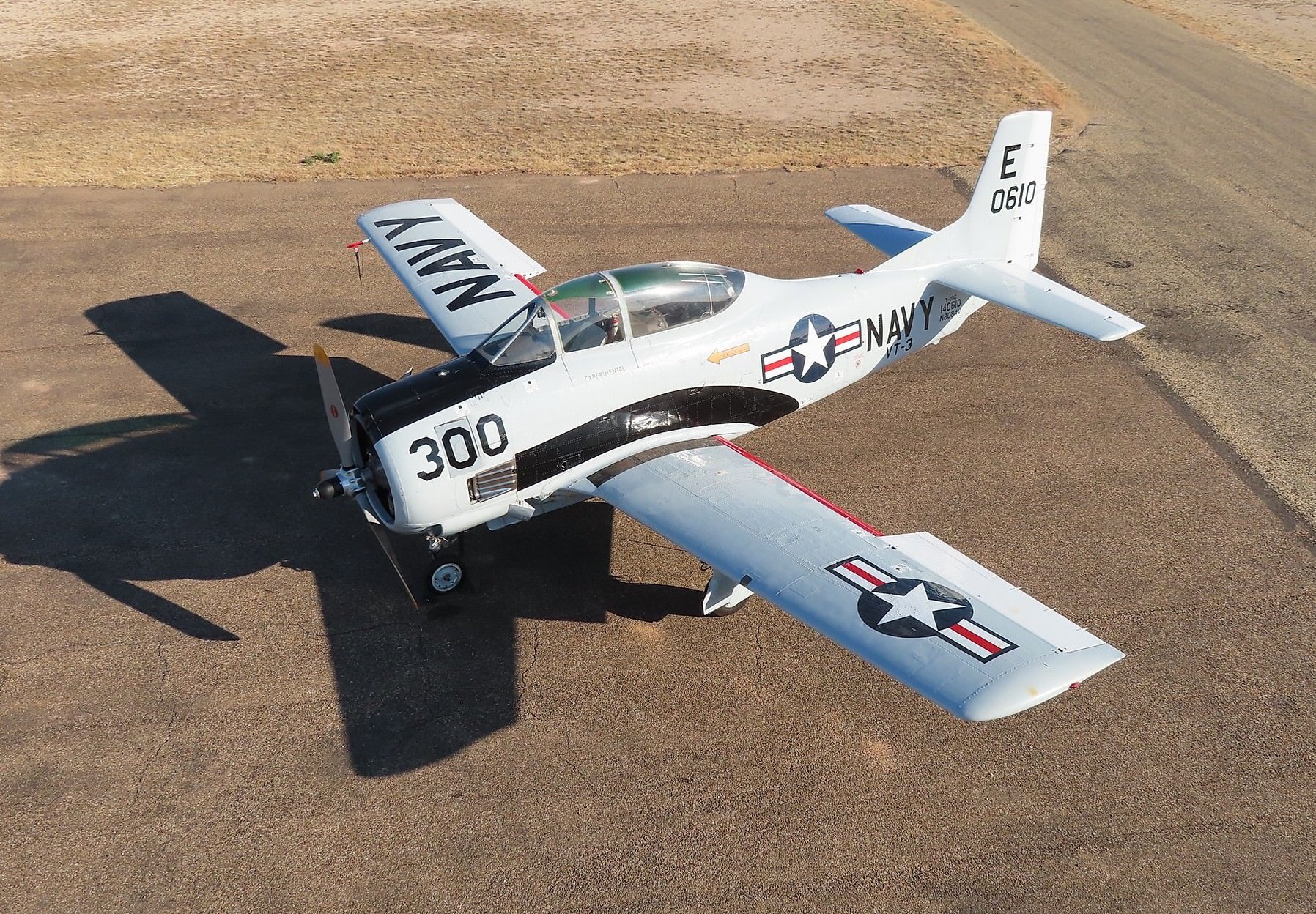