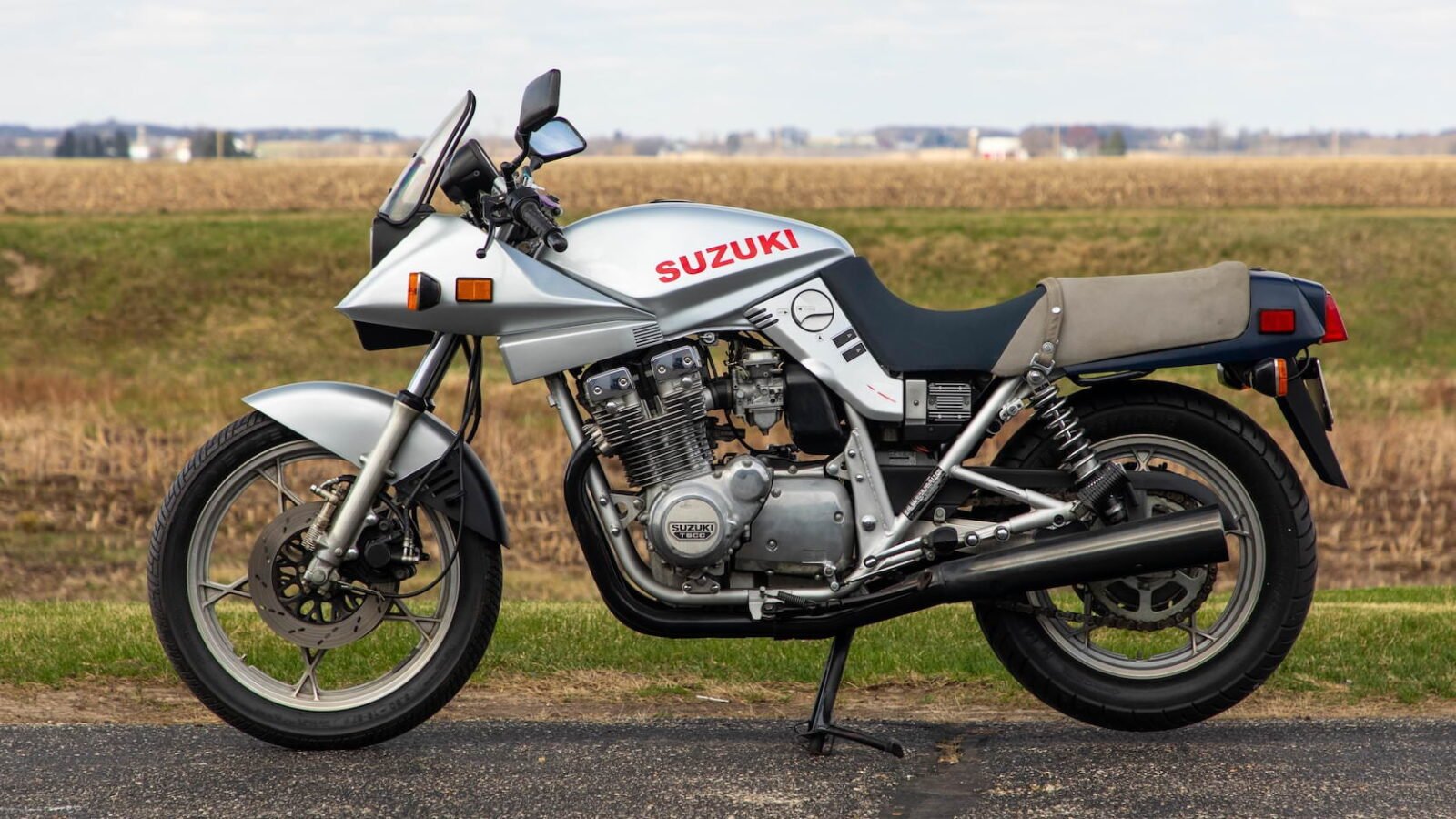 The Suzuki Katana is one of the most important superbikes of its age, it revolutionised motorcycle styling and although it’s the subject of much argument – Suzuki claimed it was the fastest mass-production motorcycle in the world in 1980.

The styling of the Suzuki Katana still looks somewhat modern even today in 2020. When the prototype was first shown in 1979 it sent a shockwave around the motorcycle world, a world that was used to Japanese superbikes looking a certain way. Interestingly, the secret to the revolutionary design of the Katana lay not in Japan, but in Germany.

Suzuki knew that the Universal Japanese Motorcycle (or UJM) that had worked so well for them along with Honda, Kawasaki, and Yamaha was beginning to show its age. The fundamental engineering was good, but visually the motorcycles lacked panache, they often looked somewhat the same, and Suzuki wanted to break the mould. 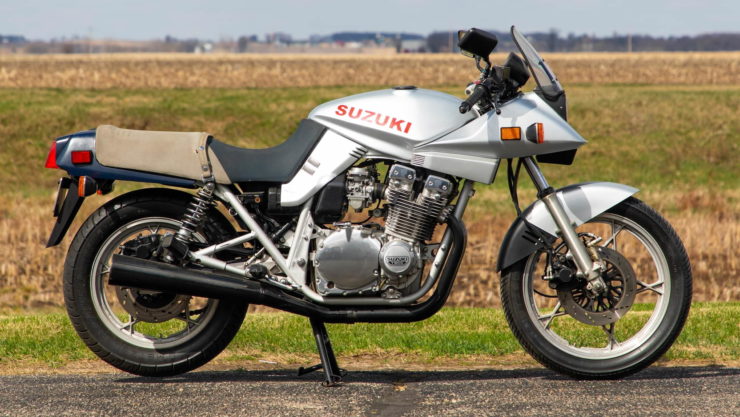 The team at the newly formed Target Design firm in Germany were hired to create a concept bike in 1978. Target Design was founded by former BMW motorcycle designer Hans Muth and his fellow BMW alumni Jan Fellstrom and Hans-Georg Kasten.

Perhaps the biggest difficulty was that Suzuki wanted to use the basic GS1100 rolling chassis and powertrain, leaving relatively little space for a revolutionary new design. However Muth, Fellstrom, and Kasten set to work creating a motorcycle they felt would be best suited for the exciting and rapidly approaching new decade – the 1980s.

The design that the three men came up with consisted of sharper lines and origami-like shapes that may very well have been influenced by the Gandini and Giugiaro automobile designs of the day. The front half fairing, wind deflector, fuel tank, and seat were all tightly integrated into what almost looks like a single unit, and the bike was wind tunnel tested extensively to fine tune its aerodynamics to ensure it provided good stability at high speeds.

When the prototype was shown to the public in 1979 many thought the new decade had arrived early. The Katana looked like nothing else on two wheels and the general public mostly loved the new design, though there was a contingent of people who hated everything about it – perhaps a hallmark of trying cutting edge design is that people love it or hate it, but no one is indifferent to it. 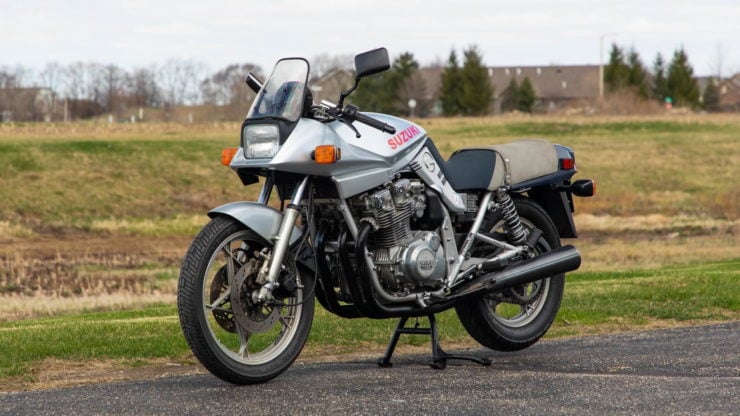 When the production version of the Suzuki Katana arrived in 1981 it still looked largely like the concept bike, those who loved the bike could now buy it and they sold in modest numbers, however the sales weren’t the roaring success that Suzuki may have been hoping for. The design language of the Katana was used on other models further down the model range and the Target Design design language became a centrepiece of many Suzukis for years to come.

The styling of the Katana is now pointed to by many motorcycle historians as a significant moment in motorcycle history, the bike had a big impact on motorcycle design in general and the bike has now become a major cult classic with a fan base around the world. Such is the popularity of the bike that in 2019 an all-new Suzuki Katana was introduced with styling based on the original.

The 1982 Suzuki Katana you see here is showing just 16,559 miles from new which is thought to be accurate, it’s in original, unrestored condition throughout which means it’ll be of particular interest to both collectors and enthusiasts. 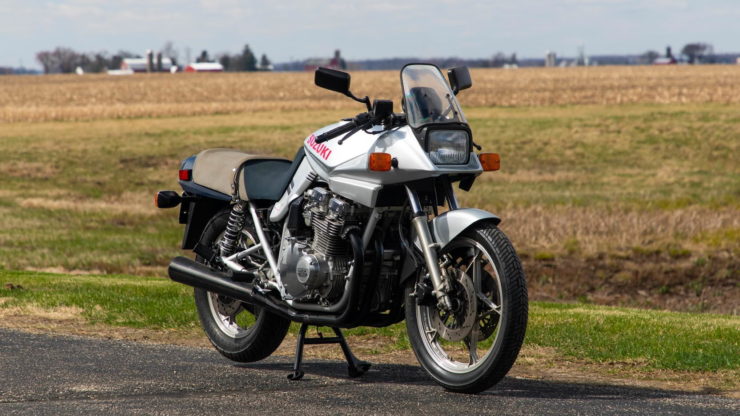 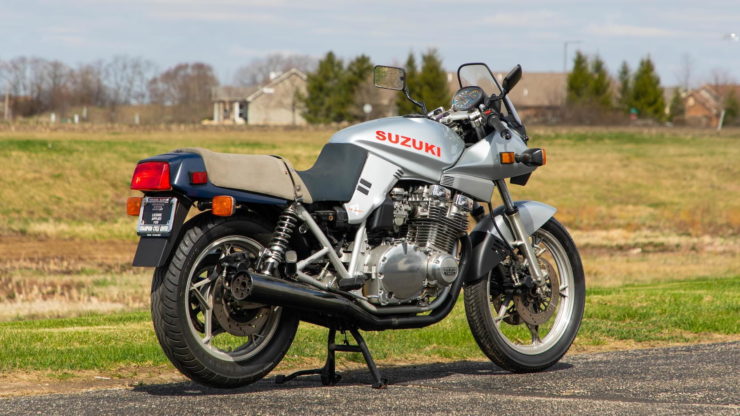 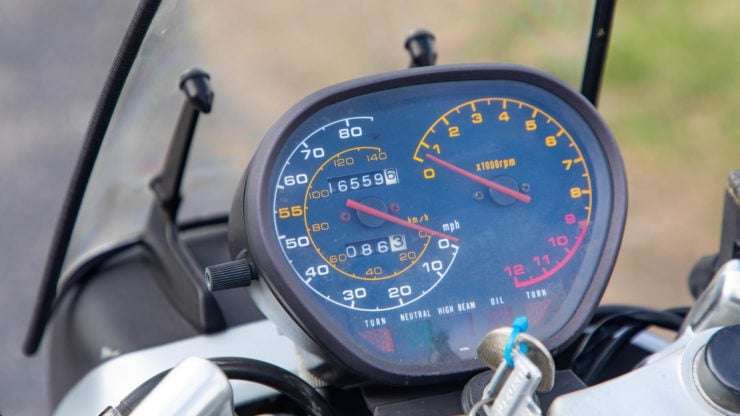 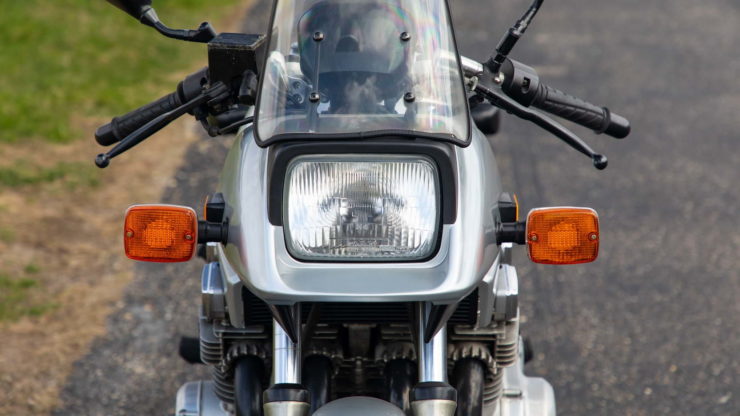 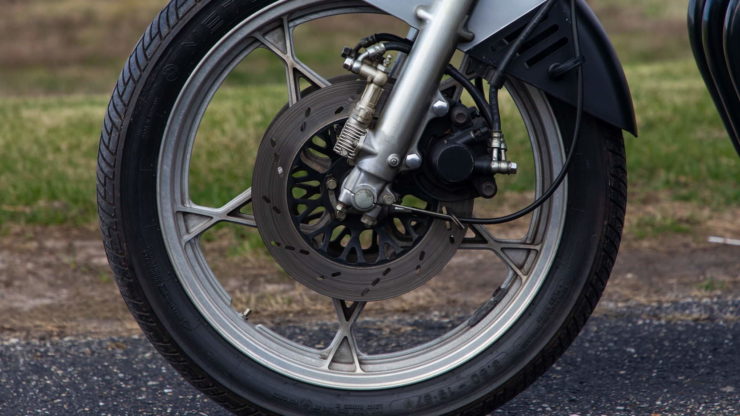 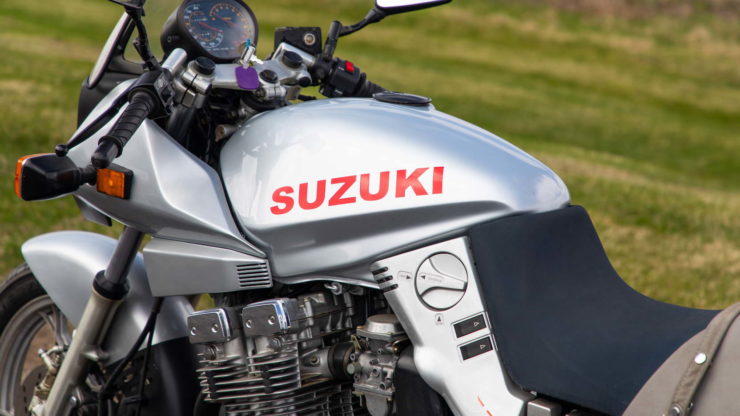 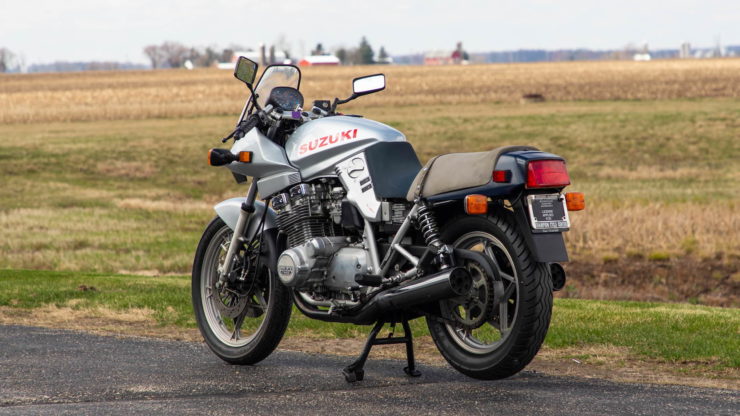 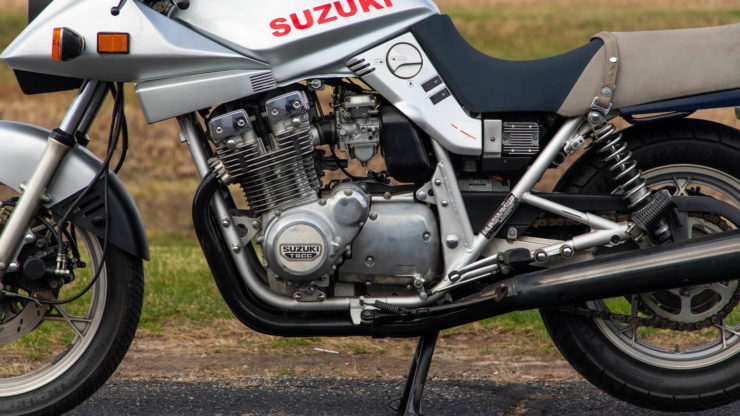 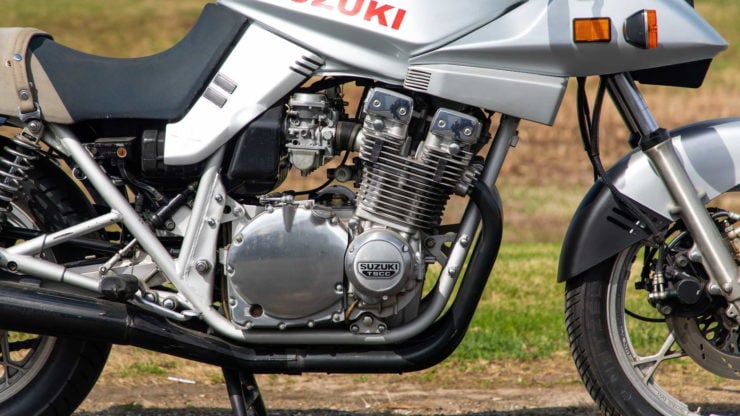 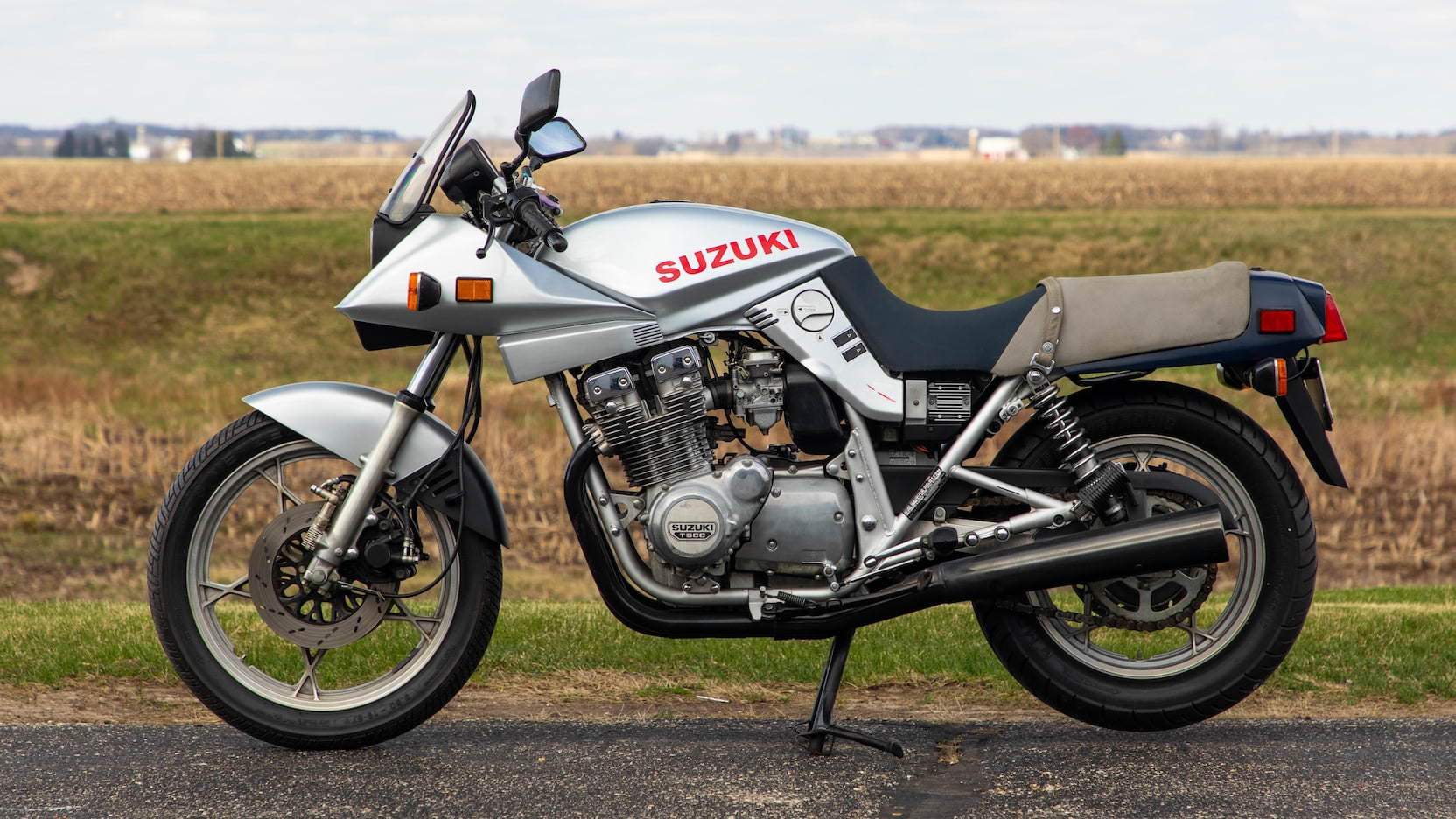