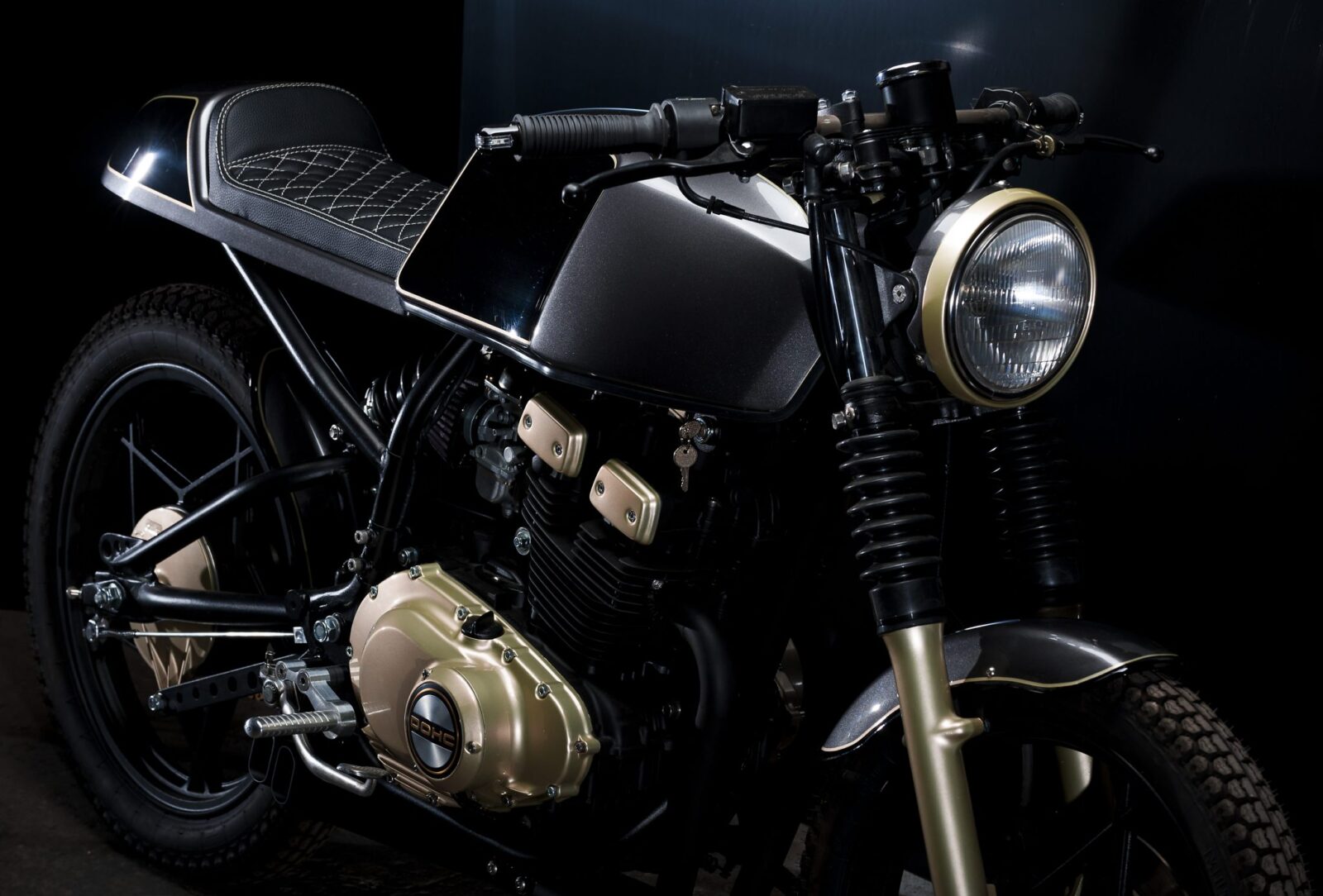 The Suzuki GSX series made its first appearance in 1980, and within a few short years the “Gixxers” had established Suzuki a rock-solid reputation as a four-stroke superbike builder. Up until the mid-70s the Japanese marque was building almost all two-strokes, from small capacity bikes right the way up to the widowmaker GT750.

One of the most popular GSX-badged bikes was the humble GSX250, a parallel twin 250cc with unit construction, 4-valves per cylinder, a 5-speed gearbox, double overhead cams, and twin carburettors. The model proved popular and sold well, and its descendent is still in production 37 years later.

The GSX250 you see here its from the first year of production, much of its history was lost to the sands of time, up until it was discovered leaning up against a lighthouse in Greece last year. It was rescued by the team at C-Racer and brought back to their Athens headquarters. Cities like the Greek capital (and many others in Europe) are ideally suited to smaller, lighter motorcycles able to nip up and down narrow alleyways.

After its years next to the lighthouse, the GSX needed a full engine teardown and rebuild. The head, barrels, crankcase, and covers all needed restoration and repainting, and of course all new seals and gaskets were used when reassembling.

The decision was made early on to swap out the twin shock set up for a monoshock from an Aprilia Tuono 1000. The original swingarm was modified to suit, and the rear subframe was removed entirely to make way for a new one.

The factory fuel tank was kept but modified slightly to sit a little higher at the rear, allowing it to sit flush with the newly installed seat. The new subframe is capped off with a seat/cowl that also hides the battery and electrics, and a new, slimmer headlight was fitted upfront.

The carburettors needed to be re-jetted to suit the new pod filters, and it took over a month to get the exhaust correctly calibrated – the punchy little 250 now has a healthy power bump over the stock engine, and a much more appealing exhaust note.

Although many in the custom motorcycle community turn their noses up at anything under 400cc, a good lightweight 250 can be a hugely entertaining motorcycle to ride – particularly if you’re don’t do a lot of highway time and spend your days on urban streets. 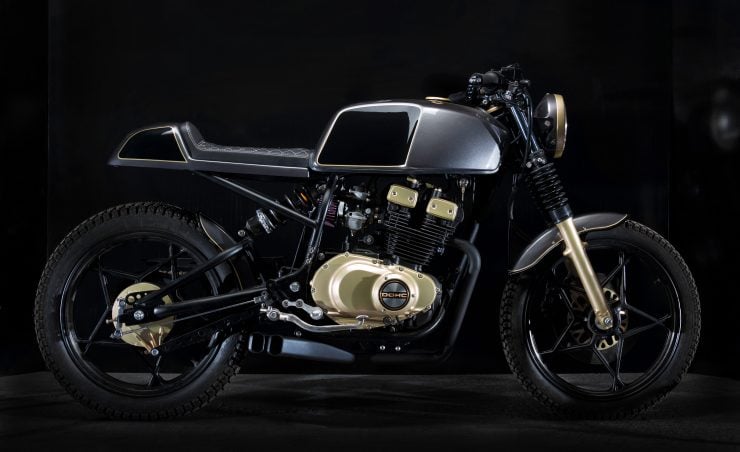 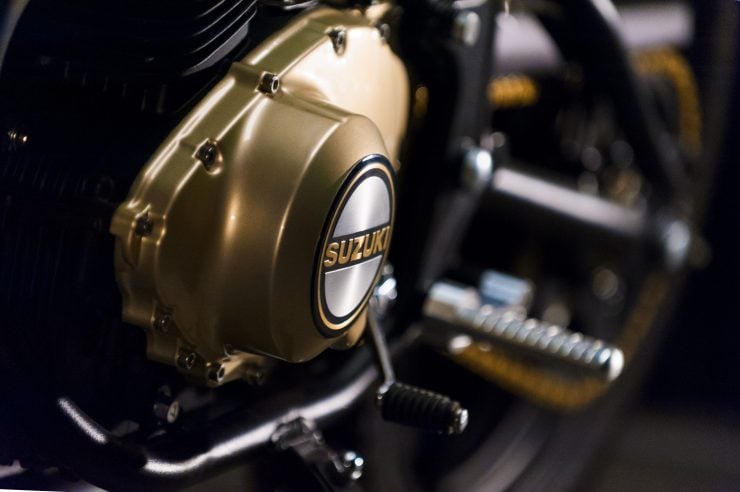 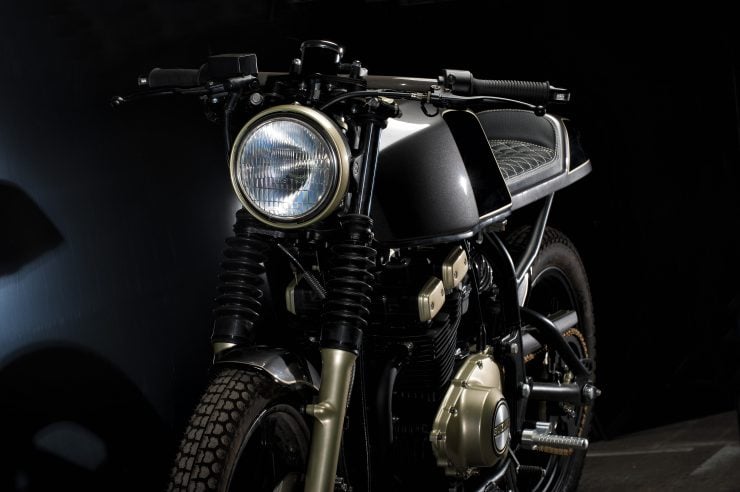 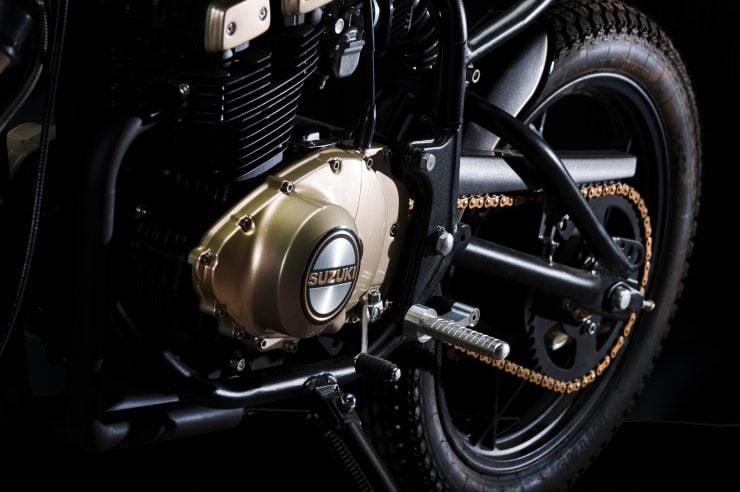 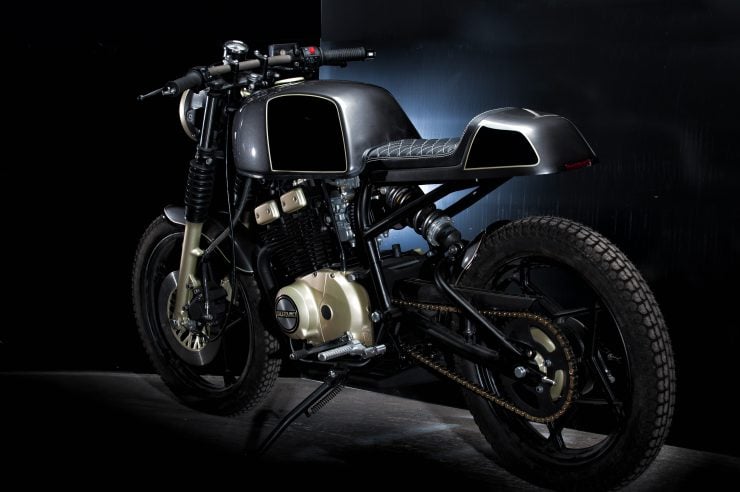 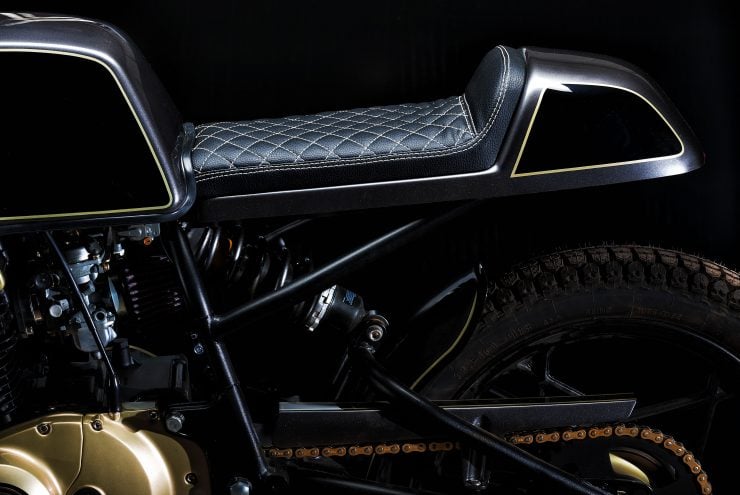 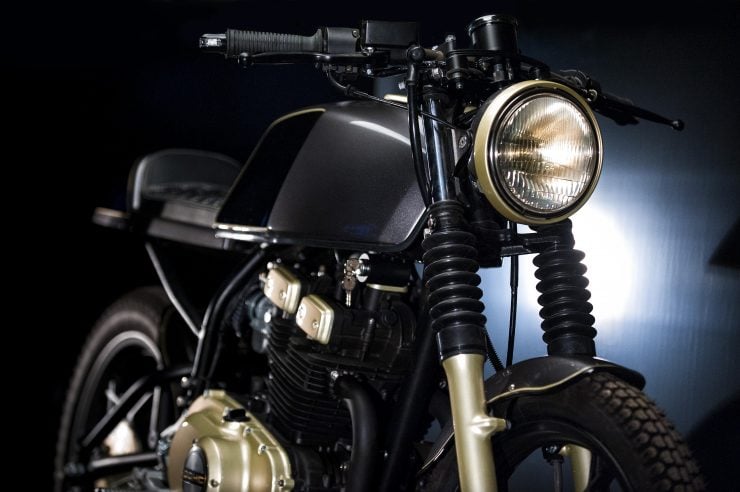 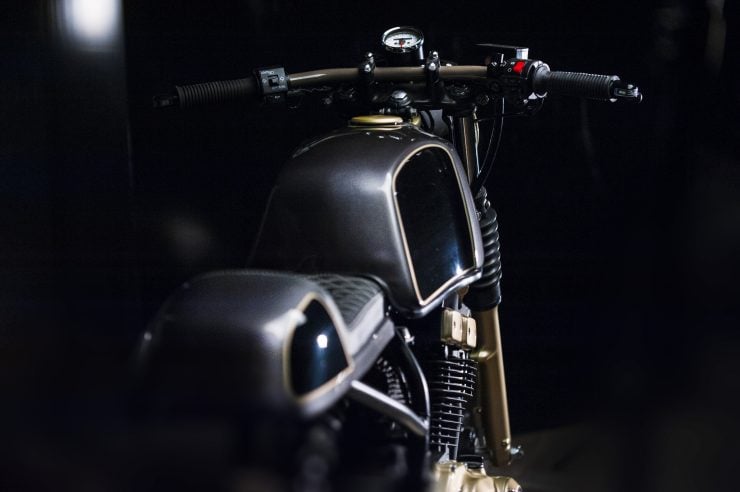 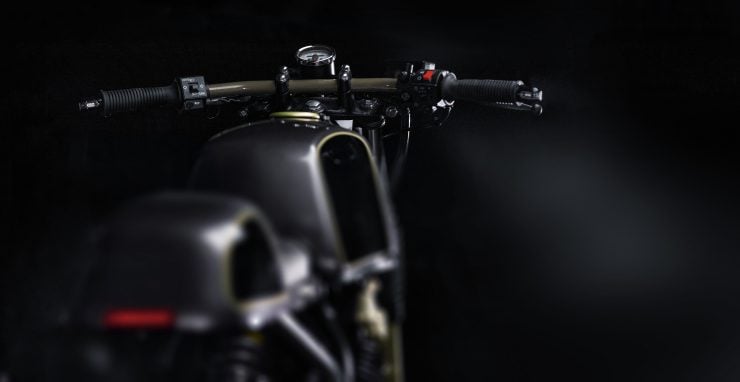 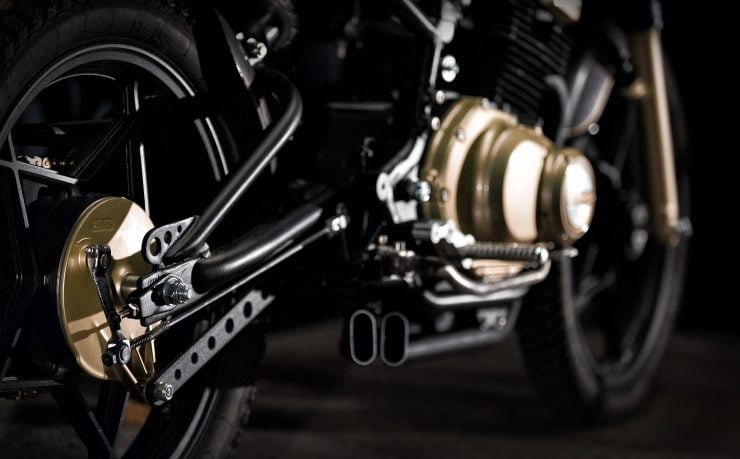 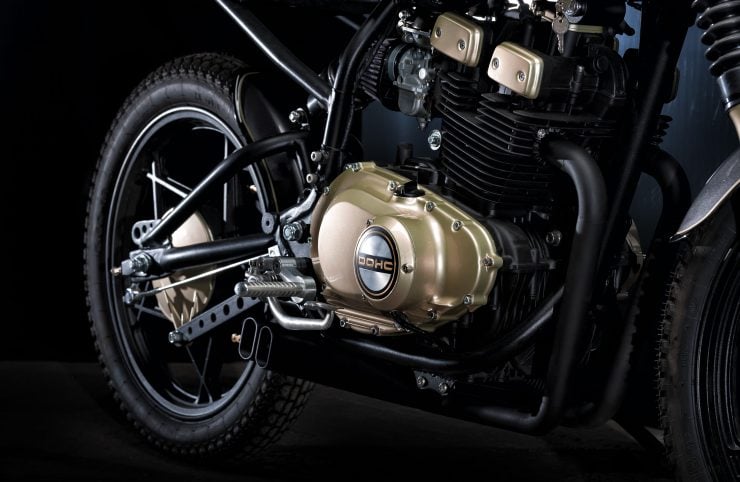 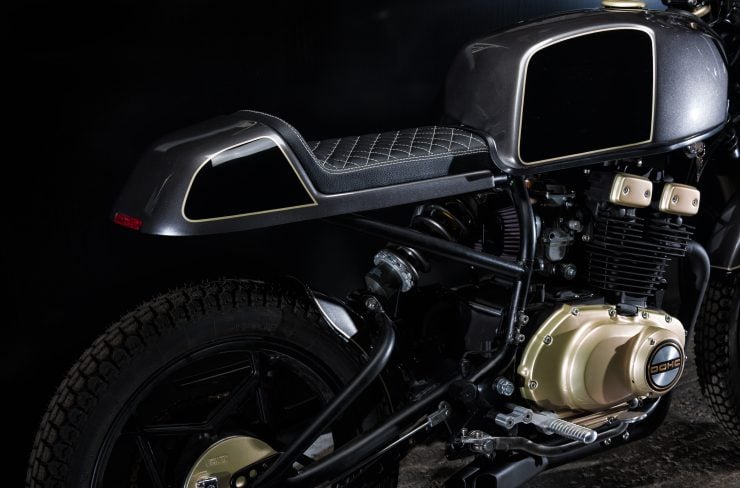 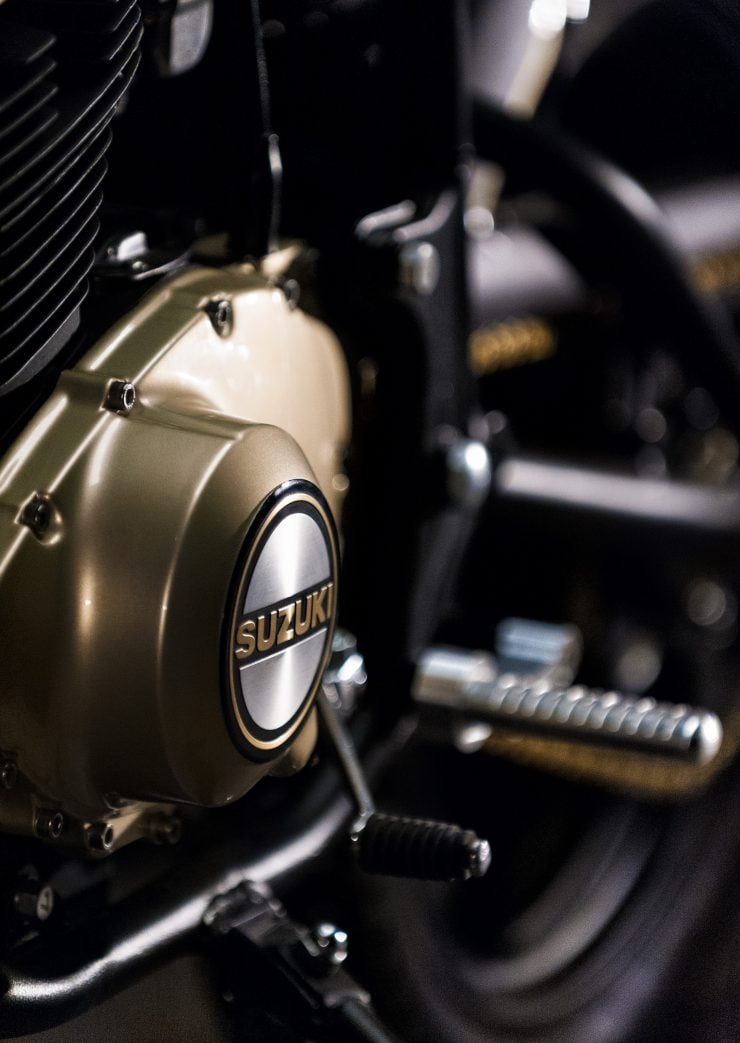 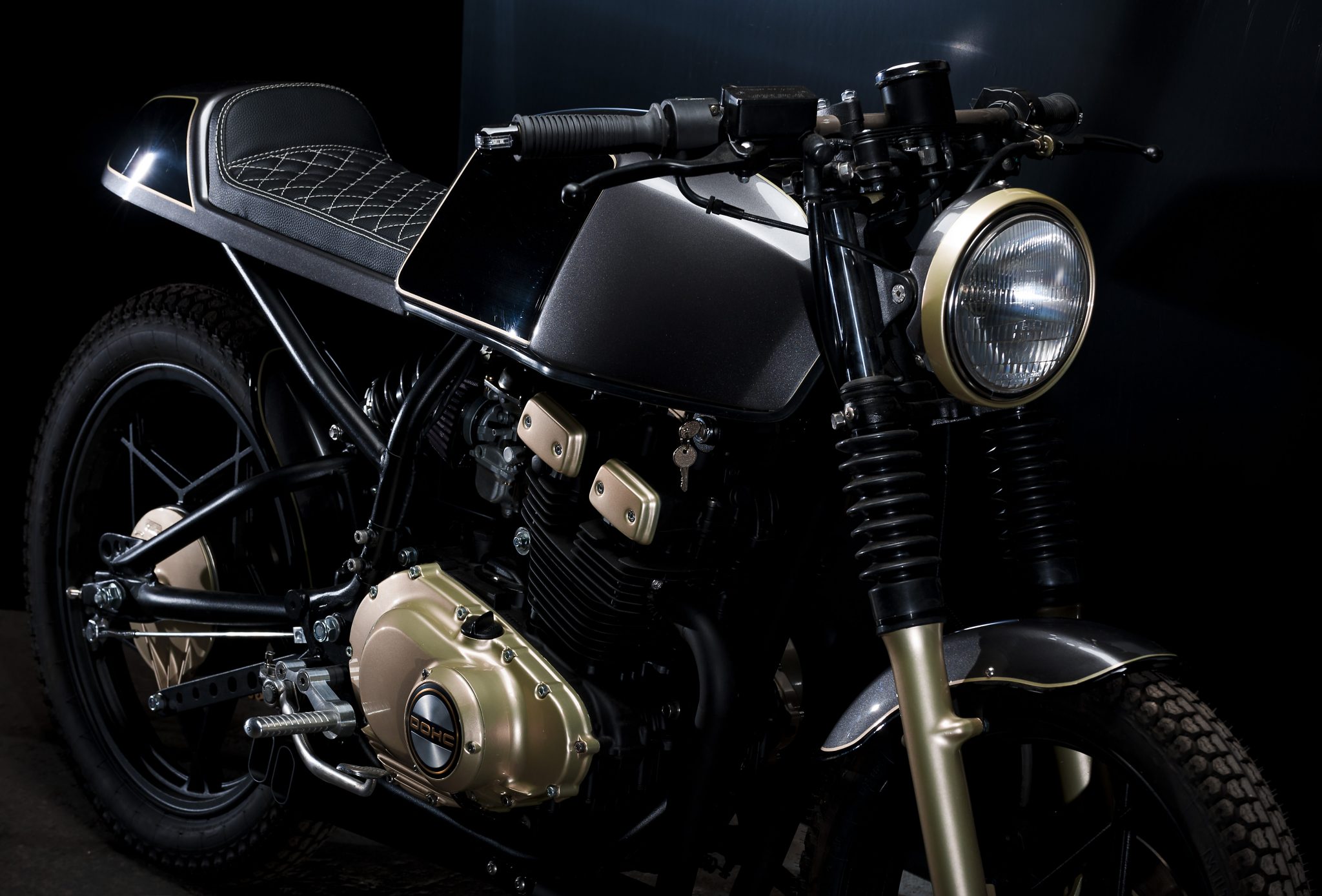