When I first stumbled across this Suzuki GT750 it took me a second to figure out what it was, then when it occurred to me that I was looking at a 750cc, water-cooled, 2-stroke with modern suspension and brakes, I nearly had a cardiac event.

The bike is the project of South African custom motorcycle builder Rassie van Aswegen, Rassie has lived in the US for 15 or so years now and works in IT during the week. Once the weekend rolls around he brews a strong cup of coffee and heads out into his garage where he builds some of the most fascinating custom bikes we’ve seen in recent history. 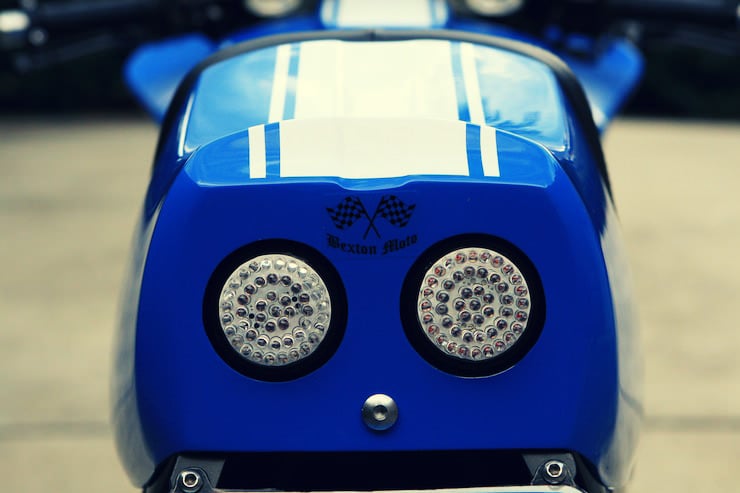 Rassie found the Suzuki GT750 being advertised out of Tennessee last year, the bike was in excellent condition considering its age (it’s a 1976 model) and so he bought it and had it delivered to his garage. His concept for the build was a nuevo-retro endurance racer with hints of design influence from Barry Sheene’s 1975 Suzuki TR750 2-stroke, after looking over the pictures of the completed build I’d say he hit the nail on the head.

Once he had the bike in his garage Rassie pulled it to bits and de-tabbed the frame, then modified the sub-frame to accept the Rickman seat. Once this was done he added a 2005 Suzuki Hayabusa front end including, lower triple, inverted forks, the wheel and twin brakes. He then added a Vapor Electronic unit on the dash for the RPM and speed readouts, the fairing is a combination of ’97 Ducati 750SS parts and Airtech parts and it looks remarkably stock considering it’s mixed-heritage.

The water-cooled, 3-cylinder engine has been largely left untouched, which is kind of nice to know, Rassie says that the finished bike goes like the clappers, which I can easily believe. He’s currently looking to add a few customer bikes to his order book for 2013 with his new company – Bexton Motorcycles. So if you’d like to horrify your wife and pick up a new toy – visit Rassie’s website here or click here to watch an onboard video of him riding the bike and giggling inside his helmet. 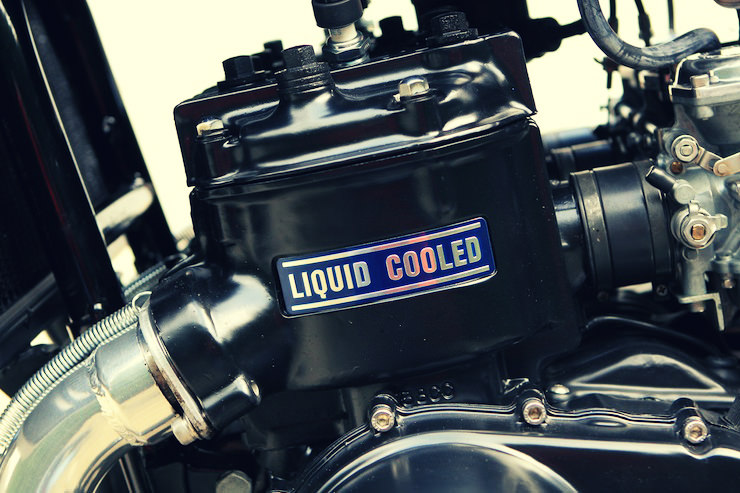 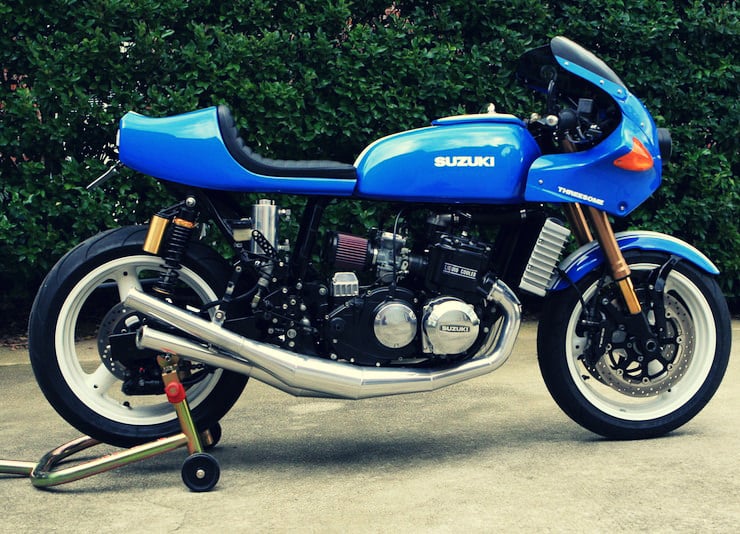 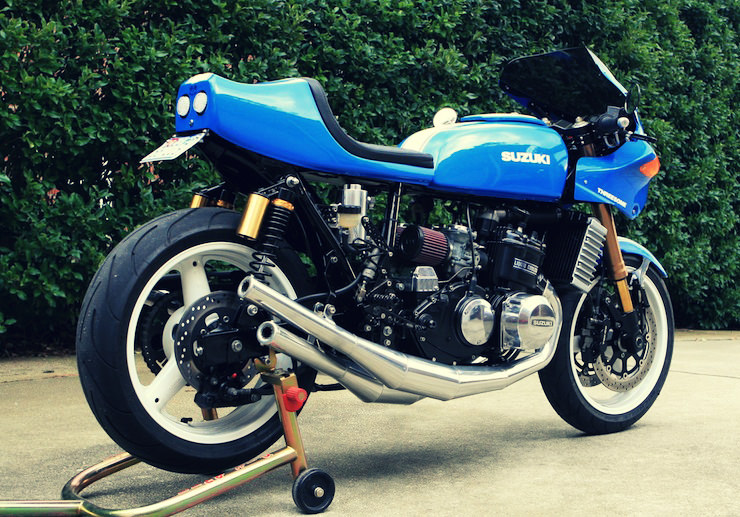 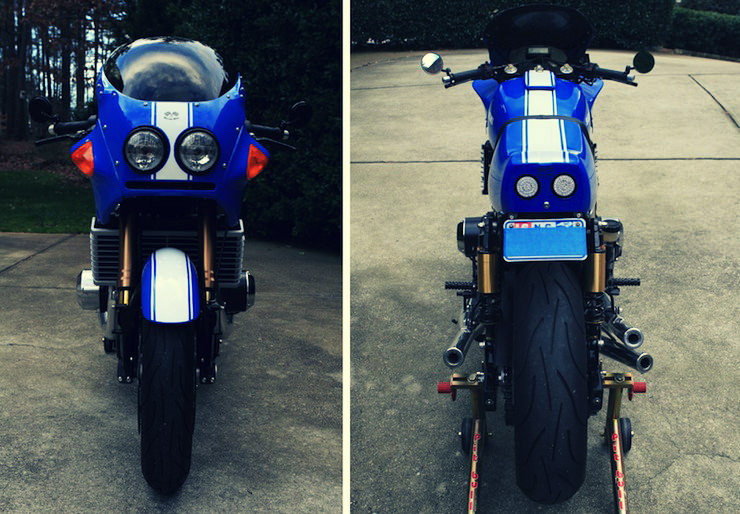 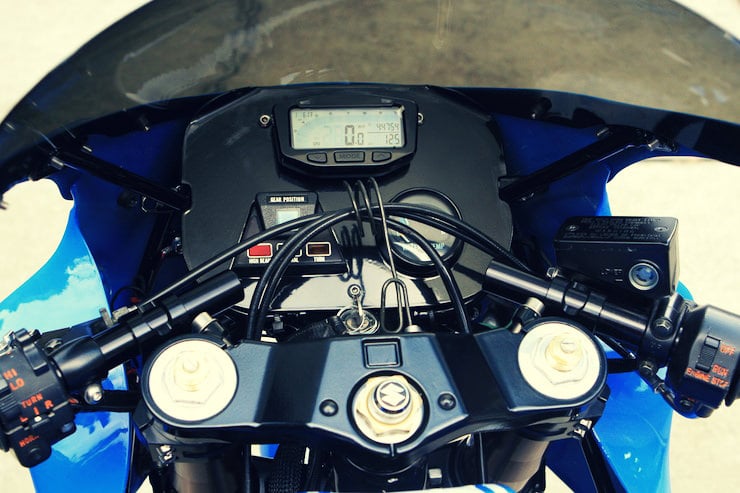 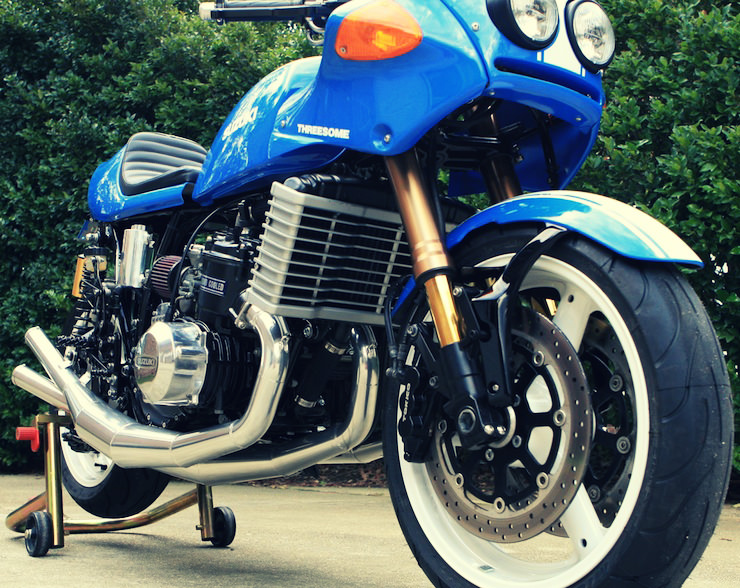