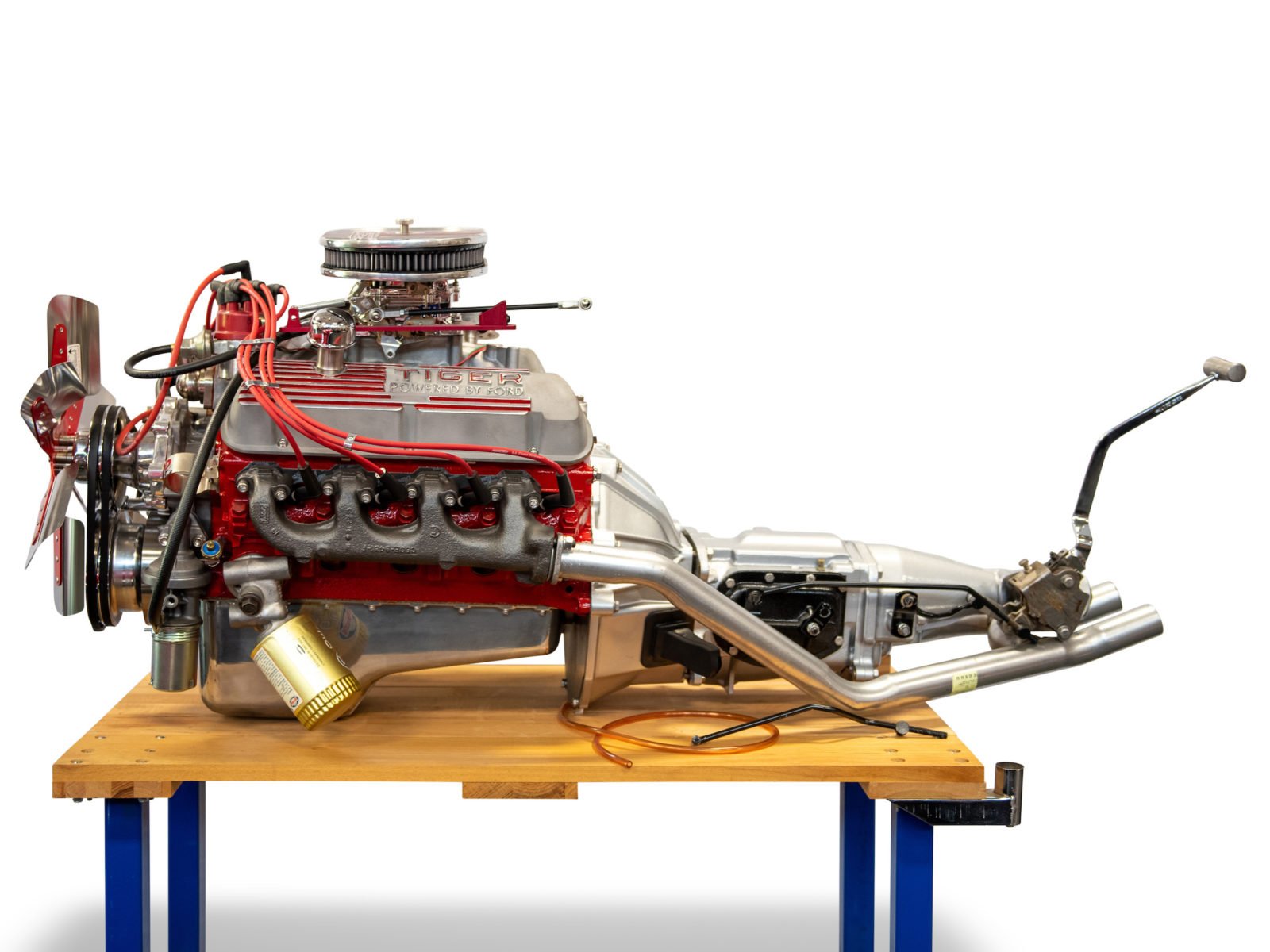 This is an original Ford V8 from a Sunbeam Tiger, it’s mated to a 4-speed transmission, it has a Hurst shifter fitted, and it comes on a trolley to make moving around nice and easy.

The Sunbeam Tiger was a high performance version of the Sunbeam Alpine, a small British roadster that was a period competitor for cars like the MGB and the Triumph TR4.

Performance was markedly increased by having a Ford V8 installed in place of the original inline-four. This conversion was done by Carroll Shelby in California, using priciples he’d already mastered on his Shelby Cobra – another small British roadster that he’s shoehorned an American V8 into. 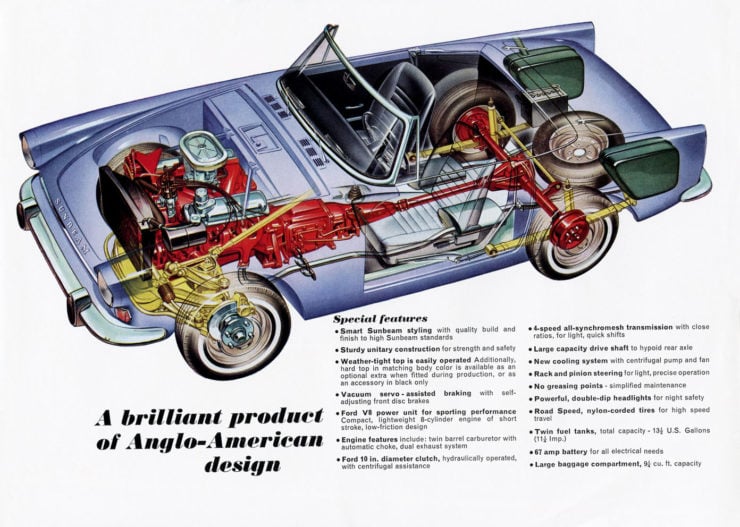 This cutaway illustration of the Sunbeam Tiger shows how much engine needed to be installed into the relatively small engine bay of the Alpine.

Once Shelby had worked out how to get the V8 into the Alpine, which was a major feat given the small engine bay, the production of the cars was given to Jensen Motors in England with Carroll Shelby receiving a commission from each car that was built.

Rather than just a straight engine swap a series of suspension modifications were made to ensure the car would cope with having its power doubled. The heavier engine required stiffer springs up front and a Panhard rod was added in the rear to help ensure good axle location. 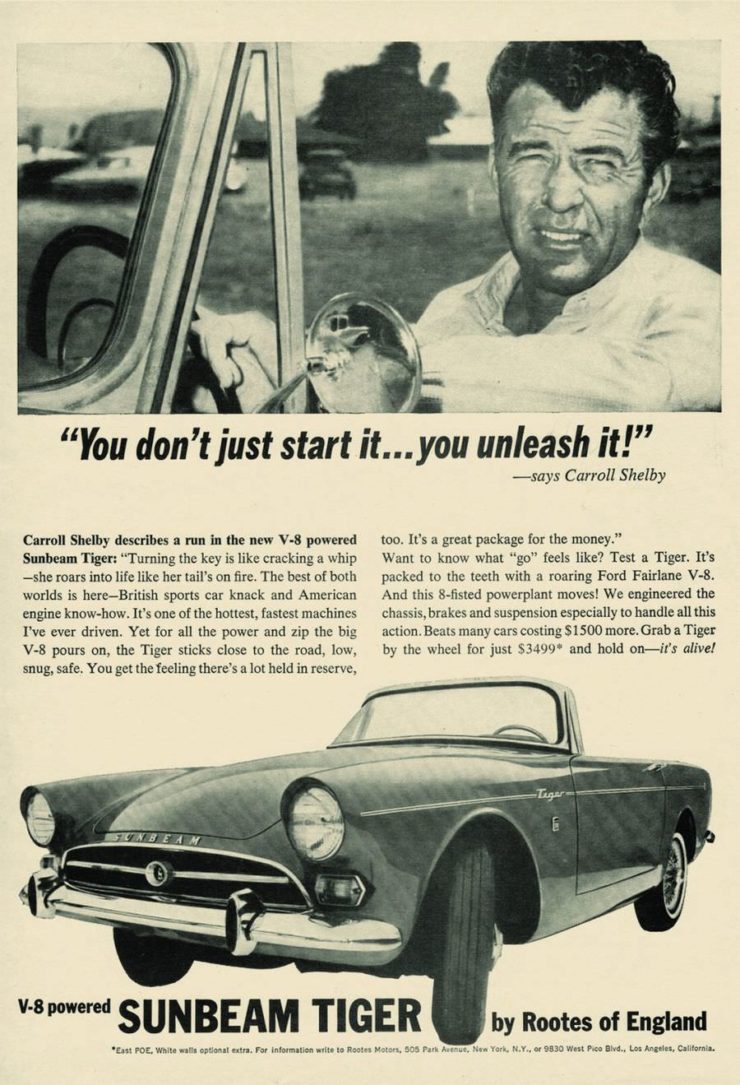 Carroll Shelby developed the Tiger in California but was disappointed when Sunbeam (owned by Rootes Group) opted to have Jensen build them in England rather than give him the production contract. He was instead paid a commission for each one sold.

The later Mark II cars received the 289 cubic inch V8, the same engine used in the Ford Mustang, the Ford Fairlane, and most of the the pre-427 versions of the Shelby Cobra.

The engine and transmission you see here is due to roll across the auction block with RM Sotheby’s in late September and it’s being offered with no reserve. If you’d like to read more about it or register to bid you can visit the listing here. 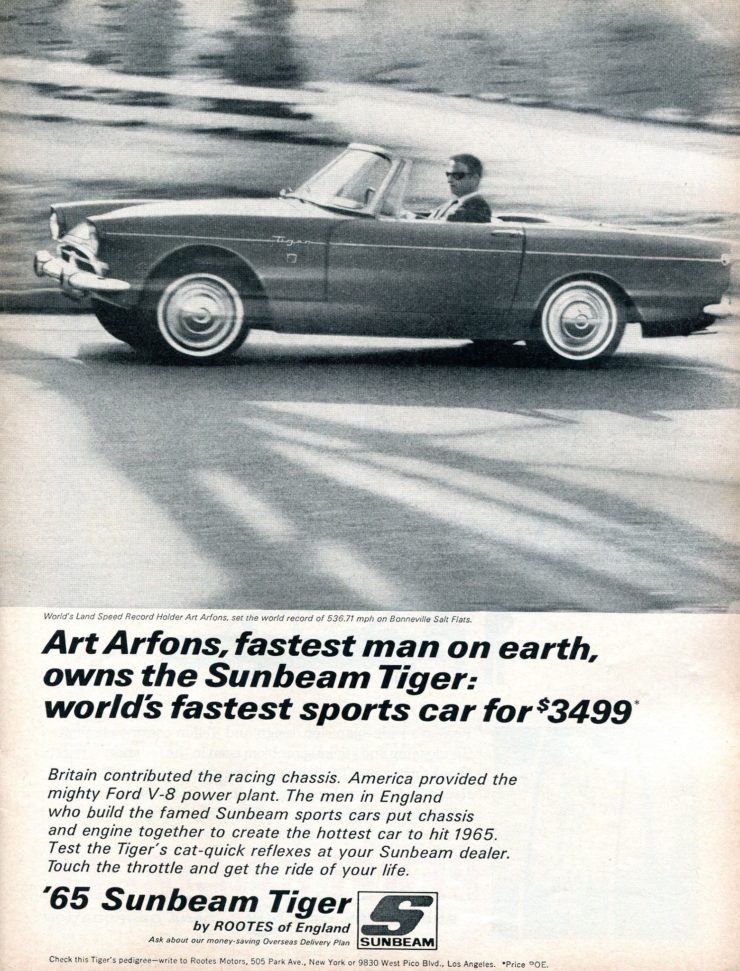 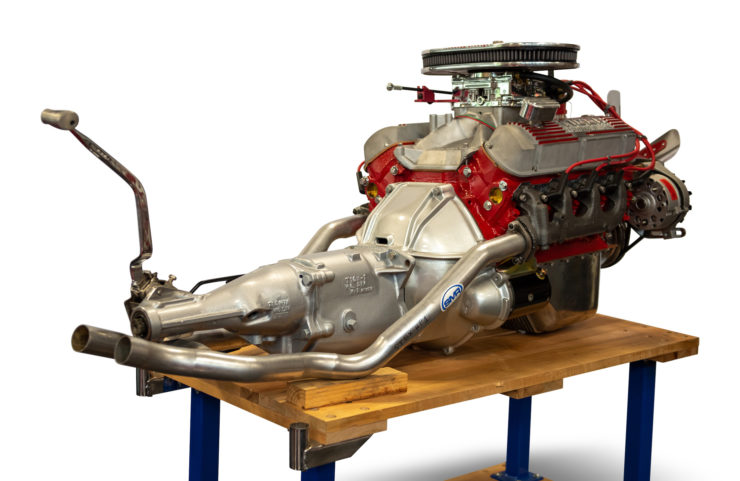 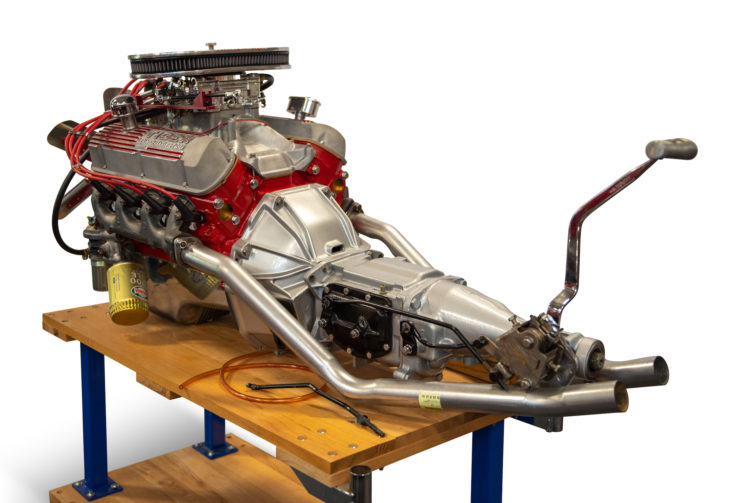 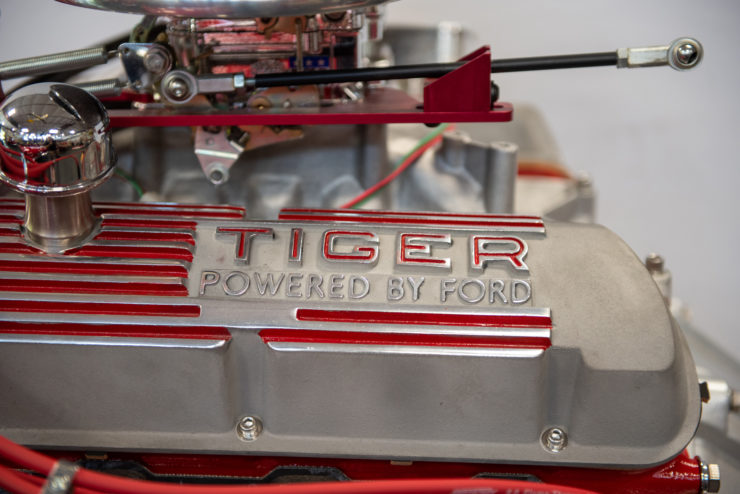 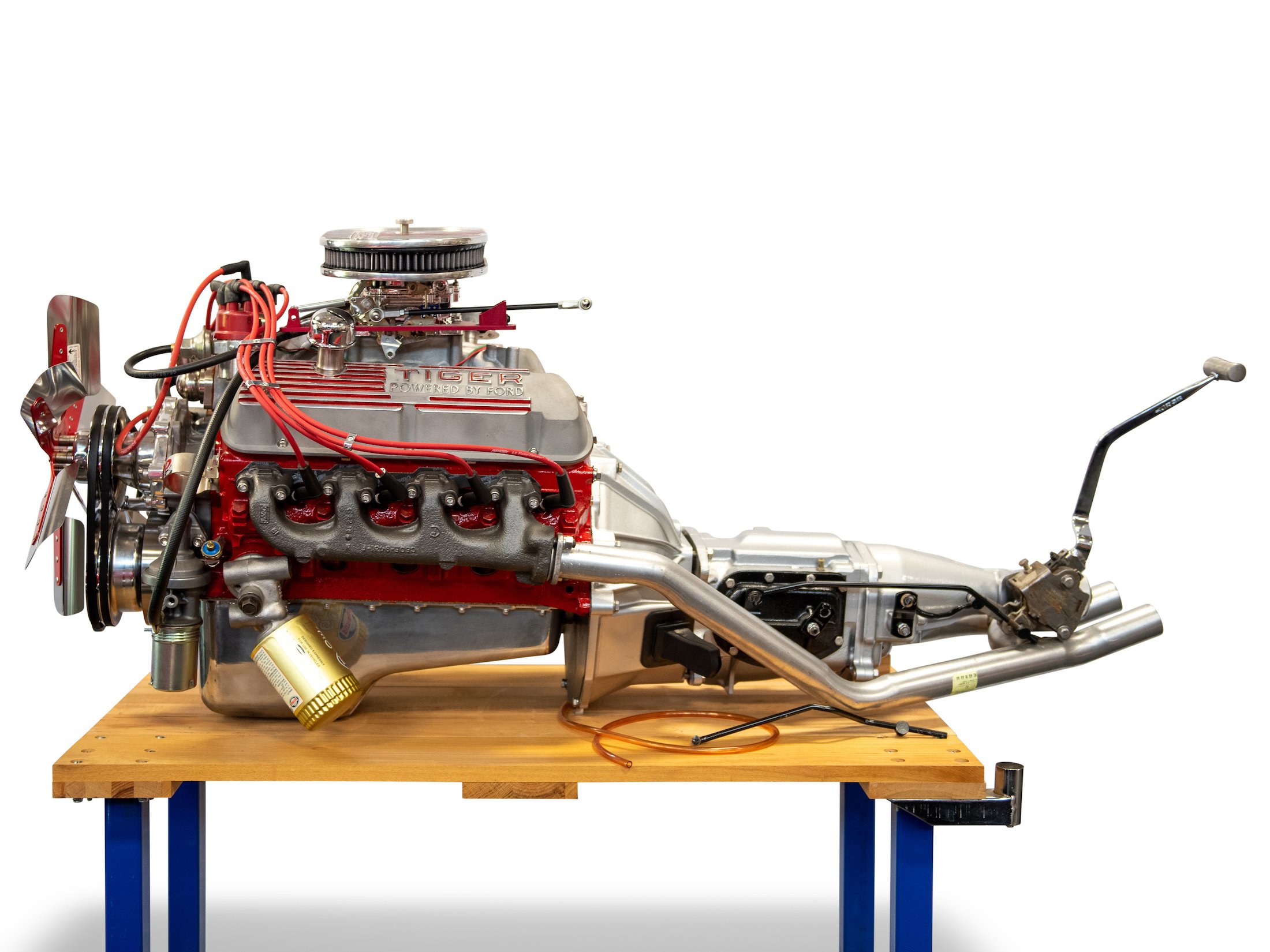 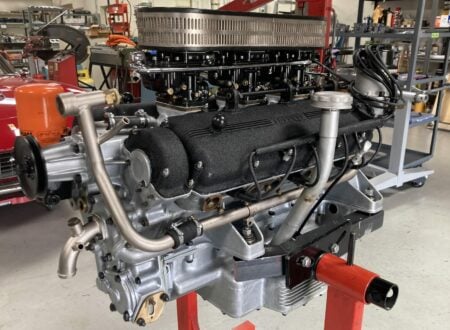 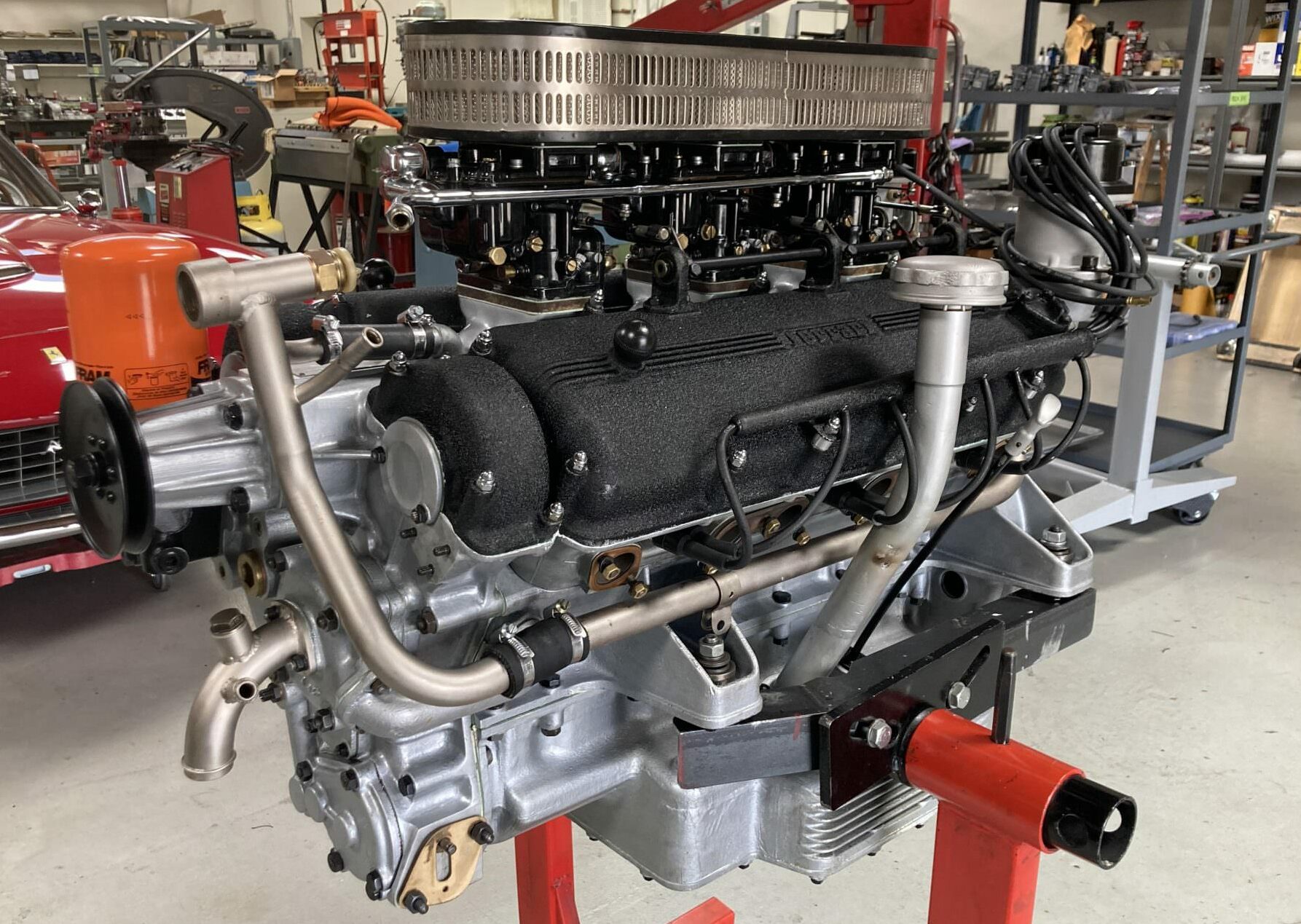