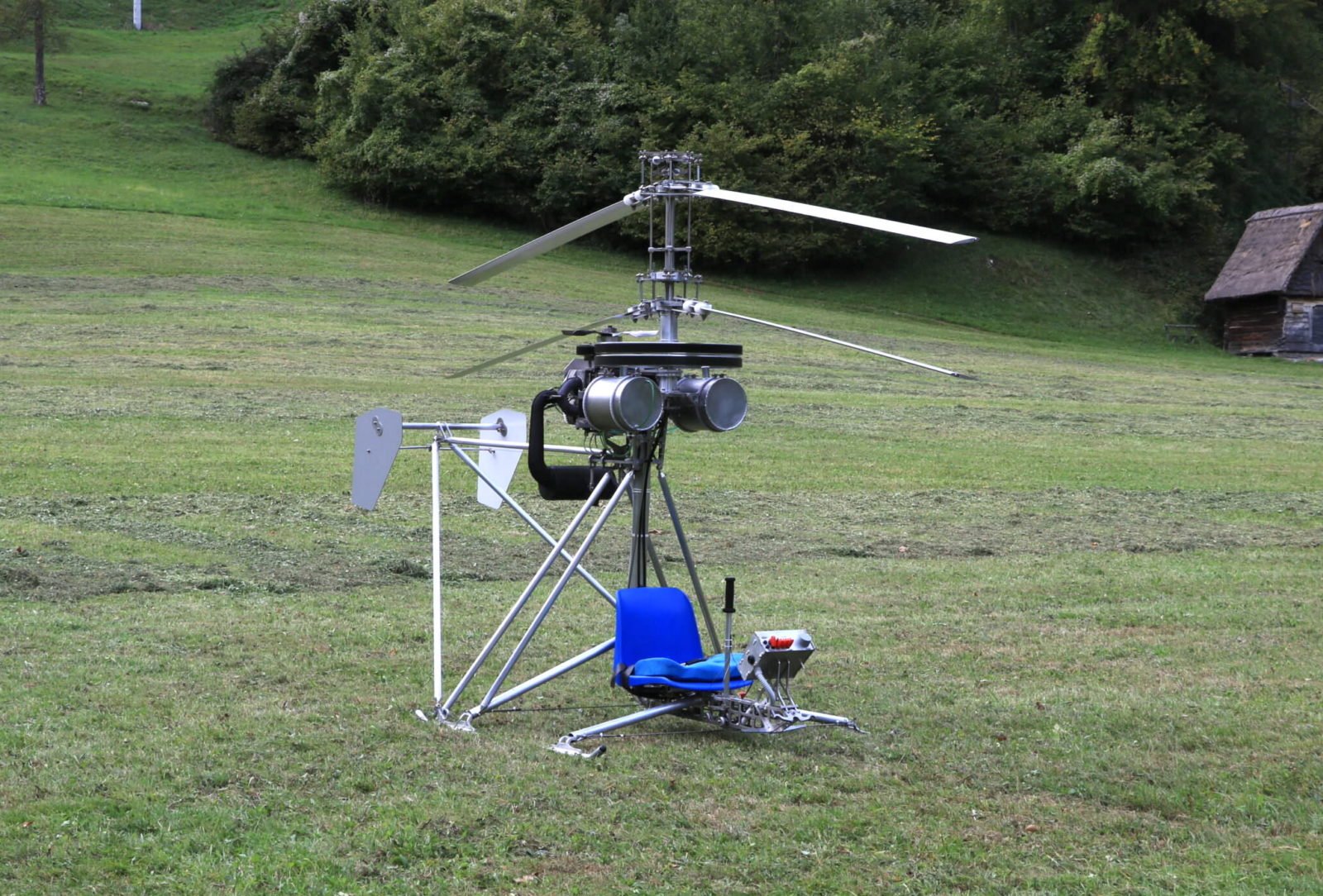 The Mirocopter SCH-2A is almost impossibly small, weighing only 249 lbs. Each one costs $35,000 USD, which makes them (by far) the cheapest production helicopter in the world. You can buy one on eBay right now if you’re in the mood.

Rather than the traditional helicopter arrangement of one main rotor overhead and a tail rotor in the rear, the Mirocopter SCH-2A is a coaxial helicopter – that is, it has two counter-rotating overhead rotors and no tail rotor.

The Mirocopter SCH-2A was developed in Slovenia over a period of over a decade, from the outset the plan was to build the cheapest and one of the lightest helicopters in the world.

Above Video: This footage shows the Mirocopter SCH-2A being flown and displayed at EAA AirVenture in 2022.

Despite its small size, the SCH-2A is a true helicopter with standard helicopter command inputs. Vertical thrust is achieved by collective blade pitch control of both overhead rotors.

Cyclic blade pitch control of both rotors provides directional control, and yaw control is provided by the moving tail plates. Because there is no tail rotor the SCH-2A is said to be able to lift more weight and operate out of a smaller area.

The list of potential uses for the ultralight helicopter include cattle mustering and roundups, surveying, police and fire department use, and of course, personal leisure.

The company has distributors in the USA, Korea, China, France, Belgium, Luxembourg, and Slovenia. 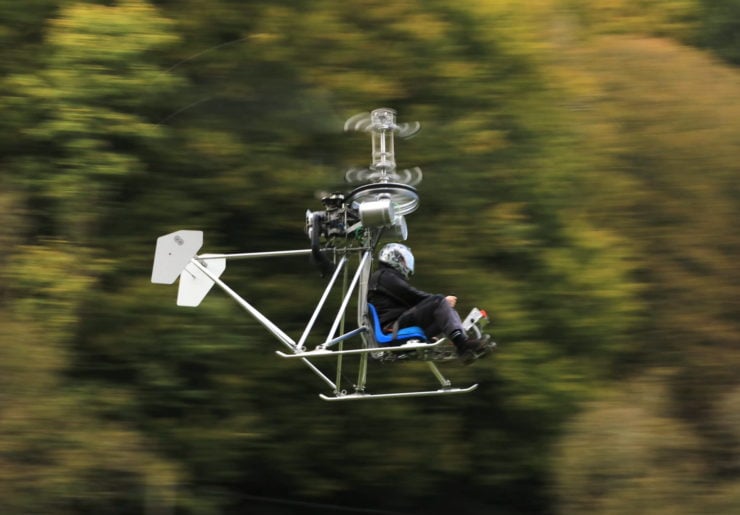 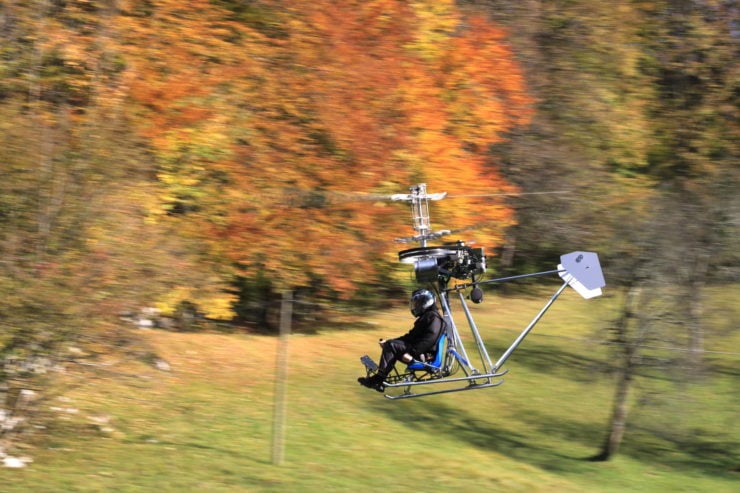 If you’re a braver person than me the good news is that the Mirocopter SCH-2A is now available for sale, in fact you can buy one on eBay for US delivery today if you like.

Editor’s Note: The eBay listing has now been removed. You can visit the Microcopter website here.

The cost is $35,000 USD and you can visit the eBay listing here if you’d like to read more or hit that Buy It Now button. 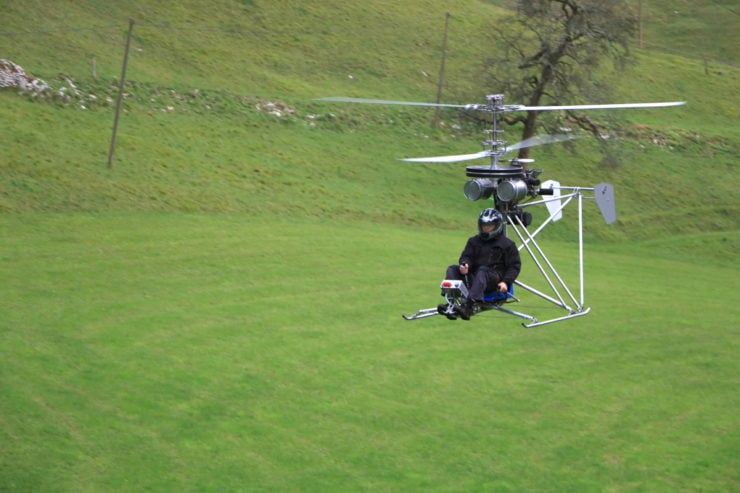 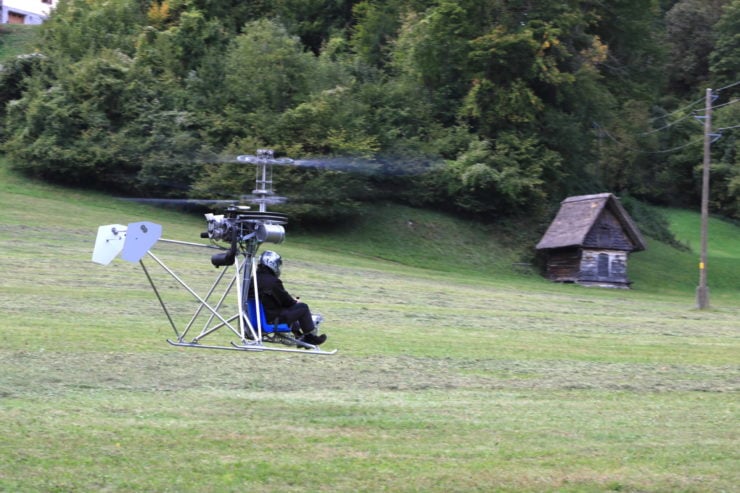 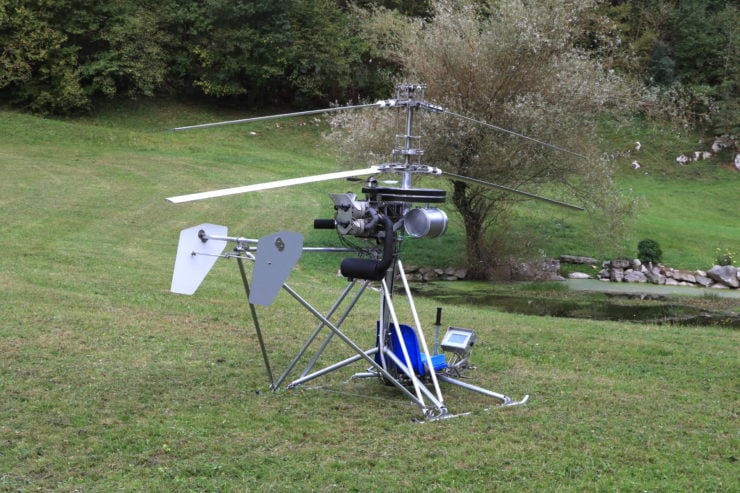 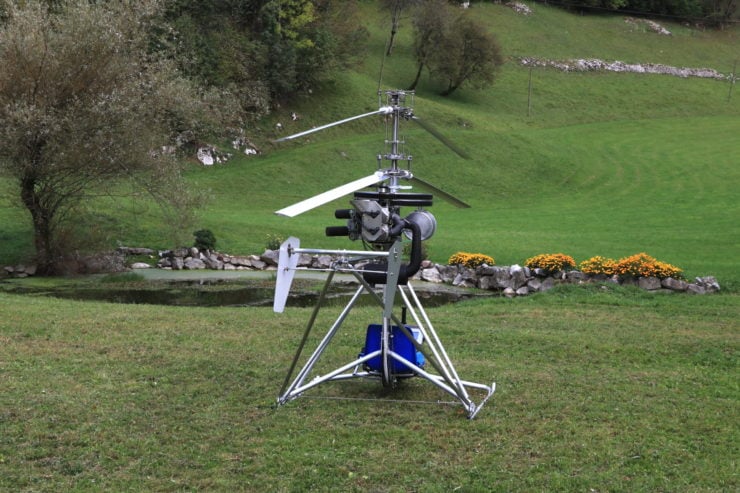 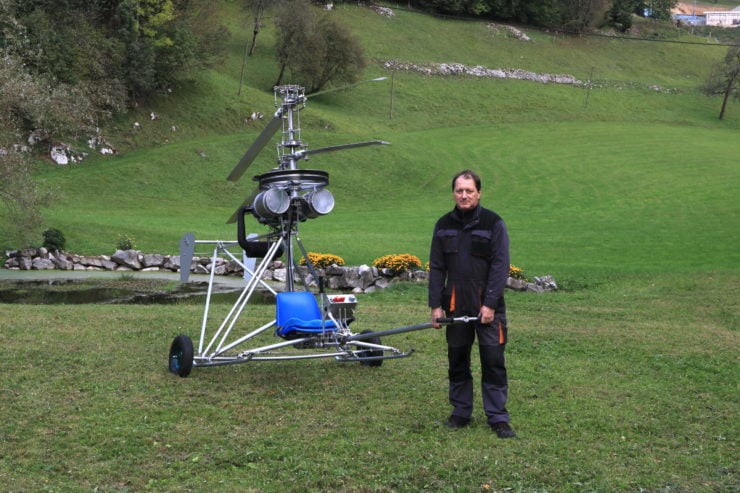 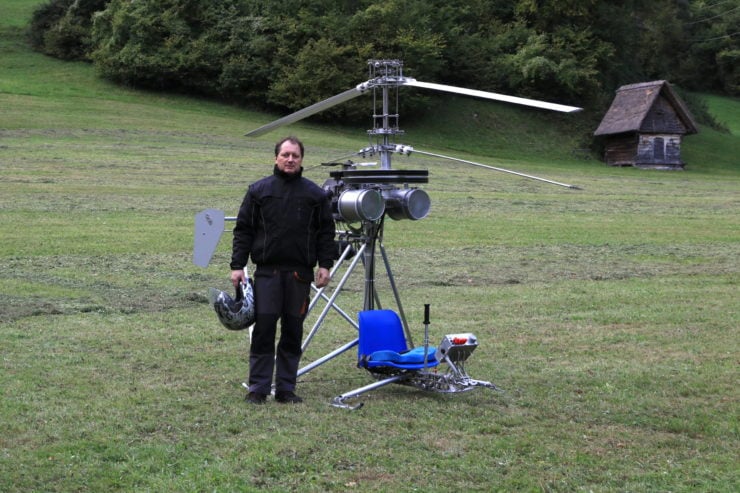