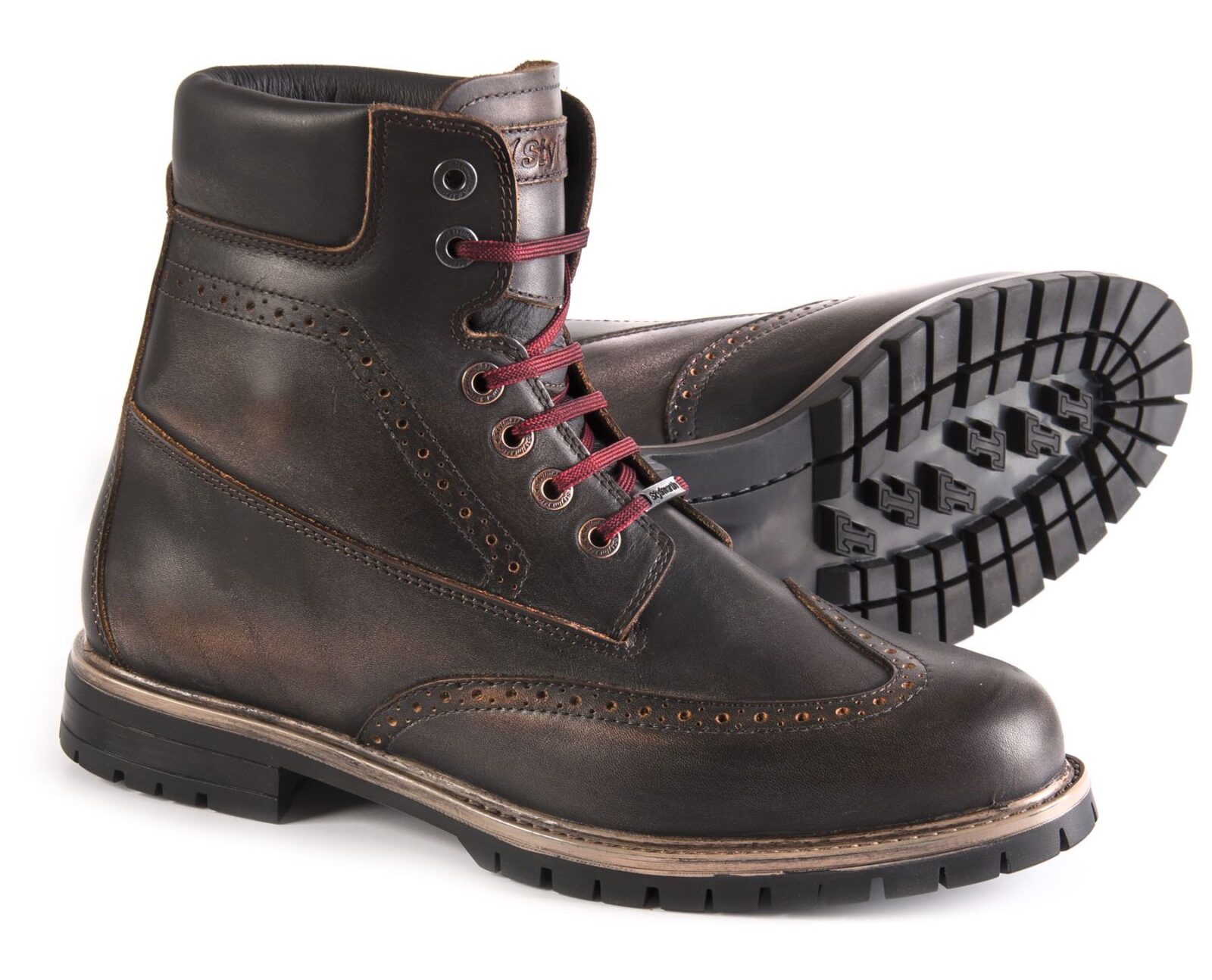 These are Stylmartin’s Wave boots, they’re one of the most popular designs from the Italian motorcycle gear maker, and they’re a common sight on the feet of riders of custom, classic, and modern classic motorcycles.

The Wave boots have a waxed full grain leather upper with a waterproof, breathable liner – an essential feature if you happen to find yourself getting caught in the rain, or if you want to use the boots for cross-country riding.

The boots also have an anti-slip, oil-proof sole and PU ankle inserts to help protect your feet from side impacts, ankle injuries can be common in motorcycle accidents due to side impacts and the high likelihood of being thrown from the bike. 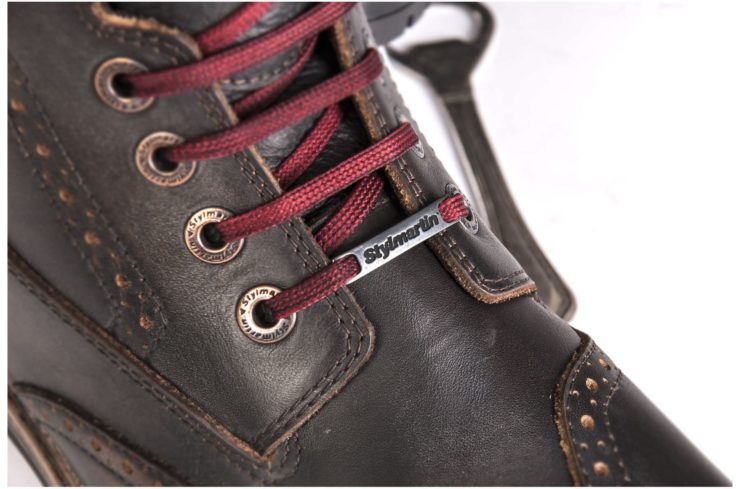 The upper is double stitched for additional strength, they feature tasteful brogue styling, and asymmetrical toe boxes to ensure you have plenty of protection from the shifter lever which can wear holes in boots.

The Wave boots come in dark brown with red laces, sizing ranges from 40 up to 47, and there’s a handy sizing chart on the website to help you convert to US and other sizes. The black sole has a traditional work boot tread pattern, and the ankle collar is thickly padded to ensure the boot remains comfortable and doesn’t chafe on longer rides. 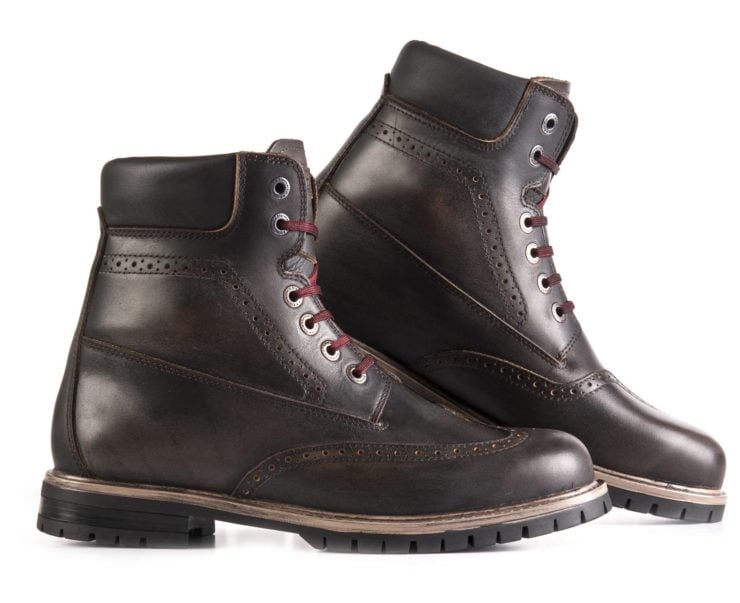