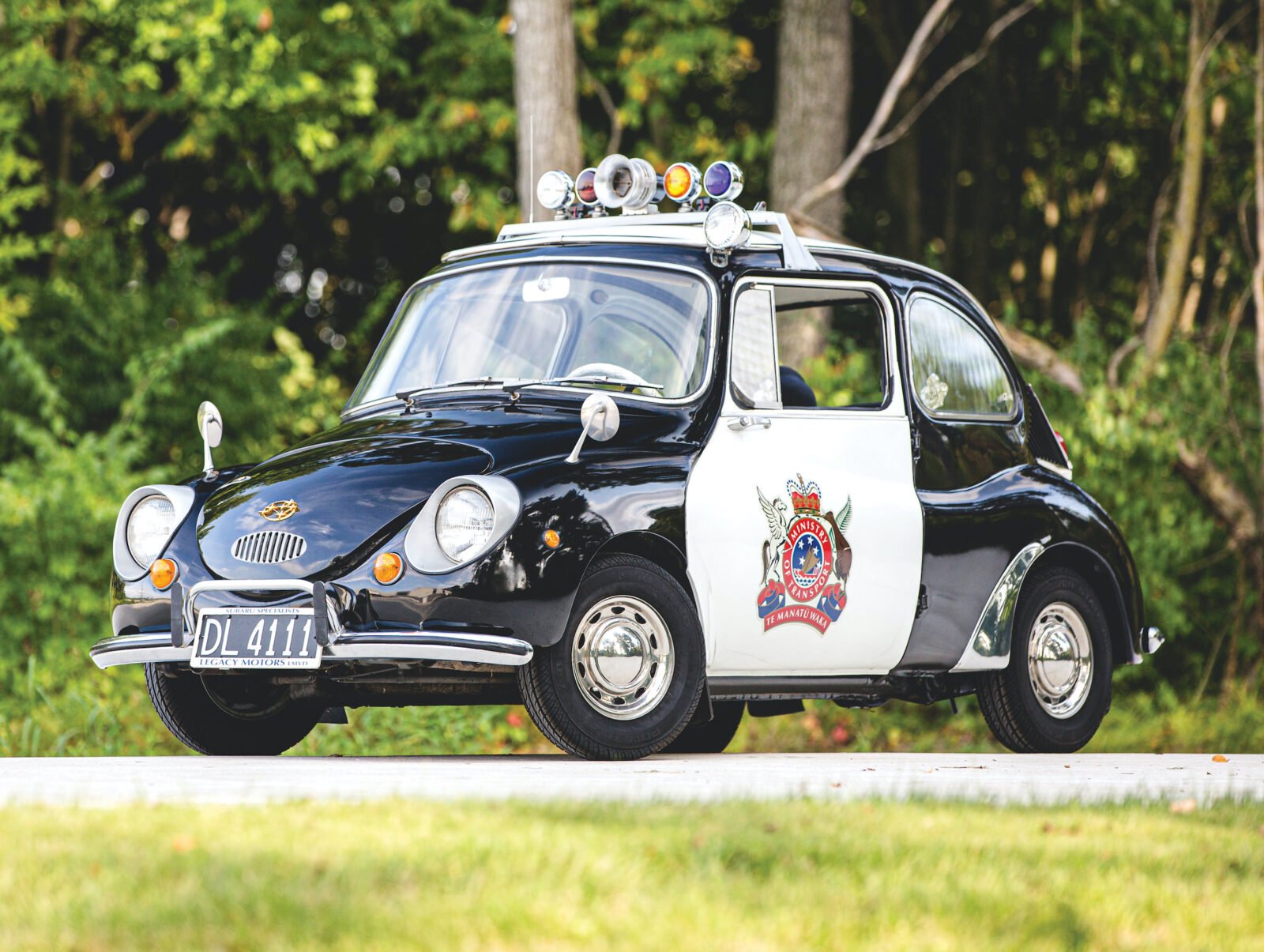 The Subaru 360 was the Japanese automaker’s first ever production car, it’s powered by a 356cc twin-cylinder two-stroke engine, it’s made of fibreglass, and it has a 0 to 62 mph time of 37 seconds.

The first car ever made by Subaru was the P-1, later named the Subaru 1500. It had an appearance somewhat similar to the affordable British sedans of the era, just 20 were built in 1954, many of which were used for testing.

When the Subaru 360 was first released in 1958 it’s unlikely anyone would have believed you if you’d told them that Subaru would grow to become one of the most respected manufacturers of top flight rally cars in the world. The humble Subaru 360 was built for much the same reason as the Fiat 500 and the Volkswagen Beetle – to provide an efficient form of transportation that was priced at a point that would make it affordable for working class people.

The little sub-360cc parallel twin engine was rear mounted, the car has front and rear independent suspension, and either a three or four-speed manual transmission, with a semi-automatic option available on later vehicles. The performance specifications of the 360 were somewhat sedate but it was never intended as a performance vehicle, the top speed was 60 mph and the aforementioned 0 to 62 mph time wouldn’t win any drag races.

The fibreglass construction was unusual for a Japanese car, the material was still relatively new and very few cars were being built with it, one notable exception being the Chevrolet Corvette. The lightweight nature of fibreglass meant that the car tipped the scales at under 1,000 lbs (and a little over 400 kilos).

Subaru had developed the 360 to meet Japan’s Kei Car market segment, a special series of laws that govern small capacity cars and ensure they have tax breaks and are inexpensive to operate. In Japan the market for small cheap cars was booming in the 1950s as the shadow of WWII receded, and the Subaru 360 became a popular car across the country.

An unlikely series of events saw the Subaru 360 offered for sale in the United States in the 1960s, and thousands would be sold from the late 1960s and into the 1970s.

A maverick entrepreneur named Malcolm Bricklin (who would later become famous for another one of his automotive projects) was in Japan in the 1960s researching scooters when he saw the little Subaru 360. He struck up a deal with the parent company (Fuji Heavy Industries, Ltd.) to be the sole US distributor. After a turbulent few years selling Subarus with mixed success he decided to set up his own company selling the Bricklin SV-1. 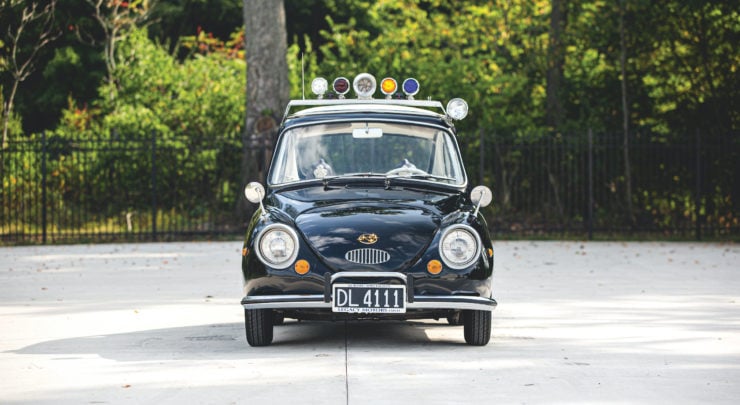 Subaru would keep the 360 in production from 1958 to 1971, it would be the car that started the company on a remarkably successful track, building oftentimes unusual cars that would establish a fervent customer base around the world.

The vehicle you see here is a rather unusual Subaru 360 that’s been done up in vintage New Zealand police livery. It’s fitted with a siren, light bar, and bobby hats, with the New Zealand Ministry of Transport shield on the doors. It’s unlikely that the vehicle was ever used for highway patrol or high speed pursuits, however it would certainly be something to behold.

It’s due to cross the auction block with RM Sotheby’s in October, there’s currently no estimate and it’s being offered with no reserve. If you’d like to read more or register to bid you can click here to see the listing. 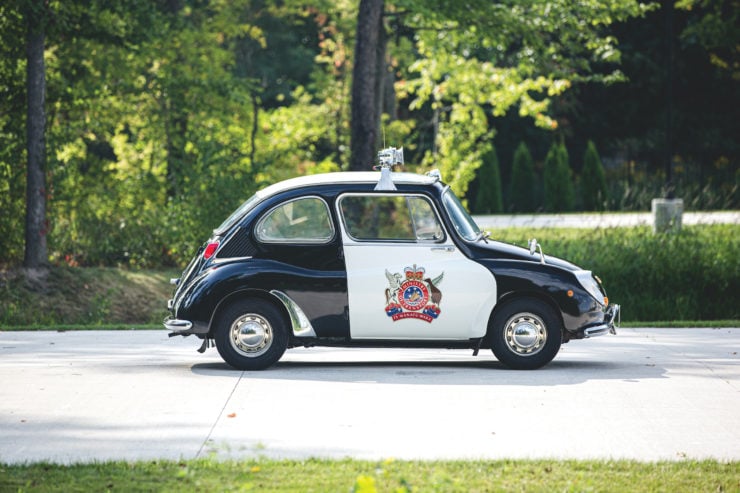 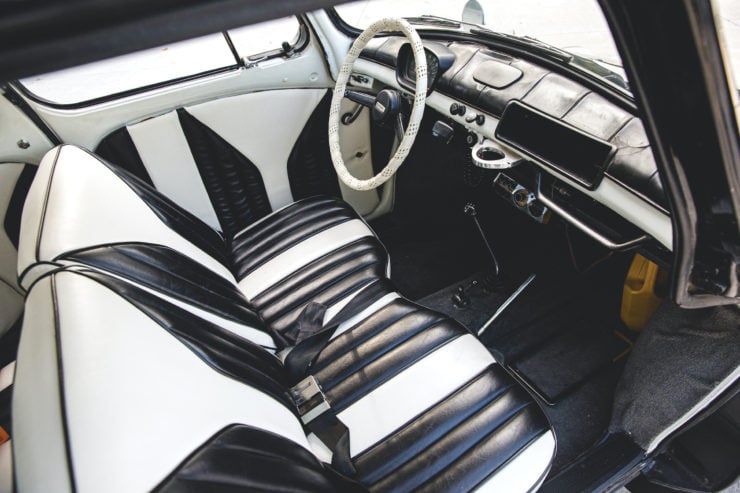 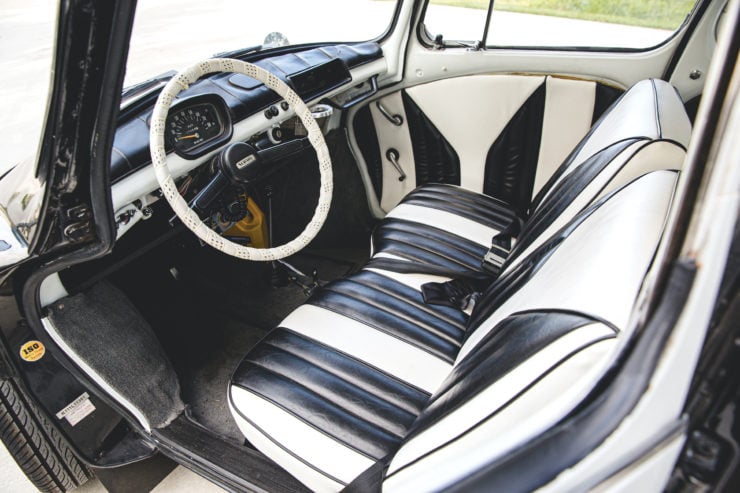 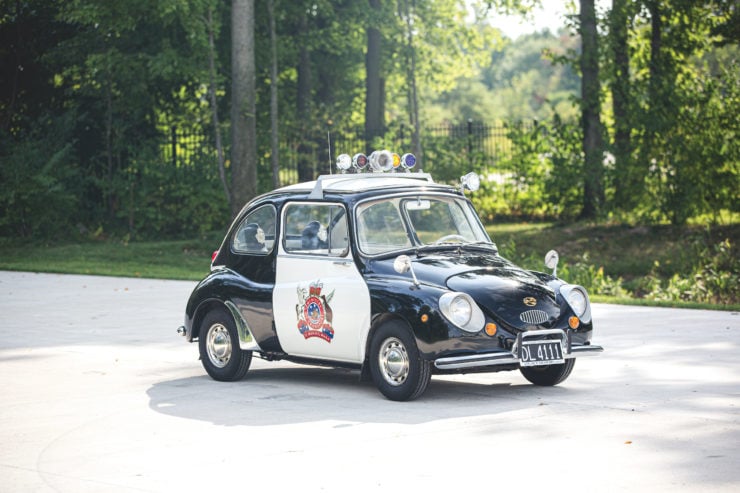 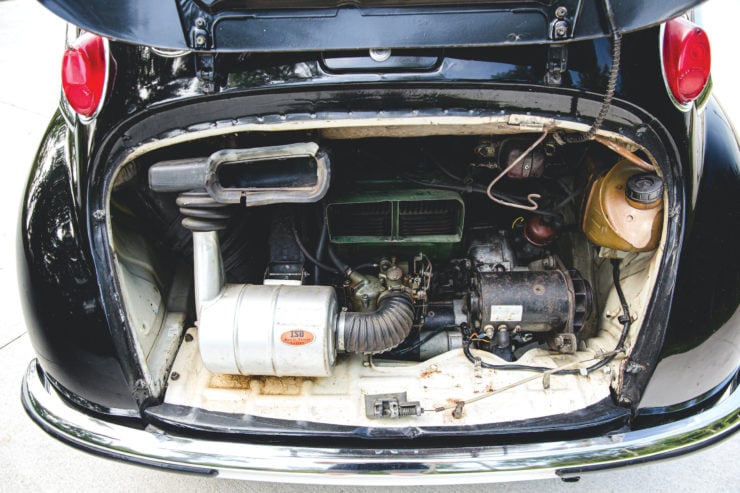 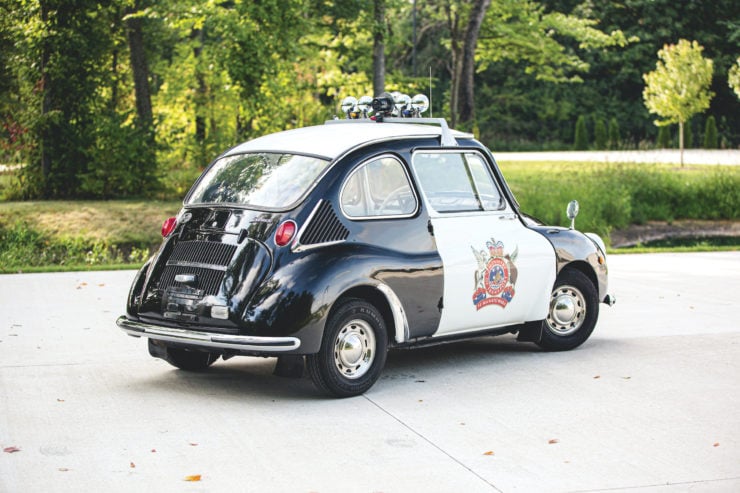 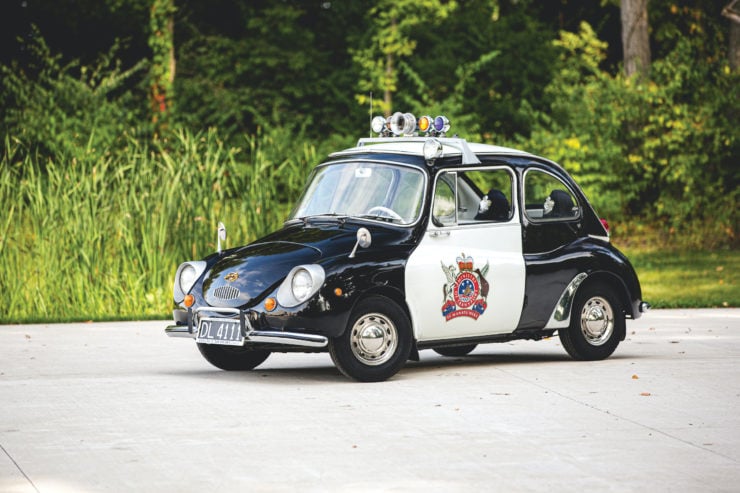 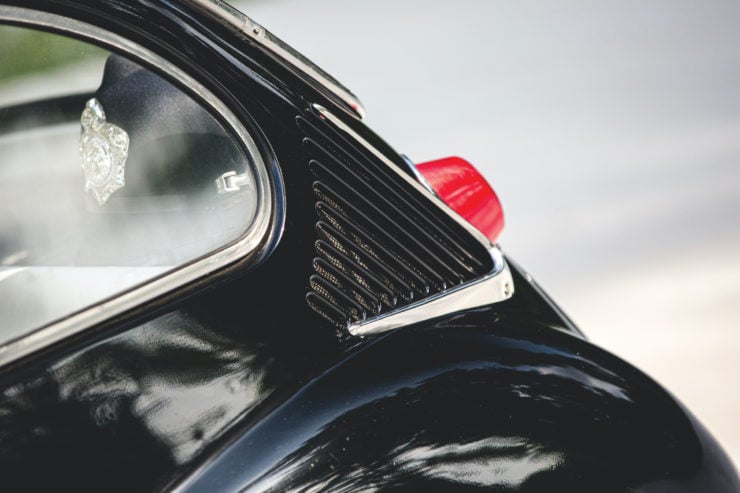 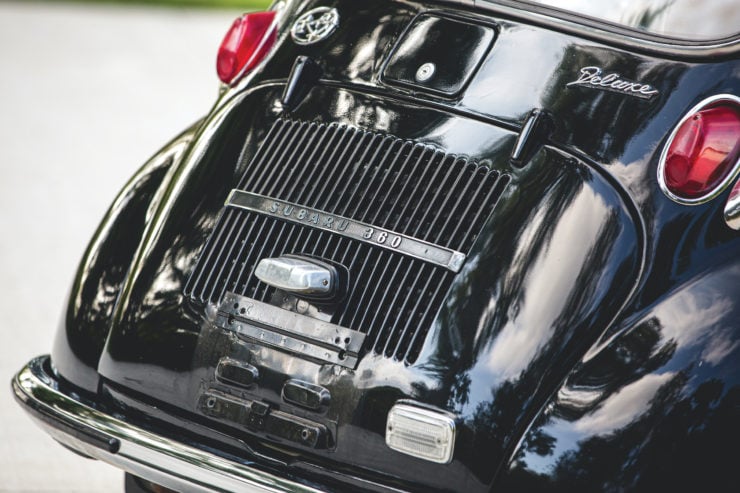 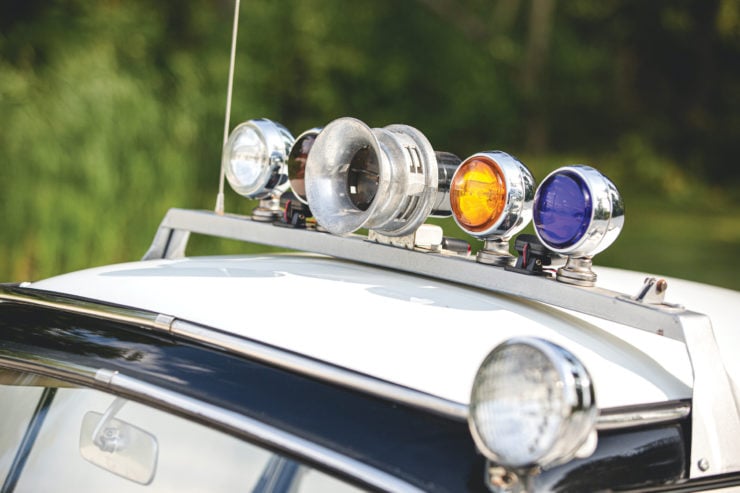 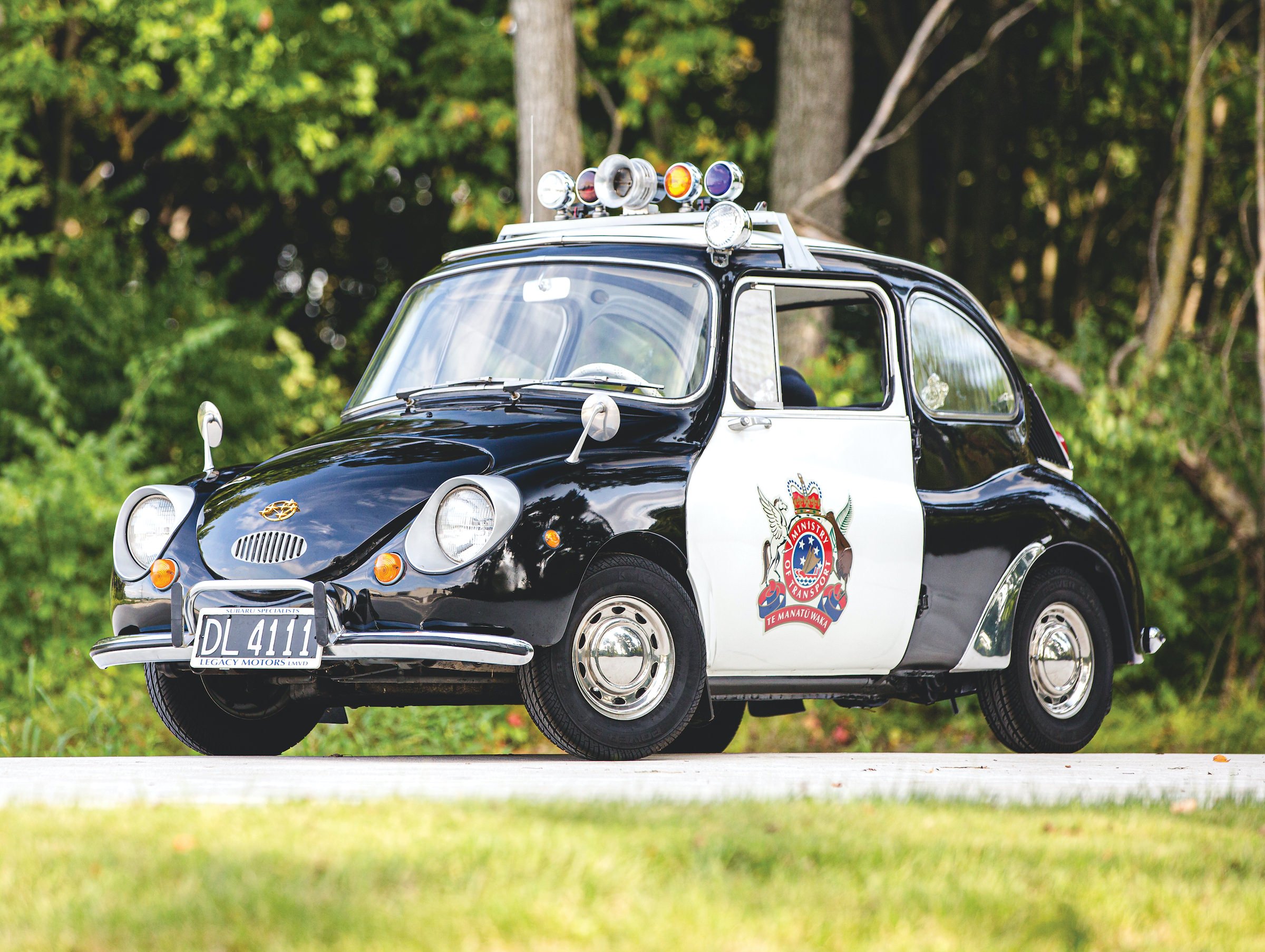 This is a Goggomobil cutaway engine, it’s had parts cut out to show the internal workings, probably either for mechanic training or public display…

The Jerrari: A Ferrari-Jeep Wagoneer Combination From The 1960s

The Jerrari is a vehicle that no logical person would build, it’s combination of a 1969 Ferrari 365 GT and a 1969 Jeep Wagoneer….