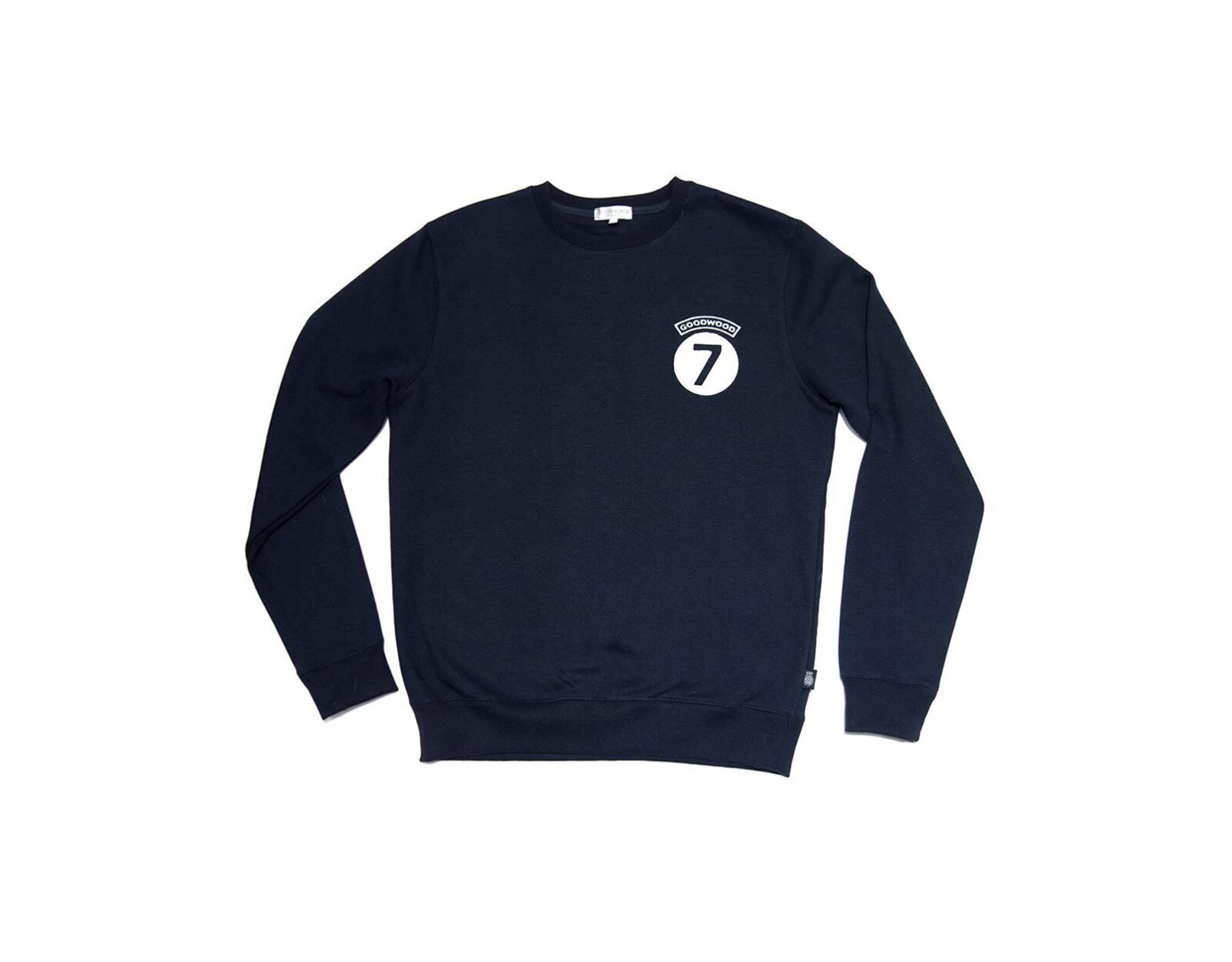 This is the new Stirling Moss No. 7 sweatshirt from the team over at Goodwood, it was designed as an homage to Sir Stirling’s Ferrari 250 GT SWB, which he famously drove to three back to back victories in 1960 including one popular win at the Goodwood Circuit.

It was during this race at Goodwood that Moss famously tuned the Ferrari’s radio in to the local radio commentary to learn what was happening in the race around him. So well-equipped was the 250 GT SWB that it it included its radio and many other amenities usually removed from racing cars for weight savings – even with them all still fitted the SWB make short work of its competition.

The 250 GT SWB remains one of the most popular of the Ferrari 250 GT series, through the 250 GTO is notably more expensive and generally more famous, the SWB has long been a favorite among enthusiasts.

Each one of these sweatshirts is made from 100% cotton to ensure it’s both comfortable and period correct. It uses the same dark navy blue as Moss’ Ferrari with the lucky number 7 on the front upper left.

The folks at Goodwood are offering this sweatshirt in sizes from XS all the way up to XXXL and they cost £50.00 apiece. Worldwide shipping is available as you would expect and this sweatshirt is joined by a new coffee cup carrying the same Moss-inspired livery. 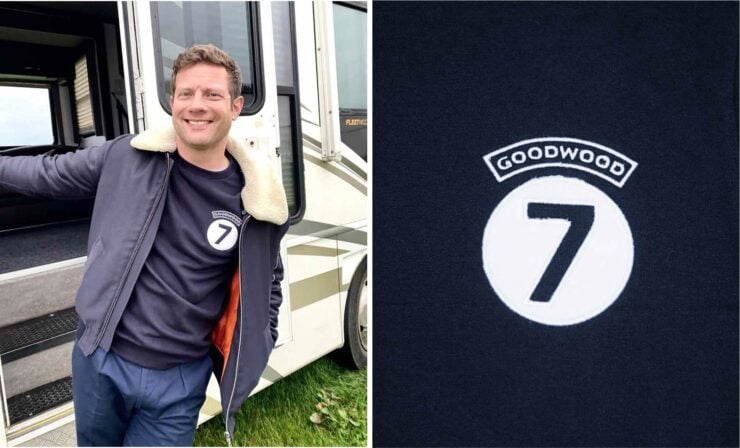